The mythical order of warrior monks in George Lucas’ space opus may grace the sign out front of owner Tyler Arnold’s arcade and pop culture museum.

But to explain his and son Ashton’s work ethic to reopen after a yearlong COVID-19 closure, Arnold goes deeper into the well of 1980s nostalgia than just the Jedi.

“We’ve gone through this big move, and through all this – ‘Goonies never say die,’ ” said Arnold, standing amid a refurbished Jedi Alliance that now fills a 7,400-square-foot building at the corner of Broadway Avenue and Fancher Road in Spokane Valley. “When the going gets tough, these Goonies get going.” 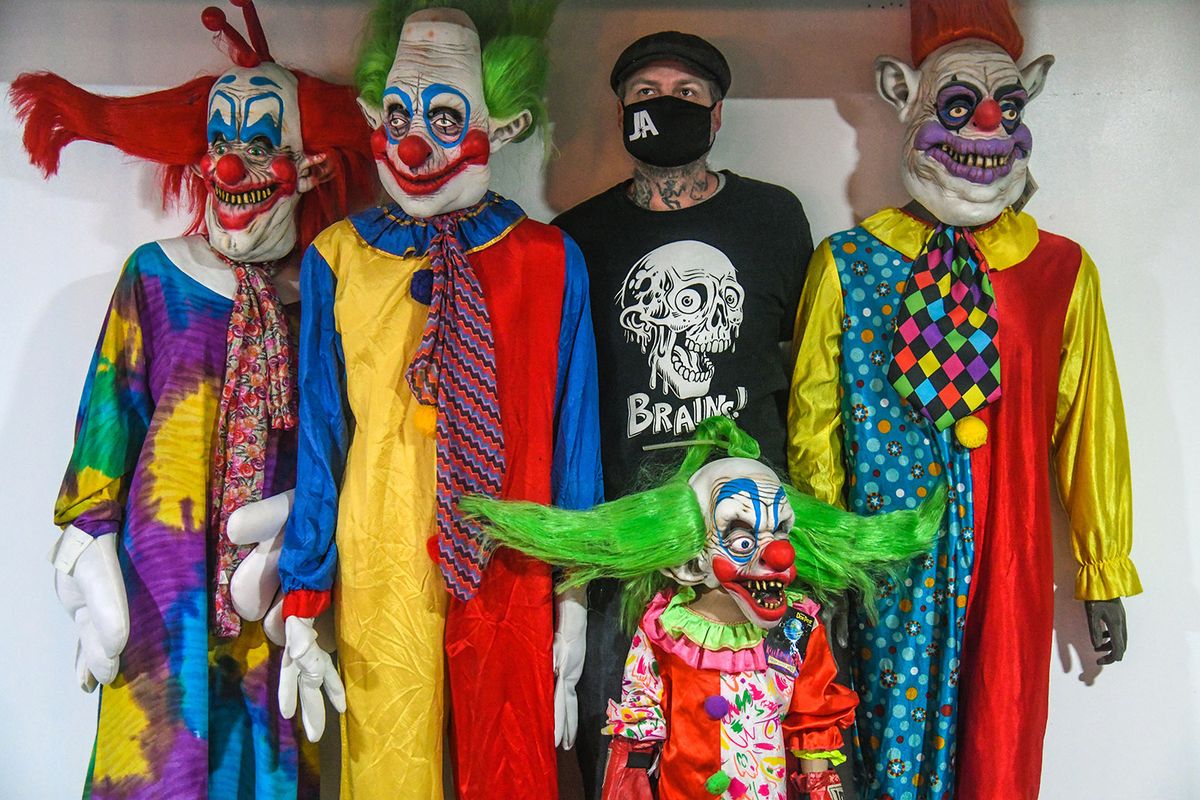 Jedi Alliance, the video arcade that opened in East Spokane in 2015, has been closed due to COVID. Owner Tyler Arnold is not clowning around. He has used the time to move his collection of ‘80s movie memorabilia and arcade and pinball titles to a new location at 5908 E Broadway Ave. (DAN PELLE/THE SPOKESMAN-REVIEW)

The 1985 cult classic film is just one of the influences that will strike visitors as they walk in the doors, transported to the decade of afterschool video arcades, punk rock artifacts and vintage toys that Arnold has spent a lifetime collecting and that had been open for Spokanites to peruse since 2016. Jedi Alliance will reopen those doors Thursday. It’s a little more than one year after closing their former location on Boone Avenue in Spokane as infections spiked and Gov. Jay Inslee ordered businesses closed and Washingtonians to stay home.

The pop culture church had already grown pretty big for its britches on Boone, Arnold said, drawing hundreds of visitors each week and taking up parking in the neighborhood.

When it became clear that video arcades wouldn’t be viable again until the late stages of the state’s reopening plans, the Arnolds set to work acquiring the building at 5908 E. Broadway Ave. and moving the dozens of arcade cabinets and pinball tables about 4 miles east. The building had been home to several bars and restaurants since the 1970s, but had been vacant for several years.

Arnold, who also works as a tattoo and piercing artist, brought in a partner to buy the building for about a quarter million dollars last May. He and several volunteers, including Ashton, set about renovating the inside of the structure, which was built in 1956.

The location has its own dedicated parking, and two working bathrooms, upgrades from the former location, an old warehouse-turned-church in the middle of the Chief Garry neighborhood.

The work reinvigorated father and son, Arnold said, who had fallen into a malaise as quarantine wore on.

“I don’t know what I would have done this year, if I didn’t have this,” Arnold said. “I would have gone stir crazy.”

They set to work tearing out a walk-in refrigerator and dishwashing area, replacing the restaurant remnants with blinking cabinets and pinball tables, some new to Jedi Alliance. The larger floor plan, about twice the square footage of the previous location, has the added benefit of providing more space between patrons as the state works its way through the new set of reopening guidelines and phases.

Under the guidelines released for entertainment venues at the beginning of February, Jedi Alliance will be able to permit about 25% of its fire code capacity, which is about 75 people at a time in the new location. Masks will be required, and there will be a hand-washing station as well as frequent cleaning of the machines.

Following the governor’s announcement Thursday, Arnold hopes to expand to 50% capacity after the first weekend, which should permit 150 people.

All the games will be operating, including cabinets like the popular four-player “X-Men” Capcom beat ’em up from 1992. The Arnolds didn’t want to limit the options available, and are encouraging visitors to practice good sense when playing with other people.

“For the most part, it’s going to be people living in the same house, or see each other often enough anyway, where that risk is already there,” said Ashton Arnold.

Tyler Arnold is encouraging visitors to think about visiting on a Thursday or Sunday during the early stages of the reopening phases, if they can. Should the building reach its capacity, they’ll have to make visitors wait to enter until others leave.

“People have asked, do you want to do presale tickets? I don’t want to deal with that,” Tyler Arnold said. “I think we’ll be OK.”

Reopening next week was important to Arnold because of the significance of a year without not just the games, but the community of people walking through the door and seeing the pop culture time capsule in real time. He’s still working on storage cases for his movie memorabilia and collection of original-run Star Wars toys, attractions that have brought some grown men to tears, he said.

There will be some additional sprucing up to do, including hanging a billboard-sized banner on the building’s Fancher-facing facade featuring a larger-than-life depiction of Darth Vader’s helmet and a lightsaber, welcoming geeks to the new spot. The banner initially hung at Disneyland during Star Wars weekend, Arnold said.

Jedi Alliance is also partnering with Spokane Pinball, a dealer of tables manufactured under the Stern brand. Visitors will be able to purchase tables that are on display in the arcade’s gift shop, the first of which is an Avengers Infinity Quest machine.

It’s just one of the many additions to the collection Arnold hopes draws longtime visitors back in. He’s dubbing the opening weekend the “Return of the Jedi.”

“Now we can offer our loyalest customers a new experience,” he said. “So, if you’ve seen it before, you ain’t seen nothin’ yet. And if you haven’t seen it, what are you waiting for?”