AIRWAY HEIGHTS – Spokane County lawmakers and representatives from Fairchild Air Force Base signed an agreement Monday to make way for the construction of a new multimillion-dollar firing range and training center.

The primary use of the Spokane Regional Indoor Small Arms Range will be to simultaneously train airmen and deputies. Sited near the corner of South Craig Road and Highway 902 on the West Plains, according to county commissioners, the estimated $32 million facility will have 21 50-meter lanes, an on-site armory, classrooms and offices.

Spokane County Sheriff Ozzie Knezovich said the county-owned training center will also have adjustable lighting to simulate various daylight, dusk or nighttime scenarios; a shoot house with adjustable walls and enough space to accommodate vehicles. While the sheriff’s office and Fairchild will be the primary tenants, Knezovich said “the entire region could be involved with this.”

“We’ve been planning on this for a really long time,” he said, “and this is very important for us because our value system is built upon training, education, innovation.” 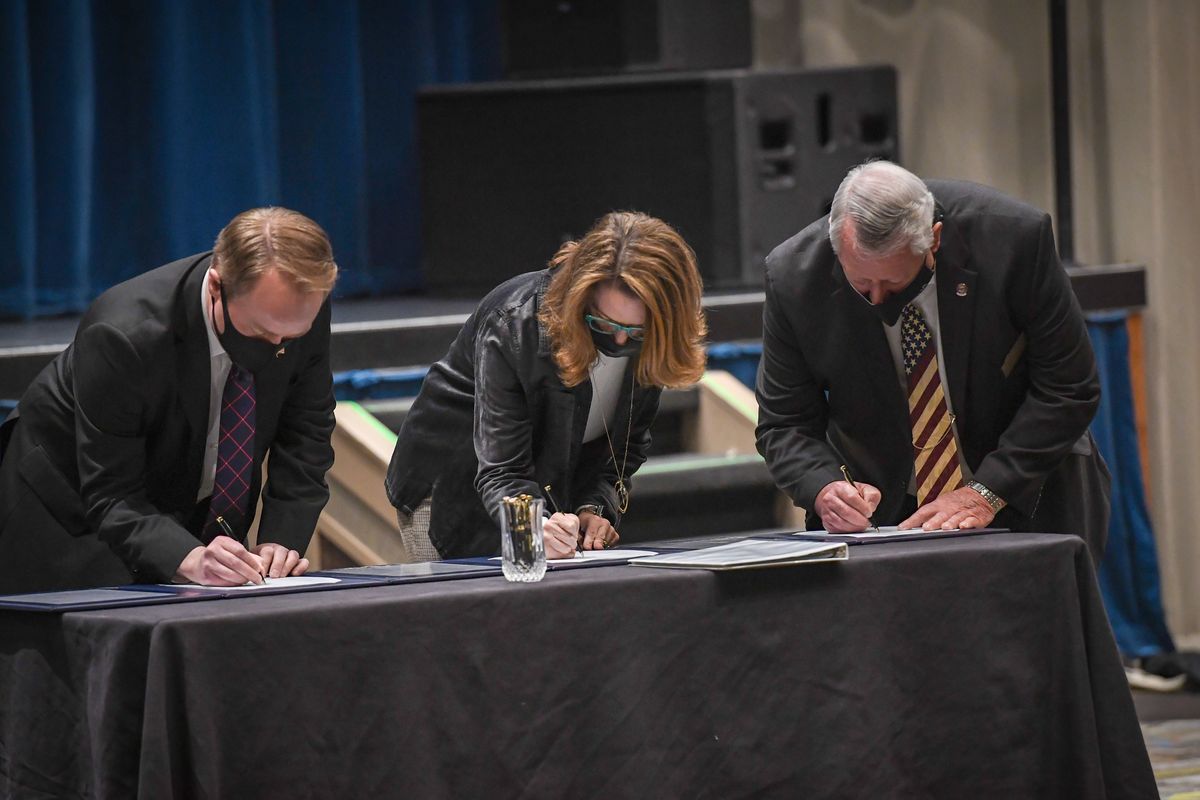 Spokane County Commissioners held a special meeting Monday at Northern Quest Resort & Casino to sign the intergovernmental support agreement with other county and Fairchild leaders. The public-to-public agreement is the first of its kind for the Air Force, Fairchild representatives said Monday.

Local and federal officials recognized Monday’s signing ceremony as the culmination of an effort more than a decade in the making.

Col. Cassius Bentley III, commander of the 92nd Air Refueling Wing at Fairchild, said issues with the on-base range arose in 2008 when the facility failed to meet Air Force standards, spurring Fairchild to make a team to explore a military construction project. Jeffrey Johnson, deputy director for the 92nd Mission Support Group, said the Fairchild range, while “on its last legs” at 30-plus years old, is still operational today with waivers in place.

Bentley said the Fairchild team and Spokane County got together around 2012 to find a more collaborative solution, arriving at the intergovernmental support agreement concept by 2016.

“It really goes into how important our relationship is with the community,” he said.

Project development faced a major hurdle, however, due to a federal law that limited the Air Force from entering into these types of agreements longer five years, French said.

“You can’t finance a project like this in five years,” he said.

“Anyone who puts on the uniform, whether it’s those who have served in the military or those that have put on the uniform for law enforcement, it’s important that they get the training and equipment that they need,” McMorris Rodgers said during Monday’s ceremony. “This is an important piece of that. This is a national model for how this can be accomplished.”

Kuney said, “It’s really historic because since the law has been changed, this is the first one to have that happen. Other communities are looking to us to see how this project goes so they can replicate something like this, whether it’s a small-arms range or housing different things, in the future for other bases.”