INDIANAPOLIS — A first-half 3-point shooting barrage allowed top-seeded Gonzaga to take early control of Sunday’s Sweet 16 matchup with fifth-seeded Creighton and the Bulldogs used balanced scoring to lead by as many as 27 points in the second half and cruise past the Bluejays for an 83-65 win at Hinkle Fieldhouse.

After scoring a career-high 30 points in the Round of 32 against Oklahoma, Drew Timme was Gonzaga’s points leader once again, scoring 22 points to go with six rebounds and four assists. Junior guard Andrew Nembhard matched his second highest-scoring output of the season with 17 points on 7-of-9 shooting. Nembhard also had eight assists to one turnvover and four rebounds. Joel Ayayi scored 13 points to go with eight rebounds and Corey Kispert overcame a slow start to finish with 12 points and seven rebounds.

Sunday also marked Gonzaga’s 26th consecutive win by double figures – a streak that dates back to the fourth game of the season against Iowa.

Ayayi led an efficient first-half shooting performance, making three of his first five shots from 3-point range while scoring nine points within the first 10 minutes, but Nembhard was the first Gonzaga player to double figures and had 12 points at the half, matching Drew Timme.

The decisive stretch came inside the final 10 minutes of the first half, when the Bulldogs stymied the Bluejays’ dynamic offensive attack, holding Creighton to one bucket for a span of 7:21. The Bluejays went just 1 of 12 from the field during that stretch, allowing Gonzaga to mount a double-digit lead and enter the halftime break with a 43-33 advantage.

John Blanchette: Immediate introduction of Andrew Nembhard has proven greed can be good for Gonzaga

And on Sunday, the Gonzaga Bulldogs reached the West Coast Conference portion of their March Madness schedule. | Read more »

Sure, the Bulldogs are undefeated. And they have won 33 consecutive games. But what’s most impressive is they have won their last 26 games by double digits, an NCAA Division I record. And Creighton wasn’t about to stop that. | Read more »

‘You can’t take a second off.’ Creighton overwhelmed by Gonzaga’s speed, efficiency in Sweet 16

It was one of the top objectives for Greg McDermott and Creighton entering Sunday’s matchup with top-seeded Gonzaga – an essential component to the blueprint for any team hoping to dethrone the unbeaten Bulldogs this season. | Read more »

Few was literally three seconds into his post-game remarks when he pointed out “once again I really thought it was our defense that made the difference.” | Read more »

17:46 – Gonzaga 9, Creighton 2: The Bulldogs race out to a quick seven-point lead behind five points from Andrew Nembhard.

Nembhard hit a 3-pointer on the Zags first possession and scored in transition to put them up 7 and cause Creighton to call its first timeout.

What a great anticipation bounce pass from Suggs to Nembhard. Another easy finish for a Zag off a Suggs pass. pic.twitter.com/abWFoiqwey

The Bluejays are 1-of-6 shooting.

Suggs waits for Creighton to switch on defense and then zips a pass to Timme for an easy bucket. #Sweet16 pic.twitter.com/emBP3nX4qv

Zags out to 9-2 lead. Suggs with pair of assists, one after Creighton turnover and one after Ballock misses tough 3, for Timme layup and Nembhard dunk. Nembhard hit 3 to open scoring

15:45 – Gonzaga 15, Creighton 9: Good shooting from both teams before the first media timeout.

Joel Ayayi has six points on 2 of 3 from 3-point range to lead Gonzaga.

GU 15-9 after a pair of 3-balls by Ayayi. Bluejays definitely giving him space, Ballock sagging on Timme and late around ball screen. Zegarowski 3 after Creighton had missed first four from distance

Marcus Zegarowski leads Creighton with eight points on 3-of-4 shooting.

7:52 – Gonzaga 32, Creighton 25: Bulldogs lead by seven as the Bluejays call their second of four timeouts.

Creighton hasn’t scored in 2:26 and has missed its las four shots.

Marcus Zegarowski has 11 points to lead CU. Bluejays center Christian Bishop picked up his second foul on a charge.

Fantastic defense from Watson.
Two possessions in a row of good defense from the sophomore. pic.twitter.com/dL8yHZa7wB

Andrew Nembhard has 10 points to pace the Zags.

3:52 – Gonzaga 37, Creighton 27: Bulldogs hold their largest lead of the game as the Bluejays poor shooting continues.

Creighton has made just 1 of its last 12 shot attempts and is now shooting 38.7%. Marcus Zegarowski continues to lead the Jays with 11 points.

Suggs puts the skates on the defender and blows past him for the and-1 finish. pic.twitter.com/kj2Ot3iBM1

Creighton lost some rhythm when Zegarowski took a rest and haven’t got it back on offense. One FG in more than six minutes with GU a bit more locked in. 37-27 Zags, 3:52 1st

Gonzaga 43, Creighton 33: Drew Timme and Andrew Nembhard each have 12 points and the No. 1 Bulldogs lead the Bluejays by 10 at halftime.

Timme is 6-of-8 shooting and has three rebounds and three assists. Nembhard is 5 of 7 from the floor and 2 of 4 from 3-point range.

Marcus Zegarowski leads Creighton with 13 points on 5-of-9 shooting. The Bluejays are shooting 39.5% from the field and have made just 3 of 13 from 3. Zegarowski made the three 3s for CU.

Joel Ayayi has added nine points and Jalen Suggs has seven for Gonzaga, which is shooting 60.7% overall and 5 of 13 from 3.

All-American forward Corey Kispert has just two points for the Zags on 1-of-1 shooting.

Gonzaga holds a 24-16 edge in points in the paint. Creighton starting center Christian Bishop has six points but has played just 10 minutes as he picked up two fouls in the half.

Andrew Nembhard and Drew Timme each have 14 points to lead Gonzaga.

This play only works with an elite passer and a cutter who can read what the defense is showing him. Shoots the backdoor gap. pic.twitter.com/Cb8PRyzMMe

Danger zone for Creighton as Zags stretch lead to 51-35. Kispert with two buckets. Bluejays 1 of 7 this half and continue to miss shots from close range.

Drew Timme has 16 points to lead GU. Andrew Nembhard has scored 14 points, Joel Ayayi has 11 and Jalen Suggs and Corey Kispert have each scored nine points.

Nembhard draws the Creighton big, then lays off the pass to Timme for the slam. pic.twitter.com/sZglKvJqYd

While Nembhard should rightfully get credit for his passing, Timme also has been ready for these passes all season. pic.twitter.com/nxqW4D1Hik

I could watch this the rest of the day and still be amazed. Suggs absolutely threads the needle to Watson. pic.twitter.com/aZKOgqEfMP

Jim Spanarkel points out how the Bulldogs excel at the fast break here and the reason for that is their spacing. Watch Nembhard hold the defender on the perimeter and Suggs shoots behind for the easy bucket. pic.twitter.com/JXIg5SsjNC

Marcus Zegarowski leads Creighton with 15 points. The Bluejays are shooting just 26.7% in the half.

The only issues the Zags seem to have this half is taking care of the ball. They have seven turnovers in just under nine minutes.

Gonzaga has made 10 of its last 11 shot attempts and is now shooting 63.3%. Andrew Nembhard leads the way with 17 points on 7-of-9 shooting.

Drew Timme has 16 points on 8-of-10 shooting for GU. Joel Ayayi has 13 points and eight rebounds.

Gonzaga built a 27-point lead, its largest of the game, before the Bluejays started a 6-0 run.

It might not be the Kennel, but the @ZagKennelClub is still bringing the noise! Tip off just a few minutes away. pic.twitter.com/Bo67yBx35n

“You couldn’t have picked a better group of people to go through this crazy, crazy year.”@JamieErdahl catches up with Mark Few before @ZagMBB’s Sweet 16 matchup with Creighton. pic.twitter.com/kkEvtgsaeo

#Gonzaga players get shots up at Hinkle Fieldhouse about an hour from tipoff. pic.twitter.com/jCOytRitJJ

Take it all in. pic.twitter.com/8F5ekgnSFo

I’m going to need a little help from the home viewing audience to ID the shooters on those corner jumpers today. pic.twitter.com/7WS6EqBH7Z

“Tell your mom that you have to keep the ‘stache.” 😂👨@DwyaneWade spoke with @drewtimme2 ahead of @ZagMBB’s #Sweet16 matchup. #MarchMadness pic.twitter.com/xbuXm0Eo1z

Creighton has a balanced offense, but it revolves around Marcus Zegarowski. | Read more »

Nembhard family has connections to Gonzaga and Creighton

Claude Nembhard is quite familiar with Gonzaga’s and Creighton’s programs. | Read more »

Creighton senior guard Mitch Ballock has been around long enough to remember his team twice holding halftime leads against Gonzaga before coming up short. | Read more »

That warm snuggle of Hinkle Fieldhouse nostalgia – at the heart of Indiana’s love affair with basketball – just isn’t what it used to be. “Hoosiers,” movie fans, just couldn’t happen today. Let’s count the ways. | Read more »

Fans can bet on just about anything in March Madness and a lot of folks are backing Gonzaga and several of its top players. | Read more »

Gonzaga and Creighton have some recent history and it involved players on both teams that will be main figures in Sunday’s showdown in the Sweet 16. | Read more »

John Blanchette: With the bracket busted, who has the best shot at tripping up Gonzaga before the NCAA finish line?

So the NCAA’s selection committee got it right, after all. Kidding! Those bozos didn’t have a clue. | Read more »

Tale of the tape: Gonzaga vs. Creighton

Today’s huge Sweet 16 matchup pairs off the undefeated, ferocious Gonzaga Bulldogs and the dainty little songbirds of Creighton University. We don’t need to talk much pregame smack, however. We’ll let the numbers do that. | Read more » 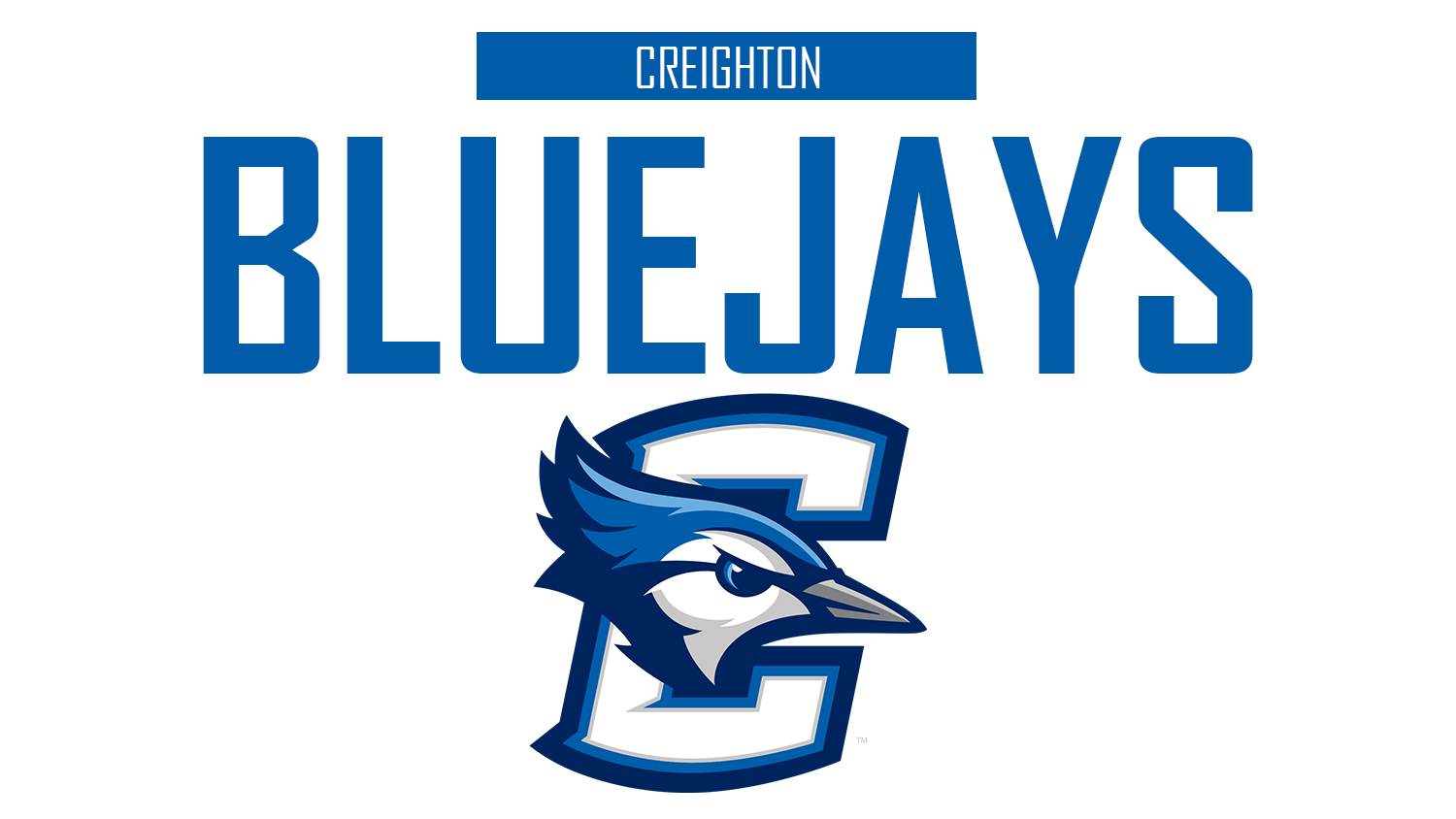 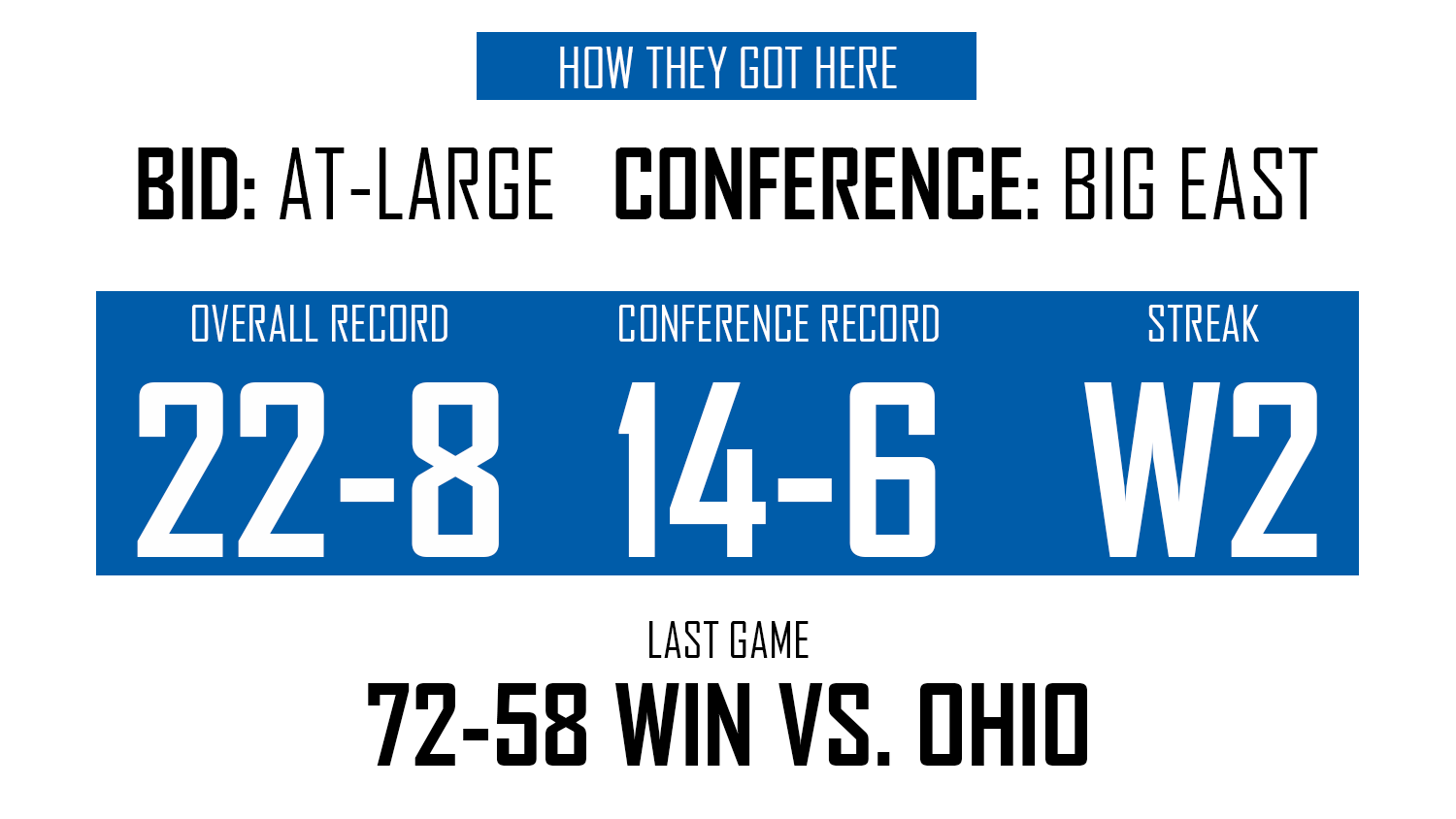 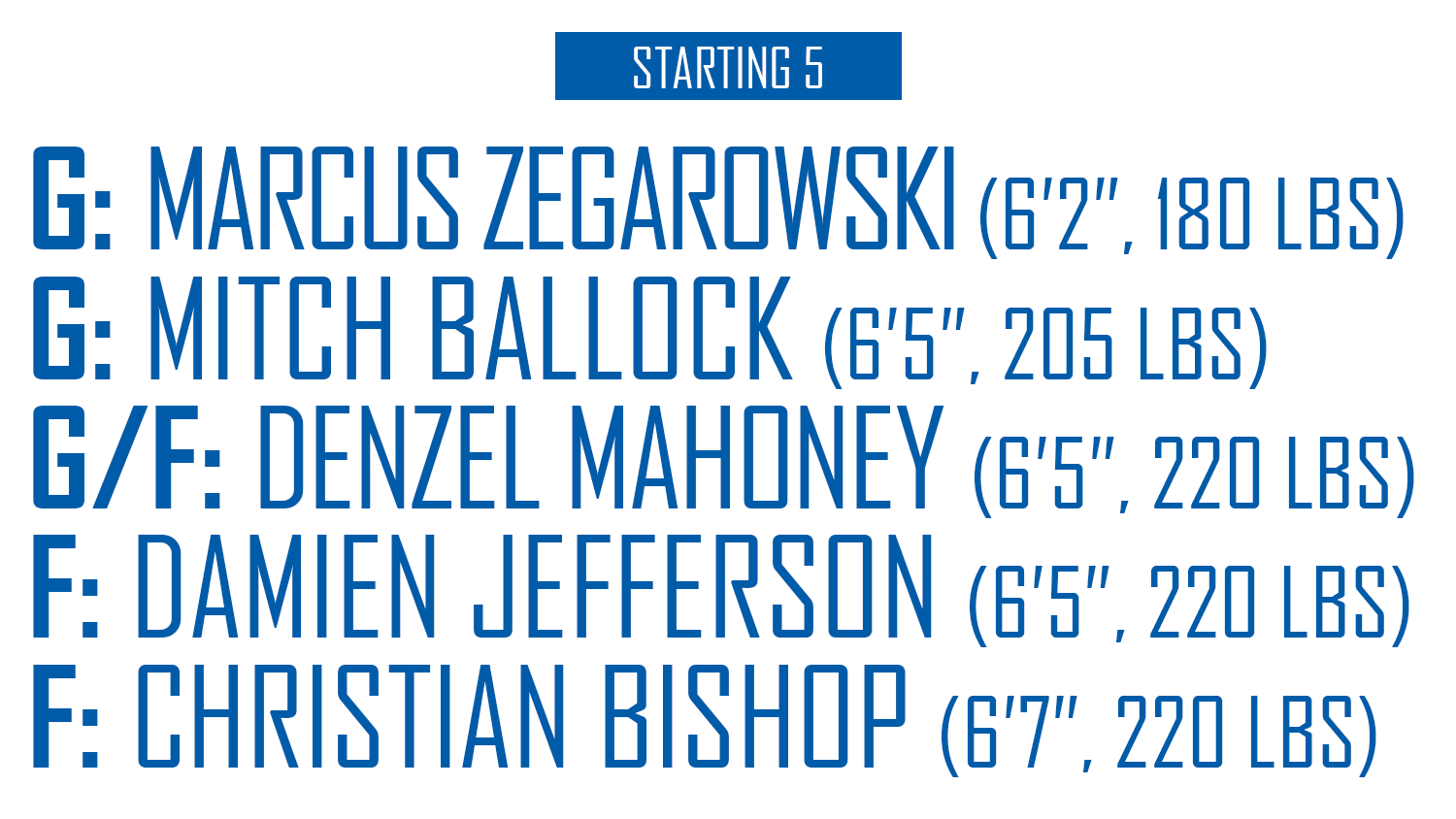 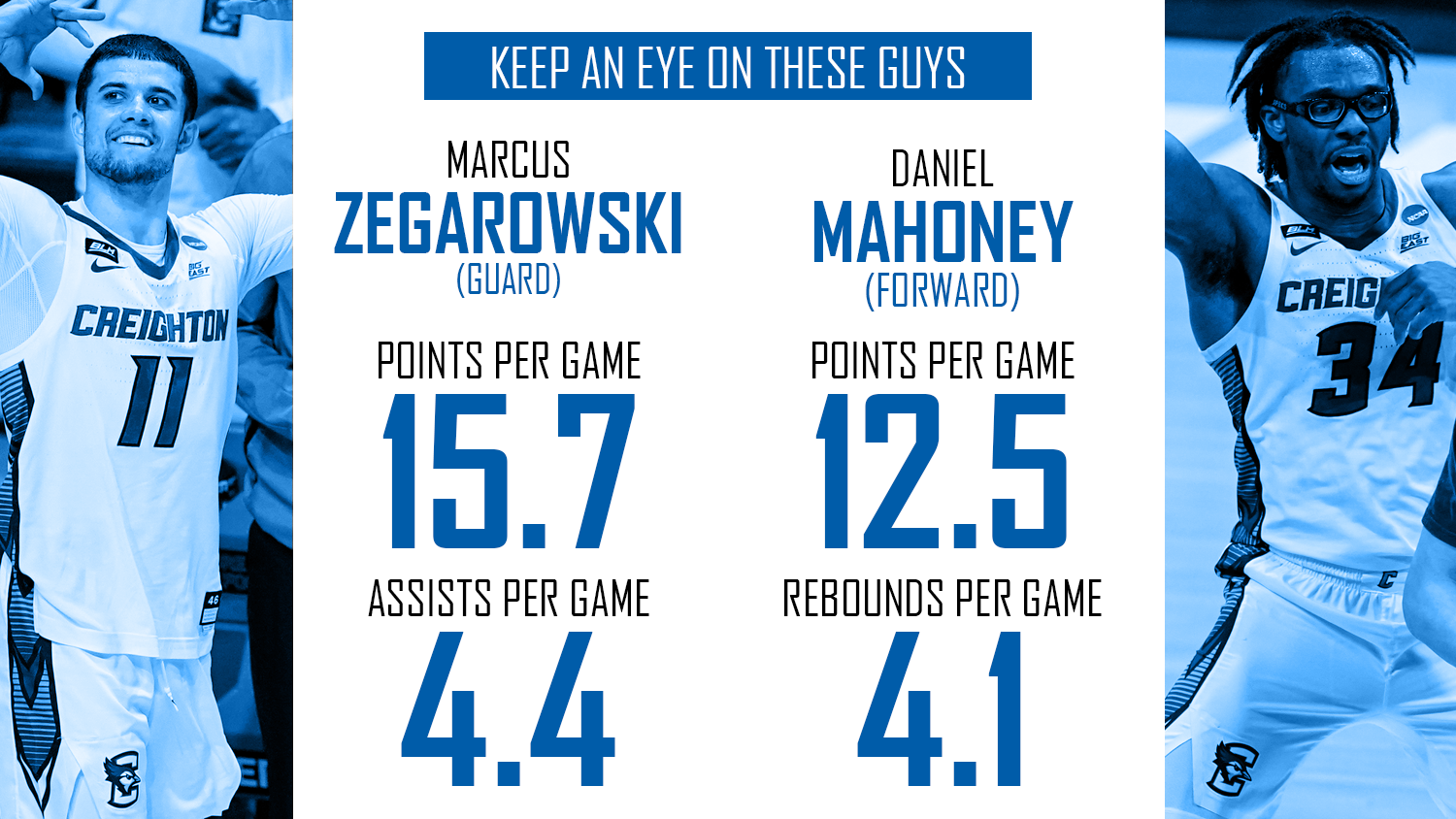 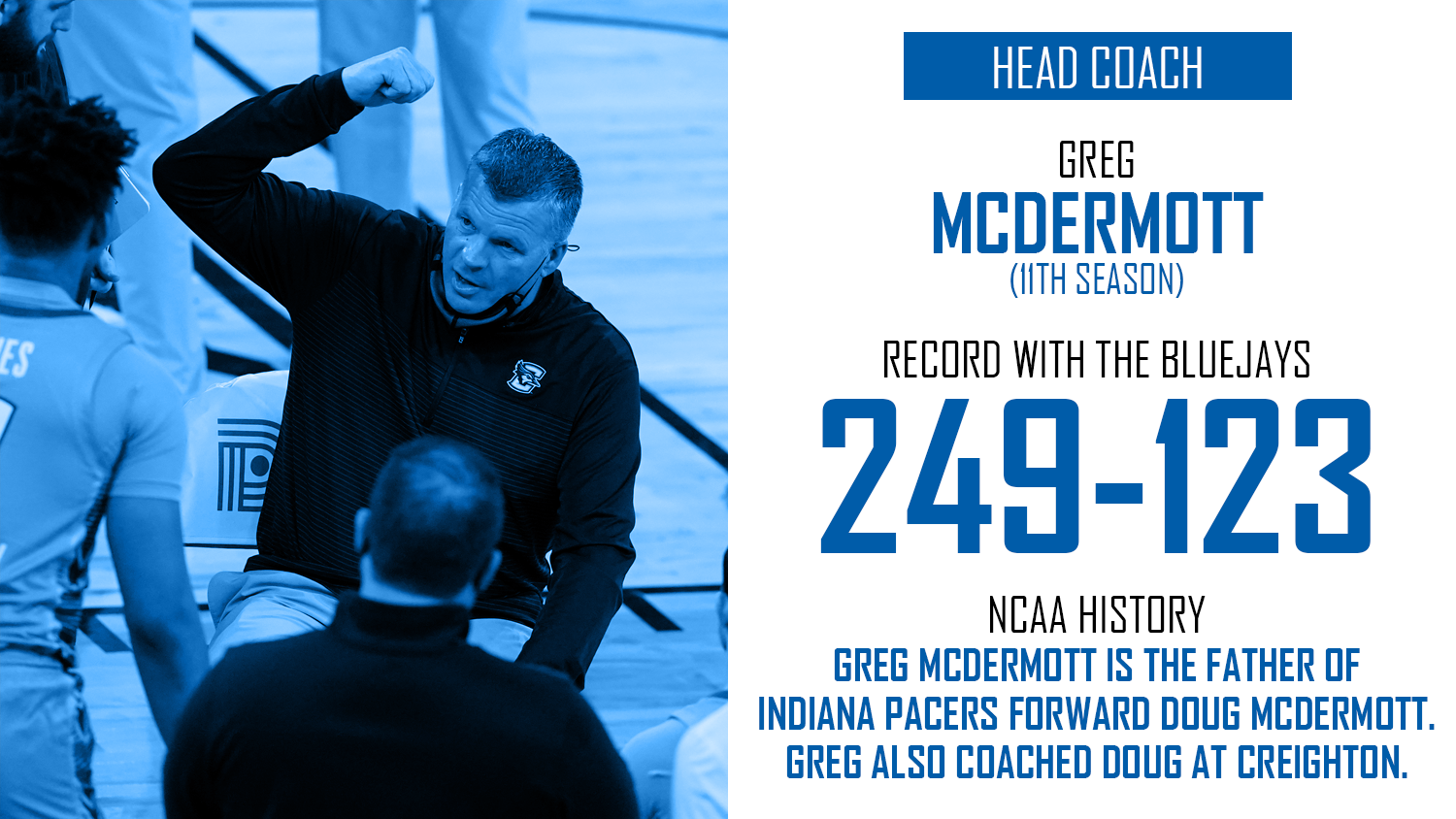 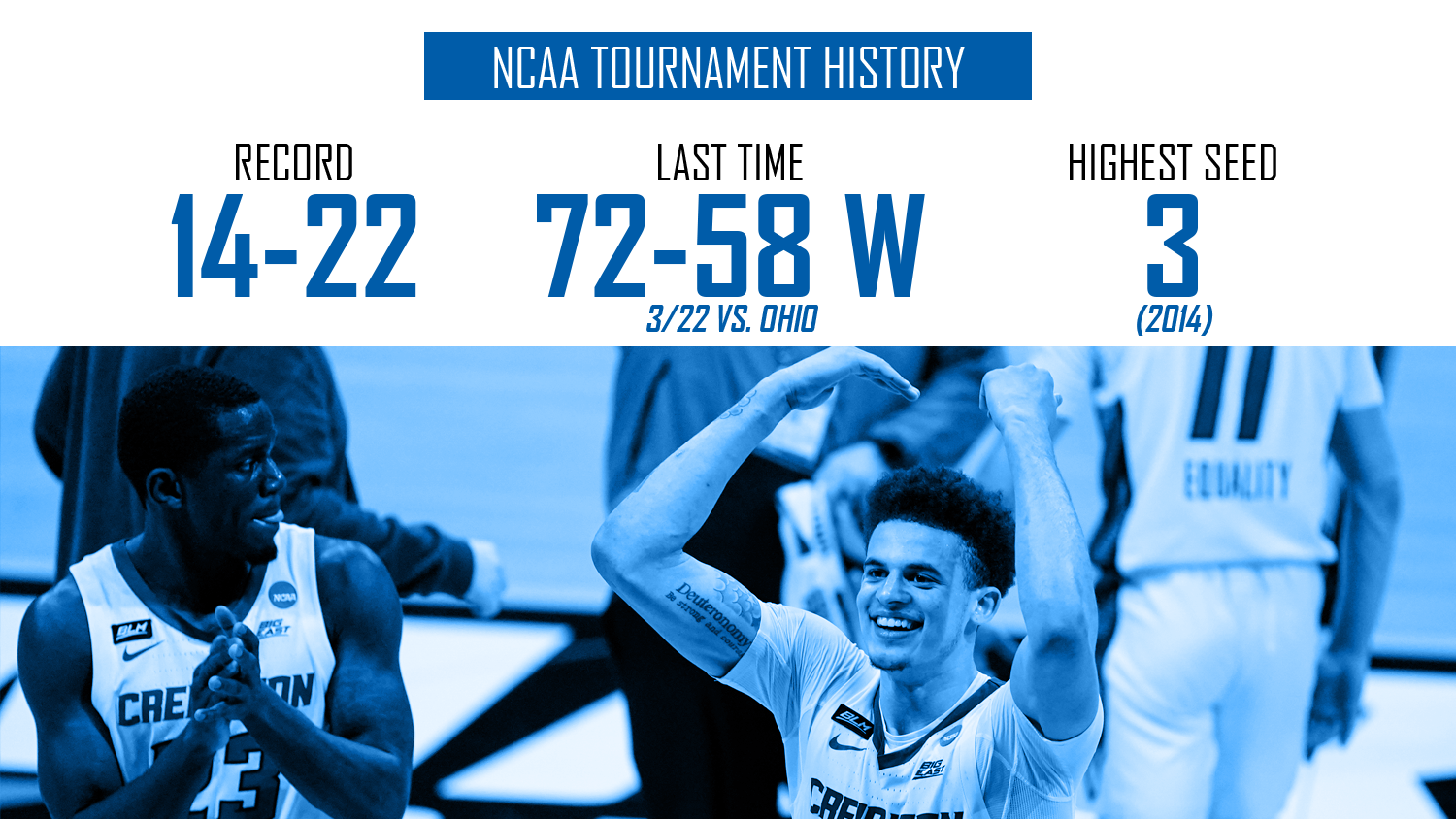 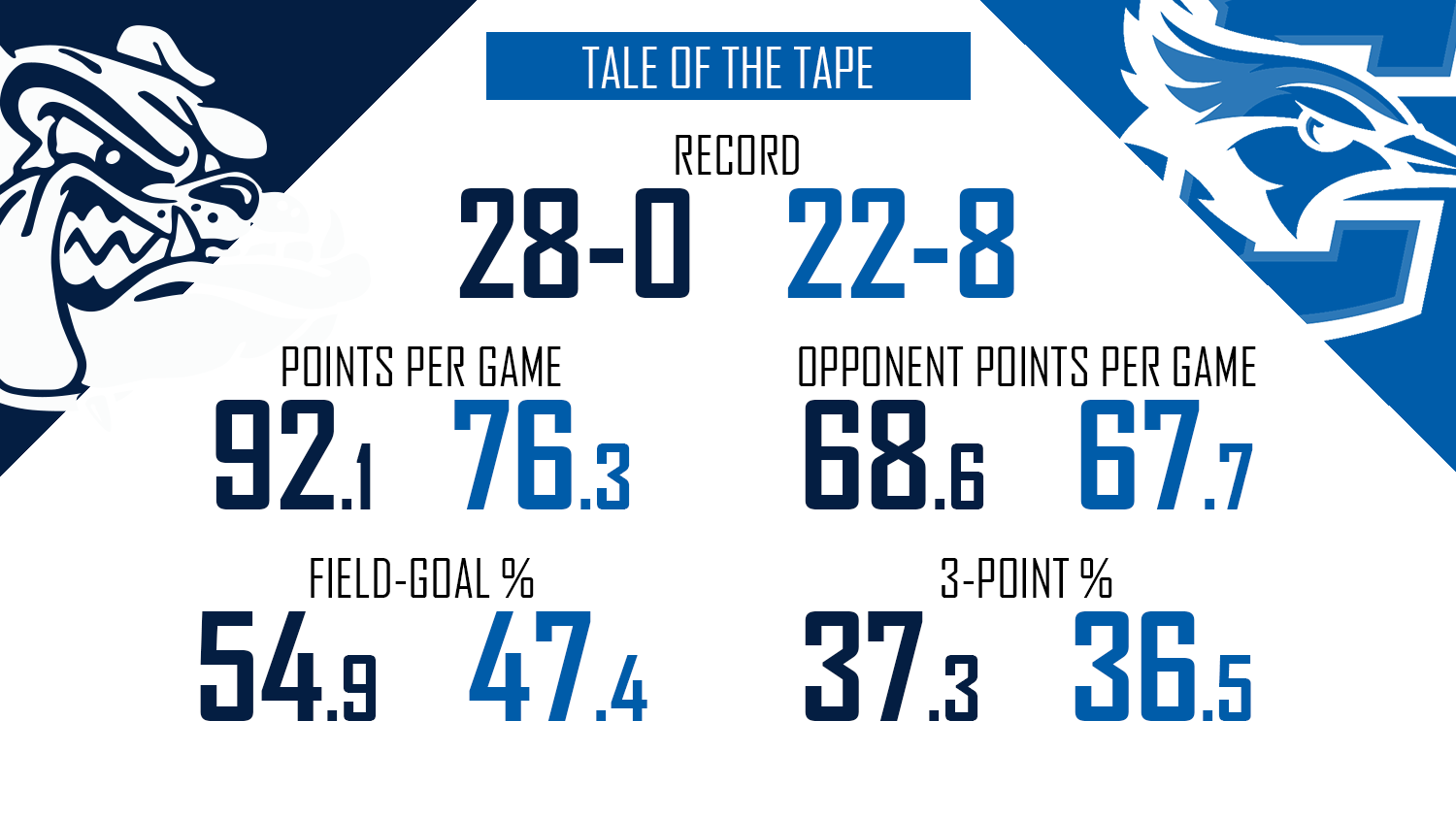