“How I’m doing is how you would expect somebody who just won a million dollars to be,” 65-year-old McGunagle said with a laugh. 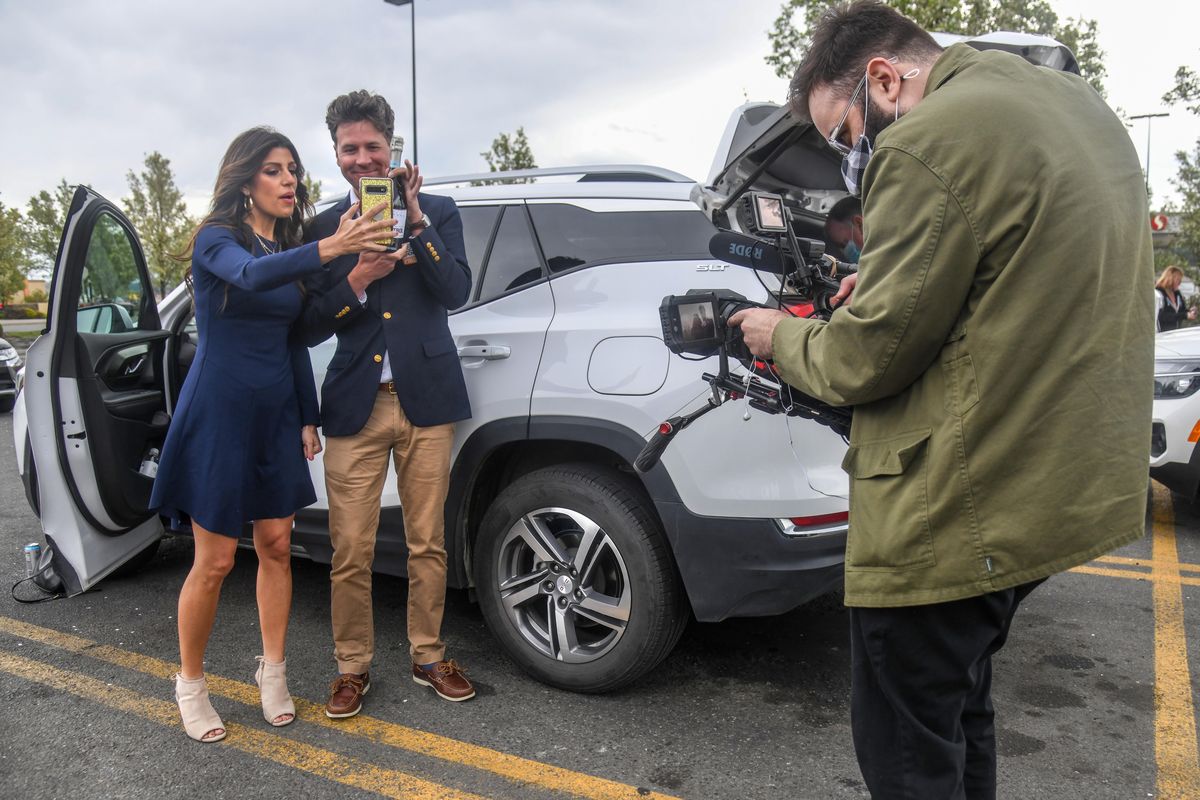 Danielle Lam, left, and Howie Guja, of the Publishers Clearing House Prize Patrol, take of picture of a Champagne bottle in the Safeway parking lot on Market Street before heading out to award a $1 million dollar prize to William McGunagle of Spokane, Friday, April 30, 2021. (DAN PELLE/THE SPOKESMAN-REVIEW)

For the past three years, he’s been battling throat and lung cancer while facing the mounting copayments that come with each scan and radiation treatment. With his most recent scan coming up clean, he said the first thing he did with his prize money from Publishers Clearing House was send some to his two adult daughters. Next up, he’s going to get a paint job and convertible top for his 1994 Mustang.

“I’m 65 years old; it sounds like they’re challenging me to live to 95,” McGunagle said.

McGunagle has been entering the contest annually for 20 years. When the “prize patrol” Danielle Lam and Howie Guja walked up to McGunagle’s house with a giant check for a million dollars, he wasn’t home.

They knocked, rang the doorbell and a small dog appeared, followed by a German shepherd, still without sign of a human resident.

Lam and Guja trotted across the street, where Jerry Francis learned his neighbor McGunagle would become a millionaire in a few short hours.

Francis called the McGunagles, who were unaware of their new wealth while on a Costco run during the rare morning they didn’t have any kids at their home preschool center.

“He just said, you need to come home and you’re going to be pleased,” McGunagle said.

Then when McGunagle arrived home, the prize patrol had set up around the block. He was unloading groceries when balloons, people and the check appeared at his address.

Even if they’d won $1 million all in one chunk, McGunagle said he wouldn’t be the type to make big, flashy purchases.

Kat’s Early Learning ECEAP, named for William’s wife and co-owner Katherine McGunagle, caters to low-income families, and $25,000 a year won’t be speeding up retirement for the couple.

“We get to help children and families with low income. We wouldn’t trade it in for anything,” he said.