A GRIP ON SPORTS • Writing at 30,000 feet is just like writing at 100 feet, except the view is different. Not necessarily better – the view from 100 feet above Pt. Lobos is darn near perfect – just different. Want to know what is better? The day state of Washington sports fans had Sunday.

• We’re winging our way back to Spokane this Monday morning, leaving 100-degree heat for something a bit milder. But that doesn’t mean we didn’t keep track of what was happening in the Northwest. 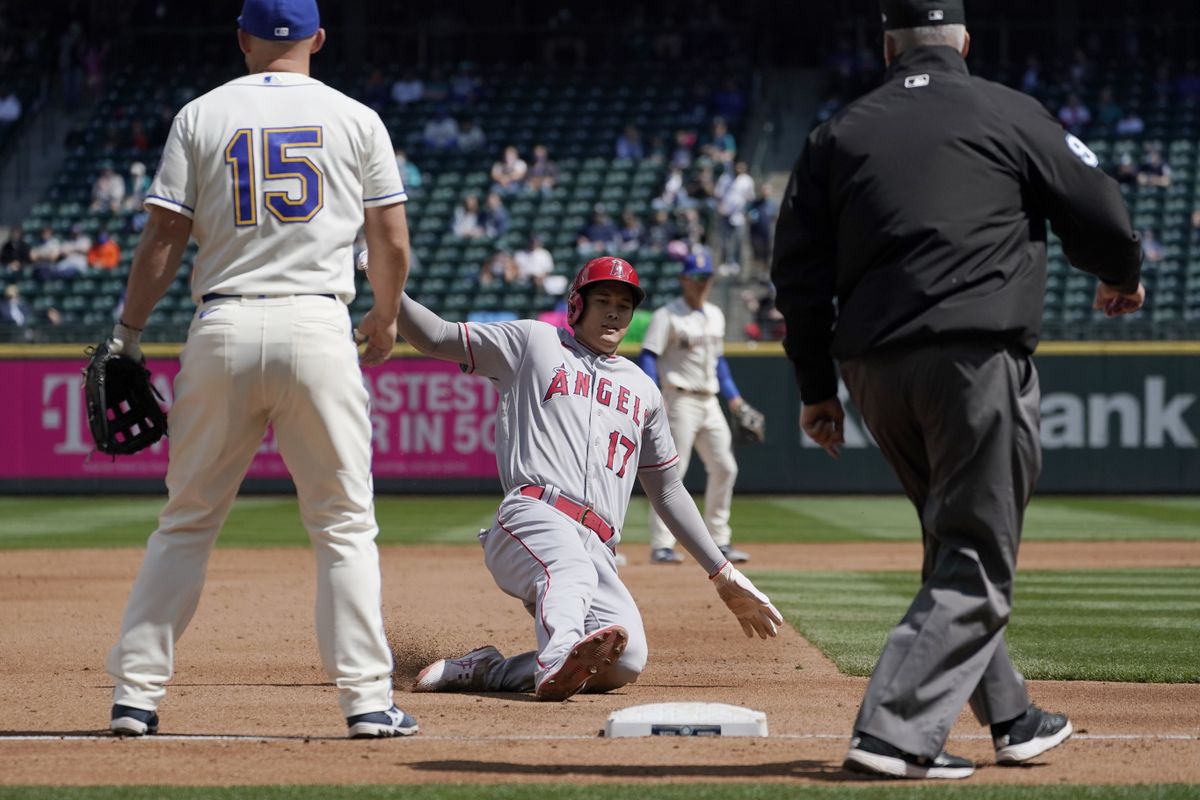 We always stay tuned to the M’s. Especially when they are playing the Angels, the team a certain amount of my college buddies rooted for, though we never really understood why. An M’s win over the Halos is always appreciated.

They were all needed because this year’s Mariner offense is still a work in progress – and may be until they are eliminated from the postseason again. That is the endgame, right? This year at least. The sequel may be different if Doctor Strange can figure out how to bend time.

No need to bend time Sunday. It just needed to run out. The Sounders stepped on the Lumen – that’s right, isn’t it? – turf to notch their second win of the young MLS season. After all, the opponent wore Galaxy kits, even if they are a pale imitation of the power that resided in Los Angeles a decade ago.

That power balance is all Seattle’s way these days and it showed. Brad Smith continued to assert himself and Raul Ruidiaz was, well, Raul Ruidiaz, scoring his third and fourth goal in the year’s three matches.

No matter what altitude you took this one in, it was an old-fashioned domination from nearly the beginning.

• Yesterday would have also been Bloomsday if only the world were a different place. It isn’t, of course, so Spokane’s yearly celebration of spring and staying (relatively) fit didn’t take place in the same form.

It is, however, taking place. It’s just not a whole bunch of people in one place, starting out together and finishing over the course of hours. The virtual nature makes it less of a community event and more of a singular accomplishment. Though the communities, including the one that consists of those who have finished the race each year, are still with us.

Maggie Quinlan was there Saturday as a group of those folks gathered to celebrate the springtime ritual that has been in their life for more than 40 years. 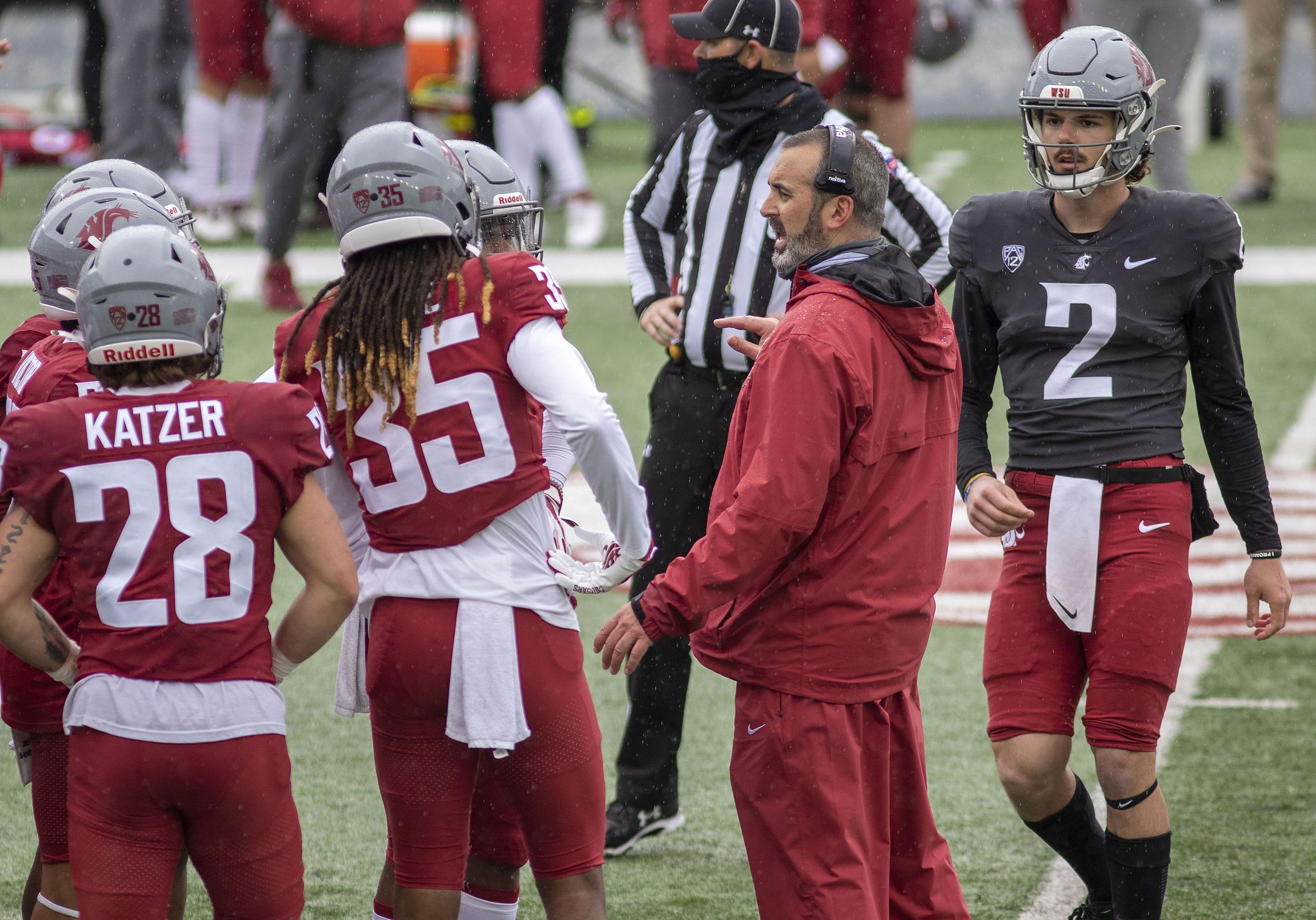 WSU: Spring practice may be over but that doesn’t mean what can be learned from the 15 sessions has ended. Parsing such things is part of Theo Lawson’s job, one he takes up this morning in this story. … The women’s basketball team has added another player from the Southern Hemisphere. That news leads off our weekly local briefs. … Elsewhere in the Pac-12 and college sports, the conference didn’t do as poorly in the draft as first glance would indicate. … Washington is done with its spring workouts as well and there are still things to talk about.

Preps: Whether there is a USL team in Spokane’s future depends on whether the city’s newest stadium is built downtown or on the North Side. Ryan Collingwood takes a look at the stadium’s planned secondary tenant.

Chiefs: Everett is the best team among the WHL’s U.S. squads, but that didn’t mean they were going to roll the Chiefs on Sunday. In fact, Spokane had a great shot at winning in overtime before falling 3-2 at the Arena. Kevin Dudley has the coverage.

Mariners: As we said, the M’s defeated the visiting Angels 2-0 and won the series between the teams. … Spokane’s Wyatt Mills had an eventful first day in the big leagues. … There has been quite a bit roster shuffle already this season with more on the way.

Seahawks: The three players drafted earned the Hawks low grades but might yield them a key contributor to a roster that will have a few position battles when training camp opens.

• There wasn’t a lot to pass along today. But most of it had a positive bent, which makes it a more entertaining for you. We guess. Until later …