It’s taken for granted that graffiti doesn’t belong on public property, but how its removal should be paid for is poised for debate.

It will likely be several weeks – and revisions – before a vote on the proposal, but it is expected to draw interest from billboard owners and the businesses that advertise on them.

The $250 annual fee would apply to any billboard or off-premises sign measuring at least 9 square feet.

Kinnear and Council President Breean Beggs said Monday it’s fair to impose fees on billboard owners to pay for graffiti remediation, even though they’re presumably not responsible for places like the bottom of the Maple Street Bridge. 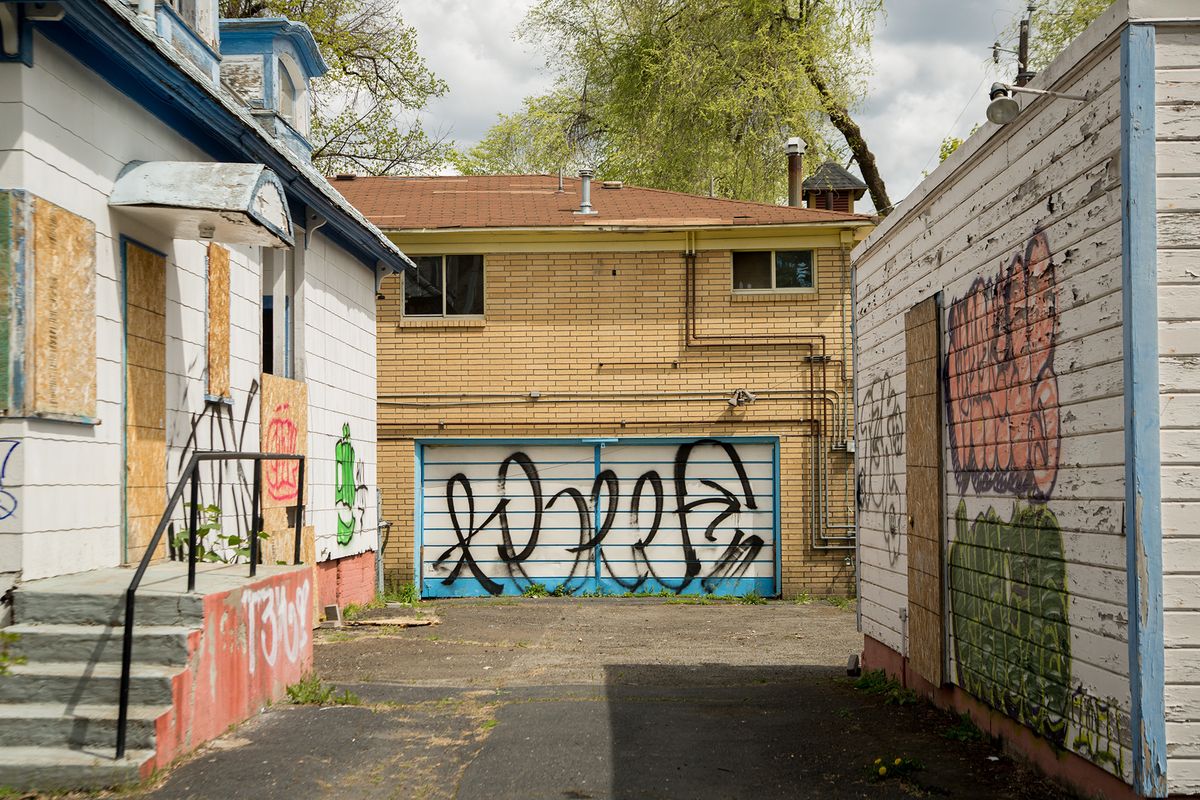 Multiple structures are seen under graffiti near Pacific and Chestnut in Browne’s Addition on Monday, May 3, 2021 in Spokane, Wash. (Libby Kamrowski/ THE SPOKESMAN-R)

“The principle behind it is that off-site signs, which we call billboards, create some visual blight,” Beggs said on Monday. Paying a “minimal amount” every year “seems to be a tight connection and promotes general community well-being,” he added.

Kinnear introduced the proposal during Monday’s meeting of the Public Safety and Community Health Committee.

As she introduced it, Kinnear stressed it was still in its early stages and that she is open to suggestions.

“It still must be vetted before the public and before the folks who actually own the large off-premise signs,” Kinnear said. “This is just a first touch and we invite changes or edits or comments.”

She’s likely to hear more than a few thoughts from billboard owners.

Lamar owns hundreds of billboards in Spokane. Although the company is not headquartered locally, Halliday stressed that 90% of the companies on its billboards are based here.

“We pay the permit fee and we pay property use tax,” Halliday said. “It just keeps going on and on that we’ve got to keep paying for situations we have no control over.”

Under city law, Spokane does not allow installation of new billboards. The restriction only applies to off-premises signs, so it does not include a business advertising on its own property. Yet billboard owners such as Lamar argue the law has essentially capped the company’s growth in Spokane.

Kinnear’s proposal would adjust the city’s sign code to increase the one-time $75 permit fee to an annual $250 permit fee, per face, for billboards. Pole signs with an area less than 9 square feet would pay a $75 annual permit fee.

In addition to scrubbing graffiti, the proposed law also aims to clean up unpermitted signs, posters and stickers on public property that Kinnear argues are taxing for city workers to remove.

Administered through an annual grant process overseen by the City Council, the funding would first be prioritized in the East Central, West Central and Hillyard neighborhoods. The funding would only be used for cleanup on public property. Private landowners would be responsible for their own property.

Kinnear helped spearhead graffiti cleanup efforts in 2019 that included a community event in Liberty Park. The city paid for the paint, volunteers provided the labor, and David’s Pizza served up the pizza.