A GRIP ON SPORTS • What does the minor league baseball experience mean to you? It probably depends on your age. Peel back an octogenarian baseball fan’s layers and you might find Max Patkin memories deep down. Or ones related to the San Diego Chicken. Or, nearer the top, way-too-loud music. Whatever it is, there is a chance to build more this summer.

• Summer is at the core for any baseball fan. The warm nights at the ballpark. We didn’t have those last year. Oh sure, the nights were warm. There wasn’t a ballpark to spend them in. Just another item lost among the pandemic. Not the most important, most definitely, but still part of the cumulative loss everyone dealt with. Which is why last night was so important in Spokane, whether or not you could make it to Avista or listen on the radio.

The Spokane Indians are, quite frankly, part of the fabric of this community and have been for decades long past. 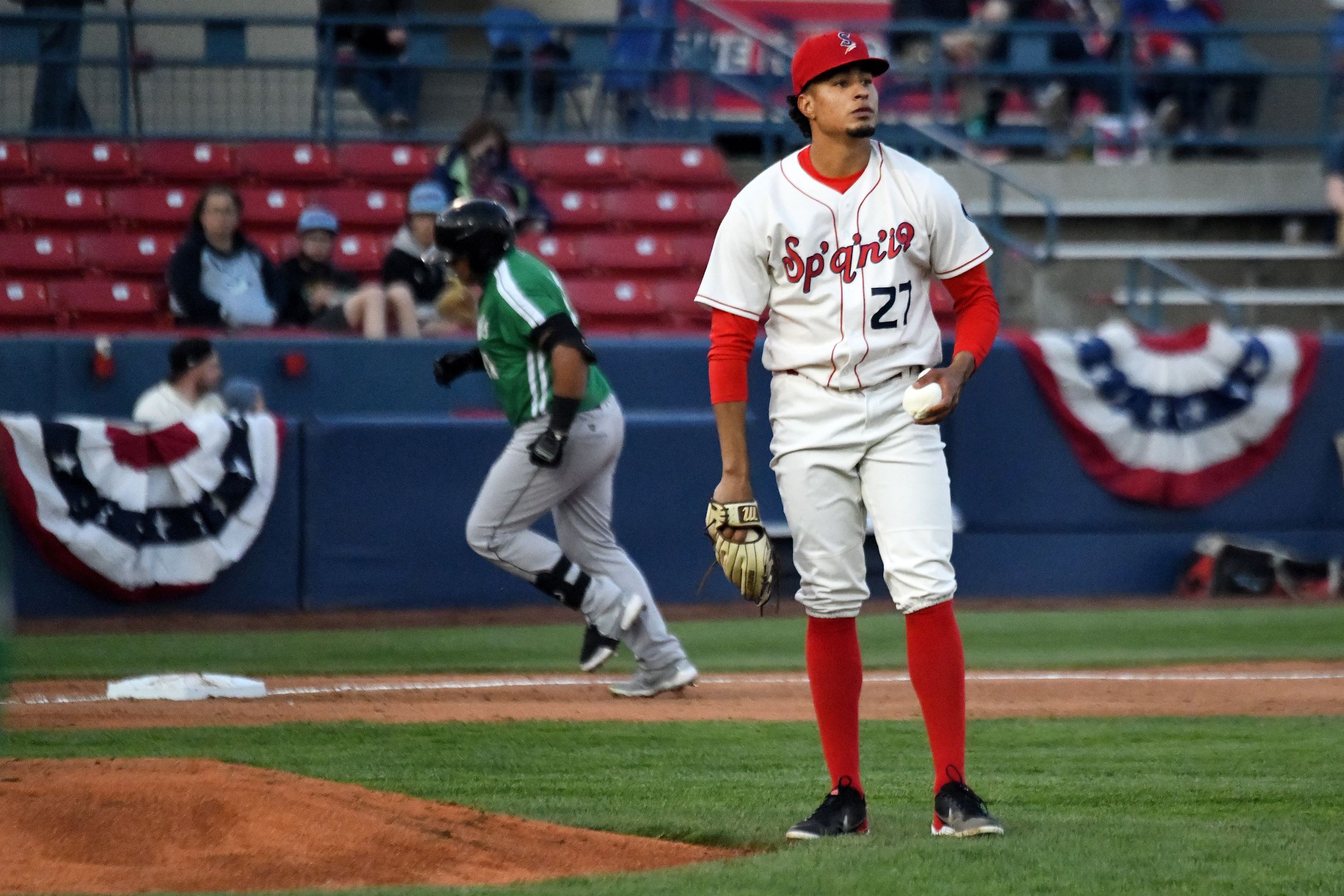 We’ve spent many pixels in this space over the years debating how Major League Baseball (the capitalization is crucial) can improve its product and re-ignite America’s lost love of its pastime. Length of games. Shifts. Strikeouts. Injuries. Walks. Home runs.

Each a part of the problem. All may be part of the solution. But not at the minor league level.

In medium-sized towns throughout America – not small towns as much anymore since MLB decided to cull them from their roster in the past 18 months – there is a formula that works. It is a formula that was on display last night at Avista we’re sure, even if we were not in the stands to see it. Or even if, as was the case last night and will be for the foreseeable future, the stands were sparsely filled – not by anyone’s choice.

A game that wasn’t perfect. Players who are still fighting each pitch for their future. An intimate setting. Quiet moments filled with entertainment that doesn’t seem slick or forced. An experience more than just a game.

Minor league teams discovered decades ago they had to fight to survive. The Depression couldn’t kill them, neither could the coming of TV, sending the big leagues into every home in America.

The franchises that survived learned to make the games a happening, a night out for the whole family for a decent price. Hot dogs, foul balls and potato sack races enhanced double plays and doubles down the line.

Electronic bells and whistles injected some adrenaline into the proceeds but have never been as important as the tried and true formula of getting as many local folks involved in the festivities as possible.

The Chicken was always funny but he was at his best when he was holding the Newman’s new baby or playing a trick on Grandpa Jerome. Honoring one of the local high school’s scholar/athletes not only was the right thing to do, it also attracts a handful of relatives to watch. Youth baseball teams are always welcome, as are their parents.

The price is right. As is the return on investment for those who buy the tickets. For a reasonable sum, a memory is made that may well last as long as minor league baseball does. 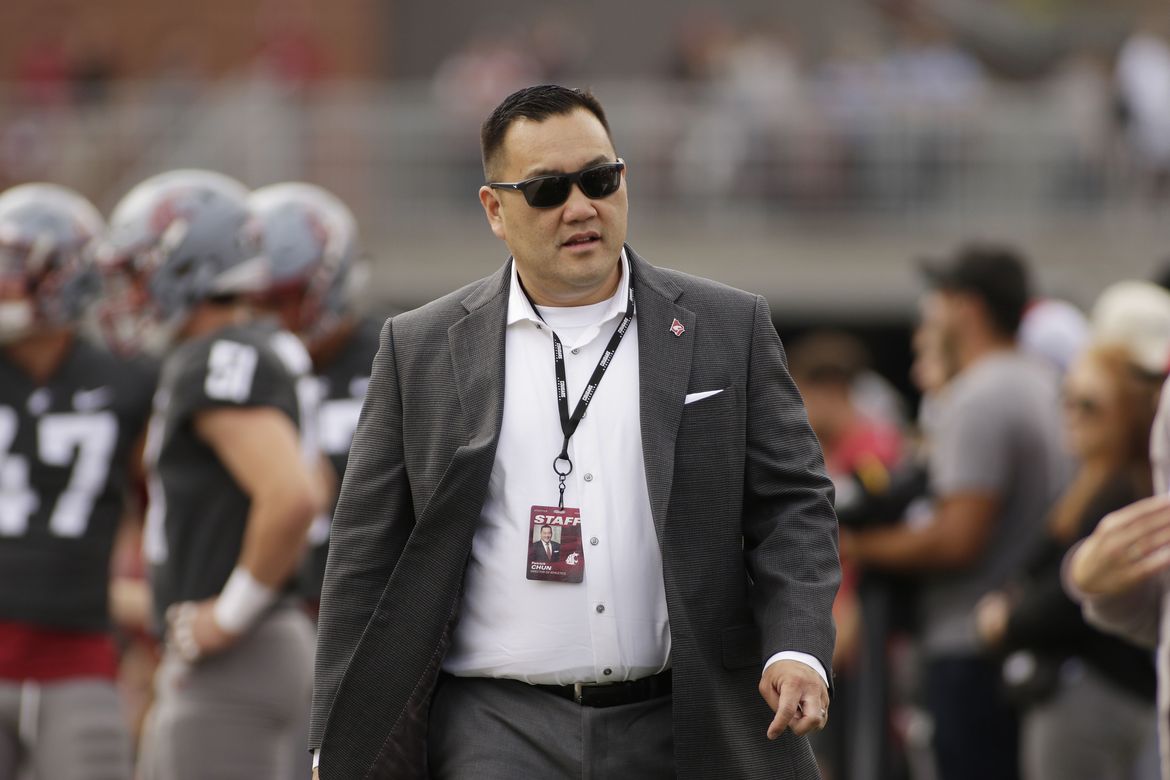 WSU: No matter if he stays for the entirety of his career or leaves next month, Washington State athletic director Pat Chun will have profitable memories of his time in Pullman. The administration made sure of that yesterday by extending his contract through 2026 and including a sizable raise in the extension. Theo Lawson has all the particulars in this story. … Elsewhere in the Pac-12 and college sports, Jon Wilner takes a deep dive into the commissioner search. He has odds, people. … The quarterback spot is still up in the air at Washington. … The same is true at Colorado, except the biggest battle is at running back. … The state of Oregon is in a state of flux when it comes to COVID-19 and fans at sporting events. It looks now Oregon State will be able to have a few fans at its spring game. They have a chance to see an improving defense and a new receiving threat. … Here’s a look at the Oregon depth chart going into the summer. … And here is one concerning Utah’s nonconference schedule. … An Arizona State receiver went from walk-on to scholarship player recently. … How good will Arizona’s defense be? … In basketball news, Baylor inquired about Arizona basketball coach Adia Barnes. Now Barnes has a new contract worth a lot more money. 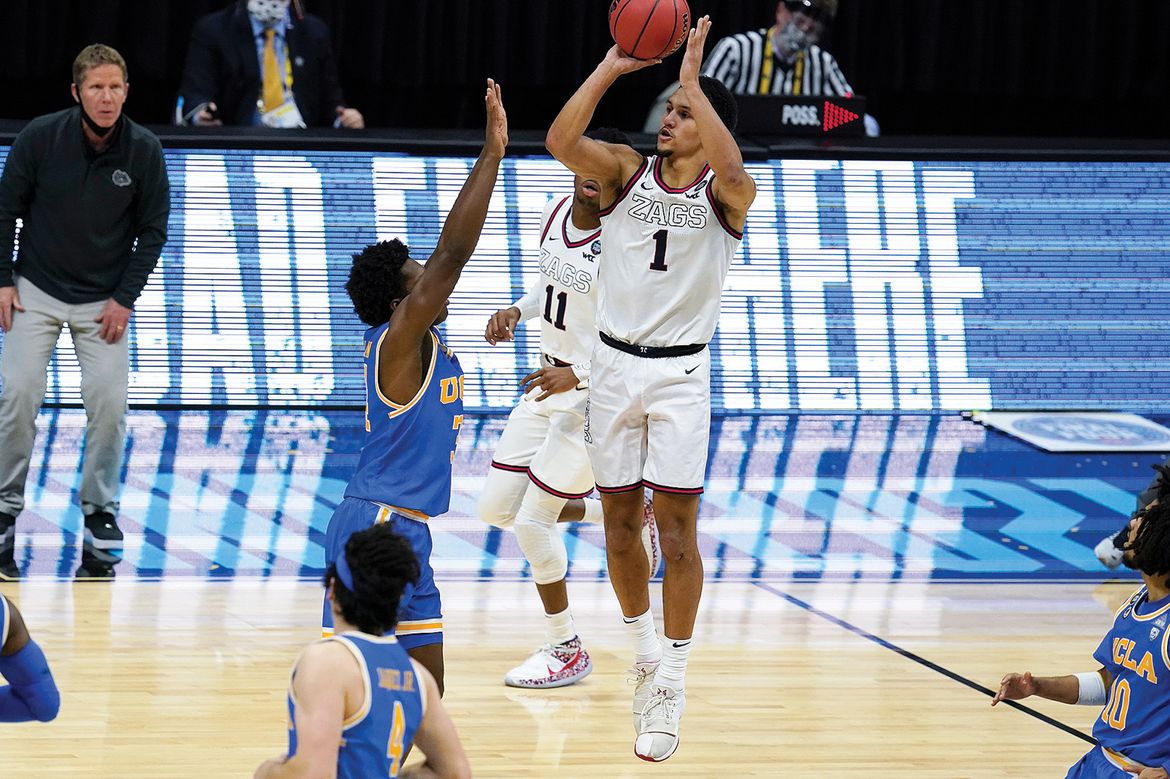 Gonzaga: Mark Few and UCLA’s Mick Cronin are discussing a regular-season rematch in the fall or winter. Jim Meehan explains why in this story, though we want to add one huge reason: 14.94 million people. That’s how many sets of eyeballs watched at least part of the teams’ NCAA semifinal classic. It’s the second-most watched non-football sporting event in the U.S. in the past couple years. Someone, whether it is ESPN or CBS or Fox, will want to see this game happen. … The nonconference series with Oregon scheduled for next week seems to have been canceled.

EWU: The Groves brothers’ transfer to Oklahoma is a big reason why the Sooners’ offseason transfer recruiting is on this list. … Elsewhere in the Big Sky, Montana and Montana State are remaking their basketball rosters with transfers. … The Bobcats lost an assistant football coach. … Idaho State lost a defensive lineman to the portal.

Preps: A lot happened in the prep world Tuesday, including games and matches, which are covered in Dave Nichols’ roundup. … John Blanchette held a conversation with a guy who we were never able to get to speak, despite numerous tries. What he said can’t be missed. … In a related note, tonight’s the night the school board should make a decision on the new stadium. Jim Allen previews the board meeting. … The governor’s decision to pause changes in the counties’ coronavirus status will allow Washington high school sports to continue. Arielle Dreher and Laurel Dernkovich have the story. 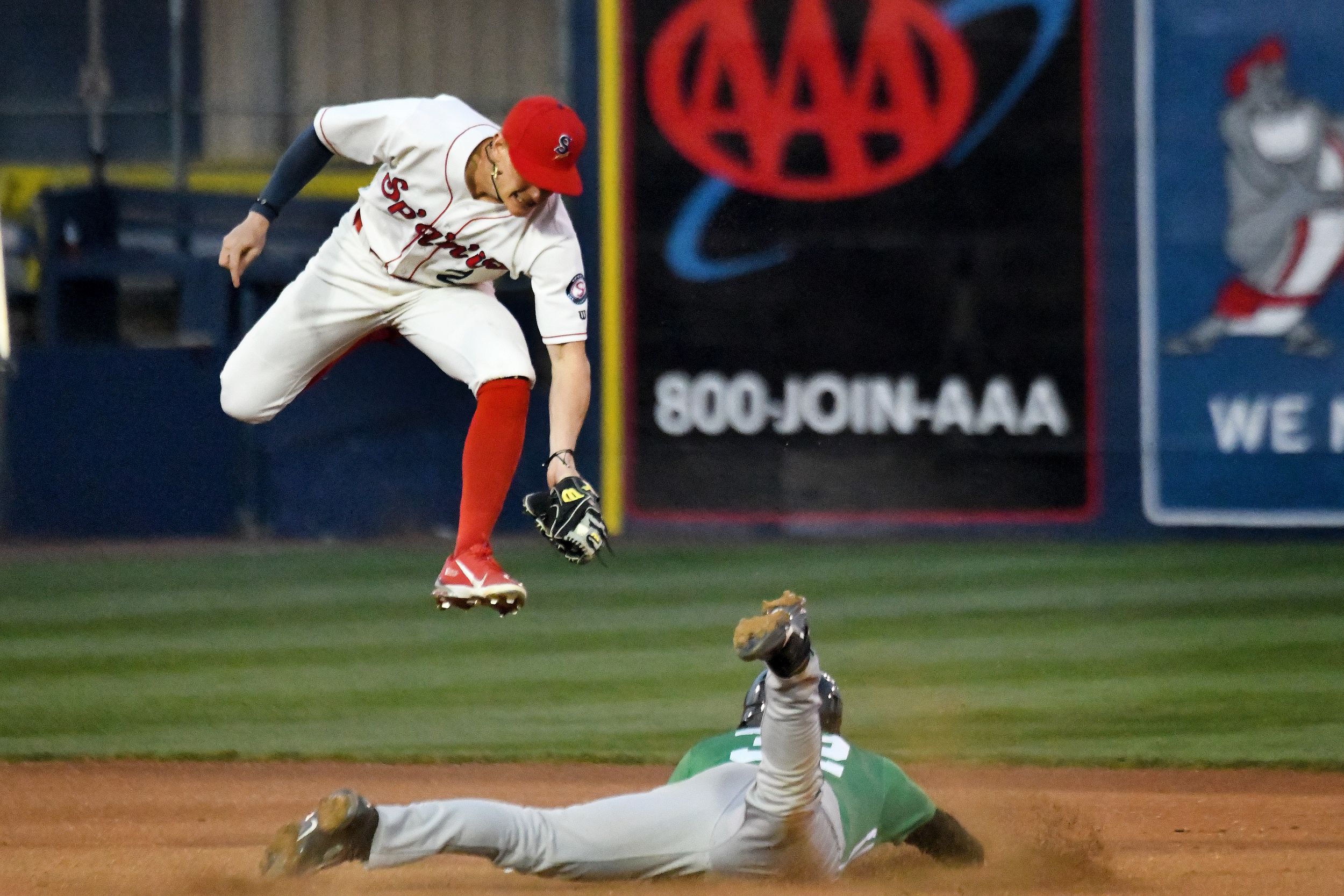 Indians: We shared our thoughts about minor league baseball in a global sense. Dave focused on the opening game last night, as Avista Stadium seemed a bit small to hold Eugene’s power. The Emeralds won, 9-5. … Dave also has a story on the significance of opening night and spoke with Larry Weir earlier in the day for the latest Press Box podcast. …  Kathy Plonka was also at Avista and has this photo gallery that includes not only the on-field action but has some great fan shots as well.

Chiefs: Spokane finished up the home portion of its season with a 4-3 overtime loss to Tri-City. Kevin Dudley was at the Arena and has this story.

Mariners: The final six outs of the game proved to be decisive as the M’s scored four times in the eighth, held Baltimore to a single run despite losing a pitcher to injury in the ninth and won, 5-2. … Everett opened its season last night (Tacoma starts tonight with many of the franchise’s future stars), brimming with talent.

Seahawks: K.J. Wright’s replacement may come from an unlikely spot. … The Hawks’ draft class is hard to grade. … Tom Brady is to blame for all of the NFL’s problems. That’s our story and we’re sticking with it.

• If you are wondering, we are targeting August. By then, we hope, the pandemic will be behind us, we’ll feel comfortable being in a crowd for a long period of time and the weather will be perfect. Besides, that’s the first month there are holes in our schedule. Until later …