The next two days will leave Spokane with weather whiplash.

Temperatures are expected to reach the low- to mid-80s on Thursday throughout the Inland Northwest, according to National Weather Service forecasters in Spokane.

Thursday’s temperatures could reach about 20 degrees above normal, as the average maximum temperature in Spokane for May 6 is about 64 degrees.

But suntan while you still can, as they say, because a cold front will sweep into the region on Thursday evening, carrying strong wind gusts and a chance for thunderstorms. 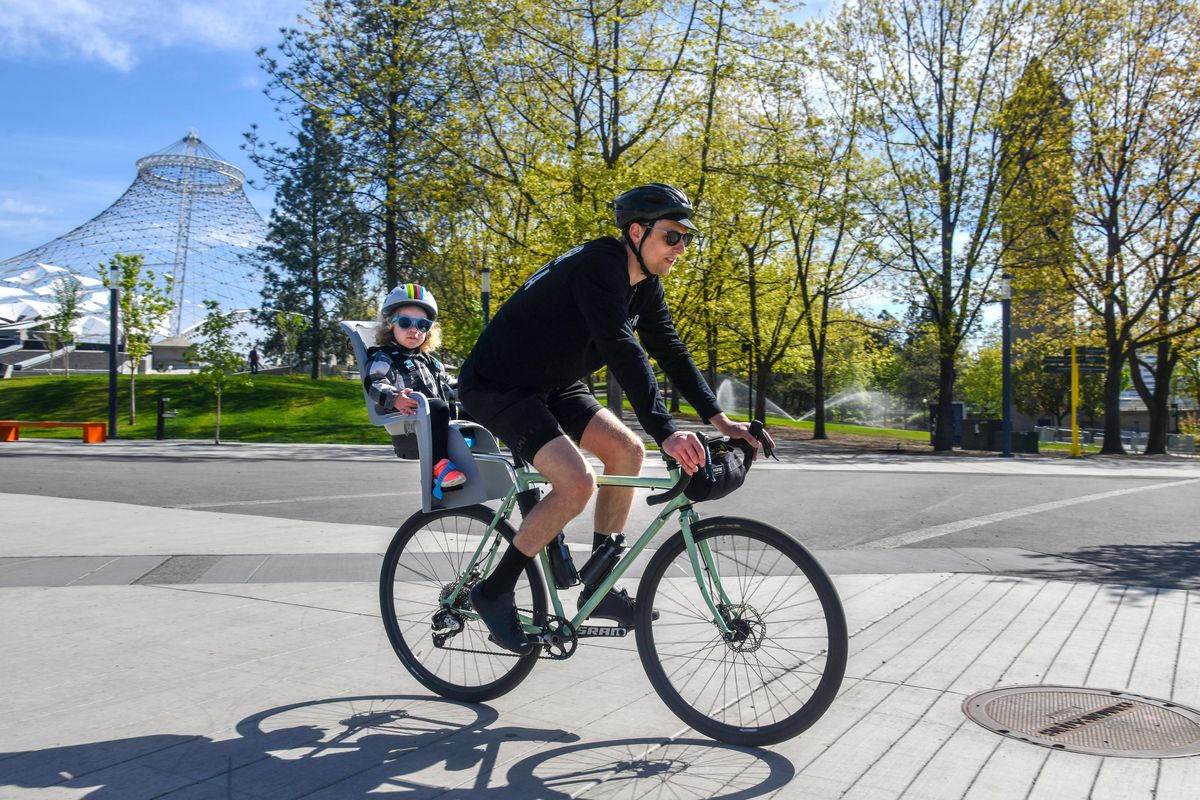 Joseph Peterson and his daughter Ivy, 2, saw their shadows on a brilliant Wednesday morning bike ride, May 5, 2021, in Riverfront Park. (Dan Pelle/THE SPOKESMAN-REVIEW)

By Friday, high temperatures will dip by about 15 to 20 degrees, back into the high 50s and low 60s that are typical for this time of year. Temperatures are expected to stay in that ballpark through the weekend.

Should it fall, rain would be most welcome in the region. Spokane this year recorded its second-driest ever March and April. For some surrounding cities, including Bonners Ferry and Lewiston, Idaho, it was the driest ever.