A GRIP ON SPORTS • The future is … Thursday? That’s when, according to multiple reports, Jarred Kelenic will join the Seattle Mariners. He’ll carry not only his valise into the clubhouse but more expectations than any M’s rookie outfielder since Ken Griffey Jr. in 1989. In other words, no pressure young man. Just lead the franchise into the World Series.

• Everyone and their grandmother knew the truth. Jarred Kelenic didn’t really need more minor league experience. Seattle was waiting for the extra year of club control – the time the team had before Kelenic can enter the open market – before bringing their top minor league prospect to the big league club. Heck, a former club bigwig admitted it in the offseason. That extra year of control reportedly kicked in earlier this month, allowing Jerry Dipoto to make a decision on Kelenic’s status based on on-field measurements, not financial ones.

With such criteria in place, it was probably a pretty easy verdict. Too many issues forced Dipoto’s hand. 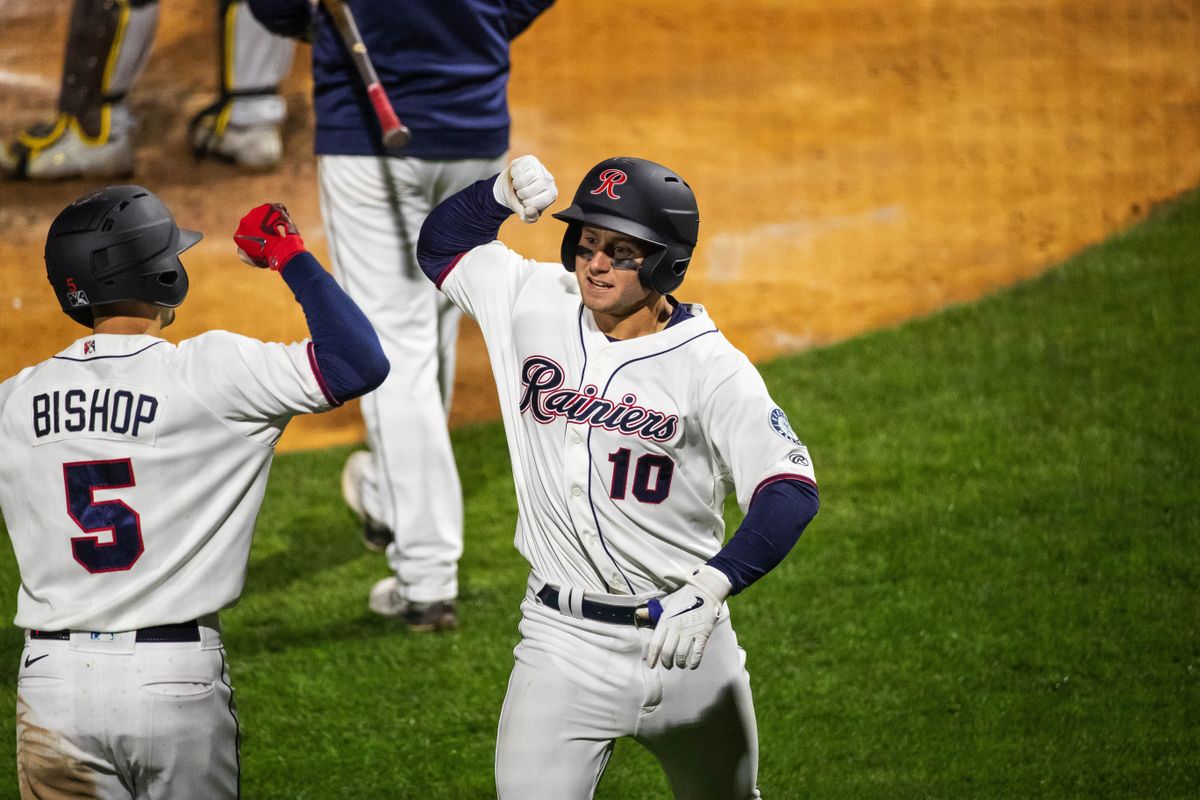 Start with the M’s themselves. They are one of the worst hitting teams in a sport dominated by awful hitting. The lineup, collectively, is hitting only 10 points better than the Mendoza Line, tied for worst in baseball with Thursday’s opponent, Cleveland. Their most-used left fielder, Taylor Trammel, is at .157. Sam Hagerty, who also has played there, is at .194. It’s a dead zone in a lineup on life support.

In five games with Tacoma, Kelenic is hitting .409 with two home runs, five runs batted in and five strikeouts. In other words, a productive start to his Triple-A career. Short Triple-A career, we would imagine.

If Dipoto was telling the truth about always putting Kelenic’s development first in his decision-making process (spoiler alert: he wasn’t), then the 24-year-old’s fast start has proven he’s ready for promotion. It may not mean he’s ready to star, but he’s ready for the chance to do just that. As he was when the season began but, you know, service time.

But why Thursday and not today? It’s simple. The club saves an airfare to Los Angeles. Instead, they just have to pay for an Uber from Tacoma to Sodo. OK, we’re kidding. Sort of.

With the M’s playing the Dodgers on the road tonight and tomorrow, the M’s must figure it would be bad PR to have their next savior introduced to the public in front of someone else’s public. Save that circus for Seattle.

Funny thing, though. If you are really making every decision based on ensuring Kelenic’s success, starting him off on the road may actually be more productive, as the performance pressure in LA would be less than at T-Mobile. Then again, Walker Buehler and Julio Urias, the Dodgers’ scheduled starters the next two nights, are a lot tougher than anyone Cleveland can throw out there. (Partly because Shane Bieber, the Indians’ best, is throwing tonight.)

There is also the “it” factor. With Kelenic in the lineup Thursday night, T-Mobile should also be sold out, though a sellout in 2021 means something different than usual. But no matter how many people are in the park, they should all be engaged and boisterous, leading to an energy the Mariners desperately need right now.

The season is once again hanging in the balance. The M’s are a flawed team. Maybe less flawed than in the past, but still there are holes in lots of spots other than left field.

Dipoto is a bit like Hans Brinker. He’s got his fingers trying to plug holes and keep the M’s above water. Hopefully, Kelenic is a permanent fix for one. A member of the band and not a band-aid, if we can use an “Almost Famous” reference. If not, then all the angst, all the controversy, all the crud that has hit the fan the past couple years about Kelenic since he was acquired in the Robinson Cano trade, hasn’t been worth it.

Today he is the latest in a long line of Mariner saviors. Thursday night he will start to fulfill the prophecy. Or … well, you know. We’ve been here before. Many times. 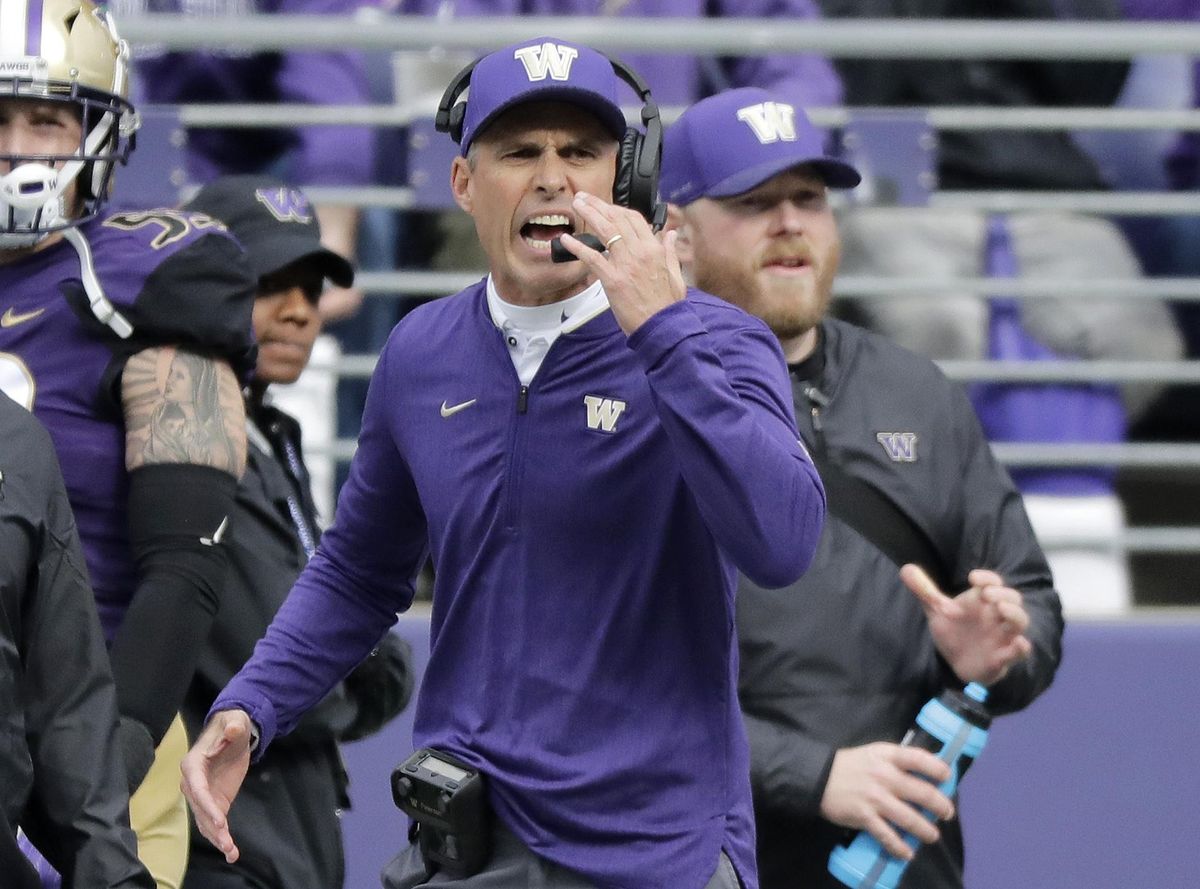 WSU: Around the Pac-12 and college sports, Jon Wilner believes the Cougars are destined for a last-place finish in the North. … Chris Petersen’s thoughts on college football are still worth listening to. … Anthony Brown left spring as Oregon’s potential starting quarterback. … Oregon State has lost a defensive tackle to the portal. … Utah will probably go as far a transfer quarterback Charlie Brewer can take it. … Arizona State seems headed for success. … A UCLA tight end does as well. … Colorado has some depth at receiver. … In basketball news, the big news is on the women’s side, with Stanford’s Anna Wilson coming back for a sixth season and USC hiring former Cal coach Lindsay Gottlieb as its head coach. … Oregon has dipped into the junior college ranks to replace a key wing player. … Arizona officially welcomed two transfers, including Oumar Ballo. 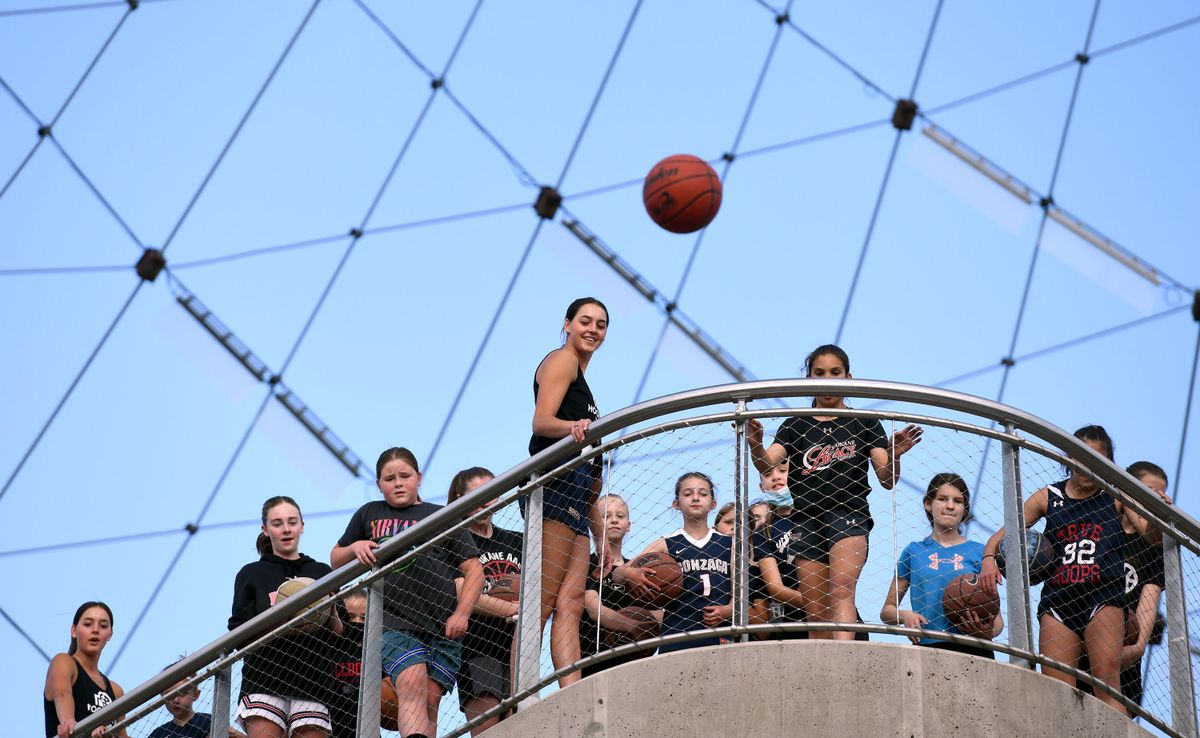 Gonzaga: Hey, you know that showdown with Tommy Lloyd and Arizona we were all looking forward to? Never mind. As Jim Meehan tells us in this story, it’s been pushed back a year or two. Maybe three. Well, there is always the possibility of playing UCLA. … Jim also spoke with Larry Weir yesterday – it was Monday after all – for the latest Press Box podcast. … Jenn and LeeAnne Wirth have been an important part of the Spokane basketball scene for the past four years. So it comes as no surprise they spent some of their recent free time running a local basketball clinic with Hoopfest. Justin Reed has the story and Kathy Plonka the photo report.

EWU: We almost wrote about this today as our lead item, but we decided more digging is needed. But the question that has to be asked is simple: What the heck is going on in Cheney? Three of Eastern’s four most high-profile coaching positions have changed hands in the past eight weeks. That’s not good no matter the circumstances. The latest change? Successful soccer coach Chad Bodnar was fired yesterday. … That surprising change overshadowed the good news as quarterback Eric Barriere was named the FCS first-team All-American quarterback. Dan Thompson has more in this story.

Preps: Dave Nichols has a roundup of Monday’s action. Funny thing in the Spokane area. Spring sports are still going on while winter sports begin. … We didn’t have a column last Saturday, so we missed this news from Dave. U-Hi’s Jon Schuh is retiring after 23 years as the school’s softball coach. 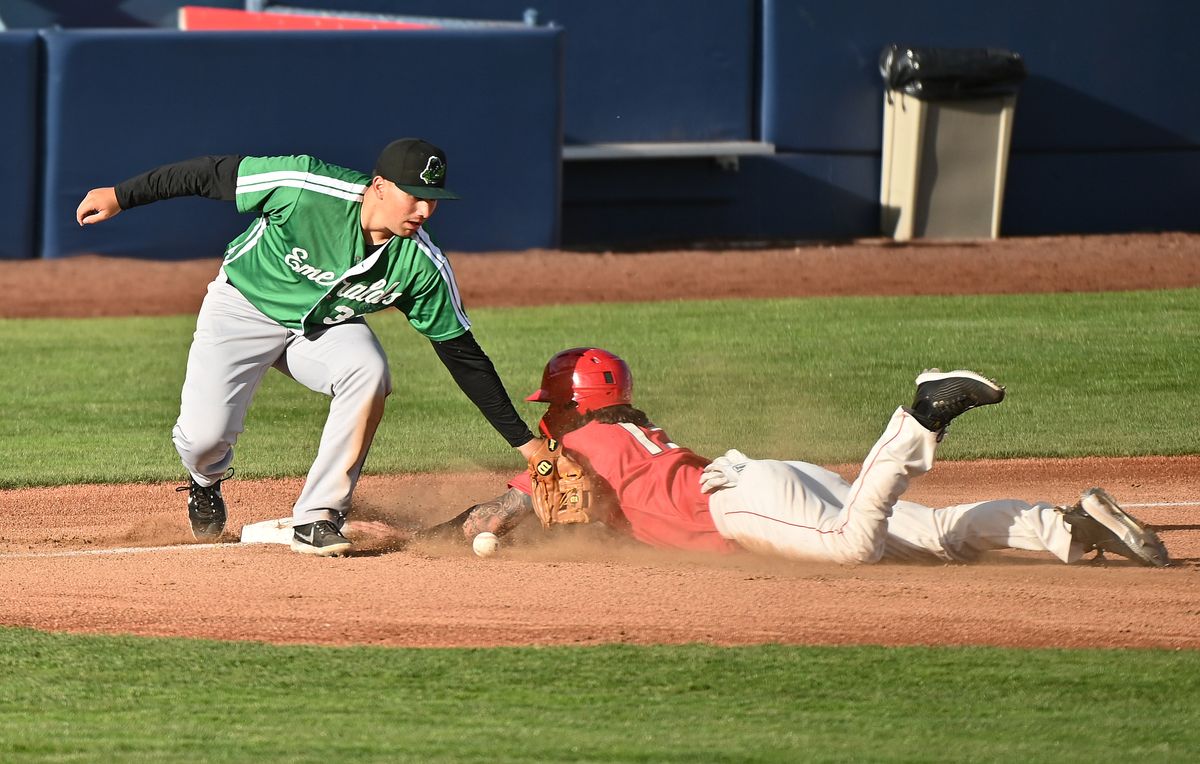 Indians: Dave also takes a look at a rule change baseball is trying out in the High-A West league. It’s changing the game a little bit and bringing speed back into the equation. Spokane is on the road this week.

Mariners: Of course, the Kelenic news dominates the cycle, especially on a day when the M’s were not playing.

Seahawks: The schedule comes out Wednesday. How many prime times games will Seattle play?

Sounders: Sunday’s 2-1 win over Portland joined a long list of wacky wins over the Timbers.

• We’ve turned the corner people. There isn’t single low in the 14-day forecast below 41 degrees. Spring has sprung for sure. It’s time to beautify the yard. Anyone want to come over and do that for me out of the goodness of their heart? After all, we’ve entertained you all these years. Isn’t it time for you to begin paying back such generosity? No? Darn it. Well, to be fair, a similar argument didn’t work on my sons either. But you can’t blame an old(ish) man for trying. Until later …