A GRIP ON SPORTS • The ball is rolling quickly toward Memorial Day weekend, June and summer in the Inland Northwest. Which means it’s entirely appropriate to spend this blustery Thursday combing through news about Gonzaga basketball. Hey, the season is just five or six months away.

• A couple of questions for you. We’re you surprised Drew Timme decided to return to Spokane for another year? (You shouldn’t have been.) And would you rather see the Zags face Alabama or UCLA in a nonconference matchup next season? (How about both?) 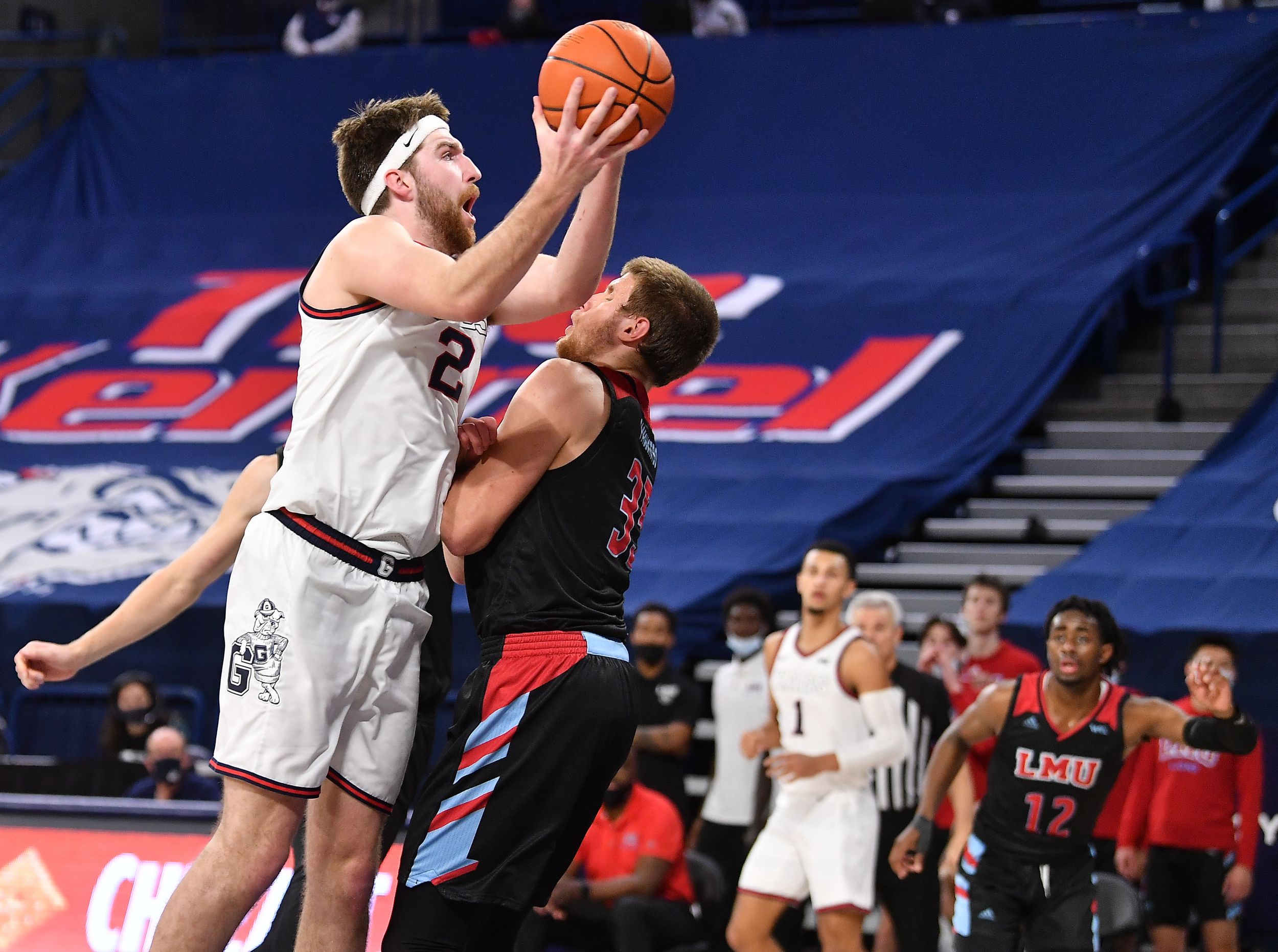 The reason you shouldn’t have been surprised? It was just a matter of time before Timme told everyone he was coming back to GU for his junior year. What is a little startling is he didn’t put his name on the NBA draft list, just for the evaluation process. It’s always a good thing to hear other well-informed and intelligent voices – there are way too many of the other type out there – critique your game. But maybe he already has mined that resource, so it would have been a waste of time.

Whatever, the best big man, or at least one of the top two or three, in college hoops will spend another winter in Spokane.

What can we expect, besides stellar inside play and mustache memes? He’ll be the face of college basketball in a lot of ways, especially if Gonzaga opens the season ranked No. 1. It will be Timme and Chet Holmgren CBS, ESPN and the like will focus their gaze upon. And you can rest assured Mark Few, who knows something about such things, made sure Timme and his family knew this. In a time when image and media presence can be directly translated into financial remuneration, even if only after one has left college, it’s a smart sell.

On the court, expect Timme to showcase an improved shooting range. He took just 21 3-pointers last season, leaving the outside shooting to Corey Kispert, Jalen Suggs and the rest of the guard corps. Expect that number to triple this season (and his makes, of which he had six, to at least quadruple). That newly built range will not only help the Bulldogs this season but help Timme’s draft status down the road. 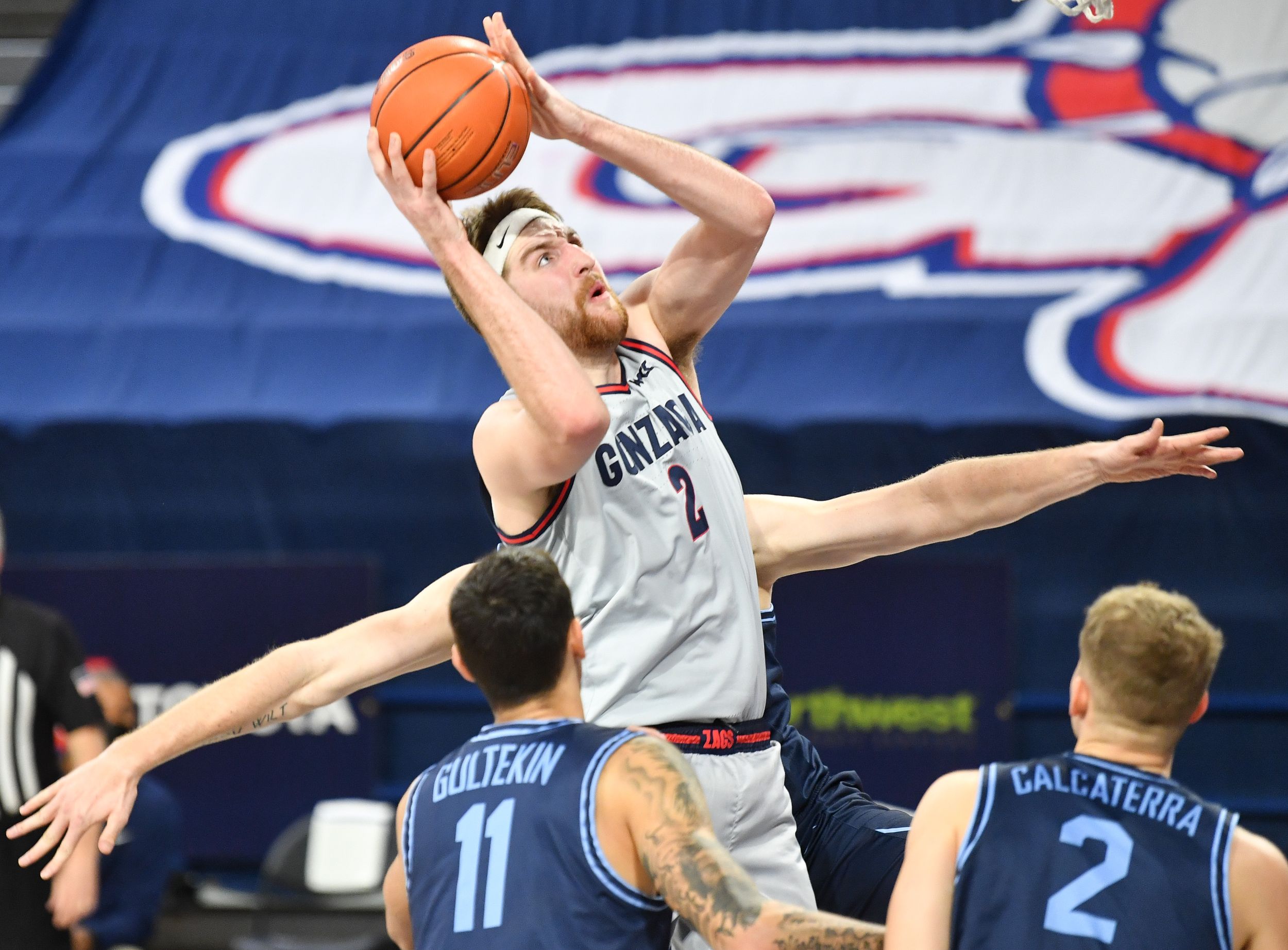 As for the opponents, playing Alabama – currently ranked fifth in CBS’ Top 25 and 1 – in Seattle is all but a done deal. The Crimson Tide, which showcases coach Nate Oats’ layups-and-3-pointers philosophy, will be a stern test for the Zags. Their defense was disruptive and physical last season, sort of like a poor man’s Baylor. Which might explain the attractiveness of the matchup to Few.

The Tide were eliminated from the NCAA tourney by UCLA, another team that could still end up on GU’s nonconference schedule. The Bruins were expected to play in a preseason tournament but that seems to have fallen through, so they have openings.

One of Gonzaga’s open dates is expected to be filled by Texas and the game may be in Spokane. The schools were supposed to start a two-year series last season in Austin, but that was postponed. Now they are talking about meeting in Spokane this season and back in Texas in the next. The Longhorns should offer another tough defensive test as new coach Chris Beard’s Texas Tech group locked down the Bulldogs a couple years ago in the NCAA tourney.

No matter what happens, Gonzaga will have a handful of stern tests awaiting Timme, Andrew Nembhard, Anton Watson and the retooled roster come October. 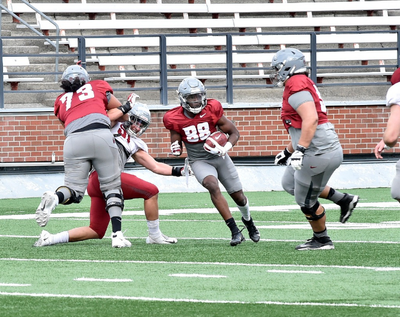 WSU: The Cougars seem to be leaking wide receivers a bit at this point. Another, Cedrick Pellum, entered the transfer portal yesterday. Theo Lawson has more in this story. … Elsewhere in the Pac-12 and college sports, the conference is dropping farther and farther behind in the revenue race. … Oregon State has lost another defensive lineman to the portal. Despite that, Jonathan Smith is optimistic. … There may be a changing of the tight end at Oregon. … Colorado’s newest transfer has Notre Dame roots. … USC may not have a lot of quarterback depth but it has quality depth. … In basketball news, Arizona’s latest transfer will add depth. … Washington will be a tough out in its softball super regional. So will UCLA. 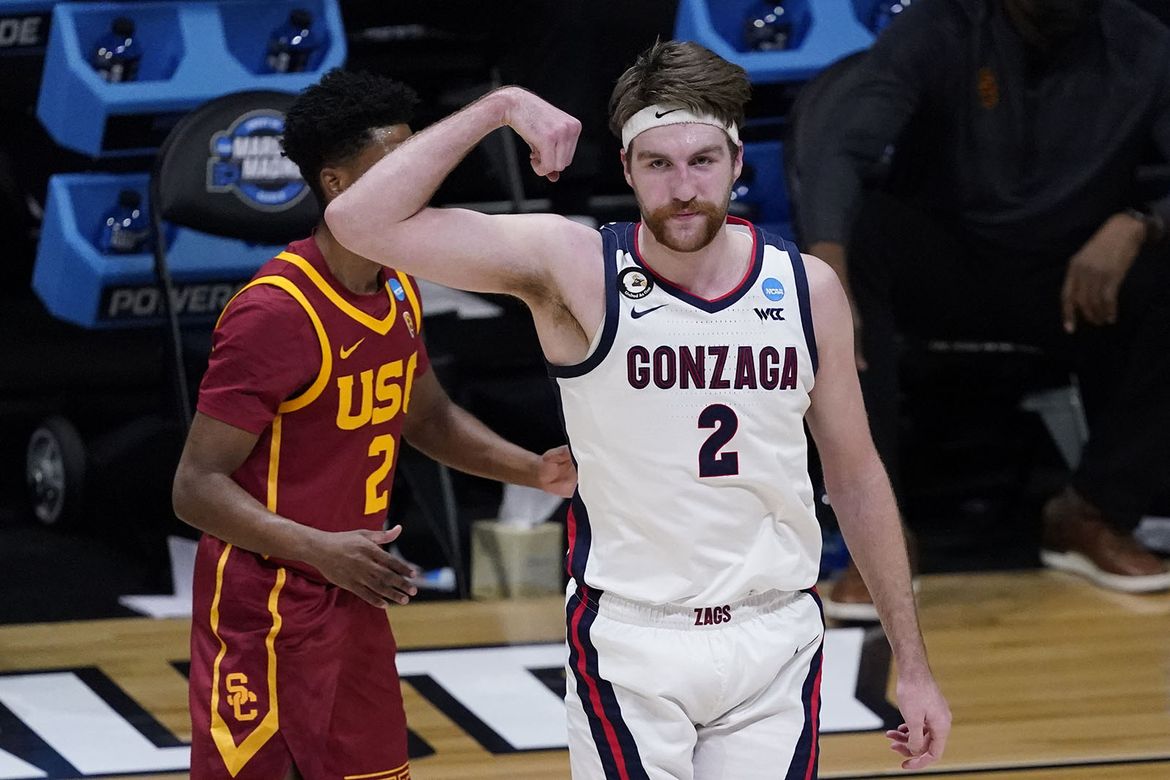 Gonzaga: As we mentioned above, Timme will be returning. Not only does Jim Meehan have a story on the news, but we can pass along a fun photo gallery of his time in Spokane. … Jim also has a story on all the scheduling changes and updates. … The baseball team has been stellar this season. No player has been more so than Brett Harris. Justin Reed has this feature on the third baseman. … All the Gonzaga news is covered in Larry Weir’s latest Press Box podcast. … Around the WCC, it seems as if BYU’s coaching staff is everywhere these days.

EWU: Though we may never know why successful soccer coach Chad Bonar was fired at Eastern, at least Ryan Collingwood was able to discover how strained the relationship had become between Bonar and athletic director Lynn Hickey. Collingwood obtained emails between the two with a record request and put together this story on what they contained. … The Big Sky has eliminated any intra-conference transfer penalty.

Preps: Dave Nichols has a roundup of GSL basketball action. … Former Mt. Spokane runner John Dressel is headed to the NCAA 10,000 finals in two weeks after his seventh-place finish in the preliminaries.

Mariners: Oakland roll to a 6-3 win, avoiding a sweep. … It isn’t easy for rookies to acclimate to the big leagues, no matter how talented.

Sounders: On any team, roles are important. How one fulfills that role is even more important.

Storm: Five games into the WNBA schedule, what we do know about the Storm?

• Actually, we’re up to talk basketball, all levels of basketball, any day. May, August, January, whenever. Until later …