Plans were unveiled Monday for a $36 million performing arts center in Spokane Valley.

The new building will be the home of the Spokane Valley Summer Theatre and be located on a 5-acre piece of land along the Interstate 90 corridor near the Tru by Hilton hotel.

When executive and artistic director Yvonne A.K. Johnson founded the summer theater in 2016, the dream of giving the arts organization a place to call home seemed a distant possibility.

SVST has produced fully staged musicals, organized summer camps and workshops and taught classes in a rotation of local venues, often including the performing arts theater at Central Valley High School. But next year, Johnson said her vision will begin to take shape.

SVST’s 2022 summer season, featuring “Bridges of Madison County,” “Newsies” and “Sister Act,” will move forward as planned. Depending on resource availability, the performing arts center could break ground as soon as August 2022. 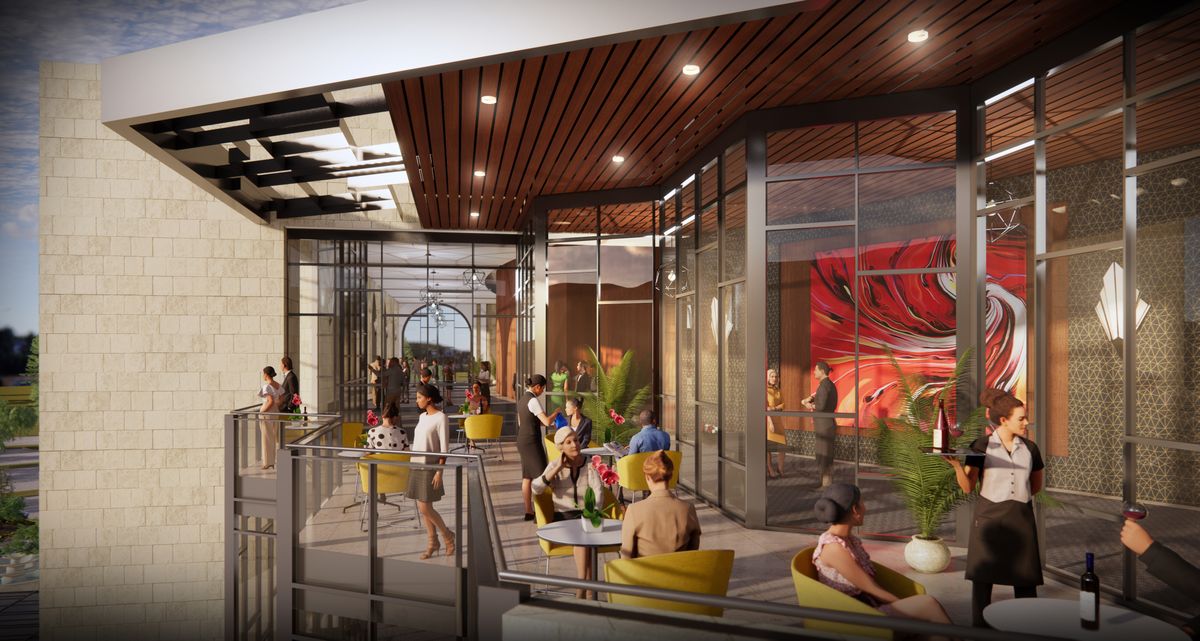 A rendering of the $36 million Spokane Valley Performing Arts Center expected to break ground in fall 2022 and open in 2024. (Courtesy)

Since opening in 2016, SVST’s operating budget has doubled. Support and excitement from the community, Johnson said, are always growing.

“Year after year, the question was raised, ‘What’s next?’” Johnson said, recalling a conversation with SVST board president Christina Lynch two years ago. “My response was that we were limited by the timing and performance space available to us.”

Johnson, Lynch and a team of advisers – including SVST board treasurer David Lynch, Central Valley High School Theatre Department director Michael Muzatko and architect Daniel Griffith – quickly got to work brainstorming design requirements and searching for a suitable piece of land in the Spokane Valley.

“We’re in the final stages of negotiating the last details of the PSA for the purchase,” Johnson said. The land is now owned by Centennial Properties – of which The Spokesman-Review is a sister company.

The performing arts center will be a three-story, state-of-the-art, 59,000-square-foot facility housing a 475-plus-seat main stage theater, 200-seat flexible studio theater, acting conservatory for area youth and event and business meeting space. It will be designed by NAC Architecture and built by Garco Construction.

The plans include space for at least 300 free parking spots, said Dr. Marnie Rorholm, director of development at SVST, at the news conference. Rorholm will take on the role of managing director for the performing arts center.

With a construction loan secured through State Bank Northwest and support from donors and backers coming in at a sufficient level, Johnson and her team are moving forward with the public phase of the campaign. 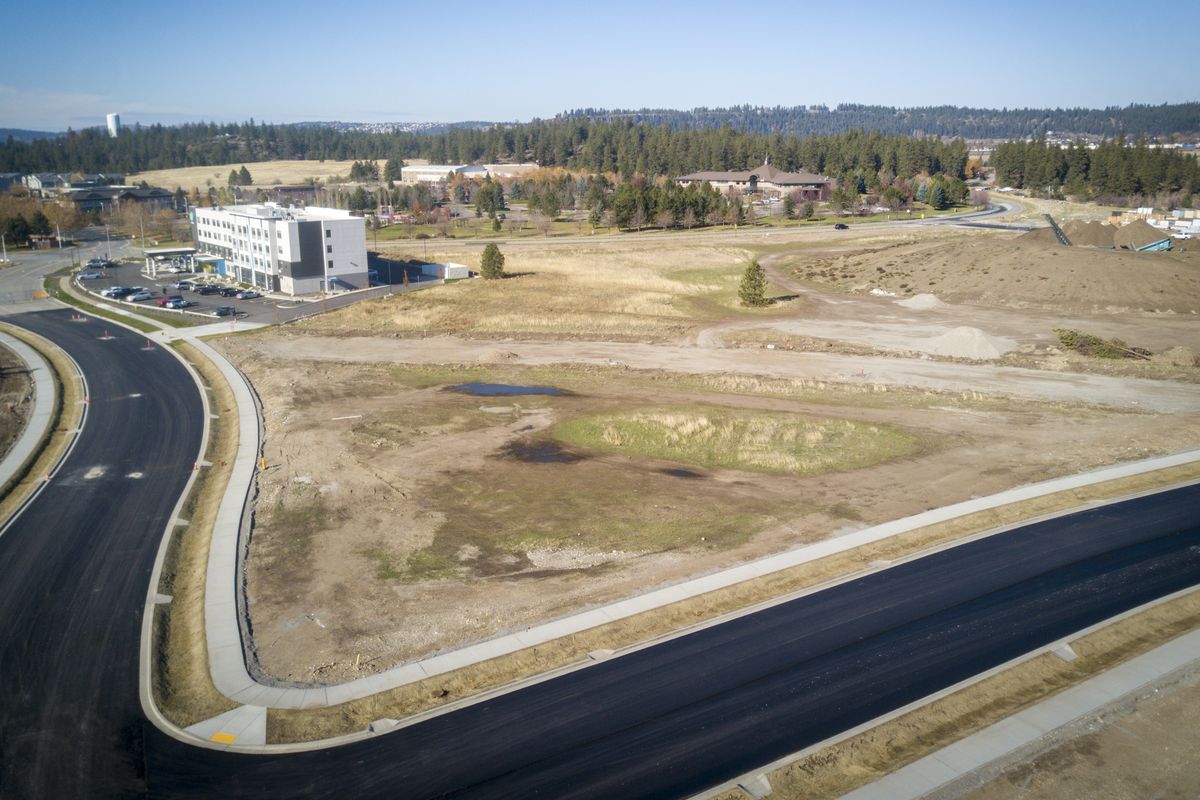 The proposed Spokane Valley Performing Arts Center is set to be built on the empty land in the foreground, next to the new Tru by Hilton hotel, which sits at East Mansfield, left, and Mirabeau Parkway. CenterPlace Regional Event Center, upper right, the Valley YMCA and Discovery Playground can be seen in the background, not far from Mirabeau Park and the Spokane River. (Jesse Tinsley/The Spokesman-Review)

As this project moves forward, Smalls said, Spokane Valley is growing into “the city of choice.”

“All of our team members at State Bank are so excited to get behind this project,” Decherd said. “It’s going to bring world-class arts to our community and build upon that foundation that Yvonne and her great team has put together.”

To date, the project has gathered $12 million in pledges and funded two endowments – one for maintenance and upkeep of the center and another for the Conservatory Scholarship Fund – both being held with the Innovia Foundation.

“There’s still plenty of opportunity to give,” Johnson said. “We do need those funds to come in to make this vision possible … and we’re hoping that the community will get on board to help us to reach the goal to raise the $36 million.”

Once the new facility is complete, SVST will change its name to Spokane Valley Performing Arts Center and expand its program to include year-round events, Johnson said. In addition to the three summer shows, the theater will add five main-stage productions and four studio theater productions – plays as well as musicals – over the course of the year.

The new building is a legacy project, Johnson said.

“This happens once in a lifetime,” she said. “It’s a real beacon of light and hope for all of us. When you look at the vitality of communities in general, and you think about the economic impact … to elevate the arts while supporting the dreams and futures of live performing artists.

“A performing art center of this magnitude is a cornerstone to the foundation and identity of all thriving cities.”