A GRIP ON SPORTS • How about we start the week (and month) with one of those quick-hit columns in which we cover a bunch of subjects in a short period of time? Sort of like “Pardon the Interruption” without the commercials. Or the labels on the side. Or the baldness. 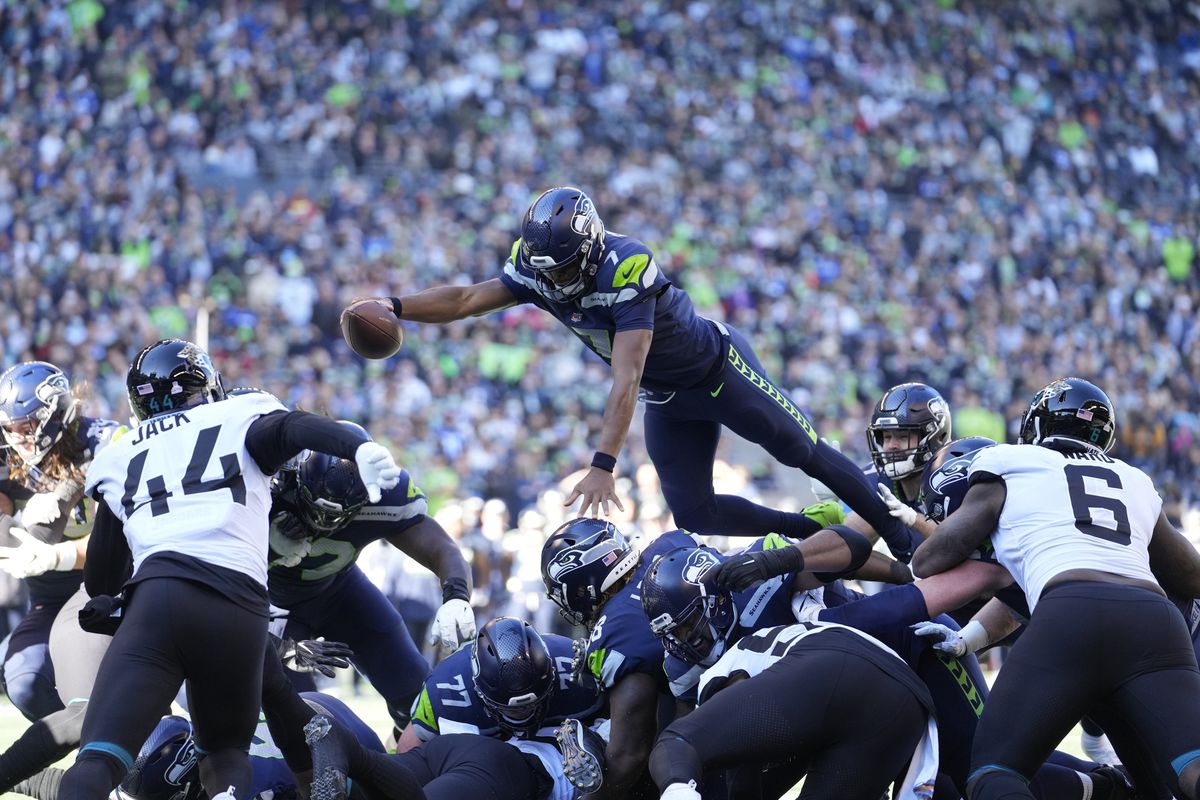 • The Seahawks won Sunday. Dominated actually. Pitched a shutout for much of the game. And that is encouraging. OK, so Jacksonville is among the bottom five teams in the NFL. And Seattle was at home. But the Hawks did what they needed to do. Besides, the defense seems to be finding its stride in this post Russell Wilson stretch, and that will be crucial if they want to vault back into the postseason hunt.

Will Russell Wilson be suited up by then? There is a chance. And will the Hawks win either? To have a chance for a wild card spot, they will have to. 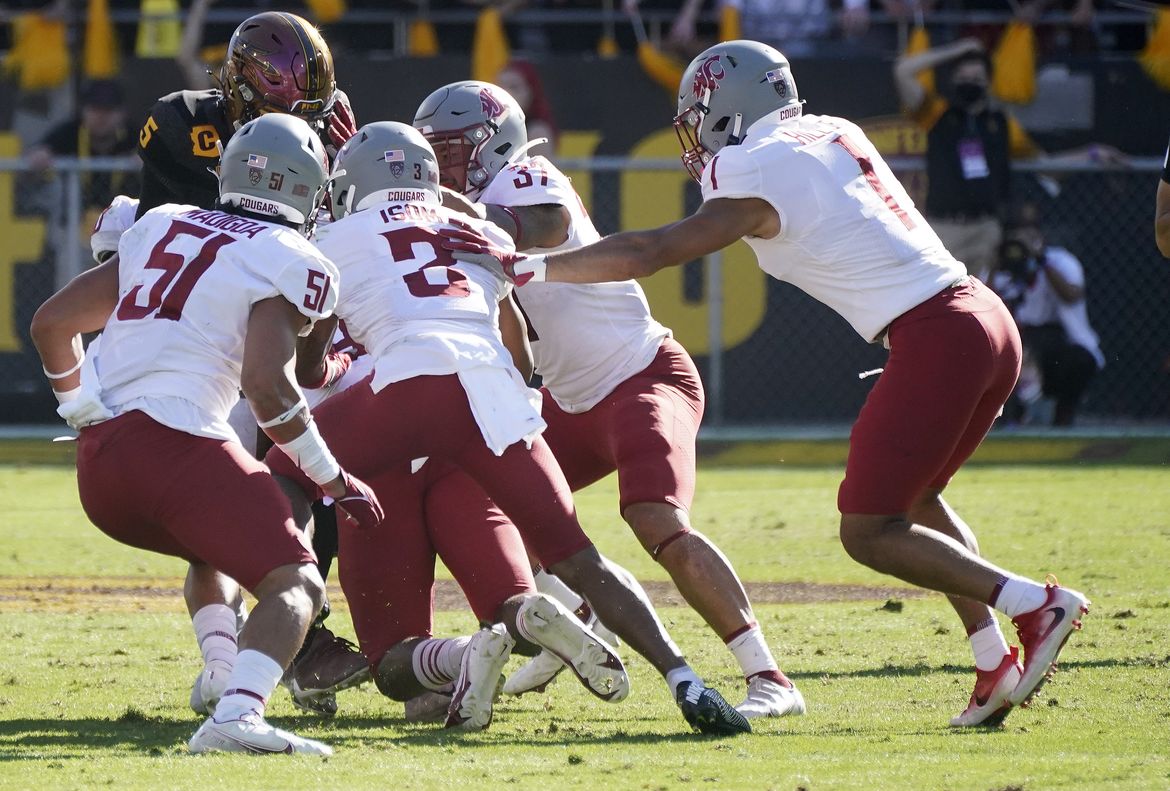 • For some reason it seems everyone still underestimates the Cougars. Even when they dominate, as they did in Tempe on Saturday, the question isn’t how good is Washington State but, instead, how bad is the opponent. Heck, there seems to be some feeling the Sun Devils quit Saturday.

We didn’t see that. It seemed from our vantage point they were dominated, sure. And ASU had trouble figuring out how to stop Jayden de Laura and the balanced Cougar offense. But quit?

Just because the walked off the field at halftime and were still lifeless coming out of the locker room, that doesn’t mean they quit.

It just means they had no hope. 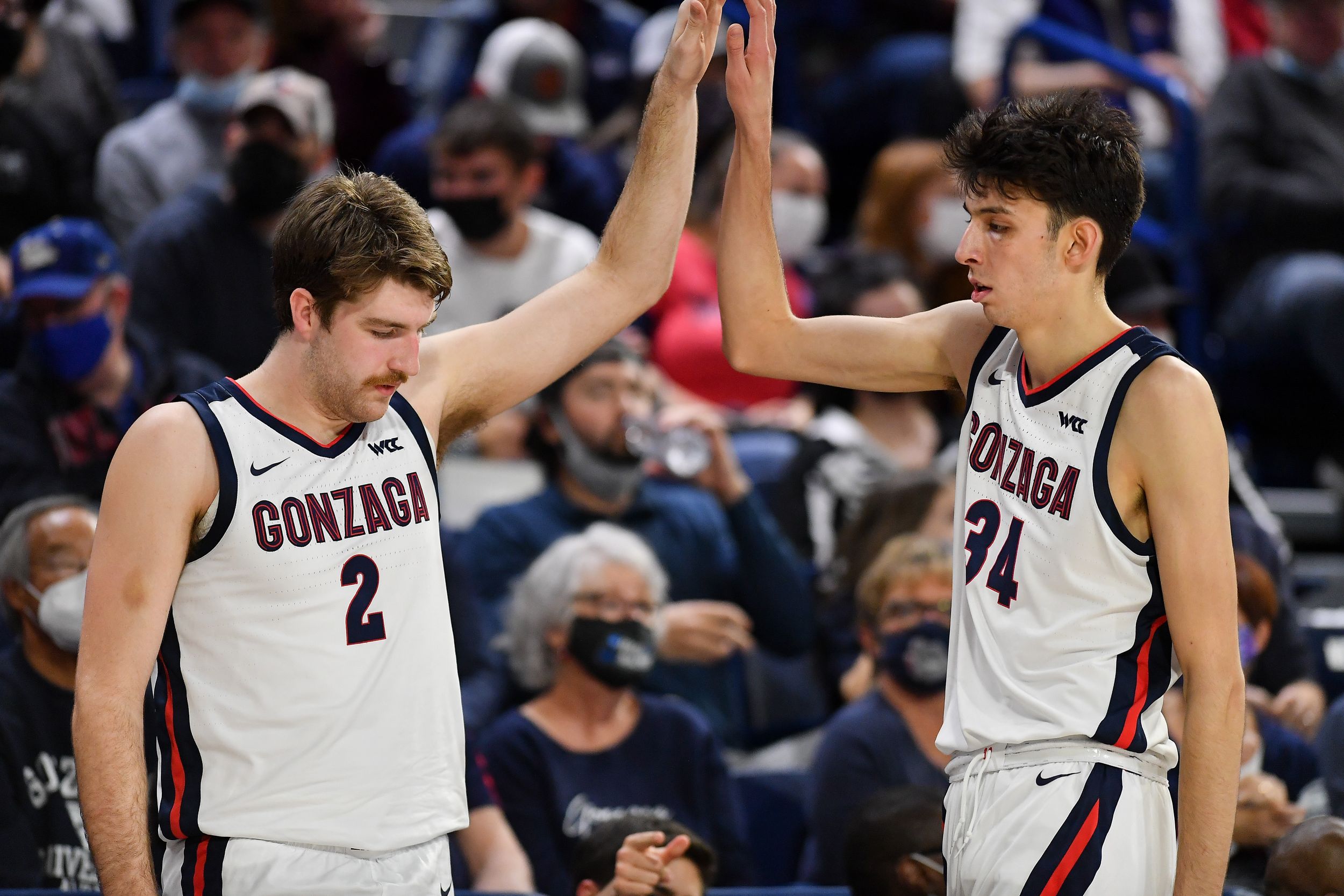 • There is hope around the Gonzaga basketball program once again, as there should be. The newcomers, coupled with some high-profile returnees, mean the Zags are once again counted among the handful of teams that could win a national championship.

For those of us who used to watch them play in the old Kennel – before the yearly NCAA berths, the every-game-is-televised reality, the hey-another-five-star-recruit-is-on-campus days – it still seems pretty amazing.

It’s funny. When I was a teen, it seemed UCLA’s right to win the national title each year. It was expected. Every loss elicited anger and disappointment. But my dad, who had experienced the Bruins playing in their cramped campus gym, always had a sense of wonder about their success, even as they rolled to their 10th national championship.

Now we know why.

• The Zags rolled over Eastern Oregon in their exhibition yesterday, as they should have. But the game should have also been a showcase for a former local star.

Senior guard Max McCullough, a Post Falls High graduate who has led the Mountaineers since stepping on the La Grande campus six years ago, saw his season end before it even began. He told our Jim Meehan he tore his ACL in the first half, effectively ending his college career.

We had the opportunity to coach Max in AAU basketball more than a decade ago. He still holds a special place in our memory as the first point guard on the first travel team we had. We know he dreamed of playing in McCarthey and it’s sad his chance turned out as it did. 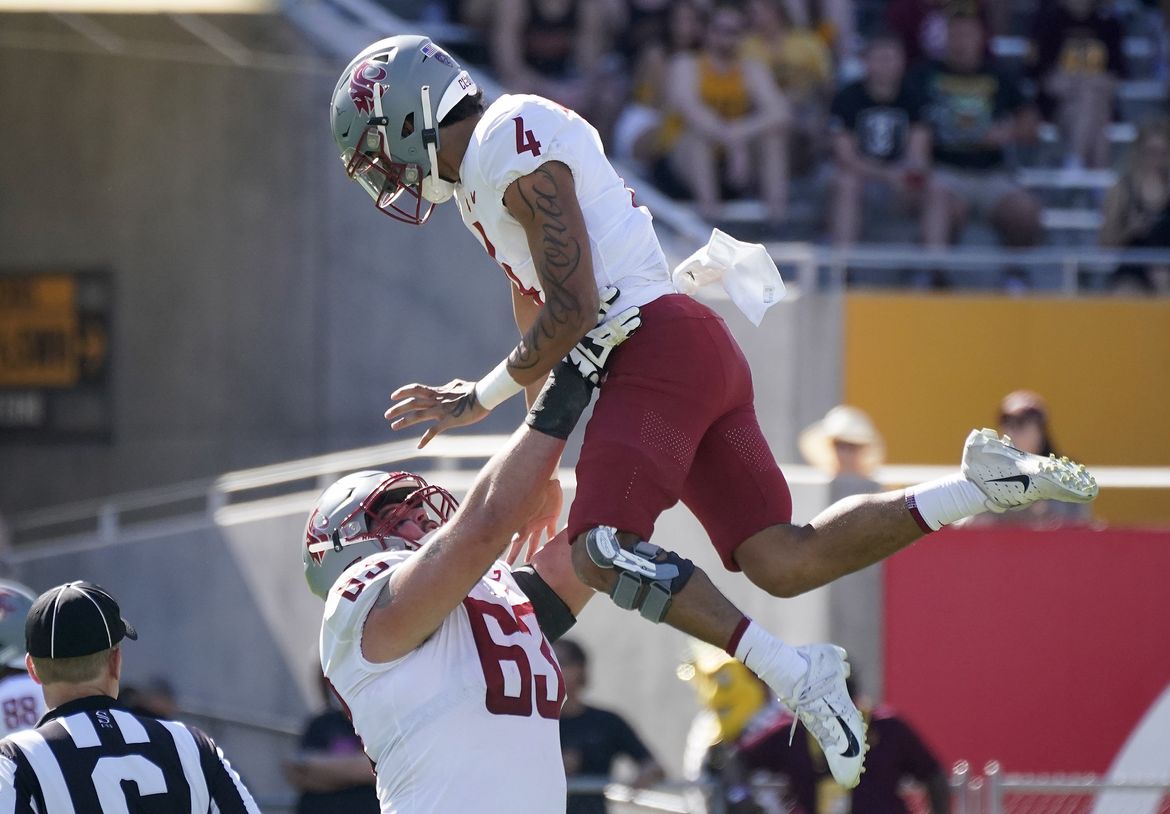 WSU: The Cougars don’t play this Saturday. It’s their bye week. Three games remain: At Oregon, at home against winless Arizona and the Apple Cup in Seattle. They need one win to go bowling. But before all that, Colton Clark takes a look back at Saturday’s win over Arizona State. … Elsewhere in the Pac-12 and college football, Jon Wilner looks back in the Mercury News at the weekend that was. … Washington relied more on its younger players against Stanford. It paid off. Is it also a harbinger of what’s ahead? … Actually, Oregon is directly ahead. The seventh-ranked Ducks – the new polls were released Sunday – head to Seattle this weekend as a seven-point favorite. They are also coming off one of their best offensive games of the season. … Oregon State will have to regroup after California dominated in the second half for its second consecutive win. … The Cardinal aren’t playing well and David Shaw says he’s to blame. … As we mentioned above, there was some talk the Sun Devils quit in their homecoming game against WSU. We aren’t buying it. … Colorado was the fodder in Eugene last Saturday. …. Utah, which has struggled on the road, heads to Stanford on a short week … Is it impossible for Chip Kelly to turn UCLA into a football power? The better question is could anyone? … As suspected, USC’s Drake London’s college career is over. He has a broken ankle. The next stop is the NFL. … Arizona actually played pretty well against the Trojans. The Wildcats have a blueprint for success. … In basketball news, Colorado played at Nebraska in an exhibition and exhibited a shocking lack of quality. … Arizona will play an exhibition against Eastern New Mexico tonight. 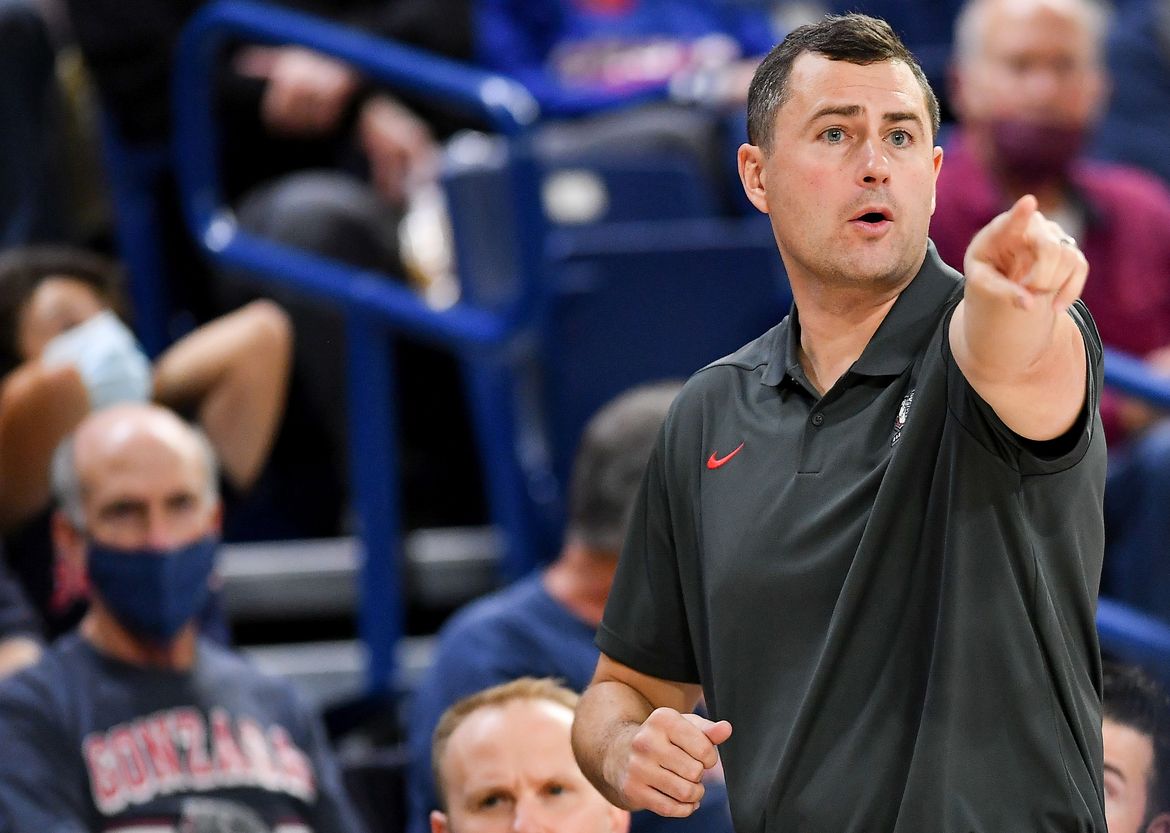 Gonzaga: Jim Meehan joined some 6,000 other folks jamming into McCarthey as the Bulldogs played in front of their home crowd for the first time in some 20 months. He has the game story of the 115-62 exhibition win over EOU. … Theo Lawson, who will also be covering the Zags this season, talked with Brian Michaelson about his first opportunity to be in charge as head coach, even if it is only a temporary gig. … Tyler Tjomsland was there as well and has this photo gallery.

EWU: Once again Cooper Kupp had a dominating day and leads Jason Shoot’s roundup of local players in the NFL. … Around the Big Sky, Montana has its best quarterback back from injury.

Preps: It’s (sort of) playoff season for football. Dave Nichols delves into the schedule for week 10. Everyone plays, but some games mean more than others.

Seahawks: It was 24-0 when Jacksonville finally scored as time ran down. Then Travis Homer returned the onside kick for a touchdown and a final of 31-7. … Geno Smith connected on his first 14 passes. … There are always grades. And things to be learned. 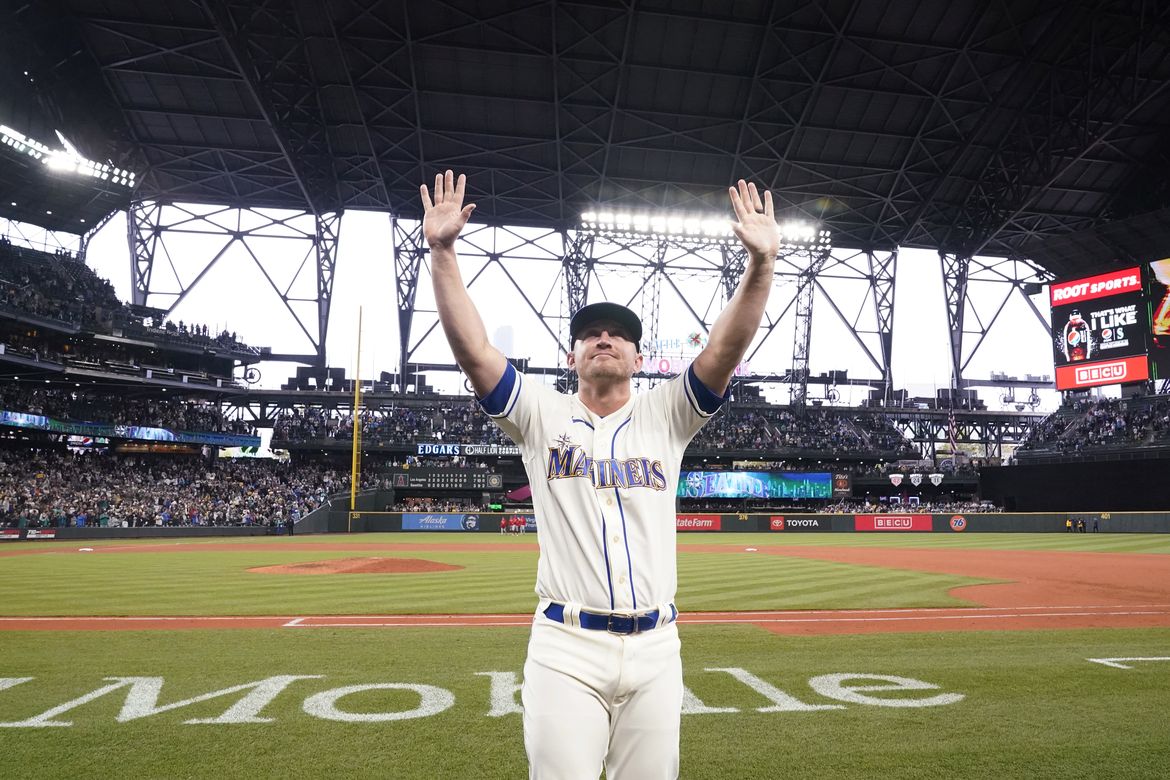 Mariners: It’s official. Kyle Seager will be playing somewhere else next season. Though there was a bit of kerfuffle due to early reporting on the news. It was news that has been expected since before last season began. … We had hoped the World Series would end in October. Nope. The Astros pounded the Atlanta bullpen and won 9-5, sending the series back to Houston.

Kraken: The winning streak is over. Hit by COVID-19, Seattle lost to the visiting New York Rangers 3-1 in front of another sellout crowd.

Sounders: A torn ACL used to be a year, minimum, on the sidelines. But eight months after tearing his in England, Jordan Morris will be back on the pitch tonight. It’s a testament to his work ethic – he’s torn an ACL before and came back just as good – and to modern medicine.

• We anticipated a big crowd at the door last night. But that was before Trunk or Treat became a thing. We saw so many of those events Saturday and Sunday around the neighborhood, we knew they would cut into the wandering-around-after-dark crowd. And we were right. However, the night started fast, with 18 big old candy bars passed out before 6:30. Then nothing. Not just an occasional trick-or-treater. Nothing. By 7:30, the lights were off. It doesn’t help the older folks on the end of our cul-de-sac don’t even hand out candy. It’s not inviting, I guess, to walk to the end of a dark block for one house, even if it has that golden glow of sugar waiting to be mined. Until later …