A GRIP ON SPORTS • We all know it’s true. Sports are a series of comings and goings. Players and teams enter the spotlight only to leave it for someone else to fill. Happens all the time.

• This is the Atlanta Braves’ time. And once again the Houston Astros, without the help of echoing trashcans, come up short. Coincidence? Probably. After all, baseball is a crapshoot with uneven dice, even in the best of times. This year the Braves rolled a couple of sevens while Houston? Once more the Astros were haunted by snake eyes. 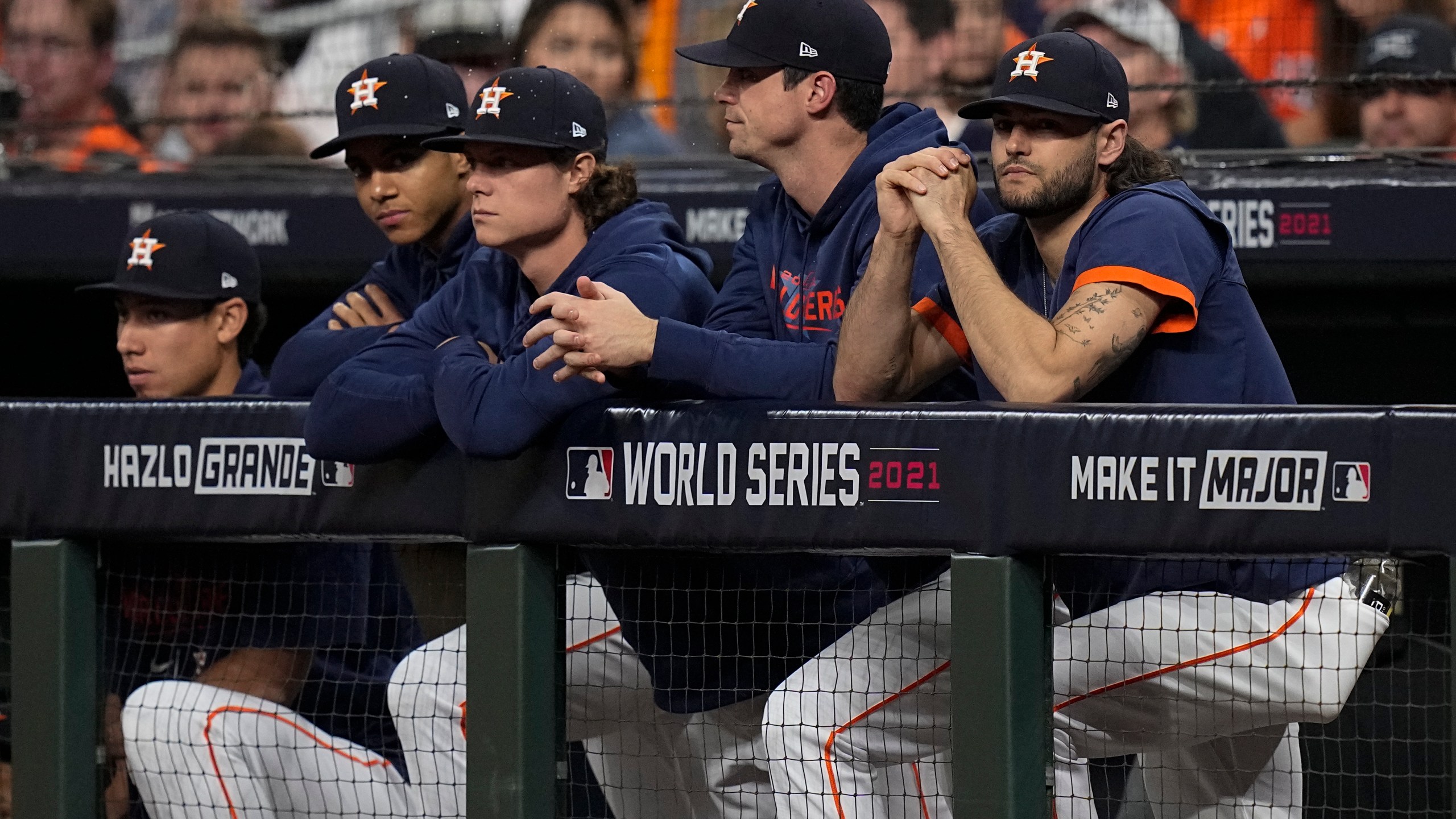 Atlanta is one of those stories that resonate in the sport. The roster was decimated midway through the season through injuries and suspension. A team under .500 decides it still has a chance, though, and rolls the dice at the trade deadline. Big time.

(As an aside, Mariner fans don’t have any idea what this means. Sorry.)

The rebuild worked. Quickly. No one was hotter down the stretch. And in the playoffs. The result? The Braves’ first title since 1995.

They were so hot even a broken leg suffered by their most experienced postseason starter, Charlie Morton, to open the World Series, couldn’t derail them. Nor could Houston, the team with one tainted title, hoping to cleanse their legacy with another.

Now the baseball season of 2021 is over. Around these parts the most significant going will be longtime third baseman Kyle Seager, whose decade-long career in Seattle earned him respect and admiration. Hopefully, his departure won’t take away the one thing that seemed to be in ascendance. It actually feels as the M’s have hope for the future. Their 90 wins, not enough to sniff a division title but enough to keep them in the American League wild card race, allows for that.

And now Seattle fans can hope that if next season their team is in the hunt come the end of July, management – which now includes Ken Griffey Jr. – will do what Atlanta did and step up to the table.

You never know what may happen.

• We do know one thing. If you decide to come to the hoop against this year’s Gonzaga team, you better come strong or your shot is going toward the seats. Fast. The Zags have, as the kids say, some dudes around the basket. 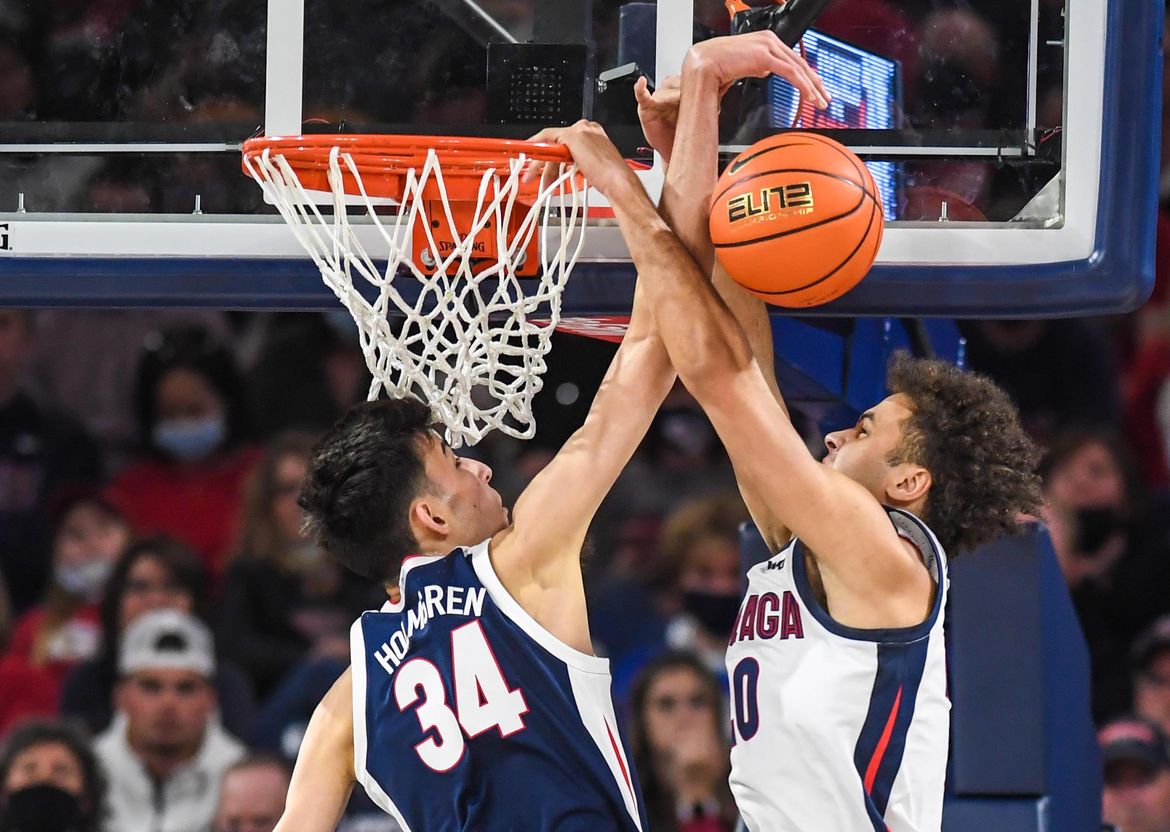 Jim Meehan delves into that today, using their exhibition win over Eastern Oregon as Exhibit A. Even Jim understands, as he wrote, “It’s advisable to avoid snap judgments from stats compiled against an overmatched NAIA opponent” but still, 11 blocks in any college game is impressive. As are the Bulldogs’ bigs.

It starts with Chet Holmgren. Over the past year-plus, every time I saw video of his play, all I could think was Bill Walton at the same age. On the defensive end.

Not all shot blockers are created equal. Some aren’t even created at all. Some just have an innate sense of timing, of anticipation, of angles, all things that allow them to reject – or alter – shots at just the right spot.

Holmgren has that quality. Had it in high school. Funny thing is, his build belies his strength in that regard. Bulk, al la Shaq, isn’t a prerequisite for being a upper-level shot blocker – Bill Russell, Walton and Kareem Abdul-Jabbar are all proof of that. Those innate skills we mentioned are more important. That and length, which is another obvious advantage for Holmgren.

All we know is this will be a season in which attacking the basket won’t be easy against GU. And that will lead to defensive success. 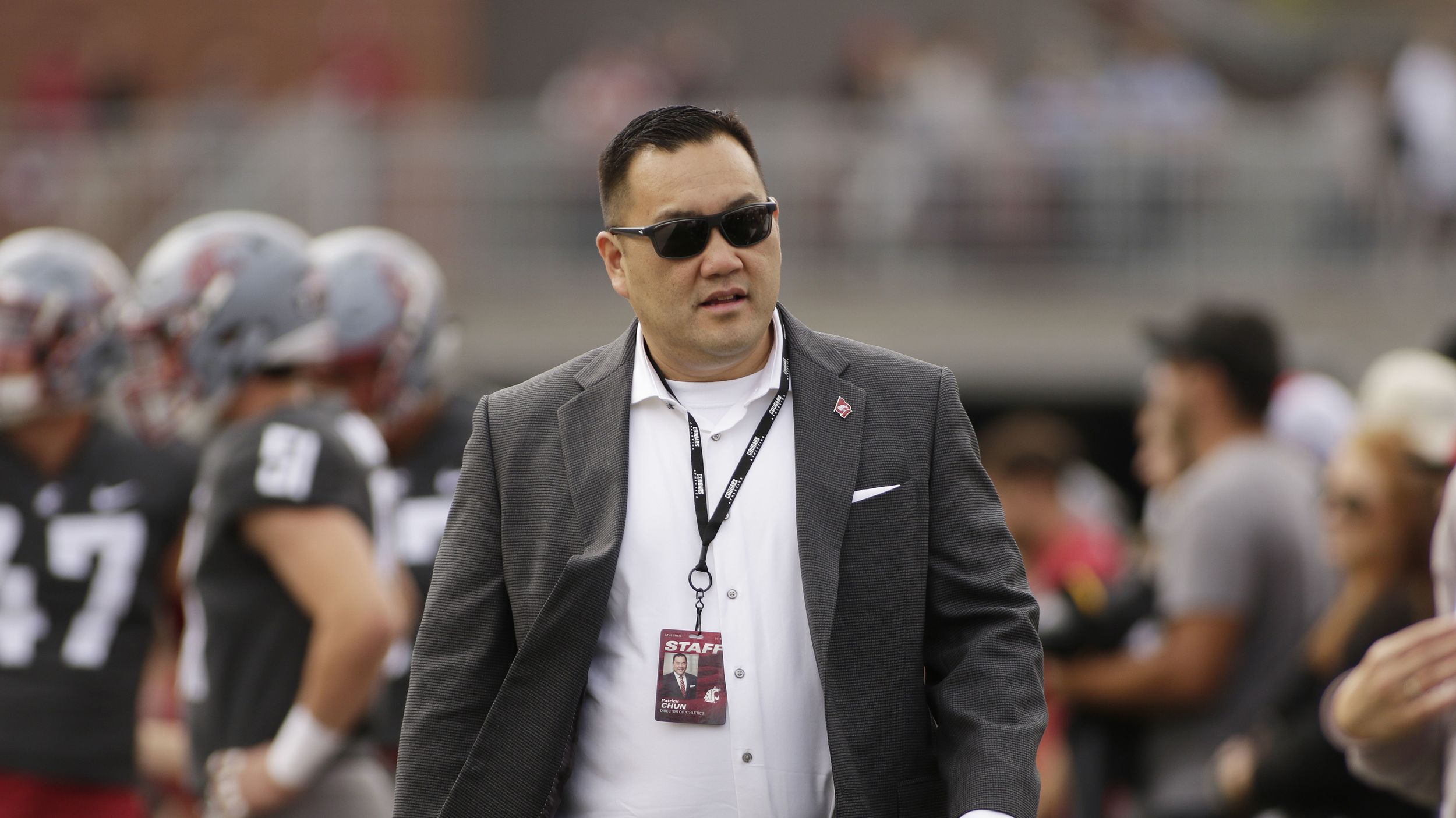 WSU: We linked Jon Wilner’s conference power rankings yesterday but we offer it again this morning from the pages of the S-R website. That way your subscription allows an easy view. … A Pullman councilman has accused Washington State athletic director Pat Chun of some out-of-control behavior. Greg Mason has that story. … Elsewhere in the Pac-12 and college football, the first playoff ranking were released and one team, Oregon, got a pleasant surprise while another, Cincinnati, received the other kind. And Alabama? It is overvalued again. Wilner has his thoughts in the Mercury News. … He also has his bowl projections for the week, with WSU headed to the Holiday Bowl. Wow. … There is a nice undercurrent of academics running through the Washington/Oregon game this week, triggered by some silly comments from Jimmy Lake. Silly and untrue, as the data shows. … The Ducks will be a lot healthier when they travel to Seattle. … Oregon State needs to get healthy with its third-down defense. … Colorado built confidence with aggression on fourth down. … Stanford will probably be without its starting quarterback this week when it hosts Utah. The Utes are not at all upset by that news. … Former USC coach Clay Helton has been hired as Georgia Southern’s head coach. Who will replace him with the Trojans? And who wins this week as they play Arizona State? … Arizona is trying to hit big plays. … In basketball news, Both Gach is back at Utah. Will he be able to play this season? … Arizona played fast and loose in the first game under Tommy Lloyd’s direction.

Gonzaga: As we mentioned (and linked) above, Jim has a story on the Zag rim protectors that shouldn’t be missed. … Dana O’Neil has a story on Holmgren in The Athletic that is also darn good. … The women’s rowing team has been successful lately. Jim Allen examines that, explaining how it has been built, in this story while Jesse Tinsley uses his camera lenses to document their day.

EWU: Larry Weir talked with Paul Sorensen about this weekend’s showdown with Montana State on the latest Press Box podcast. … Around the Big Sky, the best matchup will be in Cheney. But the next-best will be in Flagstaff, where Northern Arizona hosts UC Davis. … Or maybe it will be in Greeley, where Montana faces an improved Northern Colorado squad. … Weber State is enjoying the fruits of playing better. 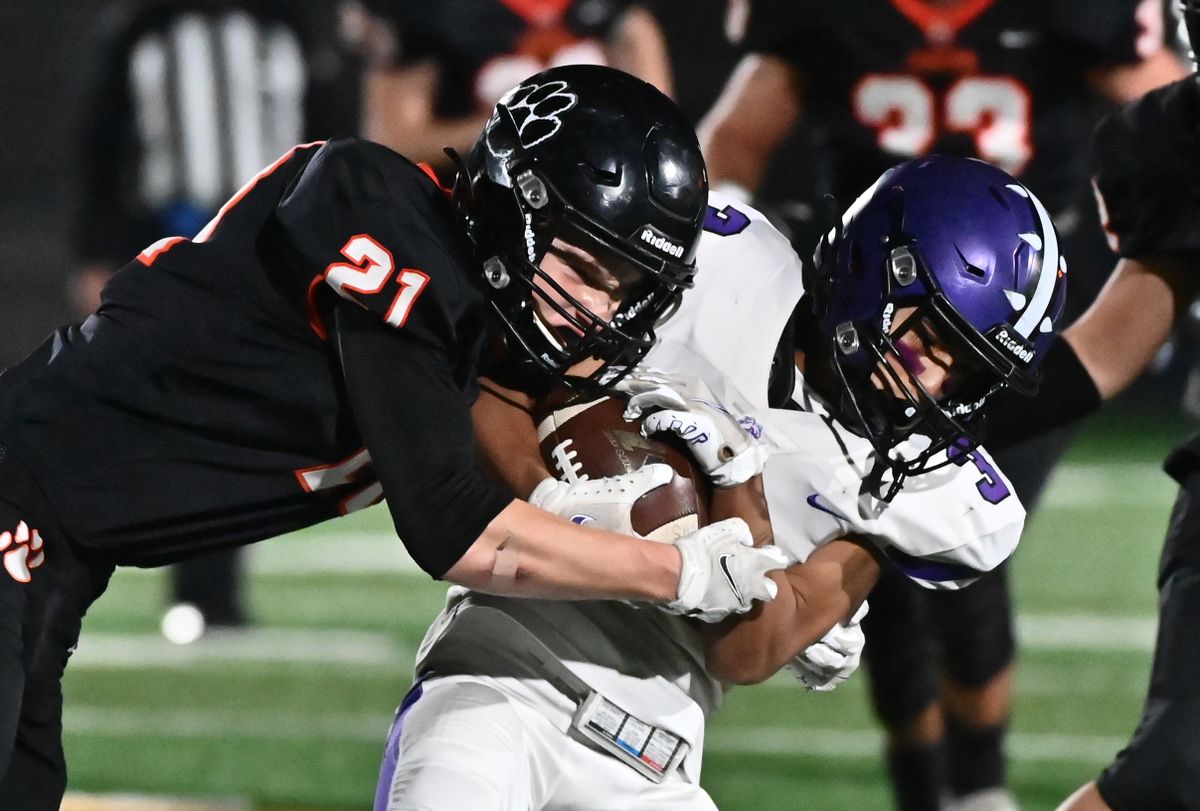 Preps: The tale of girls’ hoop success in the GSL returns this morning with Dave Trimmer’s story on the Mead run in the 1990s and beyond. … In the present, Lewis and Clark advanced to football’s postseason with a 34-28 win over Pasco. The Tigers will face Kamiakan, ranked fourth in the 4A, Saturday. Dave Nichols was at Union Stadium and has this game story. … Dave also has roundups from volleyball and the district playoffs.

Shock: Spokane has a new coach, Cedric Walker. That news is part of a local briefs column. 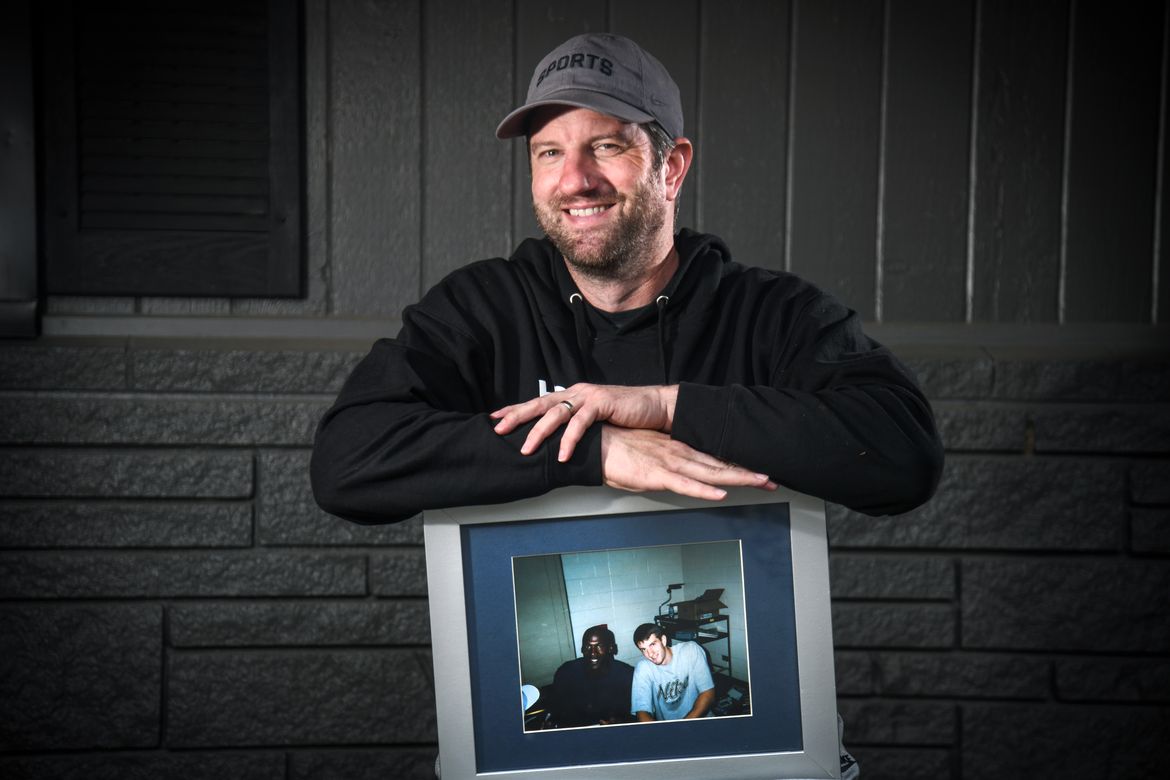 Hoopfest: Executive director Matt Santangelo let his friends and co-workers know Monday he was leaving the organization. It was officially announced yesterday. Adam Shanks has this S-R story.

Seahawks: Seattle didn’t do anything at the trade deadline. Probably waiting to sign free agents. … Russell Wilson is ready to start throwing. Will Chris Carson be back as well?

Sounders: There is a good chance Seattle will host a 2026 World Cup match or two on a grass Lumen Field.

• Good for the Braves. If you want to know who is going to win the World Series every year, either pick the Dodgers or who the Dodgers lose to. That’s been the case every season since 2016. As silly baseball stats go, that one is right up there. And it also happens to be true. Until later …