A GRIP ON SPORTS • We’re not sure what we look forward to more. The beginning of college basketball season or March Madness at the end. Being that it is November and we’re here now, we’ll side with the season’s start. How about you?

• The best part of March Madness? How about a playoff that features all of the nation’s top teams – except, this season, Oklahoma State, after the NCAA neutered the Cowboys yesterday – ensures a boatload of great nonconference matchups in November and December. 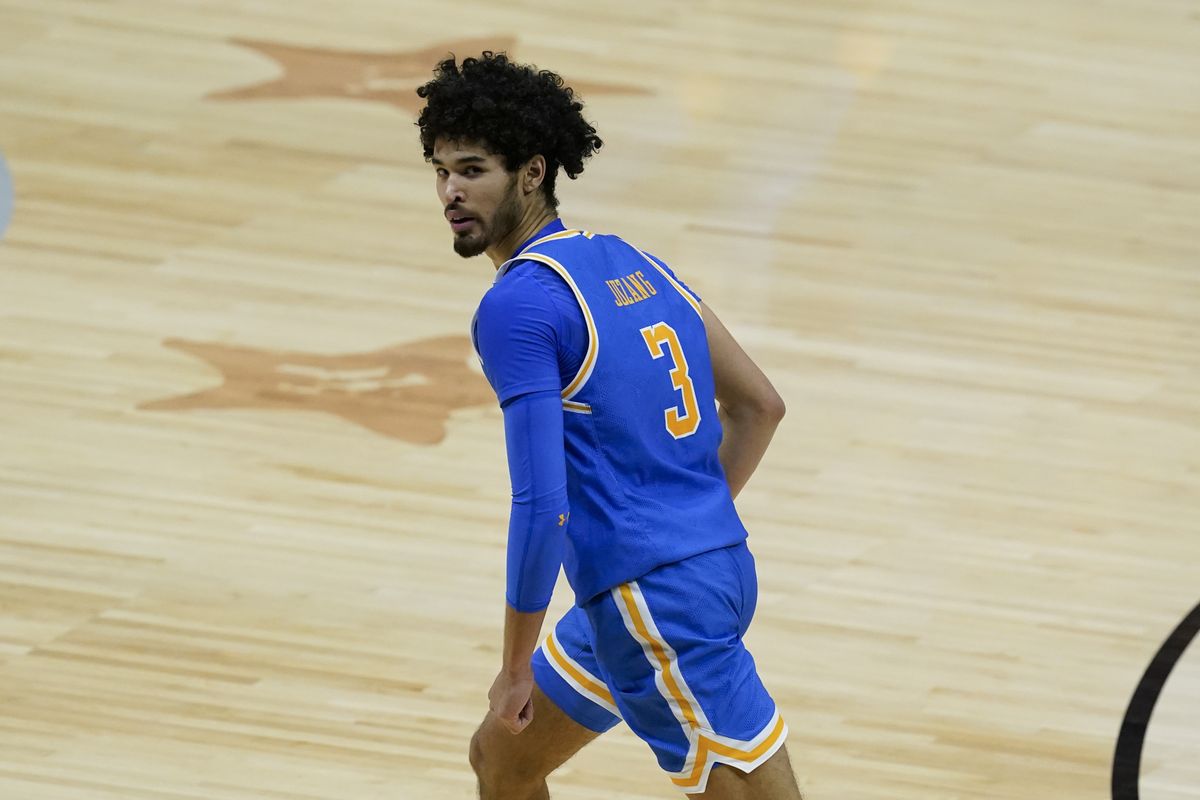 No worries one loss will irreparably destroy your resume. In fact, the odds a loss against a great team will actually help are pretty high. So play them. As many of them as you can.

Which brings us to today’s top story in the print edition of The Spokesman-Review.

Texas, Alabama, Duke and the one I’m really looking forward to, UCLA.

Four of the top 15 teams in the nation. All within three weeks. One at home, two in Las Vegas and the last in Seattle. A swing through the Western U.S. against the country’s best.

Win or lose, it’s a way of simulating what may happen in March. There are higher stakes then, for sure. But Mark Few’s young team needs to learn what awaits them. And how to deal with it. 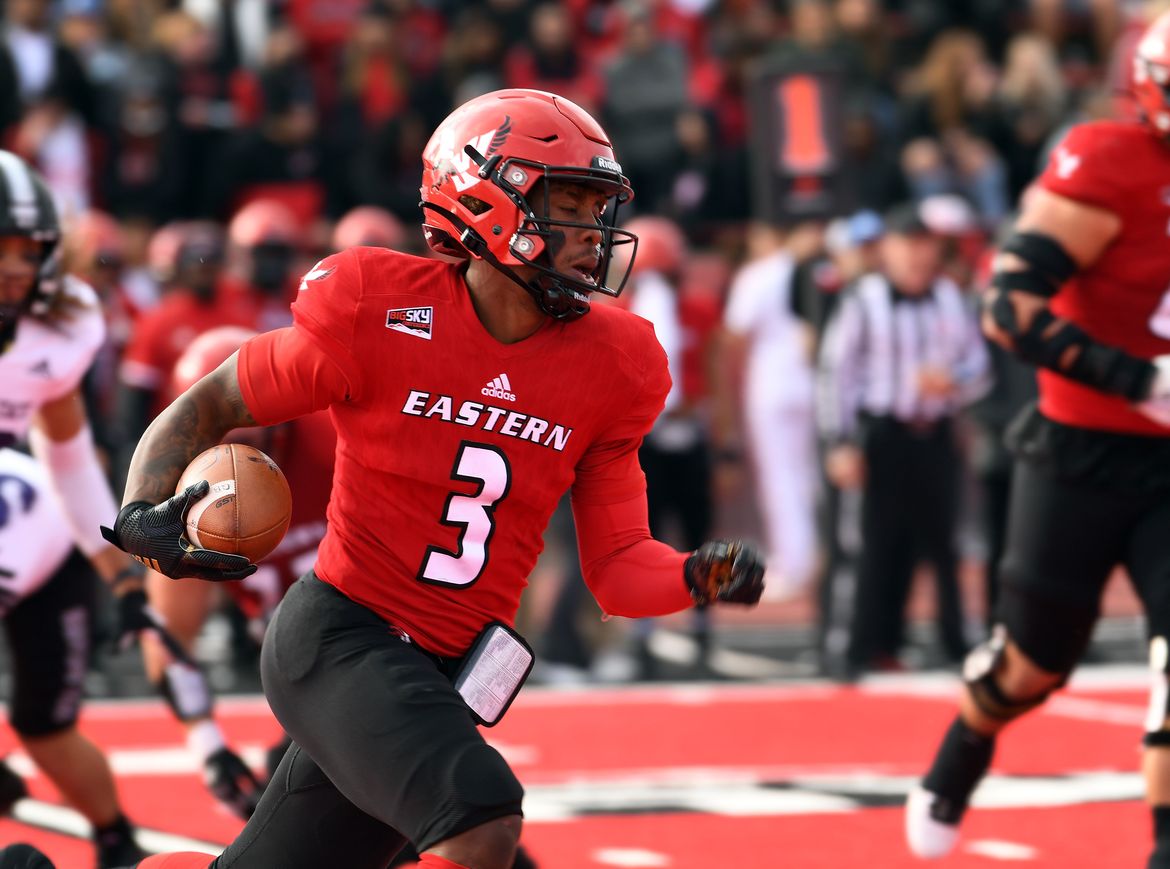 • The last time Eastern Washington faced another FCS top 10 team in Cheney, the Eagles battled past Montana and bolted up the rankings. This Saturday’s showdown with No. 4 Montana State (7-1 overall, 5-0 in Big Sky Conference play) promises to be another tight affair.

With even more on the line.

The fifth-ranked Eagles (7-1, 4-1), who were flying along atop the conference standings until being shot down by Weber State (at home no less), need a win to keep hopes alive for the conference title. And a high seed in the FCS playoffs, which carries with it a first-round bye. The Bobcats? They need to win to stay tied atop the standings with surprising Sacramento State, who has a fairly easy stretch run.

• Yusei Kikuchi, boom or bust? Bust. Most definitely. Unless the Mariners wisely use the gift he gave them yesterday.

Kikuchi declined a $13-million player option for next season, opting to become a free agent instead. The left-handed starting pitcher feels he can find a place where his talents will be appreciated more, I guess. It’s obvious that wasn’t Seattle, not after his third season fell apart down the stretch like a 1986 Buick.

However, if you think the M’s will spend that money on someone better, I wouldn’t get my hopes too high. After all, Jerry Dipoto was the guy who gave Kikuchi a $56-million, four-year contract in the first place.

And that turned out to be, mostly, a waste of money. Unless you feel a starting pitcher with earned run averages of 5.46, 5.17 and 4.97 is worth that type of dough. In his two actual regular-length seasons with the M’s – 2019 and 2021 – he gave up 63 home runs, which, I don’t know, seems like a lot. (Spoiler alert: It is.) He had flashes of brilliance, sure but also long stretches of mediocrity – and worse.

The M’s will have to fill the spot in the rotation of course. But they have options. And may have more, if they use the $13 million. Wisely. 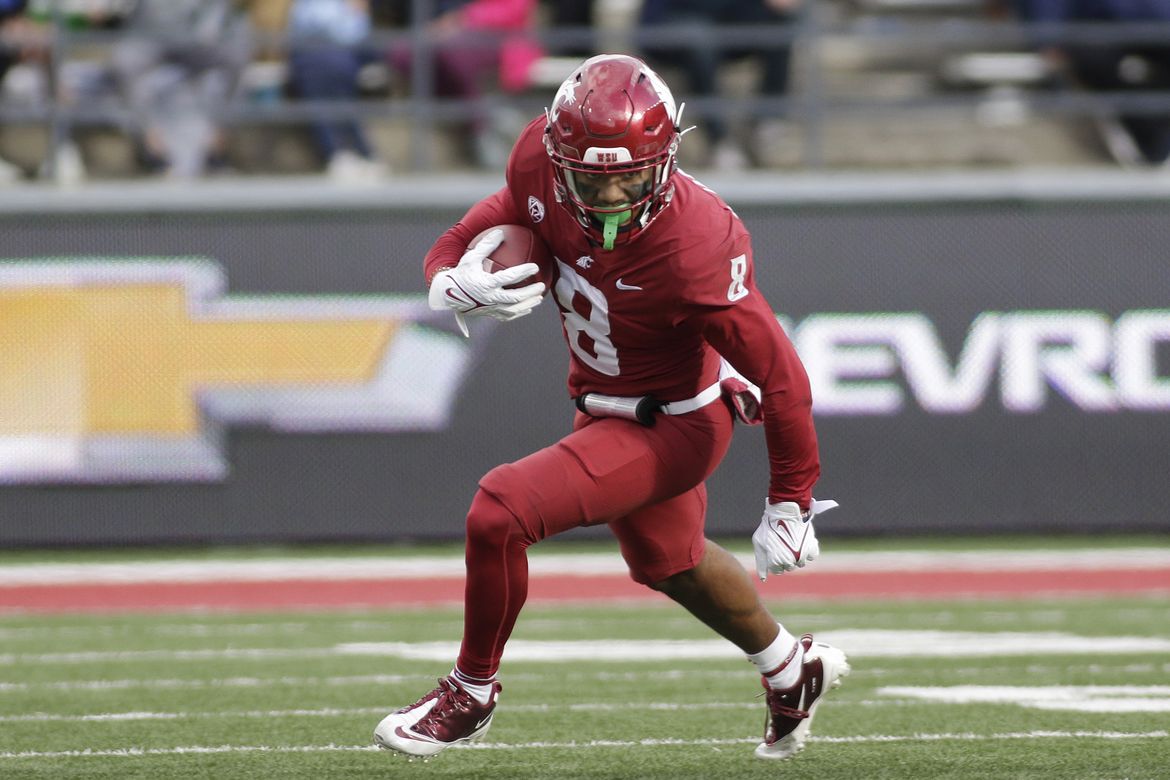 WSU: Despite the Cougars enjoying a week off from games, there is a lot of news from Pullman. Calvin Jackson Jr., the super senior whose catch at California is still one of the season’s best, is now on the Biletnikoff Award watch list. Colton Clark has that story. … Colton also covers some news from the courts, where Washington State and Nick Rolovich presented counter arguments in Kassidy Wood’s lawsuit. It’s not just politics that makes for strange bedfellows. … Rolovich’s name comes up in this Art Thiel column about Aaron Rodgers and not in an overly negative way…. Elsewhere in the Pac-12 and college football, Jon Wilner has his weekly picks in the Mercury News. … Jimmy Lake backtracked like a garbage truck in a cul de sac yesterday and his beeping could be heard all the way to California. … The rivalry game with Oregon was going to be interesting without the added salt. If Washington wins, the Pac-12 won’t have a playoff team. … The Ducks should have a key player back. … Oregon State needs to rebound from an awful defensive performance. … The newest member of the Colorado coaching staff is enjoying himself. … Without Tanner McKee, Stanford may be hard-pressed to stay with Utah. … UCLA has been hard-ressed to stay with a lot of teams as its defense has been in-and-out. Will the coordinator be out? … A backup Bruin quarterback is making some money with NIL. … USC wants its safety to have more confidence to make plays. … Arizona State wants to put pressure on the Trojan offensive line. … Arizona defensive coordinator Don Brown hates the targeting rule. … In basketball news, Wilner has his first power rankings in the Mercury News. … Washington isn’t very high in a make-or-break year for coach Mike Hopkins. … Oregon State won’t have a transfer big man available early in the season. … A Colorado big man is concentrating on the details. … Utah wants to run more this season. 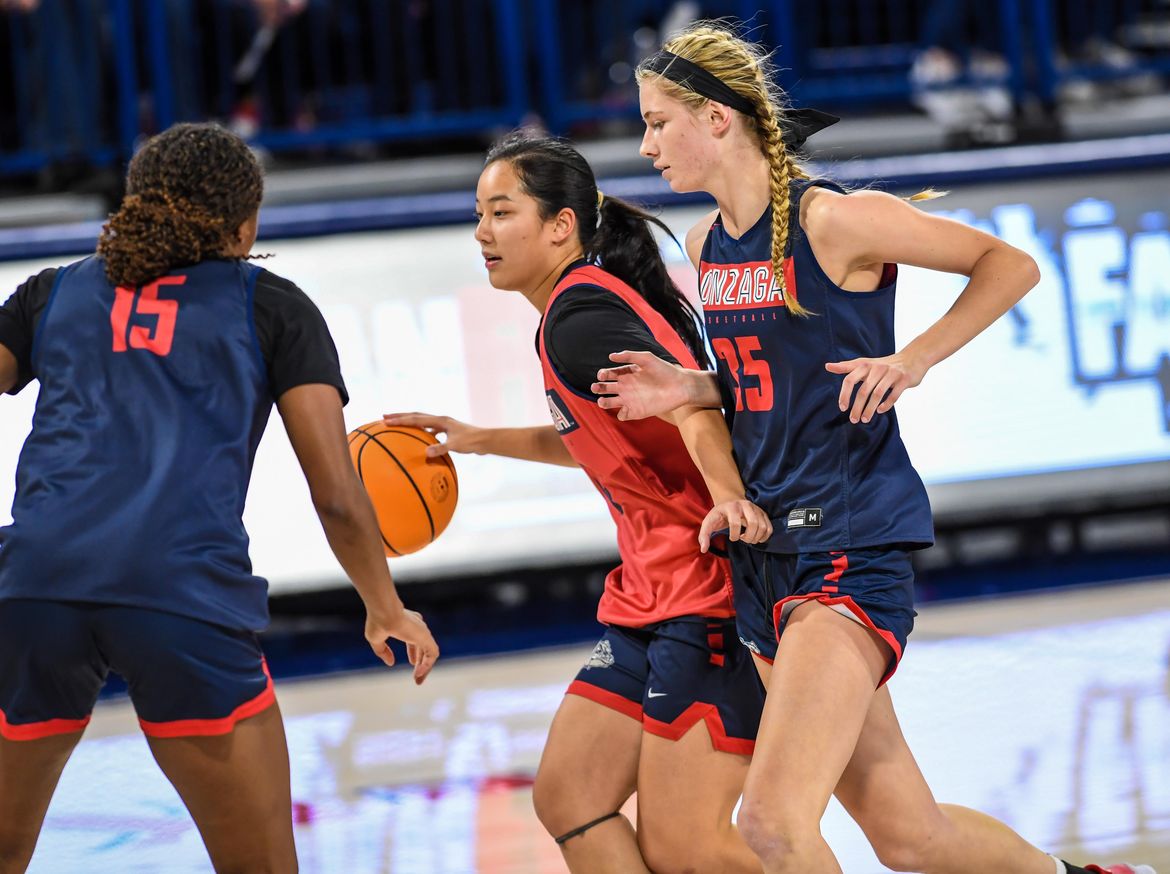 Gonzaga: As we mentioned above, the Zags’ nonconference schedule is the subject of Jim’s lastest story. I am looking forward to the UCLA game not just because of the great matchup last season but because the Bruins have everyone back. And GU does not. How the new guys play may just give us a benchmark for the season ahead. … The Gonzaga women have other priorities this November. Like figuring out a starting lineup and rotation. Jim Allen examines that in this story. The Bulldogs lost three starters off last season’s team. … Elsewhere in the WCC, BYU’s depth may mean a lot of mix-and-match lineups. 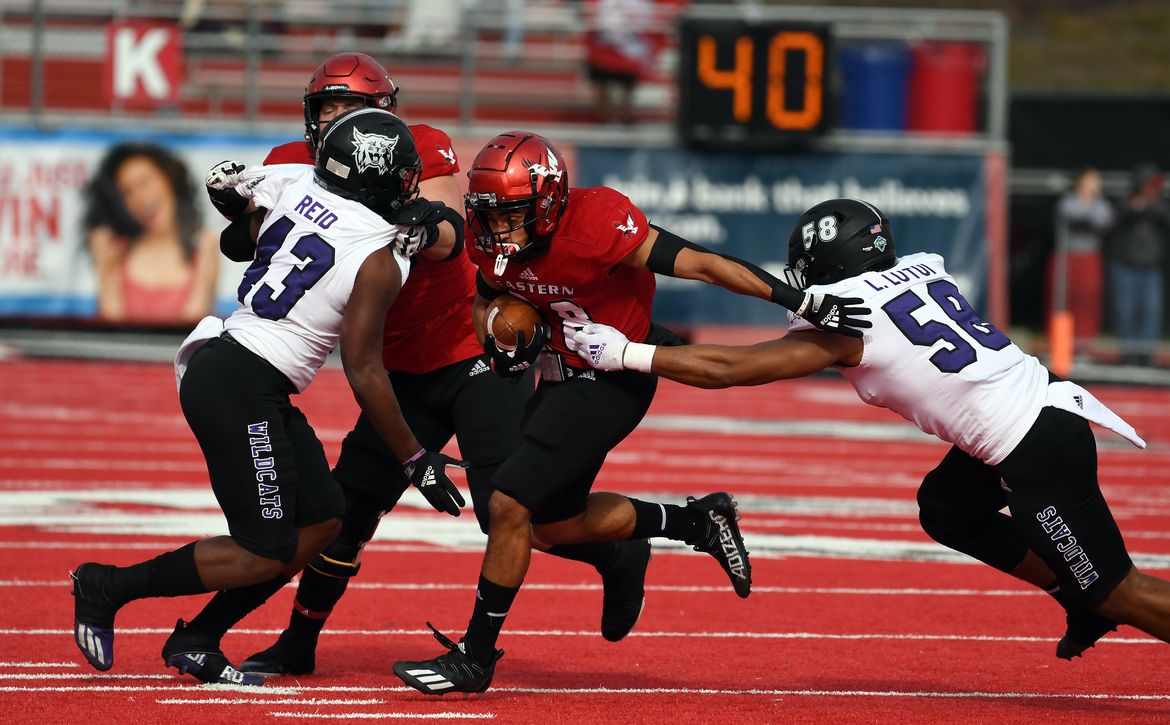 EWU: Dan Thompson previews Saturday’s game on the red turf as well as looks around the conference with this notebook. … Larry Weir shifts his focus to Big Sky basketball, talking with Idaho radio voice Chris King in the latest Press Box podcast. … Around the Big Sky, Northern Colorado and Montana both have a lot of Power 5 transfers. … The Bobcats are taking advantage of NIL opportunities. … Thanks to his teammates’ help, a Weber State returner has set records. … In basketball news, Montana State rolled in its exhibition game. Eventually. 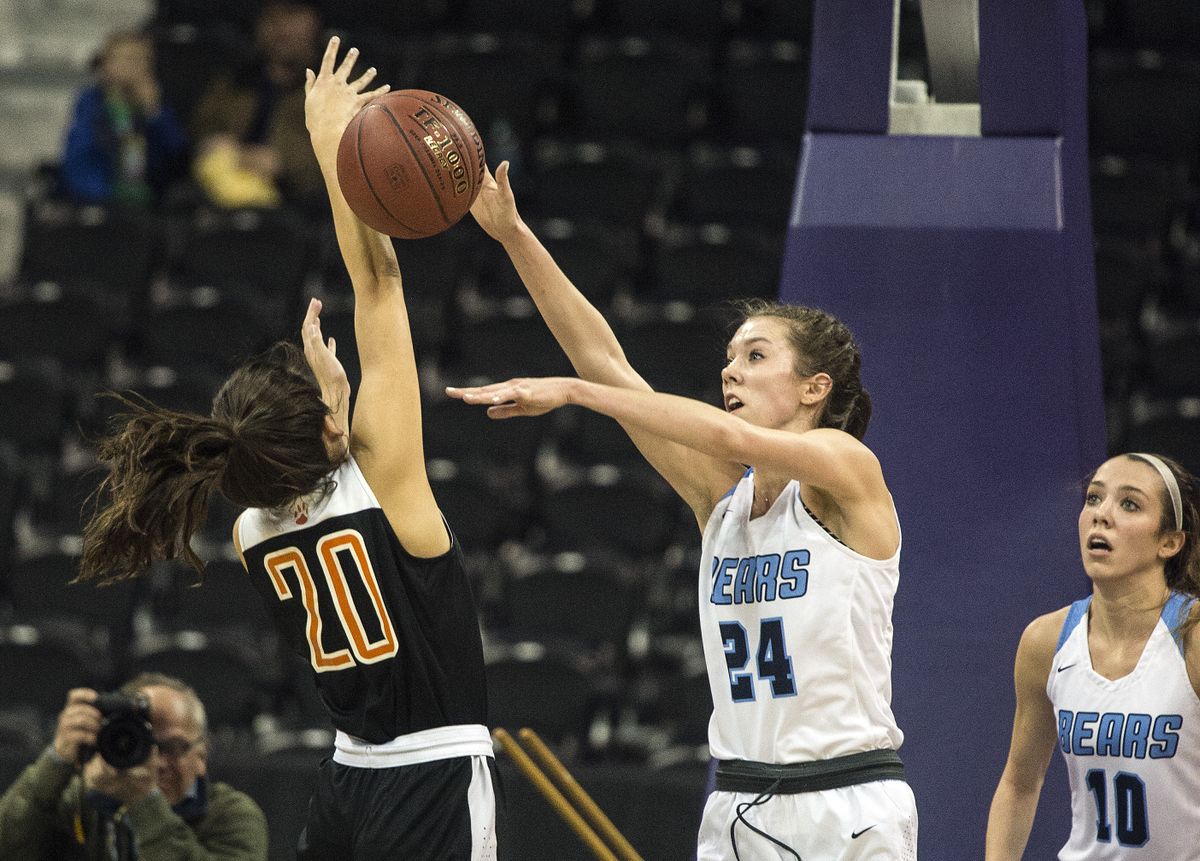 Preps: The series covering girls’ basketball success in the GSL is back this morning with Dave Trimmer’s story on Central Valley, which has one of the deepest traditions in the area. And the most recent 4A title. … We have a story coming on Lewis and Clark’s time in the spotlight. Briann January was a big part of that. Her number is being retired at Arizona State. … This week it’s playoff time in football. Dave Nichols has a preview of the local games. … It’s also playoff time in volleyball and Dave examines that as well. … Justin Reed does the same with the soccer playoffs. 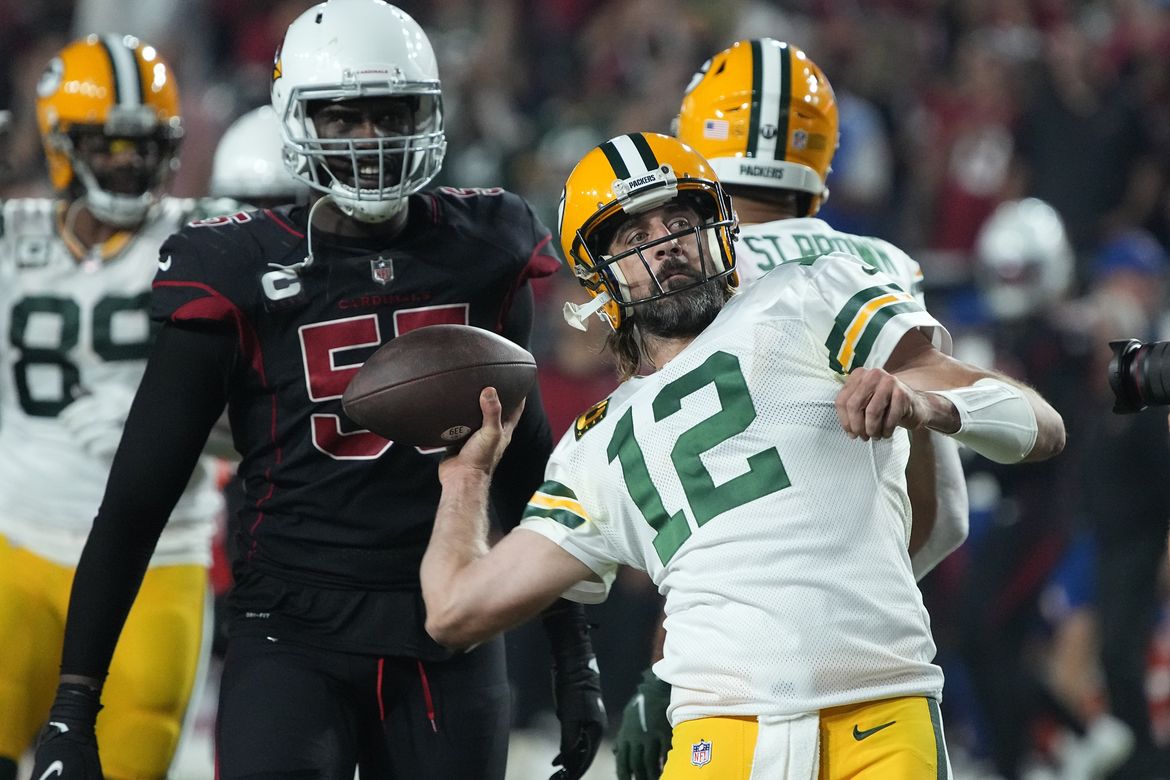 Seahawks: What’s ahead for the Hawks in the second half of the season? Well, Russell Wilson will be back, maybe even after the bye. … Chris Carson may be too. … Hey, Rodgers has COVID-19. And is out at least 10 days. (And Green Bay plays Seattle in 11.) But didn’t Rodgers answer “yes” when asked if he was vaccinated? Why, yes, he did. He lied. Wasn’t it George Costanza that used to say “it’s not a lie of you believe it?” Our only response: Serenity now.

Mariners: The Kikuchi news is only part of what happened yesterday. Ryan Divish looks ahead at what’s on the calendar.

Sounders: Austin did Seattle a favor, defeating Kansas City 3-1 and keeping the Sounders atop the Western Conference table. A win at Vancouver on Sunday will clinch the top seed.

Kraken: Seattle is finally where it wanted to be with its goalies.

• We want to give you a heads up. We are taking a bye. Saturday. We won’t be here. With Washington State and the Seahawks both off this weekend, we thought it was the perfect time to take a day ourselves. We will be here tomorrow. And Sunday (probably, but who knows – we might love sleeping in so much we decide to quit). But not Saturday. Until later …