A GRIP ON SPORTS • There are holes in the weekend TV-watching schedule. No Washington State football. No Seattle Seahawks football. But there are also other sports ready to fill those blank spots. Which is nice. 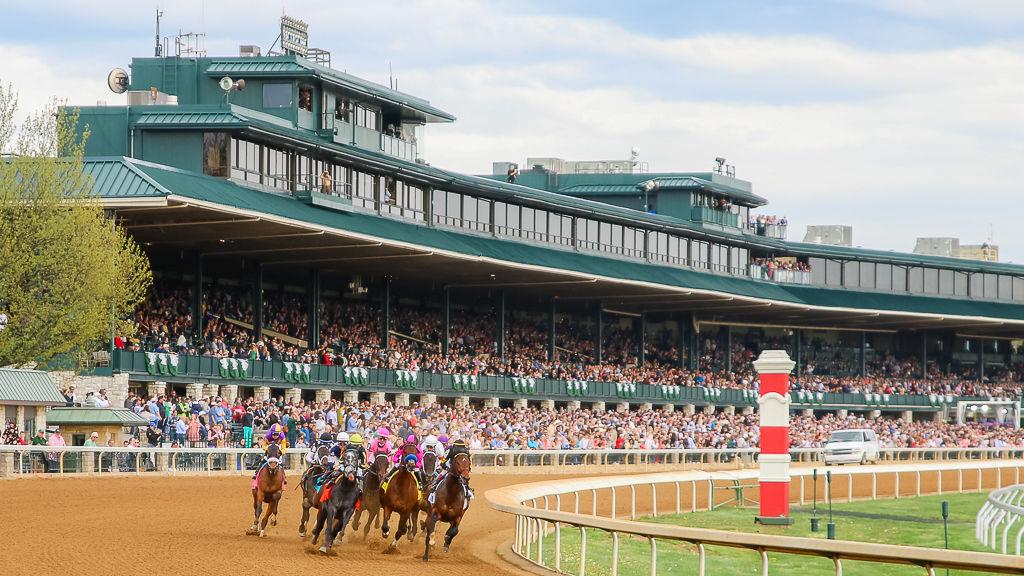 But what happens when there are byes? When the teams you focus upon take the weekend off? Rake more leaves? Are you crazy?

This weekend there are a many alternatives, from playoff football at the high school level through exhibitions for the local college basketball programs through a whole day of horse racing, if that’s your thing.

And, of course, it’s not like everyone associated with football is off this weekend.

Heck, what may be the most virulent rival – it seems to breed silliness at an unprecedented rate – in the Northwest, Oregon and Washington, is set to play out in Seattle (4:30 p.m., ABC). And there are a few top-notch games from around the nation, including a local one in the FCS, with fourth-ranked Montana State visiting No. 5 Eastern Washington (1 p.m., SWX).

Sunday’s highlights include Green Bay, without Aaron Rodgers, at Kansas City (1:25 p.m., Fox) and Tennessee, without Derrick Henry, at the L.A. Rams (5:20, NBC), two games marred by stars being out.

NASCAR has its Cup championship race Sunday from Phoenix as well (noon, NBC).

The byes make it an odd way to kickoff November, that’s for sure. But awful? No way. Until you look at the leaves, I mean.

• Forget about looking at the leaves today. Grab your Spokesman-Review college basketball special section, either in print or through the links below, and enjoy the coming season. 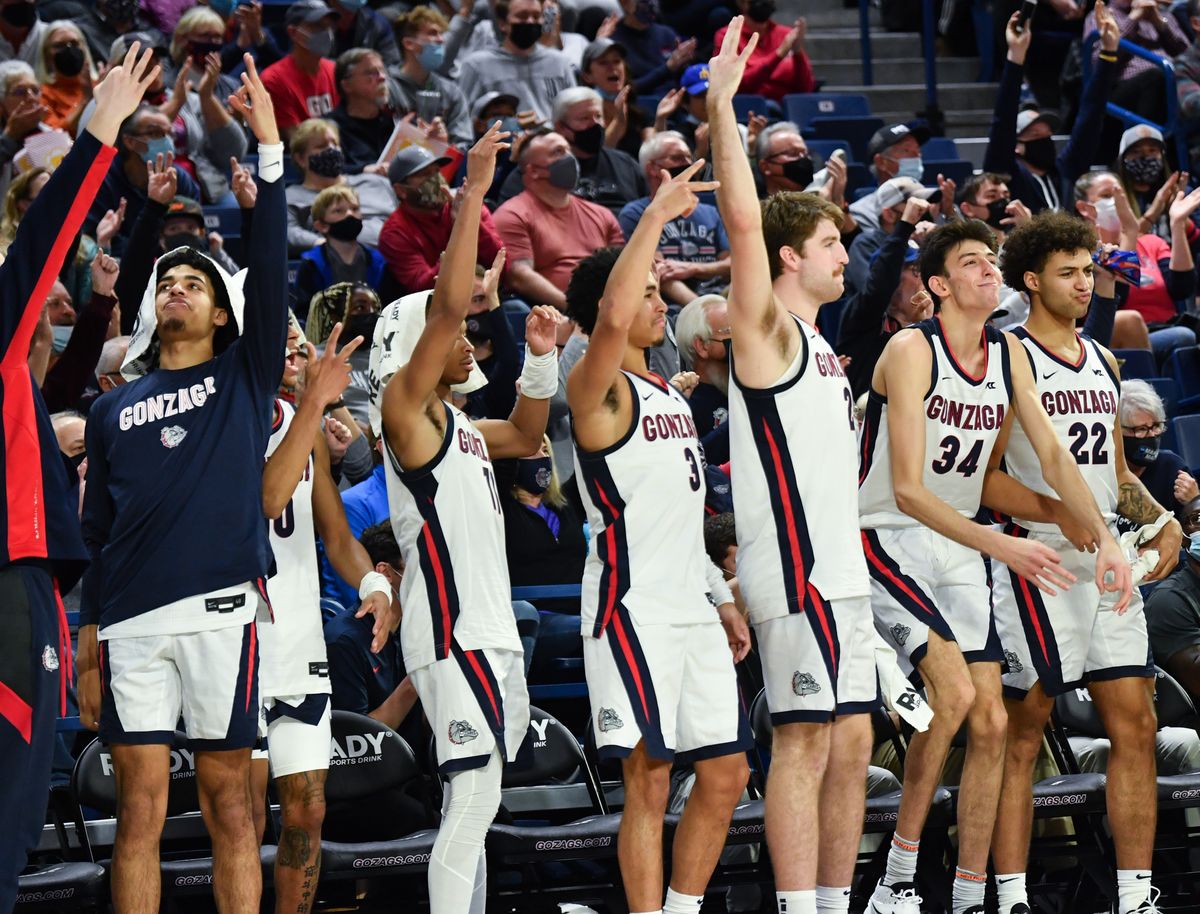 It should be extraordinary. How so?

How about this: Gonzaga is ranked No. 1 and has as good a shot at its first NCAA title as its ever had; Washington State is looking like it will return to the NCAA Tournament for the first time since Tony Bennett left town; Eastern Washington has an almost entirely new look that should be exciting to watch develop; Whitworth is always going to win a bunch of games and threaten for the Northwest Conference title; and Idaho will win more games this year than last – guaranteed.

And that’s just with the men. The area women are in more flux than we can remember – Gonzaga is rebuilding, WSU is set to make a run at the NCAA tourney for a second consecutive season, EWU has a new coach, Idaho has new stars emerging – but rarely fail to entertain.

All of that, and more, is covered in the special section. Enjoy. 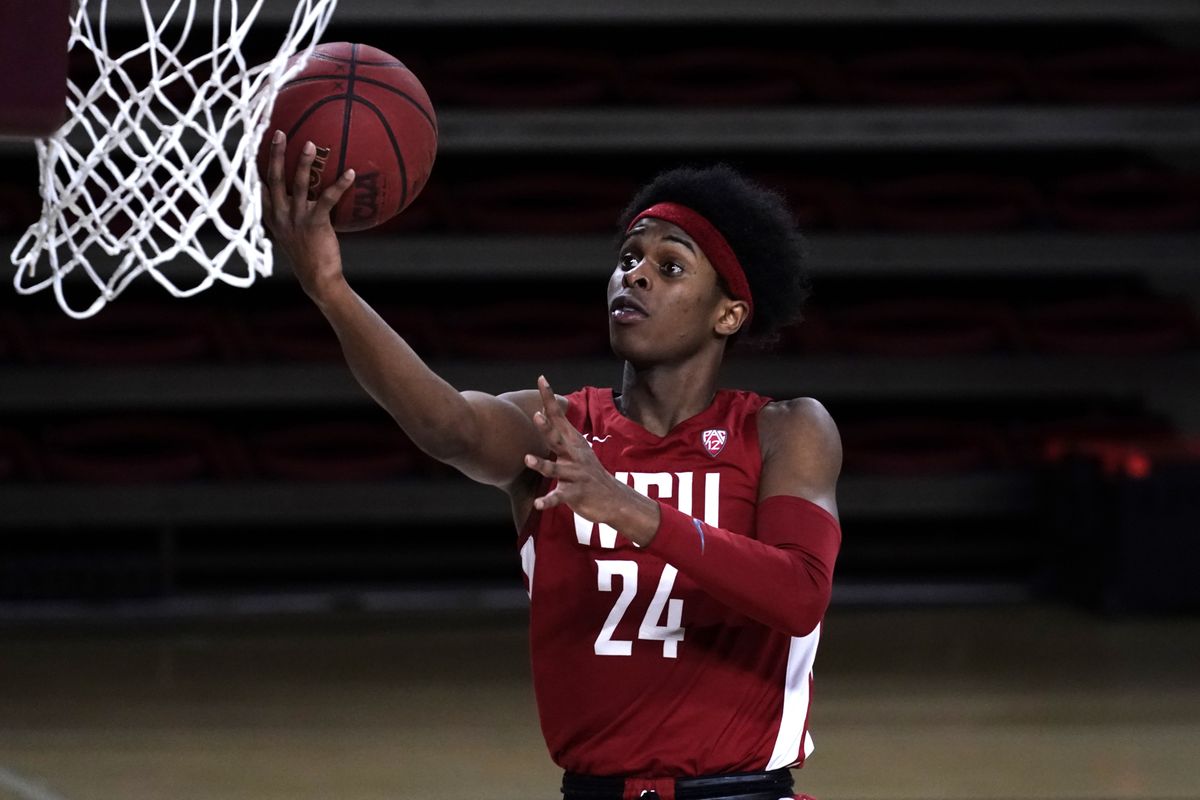 WSU: Even though the emphasis this morning is on hoops, we’ll kick off the Washington State section with football-related items. How about Colton Clark’s story on what the Cougars hoped they accomplished during the week of practice (and in the recruiting weekend ahead)? … Or how about Colton’s Warren Powers obituary? The former Cougar coach (one year, 1977, while I was in college far, far away), died Tuesday. … Or how about Nick Rolovich’s representatives filing an appeal of his firing, with an eye on initiating a federal civil rights lawsuit after the appeal is rejected. Isn’t it ironic that Rolovich and WSU are already involved in a federal civil rights lawsuit together, one filed by a former player, Kassidy Woods? What a mess. … OK, now to basketball news. Colton has the Cougar men covered in this preview while Jim Allen delves into the women. … Elsewhere in the Pac-12 and college football, Jon Wilner has a stock report in the Mercury News and a summary of the weekend ahead. … The rivalry game between Washington and Oregon is many things, but lately balanced it is not. … The Huskies may have found a new defensive star. … The Ducks hope to have a bunch of their unsung players back from injury, which should help against the UW offense. … Oregon State’s season thus far was sure to attract questions. … OSU backup quarterback Sam Noyer is excited to head back to Colorado. … Stanford will try to defeat Utah at home for the first time ever and the Cardinal will try to do it with one hand tied behind their backs. … The same could be said of California, which will leave a bunch of players home due to COVID-19 protocols. Arizona, which hasn’t won in 20 games, isn’t complaining as it is missing people as well. … USC may try to run over Arizona State, considering its passing attack is crippled. … The Sun Devils keep shooting themselves in the foot. … In basketball news, the conference was successful in March. But everyone seems to be saying, “prove it.” … Better shot selection is important for one Colorado player. … Utah ran to an easy exhibition victory. … Peyton Watson made his UCLA debut an impressive one. 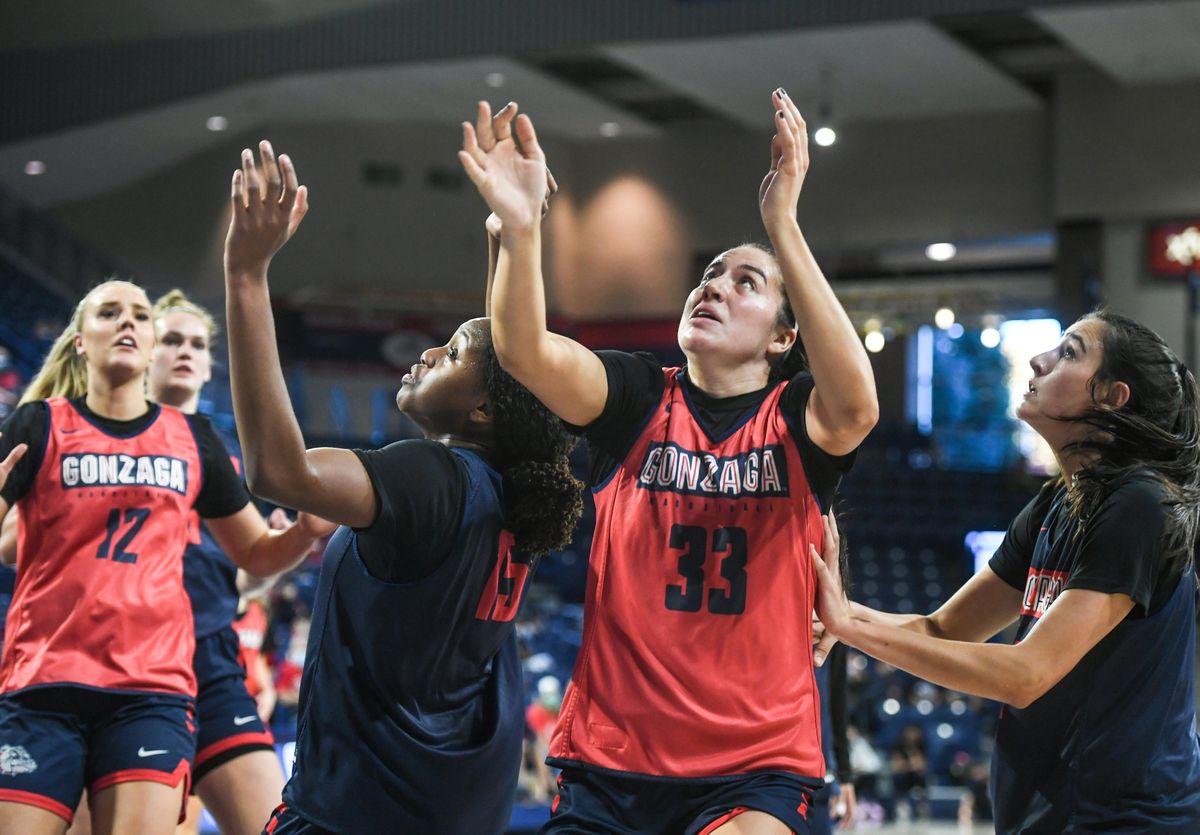 Gonzaga: Before we get to the on-court season ahead we want to draw your attention to Jim Meehan’s story on the season that never ends, recruiting season. Jim has this on the Zags among point guard Jackson Shelstad’s final three, along with UCLA and his home state Oregon Ducks. … Theo Lawson picks up the preview duty for tonight’s exhibition with L-C State. … The season previews? Jim Meehan takes care of the men and Jim Allen the women. … John Blanchette has this look at the West Coast Conference race. … Elsewhere in the WCC, BYU struggled in its exhibition win over Colorado Christian. 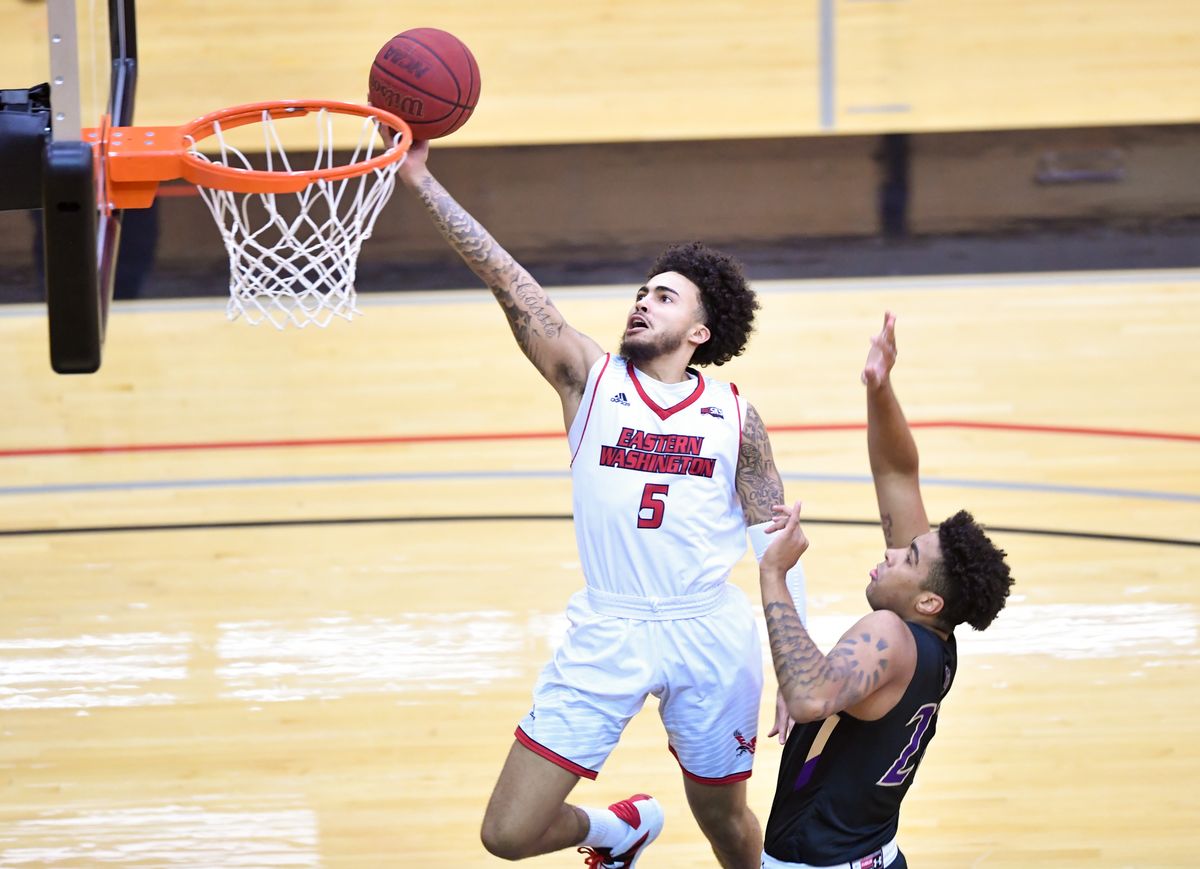 EWU: Dan Thompson takes care of the men’s preview and Jim Allen focuses on the women. … A couple of Eastern transfers, and Shadle Park High grads, Tanner and Jacob Groves, are already fitting in at Oklahoma. … Around the Big Sky, Montana has a kicker who has thrived on adversity. He’ll try to help the Griz shoot down Northern Colorado, which has improved. … Idaho State has tough opponent: BYU. … Northern Arizona and UC Davis face off in what may be an FCS-playoff-hopes elimination game. 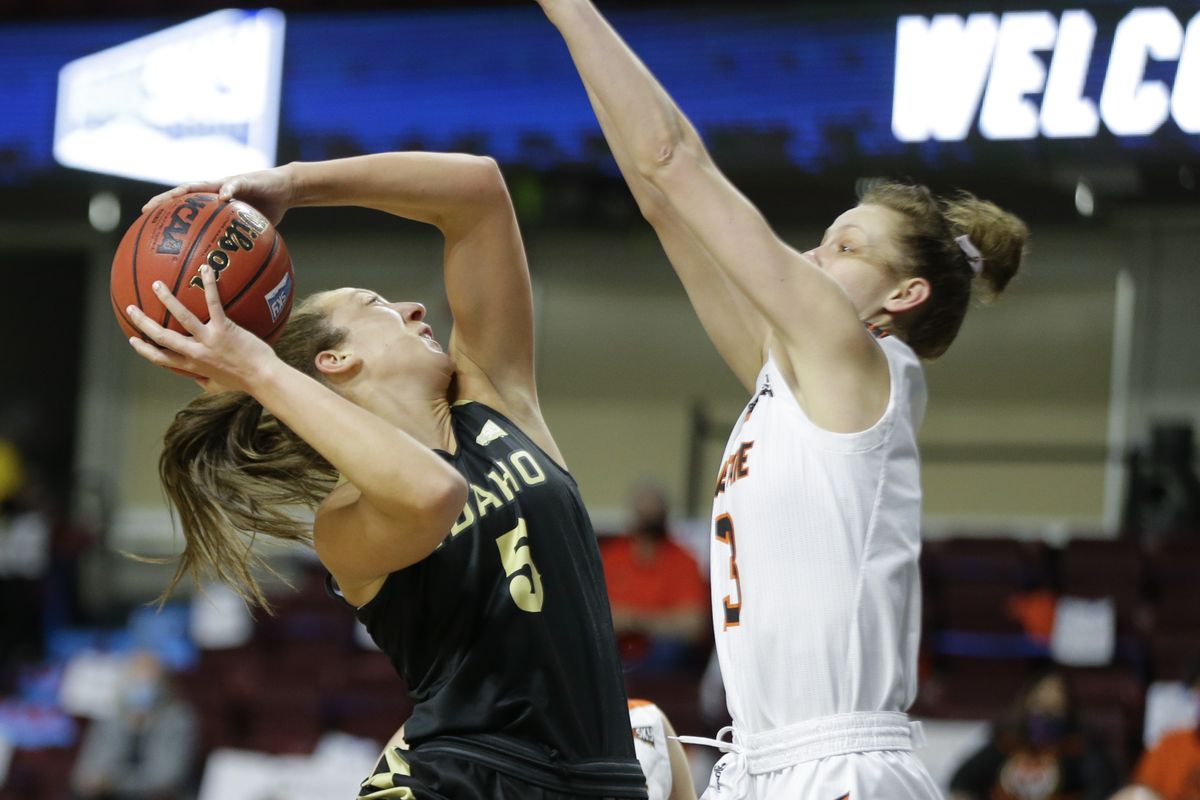 Idaho: The Vandals are trying to develop a new identity on the men’s side, as Peter Harriman tells us, while trying to keep the success rolling on the women’s, as Jim covers. … The football season is winding down and UI will not finish with a winning record. Peter returns with this feature on two transfer receivers who have made an impact.

Whitworth: The Pirates are hoping for a return to normalcy, which means winning. Dan has this preview of the men while Justin Reed does the same with the women. That preview also includes the local community college programs. 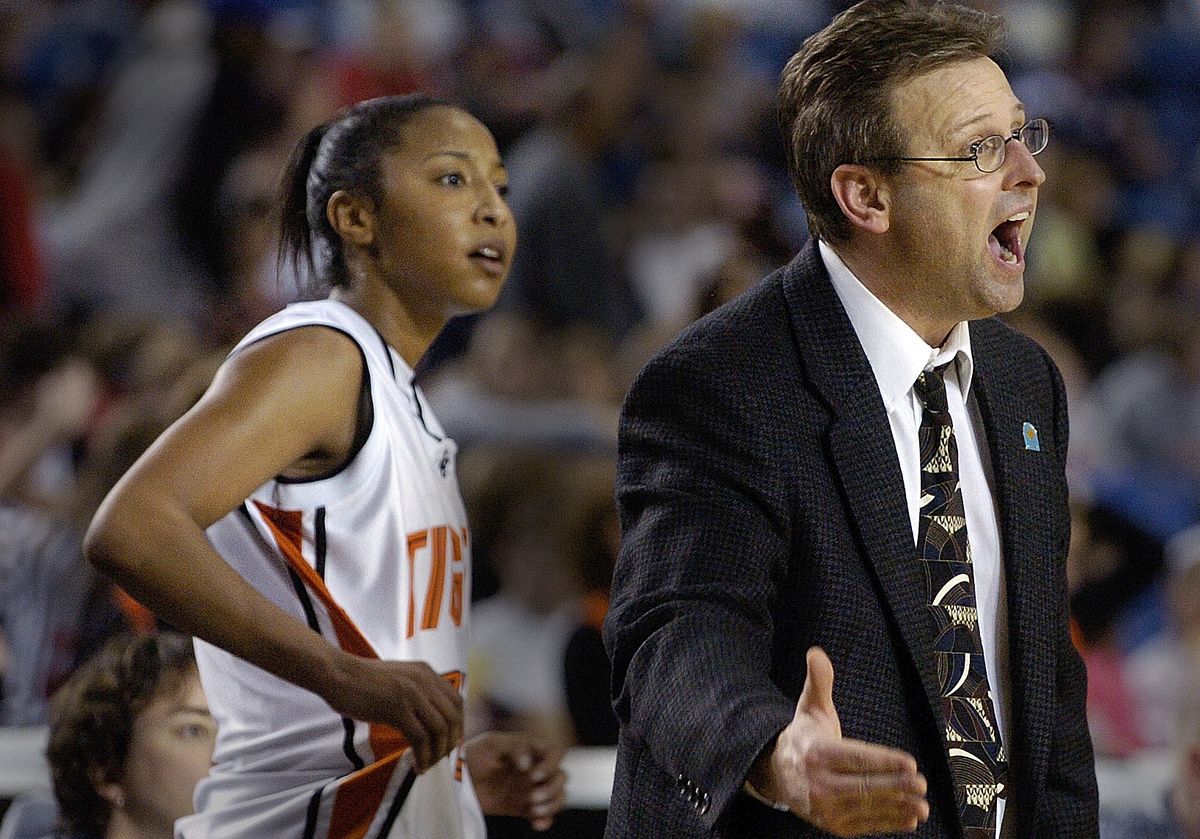 Preps: The series covering girls’ basketball success in the GSL returns this morning with my pieces on Lewis and Clark and Gonzaga Prep, the most recent back-to-back 4A titlists in the area. … Dave Nichols has roundups of the soccer and volleyball action from Wednesday. … There were also a handful of football games last night and Dave has that roundup as well. … Dave was really busy yesterday but he still spoke with Larry Weir for the latest Press Box podcast. 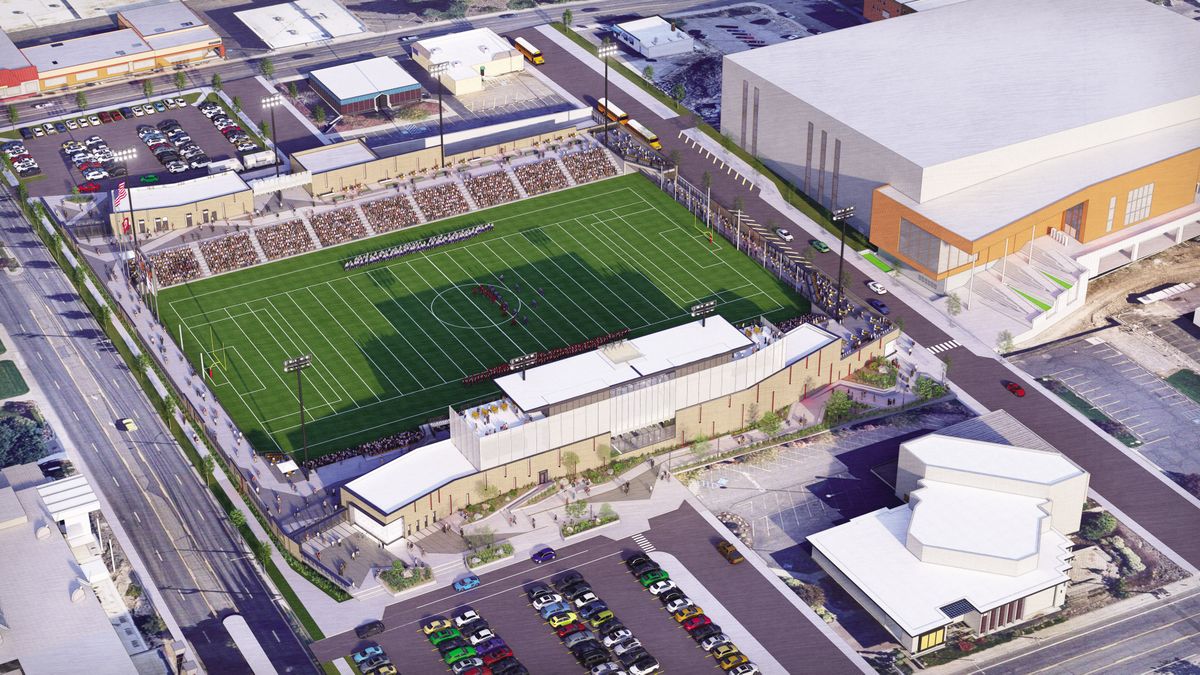 Soccer: The new downtown stadium may have dueling soccer tenants. Jim Allen has this story about Brett Sports exploring an MLS farm club.

Seahawks: The season is basically half over. So Bob Condotta hands out mid-term grades and answers some key questions. … Wouldn’t it be ironic if Russell Wilson played in the Packers’ game and Rodgers did not?

Mariners: Who could the M’s trade this offseason to bolster the offense?

Sounders: Win Sunday at Vancouver and Seattle has home-field advantage throughout the Western Conference playoffs.

Kraken: The first hat trick in franchise history led to a 5-2 win over Buffalo. … The blueprint for expansion teams varies by franchise.

• Remember, we won’t be in this space tomorrow. We’re taking a day off. See you Sunday. Until then …