A GRIP ON SPORTS • Where were we? Oh, yes. Wondering what we were going to fill up our weekend with. We figured that out.

• It’s already been a pretty good weekend, other than yesterday’s rain we mean.

Gonzaga’s men started it off with an easy exhibition victory Friday night against one of the better NAIA teams year-in and year-out, Lewis-Clark State. The GU women then rolled over Division II Central Washington in their Saturday exhibition. Saturday night was punctuated, literally, by a tough fight for Oregon in Seattle, but they ended up winning their crucial rivalry game with Washington.

In between there was one heck of a lot of high school sports – including State cross country titles being decided – and a few top 25 upsets in college football.

All in all, for a weekend with Washington State just watching and, today, the Seahawks doing the same, it has already been pretty crowded.

So we will let you get to it.

• A thing I love about Spokane, version 1,493: How many places would the coach of the nation’s No. 1 college basketball team stop in a parking lot and have a quick conversation about youth basketball? And not just the youth basketball the two of you had just witnessed?

Not many, that for sure.

It’s one of those Spokane things. 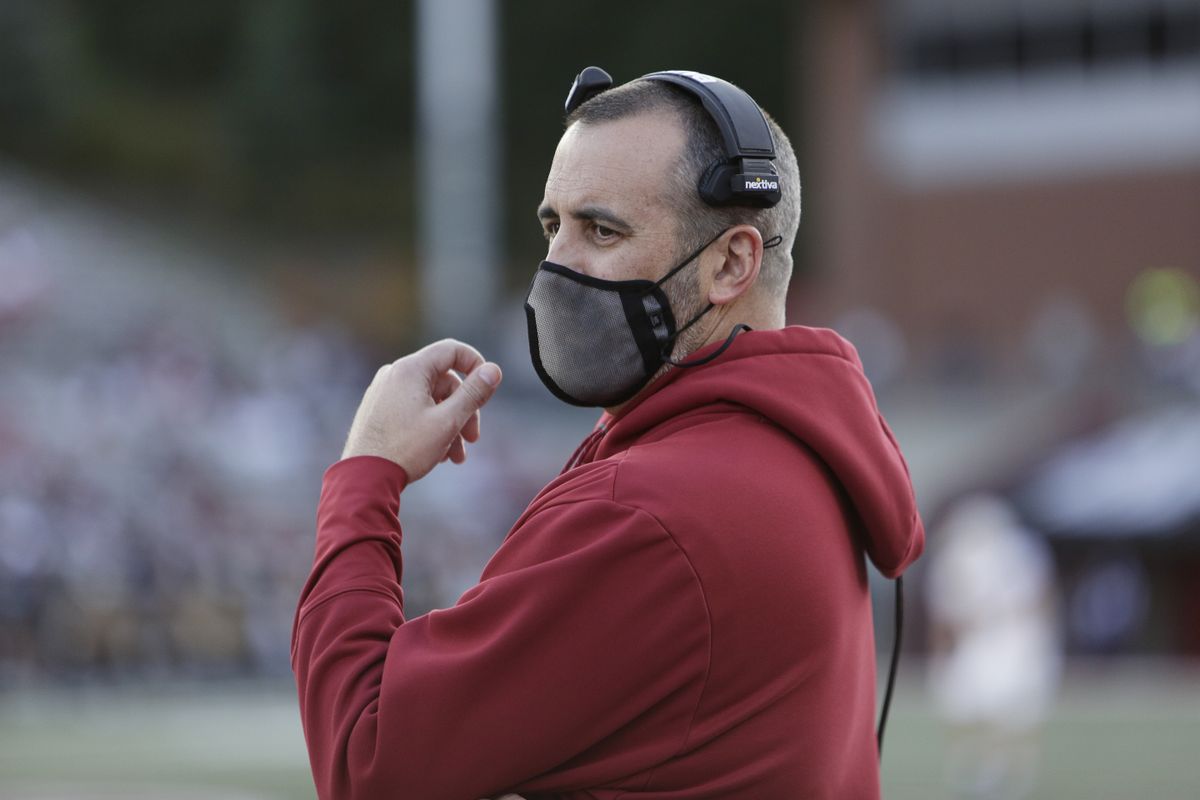 WSU: With the Cougars not playing yesterday, our first story is from Greg Mason, who covers Gov. Jay Inslee’s response to Nick Rolovich’s firing appeal. … Elsewhere in the Pac-12 and college football, Jon Wilner takes his usual look at what happened on the weekend (there was a Friday night game, Utah’s 52-7 thrashing of Stanford). … There was a thrashing in Seattle last night, though not necessarily on the scoreboard. Oregon defeated Washington 26-16 (and it could have been 33-16 easily), but that may not end up being the biggest news. What happened on the sidelines in the first half, when Jimmy Lake ran into an official before pushing off (or hitting) one of his players. The school is looking into it. … On the field, the Ducks just ran over the Washington defense, gaining more than 300 yards on the ground. And the Huskies’ offense wasn’t very good. … Speaking of being run over, California certainly was and by COVID-19 protocols, losing seven starters and 17 more players. Then Arizona took advantage, defeating the Bears 10-3 in Tucson. The win snapped the nation’s longest losing streak and gave Jedd Fisch his first win at UA. … Arizona State turned it around for a week, dominating USC with its ground attack and winning 31-16 Saturday night in Tempe. The Trojans used two quarterbacks, neither of which were explosive. But, you know, good film for the next coach. … A 60-yard field goal lifted Oregon State into overtime against Colorado in Boulder, but a missed short one cost the Beavers in a 37-34 double overtime loss. 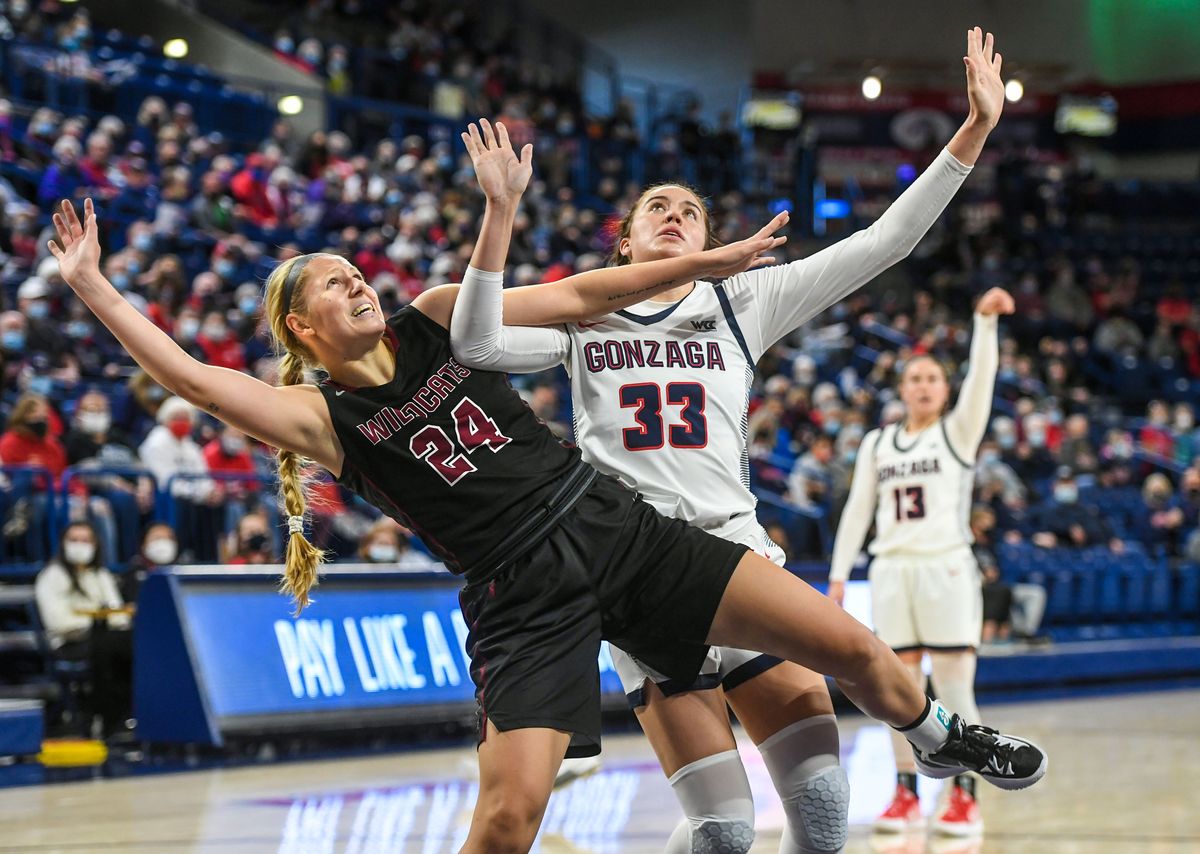 Gonzaga: While we were off, the S-R covered Gonzaga’s 116-62 exhibition victory over Lewis-Clark State with a plethora of stories, including Jim Meehan’s on Sam Stockton’s night in the Kennel. … Jim and Theo Lawson combined on this look back at the exhibition. … The women took the court Saturday for their exhibition and defeated Central Washington. Jim Allen was there and has this coverage, accompanied by a bunch of Dan Pelle photographs. … Friday morning we linked all of the stories we could find from the S-R’s college basketball preview section. We missed a couple, including Jim Meehan’s on the pairing of Drew Timme and Chet Holmgren. … Jim Allen also had this story on freshman Bree Salenbien, the highest-rated recruit in school history. 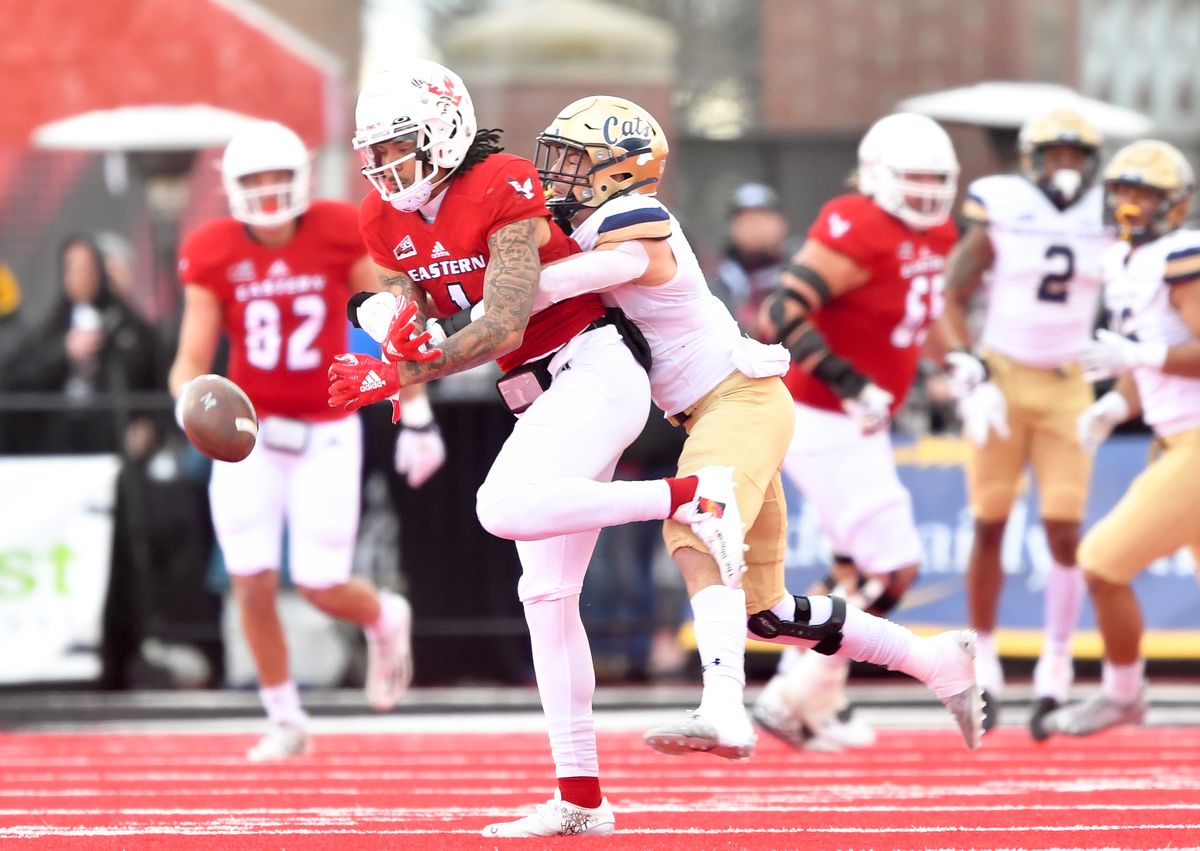 EWU: The Eagles had two chances in the past three weeks to stake a claim for a high FCS playoff seed. They spit the bit in both, first a home loss to Weber State – which lost to Portland State 30-18 Saturday – and, after a bye, another home loss, this to fourth-ranked Montana State, 23-20. Dan Thompson has the game story and another piece on the Bobcats’ big plays. … John Blanchette was also at Roos Field and has this column. … Tyler Tjomsland covers the game through his camera lens with this photo gallery. … Former Whitworth and Eastern Washington basketball coach Jim Hayford has been put on administrative leave at Seattle U. as the school reportedly investigates the use of a racial slur. … Around the Big Sky, the Bobcats feel they will earn a bye in the FCS playoffs and can win a national title. … UC Davis, ranked seventh, dominated the second half and defeated Northern Arizona 40-24 in Flagstaff. … Idaho State was blown out at No. 15 BYU, but felt decent about it. … Montana got Cam Humphrey and its mojo back, routing Northern Colorado in Greeley. The Bears had been playing well. 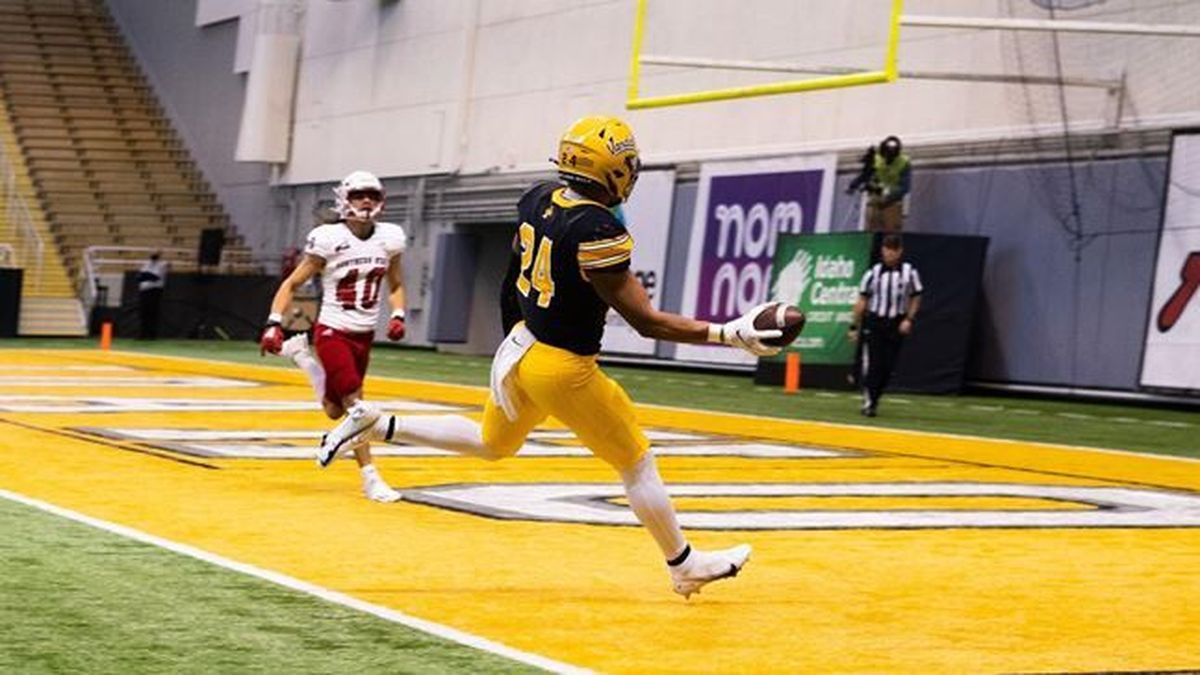 Idaho: The Vandals’ final home game of the season resulted in a school record and a 42-24 over Southern Utah. Peter Harriman was in the Kibbie Dome and has this story.

Whitworth: The Pirate volleyball team set a milestone Friday night when it defeated Lewis and Clark. As Taylor Newquist tells us, it is the first time any Whitworth volleyball team won all of its Northwest Conference games. … The Pirate football team fell 14-7 to Pacific at home. Jason Shoot has the game story. 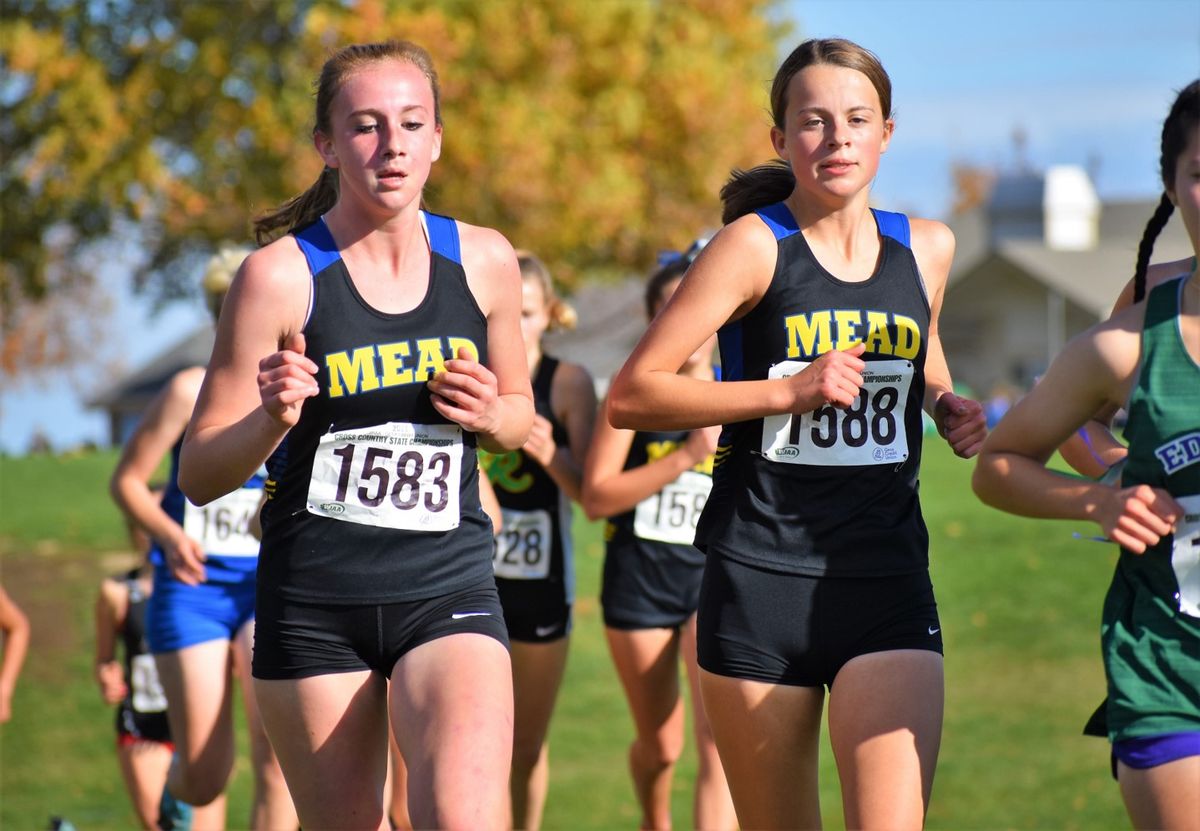 Preps: Before we move on to Saturday’s action, we wanted to link the final three installments on our in-depth look at GSL girls’ basketball over the years. Dave Trimmer has all the stories, including one on the Hull sisters looking for back-to-back NCAA championships at Stanford, a look at all the girls who went on to play Division I, and an interview with longtime AAU coach Ron Adams, who picks his best. … On Saturday, Mead won the State 3A girls cross country title. Keenan Gray has the coverage of the meets. … Dave Nichols covered Mt. Spokane’s 20-0 win over Gig Harbor and offers roundups from the rest of the day in football and district soccer.

Seahawks: Will the Hawks take a chance on Odell Beckham Jr.? Maybe. … Quandre Diggs has made some plays this season.

Sounders: This is the final day of the MLS season. Win and Seattle owns the West.

Kraken: Seattle led by two goals but the Coyotes rallied and won their first game of the season.

• No Seahawks today. Enjoy your free time. Or enjoy the Red Zone Channel all day. Until later …