A GRIP ON SPORTS • It wasn’t exactly Black Friday, but Sunday night was pivotal for a couple Pac-12 football coaching staffs. Two coordinators, one on each side of the ball, lost their jobs.

Husky fans have been calling for his head, seemingly, since Jimmy Lake announced his hiring more than a year ago. But the rumblings turned to revolution when UW lost its opener, at home, to Montana 13-7. And the torches haven’t been extinguished since. Saturday night’s 26-16 loss, at home, to Oregon was the final straw.

Once again the Husky offense was nearly non-existent. UW gained 166 total yards, much of them on one fourth-quarter scoring drive. It rushed for just 55 yards, which would seem to be unacceptable for a program that preaches dominating the line of scrimmage.

Of course, as always, there were extenuating circumstances. Lake himself is under fire for a first-half incident caught on tape of a  inappropriate-appearing interaction with one of his players on the sideline. The athletic department has launched an investigation.

But instead of that being today’s top story among the city’s media entities, Donovan’s firing is. Meanwhile, athletic director Jen Cohen gains some time to finish a review of Lake’s actions and formulate a response.

The other firing came some 250 miles down Interstate 5. 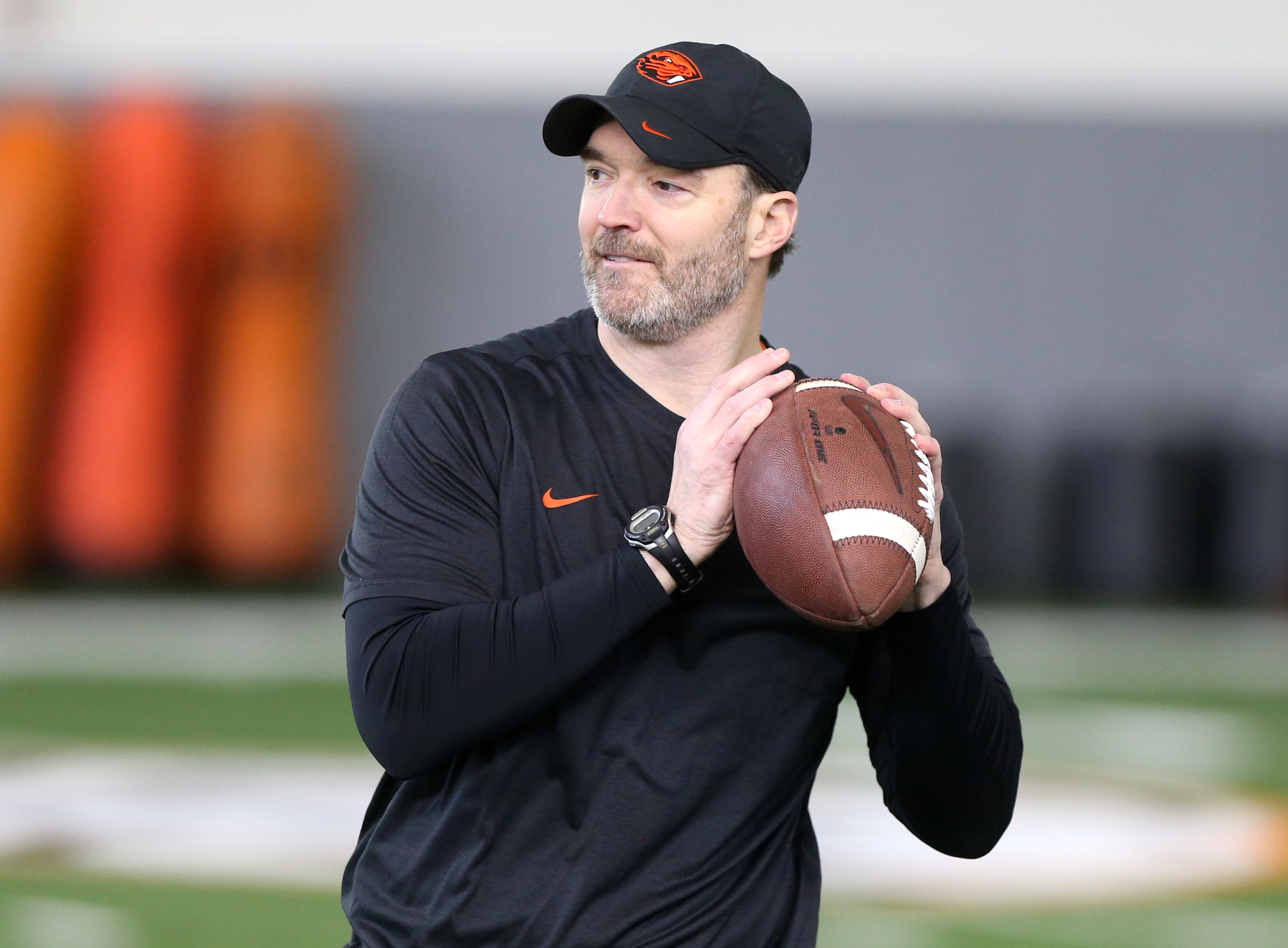 The Beavers have lost two consecutive games and three of four. They are 5-4 overall. They yielded 39 points in a loss at California and another 37 in a double-overtime loss at Colorado.

The point totals would have been bad enough but neither Cal nor Colorado have what you would call potent offenses. The Buffs have been particularly inept, but ran for 222 yards against the Beavers, averaging 5 yards a rush.

That, and the fact the OSU defense was yielding 5.77 yards a play, was enough to convince head coach Jonathan Smith a change had to be made. He promoted linebackers coach Trent Brey to interim DC. Bray will be in charge of preparation prior to this weekend’s game against Stanford, another team struggling to move the ball.

It’s not often two coordinators lose their jobs on the same day, especially not in the laid-back Pac-12. But that’s the new world order. Seventeen days ago, after the Beavers had defeated Utah 42-34 to move to 3-1 in conference play, there was unbridled joy in Corvallis. Today, an assistant coach’s family is packing up, preparing to move as dad looks for work.

It’s a tough profession at times.

• There is little doubt daylight saving time switch weeks throw off the internal clock (and external as well, as I never remember to change a couple). It also has an impact on the world of sports, U.S. division, as well.

On Thursday, as most high school football teams prepared for their final football game of the season, practice could run until well after 5:30 p.m. and still have enough light to see.

This week, as a handful of teams prepare for their postseason matchups, you better be done by 4:30. Or turn on the lights.

Daylight saving time is over for another year. And with it, most after-school sports, high school and younger. Especially younger. After all, most youth sports coaches have a job. So getting somewhere at, say, 3 p.m. to start practice in any outdoor sports, is a chore.

Luckily, football among the youngest set is either over or about to be. It’s time to move indoors for hoops, wrestling and even soccer.

Despite that, and despite the anxiety I feel every year when the time change comes, I’m not a fan of a permanent switch to daylight savings. It’s because I’ve lived through this debate before and understand the consequences.

Back in the early 1970s, when gas was in short supply and a lack of power was all the rage, daylight saving time was actually scheduled to run year-round to save energy. But an argument was made the cost was too much. And the plan was scrapped.

The sun would have risen, in most northern places like Spokane, after 8 a.m. from mid-November to early February. Elementary school children would be walking to their bus or school in the dark every day. It wouldn’t be safe. That same argument feels reasonable to me.

Now, if schools would be amenable to pushing start times back an hour in the winter months, that worry could be alleviated. Would that ever happen? Only, it would seem, if the government mandated it. And we all know how well mandates have been working lately.

Gonzaga: Gonzaga has 14 nonconference games on its schedule, starting tomorrow night with Dixie State in Spokane. Theo Lawson looked at each opponent’s roster and came up with which player will supply the top challenge. … Elsewhere in the WCC, the USF women have been recruiting around the world. 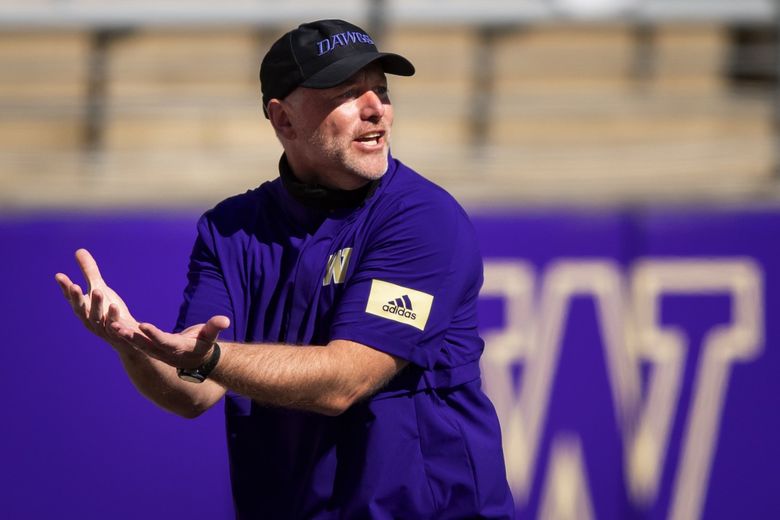 WSU: Around the Pac-12 and college football, the first shoe fell in Seattle last night as the Huskies fired Donovan. The question has to be, will Jimmy Lake still be around to hire Donovan’s permanent successor? … Jon Wilner rewinds the weekend in the Mercury News. … Oregon moved up in the polls with its win over Washington, Michigan State’s loss and Ohio State’s poor showing against Nebraska. … The Ducks’ defensive numbers are improving. … Oregon State’s defensive numbers have been going they other way and yesterday that trend cost Tibesar his defensive coordinator job. Trent Bray replaced him. … Colorado was the last straw but the Buffaloes have been playing better offensively since a coaching change there as well. … Let’s see how well they move the ball against UCLA. … Hey, the fox running on the field had more giddy-up than the USC running game at Arizona State. Just what are the Trojans trying to accomplish by playing two quarterbacks? Maybe the idea is to give the next coach game film to make a decision. … Utah is playing well. In two weeks it plays Oregon. But this Saturday it’s Arizona. … The Wildcats snapped their long losing streak. What does it mean? Here are some takeaways. … In basketball news, there is reason for hope for the Utah men. … Arizona is hosting Northern Arizona this week. … UCLA is ready to start its season. … The Stanford women have almost all of their scoring back. … There has been a change in the women’s rivalry between Arizona State and Arizona. 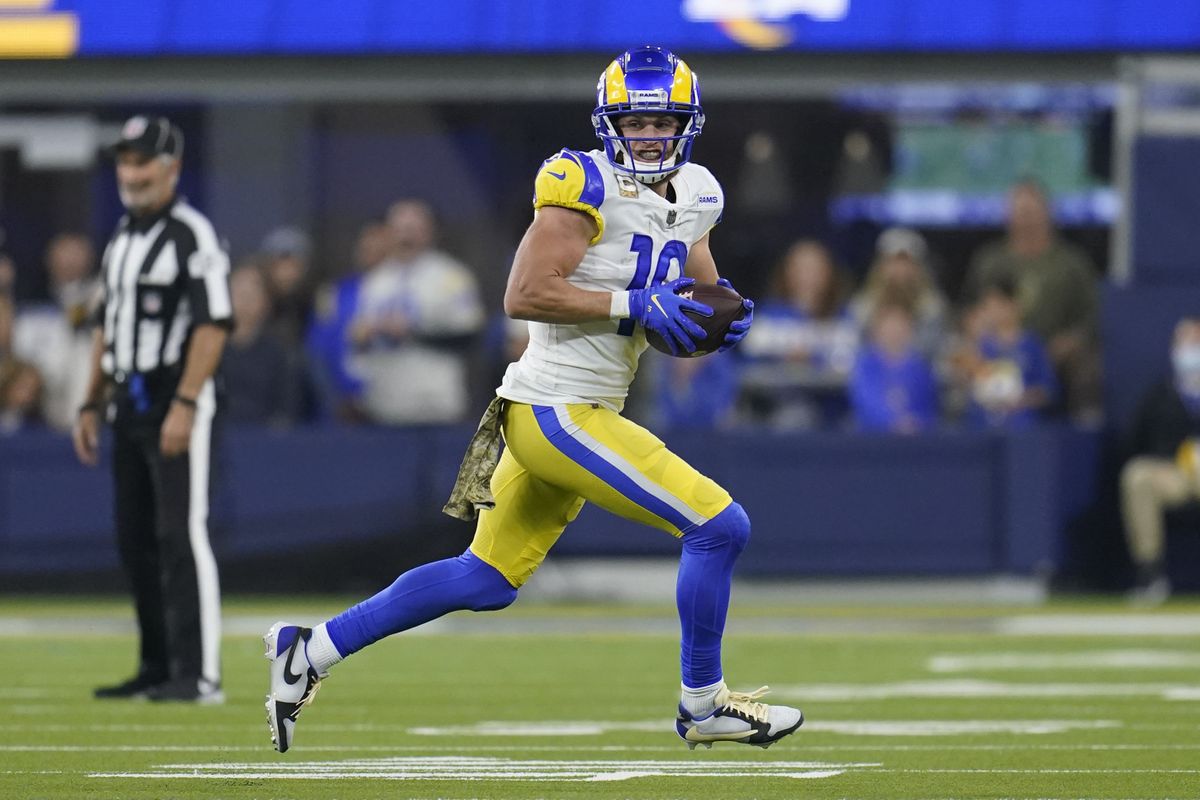 EWU: Once again Cooper Kupp had a starring role, albeit in a Rams’ defeat. Jason Shoot takes a look at the local NFL players’ day. … Beau Baldwin is no longer the offensive coordinator at California, having moved on to Cal Poly as head coach. But two of his disciples are still calling plays in the Pac-12, with Zak Hill the coordinator at Arizona State and Junior Adams promoted yesterday to that interim role with Washington. … Around the Big Sky, Montana still isn’t 100 percent healthy.

Whitworth: The Pirates raised their record to 2-0 with a 74-68 win over Redlands on Saturday night. 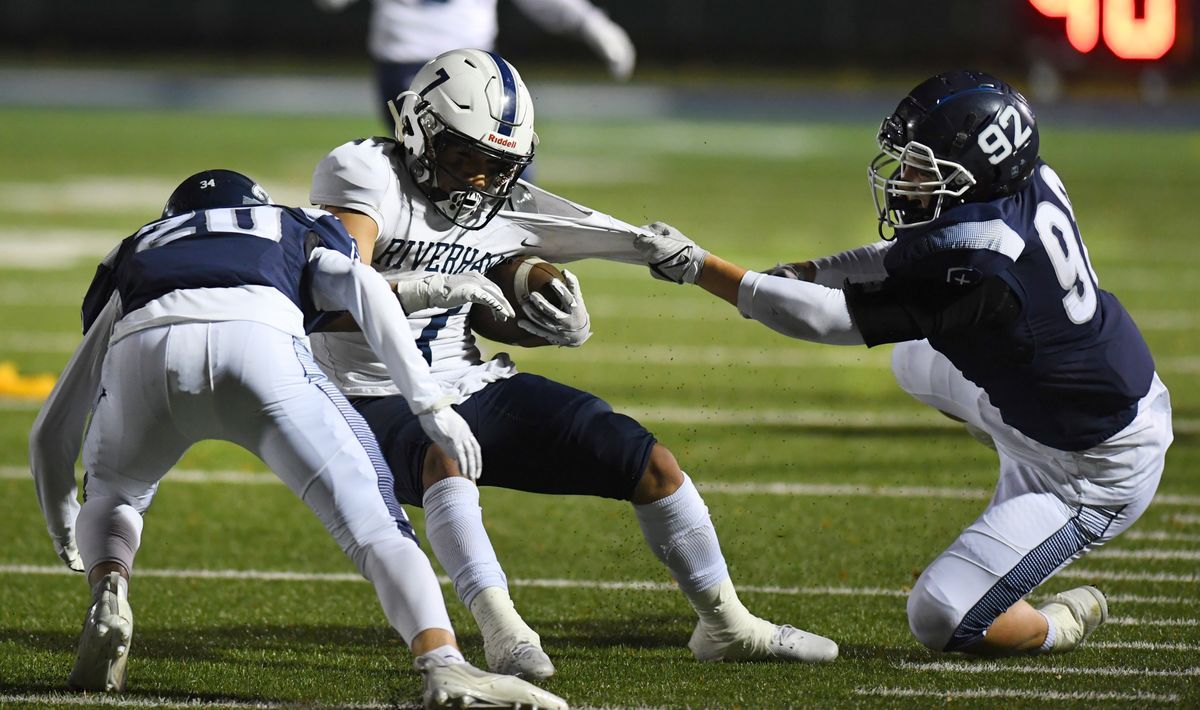 Preps: Dave Nichols examined the upcoming football playoffs in his latest edition of Friday Night (High)Lights. Most of the area teams received a lower seed than their RPI.

Sounders: The 1-1 draw with Vancouver earned Seattle a lot, including the Cascadia Cup title. But it didn’t earn the Sounders their ultimate goal of the Western Conference’s top seed.

Mariners: If you are wondering the M’s thought-process this offseason, Ryan Divish does a good job explaining it.

NASCAR: Kyle Larson came all the way back yesterday. Back from the wilderness into the NASCAR Cup winner’s circle.

• One thing I do like about this week is I get tired earlier and can hit the sack at a decent time. Which means when I have to get up to let the puppy out – along with three other dogs as we dog-sit my son’s canine family – I actually feel rested. Even if my usual get-out-of-bedtime is still in the distant future. Until later …