A GRIP ON SPORTS • What’s it like out there? At live sporting events, we mean. It’s been so long since we’ve been a spectator at one, we’re afraid we’ve lost the playbook.

• Yes, fans have been back at games for a while. We get that. But not us. Heck, it’s been – takes off slippers to make sure my math is right – at least 20 months since we’ve been in an arena or a stadium as a fan. 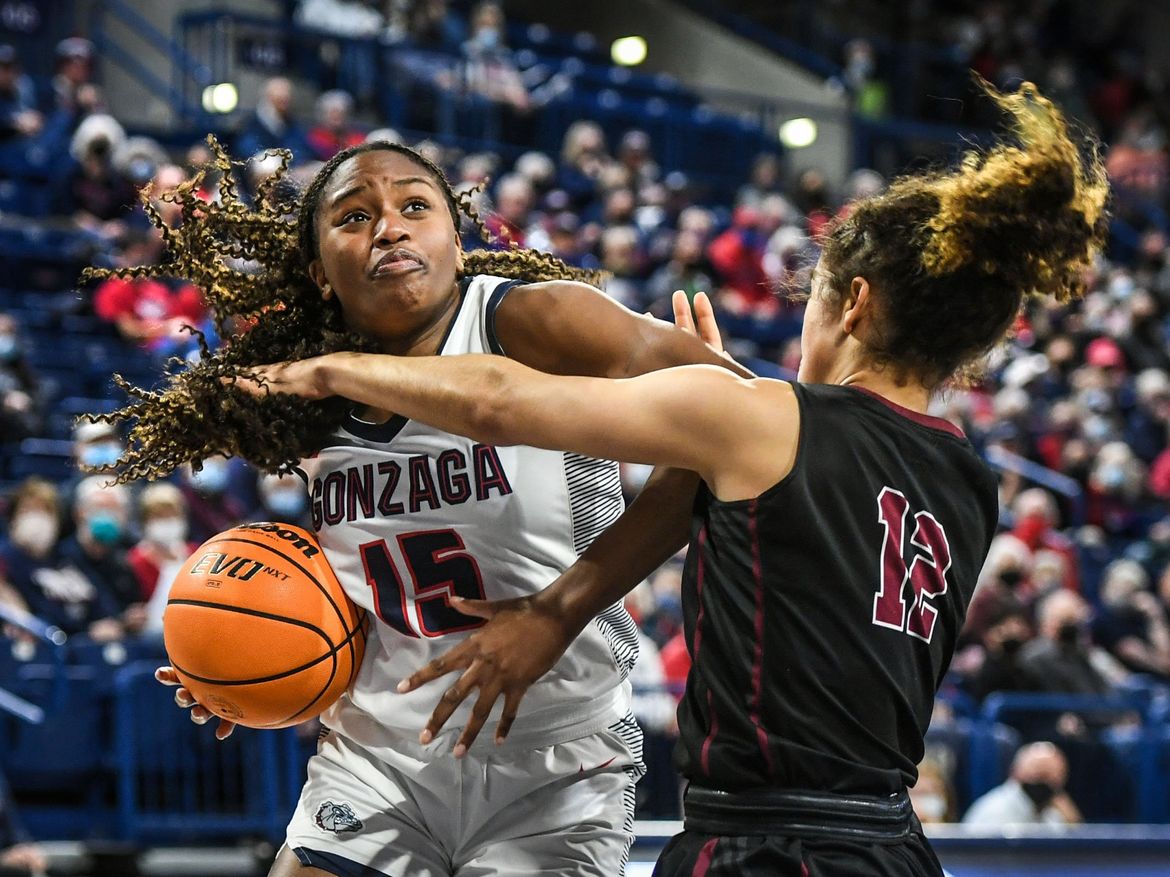 Now don’t get me wrong. We’ve attended games. As a coach. But walking a concourse, sitting next to others, that type of stuff? Nope. Not since February, 2020. And it’s not because we didn’t want to.

For about a year, COVID-19 kept us out of the stands. Not just here but a lot of places. That was a given. Lately, though, other responsibilities have played more of a role. The coaching, as we mentioned. Getting paid to pound on a keyboard as we watched from home for another.

All if that, and more, combined to take us out of some of our favorite roles. Interested observer. Arena-food purveyor. People watcher. Aisle walker.

Tonight we are going to try again. Kim and I are headed to the Gonzaga women’s game. (For new readers of this space, I am Kim Grippi’s husband. Yep, that Kim Grippi. And she has been a proud owner of Gonzaga women’s season tickets since they were $5 a game in the old Kennel. I serve as arm candy at games whenever possible.)

She’ll be cheering for her girls. I will be observing. Years of working in sports journalism has squeezed the fandom out of me, though if I ever had a chance to sit in the stands at a UC Irvine baseball game, darn right I would be cheering. Once an Anteater, always an Anteater.

Anyhow, we are hoping attending games in person is a lot like riding a bike. Without the lung-burning hills, the falling off and the usual knee scrapes. We’ll find out tonight.

Just kidding. But if you have a chance to read these college basketball power rankings from The Athletic, it seems to be the case, at least for poll No. 1 Gonzaga. The season started for real Tuesday night. The re-ranking of teams probably began before the clock struck midnight.

Who you played meant as much, if not more, than how you played. And that’s fair. Preseason rankings are about potential. And potential is the cheapest commodity in sports. When the whistle blows, how do you perform?

Gonzaga did pretty well against Dixie State, but playing Dixie State isn’t going to earn any brownie points. At least not in the neighborhood of Kentucky and Michigan State. Which is probably why Duke (a winner over the Wildcats) and Kansas (ditto against the Spartans) jumped above the top-ranked Zags in this single power ranking.

Maybe even in yours as well. But no worries. The Bulldogs will have a chance to make a statement (and leap up to the top spot) when they host fifth-ranked Texas on Saturday night. The Longhorns, all shiny and new under former Texas Tech coach Chris Beard, hold down the seventh spot in this power list.

Above UT, besides the Zags, are Duke, Alabama and UCLA. Which means GU will face four of the nation’s top seven teams – as defined here – before 2021 leaves us.

It will be a challenge. And will tell us a lot about Mark Few’s team. 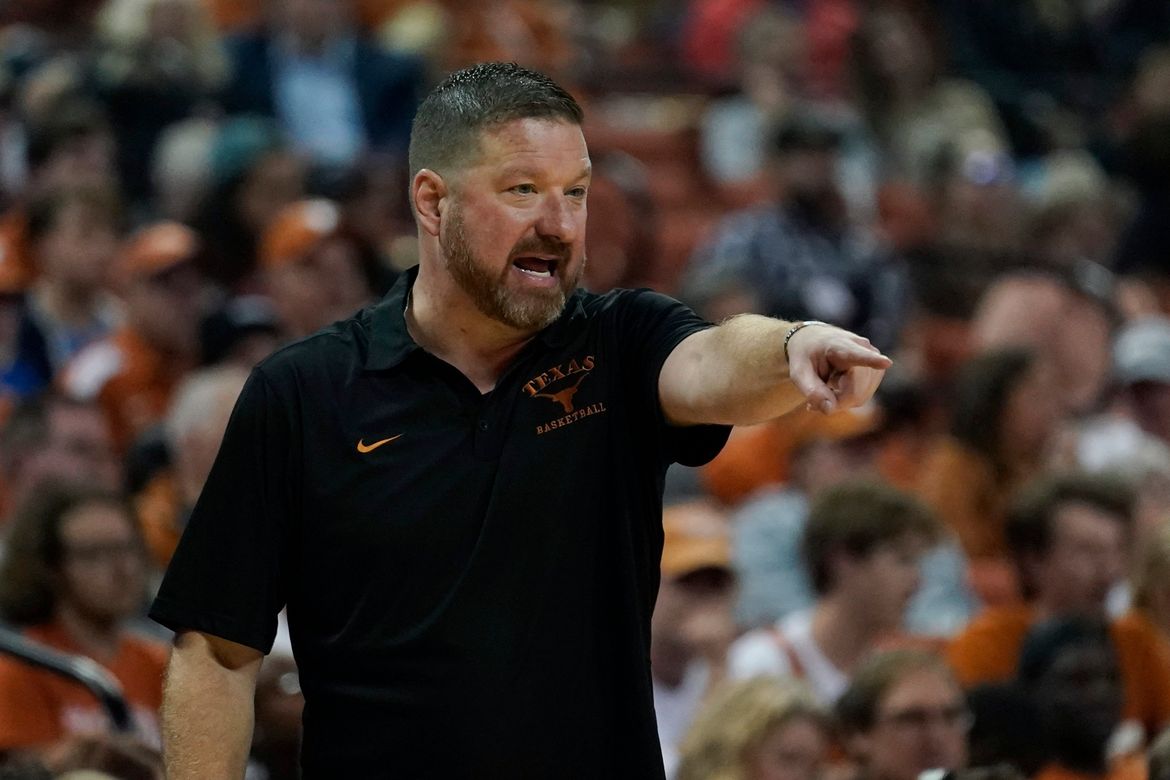 Gonzaga: Want to know a lot about Beard’s team? Read this Q&A Jim Meehan had with Texas beat writer Brian Davis. … Recruiting never ends. The fall signing period began yesterday and the Zags added a highly rated forward, Braden Huff. Theo Lawson has that news. … The women are excited to be playing at home in front of their usually raucous fans. Jim Allen has a preview of tonight’s game against Montana State. … Around the WCC and college basketball, BYU signed one of the better players in the nation. But the Cougars are going to be without one of their bigs for a while as he deals with a heart issue. 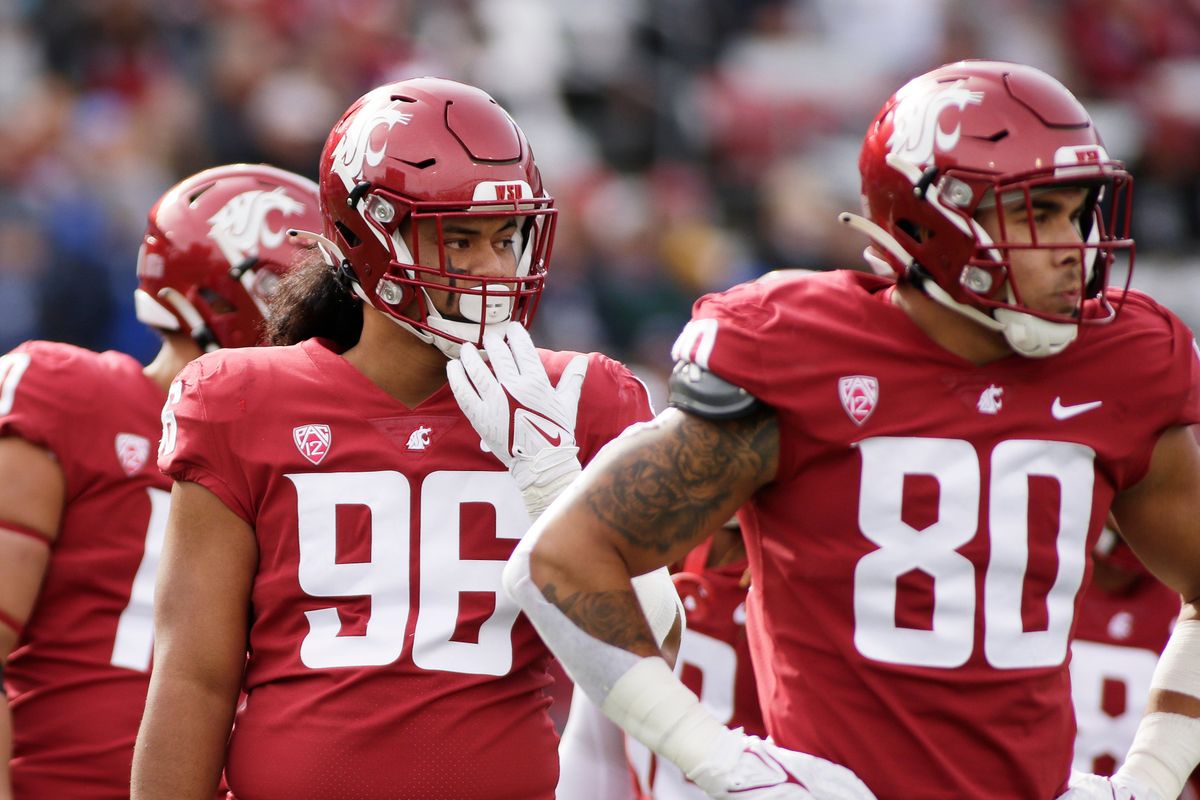 WSU: We believe Washington State will not only cover Saturday night, but actually upset 8-1 Oregon. For that to happen, the groups covered here by Colton Clark will have to have a great game. Yep, like always, success starts with the guys up front. … Dennis Dodd has this Yahoo! interview with Jake Dickert. … Elsewhere in the Pac-12 and college football, Jon Wilner doesn’t believe the Cougars will be close Saturday. He has his game picks in the Mercury News as well as a look at California’s COVID-19 issues and why the game with USC wasn’t a forfeit. … Travis Dye has become the go-to offensive weapon for Oregon and was against Washington. … What will the Washington offense look like with former Eastern assistant coach Junior Adams in charge? … The new defensive coordinator at Oregon State wants to make a few changes. The offense needs work as well. … Justin Wilcox is defending his program’s handling of the COVID-19 protocols despite Cal’s forced postponement. … With the postponement, USC is getting an extra week to work on its running game. … Utah’s offense doesn’t need a lot of work right now. It’s purring. … Colorado hopes to get Nate Landman back soon. But maybe not against UCLA. … An Arizona State receiver has emerged as the season has progressed. … In basketball news, Wilner has his weekly power rankings. … Was Washington’s loss a sign of things to come? … How about Arizona’s win? Tommy Lloyd seems to think so. … Arizona State returns to the court against UC Riverside. … UCLA big Cody Riley will miss this week’s showdown with Villanova and a few more games. … Colorado won its opener but there are things to work on. 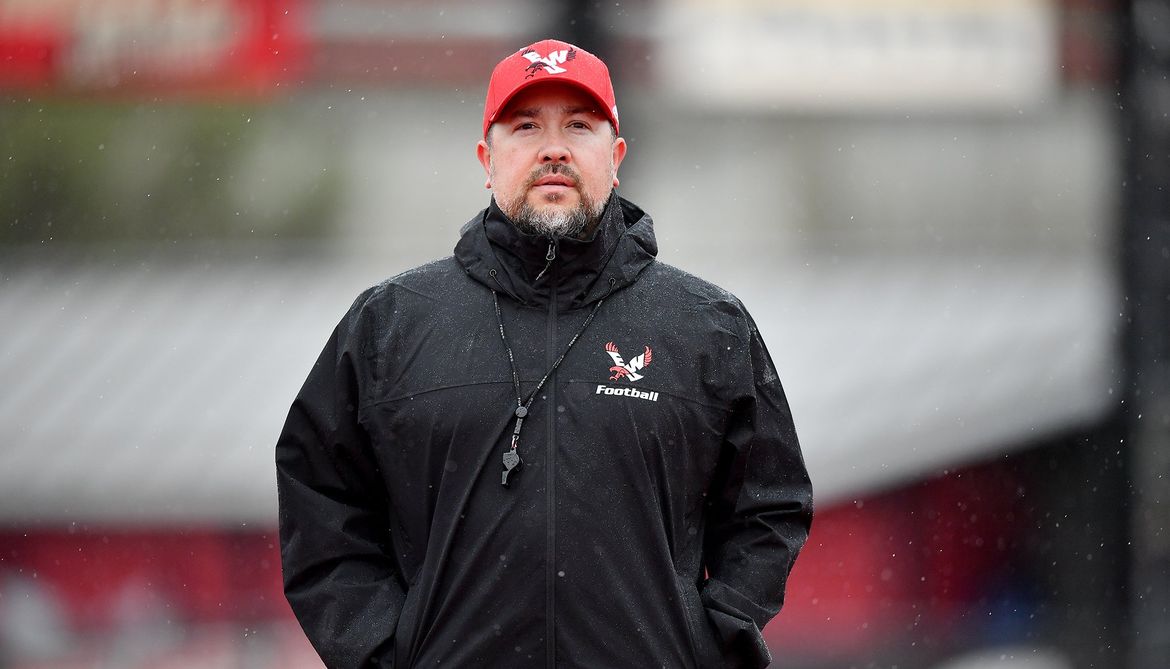 EWU: There seems to be some turmoil within the Eastern football program. After two consecutive losses, offensive coordinator Ian Shoemaker left. Whether it was his own decision or because he was forced out, no one is saying. It seems weird because just three games ago, head coach Aaron Best praised Shoemaker’s game plan in a 71-21 rout of Idaho. Dan Thompson has this story on the news. … Dan also previews Saturday’s game at No. 6 UC Davis. … We also have a look at that game from Davis. … You will be required to show proof of vaccination or a recent negative test to attend Eastern basketball games. … Around the Big Sky, Weber State basketball expects to have to sacrifice some individual glory this season. … The secondary at Montana received a boost this season. 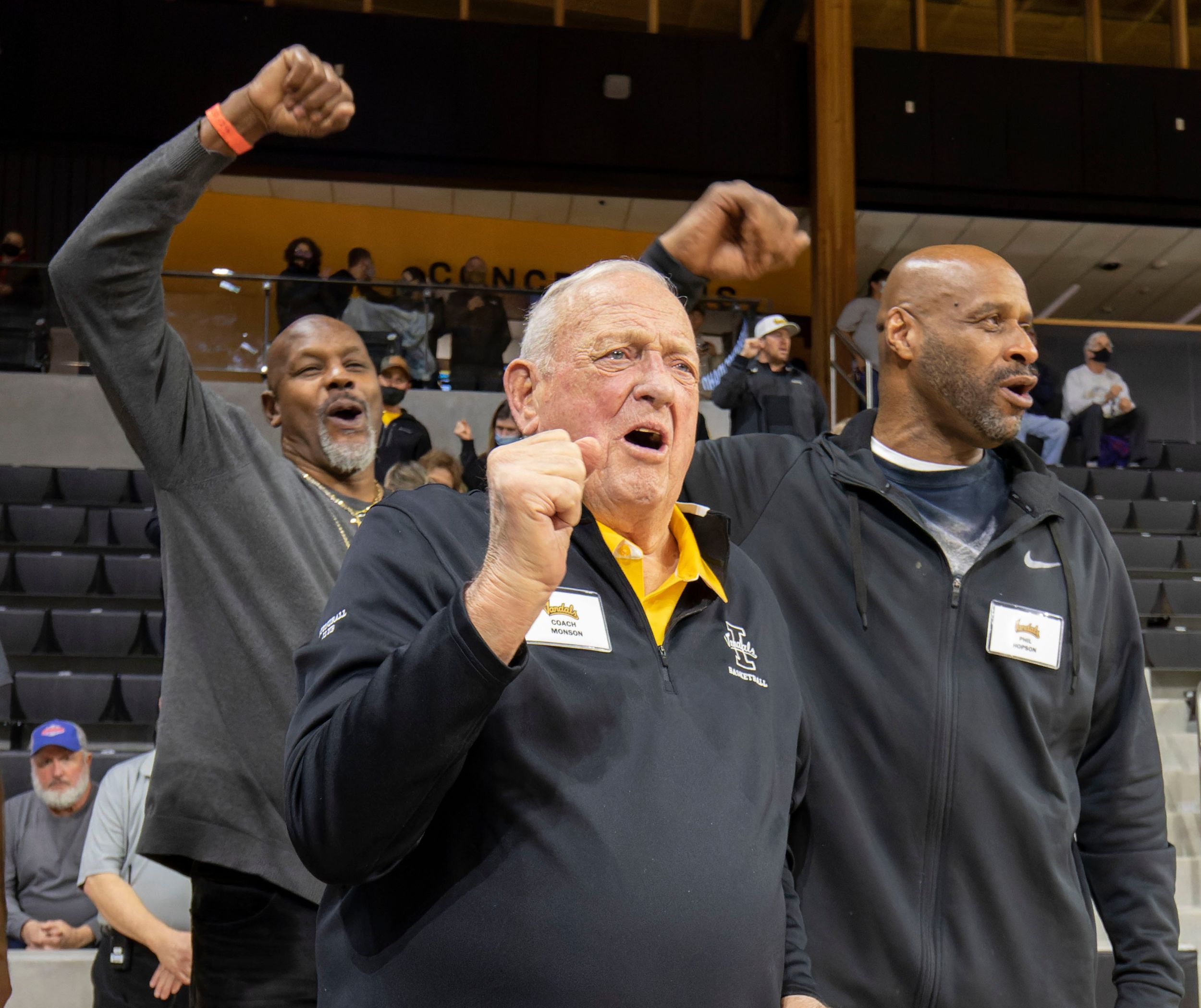 Idaho: The Vandals christened their new arena not only by hosting Long Beach State but by raising a couple banners to the rafters. Alas, Long Beach State, coached by Dan Monson, whose dad Don and his best team were feted by the banners, spoiled the party with a 95-89 win. Peter Harriman has the game story and Geoff Crimmins adds this photo gallery.

Preps: Dave Nichols previews this weekend’s volleyball state tournaments as well as passing along a roundup of yesterday’s soccer playoff action. … Dave also covers the local athletes who signed letters of intent yesterday. … Finally, Dave has a preview of the football action as the playoffs really heat up. 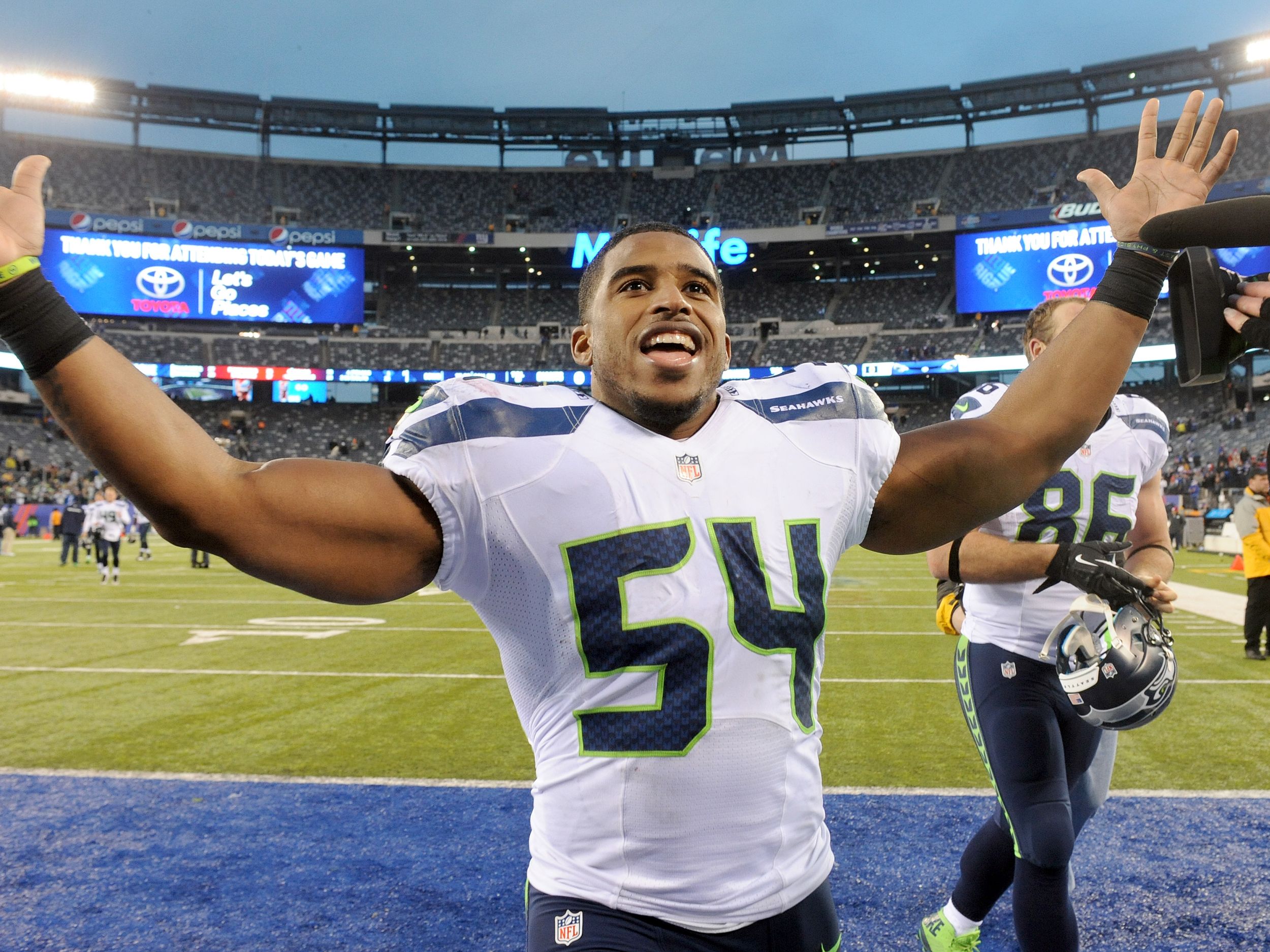 Seahawks: Bobby Wagner is a stud. That is all. … Russell Wilson is reportedly out trying to woo Odell Beckham Jr. to Seattle. … Chris Carson is available for practice.

Mariners: So it seems Yusei Kikuchi was fatigued in the second half of the season. It certainly wasn’t from over work. Scott Boras is full of, well, you know. … If the M’s make a trade, will the A’s be involved?

Kraken: Seattle is set to play Anaheim, a team with a similar past and in the midst of some turmoil.

Sounders: Practice is more intense as the playoffs loom.

• There is one thing that worries me about tonight. I’ve been in a lot of gyms in the past 20 months and have always worn a mask. Even while coaching. That won’t change tonight. They work to help contain the virus’ spread. I certainly hope people near Kim and I are doing the same. … This is Veteran’s Day. My dad was a veteran. Five years in the Navy during the big one. Served in the South Pacific. Was on every type of ship imaginable. Did what he had to do make sure my life would be better than his. It’s a debt I can never repay. But can honor every day. Including today. Until later …