A GRIP ON SPORTS • Things we learned Saturday: Top-ranked Gonzaga can run with the nation’s best; Washington State’s football team is still learning how to do that; and late-night games test our ability to stay focused. Things we can learn today: Whether the Seattle Seahawks have any chance at all at the postseason.

• It’s pretty obvious the Bulldogs are good enough to play with anyone. And will be as long as Drew Timme dominates the paint as he did Saturday night against fifth-ranked Texas.

The Texas native scored 37 points on 15-of-19 shooting as the Zags never let the Longhorns into the most highly anticipated game in the Kennel since the coronavirus shut everything down. He’s the real deal and is even a realer deal this time of the season, when teams are still trying to develop a defensive identity. 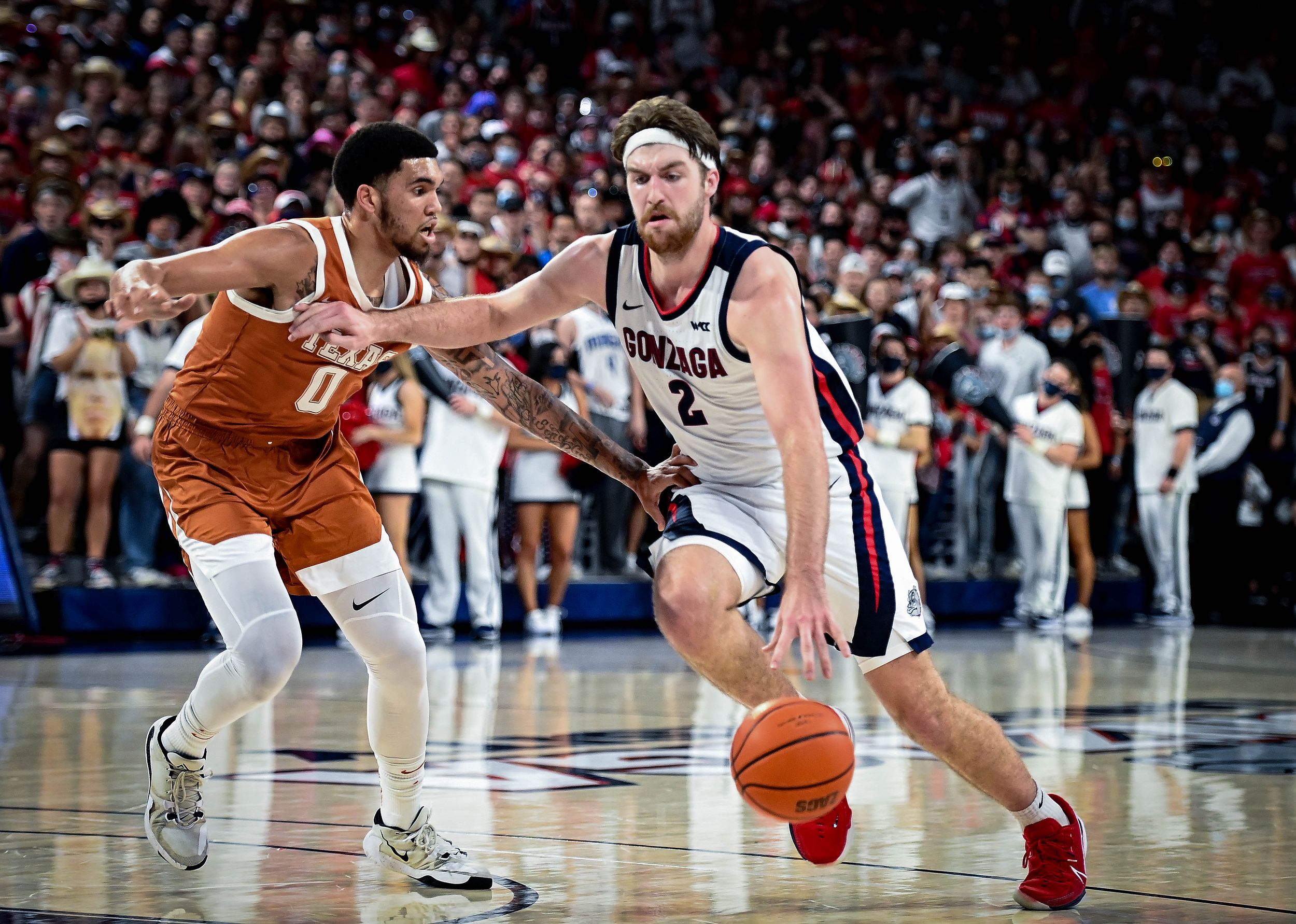 Texas will have one someday – Chris Beard will make sure of that – but it didn’t Saturday night. And the Longhorns were also bereft of size inside to deal with Timme, Chet Holmgren and Anton Watson. It’s little wonder Beard made multiple phone calls over the summer to Tanner Groves’ AAU coach trying to entice the former EWU big to Austin. If his pitch had worked, UT would have made a better showing.

But defeat Gonzaga? Not likely. At least not likely when you allow Timme to operate in space like that. How long such opportunities will arise for the junior is debatable. Someone will start throwing doubles at him, probably from out front so as not to allow Holmgren space to roam. And then the Zags will have to prove their guards can knock down shots.

For one night, however, as the Kennel rocked and the Zags rolled, such things were not a worry. And the Zags had won their one-billionth consecutive regular season game.

• Autzen Stadium was rocking last night as well. Until late in the first half. Then it grew strangely quiet.

Maybe not strangely. After all, Washington State had scored two touchdowns and went into the locker room tied with the fifth-ranked team in the nation – and the third according to the college football playoff committee.

The Cougars should have actually been leading, if not for Jayden de Laura’s ill-advised decision early on to stretch the ball toward the endzone, only to fumble it and kill WSU’s chance to take a lead.

One can wonder how a score there would have changed the tone of the game. Then all anyone would have to do is watch the Ducks power the ball down the field in the second half to know the line of scrimmage, at least when Oregon had the ball, was no contest.

Scheme can only hold off strength and resolve so long. Interim head coach Jake Dickert’s scheme was fine; the Cougars’ size isn’t. Not against the big boys of the world.

• By the way, Abe Lucas made himself a lot of money last night. He was the best lineman on the field and we are including Kayvon Thibodeaux, who may be the first pick of the NFL draft. While Thibodeaux was disruptive, he wasn’t much of a factor when attacking Lucas’ side. His speed wasn’t enough to get around Lucas’ edge and the one time we saw him try to bull-rush, Lucas just flattened him.

Sort of like what the Ducks did to my pronouncements earlier this week of a Washington State upset. 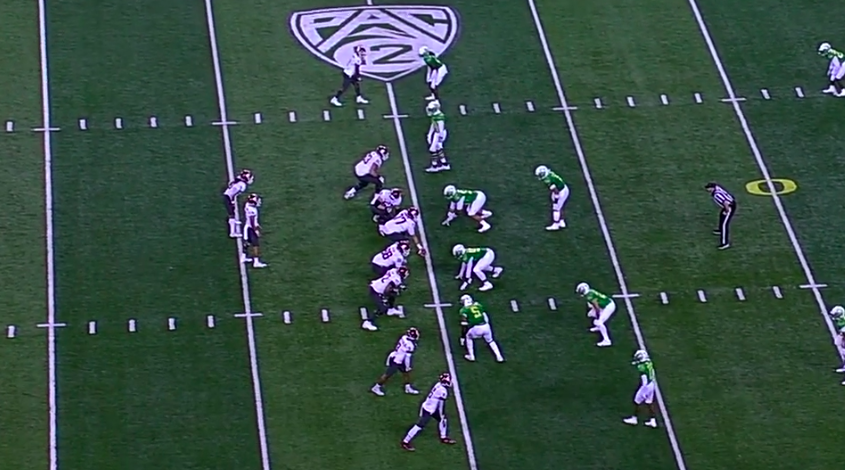 • Late Saturday night sports are hard. Especially when you think your eyes are going. After watching the Zags play in hi-def on ESPN2, we switched over to the Cougar game on ESPN. First thought: Our glasses must be dirty. Second thought: Isn’t this hi-def too? Yes and no. Like anything, there are levels to hi-definition broadcasting. The Zags were shown in the top level. The Cougars? Probably the lowest. It costs less. It’s just the Pac-12 after all.

It didn’t go unnoticed. Jon Wilner showed the difference on Twitter (above). Others chimed in. But it is an ongoing issue that won’t change soon. So clean your glasses, grab a beverage or two that will sharpen your focus (for a little while) and accept the inevitable. West Coast football is an afterthought to the major sports media entities.

Only one will get their wish. We’re guessing it’s the team with cheese curds available at the stadium’s concession stands.

If Seattle does lose, at 3-6 it would probably have to win out to ensure a postseason berth. With two games with the one-loss Cardinals and a game at the Rams still remaining, that would be tough. Darn-near impossible.

But a win today changes the narrative completely. And simplifies what is a seemingly impossible to figure math problem. 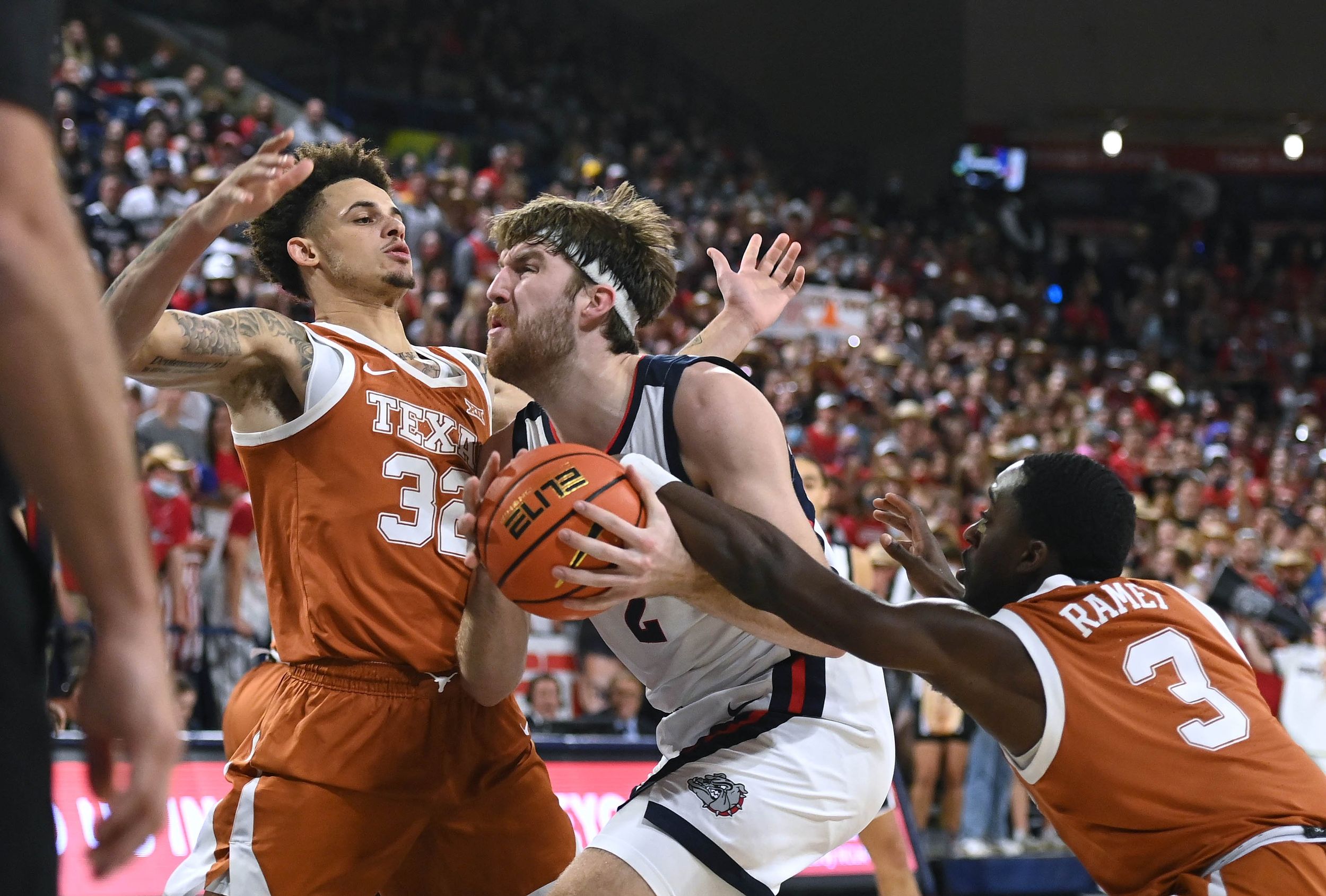 Gonzaga: Timme’s performance was the centerpiece of the victory and the centerpiece of Jim Meehan’s game story. As it should have been. … It also was the center of attention in Colin Mulvany’s photo gallery and in Fran Fraschilla’s ESPN2 commentary (as we passed along in our TV Take). … Theo Lawson covered just about everything else, from the pregame ceremony honoring former athletic director Mike Roth, Rasir Bolton’s half-ending half-court shot, the overwhelming number of NBA scouts in attendance and the difference makers. … The guys in the office took care of the recap with highlights. … The GU men’s cross country team received an at-large bid to the national championship. … Around the WCC, USF is 3-0 after defeating Davidson. … Mark Pope spoke about signing Collin Chandler.

WSU: Print deadlines what they are – 10:30 p.m. is the final one these days – it was hard to give longtime subscribers the in-depth coverage they are used to with the Cougars’ late start. But that didn’t deter Colton Clark, who did all he could from Eugene, including the game story on the web. Before the game, he also had a story on injuries and one on a Jahad Woods’ record-setting start. … The guys in the office put together a recap with highlights. … The Cougar soccer team opened NCAA tournament play with a 3-0 home win over Montana. Bill Brock has this story. … Elsewhere in the Pac-12 and college football, Jon Wilner looks at the day’s events, including new allegations against Jimmy Lake. … Washington, without Lake, looked like a different team early in its home game against Arizona State. By the end, however, it was the same-old Huskies as the Sun Devils ran them down to win 35-30. (The game ended in typical Pac-12 fashion: on an officiating error. There were 3 seconds left when the Huskies tried an on-side kick. The ball was touched, fought over and not secured by UW until 5.3 seconds had passed – according to my timing. Miraculously, there was still a second left on a clock that started late and was stopped too early. The play was reviewed but it must not have been for the timing issue. If UW had hit a miracle pass to win, there would be hell to pay today in Sun Devil country.) … Oregon State dominated Stanford and assured itself of a bowl berth for the first time under Jonathan Smith. The Cardinal are reeling. … Utah didn’t play up to its usual standards but the Utes were able to get past Arizona in Tucson. The Wildcats’ effort showed they won’t be a pushover for Washington State next week. … UCLA is bowl eligible for the first time under Chip Kelly after rolling over Colorado in the second half. The Buffs had no answers after halftime. … USC may have found the perfect coach. Or not. … California didn’t play due to COVID-19 issues that Chase Garber’s parents addressed yesterday. … In basketball news, Andy Enfield picked up a milestone win as visiting USC defeated Temple. … California lost its second consecutive game to open the season. … Utah hammered Sacramento State. … Arizona just looks different. … Colorado rallied past New Mexico. 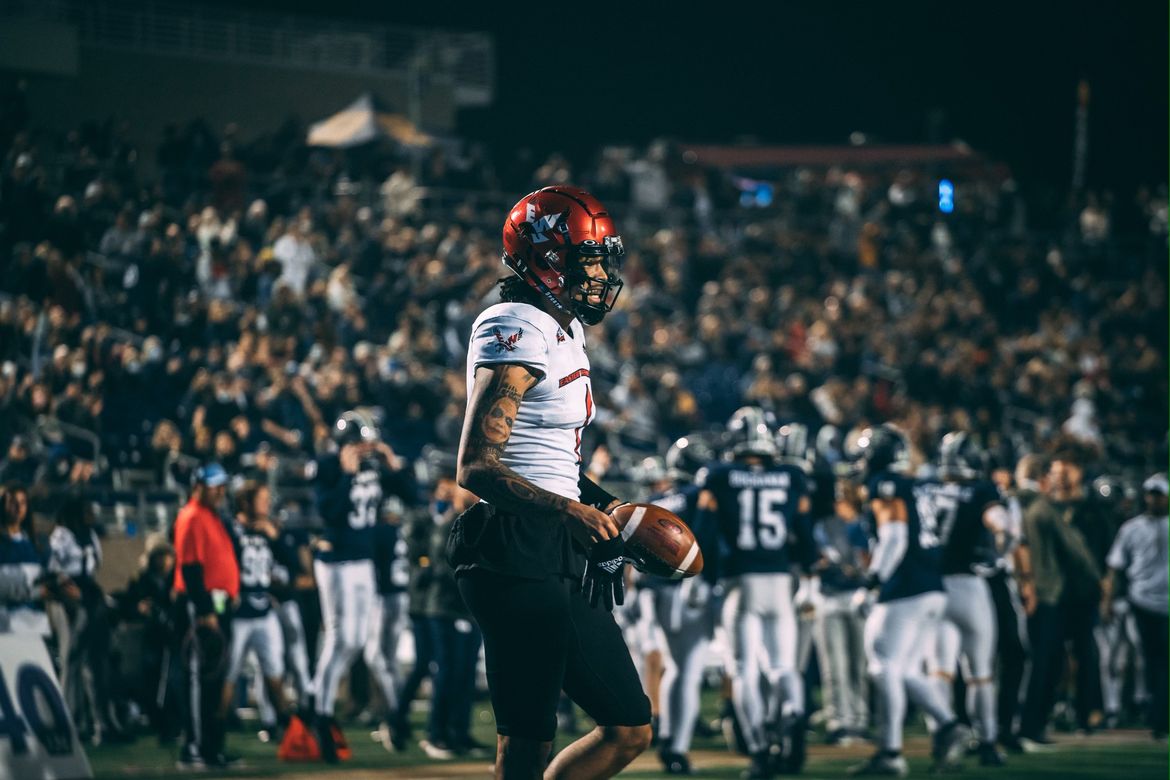 EWU: This was a game Eastern needed to win. And the Eagles did, with the defense making multiple stands and the offense, under a new coordinator, operating efficiently. Dave Cook has the story of the win at UC Davis. … Maxine Davis, a member of Eastern’s Hall of Fame, died in late October. She was 81. Greg Mason has her obituary. … Around the Big Sky, Southern Utah’s last game in the conference was a 62-0 shellacking by Weber State. … Cal Poly scored an improbable 32-29 win over visiting Idaho State. … Montana rolled in the second half and ruined Northern Arizona’s Senior Night. And, no, GameDay isn’t coming to Missoula next week. … Sacramento State stay undefeated in conference with a win over Portland State. … In basketball, Montana lost at Mississippi State.

Idaho: Once again the Vandals played well against a highly ranked foe. Once again they came up short, this time 20-13 at third-ranked Montana State.

Preps: Dave Nichols has his Friday Night (High)Lights, even if some of the playoff games he covers were played Saturday. … Dave also has this roundup of other playoff action.

Seahawks: There is a lot to watch today, that’s for sure.

Kraken: Seattle lost another home game, this one 4-2 to Minnesota.