A GRIP ON SPORTS • Six wins might not seem all that significant to some college football programs. But after all the Washington State team went through in the past few months, it certainly is a big deal in Pullman. It means more than just a non-losing record. It also means a trip to a bowl game.

• Nick Rolovich made two major bad decisions this fall. We all know what the first one was. He never rectified it and ended up losing his job over it. The second one? Not starting Jayden de Laura in the season opener. No one can be sure the Cougars would have defeated Utah State in that game if de Laura had been at quarterback from the get-go, but it’s not hard to envision. And then last night’s 44-18 domination of Arizona would have not ensured a bowl berth but a winning season.

That was a decision, however, Rolovich rectified before he left town as de Laura has been the starter from the second week on. And the best quarterback on the field in many of the Cougars’ games, including last night.

It may have been hard to see as the Palouse fog rolled in, obscuring not only what folks at home could view but those in the stands as well. And certainly those on the field – even if de Laura threw a couple second-half passes that belied that.

Either way, the Cougars will take it.

As they will accept that Max Borghi is the best WSU running back to grace Martin Stadium since Jerome Harrison. The senior, also playing his final home game, rushed for a career-high 139 yards on just 16 carries. He scored two more touchdowns and trails only one person – Steve Broussard – on that Washington State list.

Only one more regular season game remains. The Apple Cup next Friday in Seattle. But that won’t end the season. Not after the Cougars earned their sixth win last night.

Nope. The season will end someplace warm. As it should be. And as this team has earned. • Want to compare scores? It’s not a real intelligent exercise but we like to play anyway. And we will with two basketball results Bellarmine University had this week.

The Knights played Wednesday night at Saint Mary’s, often the most-feared West Coast Conference foe on Gonzaga’s schedule (though BYU has that honor this season). Bellarmine lost 73-64, though they led by one with 5 minutes, 24 seconds left. Last night the Knights entered the Kennel. They lost 92-50 after trailing 48-28 at the half.

But winning the WCC isn’t the only goal top-ranked Gonzaga has. A national title is on the radar. Luckily, we can play the comparative score game there as well, seeing that Bellarmine opened the regular season at seventh-ranked Purdue. The Knights lost that one 96-67.

There is one more chance to play, but no one will care. The 0-4 Knights face second-ranked UCLA on Monday in Las Vegas. One night later, the Bruins and Zags will match up in the same city.

And that’s a game without compare this nonconference season. Gonzaga: Not only did the Zags roll, Drew Timme reached a milestone. Jim Meehan’s game story includes the nugget the junior center passed 1,000 career points. … Theo Lawson highlights Chet Holmgren’s best game at GU. … Colin Mulvany has a photo gallery from the rout. … The folks in the office took care of the recap with highlights and the difference makers. … Jim Allen spoke with Larry Weir yesterday for the latest Press Box podcast, focusing on the season’s start for the Zag women. … Around the WCC, Santa Clara picked up another win, this one over Cal Poly. 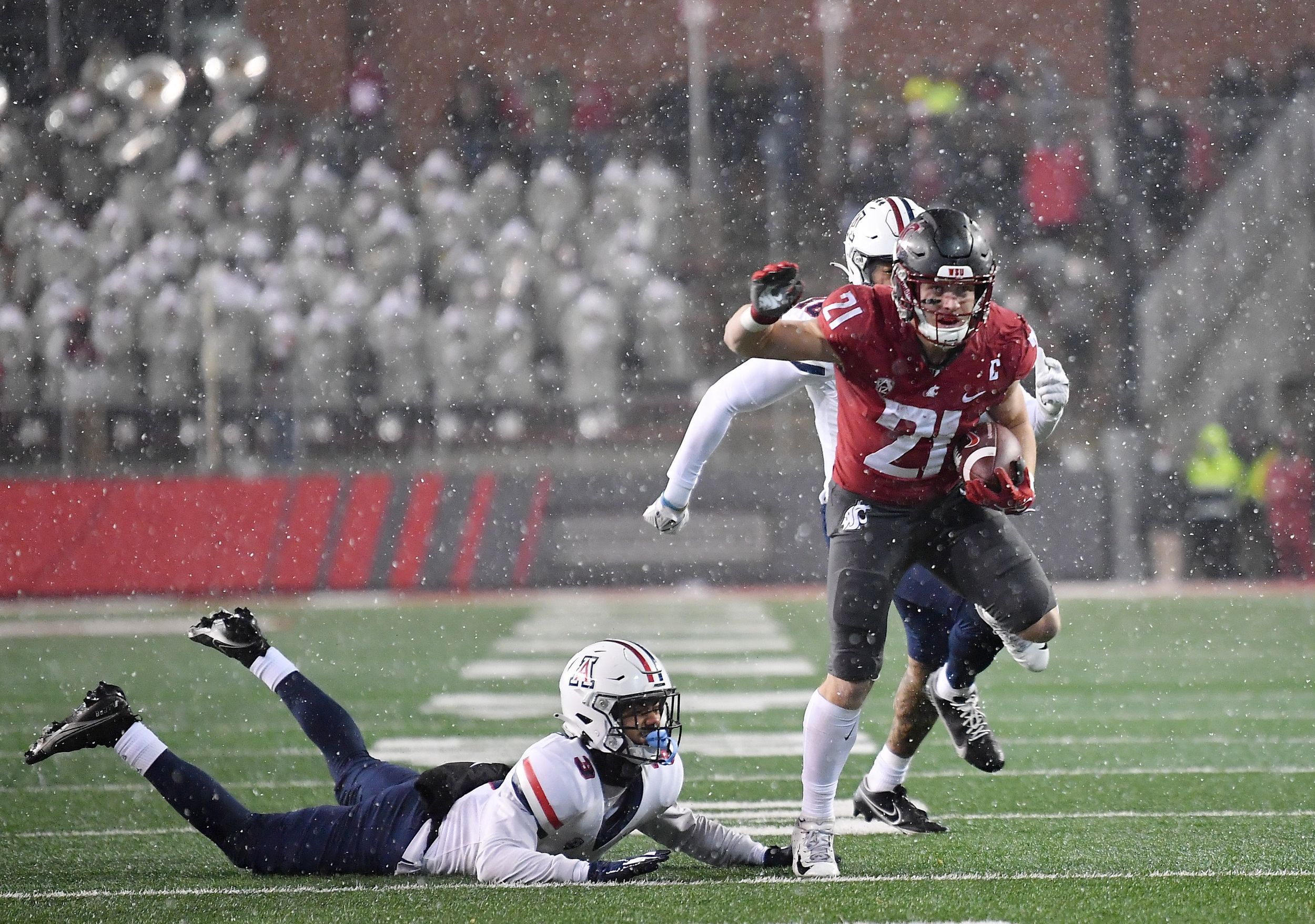 WSU: Though it must have been tough to watch – in reality, not in the usual sad sense of the phrase – Colton Clark has all you need from the 44-18 win, including a game story, difference makers and a pregame check in on who was able to play. … John Blanchette was in Pullman and has this column. … The folks in the office put together a recap with highlights. … We can also pass along a gallery of Tyler Tjomsland’s photos. … The soccer team fell to Tennessee in the NCAA tournament’s second round. Justin Reed has the story of the 2-0 season-ending defeat in Ann Arbor, Mich. … Back to football, Arizona wasn’t able to match up with the Cougars. … Elsewhere in the Pac-12 and college football, the Huskies are on the road today, traveling to Colorado hoping to get a fifth win. That would make the Apple Cup even more important, as a Washington bowl bid would be on the line. … The Buffs want to sent heir seniors out in style. … There is a big crowd expected at Stanford for the Big Game. That’s not always the case. … The biggest (as in most important) game is in Salt Lake City as Oregon tries to keep its playoff hopes alive against Utah. The Utes are favored. And they have some surprises planned. … Oregon State will host Arizona State, which is making a second consecutive trip to the Northwest. … UCLA and USC both could use the boost a win in their rivalry game would provide. … In basketball news, Colorado lost for the first time, falling to Southern Illinois. … Utah has won its first three games under Craig Smith but the opposition is about to get tougher. … UCLA has lost another player for the season. … Arizona squandered a second-half lead but got past Wichita State in overtime. Now the Wildcats face Michigan. EWU: The fifth-ranked Eagles are in Portland today for their final Big Sky football game. Dan Thompson tells us what to look for during the contest. … The men’s basketball team rallied for a 67-64 overtime win at Cal State Northridge. … Around the Big Sky, Weber State and Northern Colorado will end their seasons against one another. … Montana State travels to Missoula for the Brawl of the Wild. Montana may need to win to make the postseason. … In basketball news, Northern Arizona won its second consecutive game. … Weber State defeated Ball State.

Idaho: Athletic director Terry Gwalick had a lot of nice things to say about Paul Petrino after firing him as football coach. Peter Harriman has that story. … Peter also previews the Vandals’ game at Idaho State. 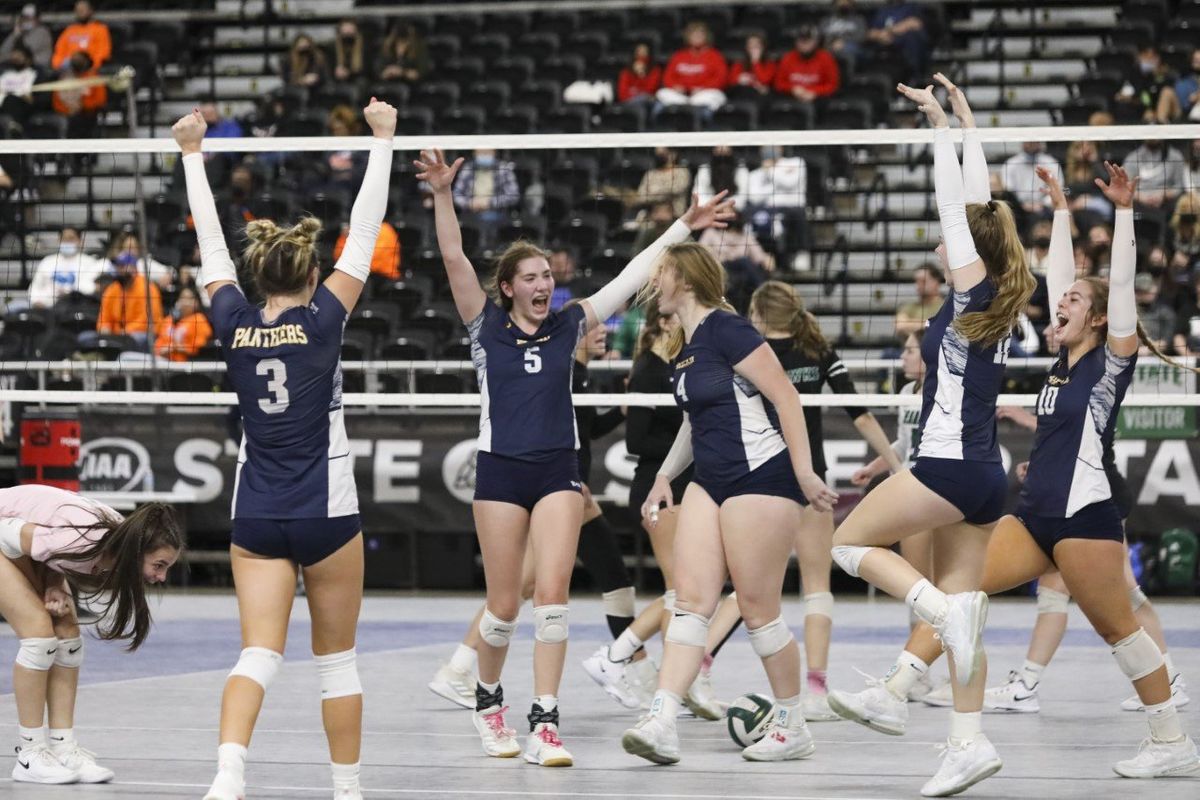 Preps: Mead won the 3A volleyball title, keeping the trophy in Spokane. Dave Nichols has a roundup of all the action from Yakima.

Chiefs: Spokane returned to the ice but couldn’t hold off Seattle at the Arena. Kevin Dudley has the coverage.

Seahawks: Chris Carson’s season is over. He will have neck surgery. He may be back next year. Can Rashaad Penny step up? … A couple of key defensive backs are game-time decisions after practice injuries.

Kraken: The Avalanche scored early and often and ran Seattle off the ice, 7-3.

Sounders: Seattle has returned to the practice pitch as the playoffs begin Tuesday.

• It’s a Saturday in late November without Washington State football or Gonzaga basketball to look forward to. How odd. Until later …