A GRIP ON SPORTS • We’re never sure about much these days. But we are sure about this. Big Sky Conference football is broken. And needs to be fixed. Now.

• Remember that old adage about being too big to fail? It’s not true. Not in the Big Sky’s case. That’s exactly why the conference failed its football members this season. It is too big.

Thirteen has proved to be an unlucky number. For everyone except Sacramento State.

If you don’t know, the Big Sky has 13 football-playing schools. Included in that total are Cal Poly and UC Davis, which play their other sports in the California Bus League, better known as the Big West. Also among the 13 is Southern Utah, which is leaving the Sky for the WAC after this scholastic year is finished.

Interesting facts, to be sure. If you want to play FCS football in the West, you really need to be in the Big Sky. Unless you are the University of San Diego, which doesn’t hand out football scholarships and plays in something called the Pioneer Football League, with teams as far away as New York and Florida.

It’s easy to understand why everyone else wants to be in the Sky.

That’s the right way to go about it. But there isn’t the will to get it done in this conference, not even with Southern Utah’s departure leaving an even number in 2022. 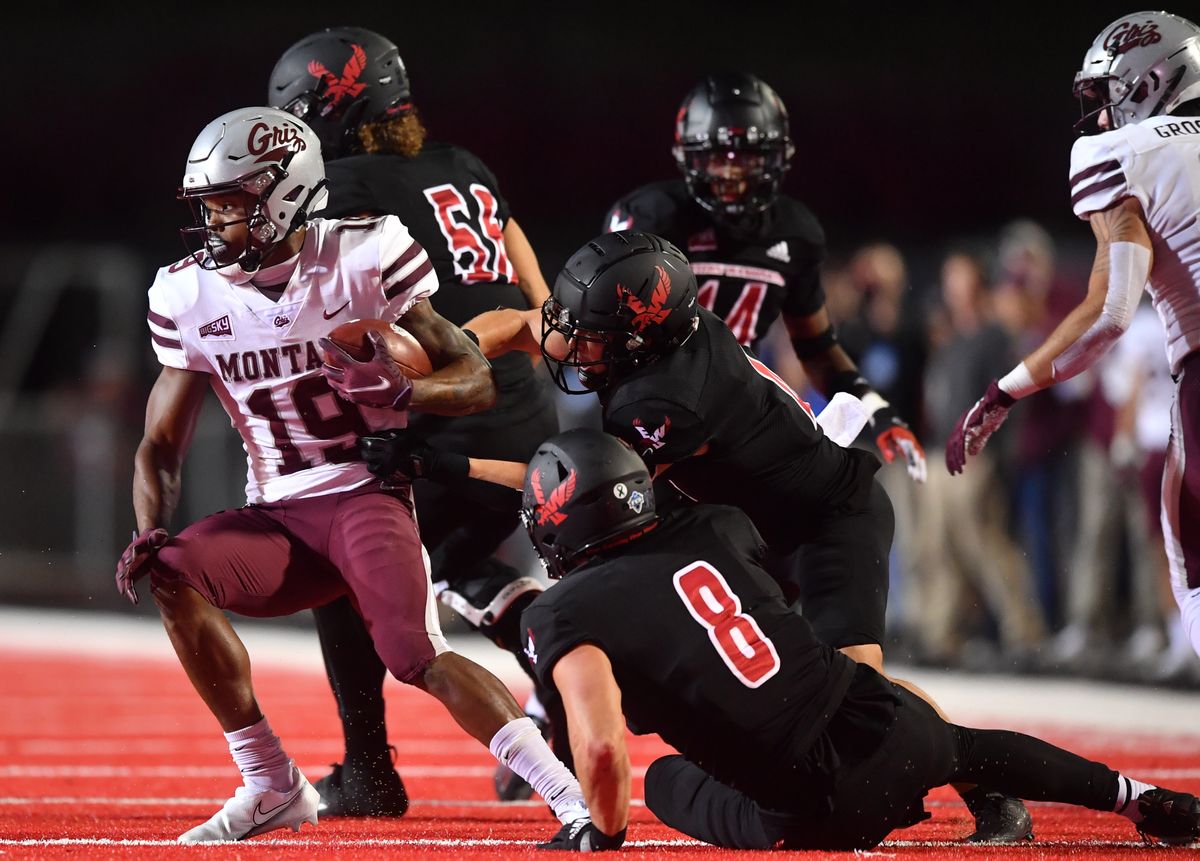 Instead there are seasons like this one. And seeding issues with the FCS playoffs.

Sacramento State won the conference title. It finished 8-0. But how good were the Hornets really? After all, they didn’t play Montana State. Eastern Washington. Weber State. Three of the five top teams. Yes, they defeated Montana in Missoula, but were helped mightily as the Griz were without their starting quarterback.

The combined conference record of Sacramento State’s eight Big Sky opponents? That would be 23-41. Contrast that to Eastern Washington’s opponents (32-32) and Montana’s (31-33) and you see the discrepancy.

And yet, despite that stat, despite wins by a touchdown or less against 1-7 Idaho State and 2-6 Northern Colorado, and despite a home nonconference loss to 6-5 Northern Iowa, Sac State was awarded a top-eight seed in the FCS playoffs – along with a bye in the first round. Being Big Sky champion holds a lot of cachet in the FCS.

The other four Big Sky schools that made the FCS playoffs all played tougher schedules. Two of them, Montana (over Washington) and Eastern (over UNLV), won road games against FBS opponents.

One thing is obvious. The Hornets won the conference race by starting 20 yards ahead of everyone else.

So how does the Big Sky fix this issue, an issue that should have been fixed almost a decade ago when Cal Poly and UC Davis joined as football-only members?

It’s easy and tough at the same time. Divide into two six-team divisions. Split rivalries down the middle. Ensure a crossover game every year with your rival (say, Montana and Montana State). The other conference game can stay regional if that’s desired. A championship game on the last weekend, with matchups against the other division as well. The champion will be decided on the field, even if one division is stronger than the other.

Not, as was the case this season, by the schedule makers in the conference office. 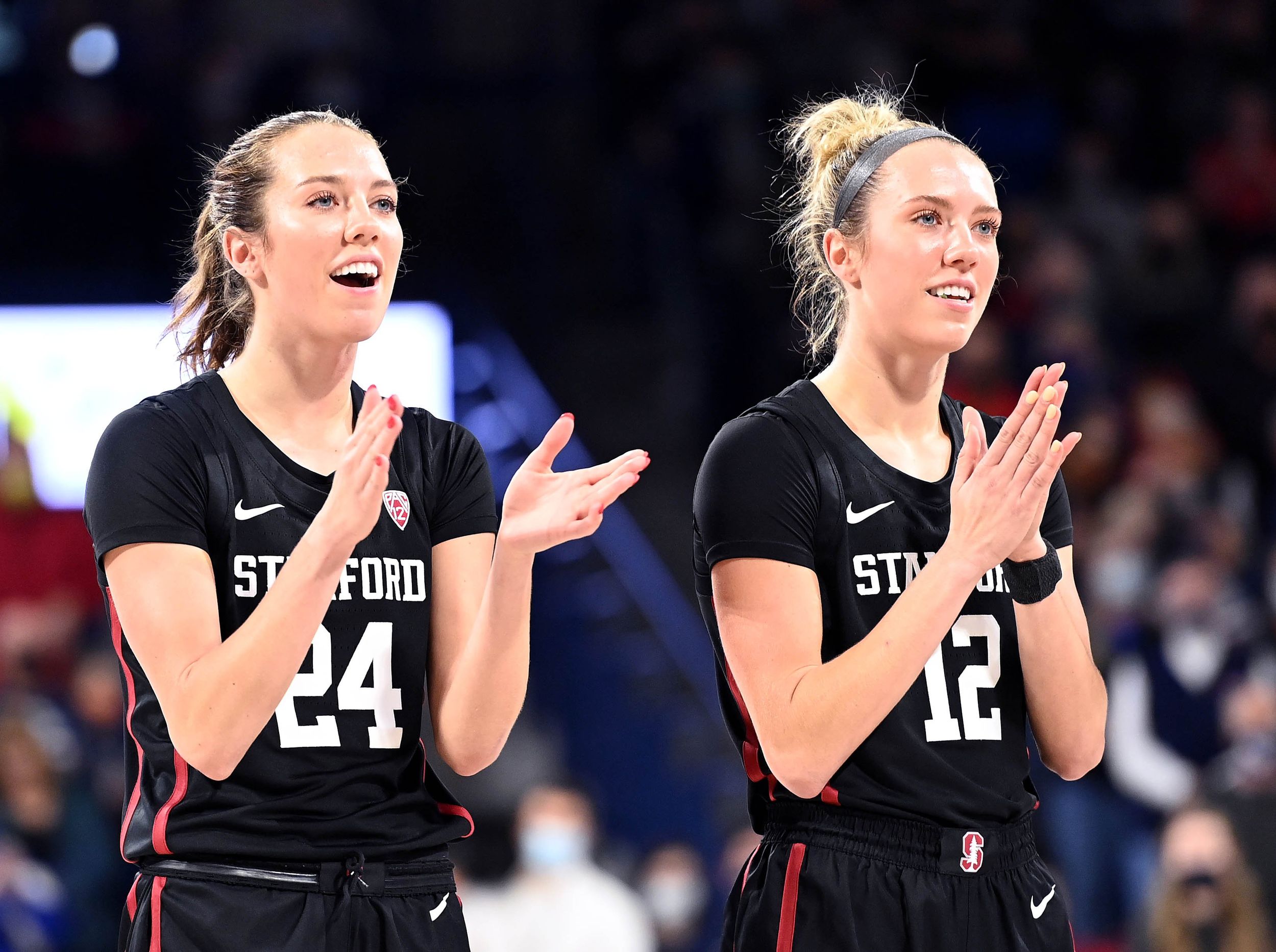 Gonzaga: The Kennel was rocking yesterday afternoon but it wasn’t enough, as seventh-ranked Stanford, the defending national champions, defeated the Zag women 66-62. Jim Allen has the game story and Colin Mulvany a photo report. … There is also a column by some guy but you can skip it if you like. It’s not that good. … The men are back in action tonight with what some might see as the epitome of a trap game. Central Michigan tonight (8, ESPNU) in Las Vegas. With second-ranked UCLA on tap for Tuesday. Theo Lawson has the advance and the key matchup. 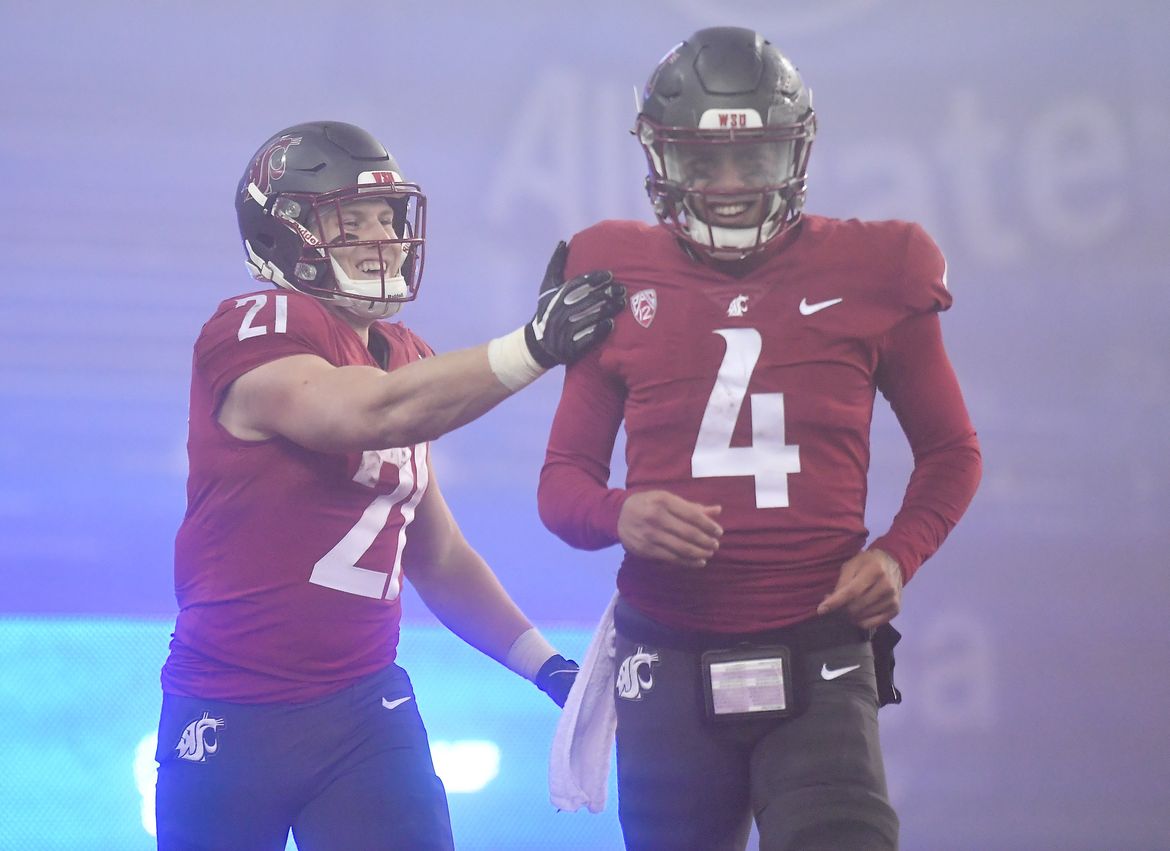 WSU: We wouldn’t call it chaos. Just wading against the current of recent history. Washington State wins Apple Cup. Oregon State wins the rivalry game formerly known has something that was deemed inappropriate. Voila. The Cougars play for the Pac-12 title against Utah. That’s part of Colton Clark’s notebook this morning. … The women’s basketball team did what the men did earlier, defeat Idaho. Peter Harriman has the story of WSU’s 73-59 victory in Moscow. … Elsewhere in the Pac-12 and college football, does Washington care about the Apple Cup? … Oregon’s defensive stats took a beating in the 38-7 loss in Salt Lake City. … The Ducks also dropped out of the top 10 in the polls. … Has Oregon State found its permanent defensive coordinator? If Trent Bray can figure out a way to tie-up the Ducks, sure. … Utah rolled over Oregon to win the South title. How did the Utes do it? By excelling in all three phases. … Colorado will try to derail the Utes this weekend. … UCLA has a 1,000-yard rusher and some momentum heading to a showdown with resurgent California. … USC has hit bottom. Will it take a perfect hire to allow the Trojans to rise again? … Arizona State was taken to school by Oregon State. … The entire year has been a bit foggy at Arizona. … In basketball news, Arizona is ranked. And should be. Former GU assistant Tommy Lloyd has the Wildcats playing well, including an 80-62 shellacking of Michigan last night in Las Vegas. … Colorado is inexperienced. Which leads to interesting games. … Oregon State played better Sunday but still lost at home 81-80 to Princeton. … The Oregon women are missing three starters to injury, which made a matchup with No. 1 South Carolina a tough task. … The Duck men are headed to Maui. 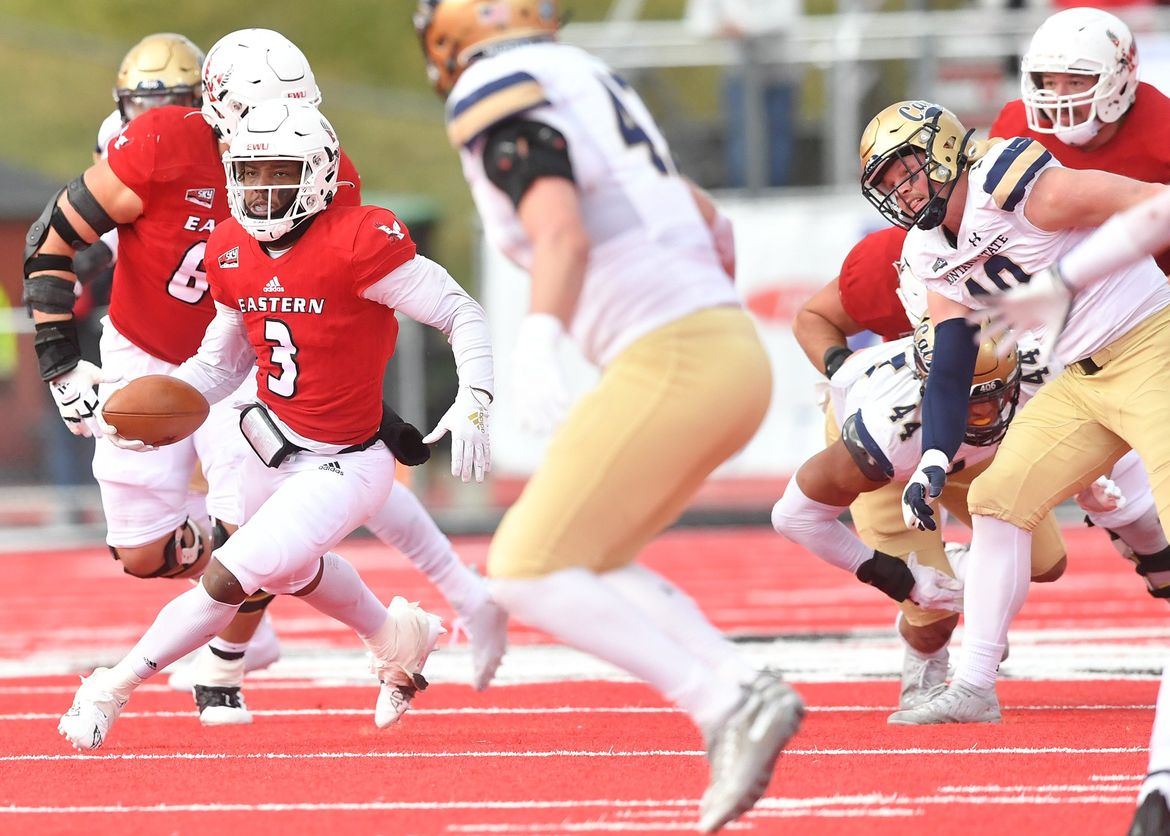 EWU: We can’t really blame the FCS playoff selection committee. After all, Eastern did lose two home games, one of them to Weber State. But we honestly believe the Eagles would have been undefeated this season – overall – if they had played Sacramento State’s schedule. Mainly because we’ve seen California play a lot. Eastern will get its first chance to prove us true Saturday when it hosts Northern Iowa, which routed the Hornets in Sacramento earlier this season. Dan Thompson has more in this story. … Around the Big Sky, Sac State is more than happy to accept all the perks of being conference champion. … Despite losing to the Hornets on Saturday, UC Davis still made the postseason. … Montana State got the last bye. … Montana earned the sixth seed and will host EWU if the Eagles win. … In basketball news, Weber State is off to its best start in 36 years. That’s a long time. … Montana returned home and ended its losing streak. 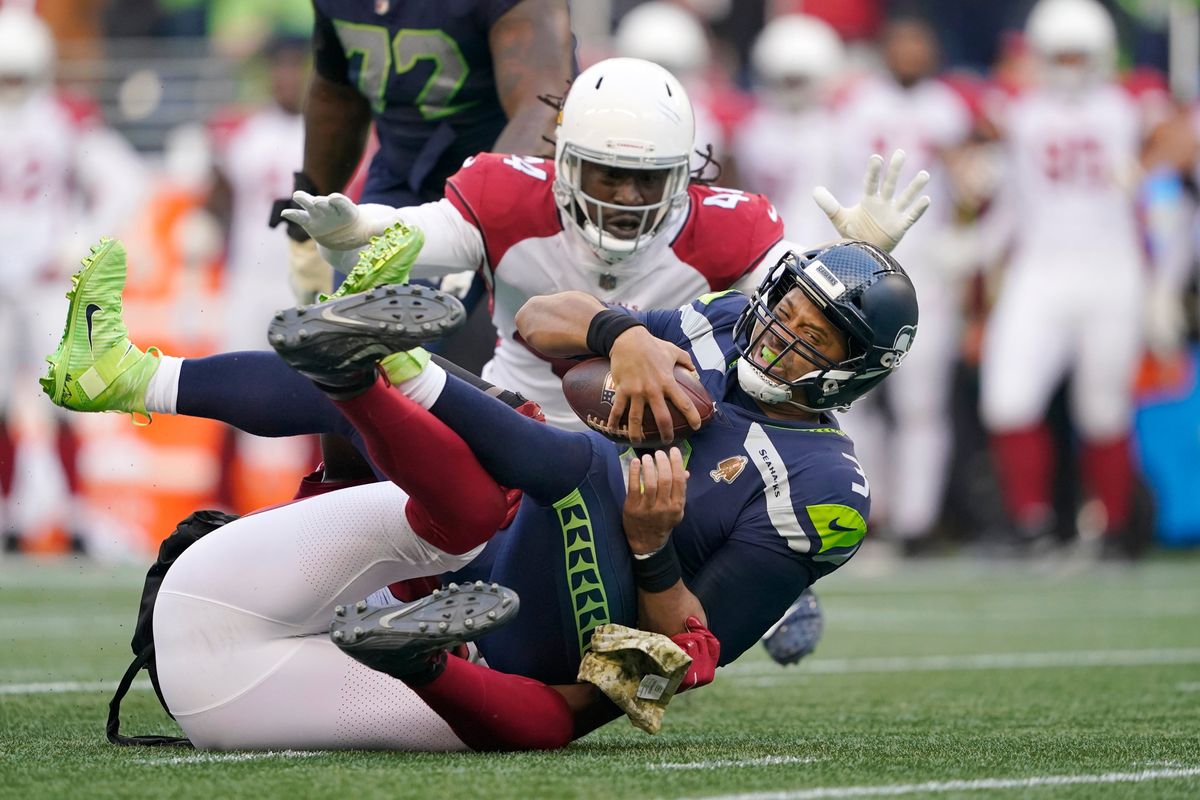 Seahawks: At 3-7, Seattle is toast. Well, at 3-7 and with an offense that seems broken, Seattle is toast. Well, at 3-7 and with a head coach that seems befuddled, Seattle is toast. The Hawks fell to 3-7 with a 23-13 home loss to an Arizona team that was missing Kyler Murray and DeAndre Hopkins. … It feels as if the Pete Carroll era is over. … Russell Wilson doesn’t seem to be taking what the defense is giving. … The officials should have given the Hawks a key turnover. Then the outcome may have been different. … Tre Brown was playing well. Now he’s hurt and won’t be playing at all. 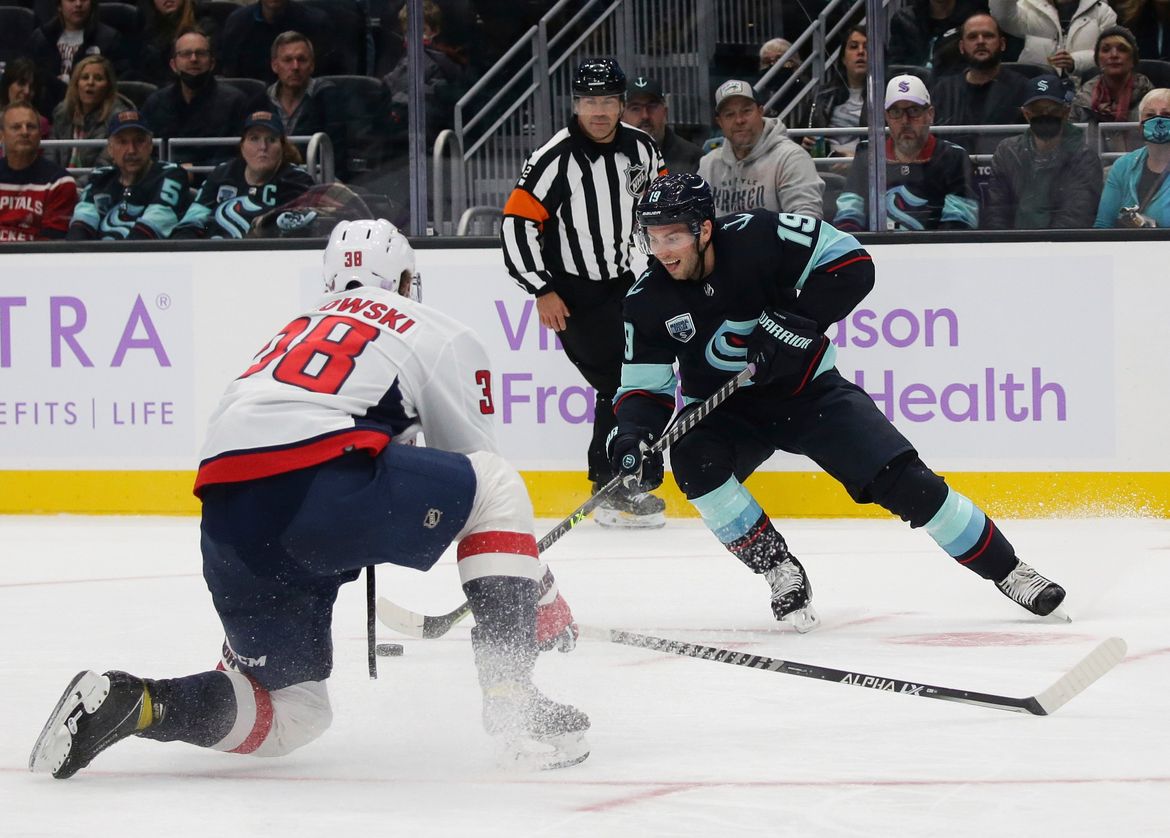 Kraken: Hey, the six-game losing streak is over. Thanks Washington. The Caps came to Climate Pledge Arena and took the second period off in the Kraken’s 5-2 victory.

Sounders: Nouhou can be exasperating at times but he’s one of Seattle’s better defenders. He’s also been ruled out for the playoff opener. … Portland scored a 3-1 win over Minnesota.

• Each day this week we will highlight a Thanksgiving dish we love. Today it’s stuffing. Not dressing, but stuffing. The bread, sausage, onion and celery mixture crammed into the turkey’s backside. As Groundskeeper Willie once said about haggis, it tastes as good as it sounds. Until later …