A GRIP ON SPORTS • Tonight will be a good night. It has to be.

• How often are we treated with a regular season college basketball game that pits the nation’s top-two ranked teams? Occasionally. How often is that game a rematch of an NCAA semifinal from the year before? Rarely. And how often is that game between two teams from our side of the country? Uh, tonight will be the first time. 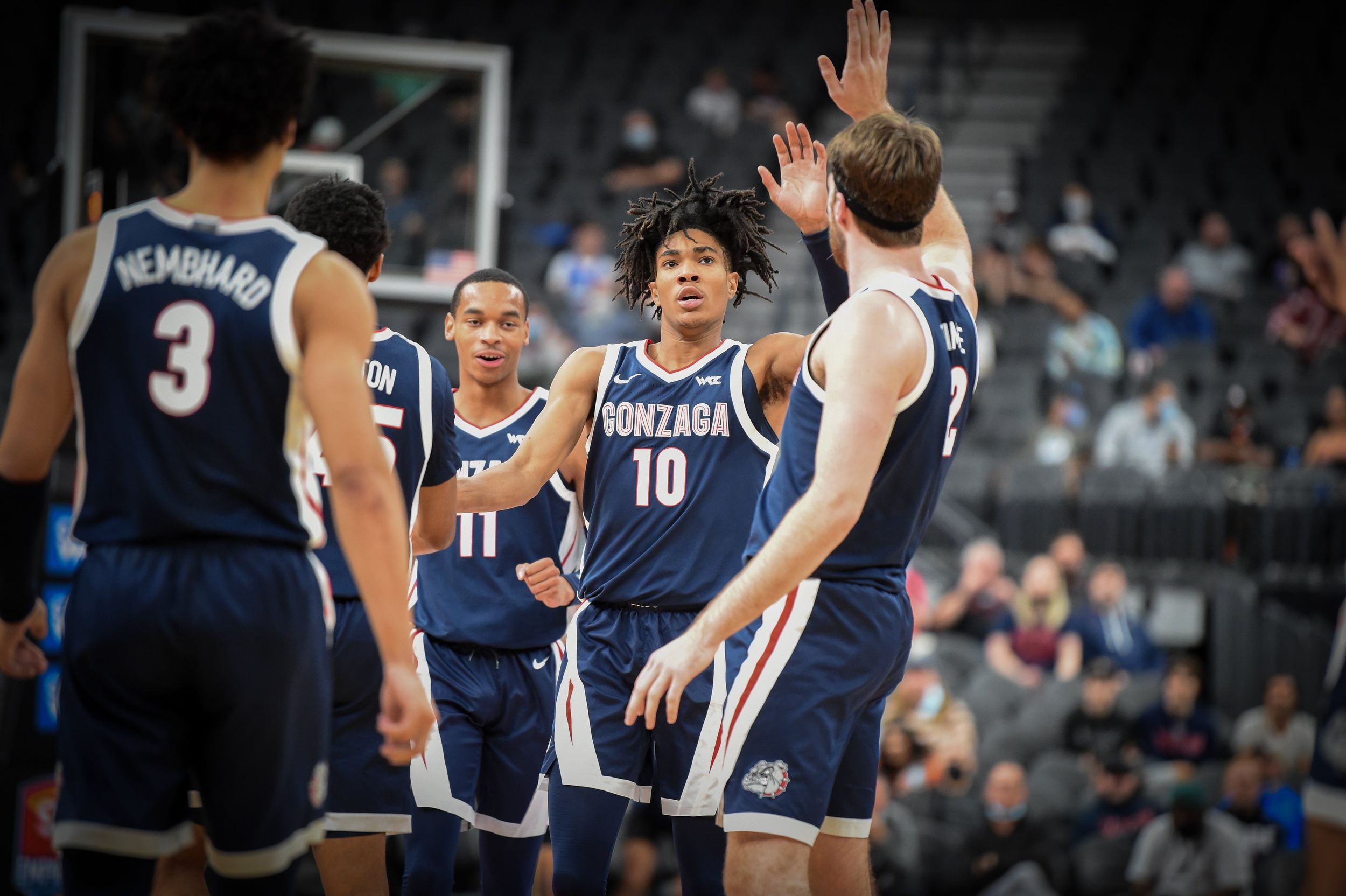 It doesn’t matter how good UCLA and Gonzaga are currently. They are, but it isn’t as important as the two schools agreeing to meet in the nonconference, giving college hoop fans a chance to relive some past glory.

And the meeting between the two in April was glorious. Hard-fought. Taut. Nerve-wracking. Chest-to-chest until Jalen Suggs broke free and nailed a near-half-court 3-pointer for the win.

Suggs is gone, of course, along with Corey Kispert and Joel Ayayi. But the Zags still have dudes – Drew Timme comes first to mind – and a bunch of freshman ready to have their Suggs’ moment. UCLA didn’t lose much of anyone from that game, though a couple injuries have the Bruins retooling a bit.

Tonight’s game (7 p.m., ESPN) won’t have the stakes of the last meeting between the nation’s top teams, but it still means a lot. Bragging rights. The upper hand if the two run into each other in April. A bar to measure Gonzaga’s freshmen and UCLA’s upperclassmen.

It’s what college hoops in the early season are supposed to be. It may not be UCLA vs. Houston, circa 1969 in the Astrodome (what is?) but it’s special. And appreciated. 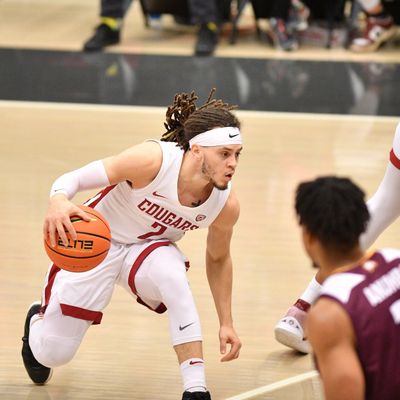 • Washington State’s win last night over visiting Winthrop isn’t reverberating around the nation with the force of tonight’s GU/UCLA game, but it was important. At least for the Cougars. The fact they won 92-86 and raised their record to 5-0 isn’t immaterial but how they won is what really matters. For the first time this season they were really tested down the stretch. And they passed.

WSU has blown out most of their opponents this season. Built early leads and coasted. However, against UC Santa Barbara the other night, the foot came off the gas pedal in the second half. It didn’t matter because the Gauchos had fallen into too deep a hole.

Last night, though, when the Cougars let up, the Eagles decided to take advantage. And made the Beasley Coliseum crowd nervous. Kyle Smith too. Blowing a 24-point lead wouldn’t have been something he would have welcomed, right? But righting the ship in the final couple minutes and holding on has to be.

Sooner or later, however, Washington State will let someone back into a game and not be able to pull out of the dive. Maybe Monday night’s close call taught the Cougars to keep pushing. If so, it was even more important than it seems.

• No one disagrees. At least not today. Last Thursday night in Berkeley, there was a little bit of a disagreement though.

To summarize what happened, California was credited with a 78-65 double-overtime win over Southern Utah that night. Problem was, the Thunderbirds actually won 58-57 in regulation. And a bunch of people in charge of running the game knew it.

According to a story on ESPN’s website: “The chaos started when (SUU’s) Jason Spurgin, a 6-foot-11 center, got fouled and went to the free throw line with his team up 41-34 at the 14:02 mark of the second half. Spurgin made both free throws, per the Pac-12 Network’s footage of the game. But he was credited with only one free throw. Southern Utah then had a 42-34 lead, although it should have been 43-34.”

It took SUU coach Todd Simon a couple of possessions to get the officials’ attention. When he did, they talked with the official scorer, paid by the home team, who insisted the score was correct. It wasn’t. And, according to Simon, the lead official wouldn’t check the monitor.

Why not? A quick check, maybe a minute or two, would have found the discrepancy and allowed it to be fixed. Instead, controversy. Righteous indignation. And an NCAA rule, written probably before photography existed, that doesn’t allow for a correction.

Hey, the traditionalists say, no one can say what would have happened if the score had been fixed so you can’t correct it now. That’s true, to a point. A million different outcomes could have occurred. No one does know whether Cal would have panicked and lost by 20. Or bowed its neck and won by 10. But we do know one outcome did occur: The Bears scored one less point than Southern Utah in regulation and still were given an opportunity to win in overtime. That’s irrefutable.

And there is a way to fix it, one consistent with the mission of a higher educational institution: acknowledge the mistake, apologize and declare Southern Utah the winner. Forfeit the game if that’s the only recourse.

California should stand up for what is right. Why would you want to cling to a victory you didn’t earn? Every player on both teams knows the truth. Coaches too. Administrators. Heck, a business major studying that night in Chou Hall probably knows by now.

Fix it. It’s the right thing to do. 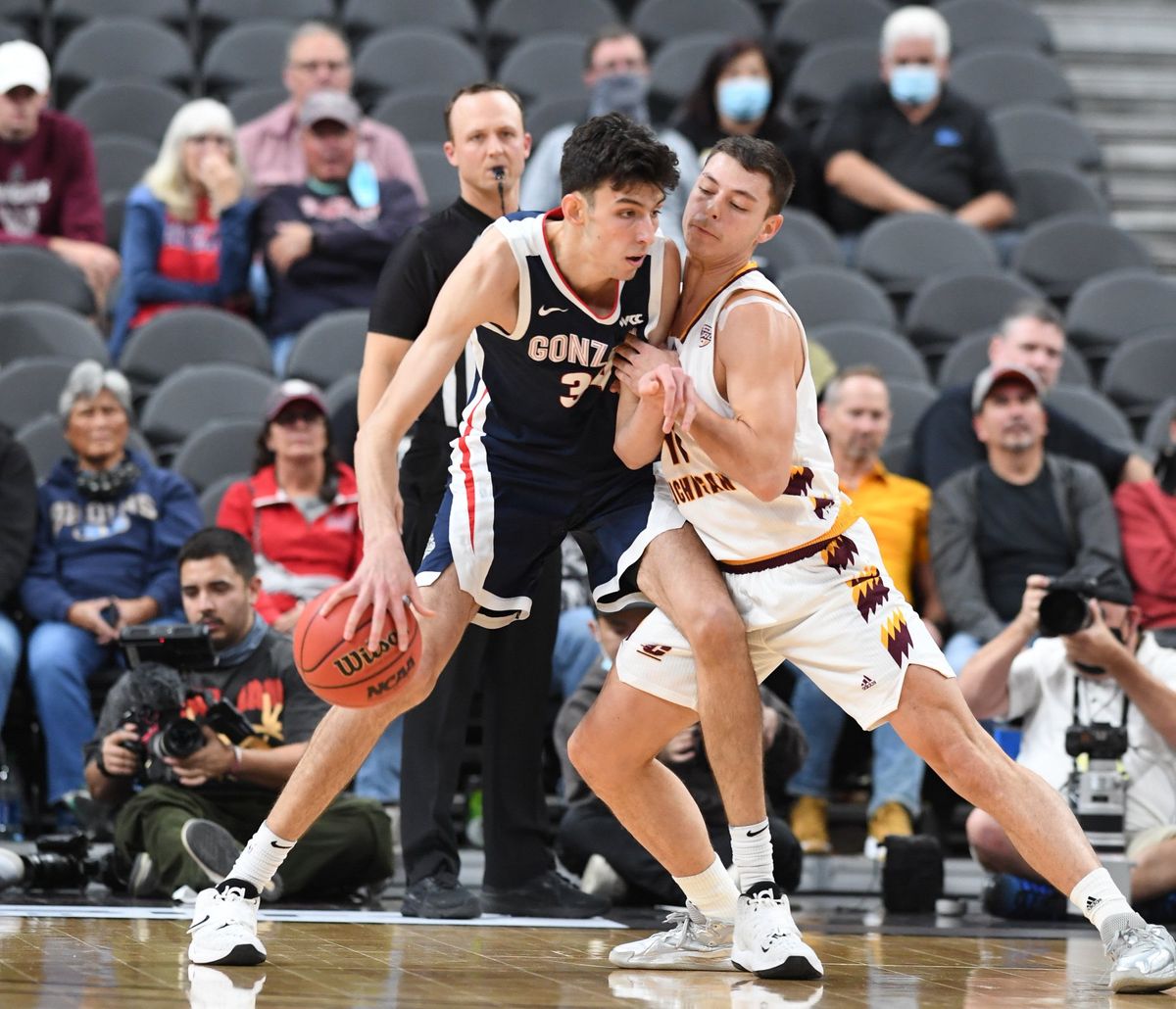 Gonzaga: Before the Zags could get to tonight’s game, however, they had to play Central Michigan last night. At least the starters didn’t have to play too much. GU won, 107-54. Theo Lawson has the game story, Jim Meehan the difference makers, Jesse Tinsley the photo gallery and the folks in the office the recap and highlights. … Jim took care of most of the content leading up to tonight’s matchup, with a preview of the game, the key matchup and a story on UCLA coach Mick Cronin. … Theo added a look at last year’s contest. … During the day, Jim posted stories about the A.P. poll and Chet Holmgren’s latest WCC award. … Jim also spoke with Larry Weir yesterday for the usual Monday Press Box podcast. … Hey, we’ll talk with Larry today and then be in front of the television tonight for our usual TV Take. Dick Vitale will be back at games and on the call for ESPN. … We were in the Kennel on Sunday for Stanford’s win over the Gonzaga women, a game Jim Allen reviews in this story. … Jim also took a look at the pregame, which include a few comments about the Zag players and staffers who kneel during the anthem. One note about that: The Stanford team wasn’t on the court at all during the anthem. … Around the WCC, it was another good night. Saint Mary’s edged Notre Dame 62-59 and Santa Clara blew out TCU 85-66. Both were neutral-site games. … Pepperdine fell to Fresno State. 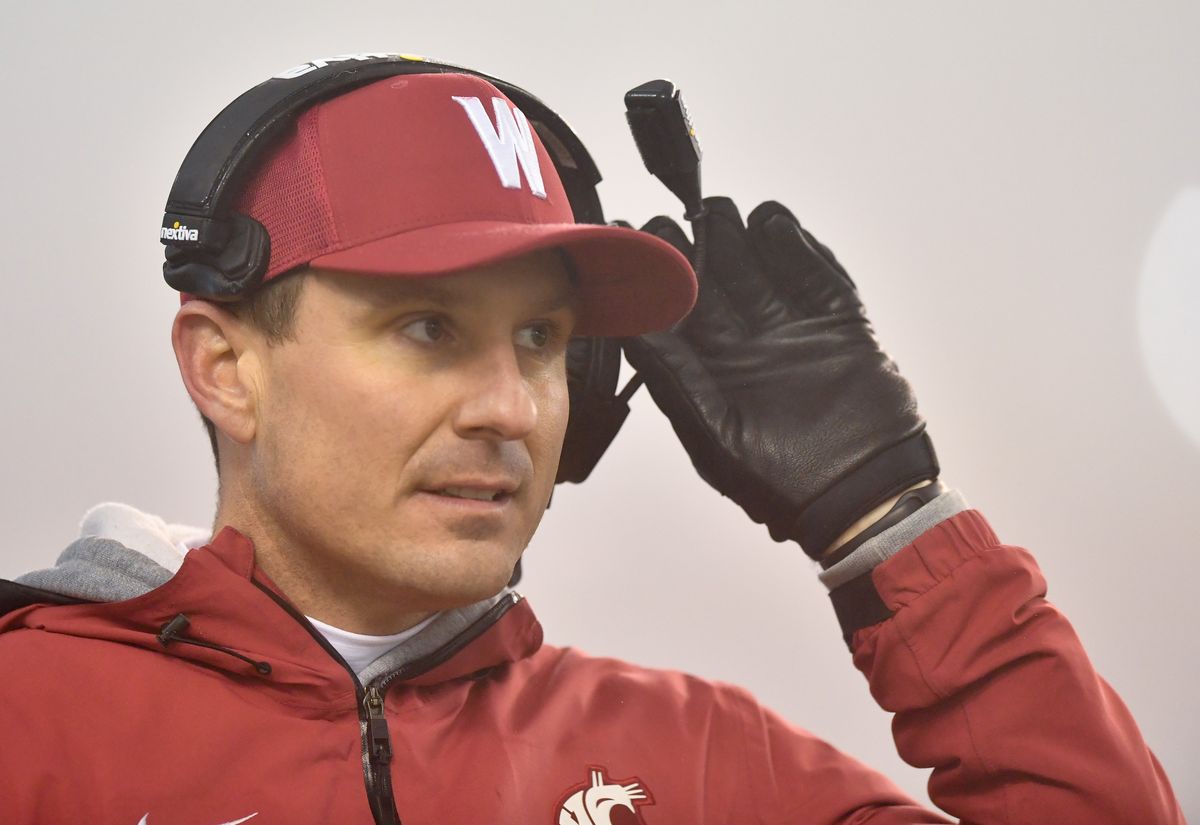 WSU: I’m old enough to remember when Washington State defeated Winthrop in an NCAA Tournament game. Colton Clark may not have been at that 2008 game in Denver, but he was in Pullman last night and has this game story. By the way, WSU rolled 71-40 in the first meeting, holding the Eagles to 11 second-half points. … Hey, it’s Apple Cup week. Colton has his first look at Friday’s game. … Jahad Woods earned the Pac-12’s weekly defensive award while defensive back Halid Djibril has entered his name in the transfer portal. Colton has those stories as well. … On the Washington side, former Cougar Bob Gregory will be coaching the Huskies. … Jon Wilner breaks down the Cougars’ coaching search and makes a case for hiring Jake Dickert. He also takes a look in the Mercury News at the other openings. And he has his power rankings. … Elsewhere in the Pac-12 and college football, there is a lot of whispering about Utah’s Kyle Whittingham possibly retiring after the season. If he does, he deserves it. … The Utes face Colorado this weekend in what’s supposed to be a rivalry game. … Oregon State’s defense has picked it up heading into Saturday’s key North Division game against Oregon. If WSU doesn’t win Friday, this one will be for the North title. … The Ducks will have a key defender available. … California’s quarterback was sure the Bears would defeat Stanford. … How about UCLA? The Bruins’ quarterback is mulling his future. … USC is mulling the future as well. The biggest question is simply who is the head coach? … For some reason, Arizona State’s passing game isn’t working. The Sun Devils will need it against Arizona in the Territorial Cup. The Wildcats will be looking for a new defensive coordinator starting after the game. … In basketball news, USC rolled over Dixie State at home. … UCLA defeated Bellarmine in its Vegas tuneup. … Utah won again. … Oregon had no trouble with Chaminade. … Washington picked up a win over George Mason. … Colorado finished up its trip with a win over Brown. … Arizona has it rolling to start the Tommy Lloyd era. Which is good for West Coast basketball. … Arizona State will play Baylor in the Bahamas.

Idaho: Utah Valley blew out the Vandals 83-45 in a Southern California tournament. … Around the Big Sky, Northern Colorado lost at Cal-Baptist. … In football news, Montana State is happy to have a bye before the FCS playoffs begin. … The conference’s schools could matchup in the postseason.

Seahawks: There is no help on the horizon. For the Hawks to turn the season around they have to do it by themselves. A players’ meeting was their first move this week.

Kraken: A win is a win, especially in front of the home crowd. Now more need to follow.

• We love mashed potatoes. Have since we were a kid and we could use them to hide the peas we refused to eat. As a Thanksgiving side dish? Sure. Why not? Topped with melted butter and gravy, of course. But we wouldn’t call it our favorite side dish. There is one better. More on that tomorrow. Until later …