A parade of cars greeted dozens of people at Riverfront Park on Sunday evening, the vehicles donned with sparkling menorahs as they arrived to celebrate the first night of Hanukkah in Chabad of Spokane’s giant menorah-lighting ceremony.

The holiday celebrates the moment more than 2,000 years ago when Jewish rebel warriors retook the Temple in Jerusalem from the Greek army. Inside the dark temple, the Jews only had enough oil to light the menorah candle for one night but saw it burn for eight days.

“The menorah is a reflection of us … It has a body and a flame,” Hahn said. “We all have a body and then a soul that is alight inside of us.” 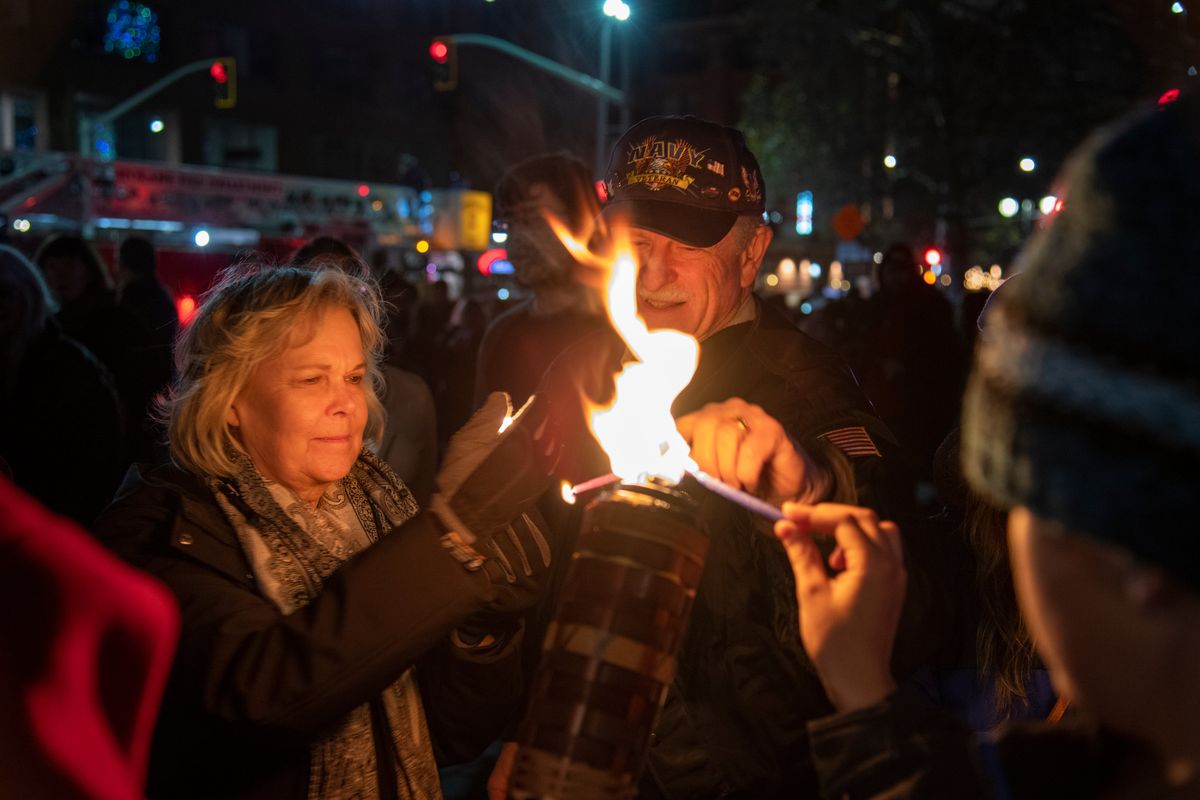 “Over the last 18 months, America has been in the need of light,” Knezovich said to the crowd. “Happy Hanukkah, and let’s bring on the light.”

U.S. Rep. Cathy McMorris Rodgers also attended, adding that she felt the menorah showed how much each individual can make an impact on another.

“The light in each of us makes us special,” McMorris Rodgers said.

Robin Covello, a member of Temple Beth Shalom in Spokane, attended with her husband and visiting teenage daughter. She said they decided to come to get to know more people in Spokane’s Jewish community. Beth Shalom translates to the “house of peace,” Covello said.

“We just wanted to support the Jewish community in Spokane, which has been so warm and welcoming,” Covello said. “It has been so easy to make friends here.”

Covello’s husband, Russ Erickson, agreed, saying they moved in the past year from the Bay Area in California to Spokane as part of new job and lifestyle opportunities. So far, he said, they have not been disappointed.

“We wanted to participate as much as we can, and it has been a welcome change for us,” Erickson said.