A GRIP ON SPORTS • It doesn’t take the help of M’s gadgets to get by in this crowded weekend of sports television. But they would certainly help all of us James Bond fans. And James Bond himself.

• Daniel Craig may be one of only 17 people around the world who doesn’t know about the meme. You know the one, the “hey-it’s-Friday” meme featuring the best James Bond introducing The Weeknd on Saturday Night Live, used to symbolize the delight of Saturday and Sunday. Heck, we’ve written about it before in this space, so it really has jumped the shark, hasn’t it?

Anyhow, it turns out Craig doesn’t do social media, so it has all passed him by. Until a recent interviewer asked him about it. And he found out his two-second-long intro brings joy to the masses.

It made him smile. 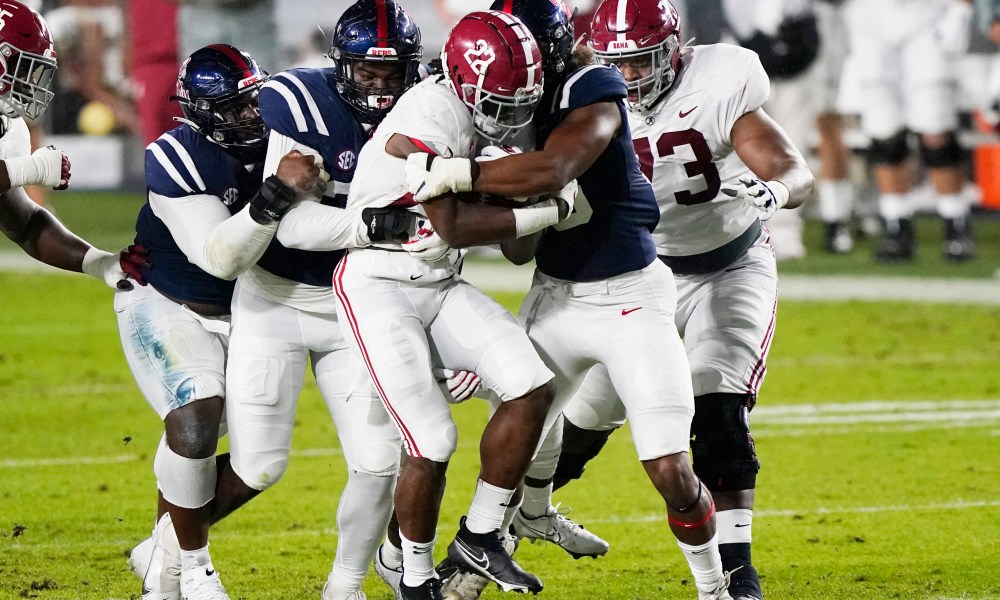 That lasted, probably, until he had a chance to peruse this weekend’s college football schedule. We kid, of course, because we’re pretty sure Daniel Craig doesn’t have time to watch college football. At least not the cruddy matchups that dot tomorrow’s schedule.

A big deal is being made about Ole Miss at Alabama. Does anyone who was alive when Lane Kiffin coached at USC think his 12th-ranked team is going to upset the Tide in Tuscaloosa? How about seventh-ranked Cincinnati trying to ensure Luke Fickell is named USC’s next coach by upsetting No. 9 Notre Dame in South Bend?

OK, both of those matchups may just be worth spending time with for the average fan. But does Ms. Jolene Average know what the best game of the week really is?

We are referring to, of course, eight-ranked Eastern Washington hosting fourth-ranked Montana on ESPN2 tomorrow night. But because both are FCS schools and both exist west of the Rockies – or in the middle of them in Montana’s case – most folks in the country won’t be staying up late to watch. Their loss.

• Speaking of loss, we hope you aren’t one of the 8.55 million people in this country with DISH as your TV provider. If you are, you are out of luck this weekend. You won’t be able to watch the Mariners as they try to break a 500-year-long playoff drought. 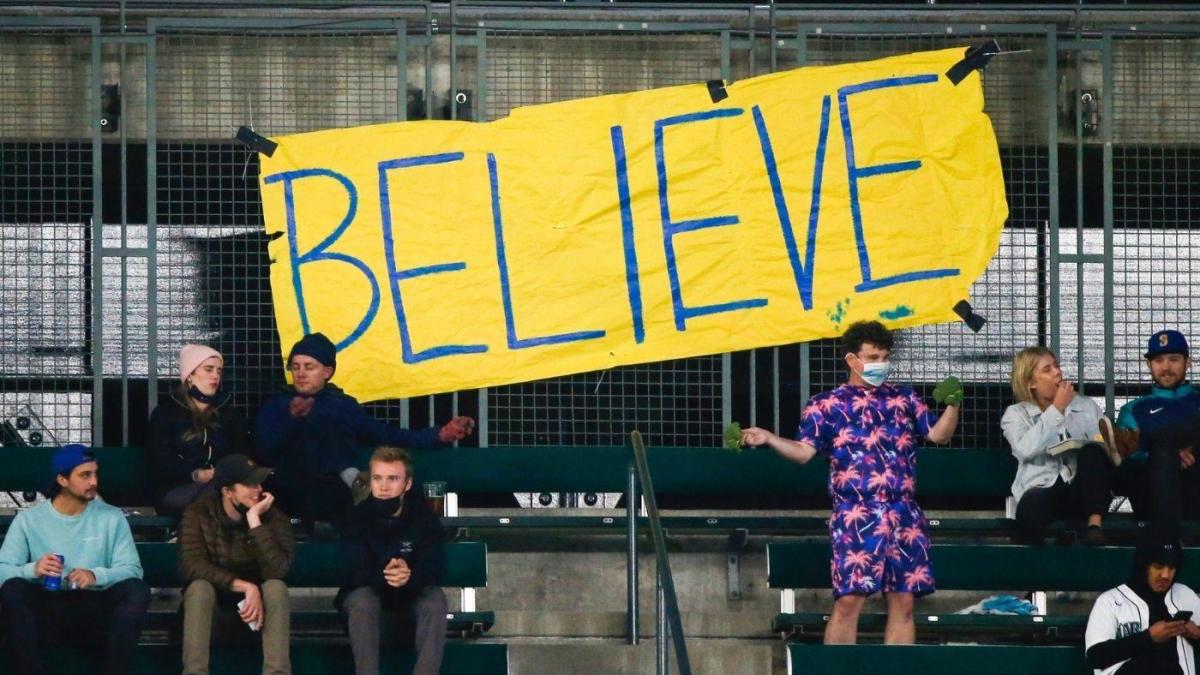 Only one statement of fact in that previous sentence is true. And, happily, it isn’t the one about the M’s and the playoffs. That streak has lasted since 2001. The other streak, the one between DISH and Root Sports, has ended. The two have severed ties. The satellite service decided not to re-up the region’s top sports provider – the contract expired Sept. 30 – so there is no chance to watch the M’s or the Kraken or, darn it, the Timbers. As one could expect, the breakup was about money.

And, according to reports, it doesn’t look as if the two entities will come together any time soon, so you DISH subscribers better call a friend our head to the nearest sports bar if you want to watch the M’s tonight.

• There is little chance you won’t be able to watch the Seahawks this weekend, no matter who supplies your TV service. Which is good and bad. You may just have to witness the Hawks dropping to 1-3, as they are a three-point underdog to the host 49ers. The good? Fox, which will carry the game, seems to be in good standing with the myriad of television providers.

The question we have, however, is simple: If the Mariners are playing the Angels with the postseason on the line Sunday – their game begins on Root at noon – do you watch them or do you keep the faith and tune in for the Seahawks’ game? Presuming you are not a DISH subscriber, by the way.

Yes, I know there are many ways to view both, from multiple TVs to computers and the like. But if there is just one option and one only, which is it?

My answer, you ask? Well, I have a Mariners cap. I don’t have a Seahawks one. Make of that what you will. 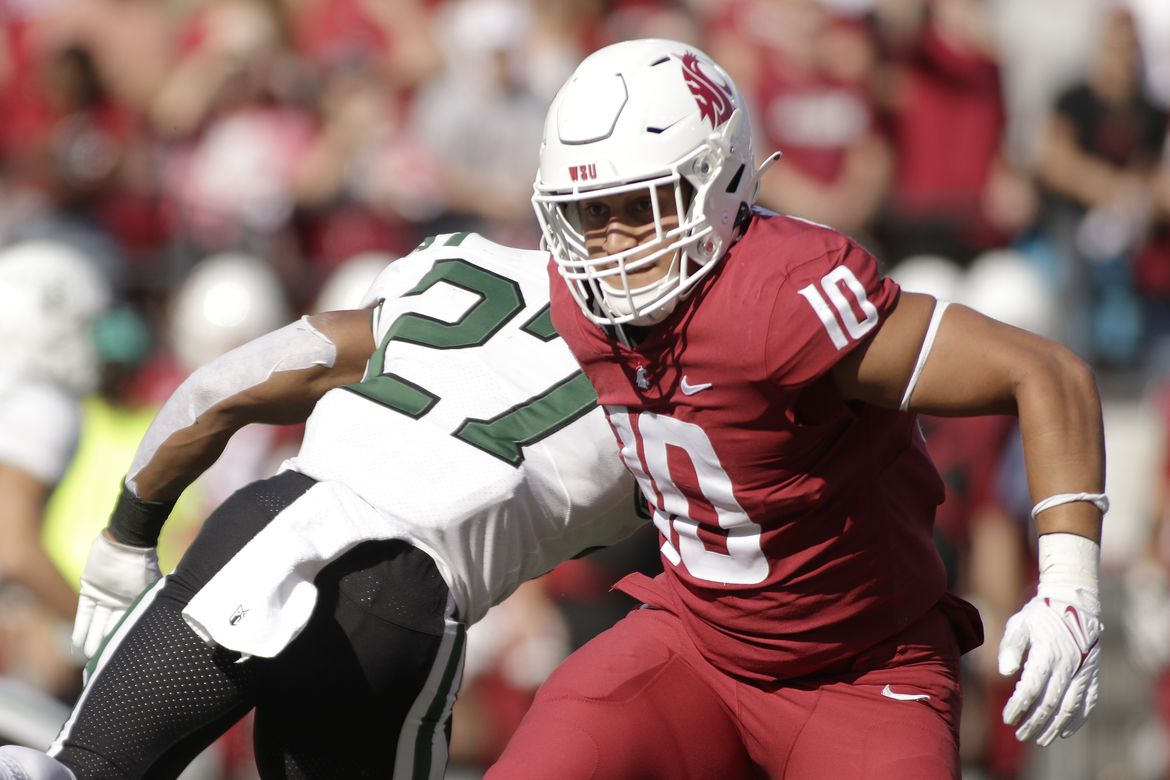 WSU: The Cougar game is on from Berkeley at 2:30. The Pac-12 Network will be broadcasting it. Watch Ron Stone Jr. run around for the defense. He’s worth focusing upon. Colton Clark did this morning with this feature story. … He and the rest of the Washington State defense will have to stop California quarterback Chase Garbers if the Cougars are going to win. … Elsewhere in the Pac-12 and college football, we can pass along Jon Wilner’s picks as they appeared in this morning’s S-R. … In the Mercury News, Wilner explains how some teams, including both WSU and Cal, need to win this week to keep their bowl hopes alive. … Jon also has a stock report focused on non-conference basketball schedules. He’s not happy with WSU’s, though he underestimates some of the Cougars’ opponents. … Over the years, Stanford has upset Oregon more than once. Will the Ducks get run over once again in the Bay Area? … Washington is an underdog against Oregon State. And rightfully so. The Beavers, and their quarterback, are playing better. … Jimmy Lake and Jonathan Smith have a history. … For Colorado to defeat USC for the first time, the defense will have to make some plays. That’s tough against the Trojans and Drake London. … The UCLA matchup with Arizona State may be the conference’s game of the week. … Utah is not playing this weekend. It gives the Utes another week to heal. … In basketball news, there will be a new point guard for Arizona. … Finally, this Holly Rowe story out of Salt Lake City is worth your time.

Gonzaga: Ten GU alums are on NBA rosters as the season gets ready to begin in 19 days. Jim Meehan takes a look at all of them, including Rui Hachimura, who is taking some time before he reports to the Wizards. … A point guard the Zags were recruiting picked Alabama yesterday. Theo Lawson has that story. 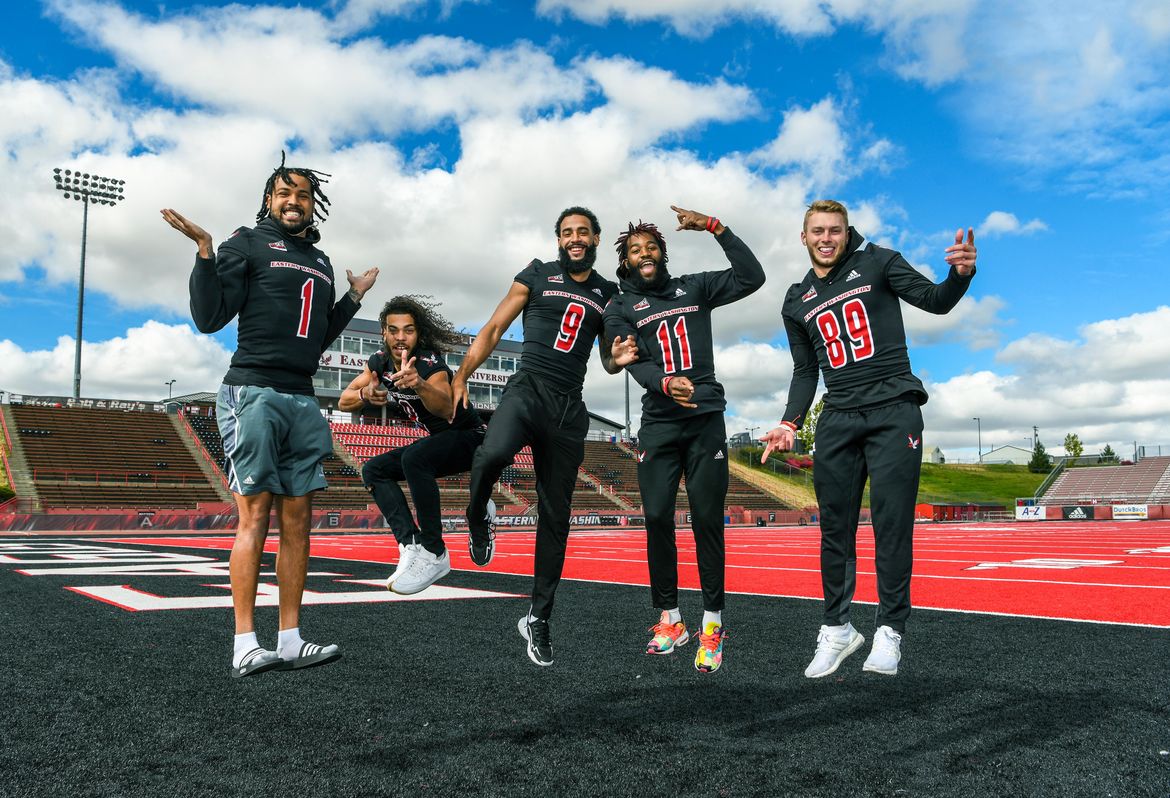 EWU: We mentioned Saturday’s showdown above. Dan Thompson has another story which points out one of the reasons you should tune in, the Eagles’ stable of wide receivers. The school has turned out quite a few NFL products at that position in the past few years. … There are a couple Eastern-focused stories out of Missoula this morning. … Around the Big Sky, the matchup between Northern Colorado and Montana State should be a good one. The Bobcats’ quarterback has been playing well. … Weber State has to fix its quarterback play this week. … Northern Arizona’s defense has been stout up front.

Idaho: The Vandals had last week off. They travel to play one of the conference’s best teams tomorrow, facing UC Davis in Northern California. Peter Harriman has a preview. … The 4-0 Aggies are ready for the visit.

Preps: Dave Nichols passes along a roundup of Thursday’s action.

Chiefs: The WHL season begins tomorrow night in Spokane. Tri-City will visit and there will be fans in the Arena. Kevin Dudley has this preview. … Larry Weir talks Chiefs as well, as he and Mike Boyle get together for the latest Press Box podcast.

Indians: Next year’s schedule is already out. And it’s a long one. The longest minor league schedule in Spokane since Triple-A left town in 1982. … A former Indians player was shot and killed in Omaha on Thursday. 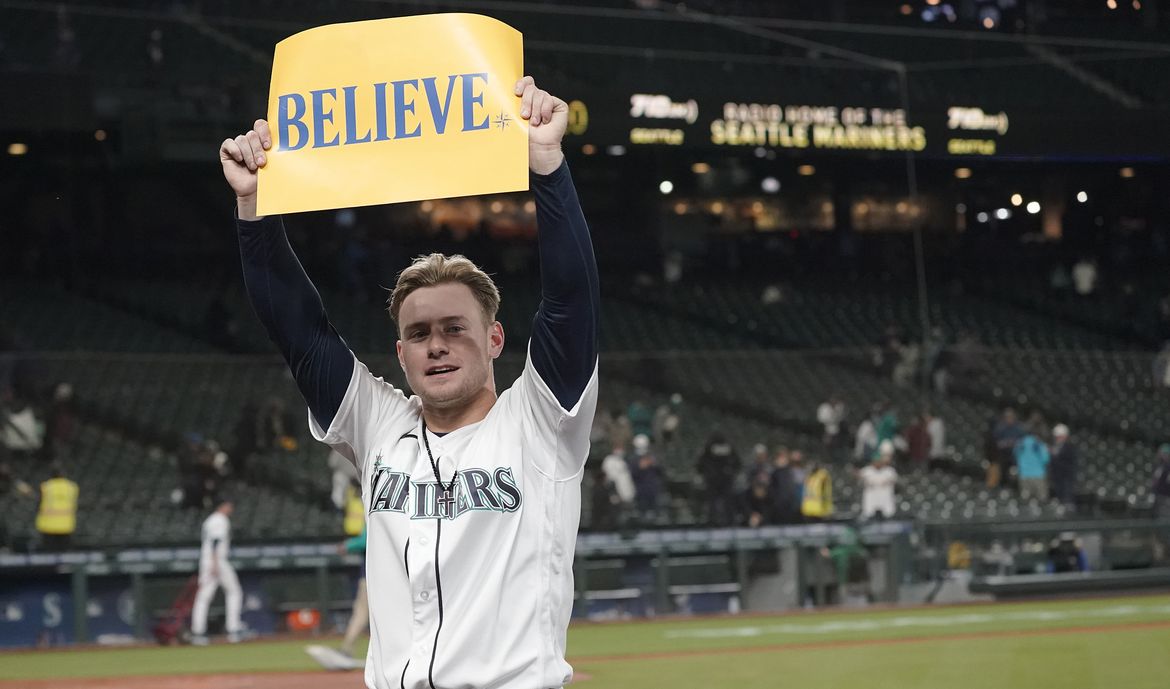 Mariners: With Boston losing last night, the M’s now control whether or not they make the postseason. Win three at home against the Angels in front of large crowds and they are assured of at least a play-in game. … After 20 years, it’s about darn time, isn’t it? And it doesn’t matter how it has happened. … Who is the team’s MVP? That’s a tough choice. But what is not tough is which Mariner should win a national award, even if Jayson Stark gets it wrong.

Seahawks: The 49ers are coming off a bad beat. The Hawks are too, but in a different manner. The loser is going to be in the fight of their life to stay relevant in the NFC West, especially if it is the Hawks. … Seattle is dealing with a lot of key injuries.

• You want to know something? I make awful decisions some times. Like this week. I’m working too much. It’s dumb. Today and tomorrow are full of so much, it’s almost as if I never really retired. What an idiot. Until later …