A GRIP ON SPORTS • Can you still sing television theme songs from your youth? In my case, we’re talking “Come listen to my story about a man named Jed” or “Just sit right back and you’ll hear a tale.” For others it might be “Teenage Mutant Ninja Turtles” or “I’m going down to South Park.” Somehow such words always come back to us when baseball’s postseason begins.

• It’s easy to understand why. Baseball was the thing when I was young. Little else in the world of sports really mattered. College football, maybe. College basketball, certainly. But October baseball, that was the pinnacle. 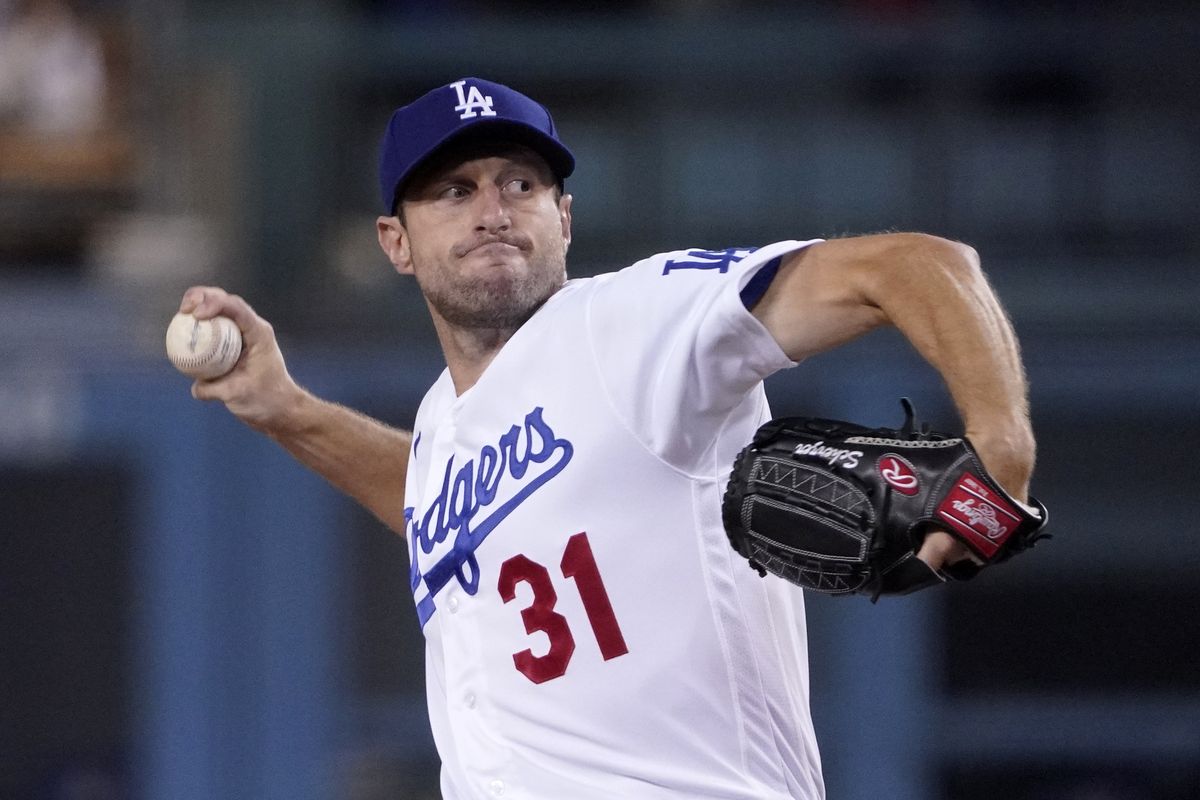 Maybe it was because the Dodgers were always in the hunt. They played in the World Series when I was 7, 9 and 10. Years of wonder – and memory building.

But I also played on a Little League team named the Red Sox in 1967 and my dad was a Tigers fan, so 1968 was covered as well. The decade of my childhood was marked by the sport.

Most people remember the 1960s as a decade of turmoil. I remember it as the time of Sandy Koufax, Jim Longborg, Al Kaline and Gilligan.

And that did not stop. The 1990s weren’t the decade of Bill Clinton in our house, but of Ken Griffey Jr., Chipper Jones, Tony Gwynn and Donatello. That’s what I remember from those years.

Now? There are no grandkids around to inform us of the inane television shows available – I’m sure there are just as many as ever, maybe even more – or to teach about the game. But nonetheless, when the Red Sox trotted out last night to face the Yankees in the American League wild card game, I couldn’t stop myself from watching.

And quietly singing “Flintstones, meet the Flintstones.” I guess in a lot of ways, Fred and I are just cavemen.

• Old Twinkletoes Flinstone was one heck of a football player. Probably even could have helped the Cougars if he had decided to enroll in Pullman instead of Prinstone University. 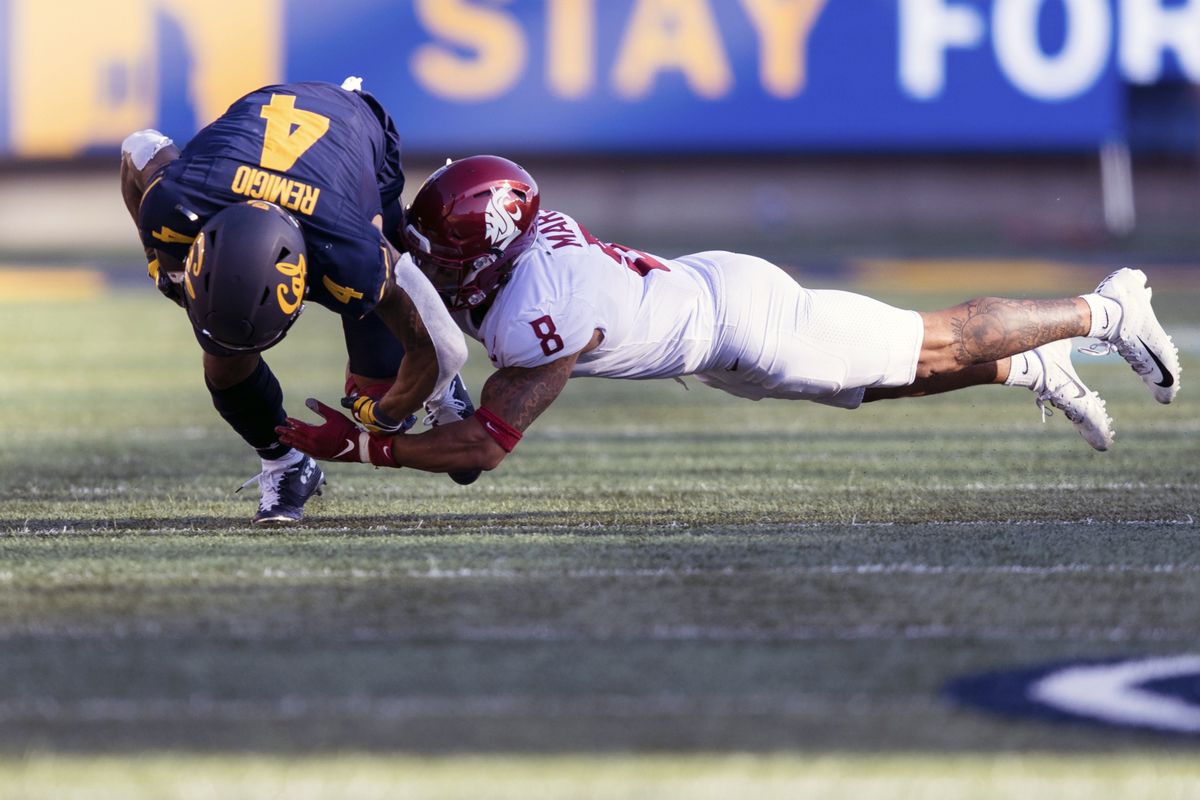 At least this week when Washington State faces the Pac-12’s version of Shale U., Oregon State.

The Beavers are on a roll, mainly due to a throwback running offense that powered its way through Washington last week, earning the Beavers a last-second victory. Oregon State passed for just 48 yards but came away with a 27-24 victory. Why? The Beavers rushed for 242, averaging almost 5 yards a carry.

That’s right out of Bedrock, all right.

• It’s a weird week. Mainly because the Seahawks aren’t playing on Sunday. The will break out those ugly lime green uniforms Thursday night as the face the Los Angeles Rams.

And then have 10 days before their next game. We have just one prediction about this week. There will not be a wild-party video of Pete Carroll emerge due to the few extra days off. That’s one advantage of being in your 70s. There just isn’t enough energy to spend the bonus days in inappropriate activities, a la Urban Meyer. Though I will say this about Carroll. If he did decide to hit the dance floor with those white New Balance sneakers, I’m sure he would be the life of the party. 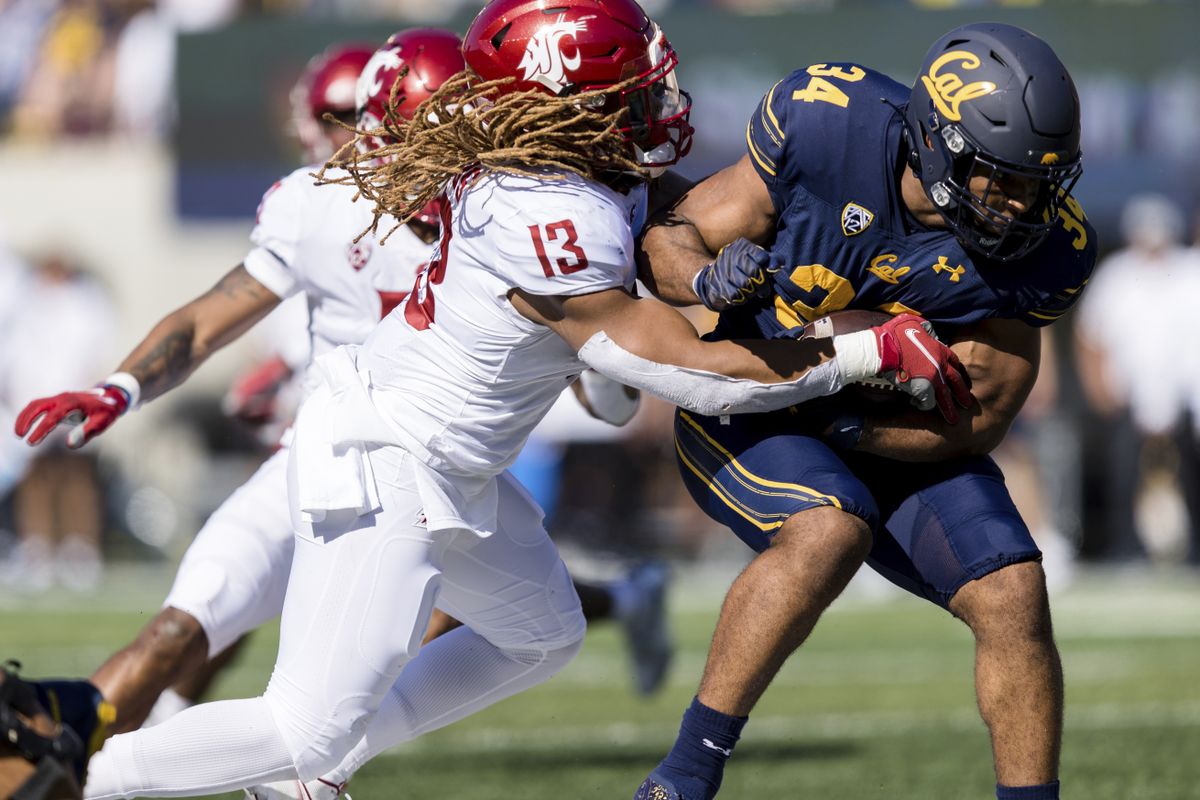 WSU: The Oregon State running game is in the sights of Jake Dickert and the Cougars’ defense. Stop the Beavers rushing and make Chance Nolan make game-winning plays. That’s the thrust of this Colton Clark story from Pullman. … The running game is also the thrust of much of the Oregon State coverage this week. … Elsewhere in the Pac-12 and college football, Jon Wilner has his bowl projections for the week in the Mercury News. … The Washington offense hasn’t developed an identity as of yet. … Oregon’s offense has yet to come up with a lot of big plays. Will the bye week help? … Utah has a weapon at tight end it hasn’t used much yet. … Colorado will use its bye to work on chemistry. … Jaxson Dart is back at USC practice. … Football is a game for fathers and sons, at least at Arizona State. … Jordan McCloud climbed from third on the depth chart to Arizona’s starting quarterback. The Wildcats face UCLA this week. … In basketball news, Utah’s new coach likes what he is seeing. … A Colorado reserve is battling for more time.

Gonzaga: Jalen Suggs is ready for the NBA. At least the league’s general managers think so. Jim Meehan has more in this story. … Jim also spent time talking with Larry Weir yesterday for the latest Press Box podcast. … A former Gonzaga administrator, who also spent time with Washington State and Eastern Washington, is back with the Zags. Jim has this story on Devon Thomas’ return. 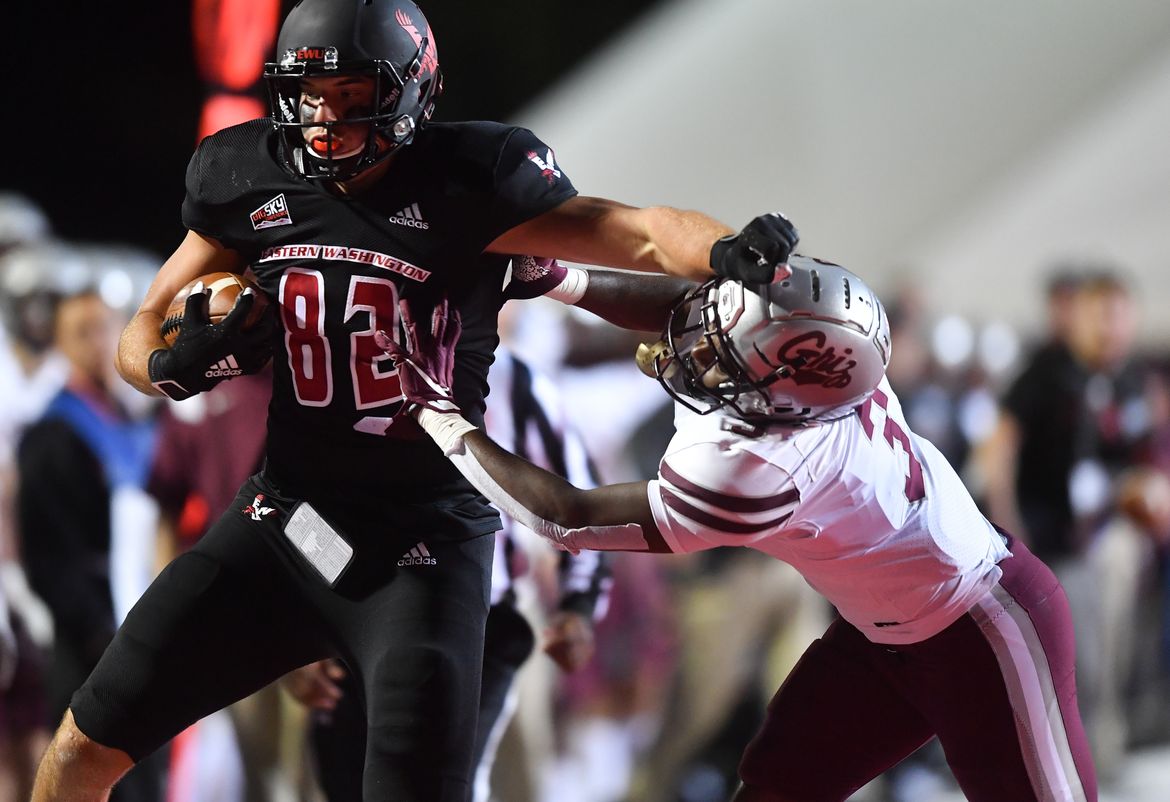 EWU: After such a big win as last week, it would be easy for the Eagles to overlook Northern Colorado this week. As Dan Thompson tells us, they promise not to let that happen. … The Bears’ offensive coordinator was reprimanded for throwing his clipboard in the stands last week. … Around the Big Sky, the national polls are out and the conference had two teams move up, including UC Davis, and two fall. … Idaho State needs changes after another 0-4 start. … Montana State actually uses a fullback. … A Montana starting offensive lineman has retired from football. 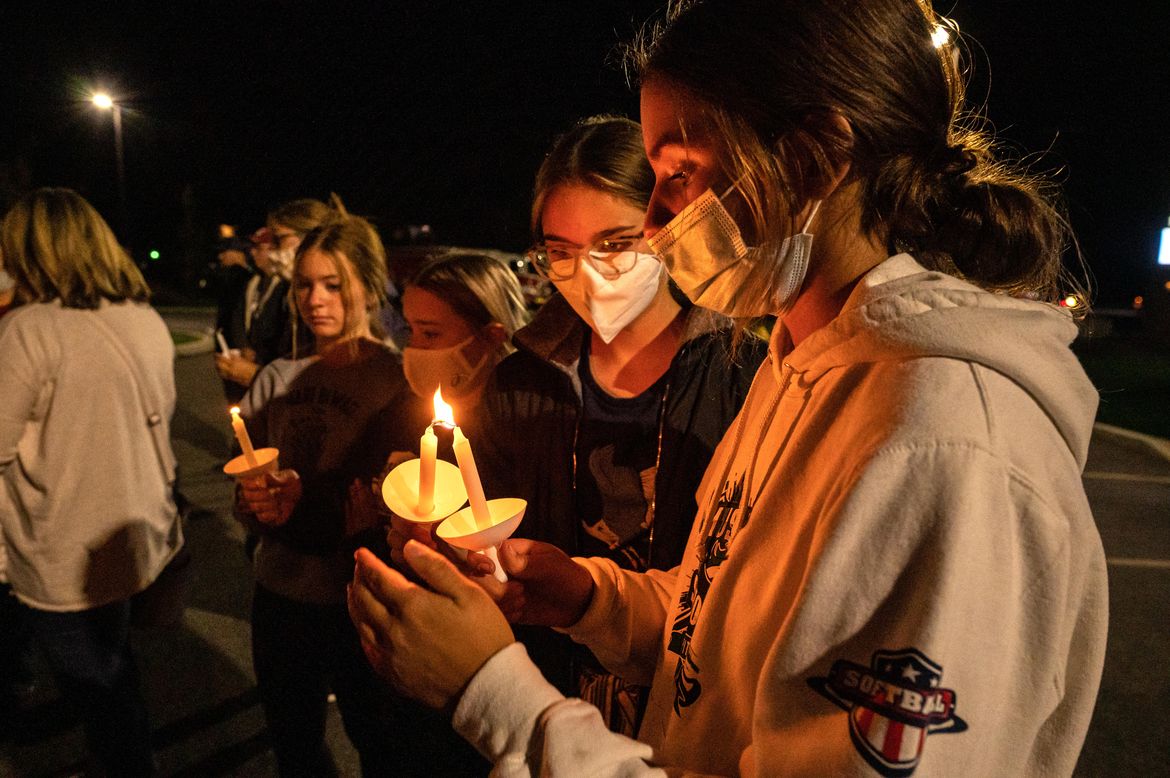 Indians: Chris Gradoville touched a lot of people in his time in Spokane. The former Indians player was shot and killed last week in Omaha. Those he touched in Spokane came out last night for a candlelight vigil. Garrett Cabeza was at the vigil and has this story.

Seahawks: Thursday’s game is one of the reasons the Hawks hired Shane Waldron as their offensive coordinator. … Russell Wilson, he of 100 wins, is starting to develop trust in Freddie Swain. … Chris Carson is slowed by an injury. … The Rams and Hawks have some connections. … Marshawn Lynch has a new job. … The Rams have a well-respected offensive line.

Mariners: Yes, the M’s made strides this season. But backsliding is possible if the front office doesn’t use the offseason to build upon it.

Kraken: The preseason is over, finished off with a win over the Canucks.

• We’ll certainly be watching the Dodgers host the Cardinals in the National League wild card tonight. After all, the starting pitchers are both senior citizens, at least in the baseball sense. Let’s just hope the game doesn’t come down to the bullpens. I still have nightmares about Ozzie Smith’s home run against Los Angeles back in the day. Until later …