A GRIP ON SPORTS • There is no doubt the NFC West is the toughest division in the NFL. Super Bowl favorites, upstarts turned dominators, trendy picks and, of course, the region’s team, the Seattle Seahawks. Every division game is a battle. No different tonight.

• There is a bit of history, recent history, in play as the Rams invade Lumen Field this evening. Los Angeles, and Mr. All-Everything, Aaron Donald, has been the bane of Russell Wilson’s existence the past few years. Sean McVay has been winning the matchups with Pete Carroll. The Hawks needed offensive help, so they hired McVay’s protégé, Shane Waldron, in the offseason. 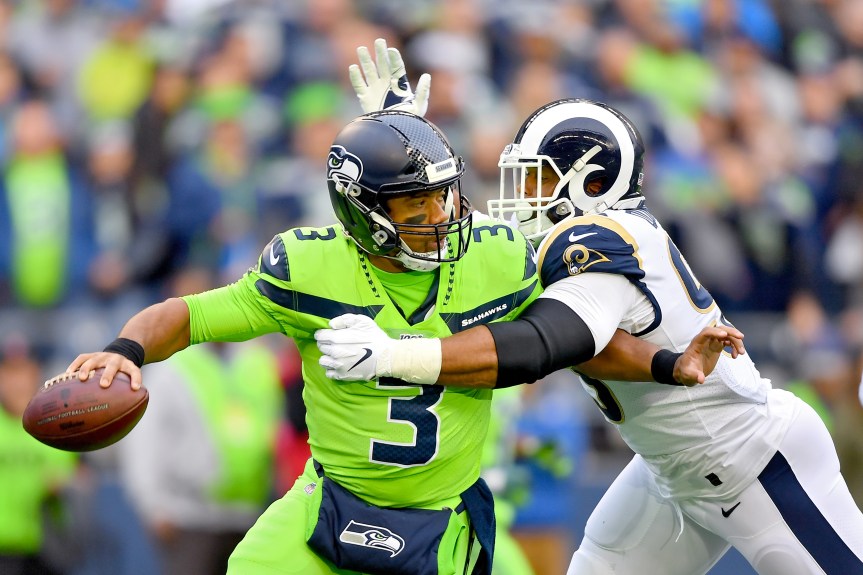 Are those elements important in this Thursday night showdown or are they all sound and fury, signifying nothing?

Narratives have their place, sure. But we’re not sure they really matter after the first hit occurs. The one thing the Rams have shown in the past few years is they aren’t afraid to hit you. One either side of the ball.

For all the flash and dash of McVay’s offense, the key is the line. It’s a group that likes to push people around. If they can knock you back and on your butt, they will continue to do it. It’s something worth admiring about that side of the ball, and it’s epitomized by Cooper Kupp, the former Eastern Eagle. Sure, Kupp runs routes that seem almost magical. And he seems to find ways to make big catches at big times. But he also enjoys sticking his nose into the middle of a scrum and blocking. It’s such efforts that makes the difference between a 3-yard gain and a 5-yard one – and the difference between a first down and a punt. 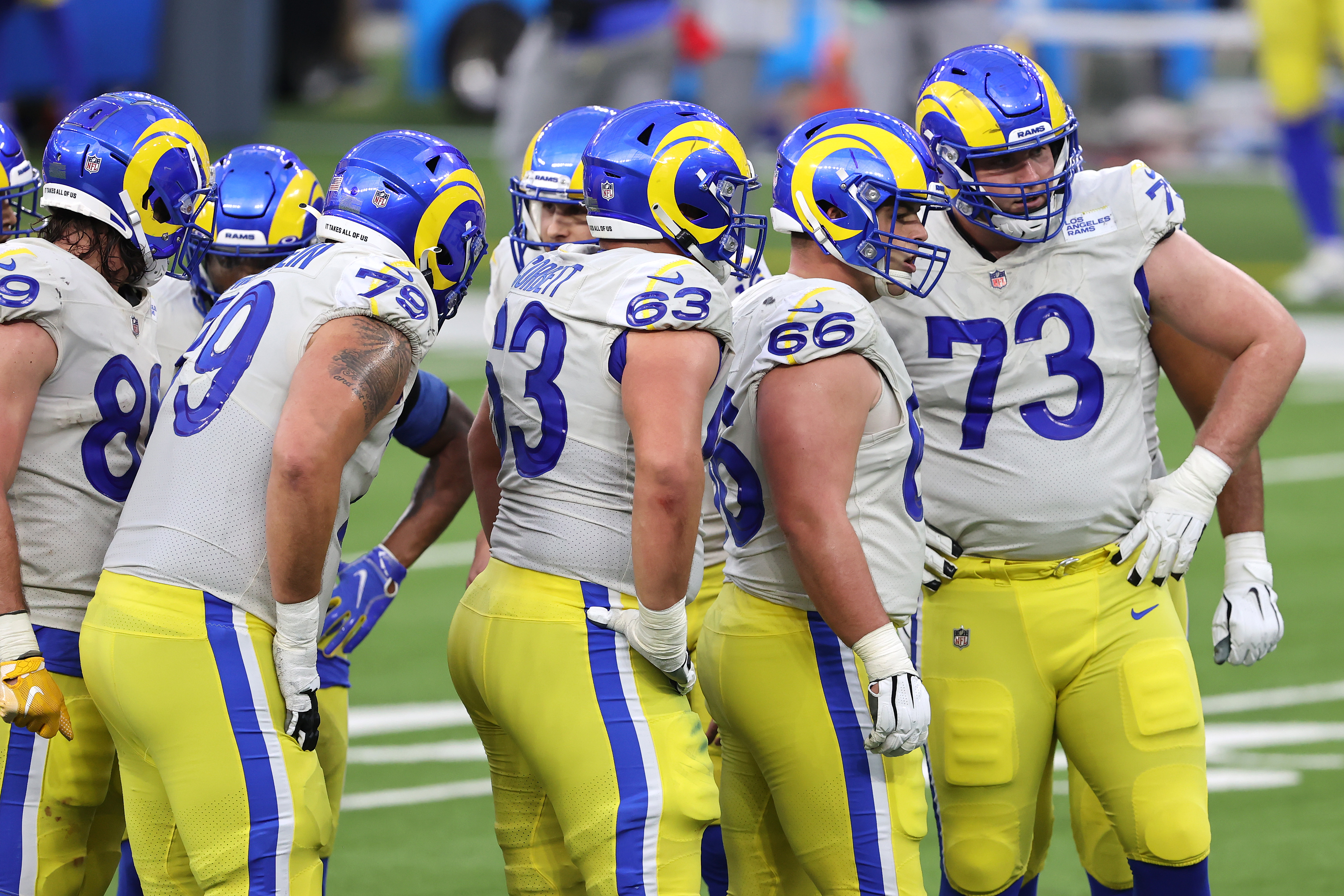 The other side of the ball speaks for itself, at least as far as Donald is concerned. Over the years, the defensive tackle has sacked Wilson more than anyone in the game – 15 – and has hit him almost three times as much. But Donald doesn’t exist in a vacuum on that side of the ball. The defense’s ability to limit the Hawks in last year’s playoff matchup is the reason there is a new coordinator in town. If Seattle wants to reach its goal – a Super Bowl berth – getting past Los Angeles is the first step.

It won’t be easy. And it won’t end tonight, pass or fail. There remains a late-season meeting with the Rams in L.A. Then a possible playoff matchup.

All of that plus two games with the West-leading, and undefeated, Cardinals. And the second game with the 49ers, who certainly weren’t at their best last Sunday.

The NFC West is a beast and, despite the loss last week to Arizona, the Rams are still expected to be the biggest brute of the bunch. We begin to find out tonight if the Rams are still the Rams. And if the Seahawks are more than they were at the end of last season.

• We celebrate football all the time. It is an entertaining game with many positive attributes for those who play it, from childhood through adulthood. But there is a dark aspect to it as well, one that is only becoming clearer as the years go by.

John covers Grayson’s recent death but more importantly he delves into his life and how it (and he) changed over the years. It’s a sad tale, one that is becoming more and more common. But also one that needs to be told more and more, to help motivate changes.

Take the time this morning to read John’s column. It shouldn’t be missed. 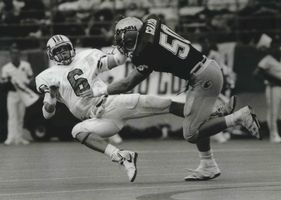 WSU: Besides John’s column, which we also linked above, we can pass along Colton Clark’s notebook. It covers the offensive line, the quarterback spot and Oregon State. … Speaking of the Beavers, Jon Wilner posits in the Mercury News this morning their head coach not only has helped in Corvallis, his loss in Seattle is still being felt. … The Beavers’ defense, including Jack Colletto, appreciates the rushing attack, helped by Jack Colletto. … Elsewhere in the Pac-12 and college football, Jon has his picks for this week’s games. No, he doesn’t think the Cougars will have a happy Homecoming day. … Chris Petersen’s expectations for Jimmy Lake at Washington haven’t been met. At least not yet. … Colorado has some high expectations for one running back. … Utah heads to USC this weekend after a long bye week dealing with Aaron Lowe’s death. The matchups between the Trojans and Utes have been good recently. … UCLA and Arizona meet in Tucson. Jedd Fisch’s short tenure in Westwood is still being felt. … In basketball news, it helps to speak French at Arizona.

Gonzaga: ESPN looks at the biggest questions in college basketball this season. The first one is about GU. 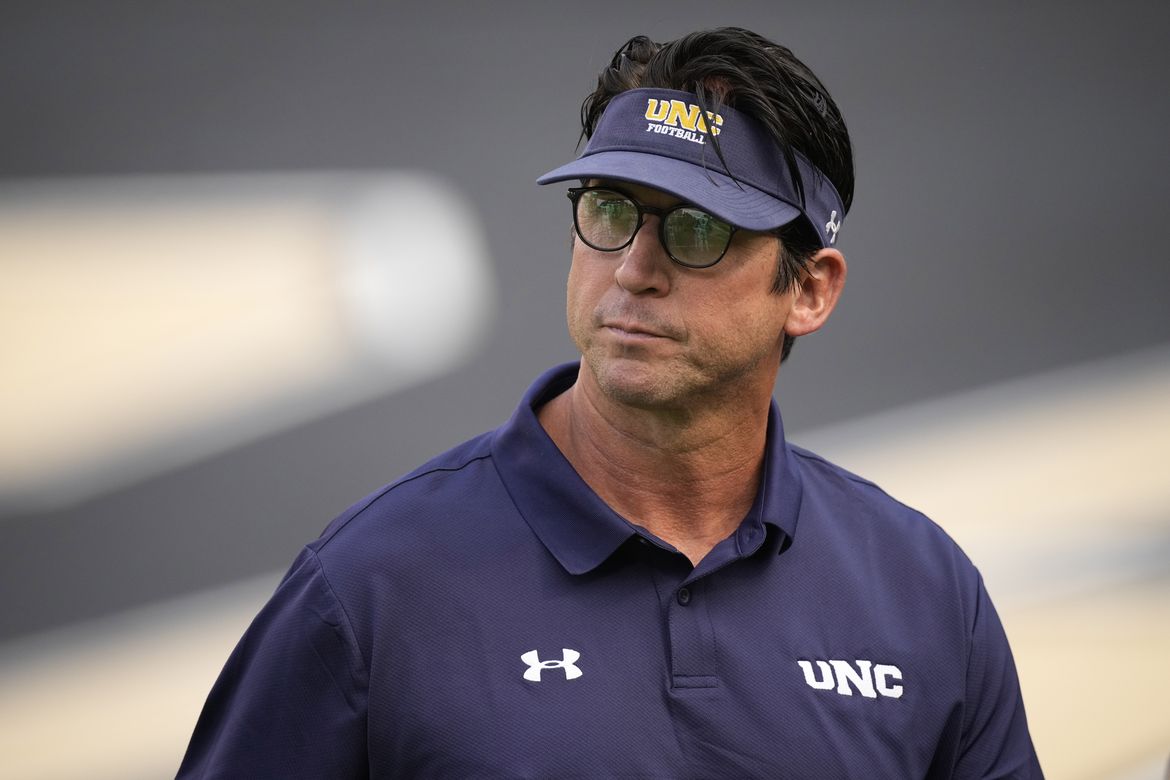 EWU: There is a lot going on the Big Sky Conference, including with Eastern’s opponent this week, Northern Colorado. Dan Thompson looks at all of it in this notebook. … The Bears have a lot of questions about themselves they need to answer quickly. … Around the conference, Portland State will be asking for vaccination proof or a negative COVID-19 test for attendance at indoor sports. … Montana matches up with Dixie State this week and in the future. … Montana State’s pass rush has received a boost. … Weber State hopes the bye week gives it a boost. … A Northern Arizona wide receiver caught 11 passes last week. 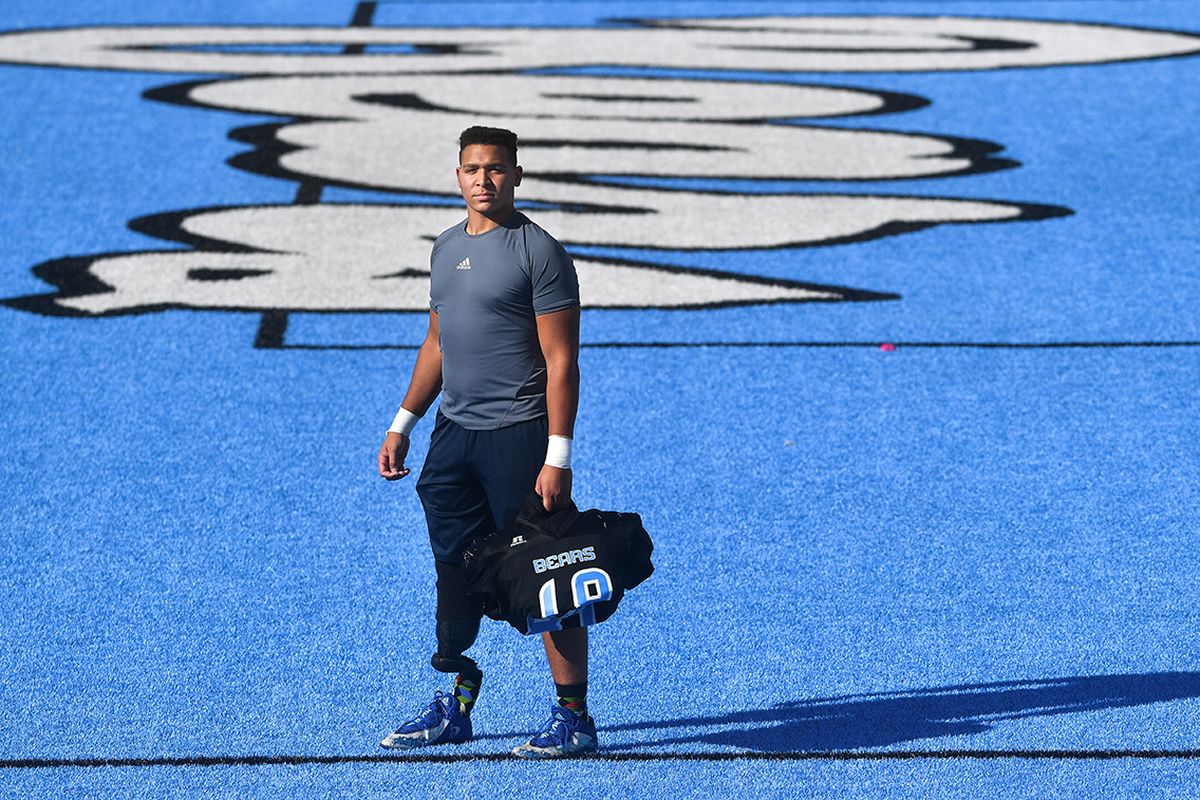 Preps: Brandon Thomas’ story is worth telling. And Dave Nichols tells it this morning. At its core it is a story of success. But how that success came about, now that is a long tale. A tale worth spending your time with. … There were a few prep soccer matchups Wednesday, part of Dave’s roundup, but we have more in that arena. Justin Reed has a feature on a pair of West Valley players who are headed to the Division I ranks.

Seahawks: Not only is the game tonight worth watching, so are these matchups. … The Hawks tried to improve its defensive backfield. … Chris Collins may not play tonight. But Gerald Everett just might. Mariners: The organization is getting into the brewpub business. Wonder if that will help attract a free agent or two? … There is hope for the future. … We couldn’t watch all of the National League wild card game last night. But we saw the beginning and, most importantly, the end. The Dodgers’ 3-1 victory, powered by a former Mariner, Chris Taylor, sends L.A. into a five-game series with the Giants. … The American League divisional series begin tonight. 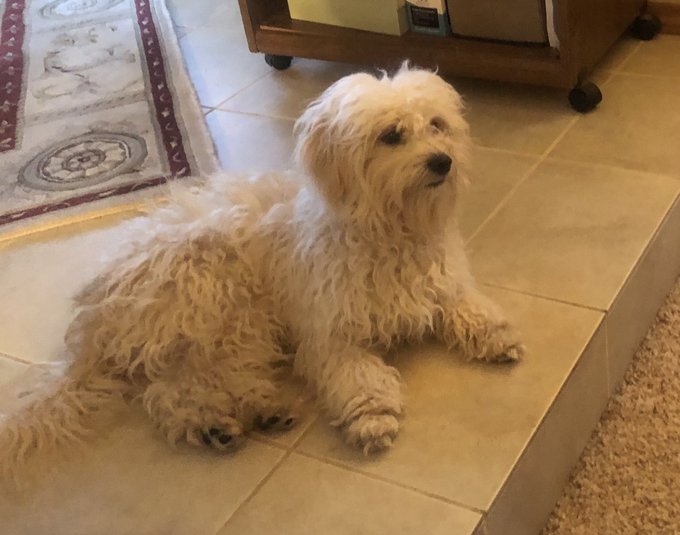 • Writing this was difficult this morning. Such is always the case at work when a new puppy intrudes. Yep, for my 65th birthday, Kim spearheaded an attack on my quiet time by “forcing” me to adopt a pound puppy. His name is Donut. And though he’s a pain right now – and incredibly cute, as this photo I put on Twitter shows – he’s already starting to take his place in the household. However, the cat is not thrilled at all and Junior has taken on an air of indifference. Hopefully, it will all work out. But for a while work time is hard. Donut wants attention. He’ll get it – and a bunch of toys from the pet store today. My birthday, his presents. Seems about right. Until later …