A GRIP ON SPORTS • So who else hates the happy birthday song? Everyone? Or is it we pretend to hate it just to seem humble? Don’t be singing it today on my account. Wait. Don’t leave. Aw, shucks. Go ahead and sing your lungs out.

• Yes, it’s my birthday. We will get to that in a minute. But first we have to do what we do every Friday. Look at the weekend ahead in sports on television. 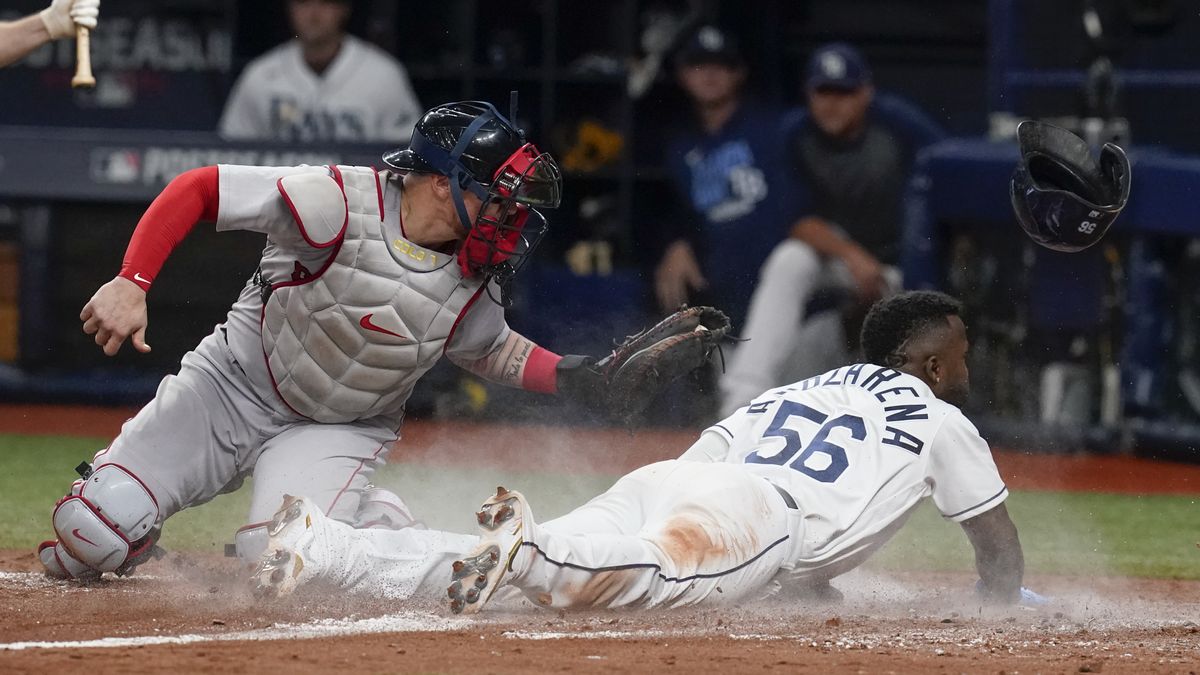 And what a weekend it is.

It’s starts today with four – that’s as many as Homer Simpson has fingers on his left hand – playoff baseball games. The best of those? That would be in San Francisco, where the 106-win Giants host archrivals Los Angeles, who won the wild card game with a walk-off home run. That National League contest begins at 6:30 on TBS.

If baseball isn’t your thing, there is college football tonight, three games that finish with Arizona State hosting Stanford in Tempe. Both schools are coming off big Pac-12 wins last week, the Cardinal over then-No. 3 Oregon and ASU over UCLA in the Rose Bowl.

There is the usual slate of college football Saturday, with a lot of so-so matchups as well as a surprise or two. The best of the best? Fourth-ranked Penn State at No. 3 Iowa. That’s the Fox game at 1, the same time Washington State hosts Oregon State on the Pac-12 Network. But if tradition is your thing, then sixth-ranked Oklahoma and unranked Texas kick off the day on Fox at 9 a.m. 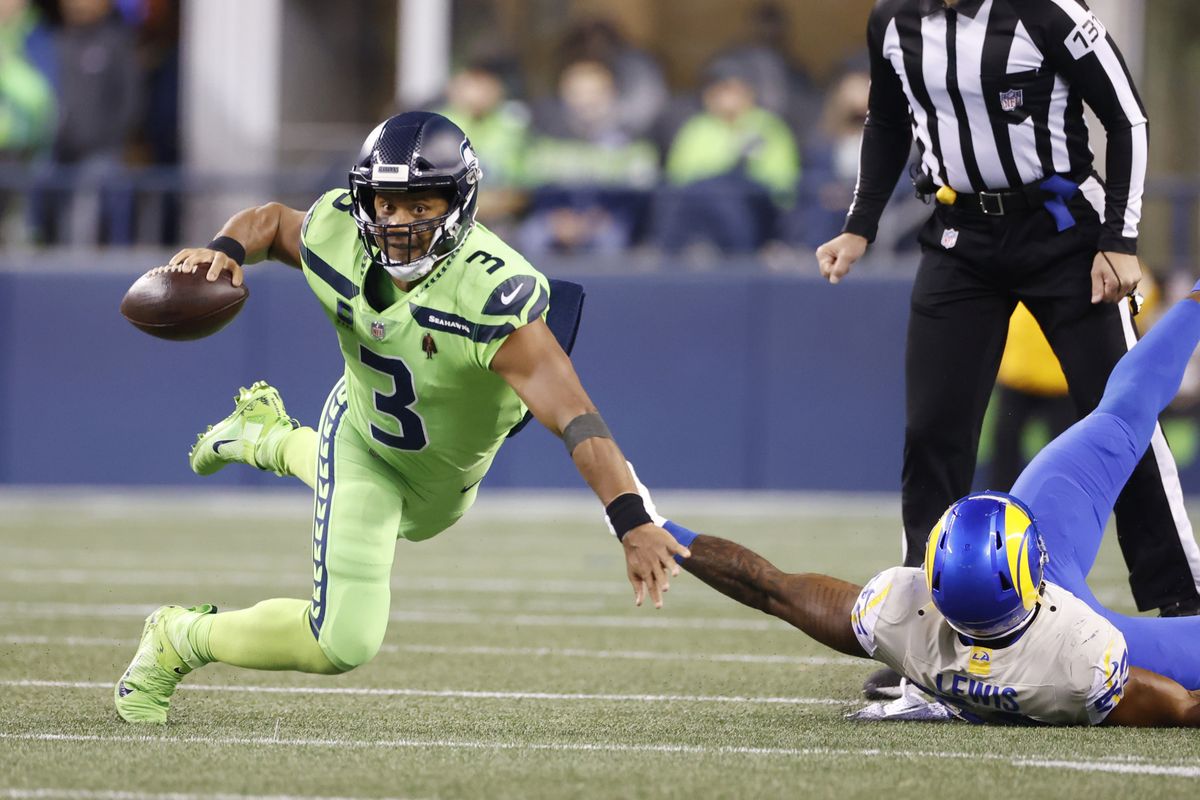 Sunday is weird, though. With the Seahawks having played Thursday night – a deflating 26-17 loss to the Rams that may have cost Seattle the services of Russell Wilson for a while – there is no game to build the day around.

Or, if you want to be a glass half-full person, then no game to disrupt your TV watching. For those of you with the NFL on a pedestal, it’s a great day, starting at 6:30 in the morning. Yep, there’s a game in London. Those British fans get to experience the best of the NFL with – checks schedule – the New York Jets playing the Falcons on the NFL Network. Oh, sorry. We’ll try to do better next time.

The afternoon and evening is better, with the 49ers facing the undefeated Cardinals at 1:25 on Fox and Kansas City hosting Buffalo at 5:20 on NBC.
That’s when the American League returns, of course, with the Rays and Red Sox starting at 1 on MLB and Astros-White Sox on FS1 at 5.

As we said, it’s a packed weekend. Even without the Hawks. 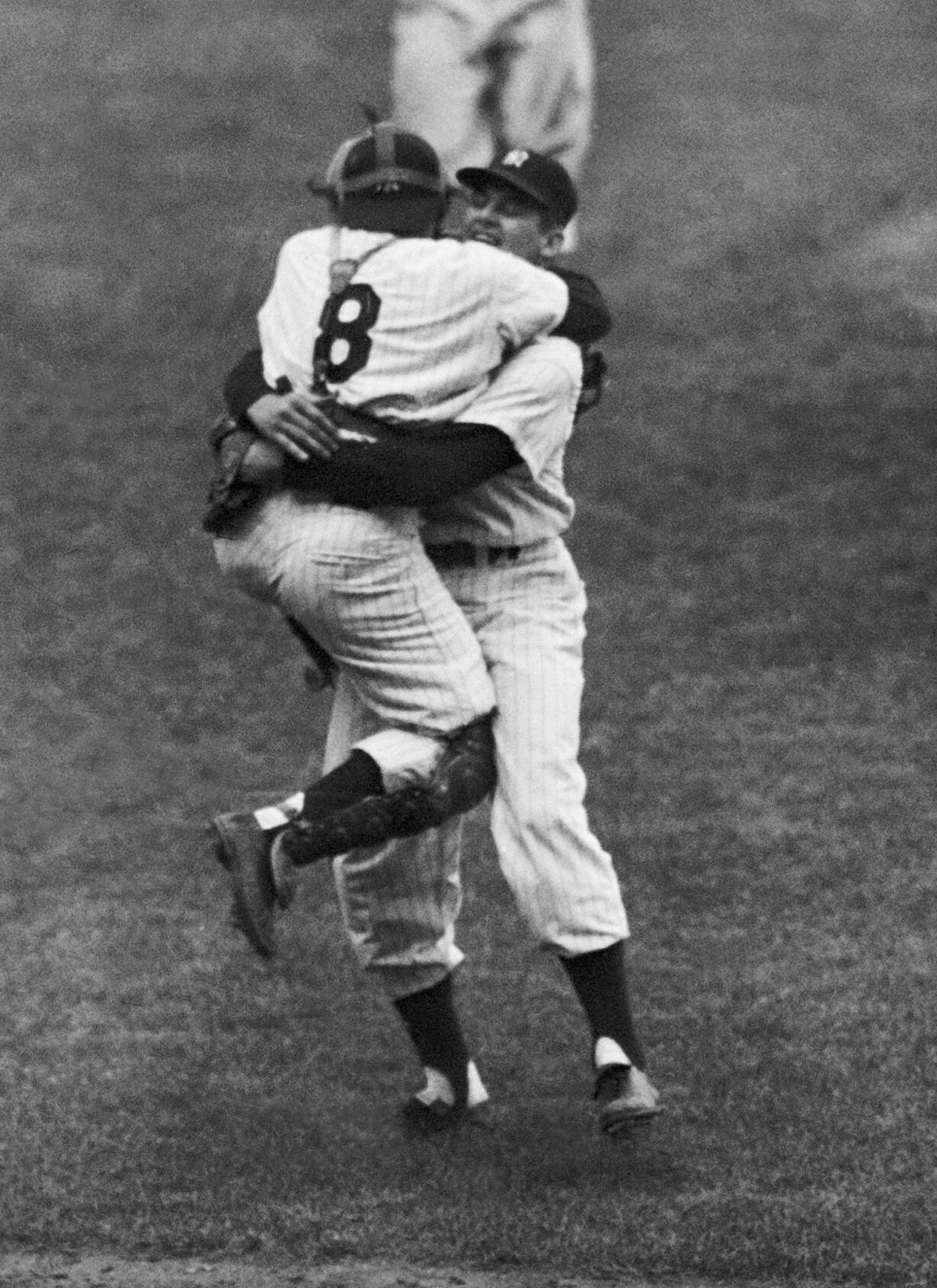 • Is your birthday intertwined intimately with a sporting event? Mine is. Actually, not just the date but the day. Most of you long-time readers will know this. I was born on the day Don Larsen, the former Hayden Lake resident who died in 2020, shocked the baseball world with the World Series’ only perfect game.

Yep, Oct. 8, 1956. Yogi Berra jumped into Larsen’s arms and my mom saw her only son for the first time. One of those two events have lived in the sporting world’s consciousness ever since.

For a baseball-crazed boy, and his father, the confluence seemed preordained. As was the boy’s future. Alas, it was not to be. Don Larsen may not have been any more than a journeyman pitcher who caught lightning in his glove one day but he was still miles ahead of the birthday boy’s baseball abilities.

(As an aside, only one major league player, as far as I can tell, was ever born that day: Jeff Lahti, another journeyman pitcher with the St. Louis Cardinals. And, in one of those weird confluences of baseball, Lahti pitched on the same 1985 Cardinal team as Todd Worrell, a person I caught while growing up in Southern California.)

Still, Larsen’s feat and my own – being born, probably the harder deal – have been interconnected seemingly forever. Or at least until today. 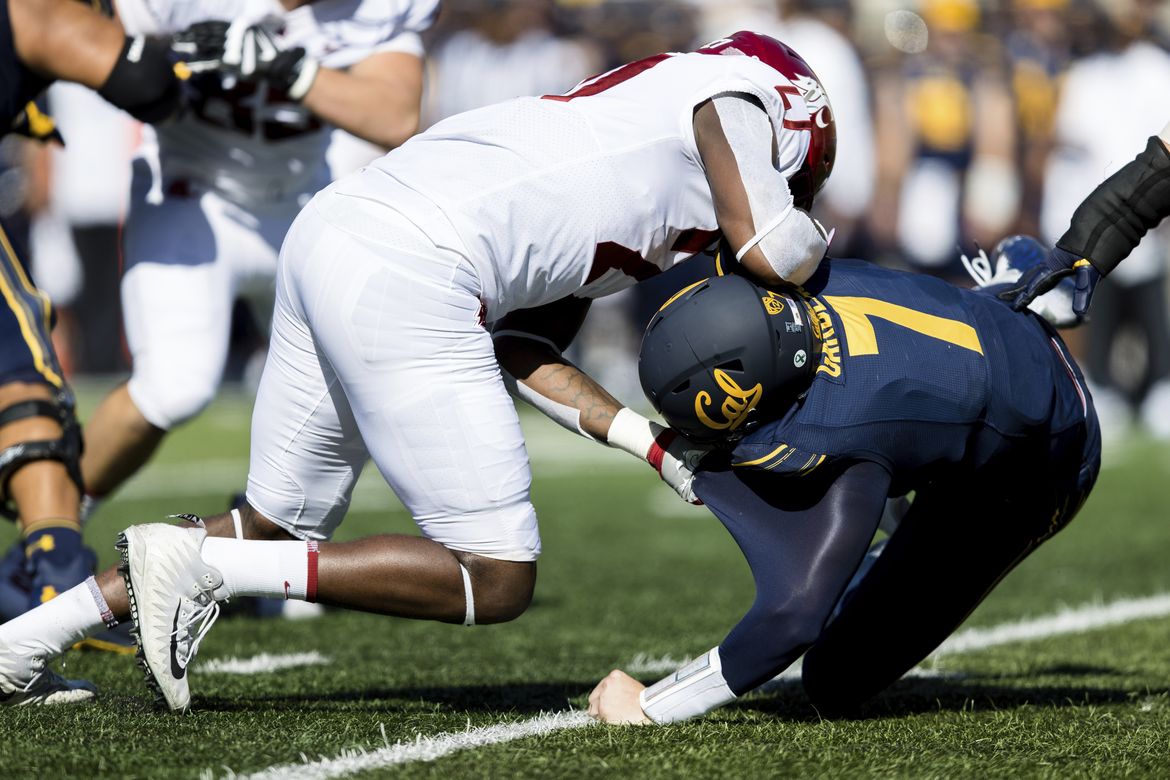 WSU: Offense or defense. Take your pick. Colton Clark highlights the defensive side of the ball this morning, looking at how much the edge rushers have improved this season. … Theo Lawson takes the offensive side of the ball, tracing Calvin Jackson’s TV-highlight catch from last week back to his TV days on “Last Chance U.” … Jon Wilner covers both sides, with his explanation of how Nick Rolovich would have to play defense if Washington State decided to take the offense concerning the coach’s vaccination status. … Wilner also has his week’s picks in the S-R and a preview of the weekend in the Mercury News. … Through the efforts of his family, Tyler Hilinski’s legacy has become synonymous with athlete’s mental health. That’s a good thing. … Jonathan Smith has taken Oregon State from the bottom of the conference to the top of the North in only a few years. … Elsewhere in the Pac-12 and college football, Washington wide receiver Jalen McMillan is a talented athlete. … Oregon found out it lost a couple players for the season, including CJ Verdell. But other Ducks, and an assistant coach, are getting a bit healthier. Anthony Brown Jr. remains the choice at quarterback. … If anyone can lead Colorado out of its slump, it is Nate Landman. … Utah had a troubling bye week. Now the Utes face the challenge that is USC. … … Arizona State is in trouble with the NCAA over recruiting issues during the COVID-19 pause. But those problems are not the first time the Sun Devils had an issue with the organization during the pandemic. Stanford is different type of issue to face and that’s tonight. … UCLA is just the latest challenge Arizona faces. The Wildcats haven’t overcome one in a long time.

Gonzaga: The Kraziness in the Kennel is Saturday and the Zags expect another full house for the event. Jim Meehan explains why that is different and looks back at when it was the norm. 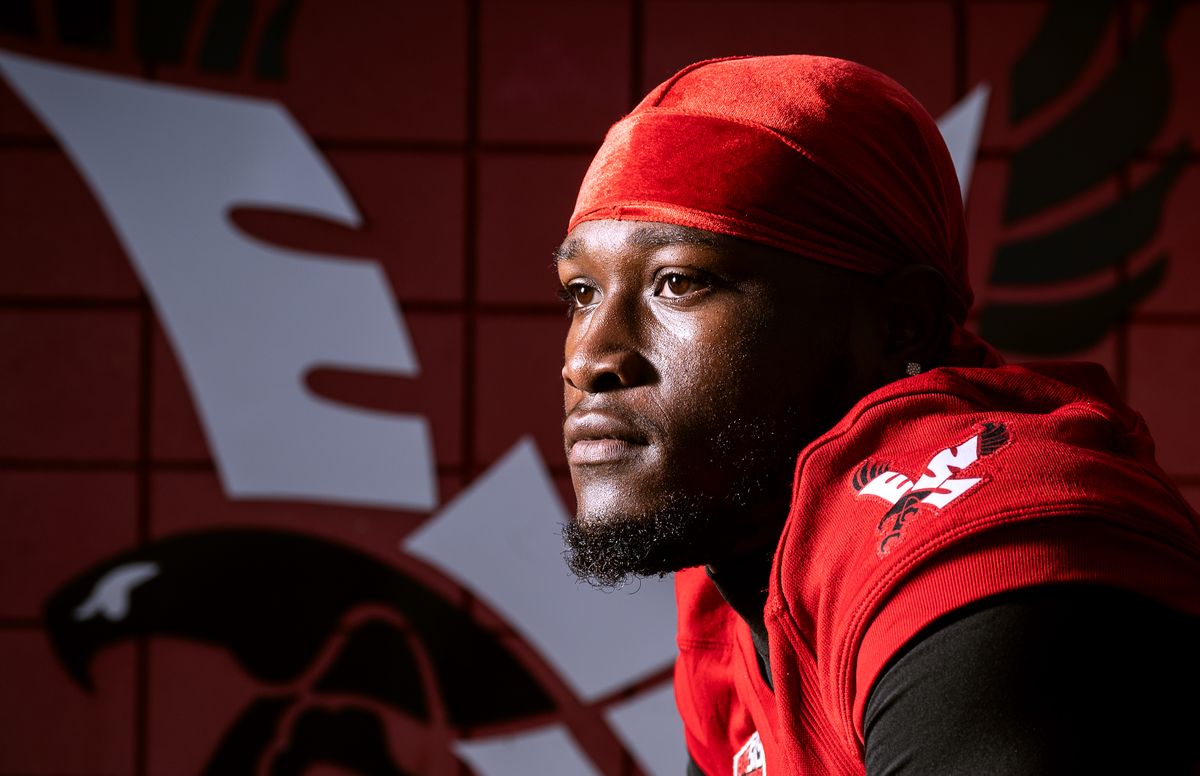 EWU: Montana invaded Cheney last Saturday with a bunch of FBS transfers. Eastern has some as well but one, safety Ely Doyle, who played at Arizona State, really stood out. Dan Thompson has a look at what Doyle has meant to the defense this season. … Northern Colorado knows it has its hands full with the Eagles. … Around the Big Sky, Cal Poly may not be much of a challenge for Montana State. … Montana matches up well with Dixie State. … Idaho State has one special linebacker.

Idaho: The Vandals hope to begin to turn their 1-3 season around tomorrow when they host Portland State. To do that, Idaho will need Mike Beaudry to step up and grab the quarterback position by the throat. Peter Harriman has more in this story. … The Kibbie Dome. That is all. Other than to say the ESPN story is a fun read.

Whitworth: We’ve been highlighting this game for a while, since long before the season began. Saturday, the 3-0 Pirates travel to Linfield to face the 4-0 Wildcats.

Preps: It was a busy Thursday night and Dave Nichols has a roundup of all the action. 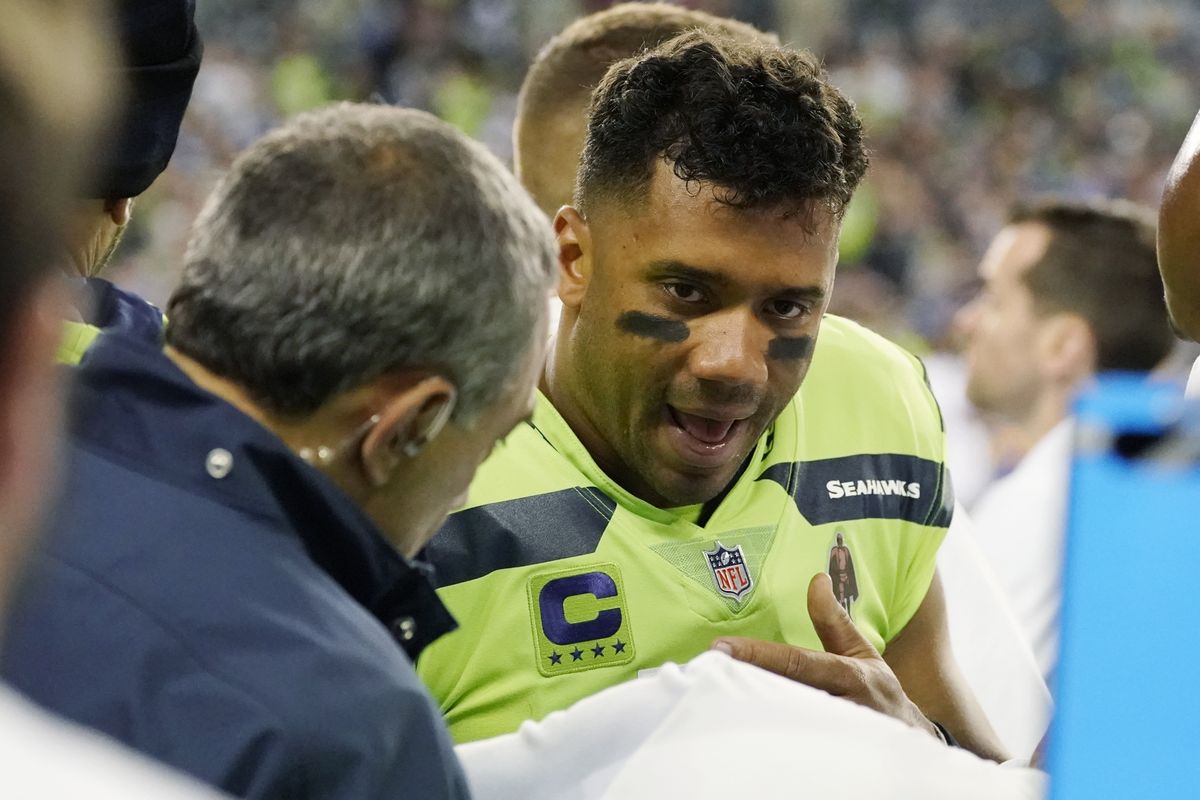 Seahawks: We mentioned the Hawks above but we didn’t delve into the issues. Like Wilson’s dislocated finger on his throwing hand. Or the double punt. Or Jason Myers missing his second consecutive field goal, a miss that changed the game. Or Alex Collins inexplicably veering from a well-blocked hole on an early fourth-down run, a decision that also cost the Hawks points. Seattle had plenty of opportunities before Wilson’s injury. … The defense just wasn’t good enough again. Jamal Adams is a big part of that. … Gerald Everett didn’t play last night and Pete Carroll wasn’t happy about why he was kept out. … Geno Smith had an opportunity due to Wilson’s injury and he did some good things. 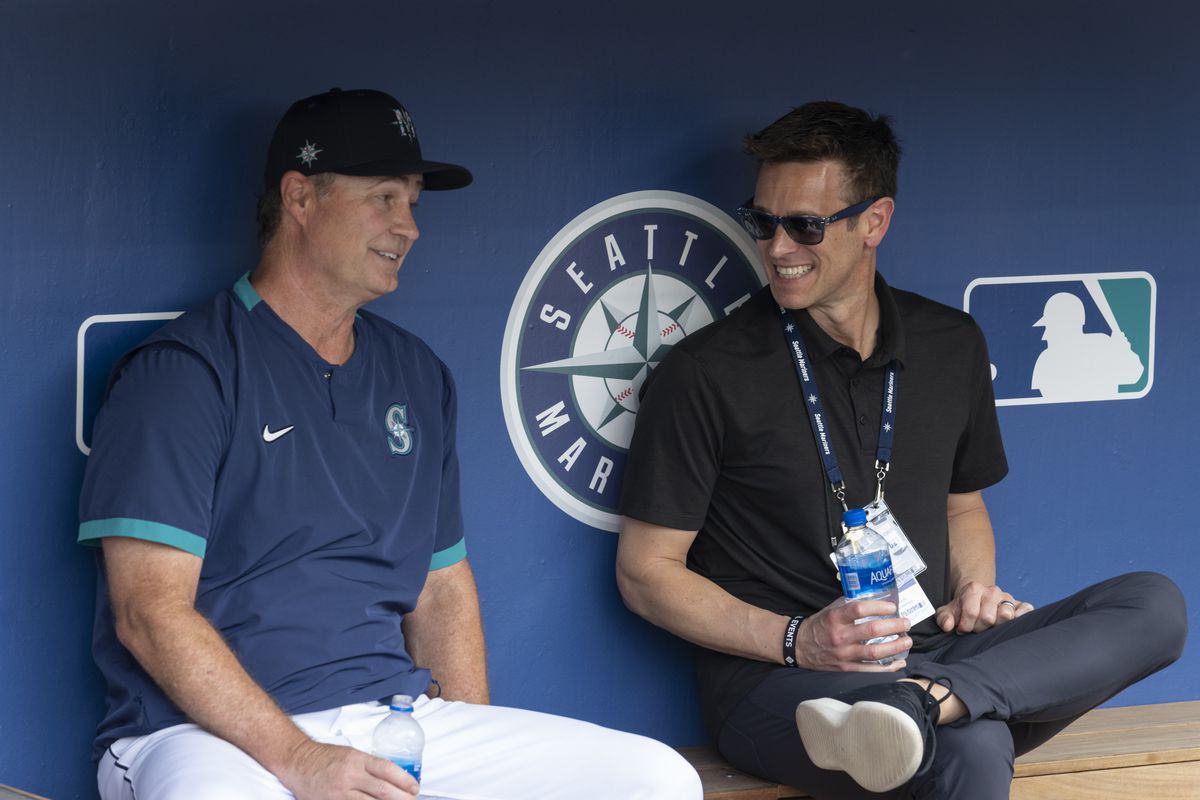 Mariners: Jerry Dipoto and Scott Servais met the media yesterday to summarize the season. But that wasn’t what was important. The key questions concerned the offseason. And, specifically, if ownership would invest more money into helping the team succeed. Dipoto said the answer was yes, though he wouldn’t specify how much. …The successful American League teams continued to play last night, with Tampa running past the Red Sox and the Astros shutting down the White Sox.

Kraken: How good will Seattle be? Middle of the road. At least the Kraken start that way. … If you don’t understand the NHL’s awards, here is a primer.

• Most other people I share a birthday with are pretty funny in their own way. Chevy Chase. Darrell Hammond. Bruno Mars. Matt Damon. Sigourney Weaver. Over the years, they have all supplied a good laugh now and then. Until later …