A GRIP ON SPORTS • What else is there to think about on a Saturday morning in October besides college football? OK, we’ll throw in some high school as well and then a bit of baseball but, really, fall Saturdays are for Homecoming and such.

• The Washington State flag was waving this morning. Lee Corso was mumbling. Pithy signs filled the screen. Saturday is underway.

The Cougars are hosting Oregon State in their Homecoming game. We’ve been in Pullman on such occasions when it has rained and Martin Stadium emptied out at halftime. Rain won’t be in the mix today but if the Beavers’ running game gets revved up, the latter might just happen. 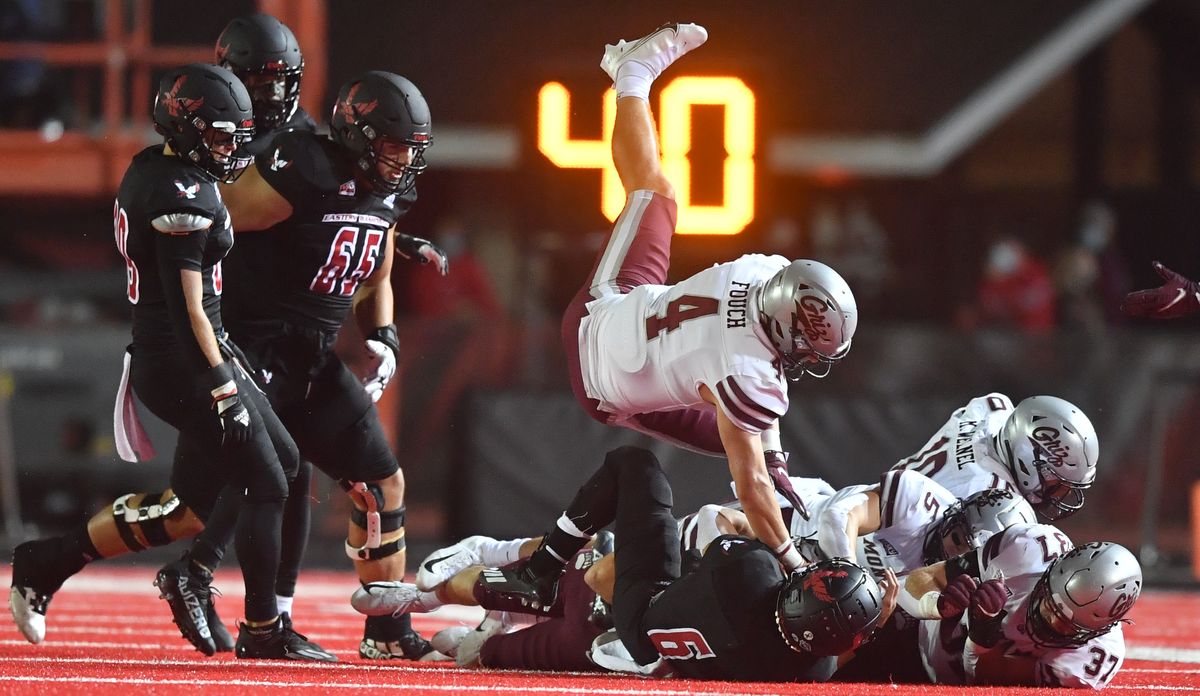 Idaho is also at home, also holding Homecoming and also facing what, on paper, may be considered a superior opponent, Portland State. It could be a day of upset-fueled euphoria on the Palouse or an evening in which the area alums are drowning their sorrows.

Eastern Washington and Whitworth are on the road, the Pirates playing the most important game on their schedule – at Linfield – and the Eagles trying not to have a letdown after the national televised win over Montana.

• The national schedule doesn’t feature any intersectional showdowns but the battle between third-ranked Iowa and No. 4 Penn State holds some interest – in a throwback type of way. And we’re not just referring to the Nittany Lions’ old-school uniforms.

Both teams have built their undefeated records on defense. The game’s over/under is 41, the lowest number on the board this week (or at least on games involving ranked teams).

• We were asked this week about high school football rivalries in the area. My thoughts immediately gravitated to Gonzaga Prep, the big dog in the GSL most of the 38 seasons we’ve been interested. But who would we designate the Pups’ biggest rivals? 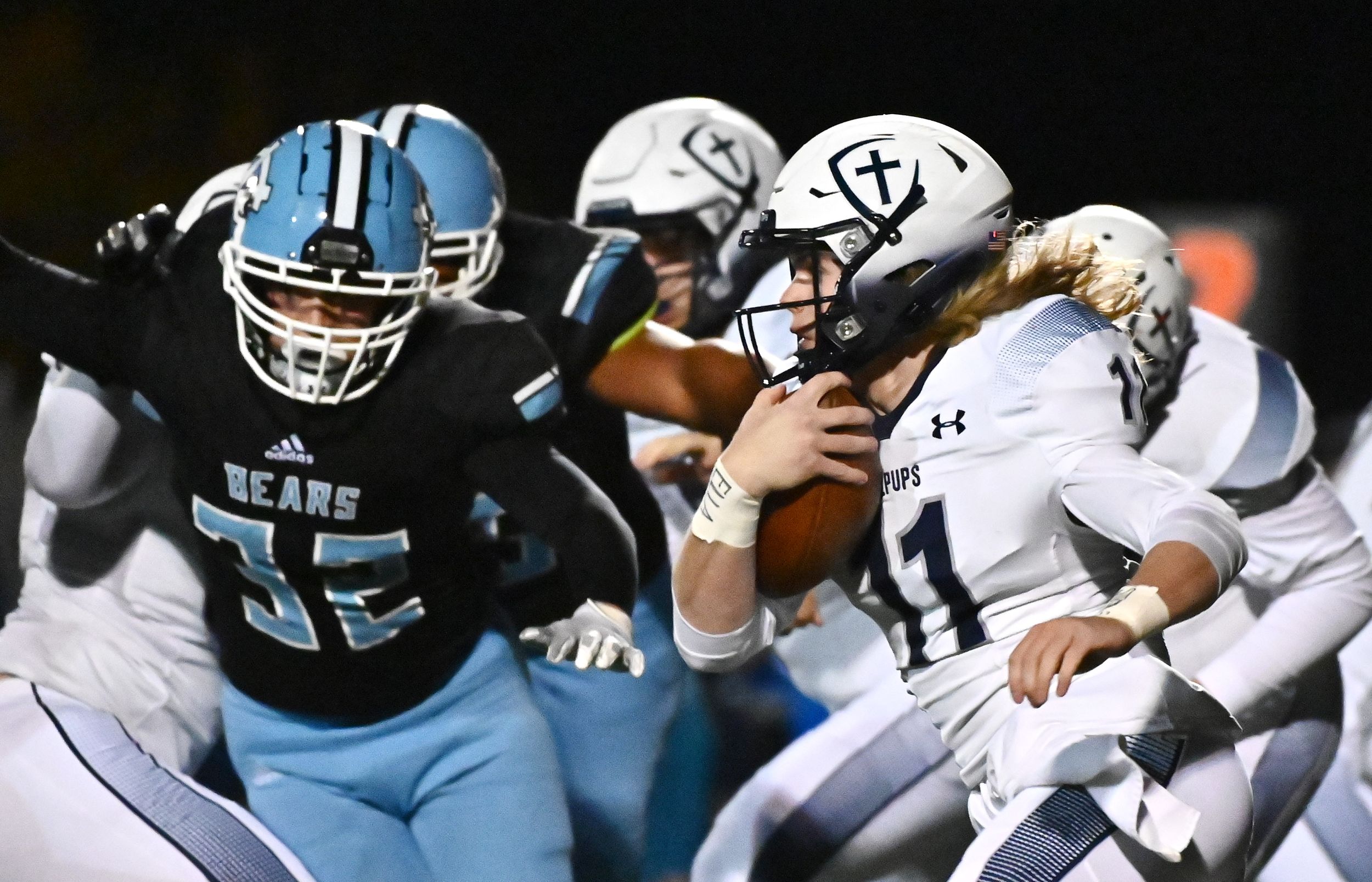 The folks at Lewis and Clark would jump to the front of the line, hands raised. There is a history there that dates backs from before we even crossed the Spokane County line for the first time oh so many years ago. But then again, Rogers and the Pups are just down the street from each other and in the Wayback times, the schools held bloody battles with each other.

In the past few decades Central Valley has ascended to the top of the GSL off and on and to the top of the G-Prep rivalry ranks as well. (Last night’s game got us thinking about some of the epic 1990s battles and how the game was circled on the schedule back when that sort of thing actually happened.)

But there is an air of impermanence about high school football rivalries. Programs ebb and flow, mainly due to attendance numbers and coaching. Rivalries need close, contested games to fuel the heat. If that doesn’t happen, the rivalry cools.

A couple decades back the GSL expanded. It decided to protect rivalry games. Each school submitted the school they wanted to designate their rival. Mead and Mt. Spokane. University and Central Valley. Easy. But there was a pothole. Ferris, atop the South Hill, listed Lewis and Clark. Seems reasonable. Other South Hill school and all that. But the Tigers listed G-Prep. The Pups reciprocated. The league acquiesced. And Ferris’ rival was designated as one of the smaller schools. It just seemed hard to comprehend.

Then again, picking out high school rivalries that have stood the test of time is hard as well.

• We watched a lot of baseball yesterday. From the Astros/White Sox in the early afternoon to the Giants/Dodgers in the evening.

One thing is for sure. In the course of our lifetime – from the first day, actually – the Dodgers have had trouble hitting on our birthday. So last night’s 4-0 result didn’t surprise us. Disappoint us, sure. But surprise? Nope. 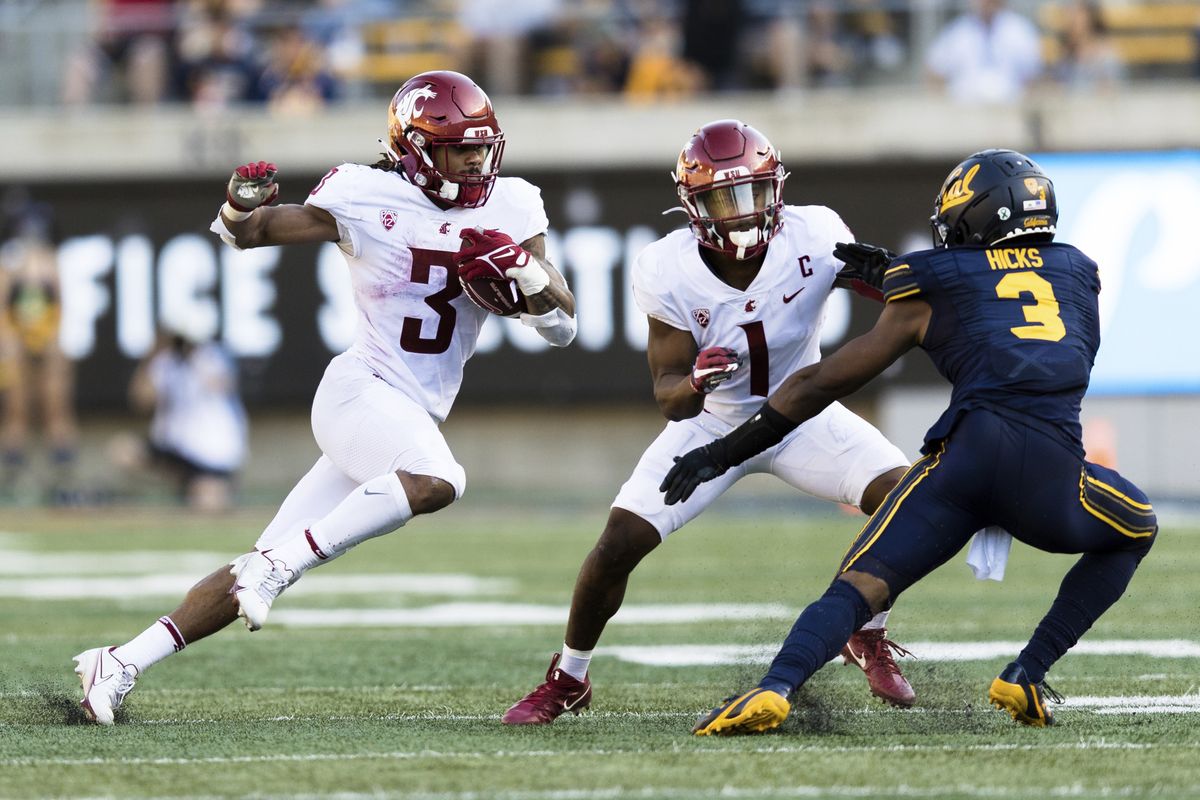 WSU: Who do you think will win today? Colton Clark is going with an upset, as the Cougars, his choice, are a 4-point underdog. … Colton also has his two-minute drill and a preview of the game. Everything you’ll need to read while you stand in line to get your vaccination status approved. … What is the ceiling for Oregon State after its hot start? To reach whatever it is, the Beavers need to win today in Pullman. The game kicks off at 1 p.m. on the Pac-12 Network. … USA Today has a story today that talks with former coach June Jones, who is close with Nick Rolovich. Jones says Rolovich cited a religious exemption for not getting the COVID-19 vaccine. … Elsewhere in the Pac-12 and college football, Jon Wilner answers questions in this Mercury News mailbag. … The weekend kicked off last night in Tempe, as Arizona State played an exceptional first half and coasted to a 28-10 win over Stanford. The Cardinal, who are in Pullman next week, played as if Mike Leach was calling the plays, gaining just 13 yards rushing. The Sun Devils might be the conference’s best team right now. (If it isn’t BYU.) … Can Utah overcome all that has happened and find a way to get past host USC? The Trojans hope to play a more consistent game. … Arizona may be the worst team on the West Coast. But that doesn’t mean UCLA can’t be had in Tucson. … With four teams having byes, including Colorado, Oregon and Washington, the schedule is light. … In basketball news, the way Tommy Lloyd does things at Arizona is different. Knowing Tommy pretty well, we would not have expected anything else. … Colorado has to figure out who will rebound this season. 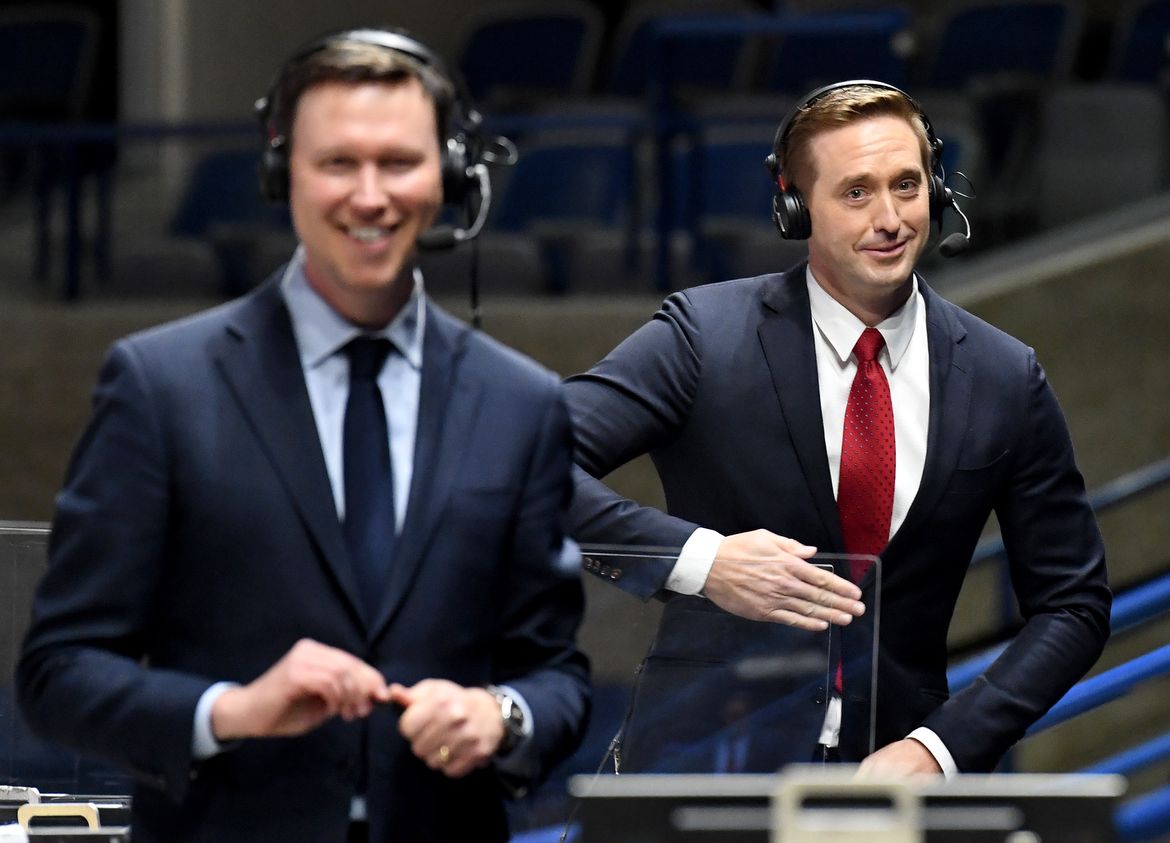 Gonzaga: About a third of the Zags games will be on ESPN this season. The self-proclaimed WorldWide Leader announced that schedule yesterday. Jim Meehan studied it, delved into the record books and came up with this story. … By the way, today’s Kraziness in the Kennel will be on SWX’s live stream at 1 p.m.

EWU: Dan Thompson has three things for you to watch in the fourth-ranked Eagles’ game at Northern Colorado. The Bears’ defense has been solid this season. … Around the Big Sky, UC Davis is playing indoors for the first time this year. The Aggies are at Idaho State. … Montana State dedicated a new athletic facility before today’s matchup with Cal Poly. … Montana shouldn’t have a problem with Dixie State. … The Grizzlies celebrated 1995 again.

Idaho: Peter Harriman also has three things to watch if the Vandals are going to defeat Portland State. 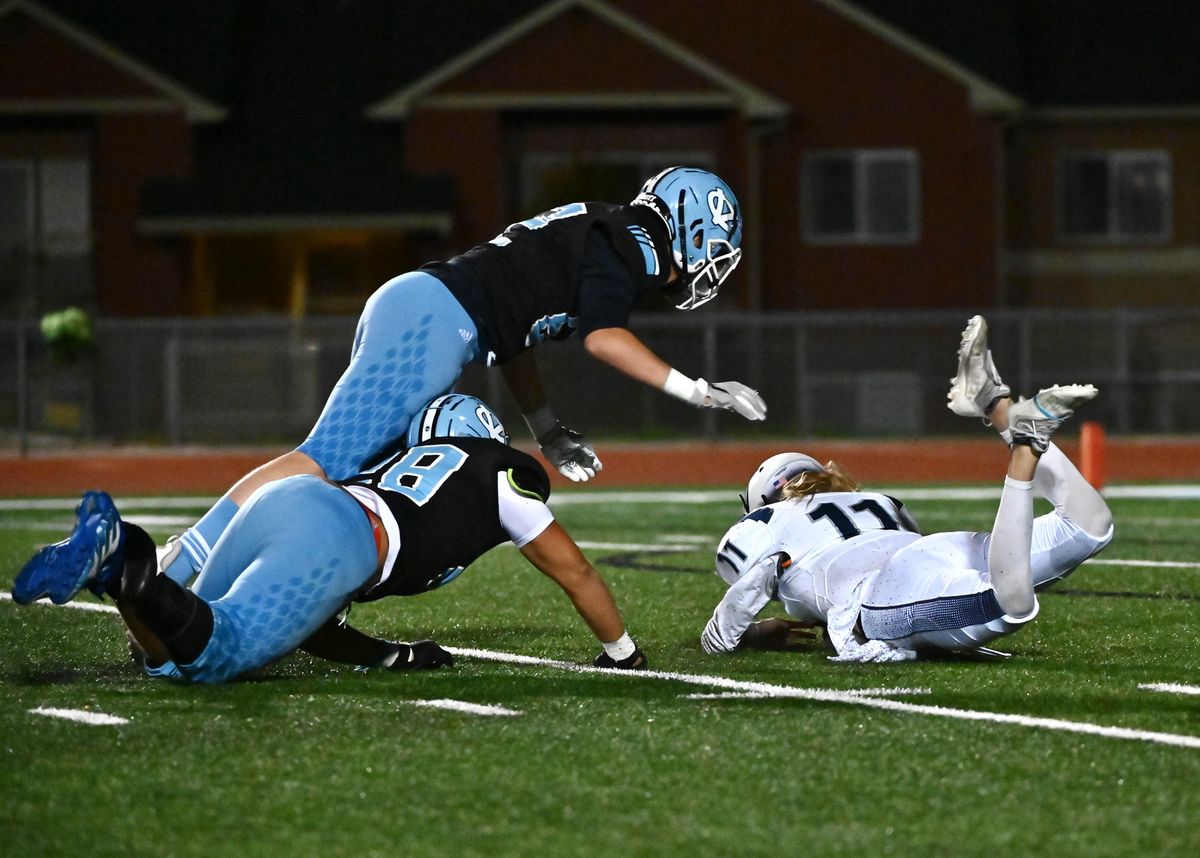 Preps: The Pups haven’t been tested this season, though CV game them a challenge early. Still, as Dave Nichols relays in this story, G-Prep rolled to a 35-7 win in the Valley. James Snook adds a photo gallery. … University handled Lewis and Clark 21-17. Steve Christilaw has that game story. … Dave returns with a roundup of the other football games in the area.

Chiefs: Spokane has yet to win a game, losing last night 5-3 to Seattle. Kevin Dudley has the story. 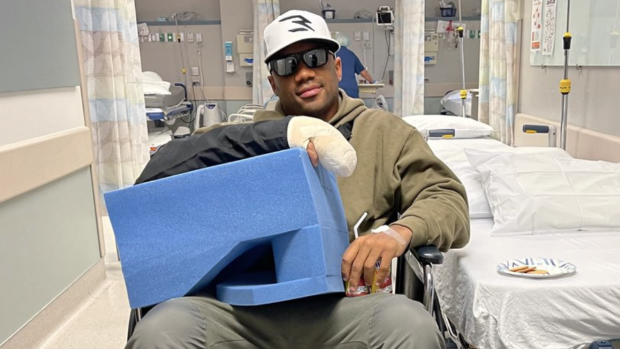 Seahawks: If you breathlessly scanned social media yesterday concerning Russell Wilson’s finger, it took a while before Russell let you know he was on the mend. But not until he had surgery in Los Angeles, something the team finally acknowledged late in the day. He will be out a couple months. The season seems over, doesn’t it? … That’s not the only thing that has Pete Carroll ticked off. … Jamal Adams’ play isn’t one of them, though. Carroll stayed positive concerning the league’s highest-paid safety. … When will Chris Carson be back? Carroll doesn’t know. 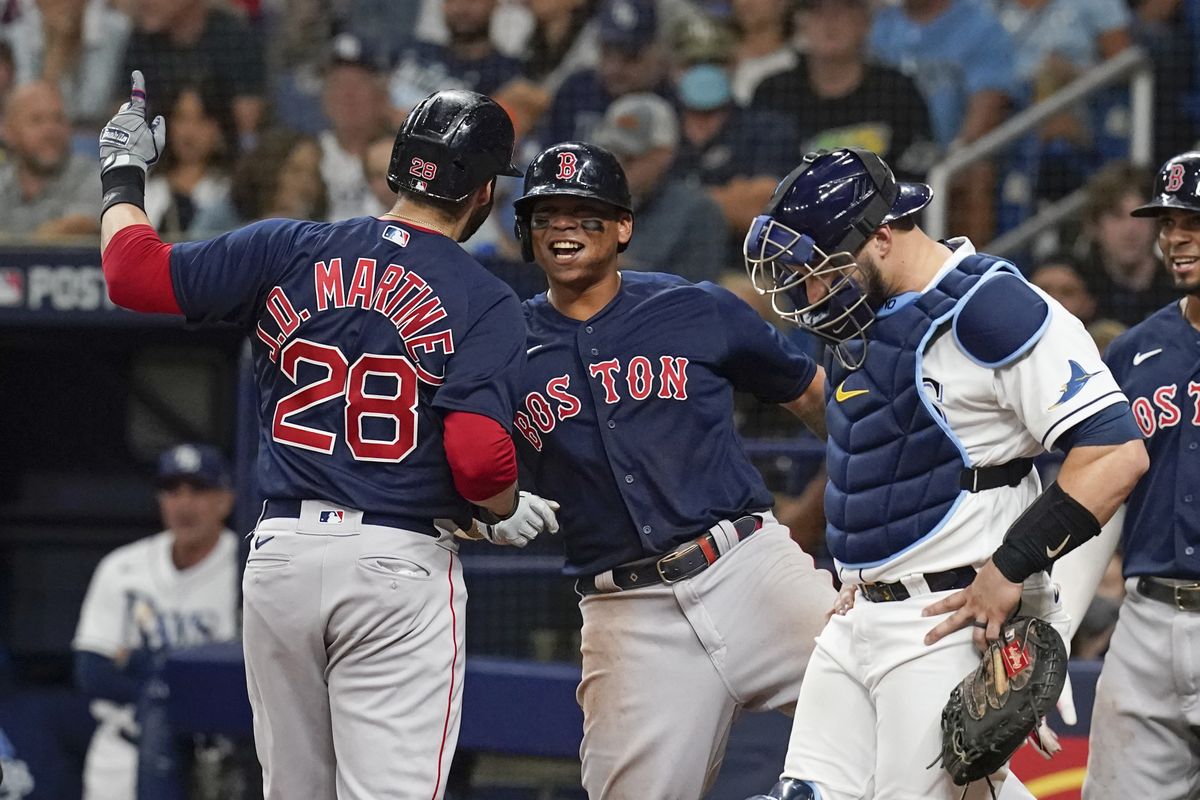 Mariners: Seattle stayed in the race by believing in each other. … The Astros have a 2-0 lead over the White Sox. … Boston evened the series with Tampa by pounding out five home runs. … As we said, the Giants shut out Los Angeles. … One bad pitch cost Charlie Morton and the Braves in a 2-1 loss at Milwaukee.

Kraken: There are reasons for fans of the expansion team to have hope. And a couple of issues to overcome as well.

Sounders: Young, yes. But a pair of Seattle teenagers are not competing like they are.

• The heater had to work pretty hard this morning. It was cold in Spokane last night. And, thanks to that, the trees have really started to change colors. Even if there were not dozens of college football games on TV, you would know. It’s fall all right. Until later …