A GRIP ON SPORTS • Enough of that. Enough of having a Sunday without a Seahawks game. We don’t need anymore. Wait, what’s that? You say there are three more between now and the end of the season just like it?

• Yes, there are. Of the 18 Sundays earmarked for NFL football between mid-September and the second weekend of January, the Seahawks will not play on four of them. Yesterday was just the first of many.

Talk about disrupting our rhythms. 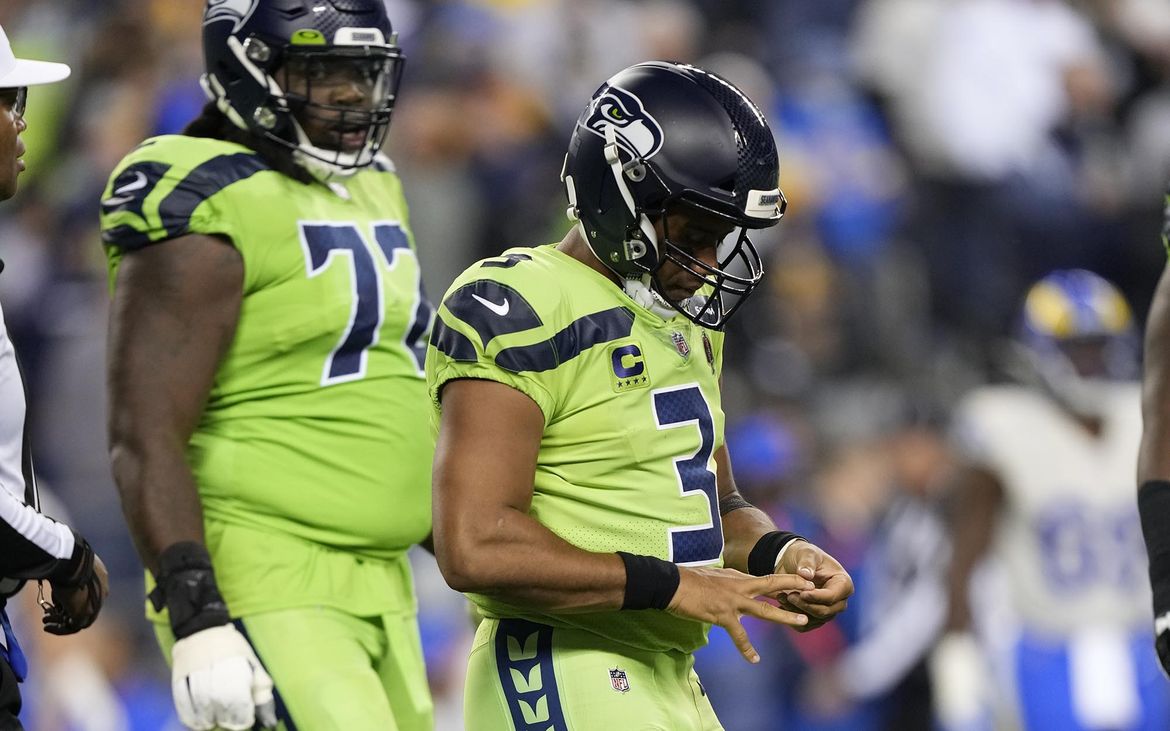 The Hawks play next Sunday in Pittsburgh. Then we get another Sunday of only RedZone (or some game that includes Philadelphia or Jacksonville or, for sure, Dallas). That week, Seattle is featured on Monday Night Football, hosting the Saints.

The first Sunday of November is free as well. That’s the Hawks’ lone bye week. But the last Sunday of that month is also free. Seattle is in Washington that weekend. Not visiting the sites. Nope. The Hawks play The Football Team on Monday night.

Heck, as of now, even the first Sunday of December will be free during the day. Seattle and San Francisco are scheduled to meet that night at Lumen Field. But if the 2-3 Seahawks and the 2-3 49ers continue on their current path, expect that game to be flexed out of the time slot.

And our Sunday afternoon to be filled once again.

• Without the Hawks on yesterday, the RedZone became really popular in this house. And once again we were amazed with how much fun it is.

It’s not just the touchdowns, though everyone is shown. And it’s not just the missed field goals, though, honestly, we can’t say for sure all of the misses in the Bengals/Packers game were covered.

It’s perfect for times like late yesterday afternoon when games are pretty much over but the Chargers’ amazing comeback against the Browns was the only game left.

How else would we have seen the Cleveland defense actually carry Austin Ekeler into the endzone, when the L.A. running back had intended to kneel at the 1-yard line to set up the game-winning field goal? The touchdown, while giving L.A. a five-point lead, was actually better for Cleveland than the Chargers running the clock down and winning at the horn.

Unless, of course, Mason Crosby had somehow switched teams.

• Baseball’s rulebook is thicker than a Stephen King novel. And yet, one finds plays crop up that defy the odds and aren’t really covered correctly. 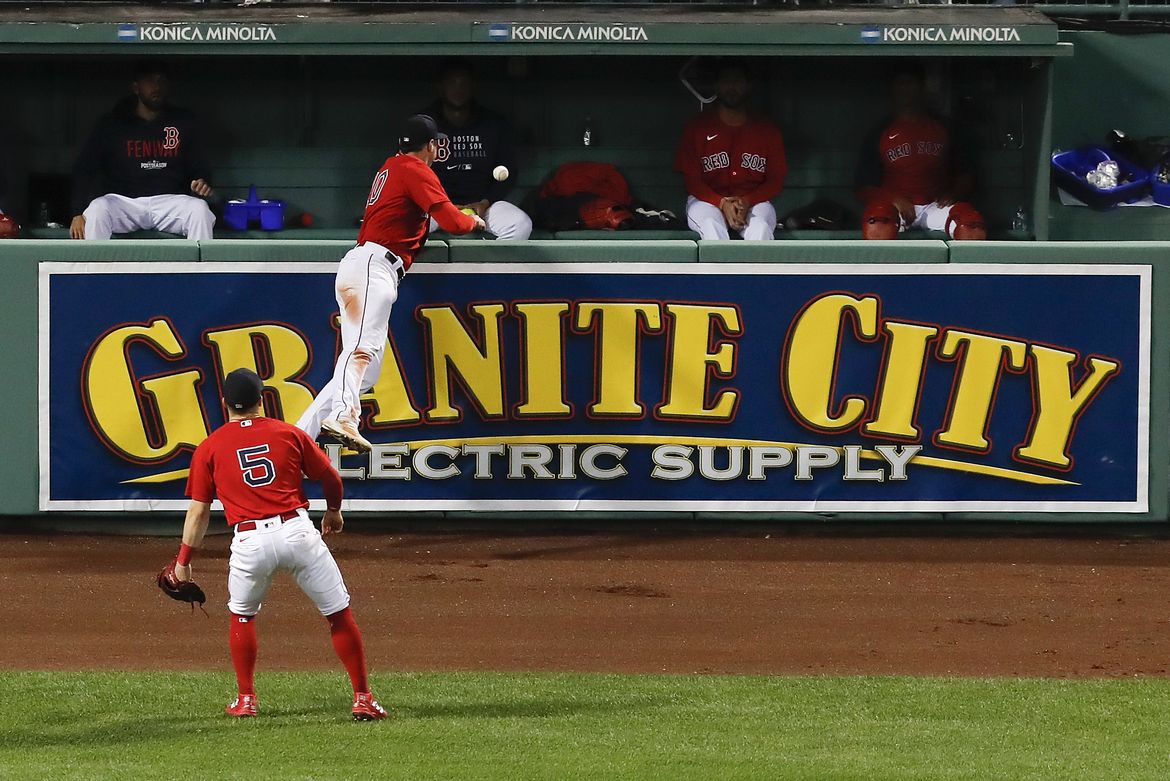 If you happened to see Kevin Kiermaier’s long drive to right field bounce off the fence, then hit Hunter Renfroe and bounce back over the wall, you know what happened. The umpires proclaimed it a double, by rule, and sent Kiermaier to second. Fine. But Yandy Diaz had been on first, was running with the pitch and already reached third when the ball hit Renfroe some 400 feet away.

The rule says Diaz has to go back to third. No “wait-a-minute, he-would-have-scored” allowed, even if it were true – and it was. Why? Because baseball’s rule makers try to avoid any gray areas and, by doing so, make such weird plays 50 different shades of gray.

If the umpiring crew had any discretion, they would have allowed Diaz to score. They would have ruled there was no chance the Red Sox could have thrown him out at the plate if the ball had stayed on the home-plate side of the fence. And rightfully so.

But they couldn’t, so they didn’t. When Christian Vazquez lifted a fly ball over the Green Monster a few minutes later, Boston ended up winning 6-4.

And everyone who lives outside of the Boston metroplex shook his or her head in disguist. 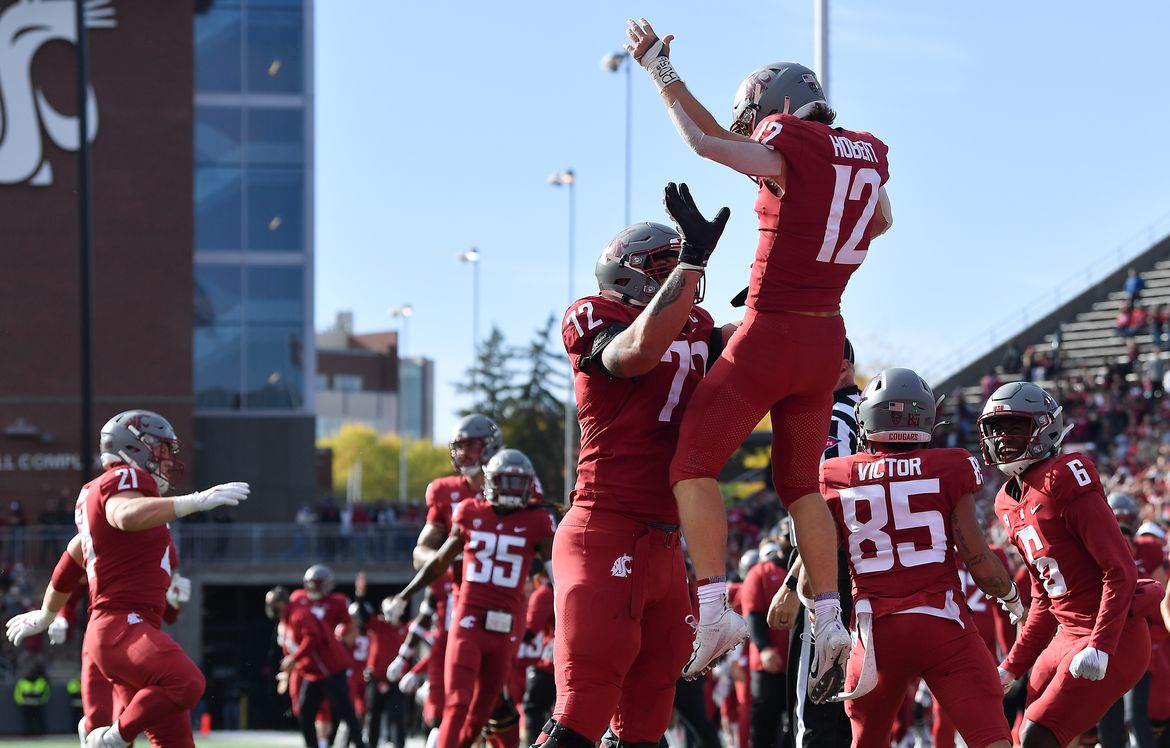 WSU: Maybe you used your free time Sunday to re-watch the Cougars’ 31-24 win over Oregon State. Colton Clark did and he has these thoughts in his weekly rewind of Saturday’s game. … The Cougars edged out Arkansas State, Florida Atlantic and Middle Tennessee State for a commitment from Florida high school defensive back Javan Robinson on Sunday. Colton has that story as well. … The New York Times wrote about Nick Rolovich’s vaccination status. … Elsewhere in the Pac-12 and college football, Jon Wilner rewinds the conference’s weekend in the Mercury News and explains his poll ballot. … Who will represent the Pac-12 in the Rose Bowl? Right now the smart money is on Arizona State. … Washington isn’t on the path it hoped to be on when Jimmy Lake replaced Chris Petersen. … Oregon State has been on a great path. … Oregon will stay the course at quarterback as the Ducks return after their bye week. … Colorado’s Nate Landman is doing what he does as a senior. … Was Utah’s win Saturday at USC one of the most impressive in the school’s history? Considering what’s happened to the program recently, the answer is yes. … Chip Kelly may be under the blow dryer at UCLA but the heat will fade if the Bruins keep winning. … It is a bye week at USC as the Trojans search for answers. … A bad year gets worse at Arizona as the Wildcats lose their starting quarterback for the season. 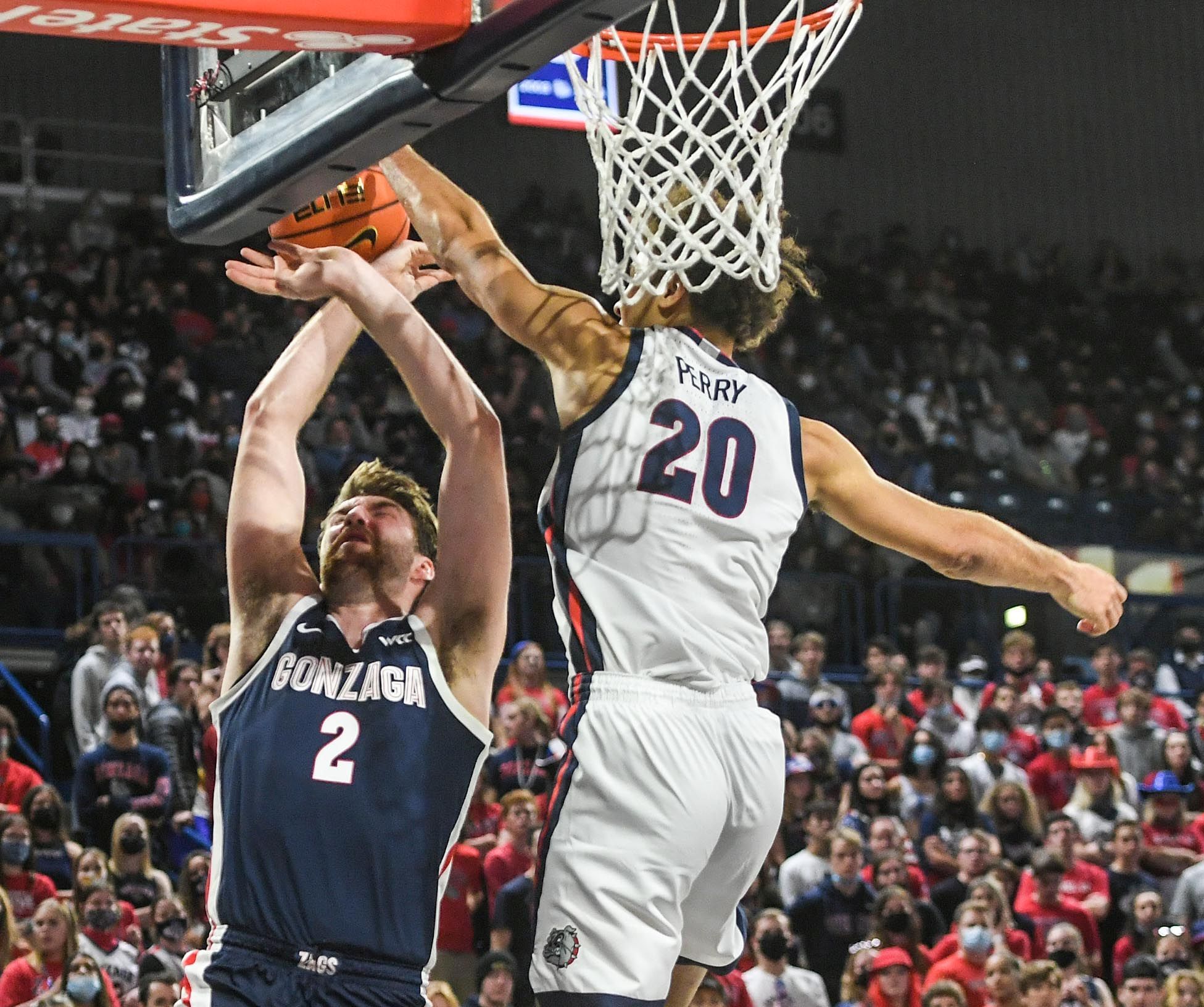 Gonzaga: Anyone who had a chance to watch Kaden Perry play while in high school knew he was explosive. Now Gonzaga fans know it too. Theo Lawson has a look back at Saturday’s Kraziness in the Kennel, with Perry’s standout moments the main focus.

EWU: Kendrick Bourne seems to have found a home in New England. The former Eastern receiver had another good day with the Patriots. His three-catch performance leads Jason Shoot’s look at the play of local standouts in this week’s NFL games. …  Around the Big Sky, Montana was dealing with a lot of injuries against Dixie State but was able to overcome then.

Preps: The number of officials in all sports are down this year and may fall further.

Chiefs: Jason also has this story on Spokane’s 3-0 loss at Portland. 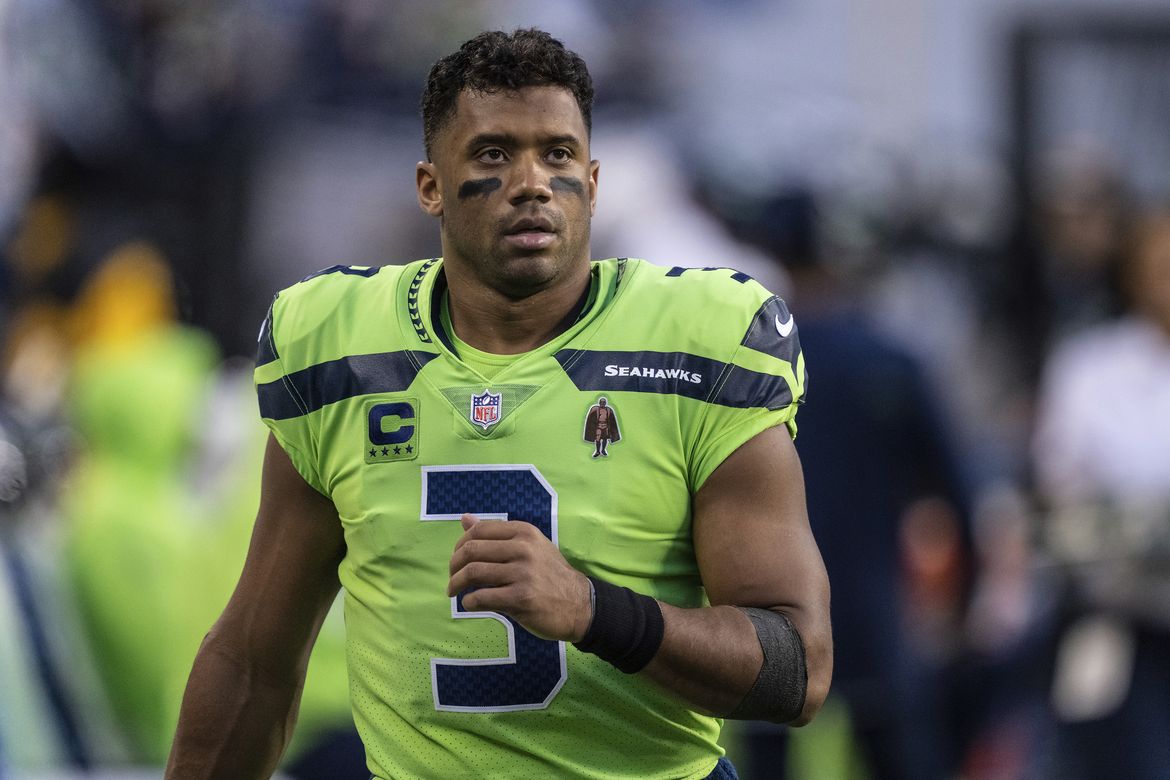 Seahawks: A couple of stories Sunday indicate Russell Wilson may only miss three games and return after the Hawks’ Nov. 7 bye. That would seem to be a best-case scenario for Seattle. … How should Seattle use Jamal Adams? Not like he’s been used recently, that’s for sure. … With Arizona at 5-0, Seattle is already three games back in the NFC West.

Mariners: Not only did the Red Sox win after a hard-to-understand ruling, so did Chicago. The White Sox kept their hopes alive against Houston.

Kraken: Expansion these days is different than it was in the days of, say, the Seattle Pilots or Mariners.

• According to the app on my phone, it was at least 29 degrees in Spokane last night. Cold. Downright freezing. Except it doesn’t seem that way at my house. At least not when I stepped out the back door to let the puppy use the facilities. But I’m guessing the tomato plants are toast. To be honest, it was an awful year. I may have to rethink my entire Farmer John motif next spring. Until later …