A GRIP ON SPORTS • Over the years, we’ve witnessed quite a few crowded Saturdays in these parts. Heck, when the boys were young, almost every Saturday seemed to be non-stop “fun.” But that was personal. Yesterday was public. And the action never seemed to slow.

• Where to start? How about Pullman, what with a football game that Washington State dominated followed by a postgame that had an air of finality to it. 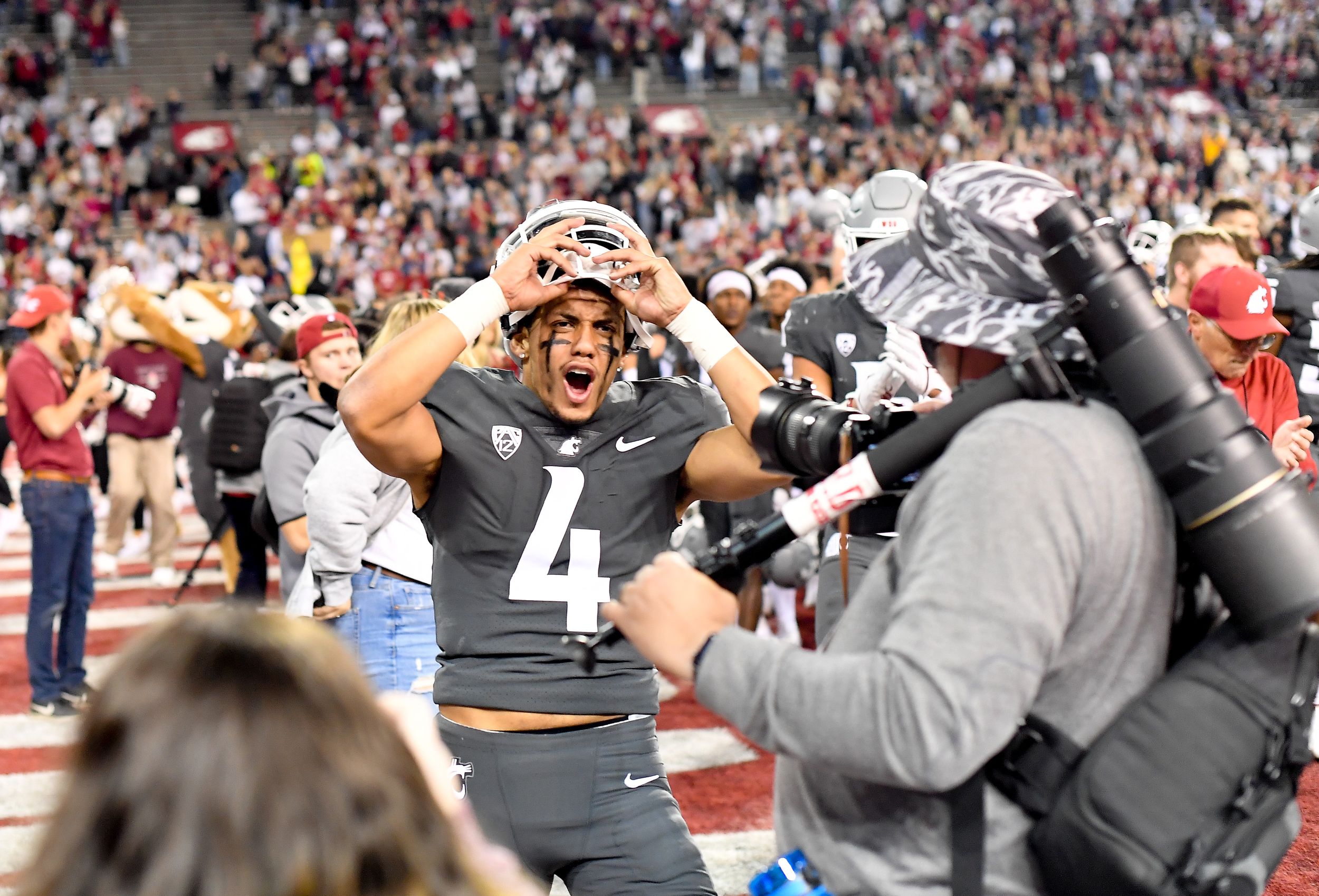 You may look at the score, see the Cougars had to score late to win 34-31 and ask yourself what this idiot is talking about. Dominated? But, after the first quarter, it was actually true.

Stanford was the better team for the first five possessions, three on offense and two on defense. Then WSU took over the mantle. And held it. Until as poor a pass interference penalty as you have ever seen turned the game in the Cardinal’s favor for a short stretch.

(A quick aside. Has the idea a pass has to be catchable for PI to be called been removed from the rulebook? OK, that’s a rhetorical question. We know it hasn’t. But it seems to have passed out of favor. The ball thrown Saturday night was so far over the head of the intended receiver to lead the ESPNU play-by-play announcer, Kevin Brown, to invoke a comment about a ladder. Let’s just say the past few weeks have once again been tough for the conference and its officials.)

But other than that stretch, in which Stanford went from down 11 to up four, the last three-quarters of the game seemed to be Washington State’s. 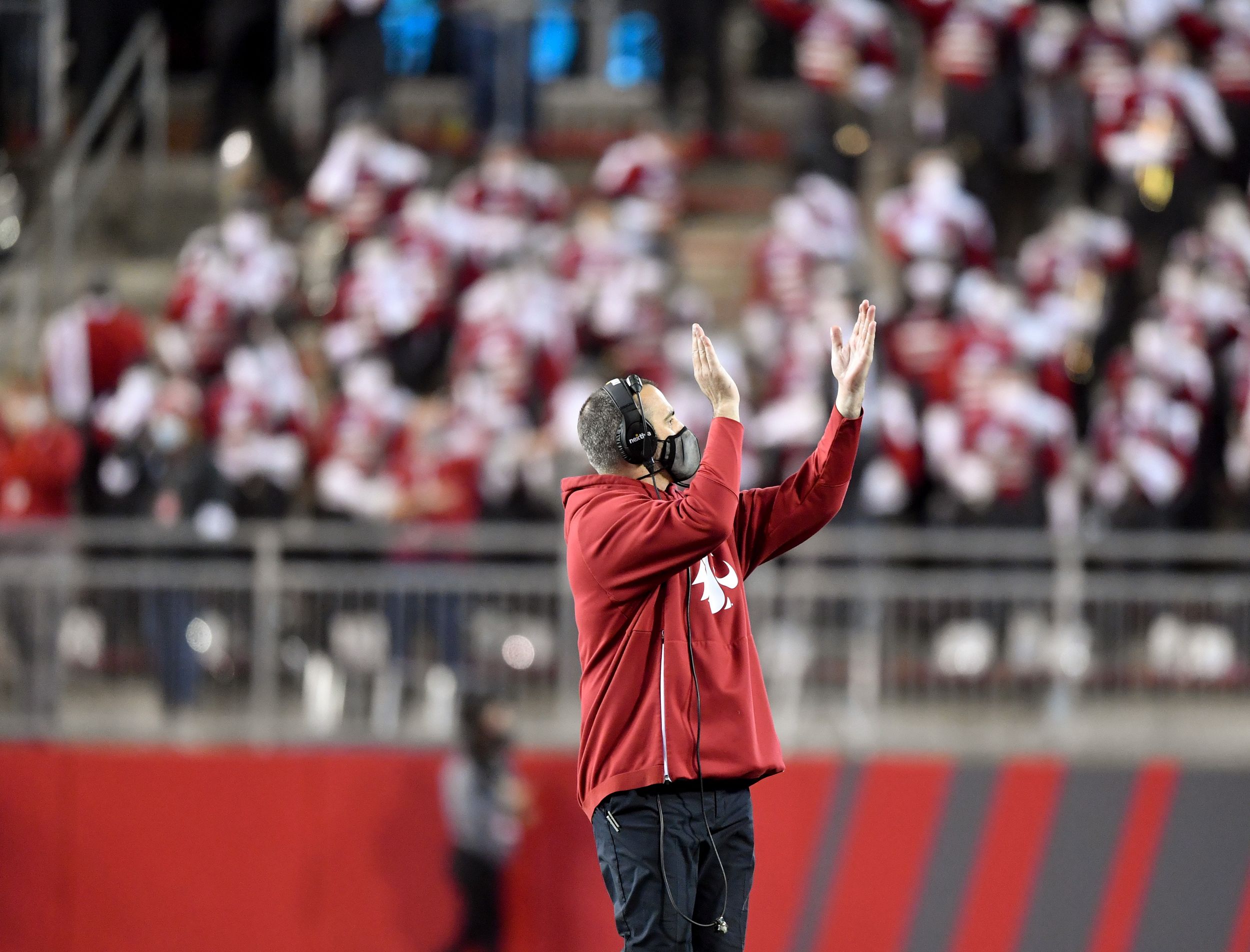 • Then it ended. The Cougars had won for the third consecutive time. They seem to be on a roll. Heck, a few of them showered their head coach in Gatorade at midfield.

In the middle of October? What the heck? For those of you who have been hibernating the past 18 months, the reason is simple. Nick Rolovich may have coached his final game in Pullman. He’s taken a stand. He won’t follow the state’s vaccine mandate and there doesn’t seem to be much in the way of an accommodation possible.

(Time for another aside. Setting deadlines bother me. Yes, I know everyone needed to have time to get a shot, if they wanted one. But why was it OK for Rolovich to coach yesterday  – and the past few weeks – and not next week? Is he more infectious? No, he isn’t. It would have made more public-health sense for the state to have suspended him weeks ago and given him and others in his boat, a deadline to meet the vaccine requirement before termination. Instead, the process just reeks of avoiding a lawsuit instead of public health. If it was safe for Rolovich to be coaching the past few weeks, one could argue it will be safe for him to coach the rest of the season.)

For Rolovich to say after the game it was out of his hands was laughable. He’s being roasted for it. Rightfully so. Sure, if he meant he has made his decision, taken a stand and now must face consequences others will determine, then yes, his statement was true. But he still has control. He can change his stance. Join the other 200 million or so Americans who have decided to do whatever it takes to stop this pandemic. Become vaccinated. That decision is in his hands. No one else’s.

• We watched Eastern’s win over Idaho yesterday as well. At least the part of the game which seemed competitive. The second half? No, that was out of hand. The 71-21 final caught the Eagles’ domination about as well as a score could.

Though maybe this quote from EWU coach Aaron Best is even better.

• Speaking of grooves, Washington is certainly in one. Well, more like a canyon. A deep canyon the Huskies can’t climb out of. Though they better, and soon.

We picked up their game with visiting UCLA late last night. The game was tied. Much of the fourth quarter remained.

Except it wasn’t much time. Not for UW. The Bruins took a lot of it to drive the length of the field to take a touchdown lead. Allowed Washington time enough to throw an ill-advised interception. Then ran the rest of the clock out, pushing UW around up front throughout.

• Not as unhealthy, though, as the anger exhibited in Tennessee last night. The Volunteer fans embarrassed themselves and their program as they disrupted the last minute of the loss to Mississippi. Make that Lane Kiffin and Mississippi.

Don’t forget, Kiffin once coached in Knoxville. For a short while. Was successful. Then left when USC called. The Tennessee fans haven’t seemed to forgive him yet. Fine. Yell. Make signs. But throwing crap on the field after what seemed a game-deciding officiating decision, that’s uncalled for. Horrendous.

Just spit-balling here, but what if, after Mississippi quarterback Matt Corral had been injured by a thrown object? (They were still raining down, though the golf balls seemed to have stopped.) Wouldn’t he have had grounds to sue everyone connected with the management of the game for lost income? I’m no attorney but not doing everything possible to ensure the safety of the participants would count as negligent, wouldn’t it?

• Last thoughts and we will move on to the story links. Chris Taylor. Pitching to Austin Riley with first base open. Losing 3-2 to the Braves. Last night’s ninth inning had me angry at the Dodgers.

But not angry enough to throw things. Except a few well-chosen expletives. 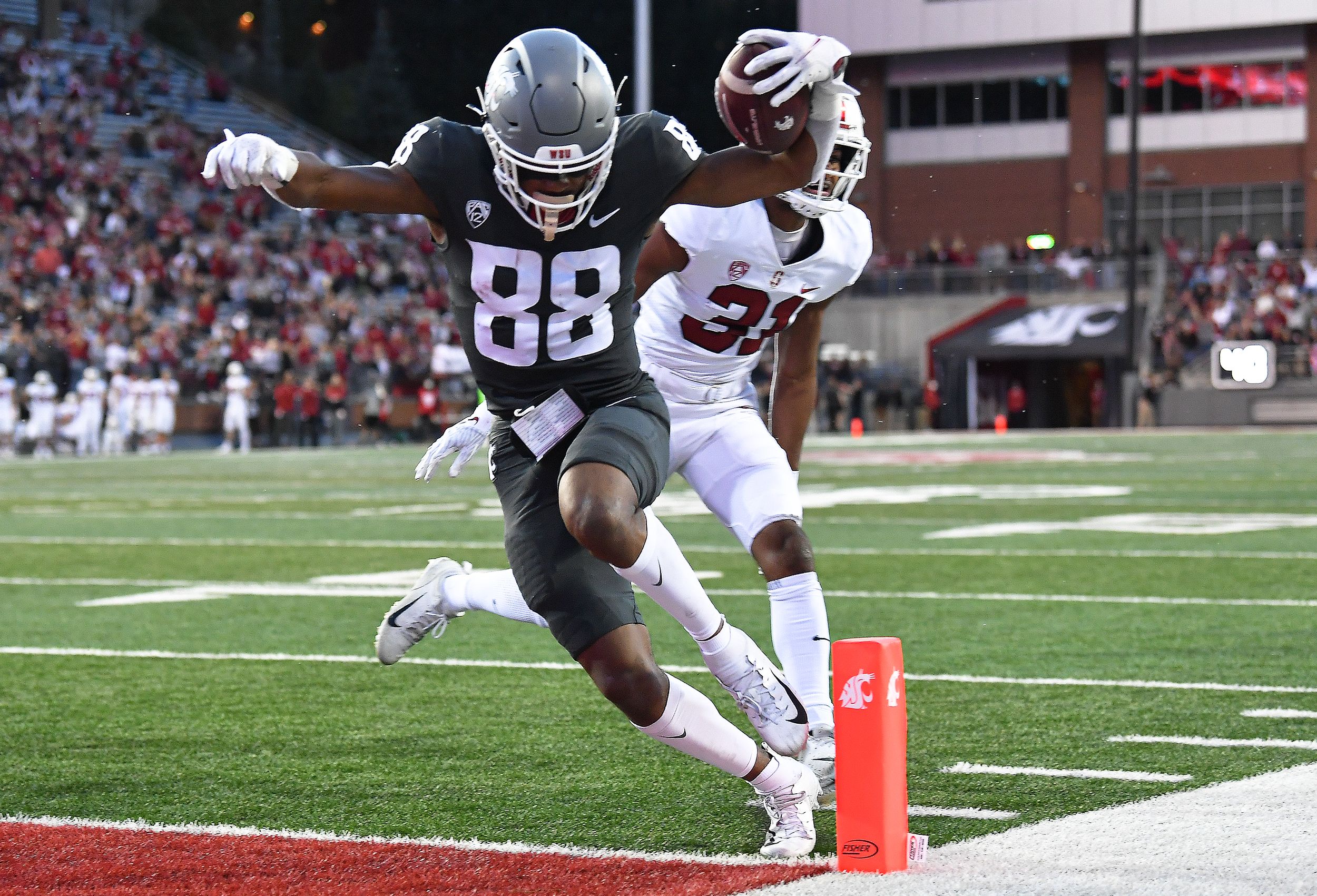 WSU: We’ll start with John Blanchette’s thoughts on the game, the postgame and the future. … Colton Clark focused on the action on the field and covered it with this game story and his picks for the difference makers. … Theo Lawson was back in his old haunts and has this story on Rolovich. … Tyler Tjomsland also has his coverage in the form of a bunch of photographs. … The guys in the office took care of the recap with highlights. … We chipped in, watching on TV and giving our thoughts through a TV Take. Spoiler alert: The ESPNU game was enjoyable to watch. … We can offer some stories from the Stanford side of things. The Cardinal will regret the lost fourth-quarter lead for a while. … Jon Wilner weighs in concerning Rolovich in the Mercury News. … WSU grad Kyle Bonagura also adds his thoughts for ESPN. … The Seattle Times’ Scott Hanson has this on the coach’s status. … Elsewhere in the Pac-12 and college football, Washington’s loss showed once again the way offense works in the conference has evolved in the past couple years. And UCLA has taken advantage. Do the Huskies have the talent to do the same? Maybe on defense. … The most important game yesterday? It was Utah’s home win over Arizona State. The Utes dominated the second half, won 35-21 and took control of the South. How long that lasts is anyone’s guess. … The oddest game? That was probably host Colorado’s 34-0 win over winless Arizona. The game was close until the Buffs broke it open with a punt block. The Wildcats’ Gunner Cruz, the WSU transfer, suffered a thumb injury and will probably miss the rest of the season. … In basketball news, Colorado held a intrasquad scrimmage. 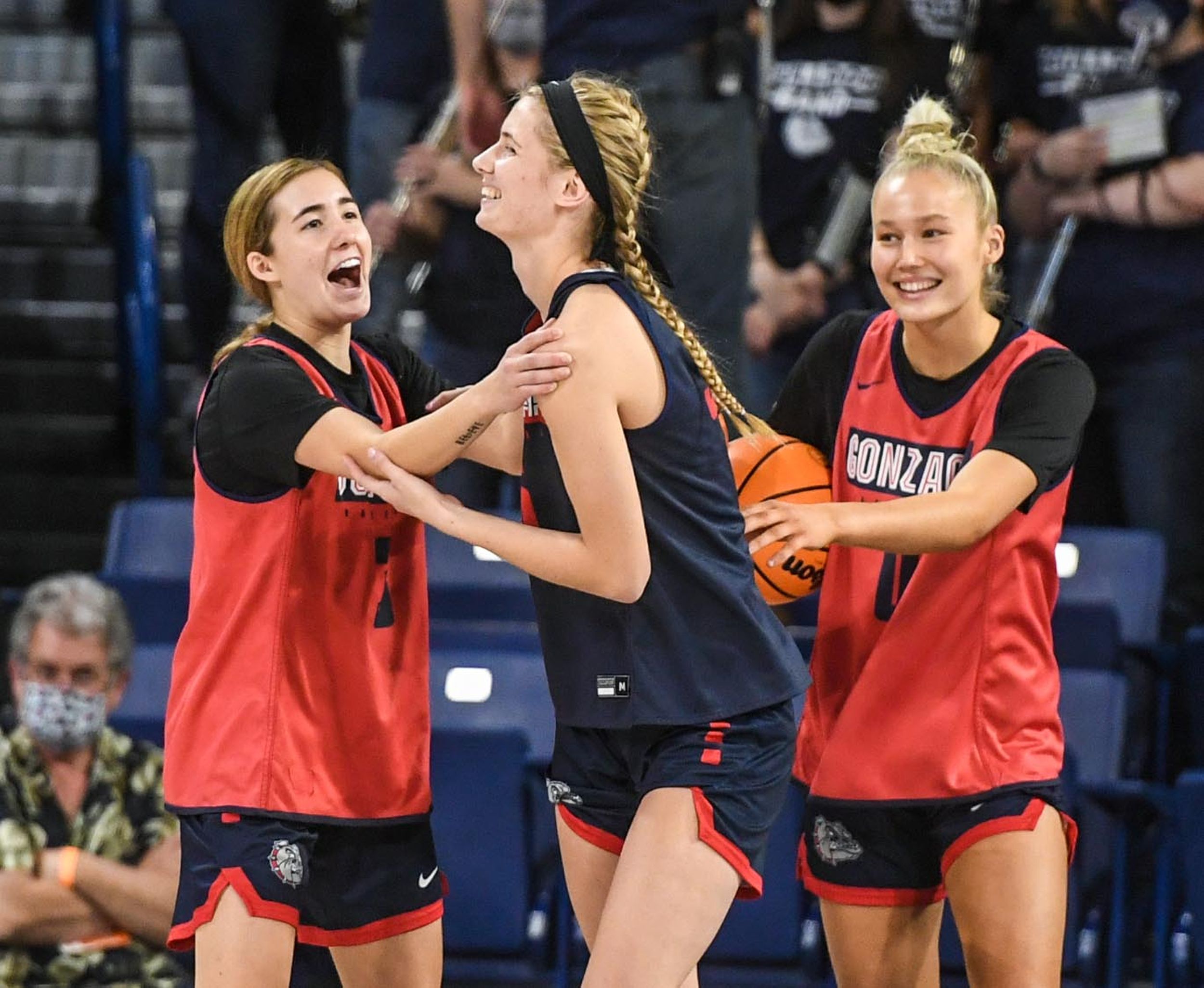 Gonzaga: Our work obligations didn’t allow us to get over to McCarthey yesterday for the women’s Fan Fest. Jim Allen did, however, and has this story. … Dan Pelle was there as well and has these photographs. … David Stockton’s stint with Memphis was a short one. Jim Meehan has the details. … Former GU assistant Tommy Lloyd is making an impression in Tucson. We are not surprised. Not one bit.lloyd has been ready to be a head coach for a while. Now he gets his chance to show what he can do. 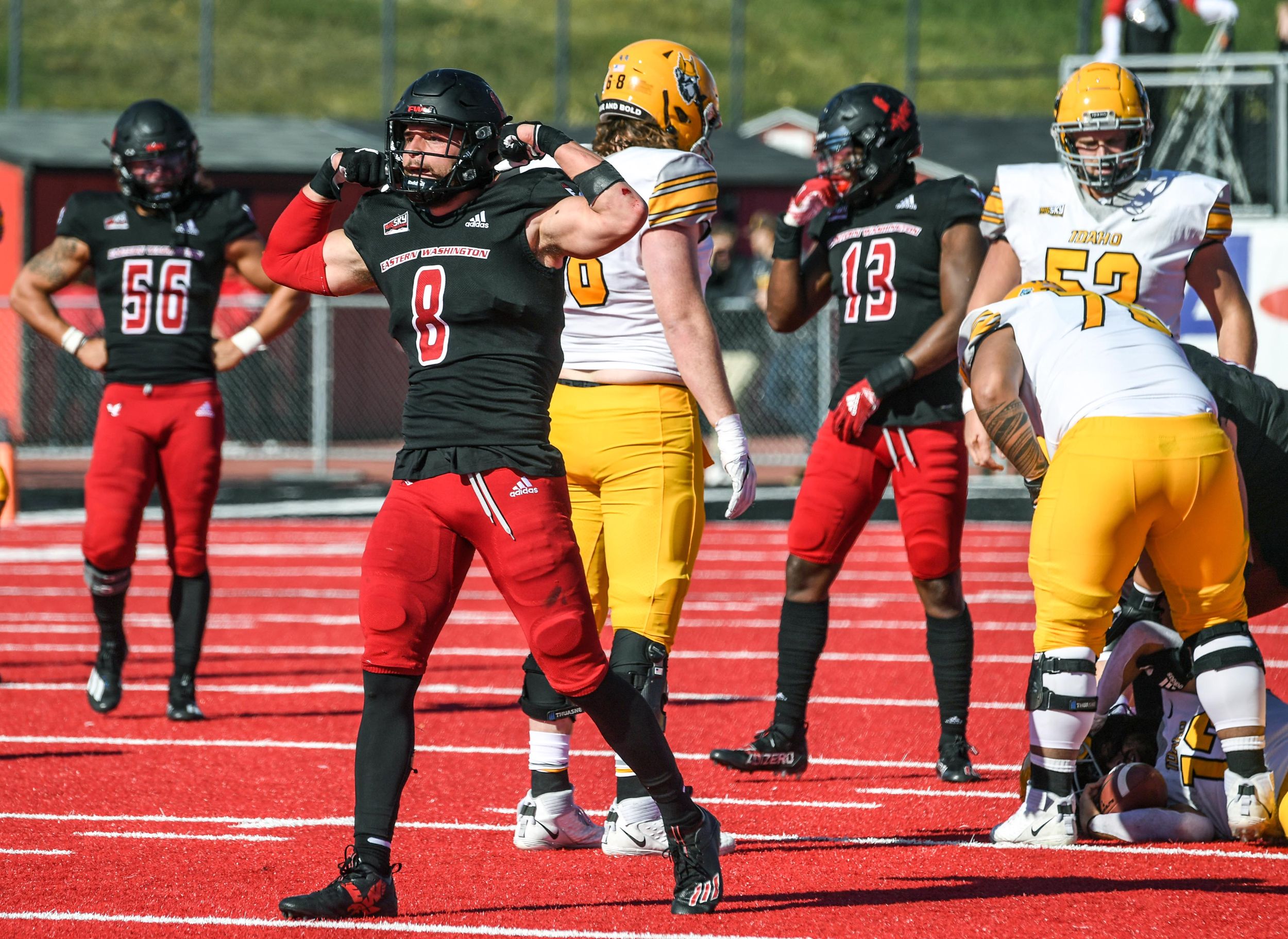 EWU and Idaho: The No. 2 Eagles looked every bit the part. Dan Thompson has a game story that covers the offensive explosion while he and Justin Reed also combined on this notebook. … Dan did double duty (actually triple, but who is counting?), getting out to Cheney for the morning game and putting together this photo gallery. … Elsewhere in the Big Sky, Northern Arizona’s offense showed up in a 59-35 home win over Southern Utah. … Montana’s didn’t and the Griz lost to visiting Sacramento State 28-21. … The win over Weber State earned Montana State a much-needed day off. … Host UC Davis ran Northern Colorado off the field, 32-3. … Portland State had little trouble with visiting Idaho State, winning 31-10.

Whitworth: The Pirates needed to bounce back from their loss at Linfield. (Another aside: the Wildcats set an NCAA record yesterday, clinching their 65th consecutive winning football season.) They did, though it wasn’t as easy as it might have been. Jason Shoot details the mistakes and the ultimate 31-17 triumph over Pacific Lutheran. 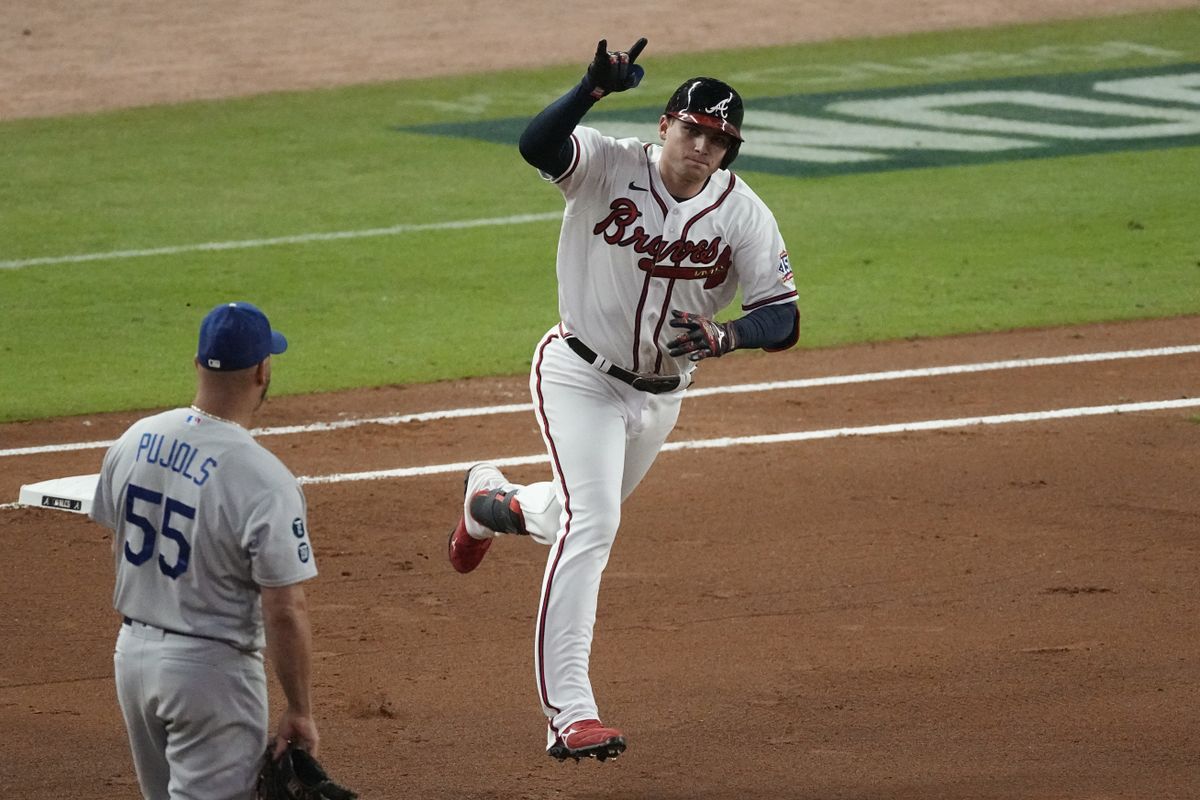 Mariners: After we finished our work obligations we turned on the Dodger game. They proceeded to lose in Atlanta. … Boston hit two grand slams and slammed the door on Houston, winning game two of the American League Championship Series 9-5.

Sounders: Yeimar had to sit – yellow-card accumulation – and the Seattle defense faltered. Seems right – and wrong, too. The Sounders lost 2-1 at Houston.

• Just noticed we didn’t mention the Seahawks. They play tonight in Pittsburgh. Without Russell Wilson it will be tough. If you are wondering, we are eating pierogis as we watch. Too bad we can’t find Iron City beer to go with them. Until later …