A GRIP ON SPORTS • It’s gotten to the point in Pullman we sort of expect Arnold Schwarzenegger to stomp out to a podium this morning and make some announcement about Judgment Day.

• Will Nick Rolovich’s employment be terminated? That’s the question, right? After three months of speculation, argument and, yes, downright hysteria among Cougar fans, today is supposed to be the day we find out something about his future. 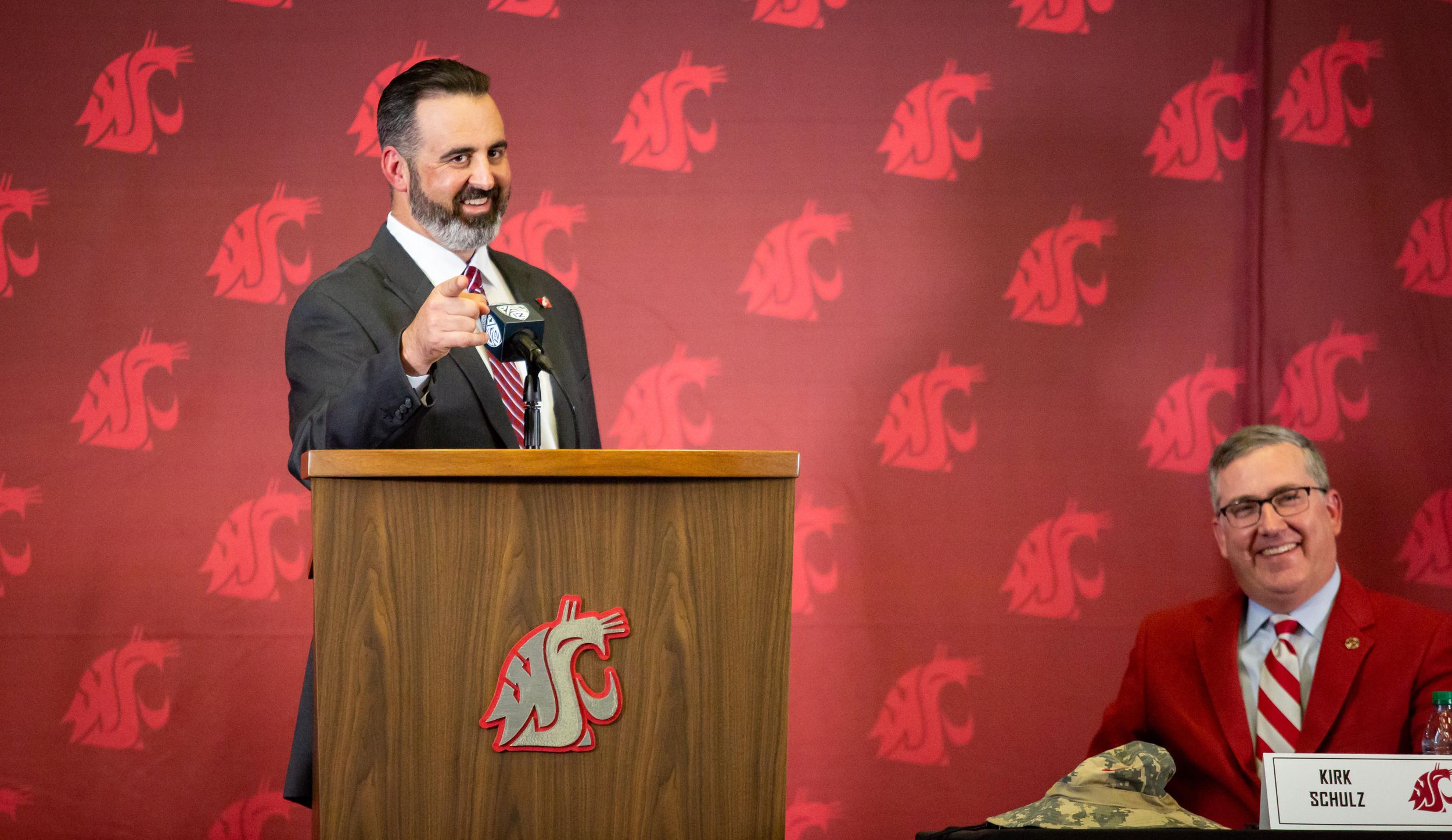 To recap, Rolovich has decided not to receive the COVID-19 vaccine, something Gov. Jay Inslee, trying to put an end to the pandemic’s growth in the state, mandated for all Washington State employees in August. Washington State’s football coach has applied for a religious exemption and an accommodation that will allow him to continue in his position. In the end, WSU athletic director Pat Chun and president Kirk Schulz will be forced to make a decision.

Today is the state-mandated deadline. There should be some sort of resolution but, you know, bureaucracy. It wouldn’t be a big surprise if this matter is not resolved in its entirety today. In fact, with the nuances of this situation and the money at stake, it might be considered something of an upset if we go to bed tonight knowing who is coaching the Cougars.

We do know this: Washington State is playing its best football of the season. The Cougars have won three consecutive games, sit at 3-2 in the Pac-12 and, after rallying twice Saturday to defeat Stanford, seem to be jelling. Heck, some players even bathed Rolovich in Gatorade on the field following the game.

Whatever happens today (or tomorrow or whenever), Cougar fans are united in wanting the momentum to continue.

• If last night’s performance is any indication, it’s going to be a long season for Seahawk fans. Long as in tough to take, not long as in the number of games. 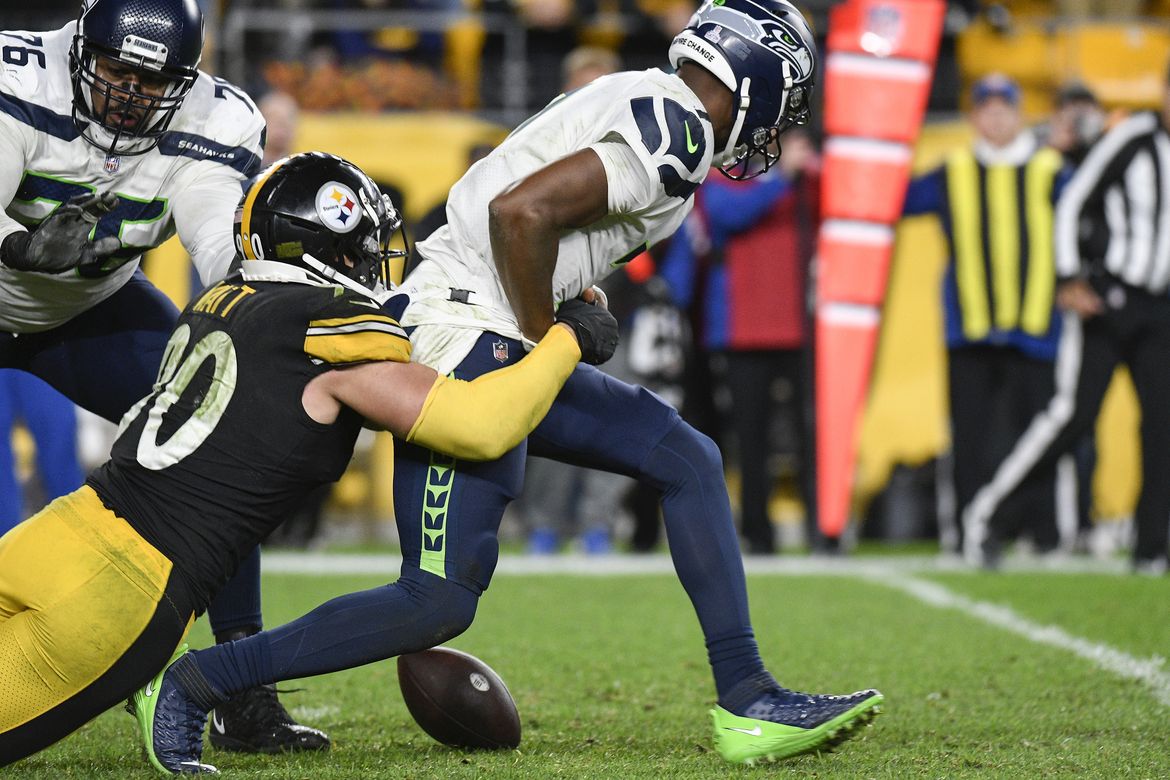 There will be 17 of those. No more. The playoffs are about as attainable as Russell Wilson playing next Monday night against the Saints.

Seattle actually played OK last night, especially after halftime. But they lost, 23-20 in overtime. Against a Pittsburgh team that isn’t one of the NFL’s best. The Steelers’ win only evened their record and they haven’t played the toughest schedule.

Then again, neither have the Hawks. And the schedule ahead is all that challenging either, what with New Orleans followed by woeful Jacksonville (at home), a bye and then, hopefully, Wilson’s return from his finger injury at Green Bay on Nov. 14.

Still, it’s hard to imagine the Hawks playing well enough to make the postseason, even as a 10-7 wild card team that loses in the first round somewhere. They have yet to play the undefeated Cardinals. Still have games left with San Francisco and Los Angeles. Out of division games with the Packers and Saints. With four losses, they have to go 8-3 in their last 11 games to finish at that seeming 10-7 cut-off point. Do you envision such a thing?

• The Athletic picked a college basketball preseason All-American team over the weekend and what struck me was not that Gonzaga had the player of the year (Drew Timme) or a first-team (Timme) and second-team (Chet Holmgren) selection. The way the Zags have been rolling, that seems right.

What strikes me is how 40 percent of the first team has strong Washington connections. This little out-of-the-way state in the upper left corner of the country not only attracts players like Timme to come play for GU, but also develops its own stars.

The Athletic’s freshman of the year, Paolo Banchero, happens to hail from Seattle. His first-team selection is what gives it that Washington vibe, even if he decided to go across the country to play his college (Duke) ball. 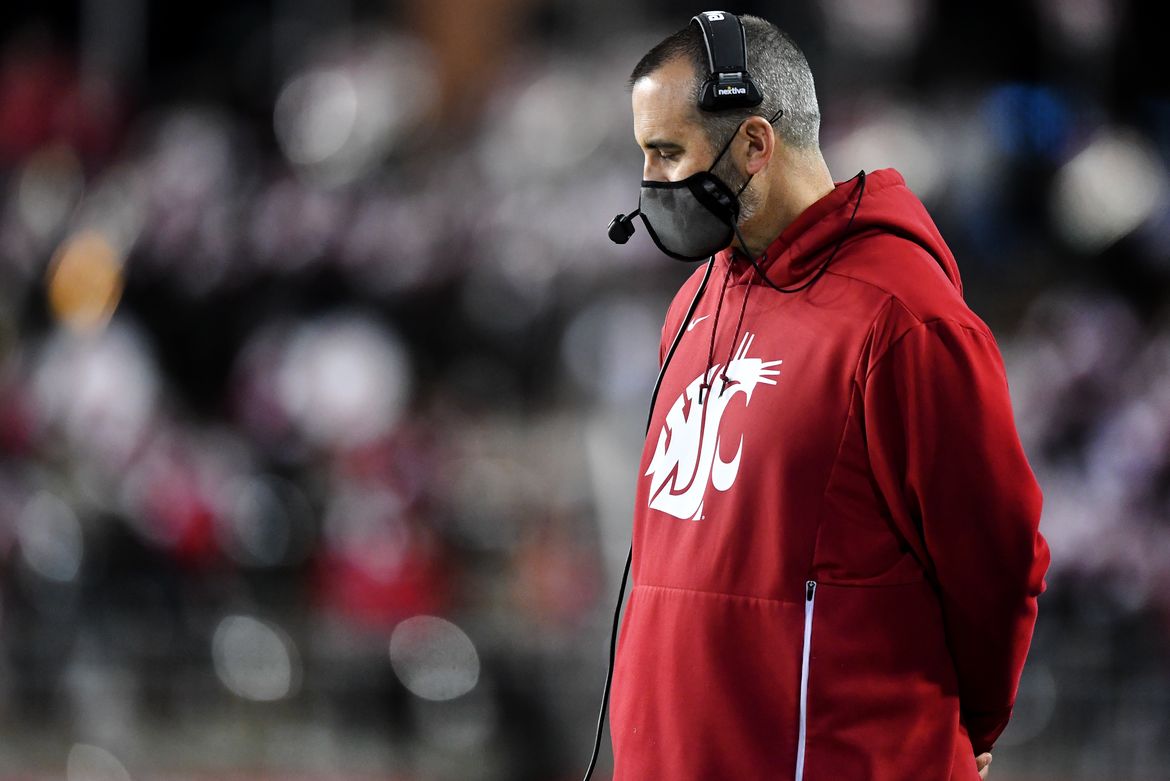 WSU: We linked this above, but Colton Clark goes in-depth this morning with what’s going on in Pullman, laying out what may happen today. … Elsewhere in the Pac-12 and college football, it was a busy and eventful weekend in the conference and Jon Wilner covers it all in the Mercury News. … He also lists his top-25 votes. … Washington’s loss to UCLA is still resonating. Will the Huskies change quarterbacks? … The way Utah dominated Arizona State in the second half seems to indicate the Sun Devils aren’t ready for prime time. … The best game this weekend? Oregon at UCLA of course. The Ducks vs. Chip Kelly. Hollywood storyline. … The game pitting division leaders? That would be Utah at Oregon State. … USC heads to Notre Dame without much hope. That’s usually when upsets happen in this long-running rivalry. … Colorado hopes to build off its win over Arizona. … The Wildcats have the FBS’ longest losing streak and don’t seem to have enough weapons to end it. … In basketball news, Wilner reveals his preseason top-25 ballot. He has UCLA at the top. … Oregon State is trying to recreate last year’s late-season chemistry.

Gonzaga: Joel Ayayi wasn’t out of the NBA long. The guard signed a two-way contract with the Wizards, joining a couple other Zags on the Washington roster. Theo Lawson has the details. … We used to watch Courtney Vandersloot dominate the WCC when she was playing for GU. Yesterday we watched her dominate the Phoenix Mercury as her Chicago Sky won a WNBA title. 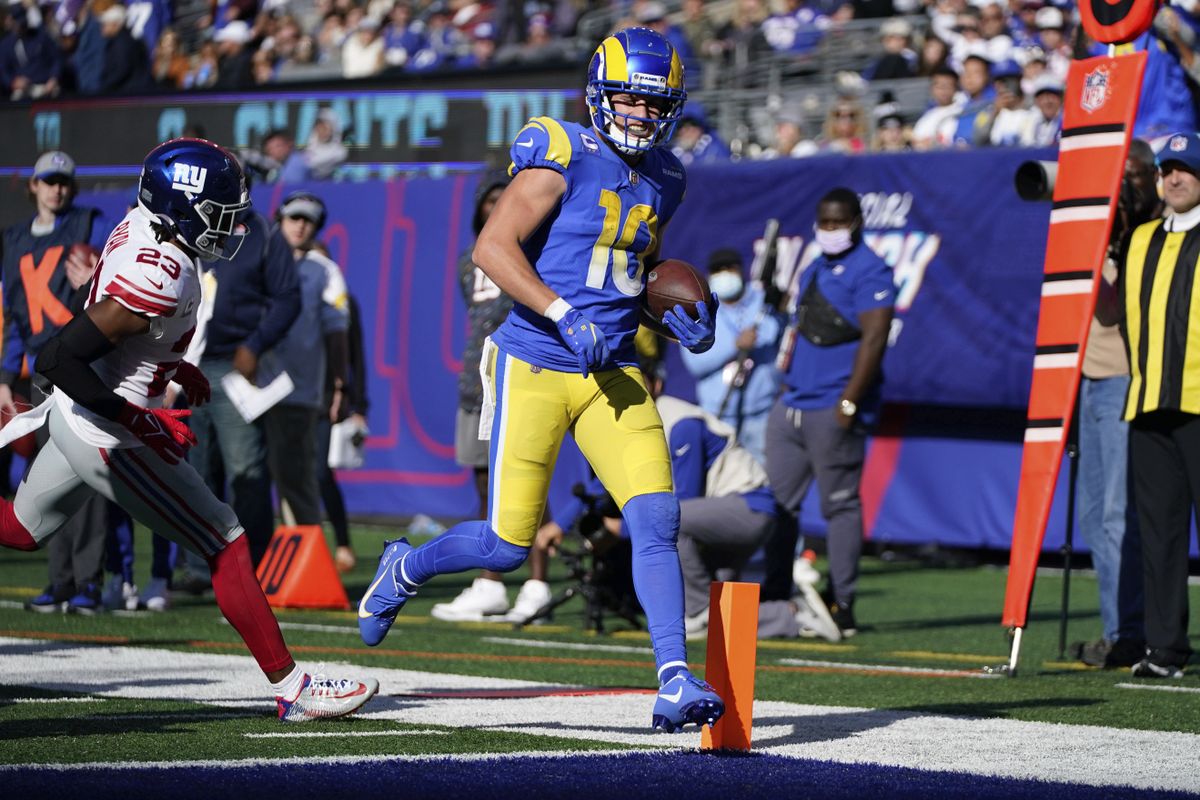 EWU: Stop me if you’ve read this before. Cooper Kupp dominated yesterday. No surprise. His performance against the Giants leads off Jason Shoot’s NFL local roundup. … Elsewhere in the Big Sky, Montana’s defense may be wearing down.

Preps: We missed this over the weekend but will link it now. Dave Nichols and Larry Weir spoke Friday on the latest Press Box podcast.

Seahawks: Give Geno Smith credit. He played fine until the overtime fumble which led to the winning field goal. And he owned that, laying the blame for the loss on his shoulders. … The Hawks came out of halftime and rode Alex Collins. Until the running back got hurt. … A scary injury turned out to be nothing more than a scare. … Wilson seemed to seek out the spotlight last night.

Mariners: The Dodgers might be the better team in the NLCS. But they certainly are not the smarter one. Two games, a bunch of dumb decisions and two losses. After Sunday’s 5-4 victory, the Braves head to L.A. holding serve.

Kraken: Three games into its season, the Kraken have yet to develop an identity.

• Pierogis are darn good. Paired with a little polish sausage, some grilled onions and a football game out of Pittsburgh, they are darn near perfect. Except, you know, the result of the game itself. That caused the indigestion. We hope. Until later …