A GRIP ON SPORTS • We’ve all heard the term court applied to sports, right? Wednesday it was used often in this area concerning a couple of college coaches, though sports had little to nothing to do with it.

• Mark Few appeared in a North Idaho courtroom Friday and accepted his punishment for about as big a mistake someone can make. Gonzaga’s longtime basketball coach was cited for driving under the influence Sept. 6, a crime he took full responsibility for during a hearing. 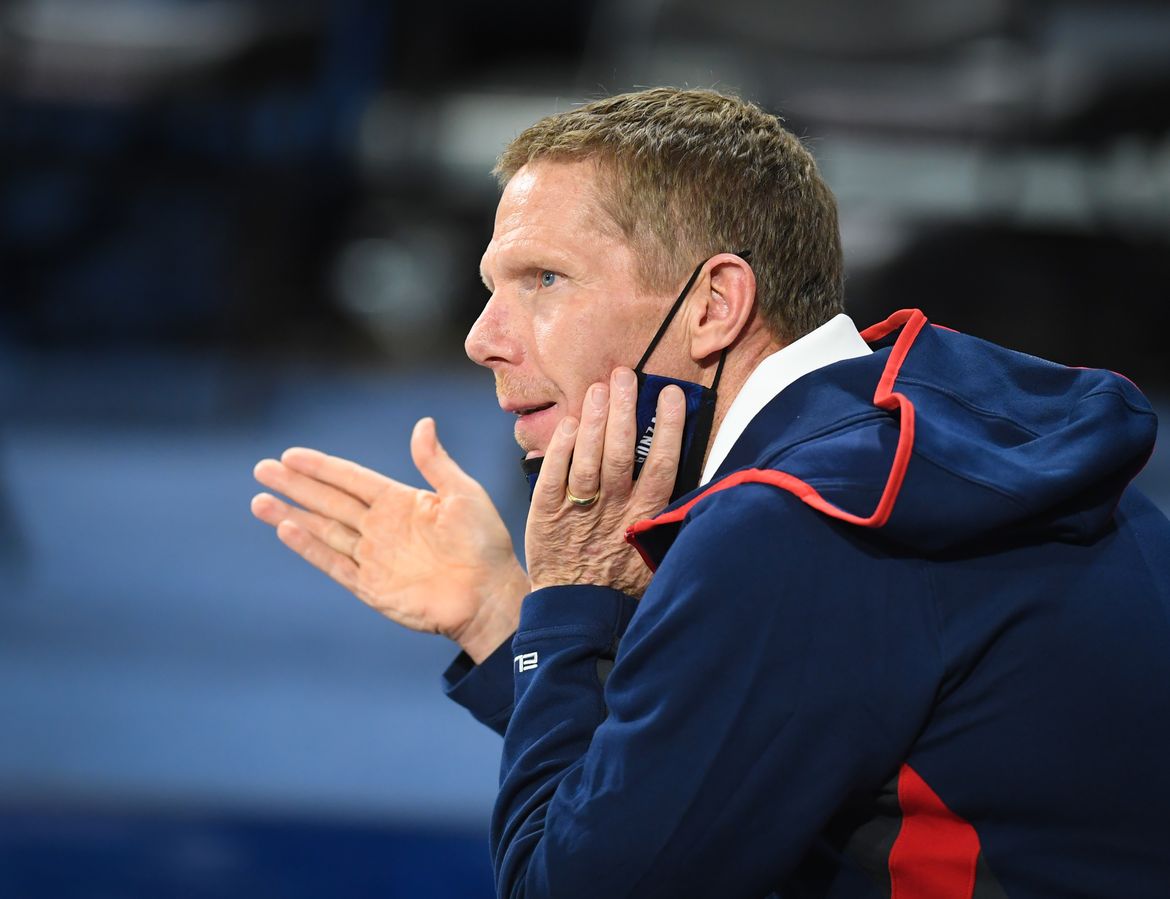 Luck plays a huge part in the outcome of basketball games and it played an outsized role that night as well. Not only was Few, who was pulled over after driving erratically enough to catch the attention of a bystander, lucky to be stopped that night, so was anyone in the area.

Driving drunk is a mistake that can have fatal consequences, and way-too-often does. Way-too-many people do it and then consider themselves lucky to arrive at their destination. But that’s not the type of luck worth celebrating. Getting pulled over, cited and entering the legal system, that’s often the most fortuitous thing that can happen to someone, though few every see it that way at the time.

We don’t know if Mark Few does, but it sure sounds like it. He understands the consequences of his actions that holiday night – and understands what could have happened. For that, he professed to be “very, very sorry. It won’t happen again,” when he appeared before a judge and accepted his punishment, typical of first time offenders.

And that’s the way the system is supposed to work, no matter who you are.

It would be great if no one ever took a drink and got behind the wheel of a vehicle. Hundreds of thousands of people would still be with us if that were the case. But it isn’t. All too often people do it over and over, never getting caught, never getting seen, never getting into an “accident,” as we wrongly label it. Until they do. And a family loses a loved one.

That didn’t happen to Mark Few. Luckily. If he’s a man of his word, it won’t ever happen again. 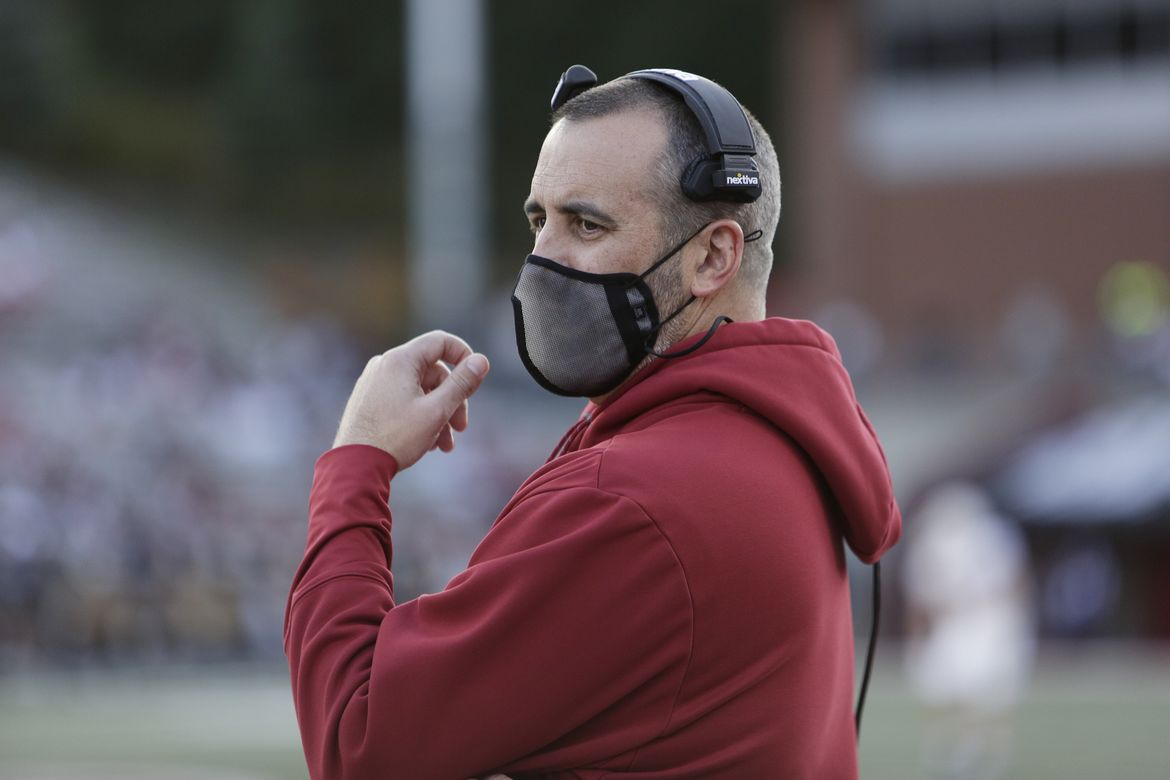 • We don’t know what lesson Nick Rolovich will learn from his refusal to accept the terms of his employment with Washington State.

Rolovich’s attorney released a statement yesterday letting the world know Rolovich would be suing the school for being terminated following the rejection of his religious exemption by a blind panel.

(Just to be clear, we only know Rolovich asked for an exemption and was denied because Rolovich’s attorney, Brian Fahling, revealed the news in his press release.)

Of course Rolovich doesn’t believe his termination was justified. But was he treated unfairly? That’s the multi-million dollar question.

Fahling’s statement identifies a few reasons why he thinks so, including religious discrimination due to Rolovich’s Catholic faith, the fact he was told even if an exemption had been granted, no accommodation was available, and athletic director Pat Chun’s actions before and after termination illustrated his animus toward Rolovich.

All of those allegations sound ominous, but for Rolovich to be successful in court he will have to overcome an ever-growing record of legal precedents supporting such actions throughout the nation.

There is only one thing we expect out of this situation: A long and torturous legal battle in which the only winners are those who bill by the hour. 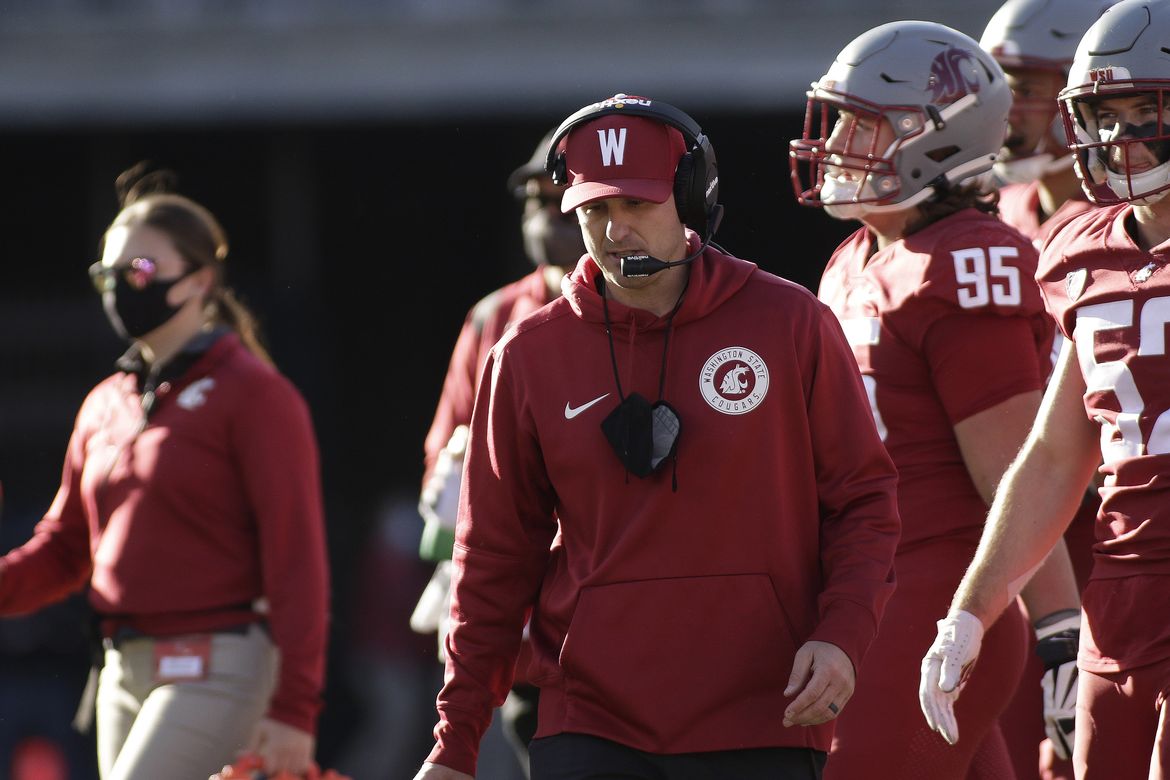 WSU: Back to the field, Colton Clark takes a look today at Jake Dickert’s roots. The interim coach feels at home in Pullman because he’s lived a majority of his life in towns just like Pullman. … Colton has the story of Rolovich’s lawsuit, which also linked above. … We linked this yesterday but Jon Wilner’s thoughts on a possible long-term replacement ran in the S-R this morning. … The September shooting that sent football player Brandon Gray to the hospital and cost Liban Barre his life is still under investigation. Pullman police are gathering evidence to understand George M. Harris III’s self-defense argument. Garrett Cabeza has this story on the police asking for help. … BYU knows what’s wrong with its defense but may not be able to fix it. … Elsewhere in the Pac-12 and college football, Wilner has his picks for the week as well as a look at the conference at its nominal midpoint. … There is a midterm examination from The Athletic as well. … You like the midterm idea? Then you will love this Washington story. Of course, we have more about the Huskies, including a story about their punter. … The outcome between Oregon and UCLA may just revolve around which team can run the ball better. … The new indoor facility in Eugene looks amazing. … Though Oregon State’s matchup with Utah isn’t sexy, it is important. And it may come down to quarterback play. … Speaking of quarterbacks, Colorado knows it has to contain California’s. … Stanford’s David Shaw won a national coaching award. … If USC is to upset Notre Dame in South Bend, Jaxson Dart may have to come off the bench to lead it. … Arizona State has to regroup after the crushing loss to Utah. … How has Arizona’s first half gone? Not well. … In basketball news, Utah will scrimmage Wyoming. … The upperclassmen teach the freshmen at Colorado. 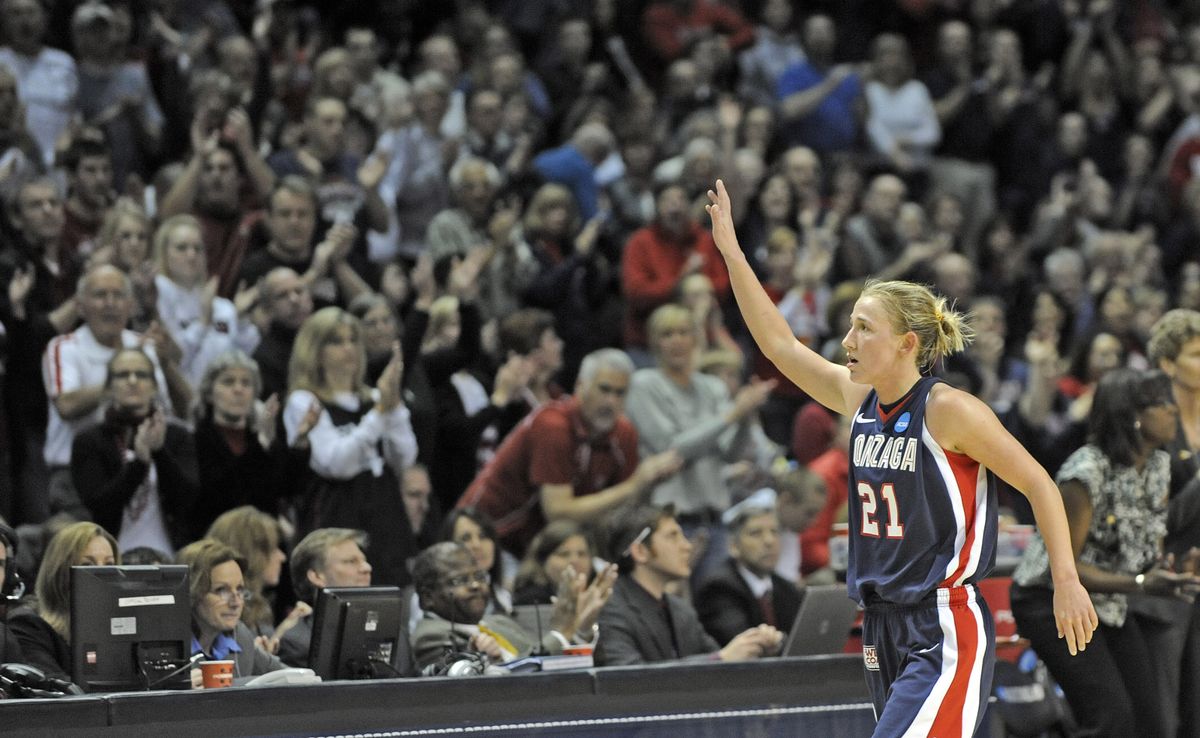 Gonzaga: Few’s legal issues are behind him if he fulfills the terms of his sentencing, as Emma Epperly’s story tells us. But the court of public opinion is still in play, especially as the Bulldogs play road games this season. To understand that, just think how the Kennel Club would greet an opposing coach under the same circumstances. … The NBA season kicked into high gear last night and former GU player Domantas Sabonis had a big game to start. Jim Meehan has the particulars, as well as all the alums in action. … Speaking of Gonzaga graduates, Jim Allen has this piece on Courtney Vandersloot and the inevitability her number hangs in the rafters some day. … Around the WCC, BYU is leaving soon. Out of the frying pan, into the fire with the Big 12. 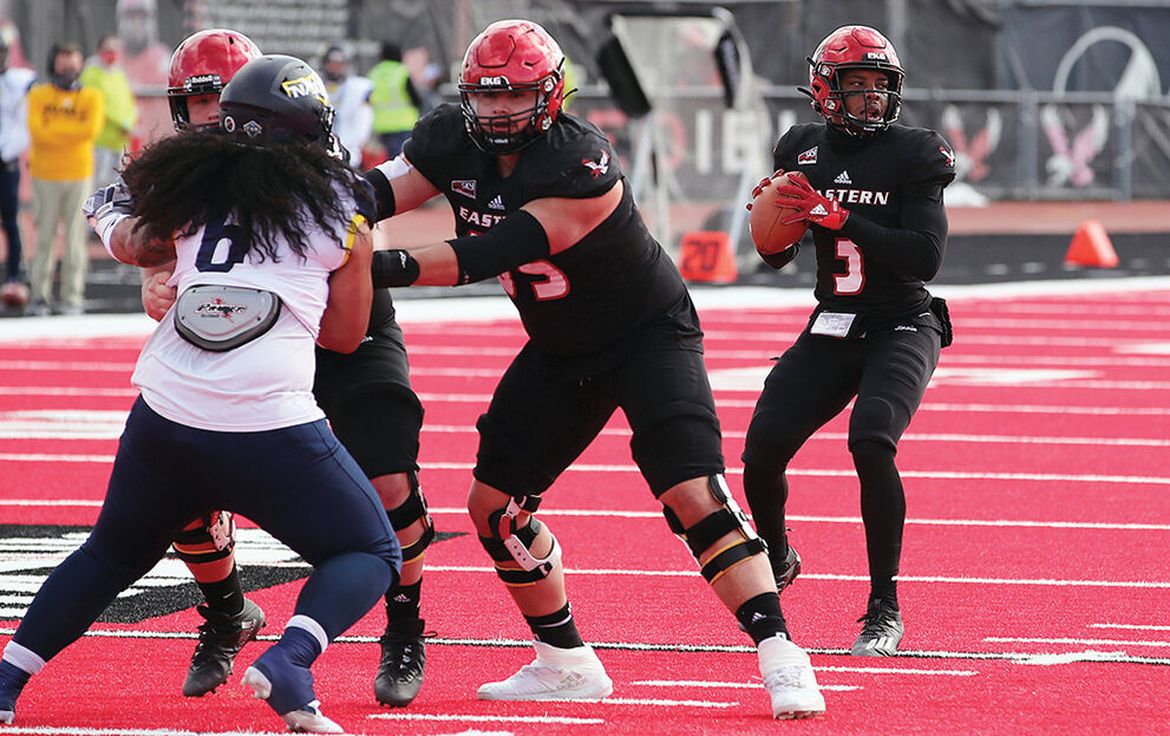 EWU: Though second-ranked Eastern Washington seems to have an irresistible offense, this weekend’s visitor, Weber State, has a tough-to-move defense. It should make it interesting. Dan Thompson has a preview as well as a notebook from around the conference. … Larry Weir talks with his EWU radio partner Paul Sorensen on the Eagles and other things as part of the latest Press Box podcast. … Elsewhere in the Big Sky, Northern Colorado is still dealing with coronavirus issues. … Montana is headed to Moscow and that still means something. … Former UM football player Tyler Hobbs, who played at West Valley High, is coaching girls basketball in Missoula. 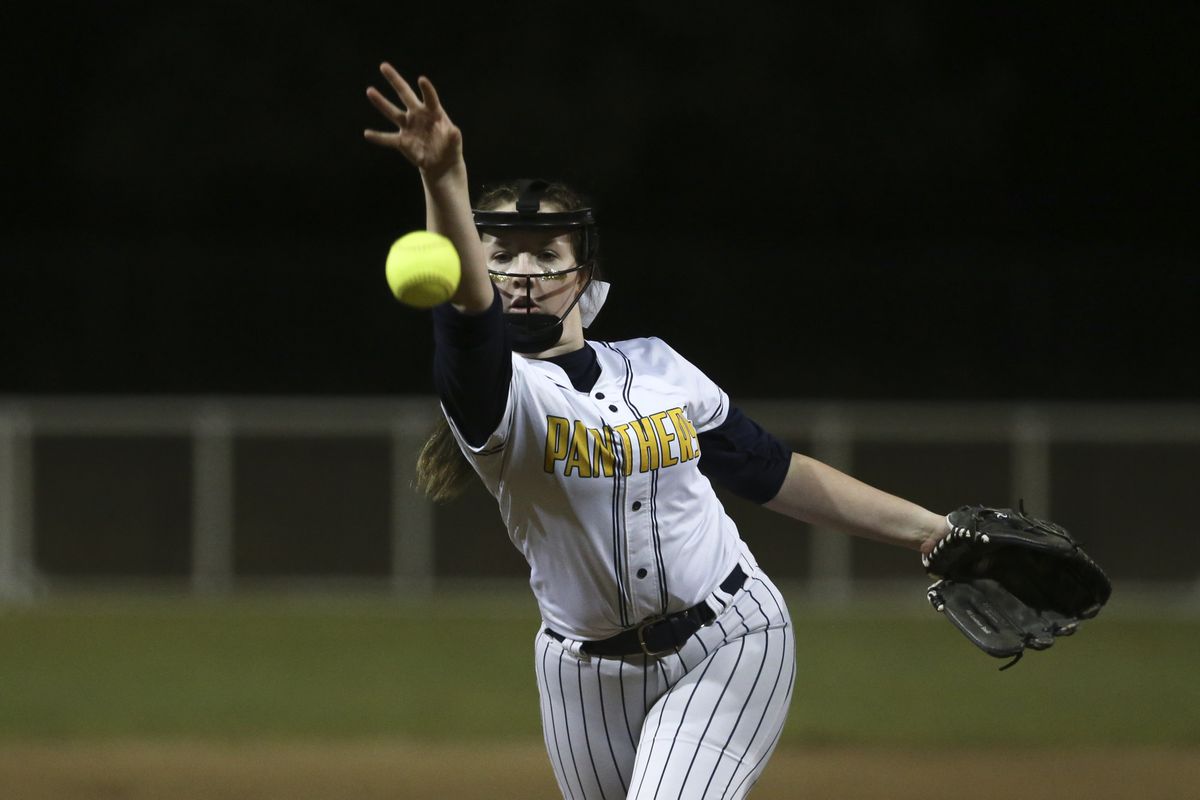 Preps: Dave Nichols has a couple of offerings on this Thursday. On Monday, he attended the finale of the slowpitch softball regular season and today explains how the postseason will work. … He also looks ahead to the weekend’s football matchups. … Madison McCord introduces us to Deer Park soccer star Livvy Moore with this feature. … Dave also has a roundup of the three sports which held competitions on Wednesday. … Finally, Jason Shoot delves into the fortunes of a quartet of major league players with strong local ties. 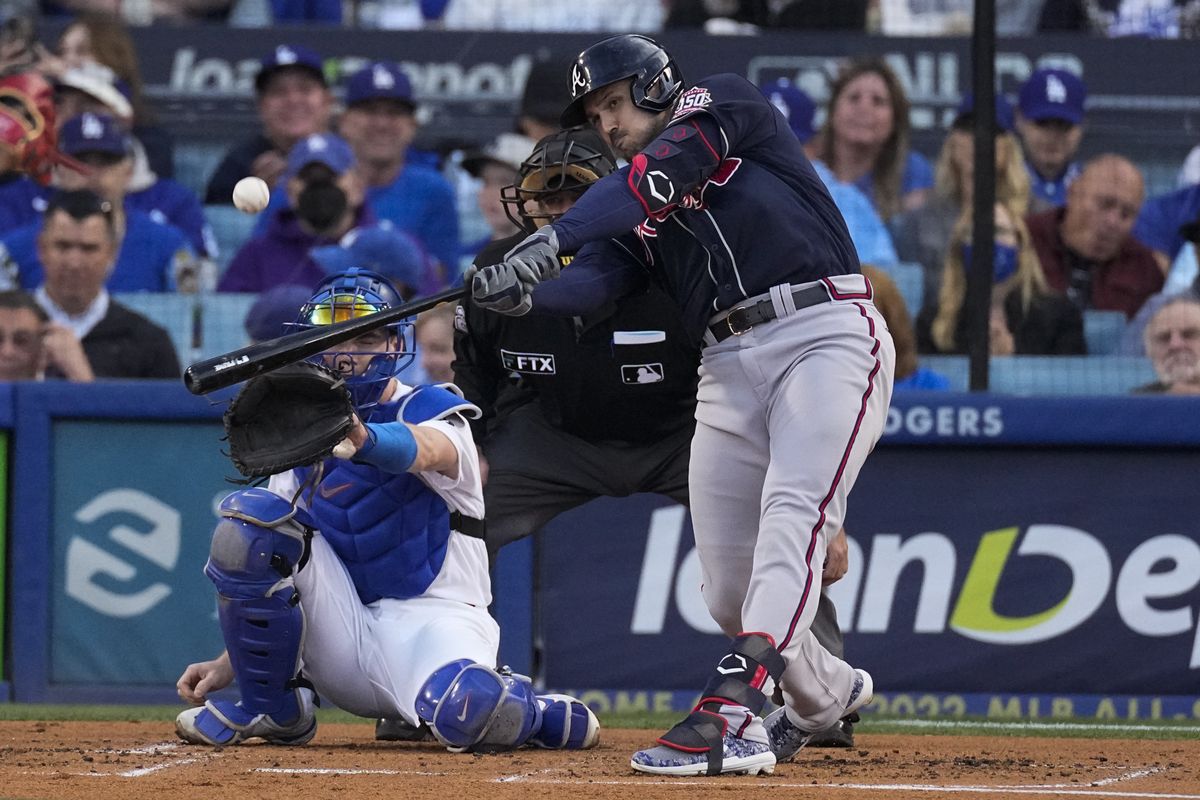 Mariners: If you have questions about the M’s offseason, this mailbag in The Athletic will answer some of them. … The postseason isn’t going the way it was mapped out. Atlanta hit four home runs, routed the Dodgers 9-2 last night and have ace Max Fried on the mound tonight with a chance to ensure a World Series berth. … Houston, down a game in the series, won the last two in Boston, including yesterday’s 9-1 decision, and are also a game away from a Series berth.

Sounders: The Roldan brothers are mainstays with Seattle. Now which is which? Right, Alex is the younger one. … Cristian is the older brother and he scored the late equalizer as the Sounders played to a 1-1 draw in Colorado.

• Our new pup is going to be shaved clean tomorrow. He came to us with hair matted beyond belief and the only way to help him is to give him the Vin Diesel look and take it all off. Just in time for the weather to turn cold. Oh, well. I always wanted to buy a dog a sweater. I think I’m turning into Paris Hilton. Until later …