Courtney Vandersloot is the best women's player to wear a Gonzaga basketball uniform. She was drafted No. 3 overall in 2011. Here's a brief list of accomplishments:

The cheers rose from coast to coast on Sunday when Courtney Vandersloot and the Chicago Sky won their first WNBA title.

Some of the loudest came from Spokane, where Vandersloot starred at Gonzaga before turning pro.

Now Gonzaga wants to raise the roof for the greatest player in program history by retiring her No. 21 jersey at the McCarthey Athletic Center.

Retiring Vandersloot’s No. 21 jersey has been in the works for some time; in fact, no one has worn it since she graduated in 2011.

All that remains is to find an open date in her busy schedule. Vandersloot also plays in Europe, and it’s unclear when she will depart. 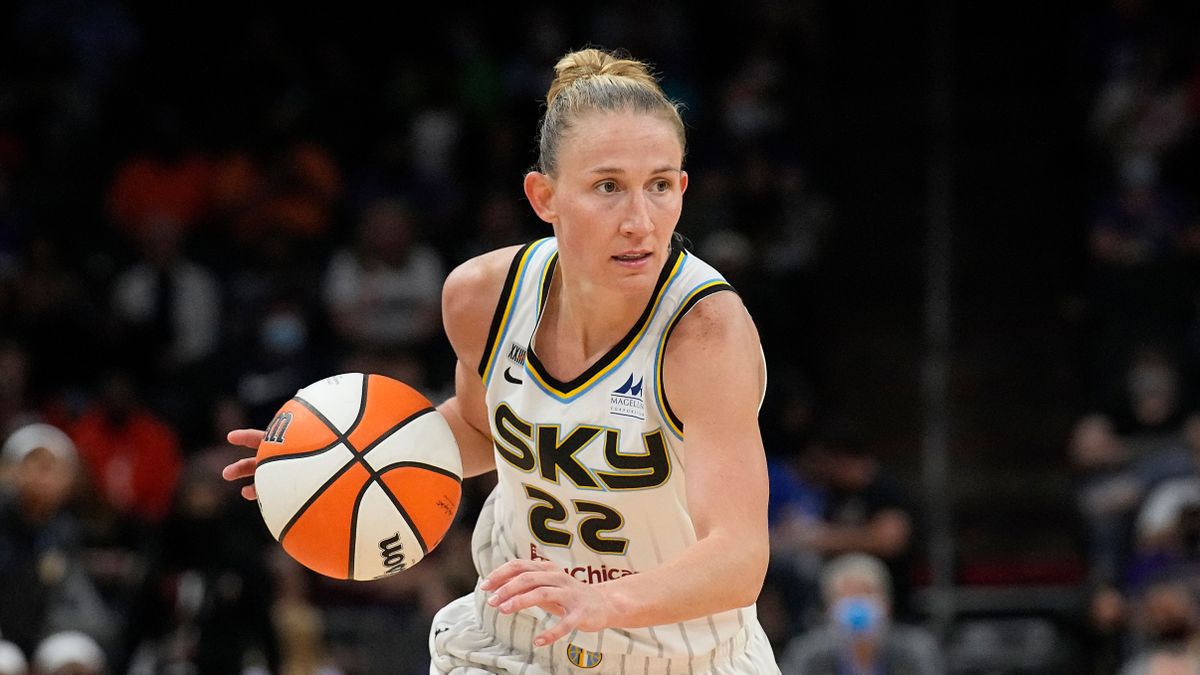 Chicago Sky guard Courtney Vandersloot (22) during the first half of Game 2 of basketball’s WNBA Finals against the Phoenix Mercury, Wednesday, Oct. 13, 2021, in Phoenix.  (Rick Scuteri/Associated Press)

The Gonzaga women open the regular season on Nov. 11.

“We don’t want to honor her without her being here,” Standiford said. “What Courtney has done for the program is really special.”

Fortier was an assistant under Kelly Graves when Vandersloot arrived on campus in fall 2007 from Kent, Washington.

“She was already really good, but what I can tell you is that I would always bet on her,” Fortier said. “She’s always had that special sauce – she’s just special.”

Vandersloot went on to become a four-year starter from 2008-11 and the only woman in West Coast Conference basketball history to win three consecutive player of the year titles.

As a senior, she led the Zags to their only Elite Eight appearance in the NCAA Tournament and was the first Division 1 player, male or female, to accumulate 2,000 points and 1,000 assists in a career.

Fortier was Vandersloot’s position coach all four seasons but said that “she maybe helped me even more.”

“I was a young coach, trying to help her in some way, but she was always pushing me to be better,” Fortier said.

“But the reason I was crying was that relations were really important to her – that’s one of the things we did really well,” Fortier said.