A GRIP ON SPORTS • What could you do with a broken leg? Mow the lawn? No chance. Vacuum the living room? Uh, no. How about throw 16 pitches in a World Series game? Charlie Morton, we salute you.

• One of the more impressive athletic performances I can remember came in a Super Bowl. Back in 1979, the Rams’ Jack Youngblood played the entire game – and most of that season’s playoffs – with a broken leg. How is it possible for defensive end to do something like that, you may ask (and rightfully so)? 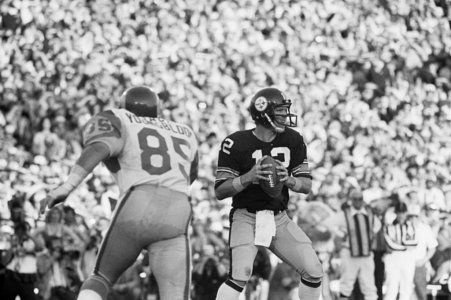 We always guessed great painkillers, a strong pain threshold and the varying definition of a broken leg.

My dad, back in the late 1960s, had the latter. In a softball game, he slid into third base so hard he fractured his femur, had a spiral break down the length of his tibia, snapped his fibula, basically crushed his ankle bones and nearly died. After surgery, he spent nine months in a cast up to his hip and, when the cast finally came off, his left leg was an inch or two shorter than his right. He limped the rest of his life. And, sadly, never played softball again.

Youngblood’s injury was, shall we say, less severe. As was Cole Beasley’s, the Bills’ receiver who also played multiple playoff games with a partially broken fibula.

So it’s not unheard of for an athlete to play with an injury that would put a dagger in our plans to, you know, sit around and watch football.

Or the World Series. We didn’t see Morton get whacked with the 102 mile-per-hour comebacker hit by Yuli Gurriel in the first inning – a ball hit so hard it ricocheted to Freddie Freeman at first base for an out. We did see Morton struggle in the second and wonder why he was not hitting his spots with his usual regularity. Little did we, or anyone, know, his leg was fractured.

It finally got to be too much, though his last pitch in the third was a Morton Special. That’s a breaking ball that buckles the hitter’s knees, in this case Jose Altuve, who took it for strike three.

No matter how severe Morton’s injury is, for the veteran right-hander to throw 16 pitches on it is remarkable. And worthy of respect.

• Speaking of respect, is Pete Carroll losing his? The oldest coach in the NFL (he’s 70) is under fire this week after Sunday’s 13-10 loss to New Orleans. It’s not just the unusual home defeat that supplied the kindling. It’s more that it’s the third one this year. Coupled with last season’s poor showing down the stretch, it has more than just Seahawk fans wondering if the Carroll Era is over in Seattle. 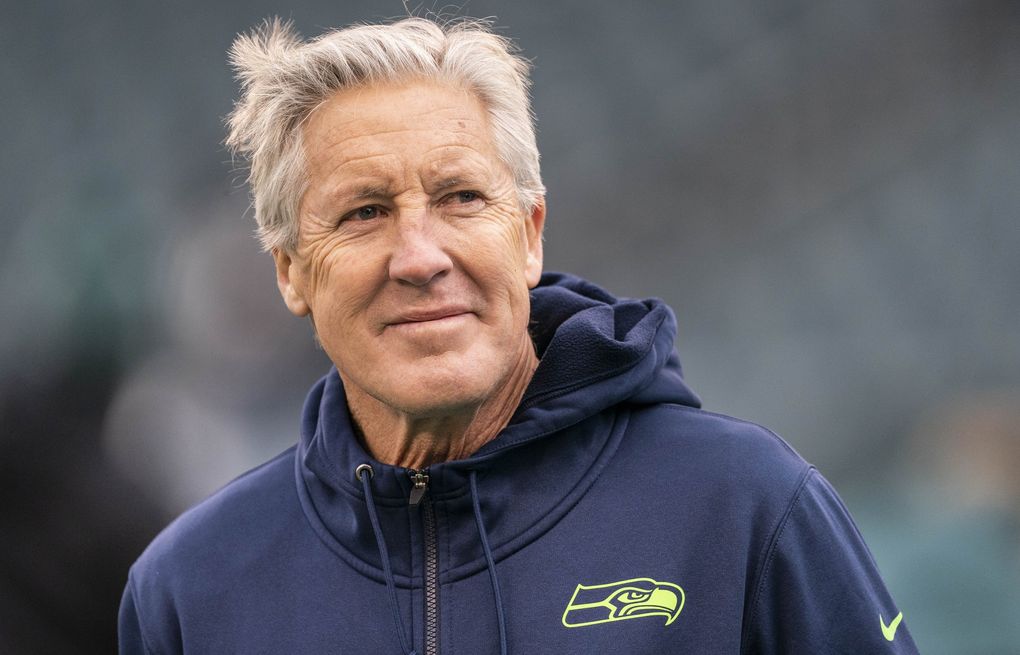 Shouldn’t Carroll, who is 114-68-1 with the franchise’s lone Super Bowl title in his back pocket, be given the benefit of the doubt considering Russell Wilson is out with a hand injury?

Or is it time for a younger man, with fresher ideas, to take over? One could argue Carroll’s offensive ideas have always been stale, though when Marshawn Lynch and Wilson teamed up, they seemed pretty darn tasty. And that his defensive philosophy has run its course despite a huge expenditure of capital, financial and draft, on that side of the ball.

But there are also a lot of the Seahawks’ financial resources wrapped up in Carroll. He’s under contract until 2025. He’s owed millions, though the exact amount is unknown.

If John Schneider, who deserves as much if not more blame for the state of the roster, decides to make a change, it won’t be cheap. But maybe not as expensive as staying the course. WSU: Jayden de Laura is Washington State’s starting quarterback. With all that entails. The off-field part of the job came to the forefront last week with the coaching change, something de Laura obviously didn’t agree with. He spoke out. It’s that action that shows just how far he’s come in the past couple years in Pullman, something Colton Clark examines in today’s story. … ESPN’s Kyle Bonagura, a Washington State graduate, delved into the days and months leading up Nick Rolovich’s fateful decision to not be vaccinated. It’s an interesting read. … Arizona State feels it can take advantage of the Cougar defense. … Elsewhere in the Pac-12 and college football, Jon Wilner’s examination of the North race, which we linked yesterday, ran in today’s S-R. … Wilner also has his bowl projections in the Mercury News this morning. … When Washington safety Alex Cook was injured the other night, his dad didn’t see it. Maybe that’s for the best. … Oregon State may not target its tight ends often but they have been productive. If the Beavers keep winning, the coaches will make some extra money. … Oregon is getting healthier. Despite the injuries, the Ducks’ win at UCLA was impressive. … Is Mike Tomlin really a candidate for the USC job? He got angry just being asked about it. … Both UCLA and Utah will miss key players in Saturday’s first half. There is a connection between the teams’ roster. … The Utes have decided on a way to honor their two murdered players. … The Colorado offense needs hope. … Jamarye Joiner is not only playing receiver for Arizona, he’s also playing some quarterback as well. …. In basketball news, Mark Fox needs more time to turn around California’s fortunes. … Colorado has an exhibition coming up. … Utah had a scrimmage with Wyoming.

Gonzaga: Mark Few’s DUI citation, and its aftermath, still lingers as more information comes out. Yesterday bodycam footage of his traffic stop and interactions with Coeur d’Alene police was released. It shows Few, who pleaded guilty and is serving out his punishment, legally and from Gonzaga, during the stop and at the hospital later. Garrett Cabeza has this story while KHQ has this report. … Drew Timme is the best big man in college hoops this season. So says The Athletic.

EWU and Idaho: Around the Big Sky, the new transfer rules have pros and cons. … Weber State is back in the polls after its win at Eastern. … Northern Arizona hopes to bounce back when it travels to Moscow. … UC Davis has a bye before the stretch run. … Northern Colorado will be tested by Sacramento State. … Montana’s kicker has found his footing.

Preps: It’s that time of the year already. Playoffs are underway in soccer. Dave Nichols has this roundup of that action as well as another roundup of other sports.

Chiefs: A couple Spokane players earned passing grades from a recent NHL rating. That news, and other items, is contained in this local briefs column.

Seahawks: The injury news isn’t getting better. Marquise Blair has a broken kneecap and is out for the season. … Hey, what to think of happier times? We can pass along stories about the Lynch trade and last year’s for Carlos Dunlap. … Who should the Hawks deal this year? We have questions like that every week. Mariners: Even without Morton, the Braves won last night 6-2 in Houston. The nation exhaled.

Kraken: Montreal made its first trip to Seattle since, well, more than a hundred years ago. And the same thing happened. The Canadiens lost. This time 5-1 for the Kraken’s first home win.

Sounders: Seattle is slumping, that’s for sure. The Sounders lost 3-0 at LAFC last night.

• If you are keeping score at home, it is Backyard 11, Vince Grippi 0. We decided to fill our green recycling bin with maple leaves yesterday, as the green-thing (as we call it) is picked up this morning. We ran the lawn mower over the grass, continually chewing through the piles of leaves in the process. When we were about ¾ done, everything hurt. But, like Charlie Morton, we pressed on until the entire grass was clear. For about seven minutes. Anyhow, the rest of the afternoon and evening was reserved for moaning about how much my back and shoulders and knees and arms hurt. To avoid getting swept in this Fall Classic, I may have to signal to the bullpen soon. Until later …