A GRIP ON SPORTS • On Fridays, we usually look forward to the weekend. Not just in everyday life, but in the sports sense (not to be confused with our Spidey-sense). But what happens when the weekend isn’t all that exciting? What then?

• I know what my old man would have said. “Two days off work ain’t enough for you?” He would have had a point, sure. But sports fans want to be entertained during those two days off and when the best football game of the weekend was played Thursday night, well there isn’t a lot to look forward to.

(Interlude One: Yes, I know Halloween is Sunday night. But I’m not in the right demographic for that holiday. I am neither a 12-year-old child looking forward to a week of an unrelenting sugar high or a 27-year-old excited about a Saturday night party in which I can pretend to be something I’m not.)

Let’s start with the NFL, shall we? As we said, last night’s game in Phoenix, in which the Green Bay Packers held on – literally, if you consider the last pass of the night – to hand Arizona its first loss, will be hard to top on the excitement meter. We all know there is no chance Jacksonville at Seattle will be nearly as fun, unless Urban Meyer resigns to take the LSU job before the start of the fourth quarter.

College football? Sure, the Cougars are playing in the desert (noon on FS1) and that’s always worth a watch, especially since the angst of the past couple weeks has worn off a bit. Though our colleague Colton Clark doesn’t agree, we think Washington State will leave Tempe with a victory. It’s not just a Pac-12 thing to do, it would be just another sign how mentally tough this group is.

(Interlude Two: As we write, the rain is pouring down outside the home office. A cold rain, portending a cold winter ahead. What would have been better this week than a trip to Arizona for a few rounds of golf and then a Saturday afternoon football game rooting for the visiting team? We could have worn shorts for a few days, which is always a good thing.) 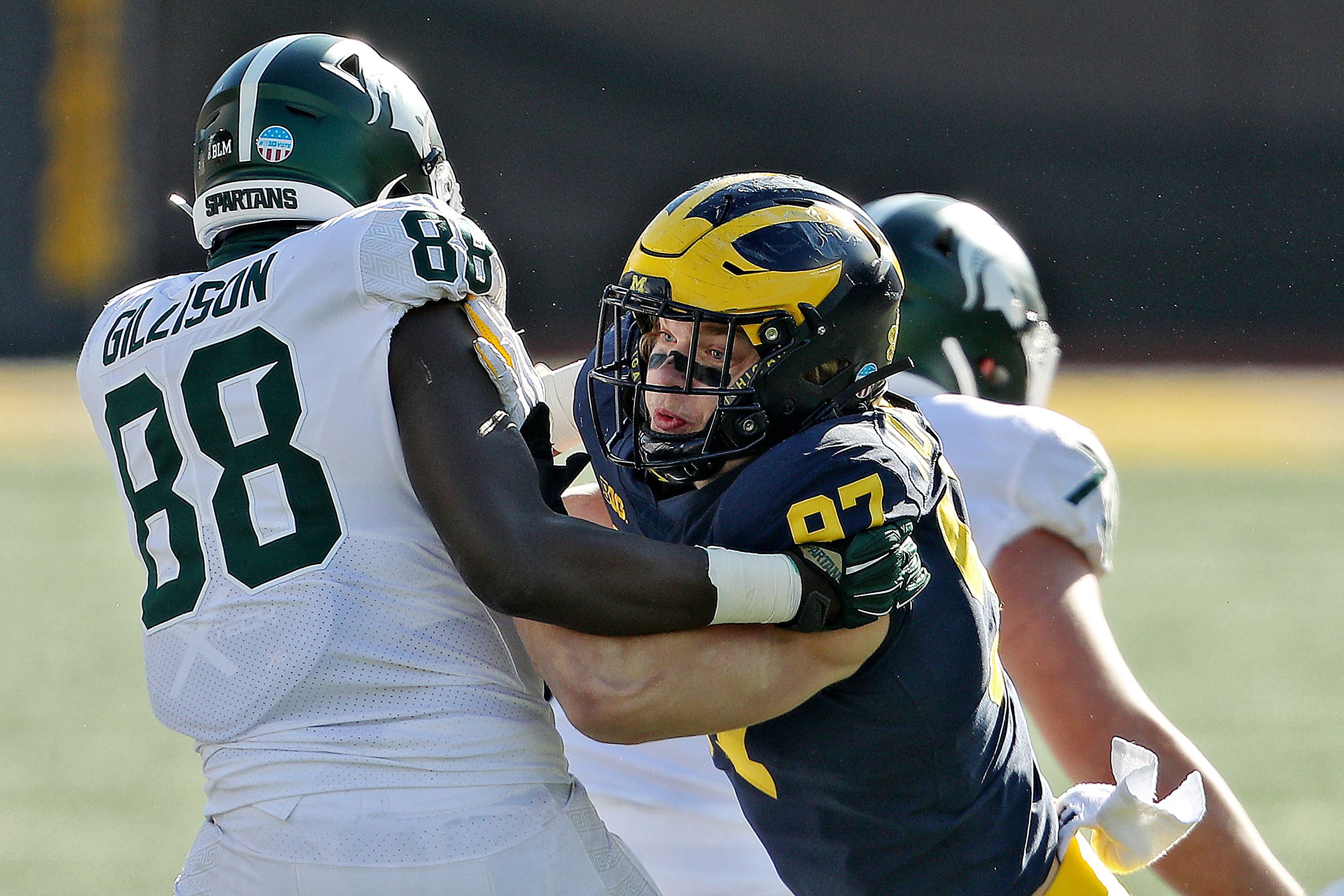 The rest of the college football’s Saturday lineup isn’t as potent as, say, the Astros, though Houston probably has the added attraction of knowing the other team’s play calls. There is only one top-10 matchup this week and, being it is the battle for Michigan supremacy, it isn’t what one would call sexy. Physical, hard-fought, maybe even a bit bloody. But when No. 8 Michigan State hosts No. 6 Michigan (both 7-0) face off this morning (9 a.m. on Fox), sexy isn’t the word that pops into the head. Khaki, maybe, as in Jim Harbaugh’s pant choice, but not the other word.

The slate of night games could be fun, what with UCLA and Utah facing off (7 on ESPN) but the best game in that state after dark is probably Virginia at BYU (7:15 on ESPN2). Bronco Mendenhall, who coached the Cougars for 11 years, returns to Provo. That should be be worth watching.

• Yes, we know the World Series resumes tonight (5 p.m. on Fox). It’s tied at one. That means neither team is winning. That seems appropriate. We, as in America’s baseball fans, aren’t either.

• If you aren’t swamped tonight, there are a couple local contests on the schedule that would be worth your time in person.

There is a great high school football game at Gonzaga Prep, pitting the Bullpups against Mt. Spokane, which will determine the Greater Spokane League’s best team.

And Whitworth, which wins 20 games a season like clockwork, hosts Carroll College of Helena, Mont., in a basketball game to begin the local exhibition schedule.

Neither is earth-shattering, sure, but both are a nice relaxing way for a sports fan to spend a Friday night without breaking the bank. 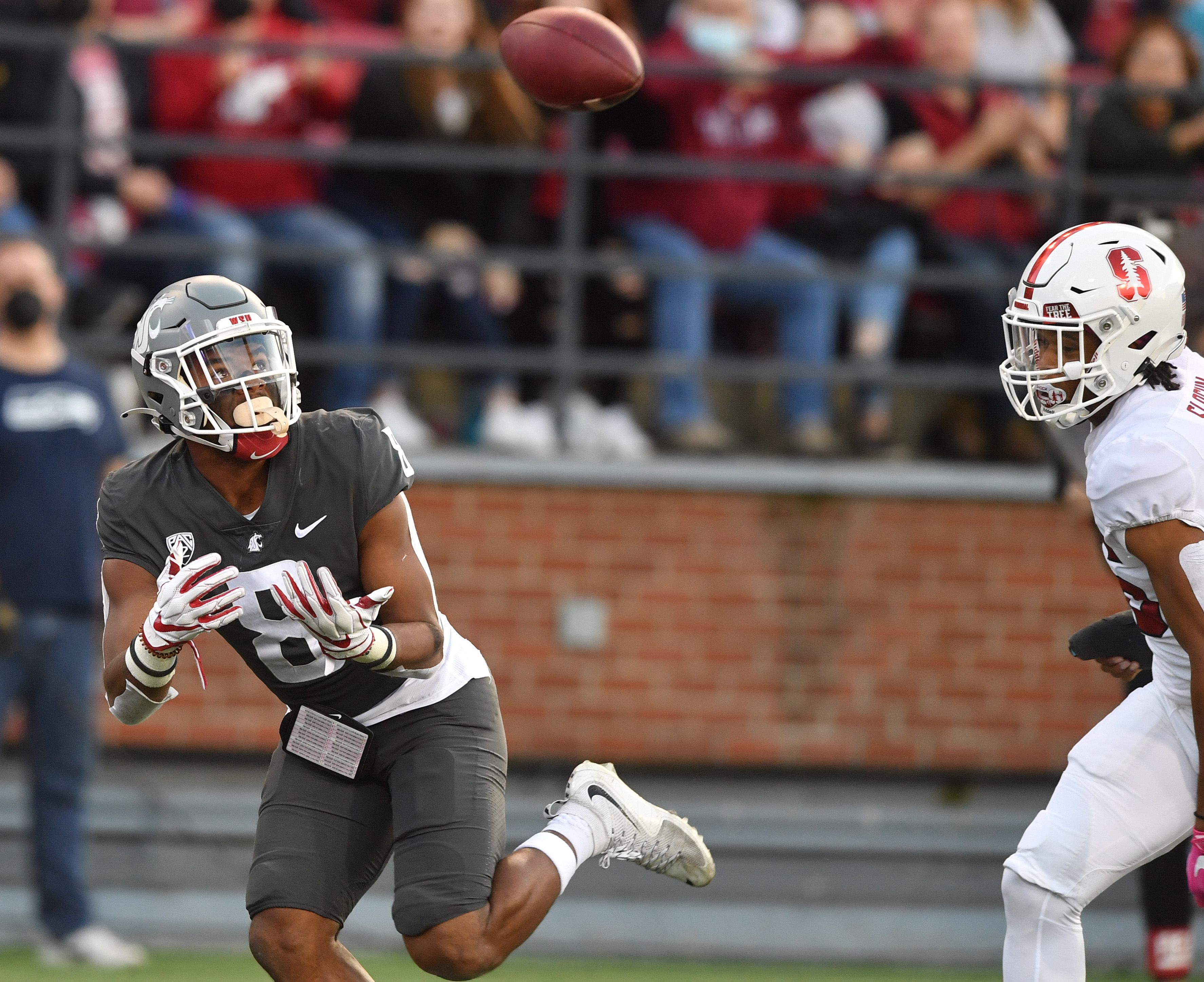 WSU: As we alluded to above, Colton thinks Arizona State will win, though not cover the more-than-two-touchdown spread. We disagree. … He also looks at the key elements of Saturday’s game. … As the team is two-thirds through the season – WSU needs two wins in its final four games to earn a bowl invite – Colton also decides it’s a good time grade everyone. … He joined Larry Weir yesterday for the latest Press Box podcast. … Elsewhere in the Pac-12 and college football, some stocks are rising, some are falling. At least in Jon Wilner’s eyes. … Wilner also discusses start times in the Mercury News. … Will college football opt for a 12-team playoff or an eight-team one? The format of expansion is on the table next week. … Run-first Washington tries to get healthy at Stanford, but it won’t be easy for the Huskies. … Oregon doesn’t have a bye, but it does have the second-best thing. The Ducks host offensive-challenged Colorado just as their defense is improving. … Sam Noyer would have helped the Buffs. But the transfer quarterback is still helping Oregon State despite not playing. The Beavers face California this week. … UCLA still doesn’t know who will start at quarterback when it faces Utah tomorrow night. … Arizona assistant Brennan Carroll (yes, Pete’s son) used to coach at USC. He has a homecoming this week. … Will James Franklin lead the staff next year? … How will the Trojans use quarterback Jaxson Dart, if at all? … In basketball news, Colorado has a diverse group of bigs to play through.

Gonzaga: Around the WCC, BYU will hold a scrimmage. With fans in attendance. Idaho: The Vandals have some experience in the defensive backfield. As Peter Harriman tells us, that will be tested this week when Northern Arizona comes to Moscow on Saturday. … Around the Big Sky, a Weber State matchup with Idaho State may not, most years, be competitive. But who knows about this one. … As Montana prepares for Southern Utah, a Griz player reflects on football’s meaning to his life.

Preps: Like father, like daughter. At least in the case of Baylee Mires and her dad John, the longtime Mead track coach. Justin Reed tells of Baylee’s plans to coach at Notre Dame. The university, not the high school. … Dave Nichols has two roundups we can pass along. The first covers soccer playoff action. The second has everything else that happened Thursday. 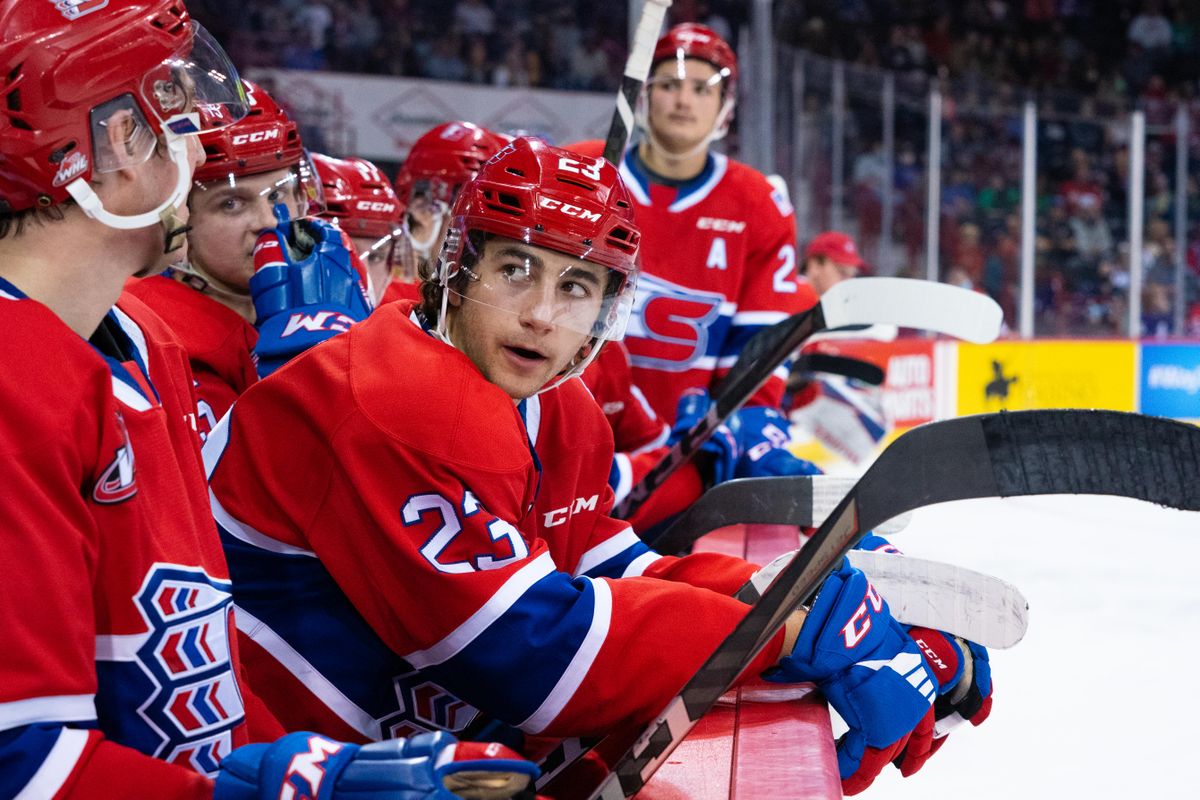 Chiefs: Playing junior hockey is a maturing experience in normal years. Players, almost all in the middle-teens, leave home and experience a completely different life. With COVID-19 and its restrictions in the picture these days, the away-from-home aspect is even more pronounced. Angela Schneider has this story on how the Chiefs’ players are dealing with it.

Shock: The IFL regular-season schedule is out. It starts in March and ends in mid-July, when playoffs begin.

Seahawks: The defense is rising and has a chance to improve its statistical standing this week even more. But is it because it is playing better or the competition? The latter may be more likely. … Bobby Wagner is always trying to get better. In every way. … Statistically, Geno Smith has been pretty poor since replacing Russell Wilson in the starting lineup. Mariners: Shortstop J.P. Crawford won the Gold Glove last season. He’s a finalist again this year. … Here’s a handful of M’s minor leaguers who had good seasons. … The World Series is tied, sure, but it hasn’t been all that exciting. … Bob Melvin is leaving Oakland for San Diego. Interesting.

Kraken: Hey, a two-game win streak. Seattle hit that mark for the first time with a 4-1 win over the visiting Minnesota Wild.

Sounders: Jordan Morris may be back in the lineup Monday. That would be huge for a team in need for a pick-me-up.

• I had to open the slider this morning just to hear the rain. Its rhythm is not just worth humming an ancient song, it is also so soothing I almost forgot I had to work. Until later …