A GRIP ON SPORTS • There are many reasons to pull out the hammer this morning and start swinging at Gonzaga basketball coach Mark Few. Nail his hide to the wall for what happened Monday night, when Few was pulled over by the Coeur d’Alene Police and cited for allegedly driving under the influence. But there is one huge reason not to, and it may not be what you think.

• If sports really is the front porch of your local university, then Tuesday afternoon someone left a burning bag of you know what on Gonzaga’s. 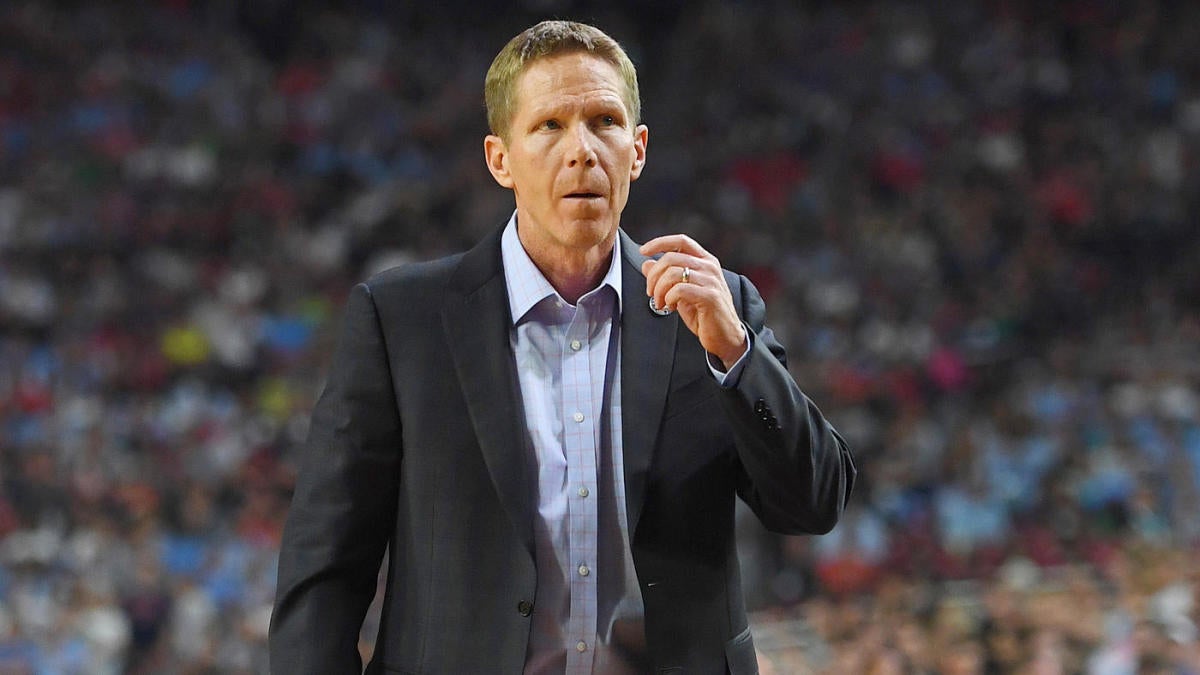 Few’s citation the night before became public knowledge yesterday. According to the police report, Few was seen driving erratically Monday night. He was found and pulled over. When his breath test – he refused to complete field sobriety tests but did provide breath samples – was analyzed, his blood alcohol level was well above the legal limit, hitting 0.120.

The predictable occurred when the news hit. Social media went bananas. And rightfully so. Even Few, in a statement released Tuesday evening, acknowledge his “lack of judgment.” And though he didn’t assume any guilt, he did mention his commitment to learning from “this mistake” and working to “earn back your trust in me.”

But it was the final couple sentences of Few’s statement that hits home, literally. “I am exceedingly grateful,” he wrote, “to those who continue to offer support to me, especially my wife and children. Thank you.”

And that’s the crux of where we are today.

Once again we’re looking at a drunk driving incident, seeing the statistics and being overwhelmingly grateful that families, Few’s and any others, were not affected in the worst possible way.

What happened Monday night in Coeur d’Alene is not unusual. Upwards of ¾ of a million people are cited or arrested for some sort of  driving under the influence every year in this country, the large majority of them men. And that has to be just the tip of a Titanic-sized iceberg. How many people make the same mistake and turn on the engine of their car when they shouldn’t? It has to be a few thousand each day.

That awful decision has been made by people close to us and, more than likely, people close to you. Most of the time the worst doesn’t happen. And what happened to Few on Monday, while embarrassing and regrettable, isn’t the worst.

The worst happens way too often. Someone gets killed by a drunk driver. More than 10,000 times in the United States alone in 2019, according to the U.S. Department of Transportation.

And that only includes the people whose lives were snuffed out in crashes involving a drunk driver. It doesn’t include the many, many more who survive and have to deal with the aftermath.

He might not feel that way right now, but Mark Few was incredibly lucky. And he should thank whoever reported his erratic driving. Who knows what could have happened a block down that Dalton Gardens road. Something so horrendous, Few, his family and Gonzaga would be in much different place today.

Because it happens. All too often.

Hopefully, what happened to Few on Monday night, whether he is found guilty or not, will be a wake-up call. Not only for him but for those who see him as something of a role model. As Gonzaga’s coach, he has a tremendous soapbox. He needs to use it. After he deals with any possible punishment, from the legal system or imposed by the university, he has an opportunity to turn his “lack of judgment” into a teaching lesson. And that lesson is simple. Never get behind the wheel after drinking, no matter how capable you think you are.

Let’s hope he takes the opportunity to share what he has learned.

• If you were under any illusions being at the pinnacle of your profession, especially a profession in which success depends on split-second decision-making, gives one immunity from making poor choices, hopefully the last few weeks have driven those from your mind.

Money, accolades, brains, awards, none of that insulates anyone from making dumb decisions. What really shows character, however, is the manner those decisions are dealt with.

• If you like Northwest sports, and Northwest sports trivia, than this quiz from Howie Stalwick is for you. Remember, show your work. We mark down for out-of-the-blue guesses, even if they are correct. 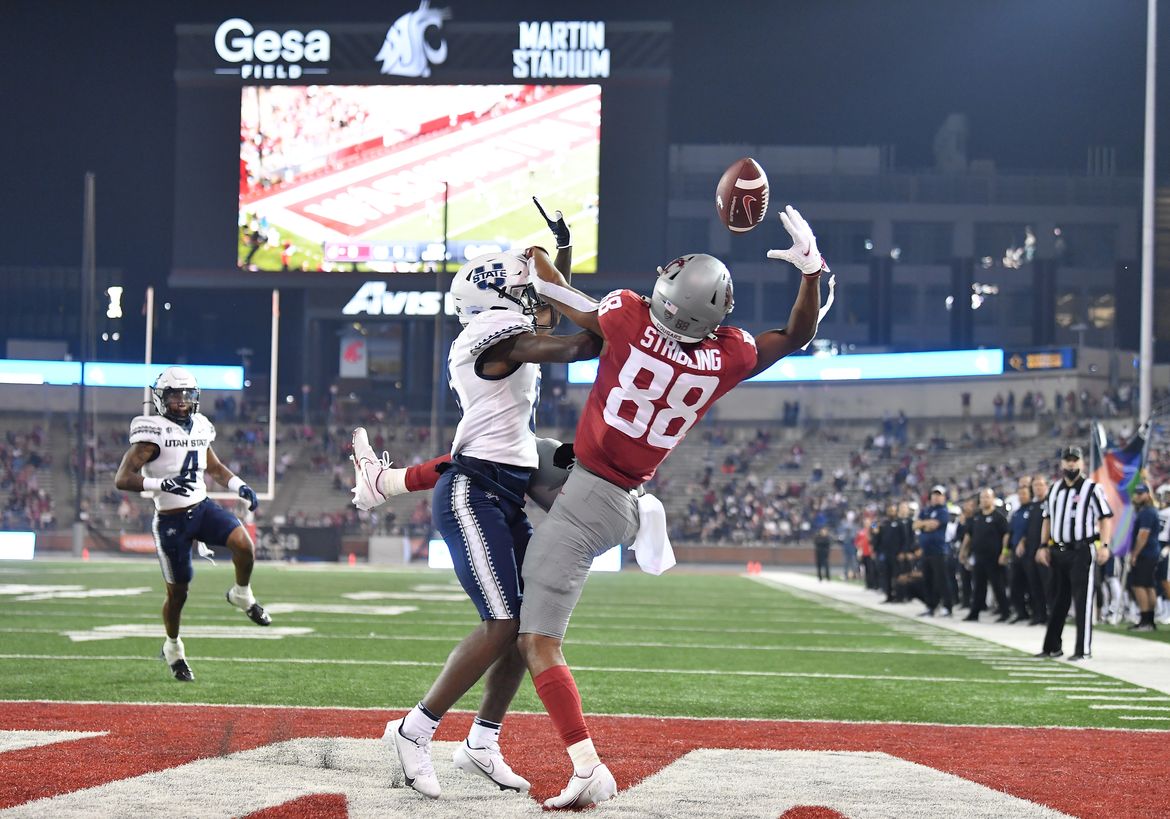 WSU: It was old home day for Theo Lawson. Filling in for Colton Clark, who somehow already wrangled a day off, Theo covered Nick Rolovich’s press conference Tuesday. The Utah State loss was more of a subject of discussion than the upcoming game with Portland State. … Theo also has a story on a defensive line commit from Southern California. Taitai Uiagalelei has quite a few famous relatives. … The biggest news of the day, however, wasn’t just confined to Washington State. Every professional team in the state, as well as WSU and Washington, announced stricter vaccination policies for upcoming events. Sydney Brown has the coverage for the S-R. … Elsewhere in the Pac-12 and college football, this is the most important Saturday ever in the conference’s football history. At least that’s how Jon Wilner sees it. And he’s not wrong. … After one week Jon has revised his bowl projections, dropping Washington completely. That seems harsh. … Dylan Morris is still the Huskies’ quarterback. … Oregon State and Oregon have one thing in common. They both know they have to play better to win this weekend. The Beavers face Hawaii. The Ducks? They have the tougher assignment. A noon game at Ohio State. … Colorado’s depth is young. … With BYU on the verge of joining the Big 12 and Utah about to become part of the Pac-12’s scheduling alliance, this year’s rivalry game may have more meaning. … Stanford will have a new quarterback this week when it plays at USC. … The Trojans need to an offensive boost despite an improved running game. … UCLA joined the polls after its win over LSU. … Arizona State is getting ready for a UNLV team coming off a loss to Eastern Washington. The Sun Devils are on the cusp of the top 10. … Arizona has one player for whom defenses have to game-plan. … Finally, one of my favorite USC football players died this week. I will always remember Sam Cunningham diving over the pile and into the endzone, quite possibly the first player to do it consistently. But he was more than that. He was an impetus for change. And that’s more important. 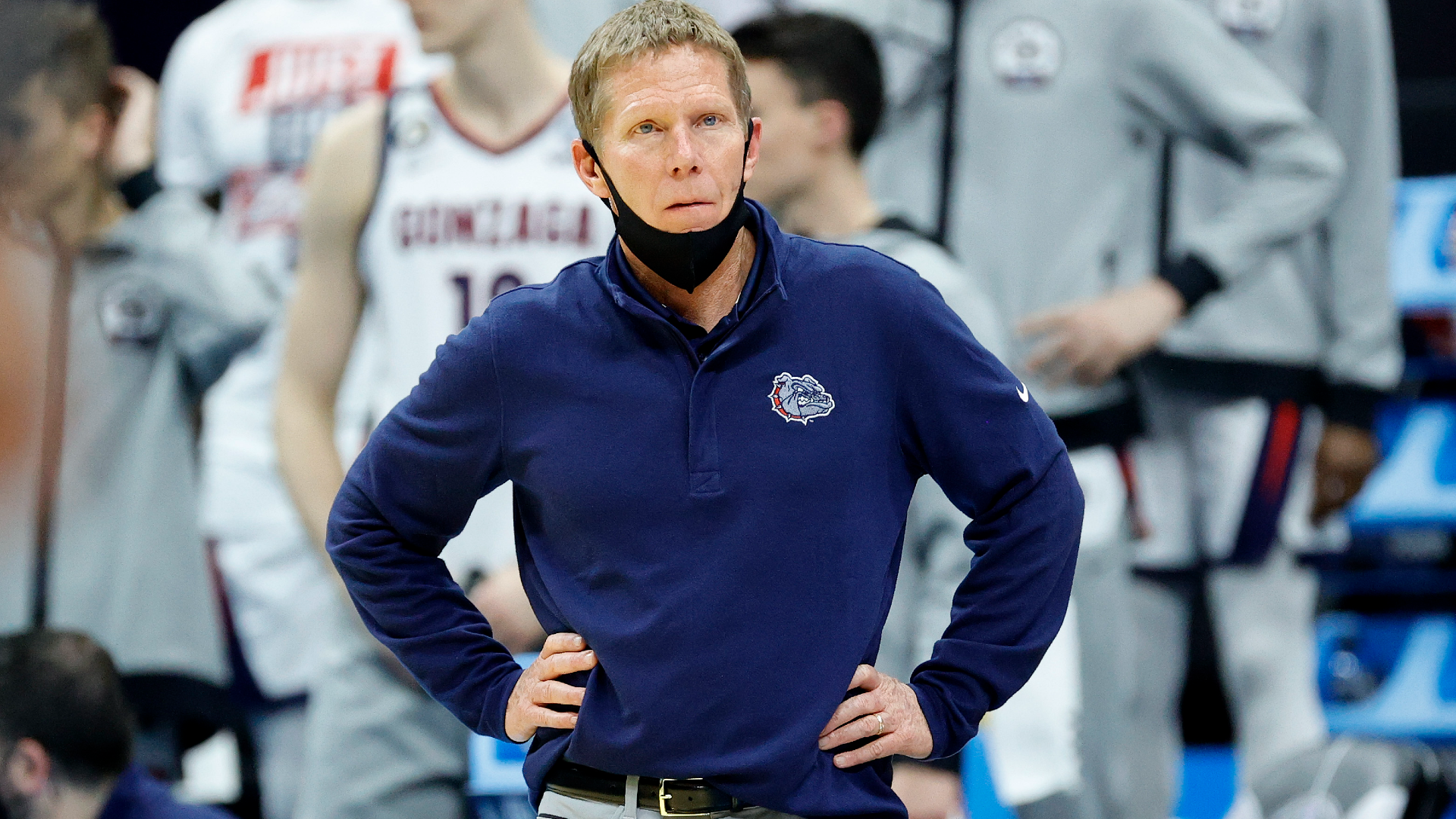 Gonzaga: We had our thoughts above concerning Few’s arrest. The news? That was covered by the S-R’s Greg Mason and Nico Portuondo in this story, which we also linked near the top of the column. But that’s not where the coverage stops. Of course not. Few’s standing in college athletics is such that everyone from ESPN to USA Today to CBS to TMZ, for goodness sakes, covered it.

EWU: Larry Weir and his friend Paul Sorensen got together yesterday and talked about the Eagles win (and the Cougars’ loss). Here is Larry’s latest Press Box podcast. … Around the Big Sky, Northern Arizona has some mistakes to fix. … Northern Colorado has identified what it has to do to win. … Montana State has a bigger addition to its defensive line. … Montana hosts Western Illinois. But that’s not the biggest news. Montana and Montana State are going to be allowed to sell alcohol at their games for the first time.

Preps: Dave Nichols has our roundup of Tuesday night’s action in a couple sports.

Indians: Another game, another win. Spokane just keeps rolling along, winning for the 23rd time in the last 29 games. Dave has the story of the 5-4 win over Vancouver in Hillsboro, Ore., a win that kept the Indians in first place.

Mariners: So long Houston. And good riddance. The M’s blew a golden opportunity to pick up ground in the wild card race Tuesday night. See, they blew a two-run, ninth-inning lead and lost in 10, 5-4 to the Astros. We apologize for putting the kiss of death on Paul Sewald. … Kyle Lewis’ season is done. He has a bruised knee and won’t be back. … Will Yusei Kikuchi be back next season? 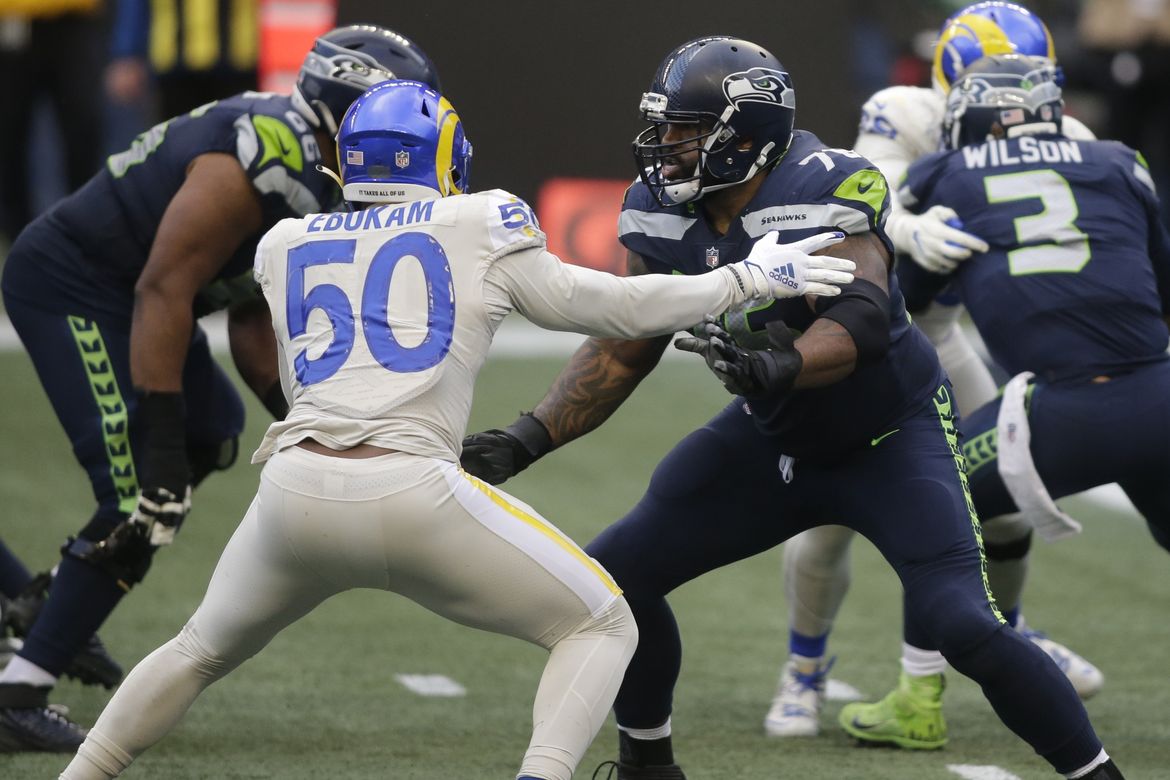 Seahawks: Duane Brown is back participating at practice. The left tackle and the Hawks came to an agreement that doesn’t include an extension. However it does include more money for this season. … Yes, the defensive backfield is still in flux. As is the roster. … As we said in the WSU section, every professional team in Washington has instituted some sort of vaccination or testing policy. … Nate Burleson is making a name for himself as a broadcaster. And not in sports. … DK Metcalf is fast. How he got that way is interesting.

Storm: The offensive woes are gone, for one night at least. Seattle exploded from beyond the arc and ran Washington out, 105-71, in Everett.

• We took a quick look at the most popular stories on the Seattle Times website this morning. The top two? Not politics or Afghanistan or hospital overcrowding. Few and COVID-19 protocols for the state’s sports teams. What a world. Until later …