A GRIP ON SPORTS • Rain in tomorrow’s forecast? How about today’s? Not outside. Here. It’s a busy Thursday, that’s for sure. Let’s get to it.

• Where to start? How about in the halls of the McCarthey Center? And, no, not with that news. We will get to Mark Few’s troubles in a moment. Right now we want to talk about the Zags’ BYU problem. Tell me, when you think of Gonzaga’s biggest West Coast Conference rival today, who would it be? Not historically. We know that answer – in men’s basketball at least. Saint Mary’s. But right now. Yep, Brigham Young University.

And, no, it’s not just men’s hoops, though that colors everything for GU. In just about every sport, from baseball to women’s hoop to cross country, BYU is the Robin to the Bulldogs’ Batman. And, in some cases, the super hero itself.

Men’s hoop? Who else but the Cougars have come into the Kennel three consecutive years and won? No one, that’s who. Heck, over the course of seven games a few years back, BYU won three. That’s almost .500. That the Zags then went on a six game winning streak only cements the importance of the rivalry, as did the Brigham Young home win – 91-78 – in 2020 that snapped it.

But that’s all about to end. Tomorrow, the Big 12, decimated by the SEC’s poaching of Texas and Oklahoma, will invite the Cougars to join. And the school will accept. It has to. It is too good an opportunity financially for the school. And it gives the Cougars’ football team a home. The West Coast Conference will lose its most potent athletic program outside of Spokane. The conference’s national profile will take a hit. As will its computer ratings which the NCAA uses to help seed March Madness.

There is no way to spin this except as a loss for the WCC. A loss we saw coming when the Cougars left the Mountain West a decade ago, went independent in football and parked the rest of its sports teams in the WCC. Double parked, actually, with the intention of leaving as soon as a Power 5 conference came calling. The Big 12 will Friday. And BYU will answer in the affirmative.

• When the Cougars leave – the consensus is the 2023-24 school year will be its first in the Big 12 – the West Coast Conference will have nine schools remaining. Does it stay that way? Or does it add another member, say Seattle University or another California school, to get back to an even number?

It’s a tough question. And one that Gonzaga will have to answer.

Is it better to add a school that fits into the conference’s mainly Catholic University profile, but is still building a successful program, like Seattle U? Or would it be better to try to entice an already successful UC school, whether it be Santa Barbara or Irvine – my choice, for obvious reasons – or Davis, into leaving the Big West, a bus league with fewer expenses?

Though this is a conference-wide decision, the Zags will be the driving force. They always are in such matters.

By the way, this happens to be the main topic of Larry Weir’s latest Press Box podcast, as he spoke with Steven Karr yesterday.

• There were more details on Few’s DUI citation from court documents obtained by the S-R’s Nico Portuondo. His story details the circumstances leading up to the traffic stop and what happened after.

• Consuming a baseball game has changed radically over my nearly 65 years on this planet. Where once radio was the dominant medium, nowadays that is usually the third or fourth choice of the young fan. We get it. We don’t embrace it, but we get it.

Which brings us to yesterday, when the Mariners’ final game in Houston this season was televised on YouTube TV or something like that. And only there. Funny thing, though. Our consumption of the M’s electrifying 8-5 win seemed almost, well, normal. And something of a throwback.

Thinking I would be unable to access YouTube except on my computer, I started the game listening to it on the radio. You know, really old school. Later, when I checked back in, I did so on my phone, following ESPN’s gametracker. You know, really new school. But I heard a noise from the TV room.

It was the game. My son was watching on our (really) smart TV. Seems I was an idiot (as you all know too well). Accessing YouTube TV is as easy as watching Paramount+ or Netflix or Prime. Easier. At least it was for this game. He didn’t even need to pay for it.

The final inning? I watched it on the TV (old school). High-def TV (new school). The size of a school bus (really new school).

• The last sporting event on the TV yesterday? That would be the U.S. National Team’s disappointing loss to Honduras in World Cup qualifying. The U.S. team looked lost … hold on, I’m being told the U.S. scored four second-half goals and won? No freaking way. I walked away before the half because, well, it was an embarrassment. And I was sleepy and needed to go to bed.

If you left early too, then reading about the result today would be worth your while. A new U.S. star may have been born. And never in the history of sports has a team changed so drastically at halftime. Or something like that. Cougar fans, hearing such drivel, just laugh. Am I right? 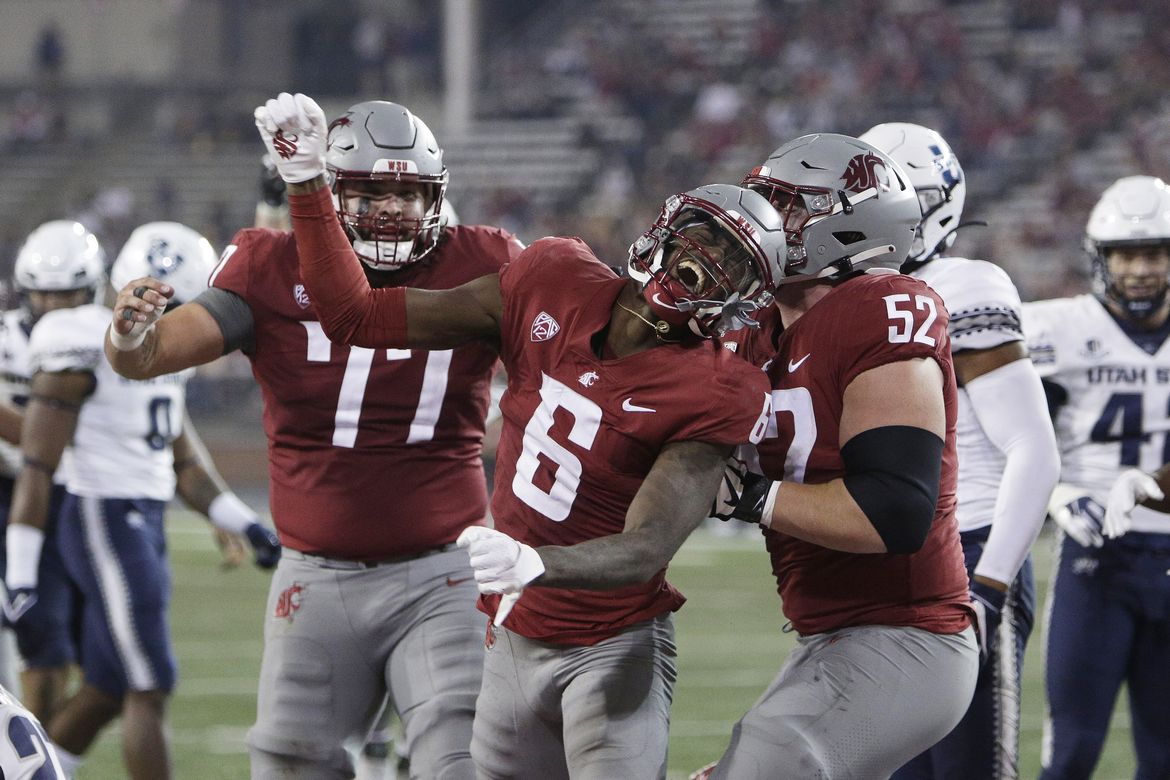 WSU: Maybe we should check in with the area’s other basketball school. The Cougars’ Kyle Smith has attracted another highly touted big man from Nigeria. Solomon Ominu, a 6-10 forward, announced his commitment yesterday. Colton Clark, all moved in, has this story. … Oh, right. The football season is still going on. And Nick Rolovich isn’t worried about the resilience of his team. Colton has that story as well. The Cougars host the Big Sky’s Portland State at 3 p.m. Saturday. … Theo Lawson is still involved. He has a story today on where WSU, Eastern and Idaho players have landed in the NFL this season. … Elsewhere in the Pac-12 and college football, it’s a big weekend for the conference. Jon Wilner delves into that again today in the Mercury News as well as making his picks for the games. (He doesn’t pick the WSU contest because of the FCS opponent.) … Jon wrote earlier this summer about the threat wildfire smoke poses for early season games. The Athletic examined that today. … One of the key games for the Pac-12 occurs in Ann Arbor, where Washington will try to put the Montana debacle behind and upset Michigan. … The biggest game Saturday, however, is the first one. Oregon at Ohio State. No. 3 hosting No. 12. Pac-12 vs. Big Ten. The key? It may be Kayvon Thibodeaux’s ankle. Or it might be the Oregon offense. Or its defense. … There is a big conference game on tap as well, with USC hosting Stanford. The Trojans are coming off a win. The Cardinal are not. … Oregon State’s defense, good against Purdue, wants to be more consistent at home. … The rivalry with BYU divides Utah families on and off the field. … Colorado has another weapon on offense. … Ranked UCLA has a bye week, looking to improve. …The depth chart hasn’t changed much for Arizona State. … Arizona has a case of the red-zone blues. 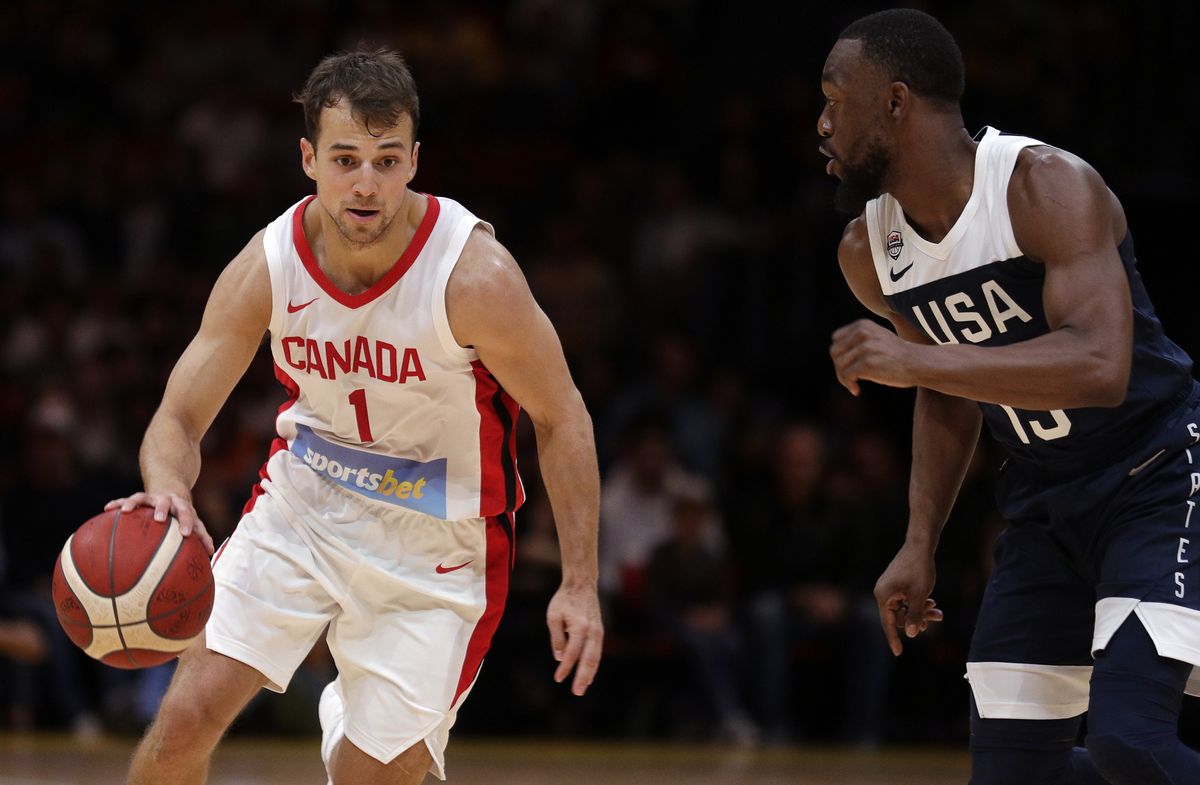 Gonzaga: Kevin Pangos has been playing all over the world since he graduated from GU in 2015. He’s finally coming back to North America, having signed his first NBA contract, a two-year deal with the Cleveland Cavaliers. Theo has more in this story. … We linked the Few story above but we do it again here in case you missed it. And don’t miss all the BYU-to-the-Big-12 stories above either.

EWU and Idaho: Around the Big Sky, UC Davis’ win at Tulsa led to some conference awards. … This isn’t the first time Montana and Western Illinois have played. … Northern Arizona needs more players to take strides. … Northern Colorado needs to quit hurting itself.

Indians: Spokane is no longer in first place after its bullpen surrendered in Hillsboro, Ore., last night. Dave has the story on the 11-5 loss to Vancouver. 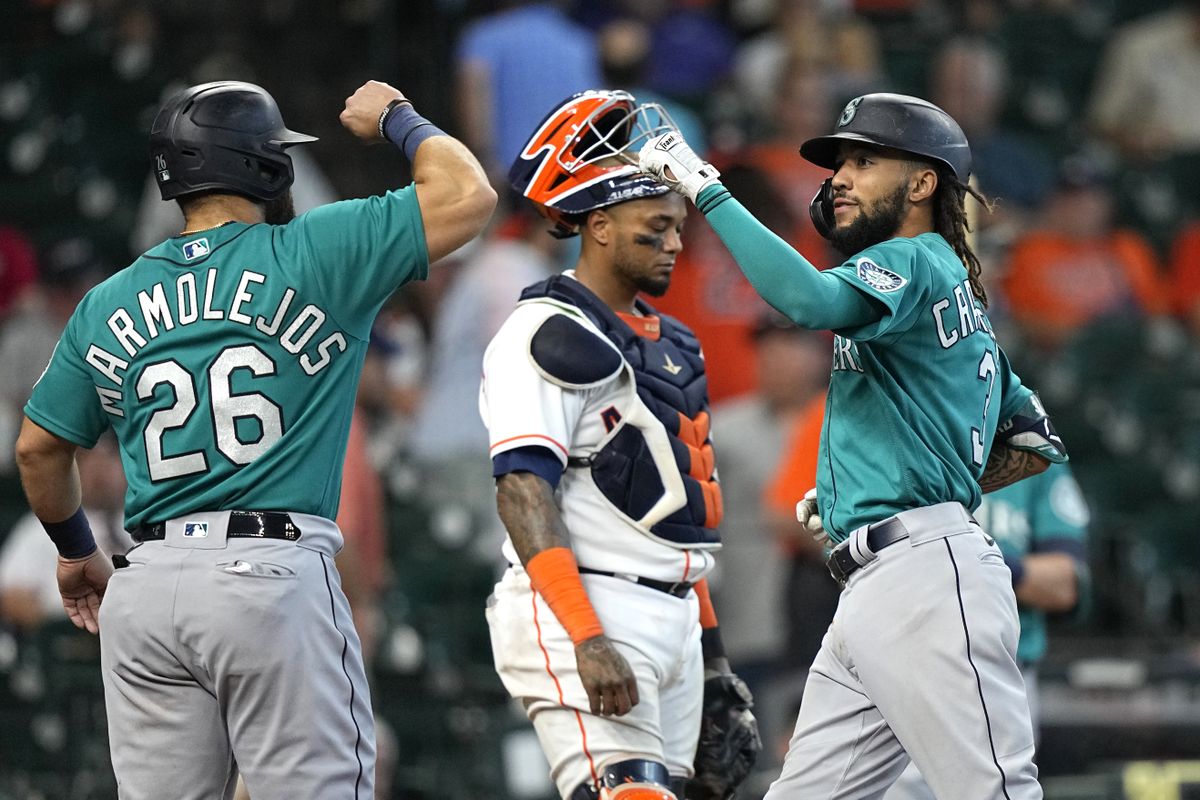 Mariners: We mentioned the M’s 8-5 comeback win above. It is emblematic of how this group just keeps plugging away. It might not be enough, but Seattle keeps trying. … Cal Raleigh is plugging away, trying to get out of a recent slump.

Seahawks: Duane Brown talked with the media yesterday. He talked about his contract. His relationship with Russell Wilson. More. But it doesn’t matter all that much. The left tackle will be playing Sunday. That matters. … No surprise here. The Hawks need to win this season or there will be hell to pay. Like every NFL franchise, even New England, there will be hell to pay some day. … Bobby Wagner has always played with K.J. Wright. No more. … The Hawks may have caught a break.

• Today is it my friends. The last hot day of the summer. At least it seems that way. It very well may hit 90 today, then drop to the low 70s tomorrow with rain rolling in. I will have to cram my entire still-to-do-outdoors-this-summer list into one day. Or take a nap under the spreading chestnut tree. Wonder which one I will choose? Until later …