A GRIP ON SPORTS • We know, we know. It’s Saturday morning. It rained over night and cooled way down. All you want to do is bundle up, grab a cup of Joe and watch Lee Corso put on a mascot head. Us too. So let’s get to it. And we start, for some weird reason, with basketball.

• Did Mike Roth know something we didn’t? He retires after two dozen years as Gonzaga’s athletic director and bam, the school is hit with back-to-back left crosses within 10 days. 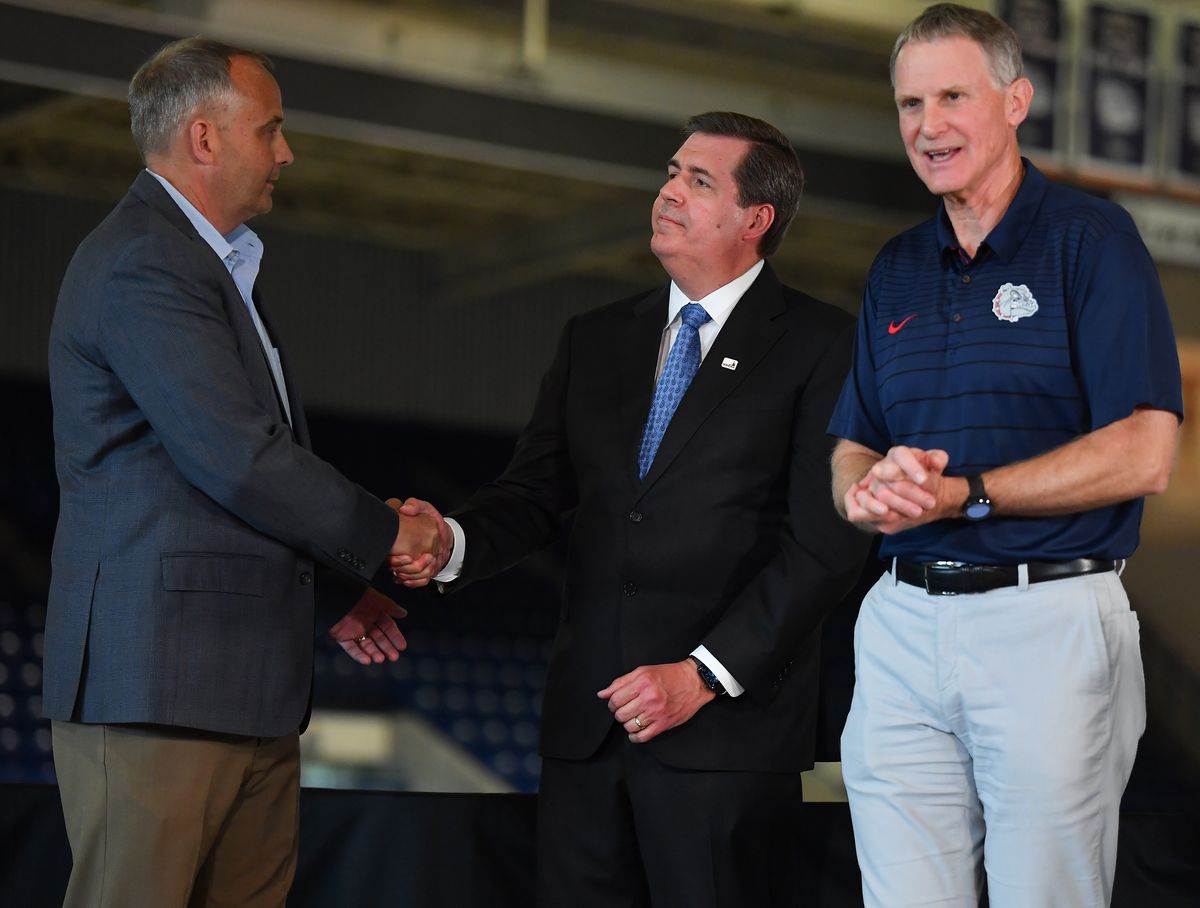 Mark Few gets cited for driving under the influence one day and less than a week later the West Coast Conference is hit by a defection of its most notable school outside of GU, as BYU accepted an invitation Friday to join the Big 12 in 2023.

Talk about dealing with body blows.

Funny, they’re no longer Roth’s problems. Chris Standiford has to deal with them.

One will stay in house. And how he deals with Few’s issue may define his tenure. The other one, though not just a Gonzaga issue, will define the future.

West Coast Conference membership has been good for BYU. Being locked into a conference in which winning the basketball title – and winning in basketball is the most important thing to Cougar alums – proved impossible challenged the school in ways it had never been challenged before. To even compete, to earn those season-defining wins in the Kennel or on the home floor, forced the Cougars to up their game. Not just on the court but off it as well.

The football team, the moneymaker of all moneymakers, was forced to wander the independent wilderness, sure, but thanks to a loyal fanbase, it was able to make do while the school searched for the promised land. And now it has been found, though Kansas and Oklahoma and Texas may not be many folks’ idea of heaven. (Iowa, maybe, if Field of Dreams is to be believed.)

The basketball program faces a new challenge. Three programs currently at or near Gonzaga’s level: Kansas, Baylor and Houston, the latter two having joined the Zags in 2021’s Final Four.

And the Zags? They are left with one less NET-rating booster in in their conference. Throughout its tenure in the WCC, BYU could be counted on to be either the best or second-best challenge the Bulldogs would face between the New Year’s Day and March Madness. That will be gone in a couple years. And there is no one, not even Grand Canyon, who can fill that void.

So what will the WCC do? The conference’s commissioner, Gloria Nevarez, will be the face of the conference’s strategy, sure. But don’t be fooled. Gonzaga will make the final decision. At least the school will have veto power in some way, thanks in large part to its ability to print cash for the conference members.

Which means much of the decision-making process will play out in Standiford’s office.

What an interesting way to start a new job. 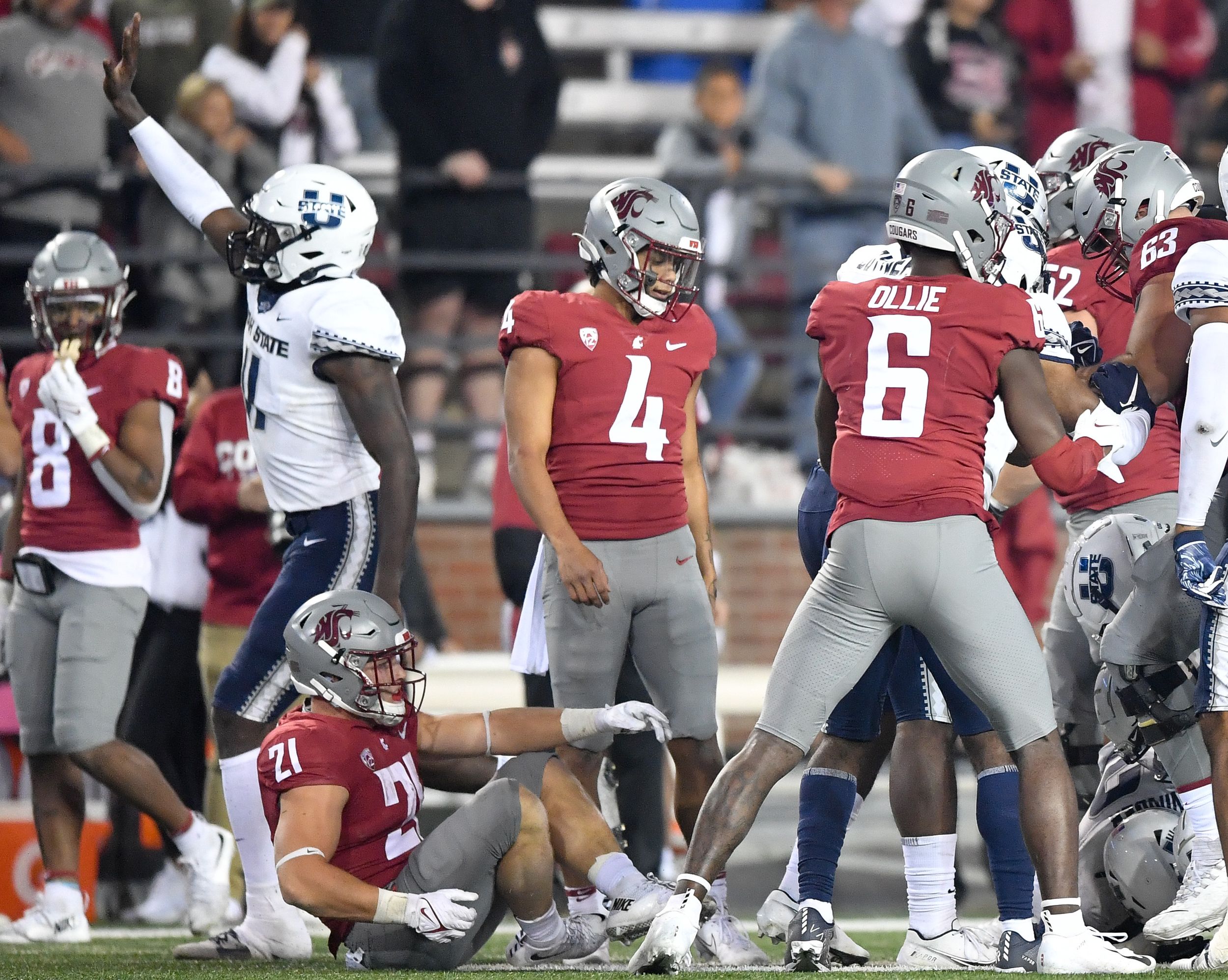 • Today’s football game is not a win-win for Washington State and coach Nick Rolovich, even if the Cougars roll over Big Sky also-ran Portland State. After last week’s debacle against Utah State (who had to rally in the second half to get by another FCS school, North Dakota, last night), the Cougs need to win. And win big.

But considering the competition, even that will elicit a yawn or two and cries of “wait until next week.” That’s when USC comes to town, a game that, at the lest, will allow Rolovich and his crew to build some trust back in the fan base.

If the unthinkable happens today? Well, that’s why it’s called “unthinkable.” No one, not even this, wants to contemplate the horrific reaction if the Cougars were to be upset today. So we won’t.

No reason to borrow trouble. There is enough to go around. 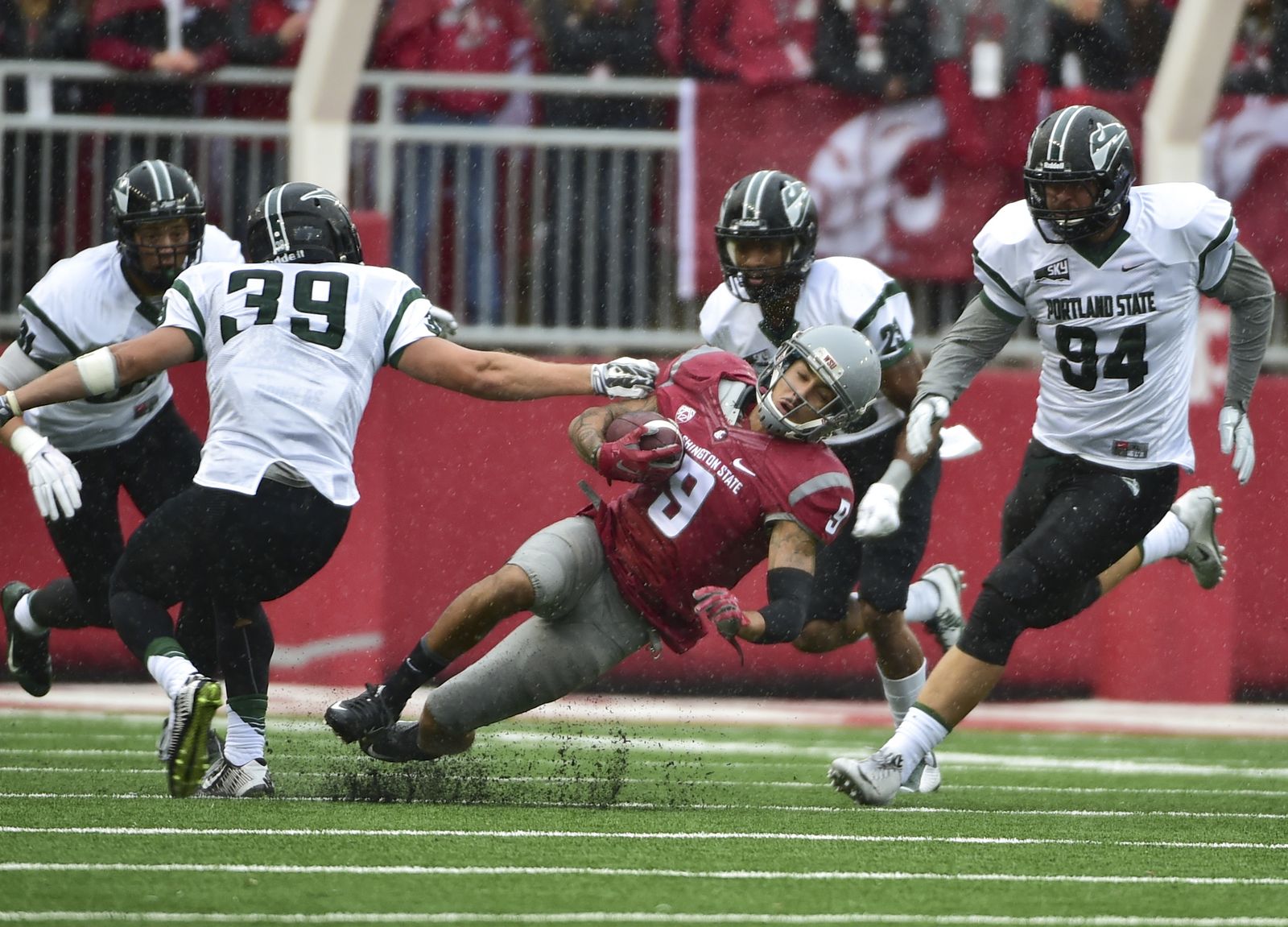 WSU: We’ve been in the Martin Stadium press box when Washington State has played Big Sky schools. Been there for easy wins and hard-to-fathom losses. What will Colton Clark view today? He believes a Cougar win. And he has the reasons behind that belief, as well as a preview, which includes what Rolovich and his team believes. … The Vikings have pulled off an upset in Pullman before. … Elsewhere in the Pac-12 and college football, Jon Wilner has gone over why today’s Oregon game in Columbus, Ohio, is so crucial to the conference. Many times. Now he looks a year ahead and sees the same thing happening. … Speaking of the Ducks, can they pull the upset that puts the Pac-12 in the thick of the playoff hunt? We will know soon as the game begins at 9 a.m. PDT. … Washington has a big game in the Midwest today as well, playing in that state up north (as Ohio State fans refers to Michigan) this afternoon. Can they bounce back and win again in the Big House? … Conference play gets underway in the Coliseum with USC hosting Stanford in a game that is more important for the Trojans. The Cardinal have settled on a quarterback while USC wants to settle in to the top 10. … California travels to Fort Worth, Texas, to take on TCU. It’s a rematch of a bowl game from a couple years ago. Cal lost that one. … Oregon State plays the late game. The Beavers get a chance to bounce back against Hawaii. … The conference gets another shot at the SEC today, though it has flown under the radar. Colorado will host fifth-ranked Texas A&M in Denver. The Buffs have nothing to lose. Neither does athletic director Rick George, who just got a raise. … Utah has a nine-game rivalry winning streak on the line against BYU today. … No. 23 Arizona State should roll over visiting UNLV. … Believe it or not, Arizona is favored over San Diego State in Tucson.

Gonzaga: Theo Lawson talked with a few people yesterday concerning BYU’s defection. Those conversations are at the crux of this story. … The Cougars decision to join the Big 12 isn’t just a local story, however. It will also hit the Pac-12 in football. 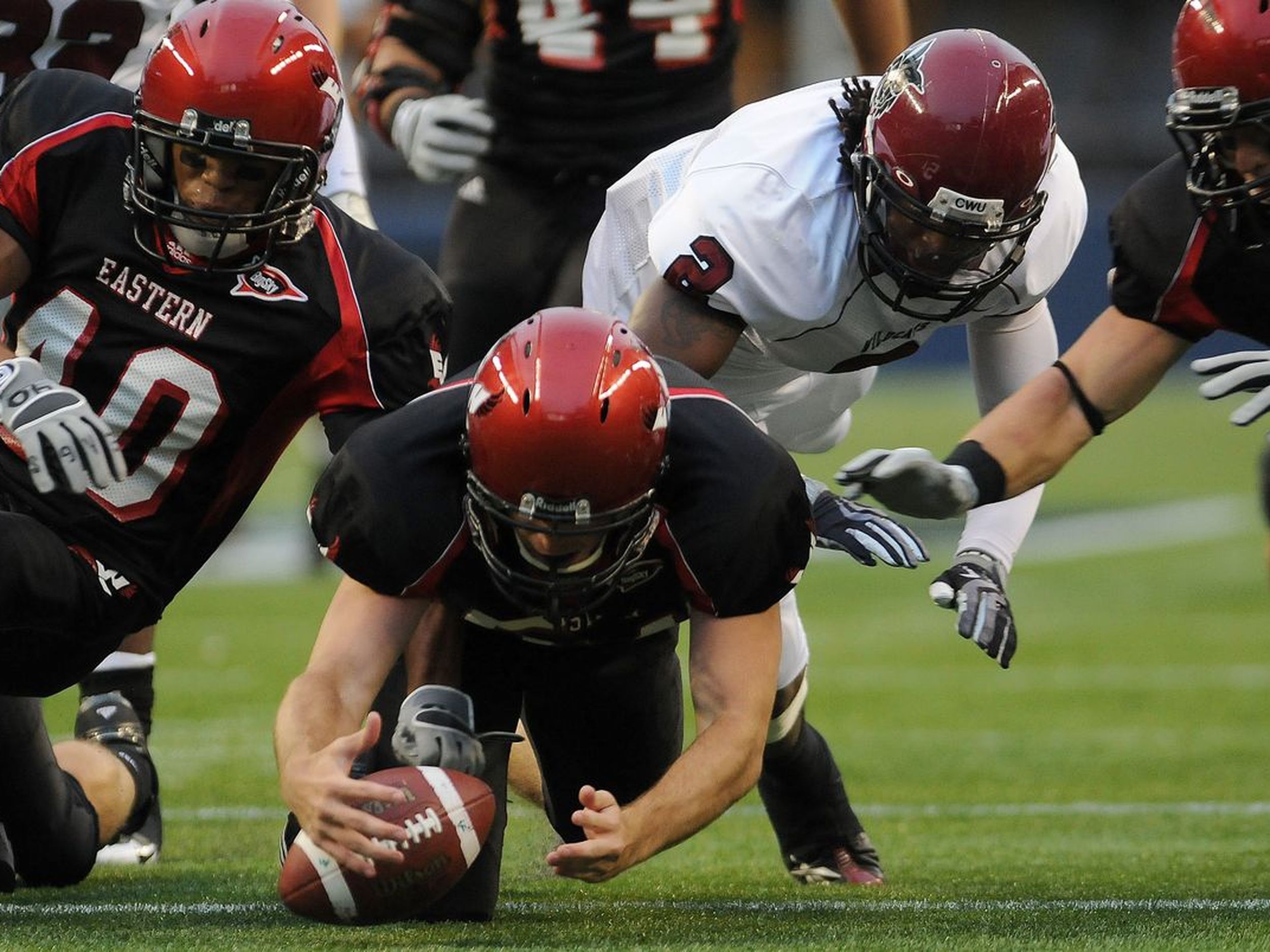 EWU: The Eagles play Central Washington today in Cheney but that’s not all we have concerning Eastern. Nope. Larry Weir caught up with basketball coach David Riley yesterday for the latest Press Box podcast. … Around the Big Sky, will Montana be able to refocus against Western Illinois? … Montana State hasn’t played a home game in a long, long time. The Bobcats host Drake today. … Northern Colorado is on the road again, this time at Houston Baptist. … Weber State also travels but just down the highway to St. George to face Dixie State. … Cal Poly heads inland where Fresno State isn’t too happen with its result at Oregon last week.

Idaho: The Vandals picked up a win over an overmatched foe last week. As Peter Harriman tells us, they hope the tables aren’t turned today when they travel to Big Ten country and face Indiana. The Hoosiers were blown out by Iowa last week. 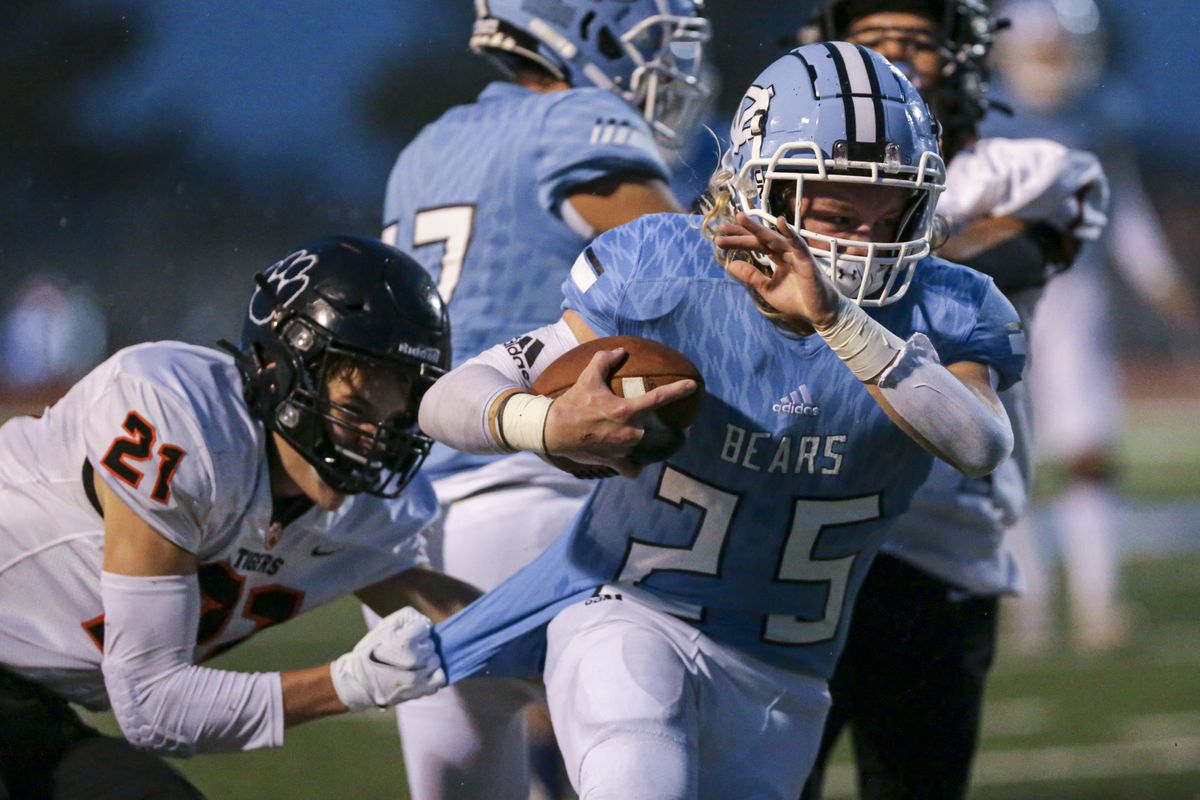 Preps: It rained some last night during the high school football games but that was probably enjoyed in some regard. Another little “normal” thing. Dave Nichols was at Central Valley High where the Bears’ defense did a number on Lewis and Clark, leading to a 21-0 win. … Dave also put together a roundup of other action.

Indians: Spokane ended its two-game losing streak with a 4-1 win over Vancouver. It also picked up a half-game on both Eugene and Everett in the High-A West pennant race. 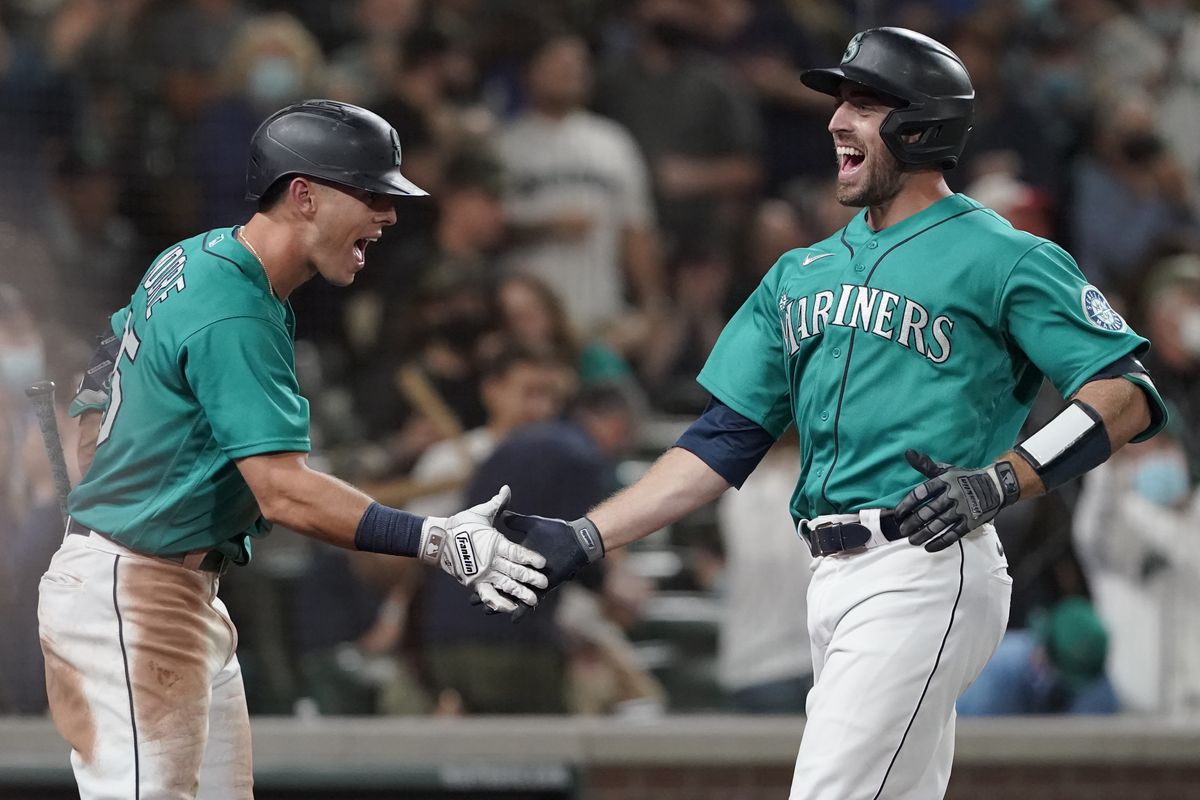 Mariners: The M’s are just a game out of the second wild-card spot after their 5-4 home win over Arizona last night. And they are just two games behind Boston for the host role in the postseason’s first game. Who would have thought? … Tom Murphy hit two home runs in the victory.

Seahawks: Get this. The Hawks are healthy heading into Sunday’s game in Indianapolis. … So is the Colts’ Carson Wentz, who hasn’t done well against Seattle. … How will the Seahawks finish this season? That and other questions are answered here.

Sounders: A couple home losses are not in character. The Sounders are looking to change that narrative.

Kraken: The players continue to roll into Seattle as training camp nears.

Storm: Two of the best players to ever wear the Seattle uniform are in the news. Breanna Stewart will sit the last two regular season games to see if her injured foot can heal. And Lauren Jackson is ready for her induction into the basketball Hall of Fame.

• Yes, it is 9/11. Twenty years have gone by. There are plenty of stories. You didn’t need my blathering about that horrific day. Today is all about honoring those who died in your own way. Until later …