A GRIP ON SPORTS • When Washington State’s 2021 football schedule was released, the Pac-12 opener against USC didn’t seem that special. After all, when the Trojans visit the Palouse, it always seems to happen before the weather turns ugly. And they usually arrive carrying a lofty national ranking. Well, things change quickly in the sport these days.

• Like the weather. If the forecasters are right, it will be cool and rainy in Pullman on Saturday afternoon, unlike the last time USC visited. That was 2017 and on a Friday night matchup between two ranked teams – USC was No. 5, WSU No. 16 – it was in the mid-60s and clear at kickoff. 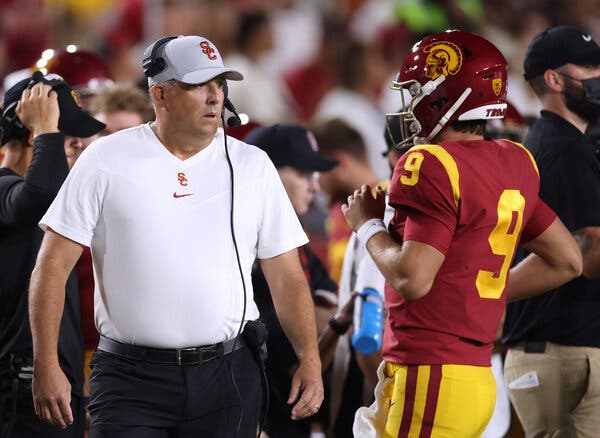 The outlook for Clay Helton was cloudy afterward, however, as Luke Falk led the Cougars to a late tie-breaking field goal, Jahad Woods sacked Sam Darnold to seal it and Washington State won, 20-17.

The cries for Helton’s head haven’t stopped since. And were finally heeded yesterday, following the Trojans blow out loss last week at home to Stanford. USC fired the seventh-year head coach and handed the interim reins to cornerback coach Donte Williams.

It’s a twist that makes Saturday afternoon’s matchup of 1-1 teams all that more interesting. And puts the Fox broadcast into the national spotlight even more.

• With fewer than 20 games left and still outside, looking in to the playoffs, the Mariners are starting to run up against crucial games. They aren’t must-win just yet, but each one is close. Especially when another playoff contender is in Seattle, as was the case last night. Add in two consecutive losses to Arizona and the Mariners were up against the wall, hands tied behind their backs and blindfolds being prepared. Until Mitch Haniger helped them loosen their bonds a little.

His three-run, tie-breaking home run in the seventh helped the M’s shock Boston as Seattle held on for a 5-4 victory.

Logan Gilbert looked like the big-game pitcher the Mariners hope he will become, overpowering the Red Sox at times and giving Seattle six good innings before turning it over to the bullpen.

It’s a formula the M’s will likely utilize down the stretch as they try to close the two-game gap between themselves and the two teams virtually tied for the final American League playoff spot: New York and Boston. With the Red Sox in the Northwest for two more days, Seattle could pull even with one of them. After that, the M’s embark on a 10-game road swing – three in KC, four against the A’s and three vs. the Angels – that should decide their fate. 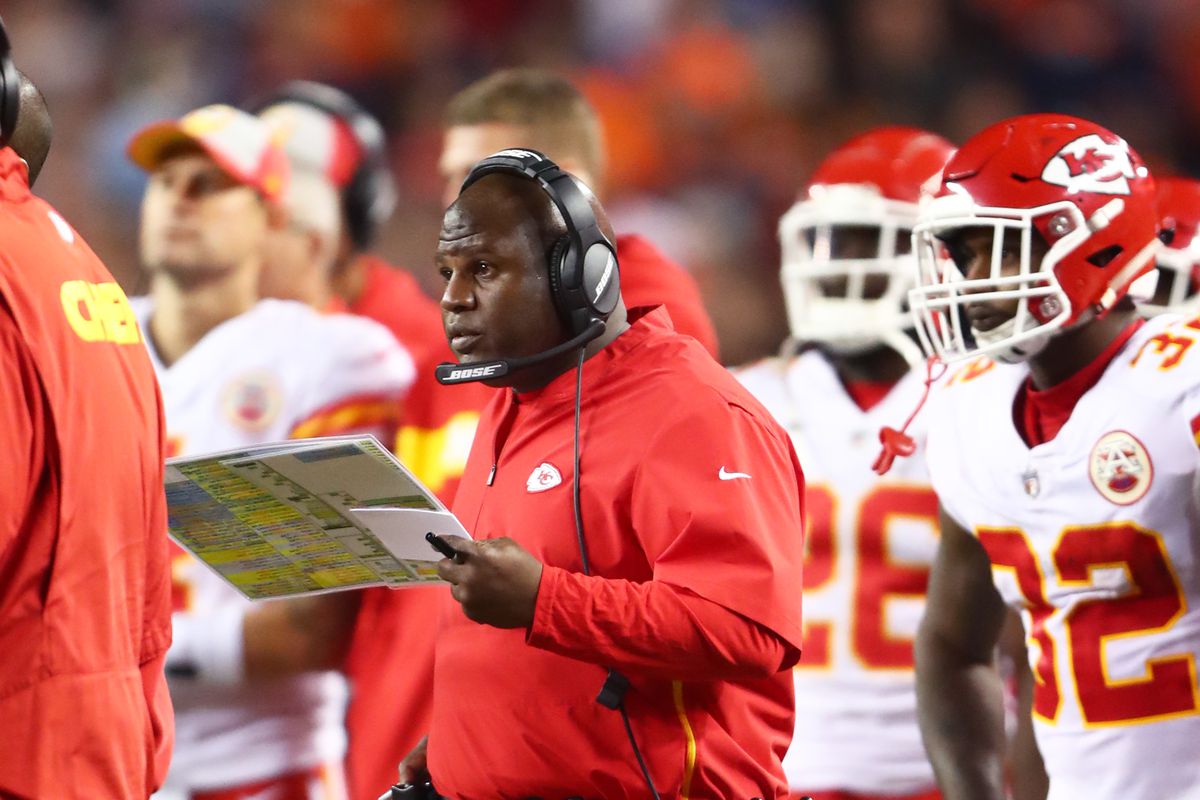 • Back to college football for a moment. There is no shortage of stories around the Web about Helton’s replacement. After all, USC is a national program with unlimited resources and its head coaching position is considered one of the best jobs in the country, even if recently the Trojans have made poor choices.

Hiring a college coach that has had success elsewhere would be the safe choice and the right name would energize the fan base.

But would it be the right pick, no matter who it is? We don’t think so. And USC has to get this right, for itself and for the Pac-12.

There are a few schools in the nation that are more like NFL teams than college programs. Alabama comes to mind. So does Texas. Florida. USC. Which means the best choice, if you want to win national championships, as Bohn professed yesterday in his message announcing Helton’s dismissal, is an NFL coach.

Pete Carroll is a good example. Nick Saban. Guys who have some college experience but also have worked with pros. After all, everyone they recruit believes they are going to play in the NFL anyway, so why not get someone who has been there?

Whether there is a current NFL coach that would want the job is unknown – Carroll was out of work when he took the USC position in 2001 – but there are a couple coordinators, some with head coaching experience, that seem viable.

The Trojans could throw a bunch of money at Ohio State alum Fickell or someone of his ilk, making the safe, and probably highly praised, hire. But if they want to compete for national titles, it takes NFL-ready players. To attract them, a coach with NFL experience is a better bet. And has a higher upside. WSU: As one might expect, the Helton news came up in Nick Rolovich’s press conference yesterday. In fact, Helton was fired as the Zoom meeting was going on. Colton Clark has Rolovich’s response in his story on the coach’s pre-USC thoughts. … Colton also has his first look at USC and a story on Travell Harris winning a Pac-12 player of the week award. … Rolovich was also asked, repeatedly, about his vaccination status. The deadline for getting a shot is fast approaching. Theo Lawson has this story as the coach did not shed any more light on his plans. … Elsewhere in the Pac-12 and college football, Jon Wilner has his power rankings. … Washington is near the bottom and that doesn’t sit well with the Husky faithful. If the Huskies don’t do well against Arkansas State this weekend, there could be changes made. … Though Oregon is coming off a signature win and is facing Stony Brook this weekend, not all the news is good. The Ducks lost tight end Cam McCormick to a season-ending injury and linebacker Justin Flowe’s injury will keep him out a while. … Oregon State hosts Idaho this weekend and will have Chance Nolan starting at quarterback. He’s earned it. … Colorado’s offense needs improvement and it will have to do it without La’Vontae Shenault. … That Utah lost wasn’t a huge shock to Kyle Whittingham. But how the Utes lost was. … UCLA returns to the field to face Fresno State. … Of course, the coaching change was the biggest USC football news in Los Angeles. … Arizona State leaves home for its top 25 matchup with BYU. … Arizona has already decided to change starting quarterbacks and Will Plummer gets his chance to shine against Northern Arizona. … Tommy Lloyd has filled out his basketball staff at Arizona, hiring another person with Gonzaga connections. … Finally, if you are wondering how the TV picks are made, Wilner goes through it one more time in today’s Mercury News. The Cougars have another early game when they travel to Utah on Sept. 25.

Gonzaga: Yesterday was Monday, of course, which means we have Jim Meehan’s conversation with Larry Weir at the core of the latest Press Box podcast. BYU’s defection to the Big 12 comes up.

EWU and Idaho: Around the Big Sky, Montana State is dealing with injuries. … The rankings are out and Montana held steady. … Weber State has a big game Saturday though it will be without its starting quarterback. 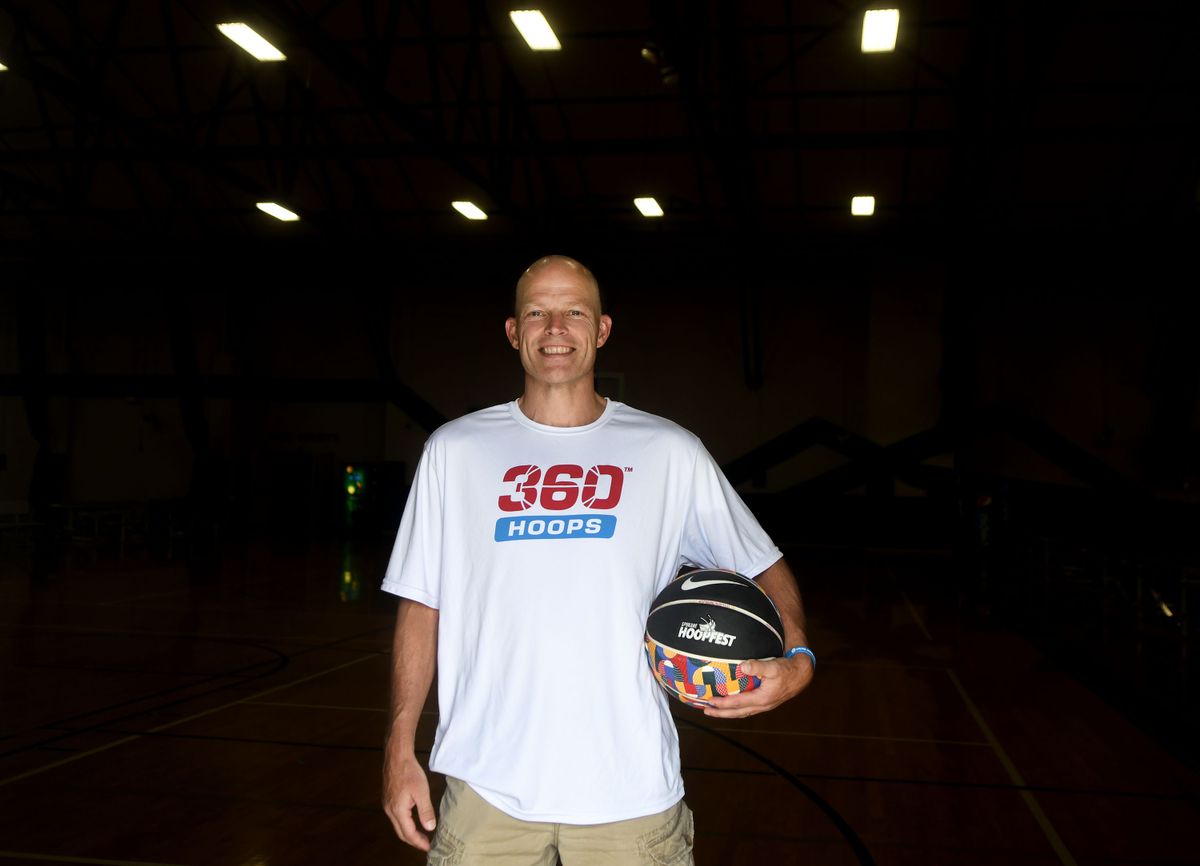 Preps: Former Lewis and Clark High player Greg Stern is in Spokane with a program and plan to help kids through basketball. Jason Shoot has this story. … There have been changes among the administration ranks around the GSL. Dave Nichols’ notebook looks at one spot that has been filled along with other items from around the league. … Dave also passes along a roundup of Monday’s action.

Shock: The Arizona Rattlers are indoor football’s latest iteration of the Buffalo Bills. They always seem to fall just short.

Mariners: Haniger’s big blow was the key in the 5-4 win, that’s for sure. … Tom Murphy is pulling himself out of a slump. … Just as we were finishing up, Jeff Passan posted a story on the ESPN website, reporting the M’s would be hosting the 2023 All-Star Game. 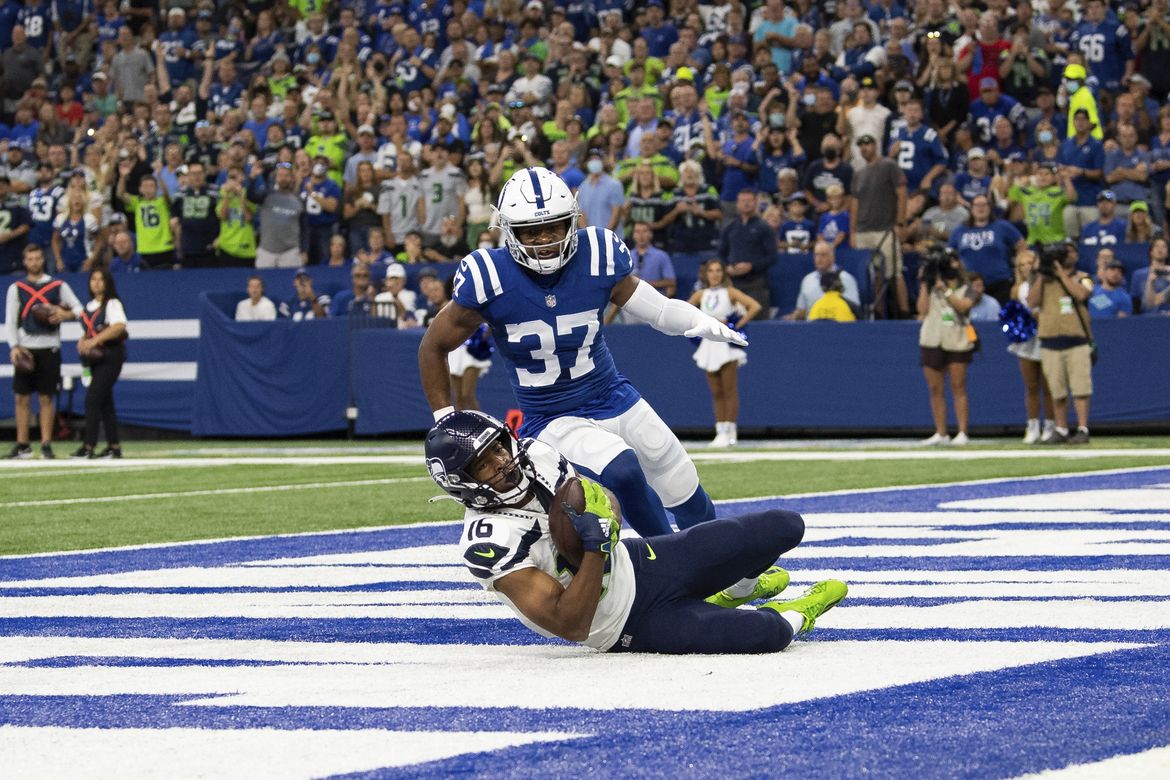 Seahawks: Yes, the Hawks’ offense was on point Sunday. But it has started fast before and recently. Matt Calkins wants to know if it can keep it up. … The defense was solid Sunday as well, leading to high grades all around. … Guess who is hurt again? Yep, Rashaad Penny. The poor guy just can’t stay healthy.

Sounders: If it weren’t for its deep roster, Seattle would be in trouble.

• If we had the choice, we think we would hire Bieniemy to be USC’s next coach. But we know the Trojans won’t take that big a chance. His lack of head coaching experience will doom him. So just how does someone get their first job as a head coach except be ultra-successful as a coordinator? Bieniemy has already done that. Until later …