A GRIP ON SPORTS • Bullpens are funny things. Made up of people with disparate personalities and ways to pitch the baseball, they can be a team’s savior or its doom. Sometimes both in 48 hours. Ask Seattle fans.

• Bullpens are funny things, all right. Too much success can actually be their downfall. Is that what’s happening to the Mariners recently, as the group, which has played such a huge part in keeping them in the wild card race, begins to show cracks?

The raw numbers, as relayed in Corey Brock’s Athletic story, would say no.

“The Mariners went into Tuesday’s game fifth in the American League in relief innings (548 2/3) and just ninth in batters faced (2,293) and total pitches (8,948),” Brock wrote. “Those numbers certainly don’t point toward overuse.”

Maybe not. But after a truncated COVID-19 season, many key members of the M’s bullpen, such as Paul Sewald and Corey Sadler, have seen their innings skyrocket.

All this despite manager Scott Servais doing his best to manage everyone’s innings throughout the season. At times, though, that’s not possible.

A big part of the problem has been injuries to the starting staff. Of the five main pitchers penciled in for those roles, four of them – including ace Marco Gonzales – have spent long stretches on the injured list. Heck, James Paxton never even got to the starting gate.

Such issues, despite reinforcements in the form of Tyler Anderson (trade) and Logan Gilbert (minors), cause a strain on the pen. It’s not just those days when a starter isn’t available, the so-called bullpen games, but also the day-to-day strain. Too often this season Servais has had to stride to the mound an inning or so earlier than he would have wanted.

Part of the reason he’s done it is the bullpen’s success. It’s been darn good, helping the M’s post a 31-18 record in one-run games. If any stat explains why Seattle is still in the wild card hunt, that’s it.

And the Mariners have done all this in an unusual manner. They don’t have a set bullpen rotation, with Pitcher A in the sixth, B in the seventh, C in the eighth and D closing out games. Servais mixes and matches, though Drew Steckenrider (pictured, nine saves) and Sewald (eight) have been the man guys finishing since the fateful Kendall Graveman trade.

But the Mariners won’t stay in the wild card picture much longer with more games like Monday and Tuesday night.

The bullpen’s leaky eighth inning didn’t cost the team a win Monday, though it made the ninth inning more stressful. Last night, however, Joe Smith, Sewald and Yohan Ramirez couldn’t get it done in an 8-4 loss to Boston.

The defeat dropped the M’s three games back of three American League East teams in the wild card standings. This afternoon’s game with the Red Sox, one of those teams, will be crucial. What sounds better, being two games behind one of the contenders or four? That’s a no-brainer.

If the rest of September is to mean something, the Mariners need to win today. And they need their bullpen to come through. It’s simple. And hard at the same time.

Because, of course, bullpens are funny things. 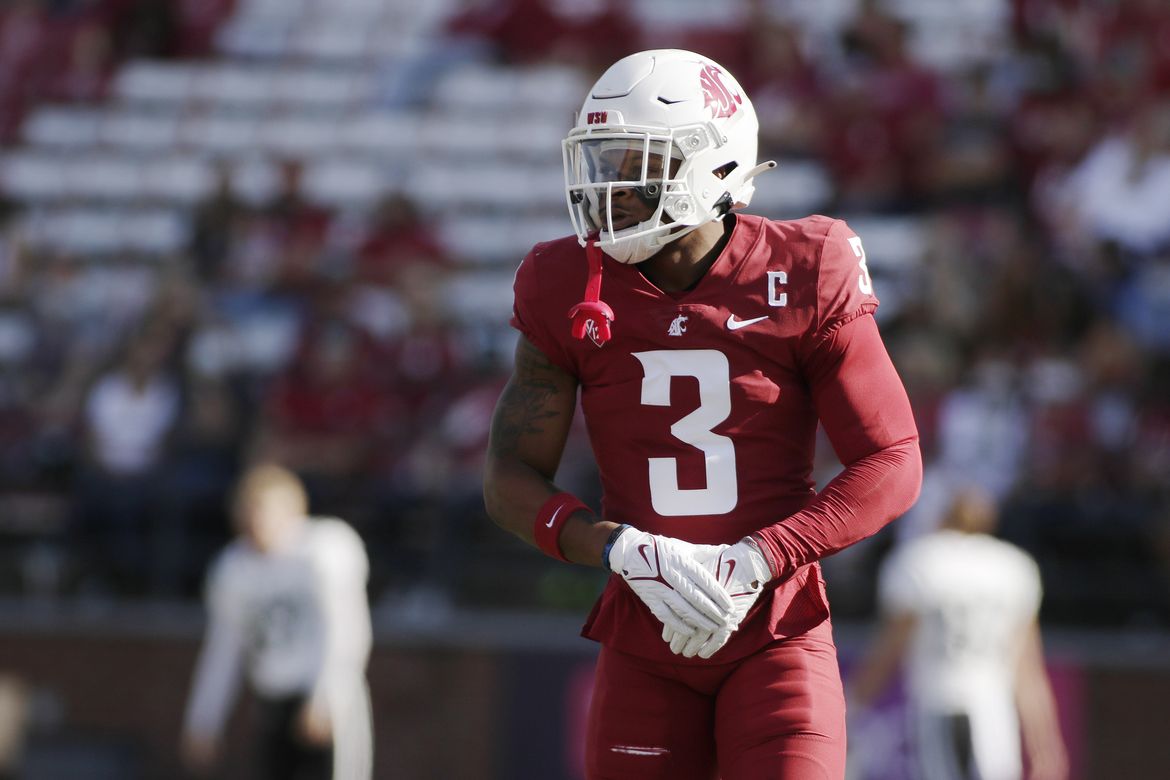 WSU: Colton Clark’s notebook today begins with one of the more interesting aspects of their defense this season. That’s the flexibility the defensive backs have shown. Interesting, yes, as well as crucial, considering the injuries sustained in that area already. … Elsewhere in the Pac-12 and college football, Clay Helton’s firing is still reverberating throughout college football – our choice, Eric Bienemy, seems to be a candidate. The process USC uses to pick his successor will tell us a lot about the Trojans’ administration. At least Mike Bohn had a process in place when making the decision to fire Helton. … Interim coach Donte Williams has a history with USC. … As Washington prepares for Arkansas State, John Donovan’s status as offensive coordinator bears more scrutiny. … Thanks to the win over Ohio State, Jon Wilner writes in the Mercury News, the Ducks have a margin of error built into their conference schedule. A loss to a decent conference foe shouldn’t derail their playoff push. … That changes Jon’s bowl equations some. … Not many schools use two-way players anymore. Oregon has one who played a huge part in the Ohio State win. … Oregon State needs its offensive line to pick up its game. … The Beavers’ facilities impressed the new commissioner. … One good thing to come out of the loss to BYU? Utah seems to have identified its top running back. … The UCLA secondary will be tested by Fresno State, no matter what color it is wearing. … After playing Texas A&M, Colorado now takes on another challenge in Minnesota. … The passing game will improve, according to the Arizona State coaches. … Arizona needs to mend its defense. And how it manages the stadium experience.

Gonzaga: Around the WCC, Mark Pope has put together a challenging nonconference schedule for BYU. 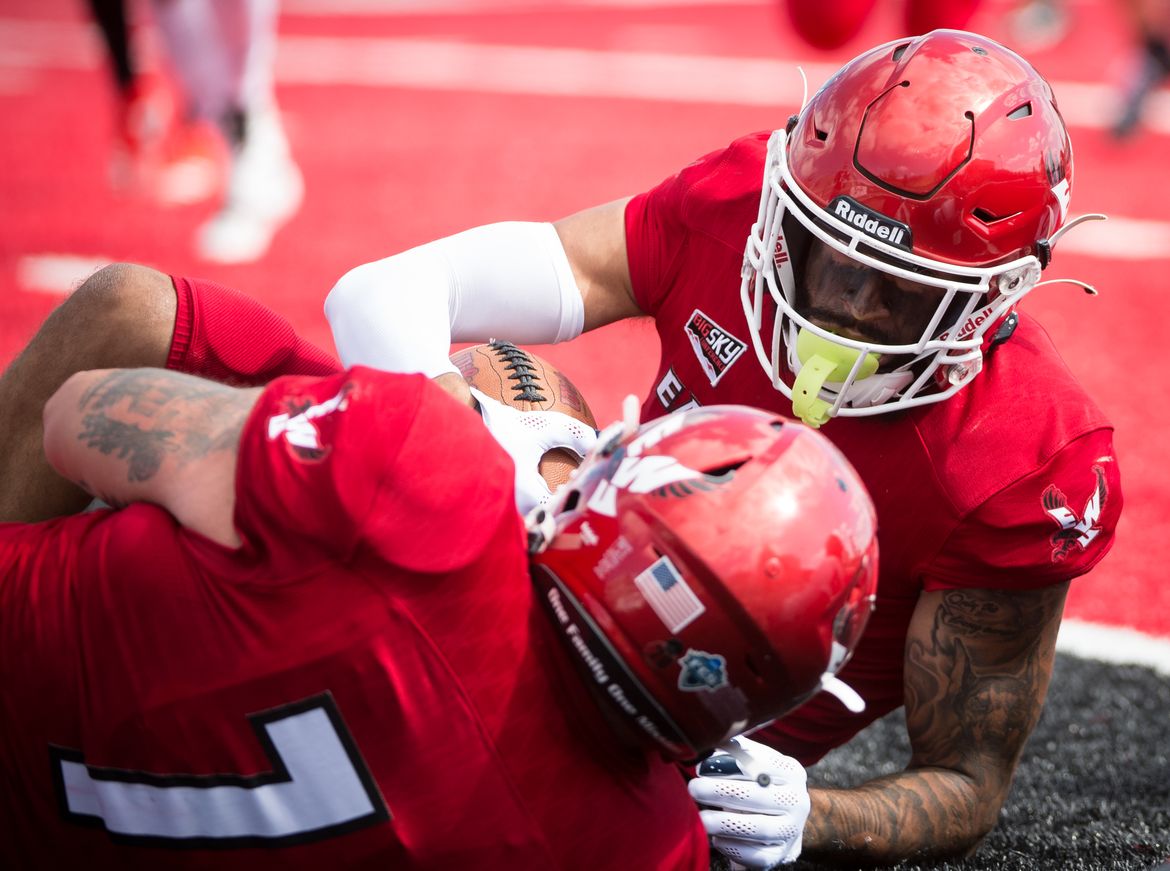 EWU: Dan Thompson takes a look around the Big Sky this morning, covering statistics, rankings and more in this notebook. … Elsewhere in the conference, two of the Big Sky player of the week awards went to UC Davis guys. … Northern Arizona heads south to take on U of A in Tucson. … Weber State has a short, but painful, history with James Madison. … Northern Colorado plays at home for the first time this year. … A Montana State player would love to put his injury problems in the past. … If I show up, will Bruce Barnum buy my Diet Coke? 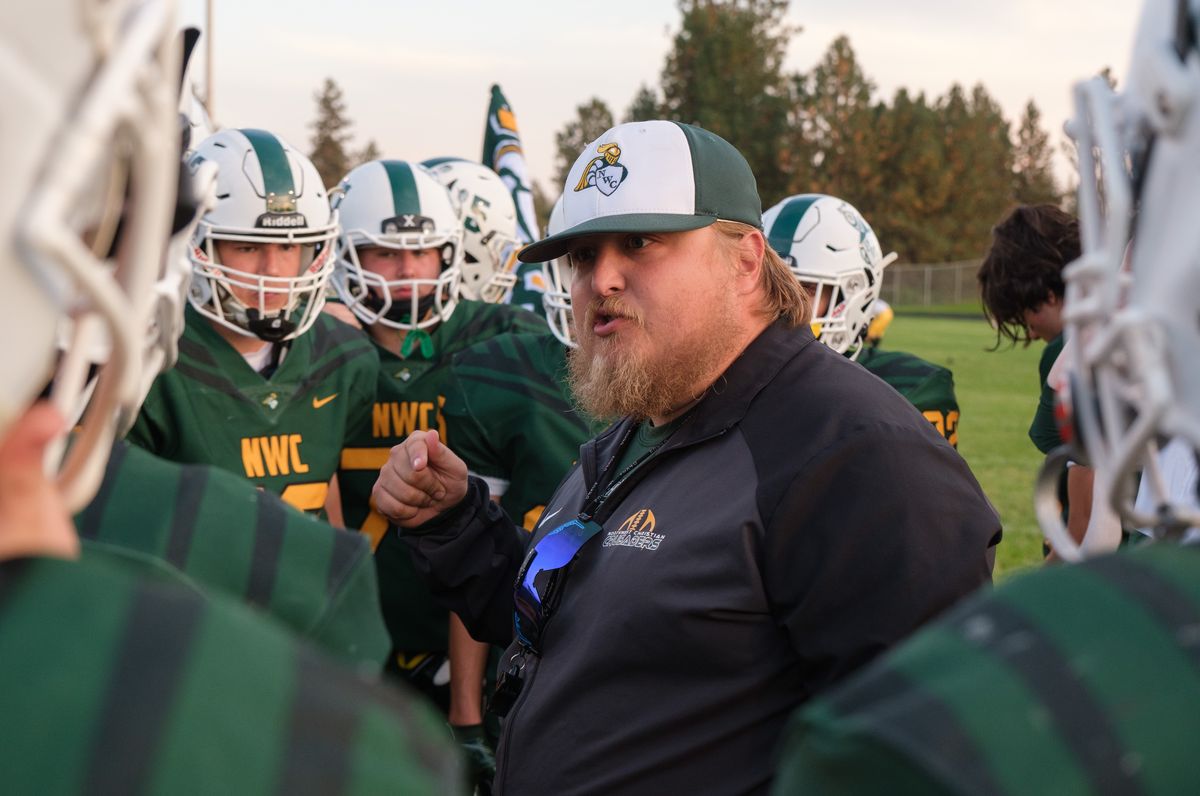 Preps: Now this is something you don’t see every day. A guy who coaches professional football and high school football – all in the same year. Madison McCord has this feature on Northwest Christian coach Marshall Hart. … Dave Nichols comes through with a roundup of Tuesday’s games. … Due to a mixup with the bus provider, a couple of lower-level competitions have been lost recently. Jim Allen has more in this story. The schedules have been jumbled a bit lately due to COVID-19 issues.

Indians: One more. That’s the number of wins Spokane needs in its final five games to clinch a playoff spot after Tuesday night’s 5-4 victory at Everett. Dave has all the details in this story. 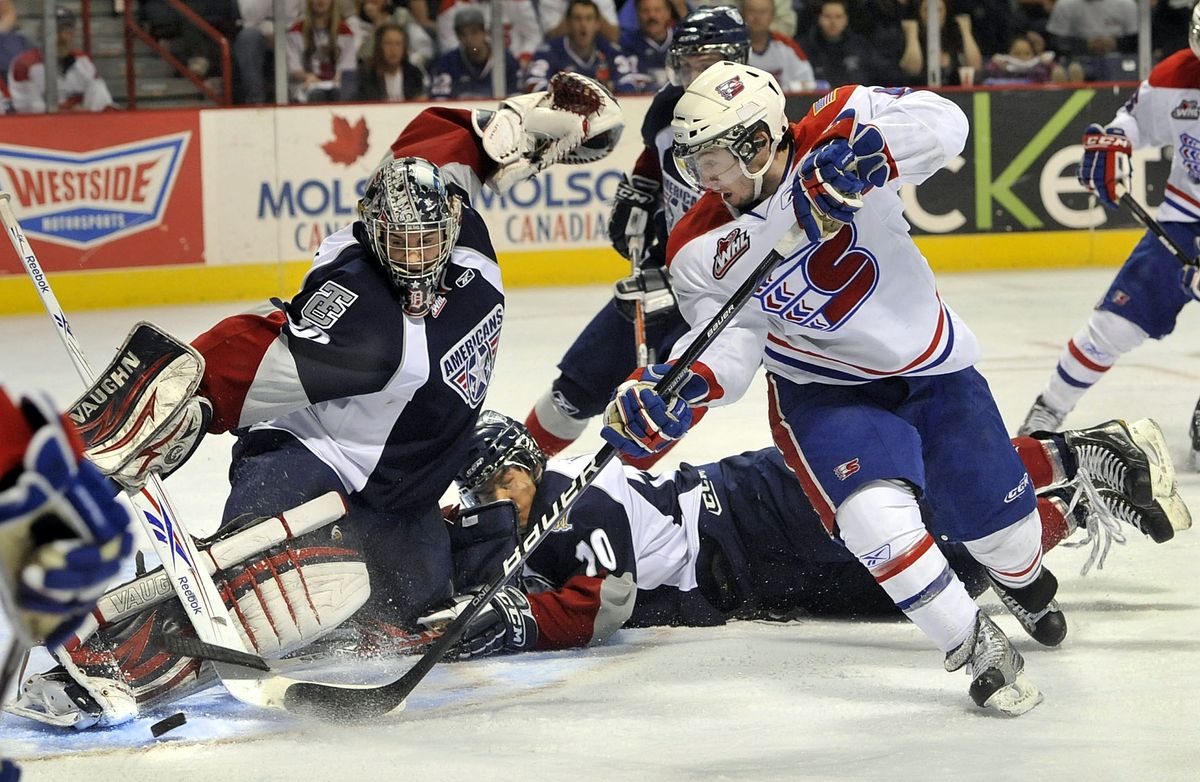 Chiefs: After his second NHL title last season, it was just a matter of time before Spokane announced Tyler Johnson’s No. 9 jersey was going to be retired. That time came yesterday. Dan talked with Johnson and has more in this piece. We also can pass along the breaking news and photos from his career in Spokane and after.

Seahawks: Hawk talk was a major aspect of Larry Weir’s conversation with Rick Lukens, but not all of the latest Press Box podcast. … Russell Wilson is always thinking of new ways to do things. … The Hawks are elevating Jon Rhattigan to the active roster. … Tennessee is up next. 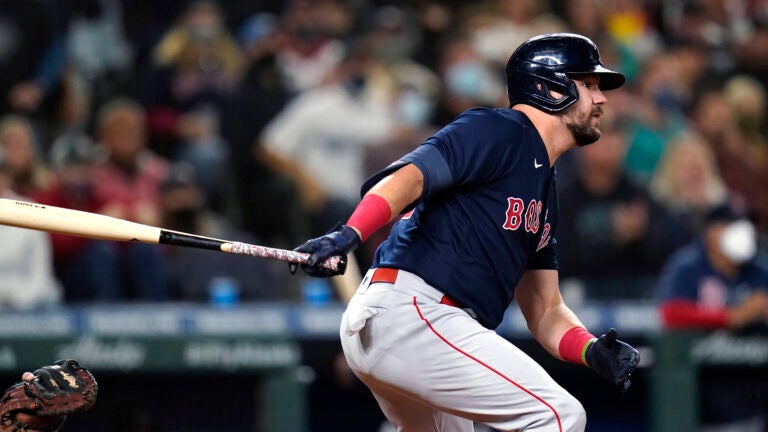 Mariners: Never give up, never surrender. Let’s hope that’s Seattle motto over the last 17 games of the season. The 8-4 loss last night makes it imperative. … The big news yesterday, if you are into that sort of thing, is the All-Star Game is coming back to Seattle in 2023. The M’s have hosted it twice, in 1979 and 2001, when it occurred in the middle of their best season ever. … Kyle Seager is the team’s nominee for the Roberto Clemente Award.

Sounders: You don’t see many better goals than the one Raul Ruidiaz scored in stoppage time Tuesday night, giving Seattle a 1-0 win over Santos Laguna at Lumen Field. The win propelled the Sounders into the Leagues Cup finals Sept. 22 in Las Vegas.

Kraken: Goalies don’t have to move a lot in games. But they usual do in their NHL careers. … ROOT Sports is figuring out its Kraken coverage.

• A heads up. We will not be working Saturday. We are taking the day off. We won’t be writing in the morning here nor covering the Washington State game. You are on your own that day. Have fun. Until later …