A GRIP ON SPORTS • It is Friday, right? Lately we’ve been having trouble remembering. One of the perils of not commuting to work everyday anymore. But we have to remember today. After all, it is when we run through the sports broadcast schedule for the weekend. We try to be consistent.

• There might not be the top-of-the-heap matchups in college football Saturday but there are good, solid games from early in the morning (Michigan State at Miami at 9 on ABC) to late at night (BYU hosting Arizona State, starting at 7:15 on ESPN). 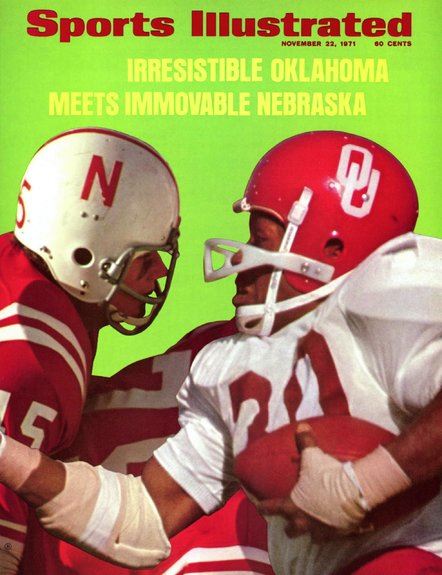 In between? Well, there is a game with historical significance, if not current cachet; a game matching up last year’s SEC divisional champions, with both ranked in the top 11 this season; and the Cougars making an appearance on Fox, which is always fun – if it probably won’t start at its scheduled 12:30 time.

Remember when a matchup between Nebraska and Oklahoma meant something? If so, then you can probably help me sign up for Medicare. After all, it’s been a long time. The two former Big 12 powers – one still is (Oklahoma), though not for much longer, and one is a doormat for the Big Ten (Nebraska) – meet Saturday in Norman.

It kicks at 9 a.m. on Fox. Maybe the third-ranked Sooners will be so far ahead in the fourth quarter, they can run the clock. Wait, that’s a high school thing. More than likely the 3½ hour window won’t be enough for the game to finish before the Trojans are ready to play in Pullman.

Then again, when it comes to starting times, Fox’s have always been more of a suggestion than a hard target. There is even a saying among college football administrators: Fox Time. It means the game can start anywhere from 10 to 20 minutes after the broadcast starts, depending on the network’s perception of worth from the pregame chatter. 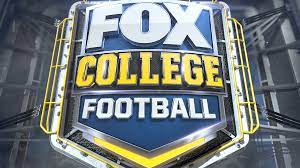 Doesn’t matter, though. Not having Washington State on the Pac-12 Networks is reward enough for Cougar fans. Fox may not be ESPN – who is? – but it is immeasurably better than the Pac-12’s home in national reach, production values and on-air talent. That’s not a knock on the folks working for the P12Net, it’s just a reality. The national networks have more resources. Lots more resources.

You think CBS will be throwing everything it has at you at the same time as the Cougar game? After all, the network is giving us top-ranked Alabama against No. 11 Florida from the Swamp.

Why wouldn’t it? The network will be losing the SEC in 2023, so the next two years will either be a we-hate-you-so-we’re-not-bothering or the-bigger-the-show-the-more-money-we-make attitude. We’ll put our bet on the latter.

• Let’s hope last night’s game – a 30-29 win for Washington – portends a great week ahead for the NFL. The matchups we are getting in Spokane – Las Vegas at Pittsburgh on CBS and Indy hosting the Rams on NBC – aren’t anything to write Aunt Beatrix about. With the late window taken by the Seahawks’ game against Tennessee, we’re stuck with whatever is available in the morning. If we had our picks, we would get San Francisco at Philadelphia or Saints at Carolina, but we don’t.

No matter. We’ll have the RedZone on anyway.

• Outside of football this week, there are your typical baseball games to watch. It is the pennant race after all. The M’s late swoon has drained some excitement from the weekend series at Kansas City, though, to be fair, they are playing the Royals. So where’s the excitement in that? (Sorry Brett, Rob and Kip, cheap shot.)

Actually, the best baseball bet this weekend is to listen to the Indians’ games on the radio. Spokane has a chance to win the High-A West regular season crown – it is in first place – after a terrible start (see below). The Indians will be hosting the championship series next week no matter what, since Eugene can’t play in its home park anymore. 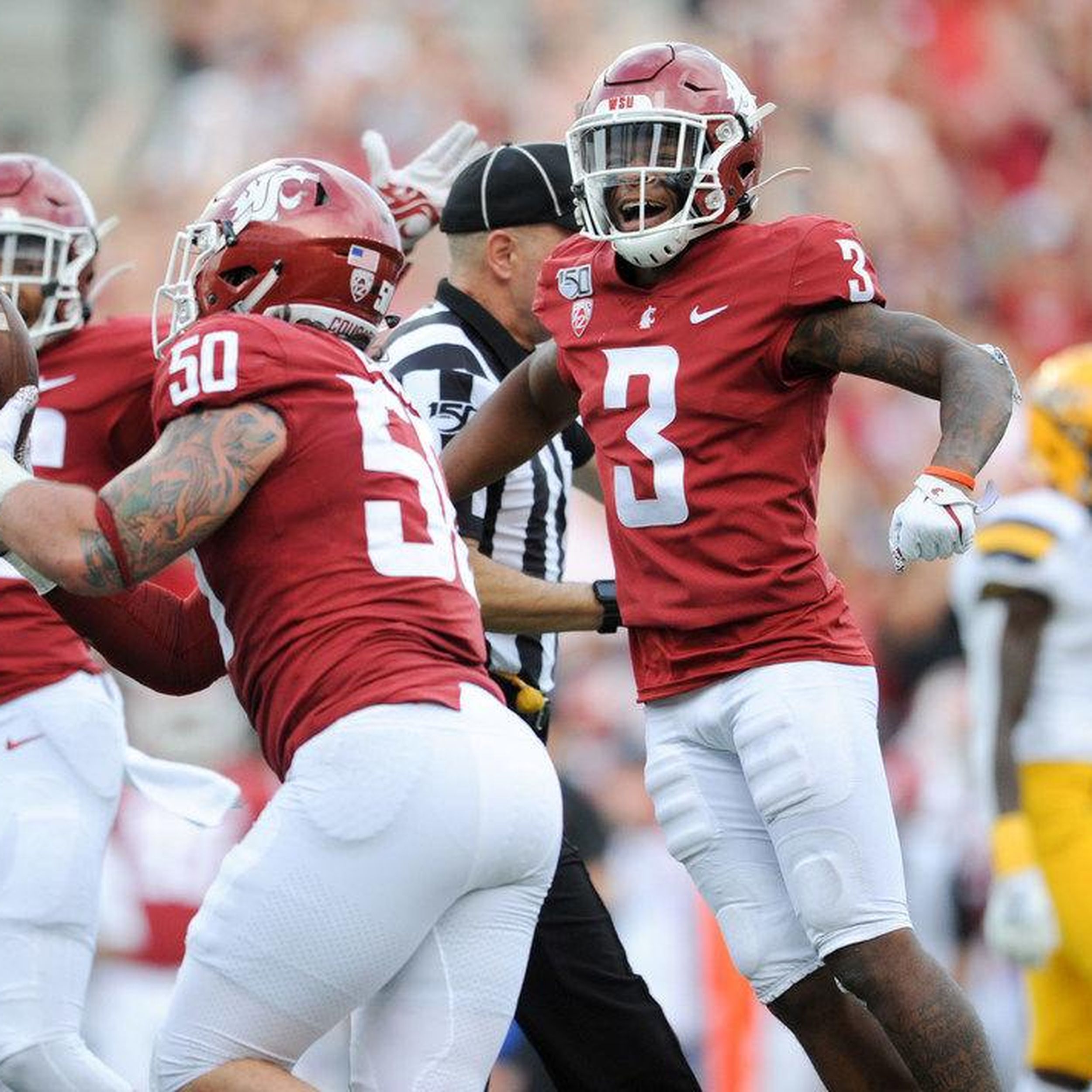 WSU: There is no more versatile player on the Cougar roster than Daniel Isom. Don’t believe me? Then read Colton Clark’s story and see what you think. … It’s good to see Colton has made the right choice in Pullman pubs already. To find that nugget, you’ll have to read to the end of his latest mailbag. … If those in the big offices at WSU hoped Nick Rolovich’s vaccination status would just fade away, this is a bad week. First, noted alum Cindy Brunson ripped his stance in the Seattle Times and then USA Today did a subscriber-only story on the issue. … Elsewhere in the Pac-12 and college football, there are seven games on the Pac-12 Networks tomorrow. That’s a record. It’s also why Idaho fans in Spokane won’t be able to watch their Vandals play in Corvallis. It’s only on Pac-12 Oregon. … Besides that news in the Mercury News, Jon Wilner also has his stock report. … No one, even in Los Angeles, knows what Washington State will get from USC with an interim coach in charge. … Just what the heck is going on at Washington? This is a big week for the Huskies. … Oregon State’s defense didn’t do all that well on third down last week. The offense could use some improvement as well. … The Oregon open-field tackling has been good thus far. But dealing with quick tempo needs some work. … Though Colorado and Minnesota will run the ball, the Buffs need better play from their quarterback. … Utah is on the road this week but the Utes are not playing San Diego State in San Diego. The game is in the L.A. area. … The bye week helped UCLA regain a little health before facing Fresno State. … Finally, George Kliavkoff was in Tucson yesterday and talked about the conference’s media rights.

Gonzaga: What a shock. The Zags will enter preseason practice predicted by the bracket king as the No. 1 seed. Yep, Joe Lunardi has them on top. Theo Lawson has that and some more in this story. … Larry Weir has some thoughts on that as part of his latest Press Box podcast. … Andrew Nembhard is on this list of players with something to prove. 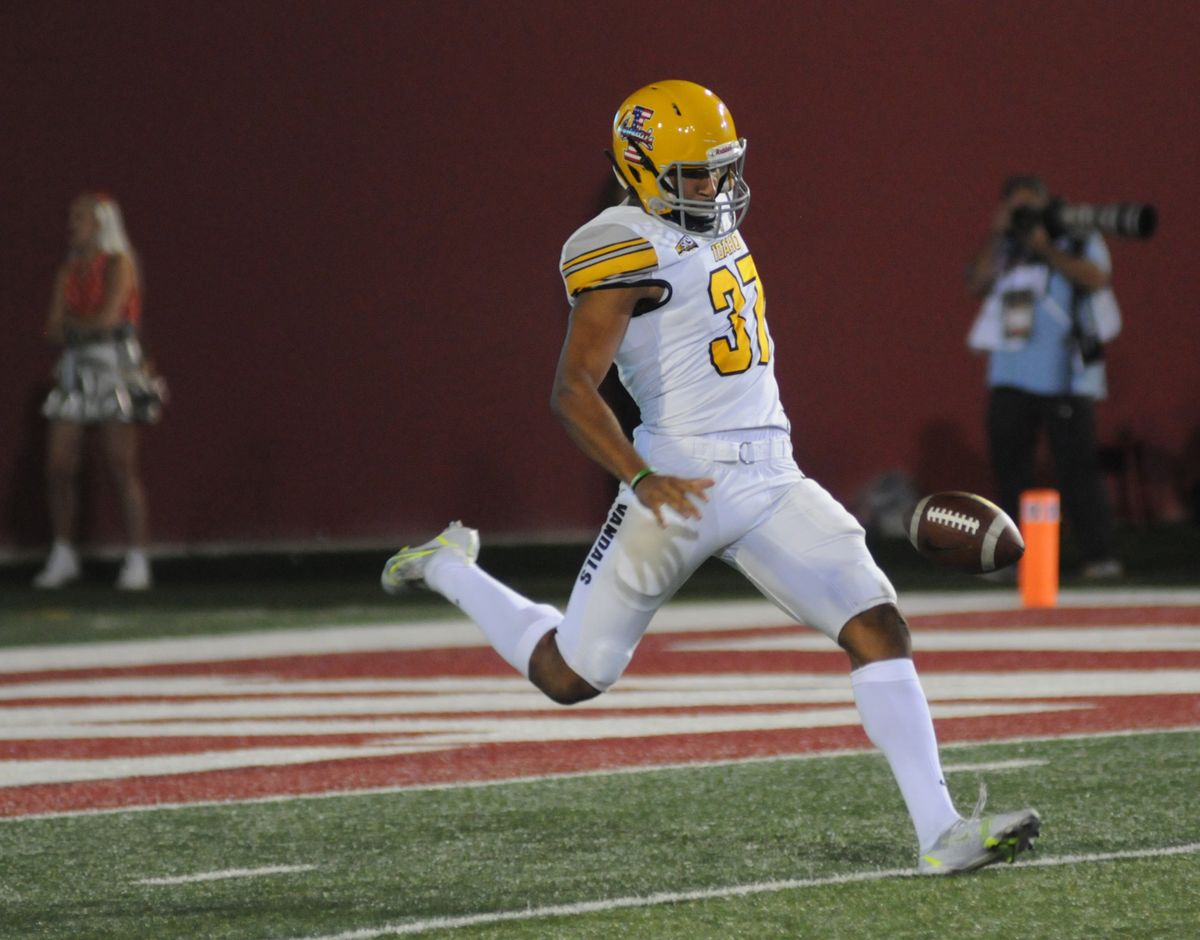 Idaho: Caleb Lightbourn punted for Oregon State last season. This one, he’s doing the same but for Idaho. Though Saturday he’ll be back in Corvallis. Just as a visitor. Peter Harriman has his story. … Around the Big Sky, Northern Arizona’s Chris Ball is happy to be back coaching a game in Tucson. … A friend attracted Jeffrey Manning Jr. to Montana State. … Will Northern Colorado have quarterback Dylan McCaffrey available against Lamar? … There is an interesting quarterback matchup slated for the Weber State game against James Madison. … Idaho State has a new NIL partner. … UC Davis is finally back home, hosting Dixie State.

Preps: Dave Nichols has a few news nuggets in this notebook. And he has a roundup of what happened in the area Thursday.

Indians: As we mentioned above, Spokane has turned on the afterburners and flown to the top of the High-A West standings. Dave has a story about that while also passing along last night’s result in Everett, an 11-3 win that, coupled with Eugene’s loss in Tri-City, put the Indians in first.

Mariners: We went over this some yesterday but Ryan Divish delves into the M’s chances of making the postseason. They are not dead yet. … It’s official. The All-Star Game will be in Seattle in 2023. It’s a big deal. How do I know? Junior and Edgar were at the Space Needle announcement. Nothing is bigger than that in Seattle. … The M’s had to be nimble to attract the game. … J.P. Crawford is fitter this season and it shows. 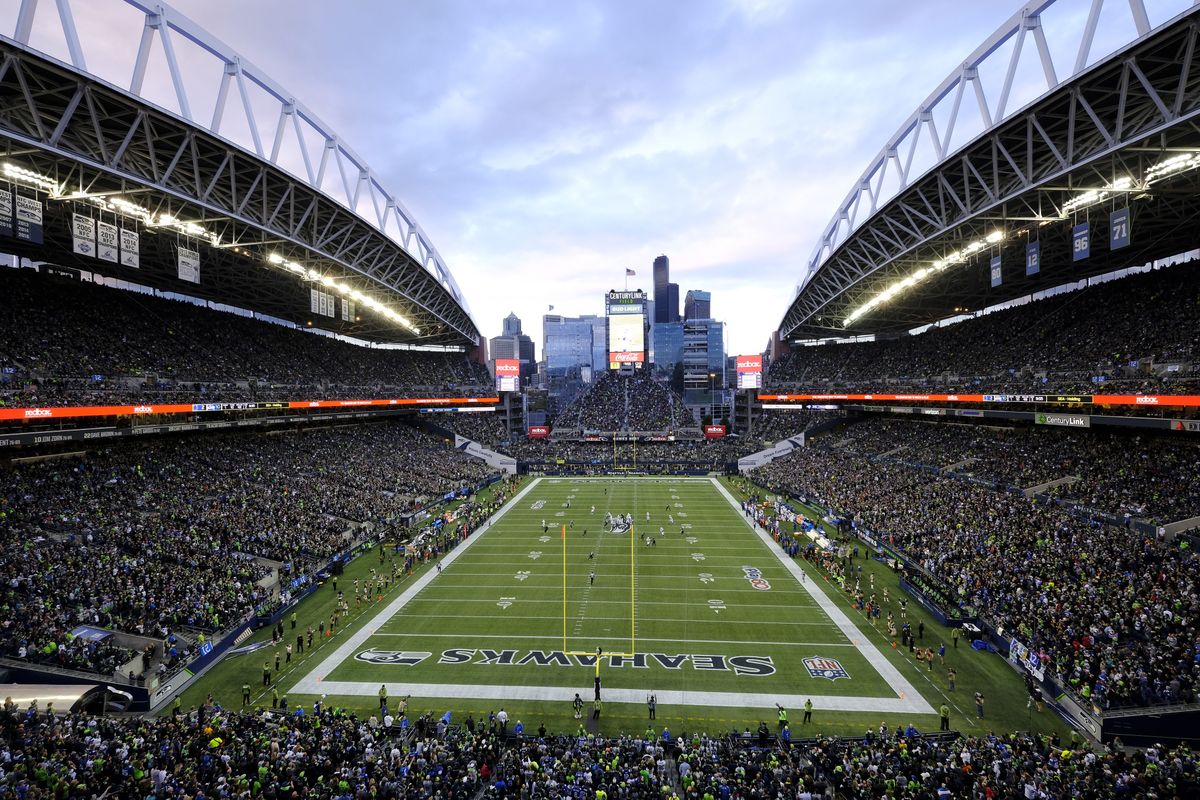 Seahawks: If you want to watch the Hawks play a home game, Sunday is a good time to do it. Jim Allen looked at ticket prices and availability this week and guess what? There are some. Of course, you have to handle the COVID-19 protocols and some rain, but that’s to be expected. It’s Seattle. …The NFC West was a beast last weekend. … If you go, who is going to win? That would be anyone’s guess. It’s the NFL. But Tre Flowers will play a role in the outcome. … The Hawks are dealing with offensive line injuries. … Finally, Russell Wilson was emotional on the podium yesterday. He was speaking about the death of his mental coach, Trevor Moawad.

Storm: A first-round bye would be appreciated.

• No Grip on Sports tomorrow morning. We’ll be back Sunday. See you then. And enjoy your Saturday. … I want to leave you with this, however. I found it after I was finished and am adding it on late. It is John Canzano’s thoughts about sending his first child to college. It hits home. Again, enjoy your Saturday. …