A GRIP ON SPORTS • What are those things a bride traditionally needs before walking down the aisle? Something old, something new, something borrowed, something blue, right? Sounds like Sunday’s sports landscape in the Pacific Northwest.

• We’ll start from the end. Blue is great way to describe the feelings of Seahawk fans today. And it comes from something that is starting to get old. 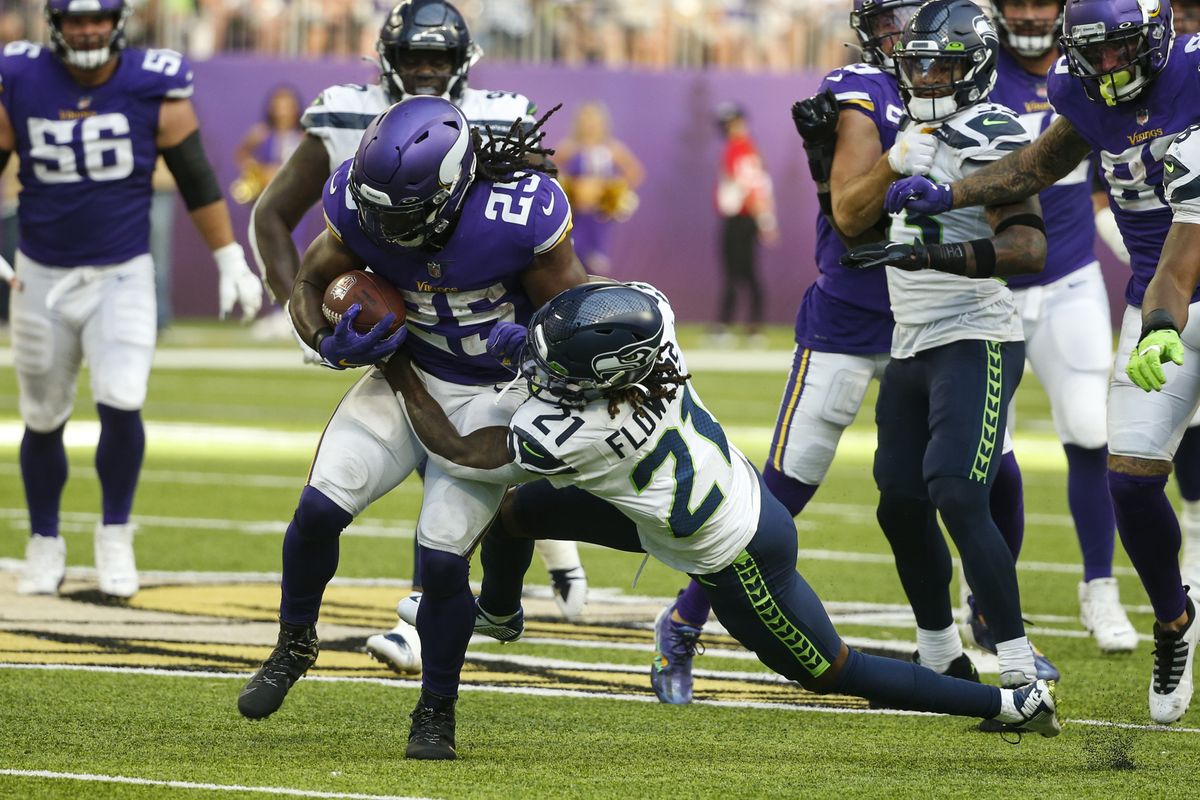 No, we don’t mean head coach Pete Carroll. He’s been in the senior category for a while now. But we are referring to his defense.

Carroll believes in playing a certain way. He believes his way is the right way to play in the NFL. And he’s been proven right – but only when he’s had the right players. He did for a few years and the marriage between scheme and talent resulted in back-to-back Super Bowls. But a salary-cap-caused divorce followed and ever since he’s tried to fit round pegs into square holes.

It doesn’t work. The early part of last season showed that. But it also showed something else. Carroll and defensive coordinator Ken Norton Jr. adapted. Halfway through the season they turned a floor-mat defense into one of the league’s best.

It wasn’t enough, however, so Carroll and general manager John Schneider used the offseason to attempt a revival of the old ways once again. It hasn’t worked. And it won’t, not with the Hawks’ talent. Changes have to be coming once again. But is it already too late?

The NFC West is nuts. The Rams may just be the best team in the league. Arizona is improved. San Francisco is better than it showed in a home loss to Green Bay last night. There is little margin for error for the Hawks. And they’ve already used a lot of it.

But there is a glimmer of hope. The next 11 days features two chances to impact the West standings: A game at the 49ers on Sunday, followed by a Thursday night showdown in Seattle with the Rams.

After that stretch, we should know if the Seahawks are ready to be among the best-dressed brides of 2021. Or if they will be left at the altar once more.

• There was something new in Spokane last night, though we had to borrow Seattle’s newest professional franchise to make it happen. 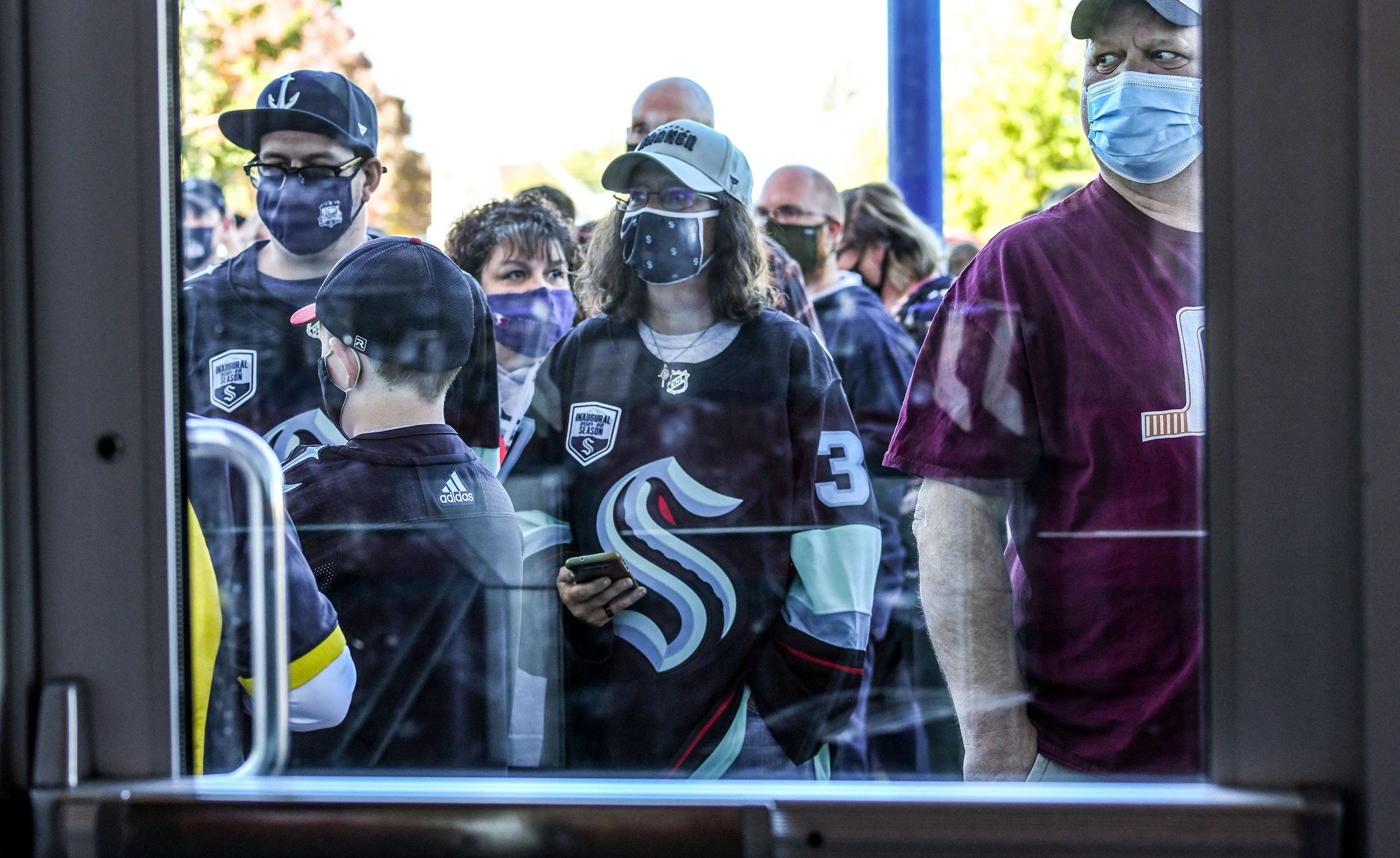 The Kraken traveled across the state to open its preseason, facing Southwest Canada’s favorite franchise, the Vancouver Canucks, to christen NHL hockey in Washington.

And Spokane was ready. The long lines outside the Arena before the puck dropped illustrated that. And the more than 10,000 inside throughout the three periods proved it.

The region has a long history with the sport but there has been a gap for nearly a hundred years. The NHL awarding an expansion franchise to Seattle has filled it. As the Kraken’s Seattle home is finished, the team is traveling around the state showing off the new baby – though Spokane was the only destination on this side of the Cascade Curtain.

It showed it was worthy. And with that, a marriage between the top level of hockey and the entirety of our state was complete. 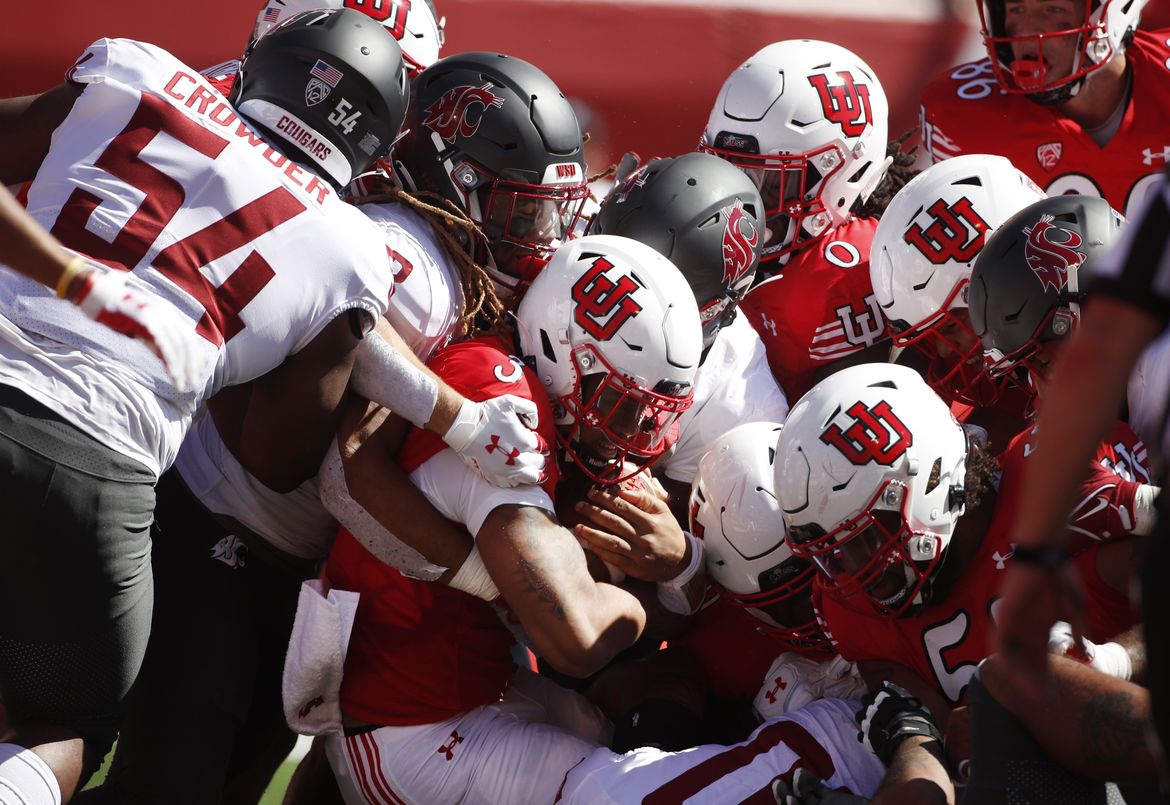 WSU: Stop me if you’ve heard this before. The Washington State defense is the strength of the team. Those of you who were alive in the early 1990s can tell me to pump the brakes. The rest of you might have to read on. Colton Clark delves into how the offense let down the defense Saturday in his game rewind. … The Cougar volleyball team took down sixth-ranked Washington in five sets Sunday. That’s the headline. But read Taylor Newquist’s story. The fourth set’s final was 46-44. Yep. Ninety points. That had to take an hour alone. Talk about a marathon. … We mentioned yesterday a WSU football player was hospitalized in Spokane after being shot outside a party early Saturday morning. That was awful. Then came the news a Utah player was shot and killed after the Utes’ win over Washington State late Saturday night. That’s even more heartbreaking. Aaron Lowe was also the best friend of former Utah player Ty Jordan, who was killed in an offseason shooting. Tragic. … Elsewhere in the Pac-12 and college football, Jon Wilner explains his Associated Press poll votes and looks back at the Pac-12’s weekend. Both stories appeared in today’s Mercury News. … Washington may have won Saturday night but the Huskies didn’t dominate or prove much. And they did a couple things that were head-scratching odd. … Arizona State did dominate Colorado and the Sun Devils needed to. The Buffs didn’t put up much resistance. …  We mentioned the AP poll above. The top-ranked conference team is Oregon, of course. The Ducks are third and open as a touchdown favorite over visiting Stanford. … Oregon State received votes for the first time in a while after their first win over USC in L.A. in a really long while. … The loss ensured the Trojans will be looking outside the program for a new coach. … Chip Kelly needed the win over Stanford, though a couple of key players were hurt. … Though Arizona lost at Oregon, how it played gives the team hope. 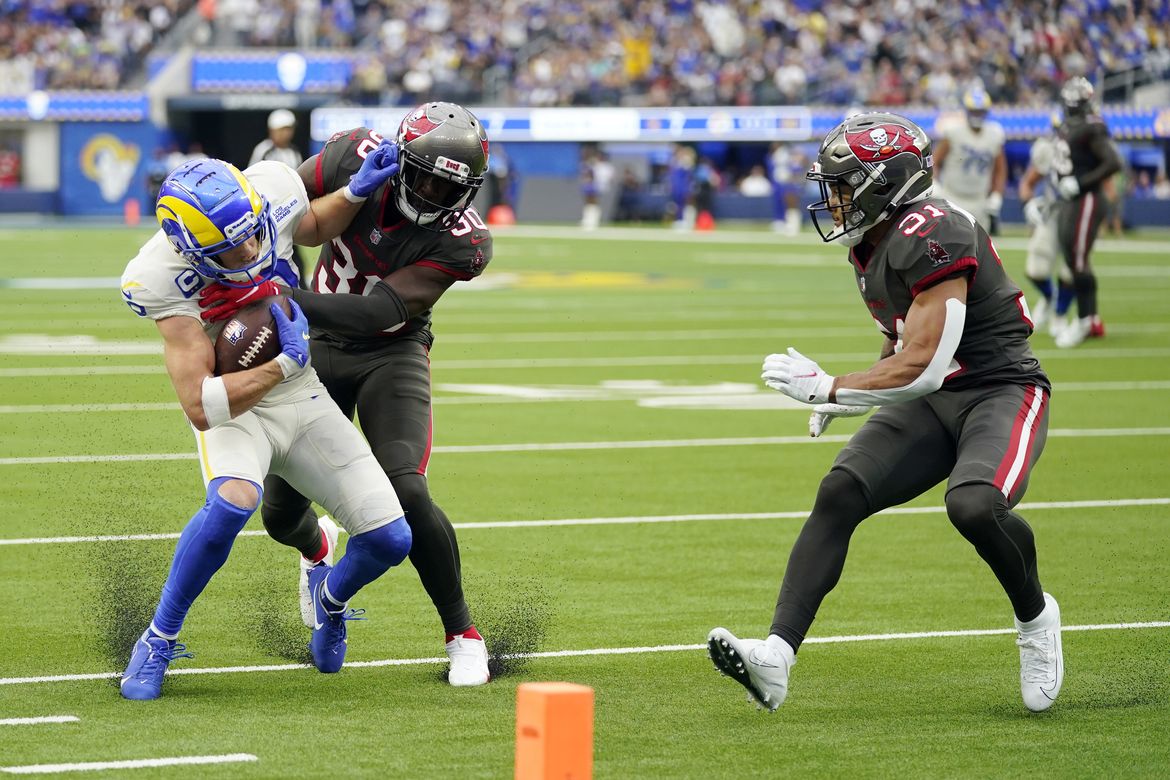 EWU: The pair of Eastern receivers who have been NFL fixtures for years, Cooper Kupp and Kendrick Bourne, had great days yesterday. They lead off Jason Shoot’s look at local players in the league. … Around the Big Sky, with the Eastern Washington showdown looming, Montana doesn’t feel it has played its best yet. … Northern Colorado earned some good grades in its win. … Dan Hawkins is leading the way for UC Davis.

Mariners: It is the last week of the regular season. The M’s are still in the postseason hunt, two games back with six (home) games to play. First in town are the Oakland A’s, who swept Houston over the weekend. … The Mariners are still in it because they rallied for a 4-1 win in Anaheim on Sunday. 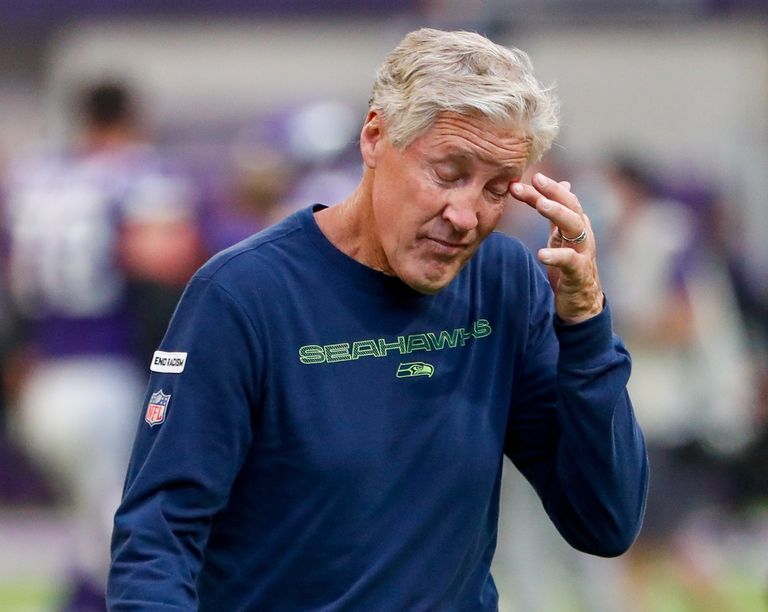 Seahawks: No matter what the Hawks tried to do on defense – and according to Carroll, they did everything they could – it wasn’t enough in the 30-17 loss. The offense wasn’t good either, especially after halftime. … The loss led to some harsh words about the effort from Seattle’s defenders. And promises it will get better. … There was an injury scare with Tyler Lockett, though it turned out to be minor. … Josh Gordon will be available soon and the Hawks are interested.

Sounders: Seattle needed a win. It got it in Kansas City, 2-1, after it forced two turnovers deep in Sporting Kansas City’s end and converted them into goals. The win put them back atop the Western Conference standings. 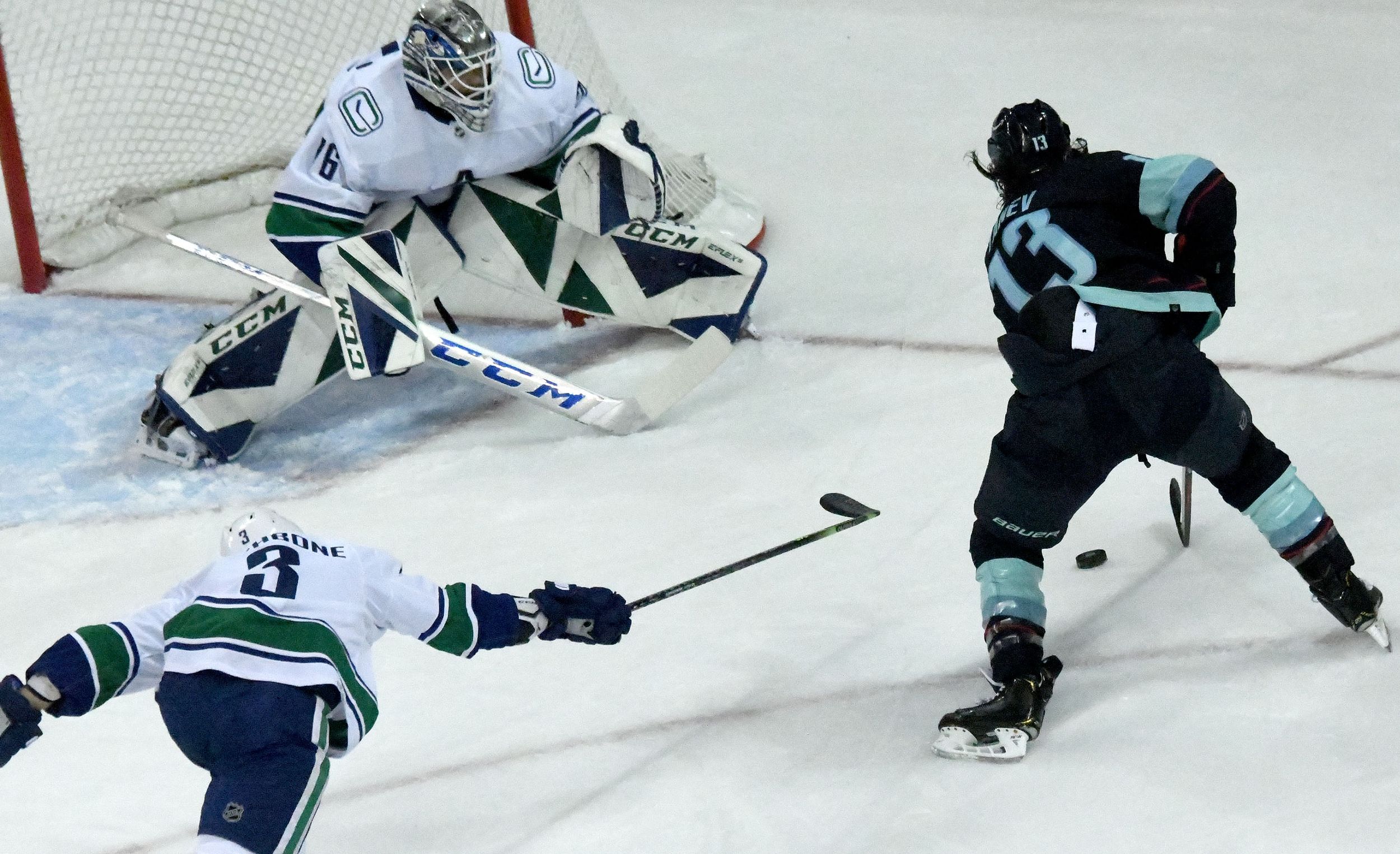 Kraken: The Spokane game allowed our John Blanchette to write what may have been his first-ever NHL game column. And John’s been writing sports columns for more than 40 years. … The Kraken rallied to win 5-3 over Vancouver. Dan Thompson was in the Arena and has this game story. … Kathy Plonka was also there and documented the game with this photo gallery. … As it was the Kraken’s first game, preseason or not, there is a decent amount of coverage available.

Storm: One and done. Seattle’s defense of its WNBA title ended against Phoenix. Without Breanna Stewart, the Storm fell in overtime.

Golf: We were nervous yesterday morning. So much so, we couldn’t stop eating. In fact, choking was a worry. Not by us, but by the American Ryder Cup team. We shouldn’t have so much angst. This record-setting group – the 19-9 score is the largest margin ever since the format change in 1979 – is different, and not just in its members. It actually seems to get along, even Brooks Koepka and Bryson DeChambeau. … Rory McIlroy took the loss hard. And even used a bad word on national TV, though he apologized.

• Procrastination can be a useful skill. After all, I was able to successfully put off mowing the lawn over the weekend with the excuse I could do it Monday. Here it is Monday and it’s already rained a bit. The lawn may have to wait another day. Until later …