A GRIP ON SPORTS • My youth baseball coach, who also happened to be my father, used to use a cliché to describe his philosophy about blowouts. “Let sleeping dogs lie,” he would say. The Oakland A’s would have benefited this season from having my dad on their coaching staff.

• To be fair, my dad was old enough back then, the saying may not have been a cliché when he started using it. And times do change. The modern version, as taught me by a former A’s (and Mariner) player, Dave Henderson, is simpler. “Don’t kick a man while he’s down,” Henderson would say, turning another cliché on its ear. “Why not? He’s closer to your feet.” 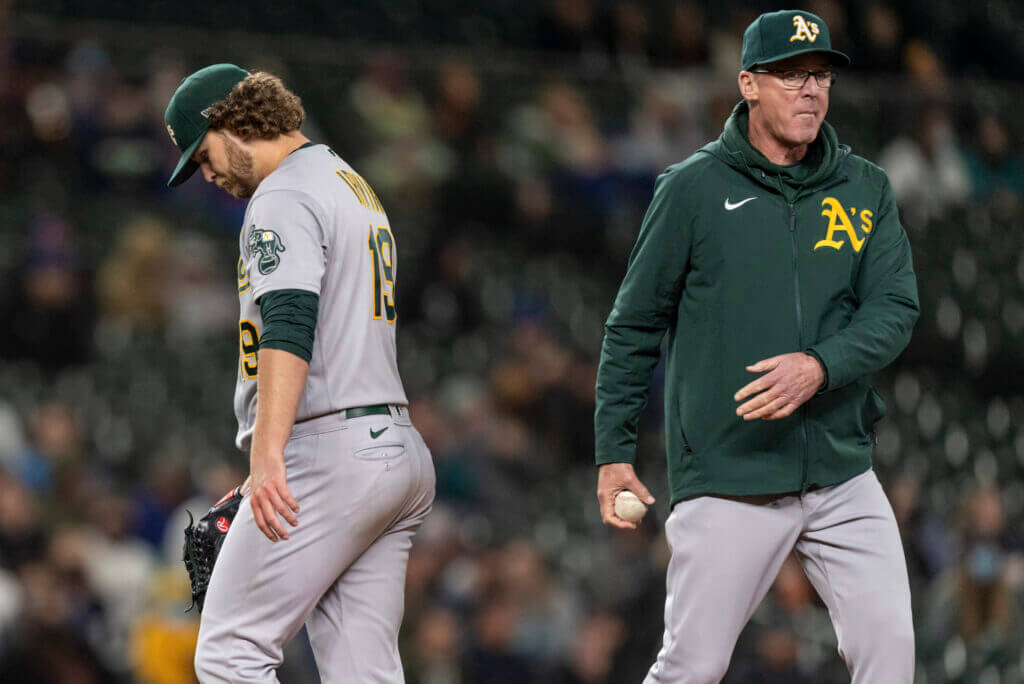 Oakland seemed to ascribe to that one instead of my dad’s earlier this season.

See, when the Mariners nicked Cole Irvin for four runs on 10 hits in late May, Irvin was irate.

“A team like that should not be putting up 10 hits against me or anyone,” Irvin said then – and he may have been right.

Seattle, three games under the .500 mark then, had already been no-hit twice in the month when they scratched and clawed against Irvin and the A’s oh so long ago. No matter. If you decide to kick a man when he’s down, you best not miss.

The A’s have ever since. Ten consecutive times. Seattle’s 13-4 overall record against Oakland is a big reason the M’s games this season still matter. 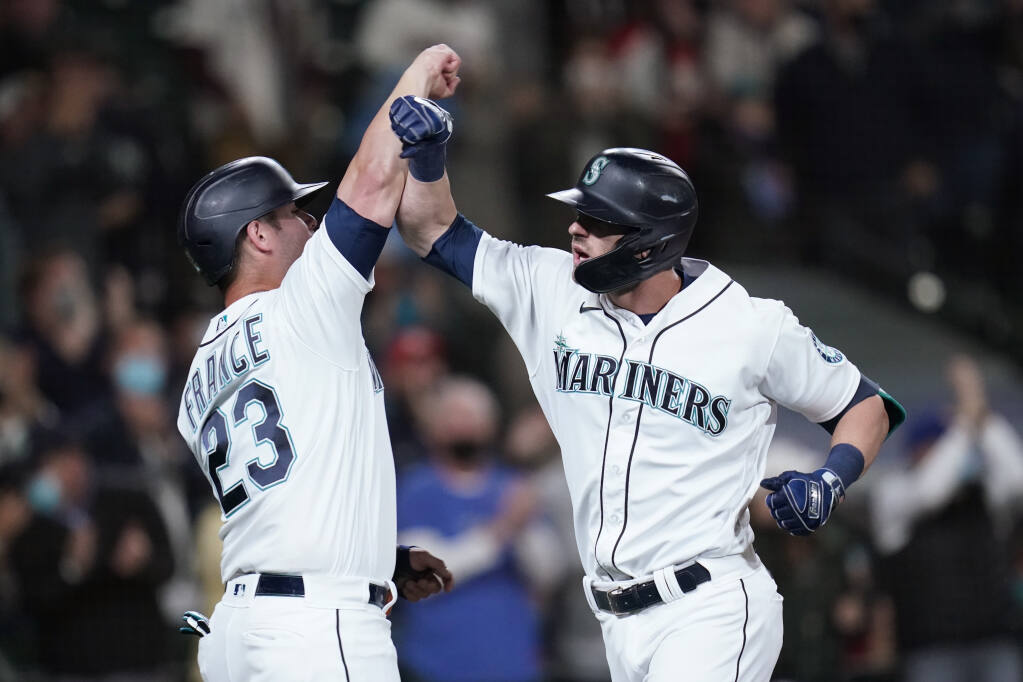 The M’s are 1½ games out with five to play. That’s right in the middle of the race, wouldn’t you say? And they are playing better than any of the other contenders, including the Yankees, who are in the top wild card spot with an 89-67 record.

Sure, the analytics folks will tell you the Mariners have less than a 10 percent chance of passing Toronto and Boston for the second wild card spot. But remember, those are the same folks who look at Seattle’s statistics and say it expected won/loss record should be 73-84. That’s not right, is it?

As my dad used to say, “it’s never over ‘til it’s over.” As clichés go, that’s a pretty good one to live by this week.

• Division I college basketball practice officially opens this week. And this should be as interesting a season as the Inland Northwest has ever seen. Each school has something to focus upon.

– Gonzaga: The Bulldogs return the nation’s most coveted player, Drew Timme, the top recruit in Chet Holmgren and a couple handfuls of solid pieces.

– Washington State: Kyle Smith’s team is expected to challenge for an NCAA tourney berth for the first time in more than a decade.

– Eastern Washington: David Riley takes over as head coach, and the former Whitworth player has brought in a lot of transfers, which should help offset the loss of some of the school’s most-successful players.

– Idaho: The Vandals will be playing their home games in their new arena, an all-wood structure that is now open.

Add in another year of Whitworth vying for Division III supremacy and the four-year schools in this area should be fun to watch. 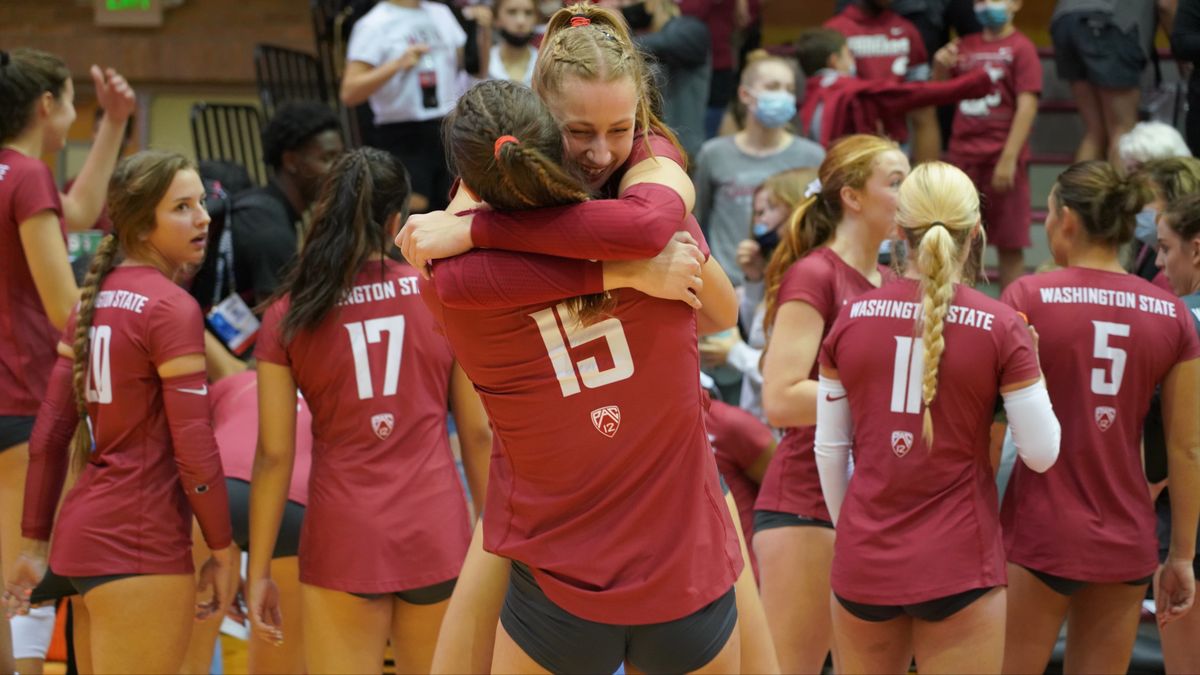 WSU: The Cougars’ loss at Utah wasn’t all that fun to watch, actually, and part of the reason was an injury to Max Borghi. Nick Rolovich addressed that injury and others in his media availability yesterday. Colton Clark has the story. … Colton also has his first look at California, a team Washington State hasn’t defeated in Berkeley since 2013. … The game this week starts at 2:30 p.m. Next week, homecoming against resurgent Oregon State, it will kick at 1 p.m. Colton has a story on that as well. … The Cougars’ Sunday volleyball victory over Washington was such a big deal Jim Meehan has an entire story on it. … Our local briefs for this week starts with news about WSU’s Leger-Walker sisters. … Elsewhere in the Pac-12 and college football, we mentioned Oregon State already. If you want to know why the Beavers are surging, then just read this Jon Wilner piece in today’s Mercury News. … Wilner also has his conference power rankings for the week. The Cougars aren’t in the bottom two. … How would you analyze the Huskies’ performance against Cal? … Oregon will travel to Stanford with one more defensive weapon. It looks as if Kayvon Thibodeaux will be full go. … The Ducks won a conference award this week but only half as many as their neighbors to the north. … Colorado tries to stay positive in the midst of an awful stretch. … Nothing has been as awful as Utah has had to endure the past couple years. Two football players and a runner murdered is more than any school should have to endure. … Dorian Thompson-Robinson was back at UCLA’s practice yesterday. The Bruins face Arizona State this week. … Kevon Slovis is still USC’s starting quarterback but it may be by default. … Despite multiple interceptions, Arizona coach Jedd Fisch is sticking with Jordan McCloud as his quarterback. … In basketball news, Colorado is going to ask a lot of its sophomore class. Gonzaga: Recruiting never ends, no matter how promising the upcoming year seems. The Zags picked up a commitment from 2022 power forward Braden Huff from Illinois yesterday. Theo Lawson has more in this story. … Jim joined Larry Weir yesterday to talk about the Bulldogs on the latest Press Box podcast. … BYU’s scheduling philosophy will change when it changes conferences.

EWU: Around the Big Sky, this Saturday’s late-night game in Cheney is something Montana is looking forward to with great relish. … A transfer has boosted Montana State’s secondary. … In basketball news, the Bobcats’ practice courts are overflowing. 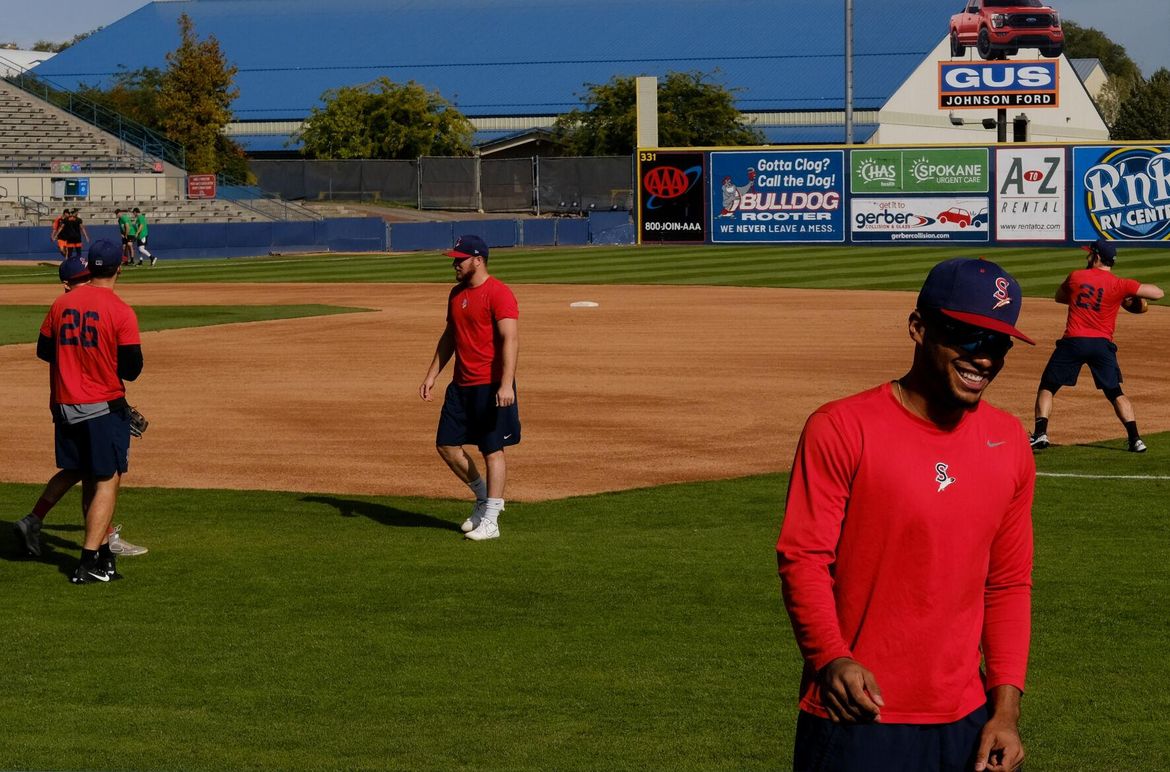 Indians: The pandemic meant the 2021 season wasn’t normal, sure, but there were many normal-adjacent moments. Colin Tiernan took in a game last week and wrote about a few of them.

USL: There still isn’t an owner for the Spokane pro soccer franchise but as Jim Allen explains, the league is still moving forward. As is the downtown stadium. 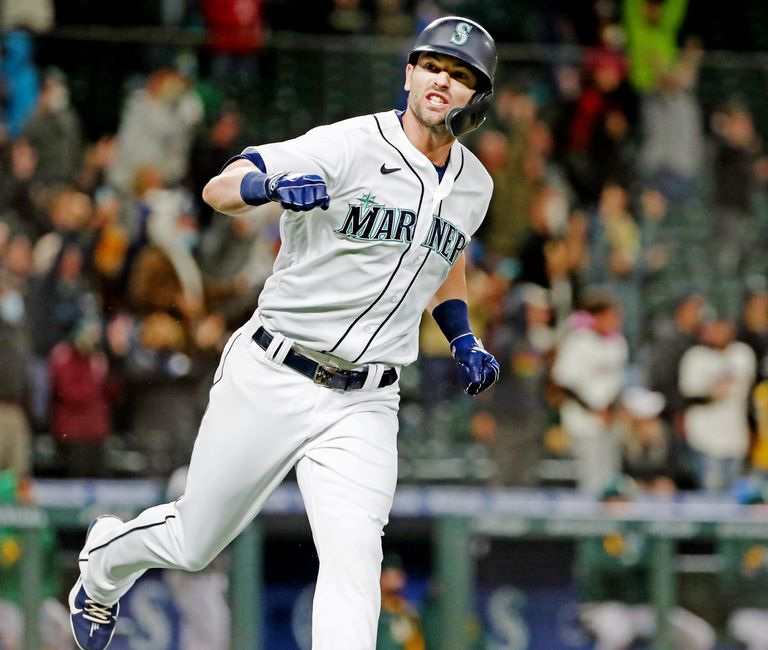 Mariners: Mitch Haniger hit two three-run home runs – he has 37 dingers and should be the frontrunner for the comeback player of the year – as the M’s rallied for the victory. … Late last night the M’s announced who would pitch tonight. It’s a bit of a shock. Tyler Anderson on short rest.

Seahawks: Is this year starting just like last year? Sort of. Except the poor defense is not being offset by an explosive offense. It is going to be tough to fix. … Josh Gordon is signing where he has a chance to win a Super Bowl. So, no, not Seattle. … Are there really any answers for the Minnesota performance?

Storm: Breanna Stewart’s year was really successful until her recent injury. That brought along with it a bad ending.

• It has been more than a decade since my dad passed. I miss him every day. Part of keeping his memory fresh is passing along the stupid little sayings he used to spout. In this, I believe many of you join me with your own parents. No matter how inane we thought they were at the time, now they seem precious. Until later …