Brats, beer and baseball returned Wednesday to Avista Stadium as the Spokane Indians embark on their longest season in 40 years.

The Indians open their season Friday against the Vancouver Canadians, but they kicked off their annual Community Fan Fest on Wednesday night.

That would be the most games for the Indians since playing 140 regular-season games in 1982. 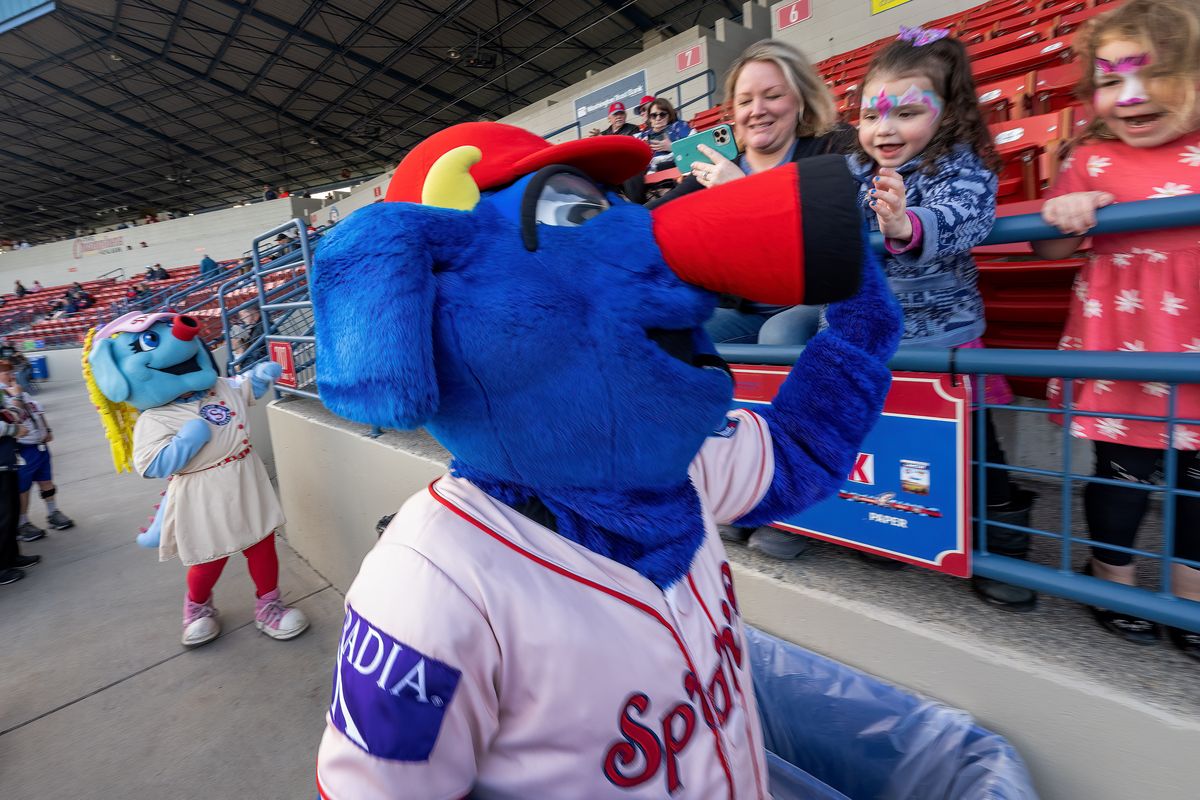 Hundreds poured into concession stand lines, and eventually their seats, for coach and player introductions and a home run derby Wednesday.

The elder Davenny said he has been attending Indians games since 1972.

He said starting the season earlier reminded him of his youth.

“There was plenty of April baseball,” Davenny said. “You’d come bundled up and be ready to shiver a little bit.”

Temperatures were in the 40s during Wednesday’s Fan Fest, which Davenny called an opportunity to get the “juices” flowing for watching good minor league baseball.

Meanwhile, Reid Nixon sipped a beer while his 7-year-old daughter, Ella Nixon, feasted on Cracker Jacks toward the top of the stadium on the third base side.

Reid Nixon, wearing a Baltimore Orioles sweatshirt and an Indians hat, estimated he goes to at least 20 Indians games a year. He said they’ll be at Friday night’s opener.

He said he brought his daughter to Fan Fest simply because, “we love baseball. We love the Indians.”

Indians Manager Scott Little told the crowd he’s excited to be back before he introduced his coaching staff.

“Hopefully, we can bring a good product for you guys,” Little said.

Players wore their white jerseys and caps, and lined up along the first base line to introduce themselves.

Fans applauded after each player gave his name, hometown and position. A few players added a little flare to their introductions by either revving up the crowd, dancing or, in Colin Simpson’s case, doing back flips.

Simpson, a 5-foot, 9-inch, 228-pound utility player from Oklahoma, took home $100 for the “best self-introduction” based on loudest crowd applause.

Simpson told the crowd he is excited to golf in Spokane and might fly fish while in town, too, which earned applause as well.

Friday’s game is scheduled to begin at 6:35 p.m. at Avista Stadium and includes fireworks.