A large fire at a building just off Monroe Street downtown caused a massive response and “significant” damage, according to Spokane Fire Chief Brian Schaeffer.

Just before 4:30 a.m., crews were called to a one-story building at 921 W. Railroad Alley Ave., located between First and Second avenues.

The building was primarily used for storing doors, a vehicle and other items, Schaeffer said.

Initial crews arrived to heavy fire on the roof and flames showing on the buildings next door, he said. 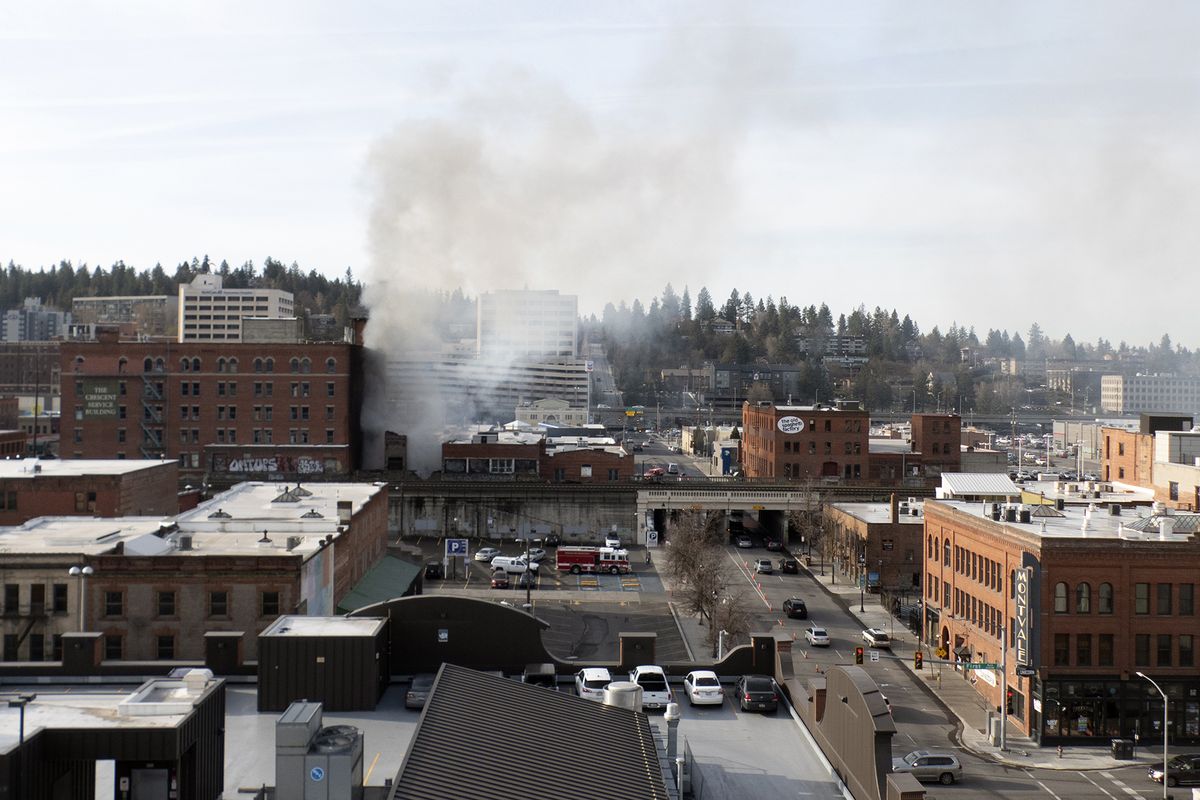 Flames and smoke still arise from the rubble several hours after an early morning fire in a building on the 900 block of W. Railroad Alley Avenue between Monroe and Lincoln streets Thursday in downtown Spokane. (Jesse Tinsley/The Spokesman-Review)

A ladder truck sprayed the building where the fire started from above, and crews entered the storage building and fought back the fire in the basement.

“Working in that alley was pretty dangerous,” Schaeffer said.

Rocks and concrete in the water supply damaged one pump truck, taking the truck out of service and forcing firefighters to lay a longer water supply line.

Despite difficult conditions, Schaeffer said the fire was declared under control at 7:15 a.m.

The building did not have sprinklers, giving the fire a “significant head start,” Schaeffer said.

While sprinklers can be costly, they save both lives and property in the event of a fire, Schaeffer said.

“It’s like having a firefighter in the building all the time ready to go,” Schaffer said. “It’s not just about them and their building. It’s about the adjacent building and firefighters’ safety.”

The cause of the fire remained under investigation early Thursday morning. Crews expected to remain on scene monitoring the building for most of the day, likely causing part of Monroe Street to remain closed, Schaeffer said.

Monroe Street was closed entirely from First Avenue to Second Avenue as of 7:45 a.m.