• That last sentence has to do with school. Kids all over America woke up Monday, checked the calendar on their phone and realized their summer days were numbered. The next couple weeks will fly by. Then it’s time to get back in the classroom. 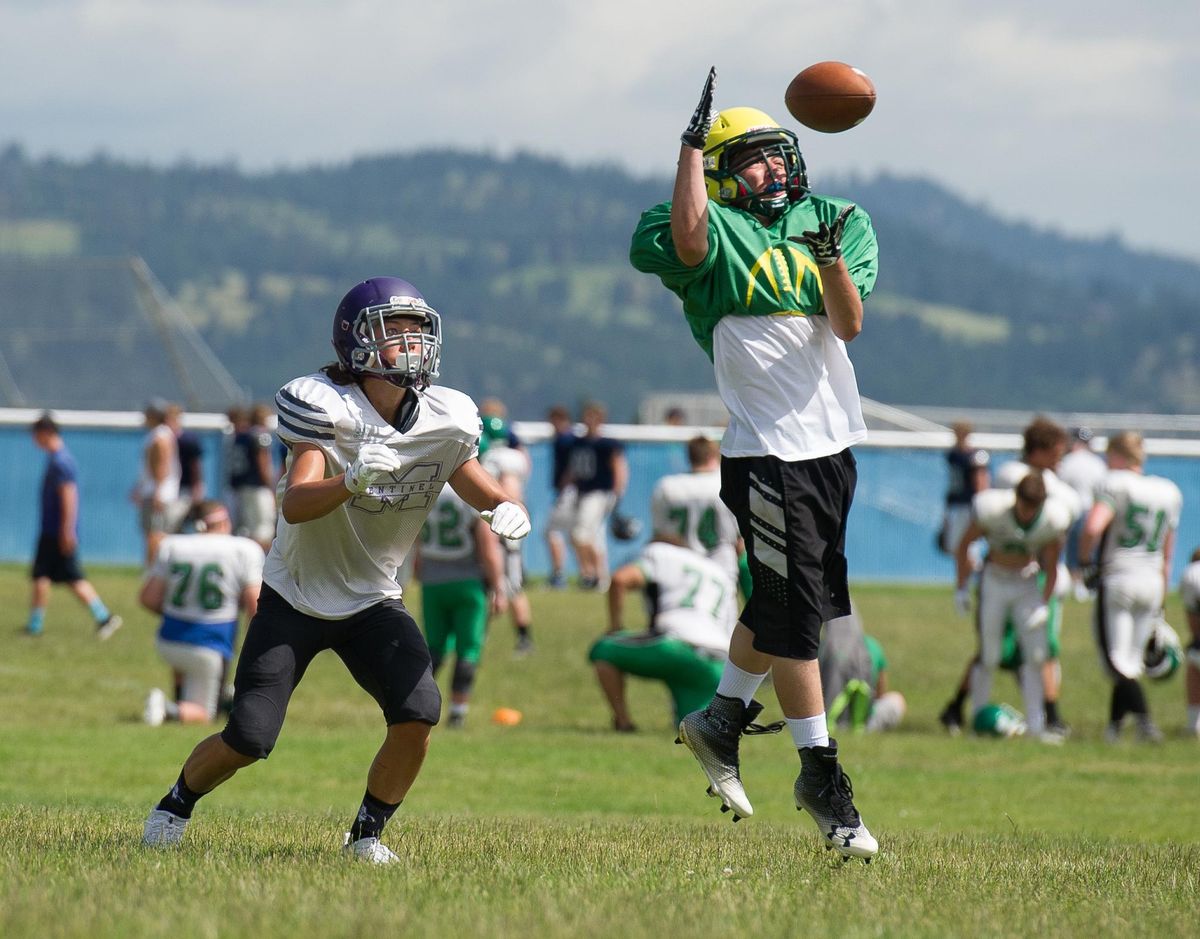 For those in this area whose high school sporting careers are defined by football, summer ends a bit earlier. Football practice kicks off in Washington Aug. 17. Idaho begins even earlier, with fall sports starting next Monday.

The days at the lake are numbered. Heck, the days of lazing in the basement, trying to kick your buddies’ behinds in the latest video game, are about over as well. Seems as if the summer flew by, doesn’t it?

Mainly because it does. Especially if you play football for a living. NFL camps have been open for a while. Long enough for Seahawks’ fans to have given up on their two-headed quarterbacking corps already. And to write off the upcoming season as a rebuild year. Why not? It sure seems as if John Schneider and Pete Carroll have. “Always compete” these days seems to be aimed at winning the best draft pick possible.

No draft picks in college football. Only a transfer portal. When college preseason camps begin this week, coaches will be tasked with integrating more transfers into their programs than ever before.

Oh, sure, that process began over the summer. Introductions were made. Basics taught. But the hard work will come in camp.

An upperclassman transfer is more physically ready to contribute than most freshmen. There is, however, another aspect that has to be addressed. An incoming freshman is usually a blank slate. A transfer? Often with experience comes baggage. To be part of a winning recipe, he has to unlearn before learning.

It’s a different process. A more important one these days than ever before.

• One of the prime clichés in sports revolves around athletes will always take the money. And run. A good example of such came a couple decades ago, when Alex Rodriguez fled the Northwest, saying yes to the Texas Rangers’ $250 million contract. 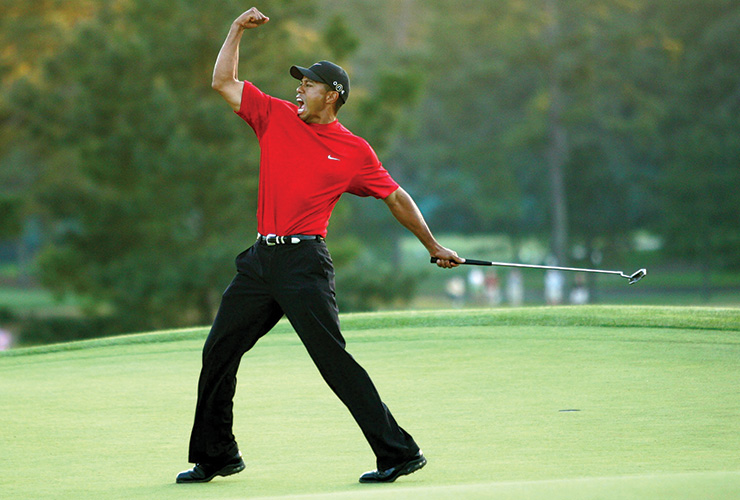 If someone offered you $250 million, the holier-than-thou folks preach, you would take it too. Everyone would. It was hard to argue with the logic – until now.

According to Greg Norman, the LIV golf tour’s bag man, Tiger Woods was offered more than $700 million to switch to the Saudi Arabian-backed group. And said no.

That’s despite the money basically being an honorarium. Woods is past his prime and may be physically incapable of competing at the highest level. The LIV Tour was willing to offer the a sum because Woods is, despite his age and diminished skills, the face of golf in the world. He is, in a nutshell, instant credibility.

He is also someone that understands the past, present and future of the game he’s taken to new heights over the course of his career. And what Norman is offering has too many strings attached.

It’s not just where the money is coming from (or its purpose, to help whitewash the Saudi royal family’s sins). Being paid for just showing up doesn’t jive with what Tiger believes golf is all about: competition. Over the decades the PGA Tour has fine-tuned a four-day, 72-hole weekend test that, by the end of its season, determines the world’s best player.

Is it perfect? Nope. No athletic endeavor is. But, combined with the majors, it’s the best golf has come up with. Besides, as the introduction of world events has shown, the PGA Tour is willing to adapt. Just not the way Norman feels it should.

Tiger has made his allegiance clear in recent statements. Now we’ve come to find out he’s made it even clearer with his actions. 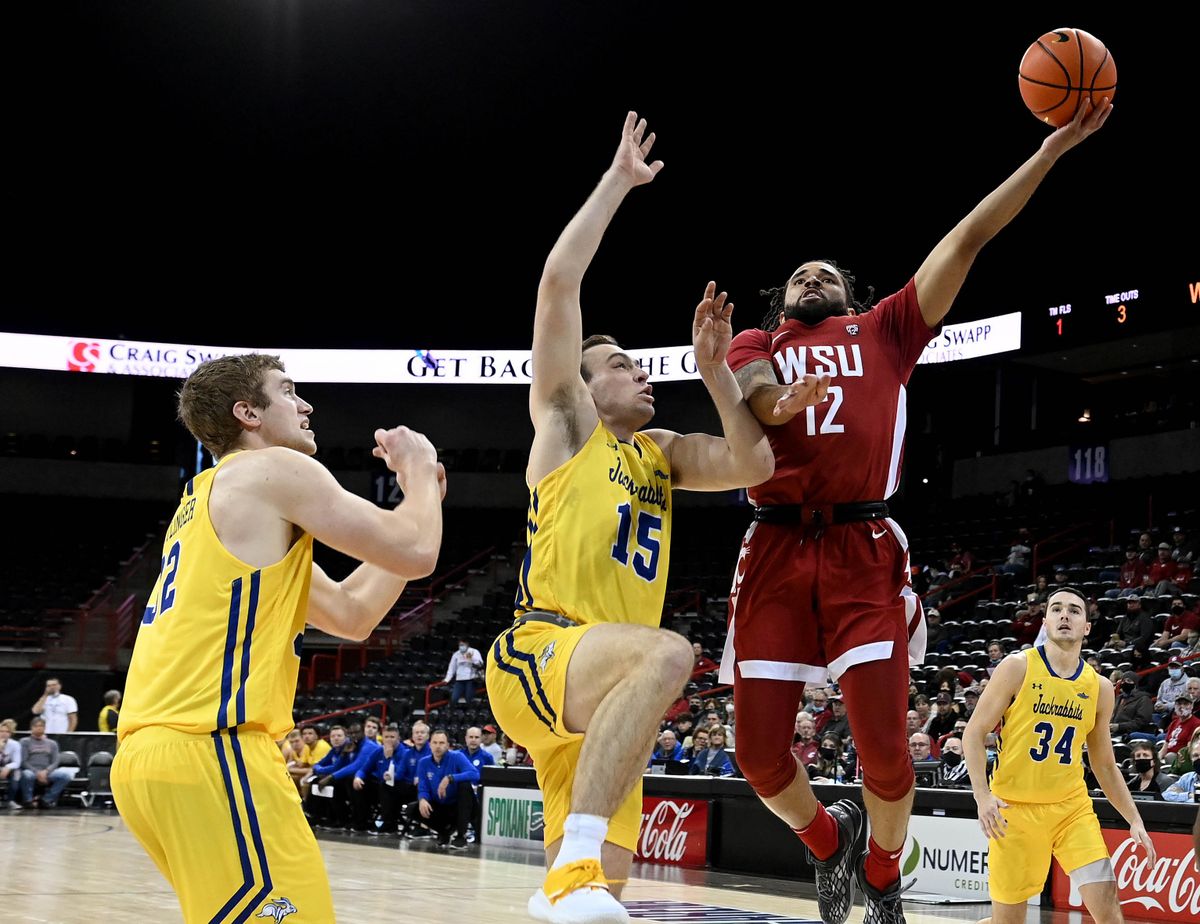 WSU: The Cougars most anticipated nonconference game of the upcoming basketball season has a date. Washington State will match up with Baylor Dec. 18 in Dallas. Colton Clark has the details in this story. … Colton also has this story of a former WSU baseball player signing with the Rockies. Could catcher Jake Meyer end up in Spokane? … Elsewhere in the Pac-12 and college football, Washington welcomes back Jaxson Kirkland after his ankle surgery. … Oregon State has another star tight end in the making, though Luke Musgrave has deep Oregon roots. … Camp is open at Colorado, picked to finish last in the conference. … Utah is on the other end of the predictions but the Utes still have questions to answer.

EWU and Idaho: Both schools have named scholar-athletes of the year. That information leads off the S-R’s most recent local briefs column. … Around the Big Sky, Montana has a quartet of preseason All-Americans. 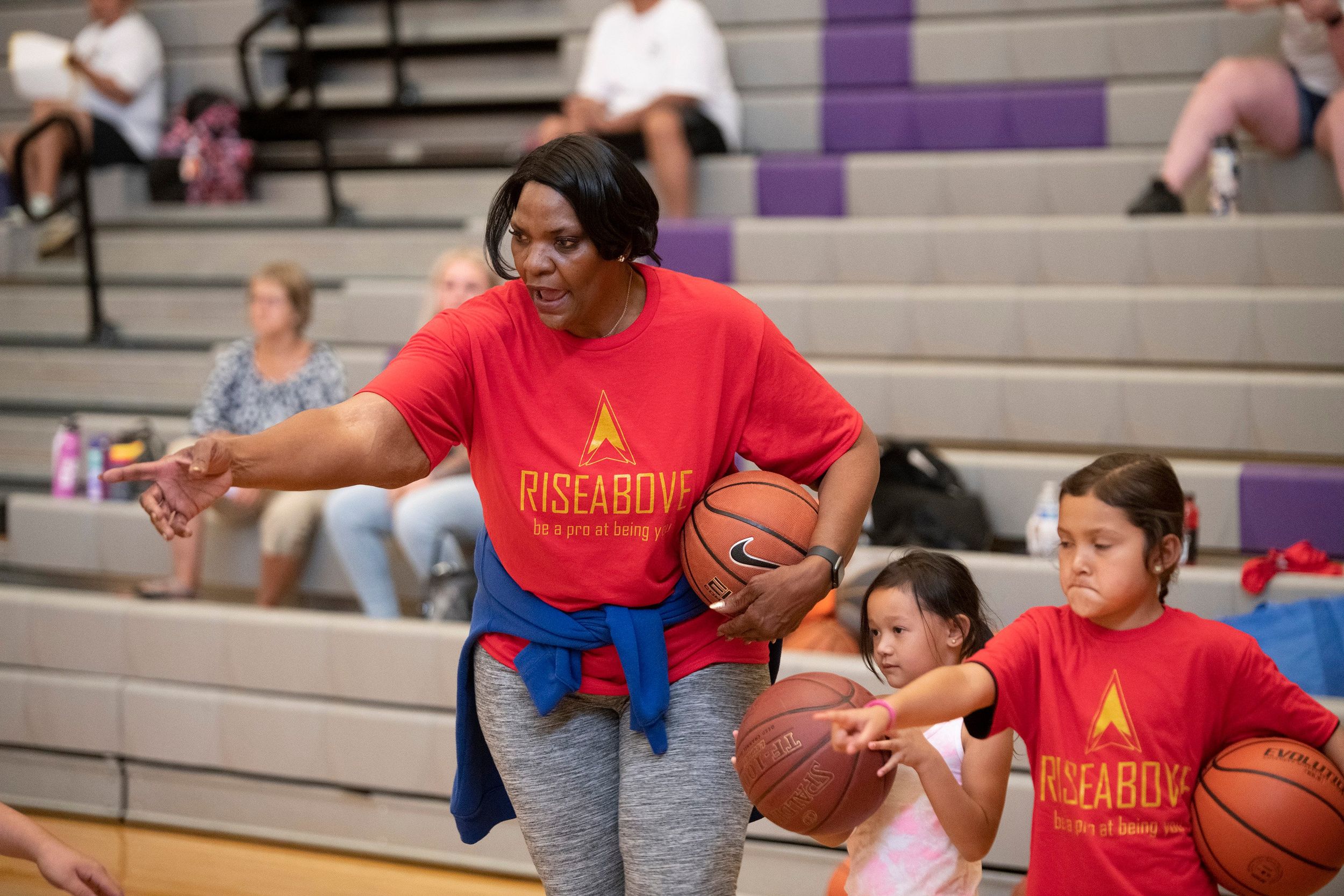 Basketball: The women’s game has come a long way since the 1996 Olympics. Don’t just take our word for it. That’s the position of two of the U.S. gold-medal winning players, Carla McGhee and Venus Lacy, who were in Spokane recently. Amber D. Dodd spoke to the duo and has this story.

Seahawks: With Pete Carroll stuck at home – he tested positive for COVID-19 – the defense dominated the offense yesterday. … Jamal Adams is back in camp wearing a cast on his left hand. 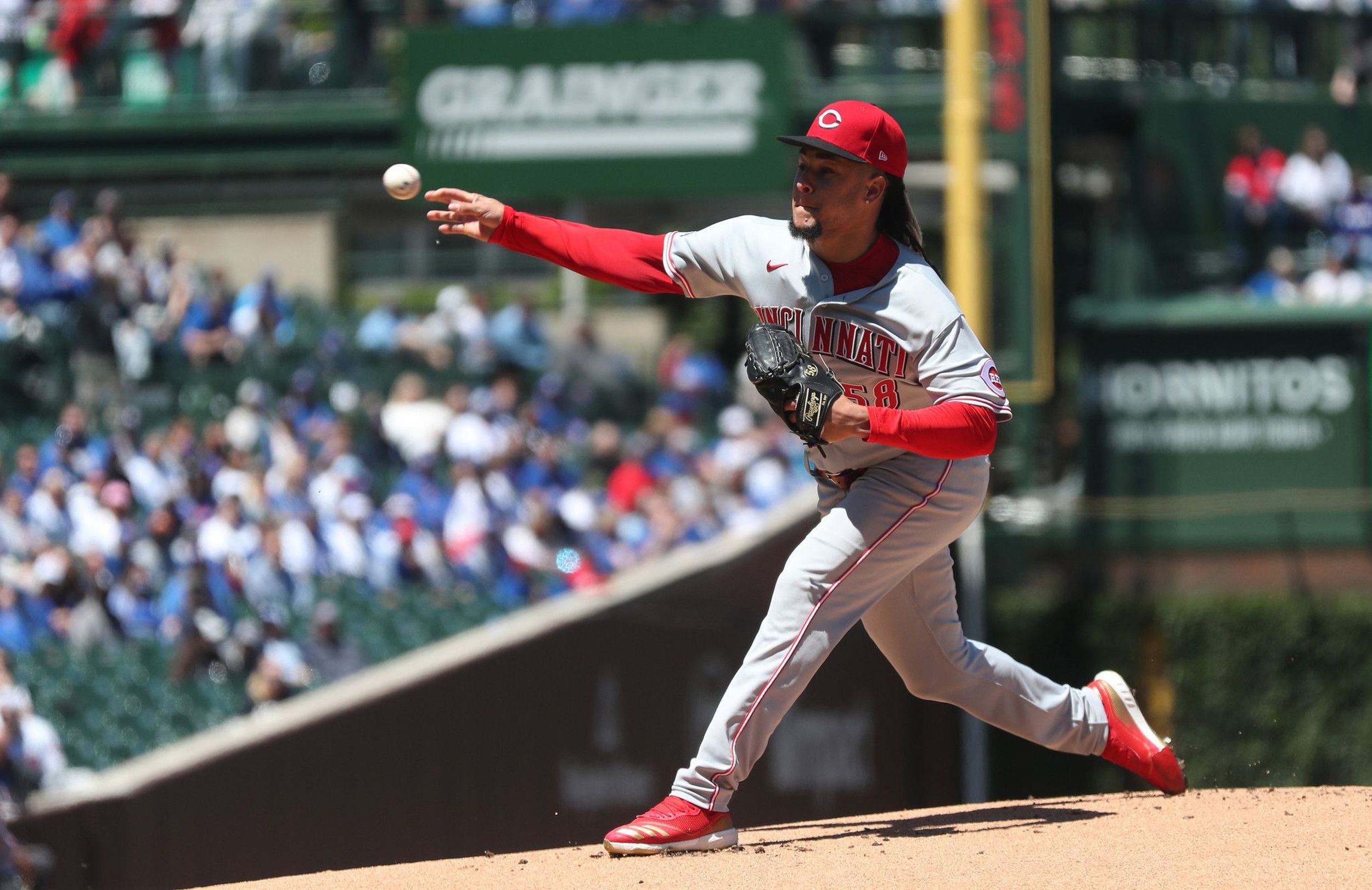 Mariners: Not only did the Yankees swamp the M’s 7-2 last night in the Bronx, they may have submarined any chance of Seattle trading Marco Gonzales. The Phillies were scouting Gonzales on Monday, according to published reports, and he wasn’t at his best. … Luis Castillo will start Wednesday. He can’t wait. Neither can the Mariners.

• There has been road construction going on in our neighborhood the past few weeks. We have to navigate through a trio of flag-people to traverse the three blocks from the house to nearest arterial. There are steel plates everywhere. Piles of broken asphalt, dirt and soon-to-be-installed pipe. We can say one thing with certainty: Eight-year-old Vince would have been in heaven watching the back hoes and dump trucks work their magic. It’s like Tonka trucks come to life. He wouldn’t have understood why the grownups are grumbling every time they back the car out of the driveway. Until later …