A GRIP ON SPORTS • The high Sierras. Late 1960s. A father and son, sitting in the front seats of an International Scout car. The middle of nowhere, atop a mountain. Radio on. The sounds of baseball and static. The Dodgers. The voice of the game. Vin Scully. Perfect.

• Those days are gone now. The man who interrupted the quiet of a rare vacation to make that drive into the wilderness has been gone for more than a decade. The boy who just had to know how the Dodgers were doing that hot August night has been gone even longer, replaced by someone who takes advantage of senior discounts at IHOP. And Vin Scully, the voice of both their generations? He’s gone now too, passing Tuesday at the age of 94.

Scully was special. A friend to millions of people he would never meet. They would know him, though, through his work. His voice. Some were introduced through golf, or football or whatever he described during the offseason. But for those of us on the West Coast, we knew him as the voice of the Dodgers.

The perfect voice. The man who spun meandering stories of superb detail, some a bit esoteric, sure, but all on point. And yet, the man who knew better than anyone the value of silence.

As the years rolled on – Scully, who attended Fordham University in New York, began with the Dodgers when they were still in Brooklyn and moved with them to the land of the freeway – every big moment in Los Angeles baseball was accompanied by Scully’s voice.

And we rode along as well. Dodger baseball for years was not about TV. It was about a transistor or car or house radio, collecting the 50,000 watts of KFI that sent Scully’s descriptions – and well-reasoned opinions – from the wilds of Northern Mexico to the forests of British Columbia – if you could just find the right spot.

We’ve met lifelong Spokane residents who listened to Scully in the 1970s and ‘80s. They found their spot to listen in this area. They wanted to follow the Dodgers who played minor league baseball here as they appeared in a trio of World Series.

We’ve met many folks who did what we did, falling asleep to Scully’s voice from April to September, the radio quietly describing Maury Wills’ latest stolen base as we prepared to dream about driving Wills home from second someday. Scully was there, even after some of us weren’t. Life got in the way. A move north meant decades without, as our children made their own audio connections with baseball. As good as some were, we knew they were missing out on the best.

Then the magic of satellite radio allowed us to reconnect after the turn of century. We subscribed for that reason and that reason only. We listened until he stepped away in 2016, far from his best at age 88 but still better than most.

Why was Scully so good at baseball play-by-play? Those who do it for their living have their explanations. And they make sense. But ours is simpler. He always sounded as if he was sitting next to you in the car, sharing the front seat, talking to you and you alone. It was a conversation. He described the action, then paused long enough for you to add your two cents.

While Kirk Gibson was limping around the bases in 1988, Scully went silent long enough – more than a minute – to allow us to jump up and down on a Louisville hotel bed, yelling words we don’t remember. Then Scully summed it all up.

“In a year that has been so improbable, the impossible has happened.”

• There are only a couple of events that could keep us from writing on and on about Cougar football practice beginning today. Scully’s death is one. But there are others. 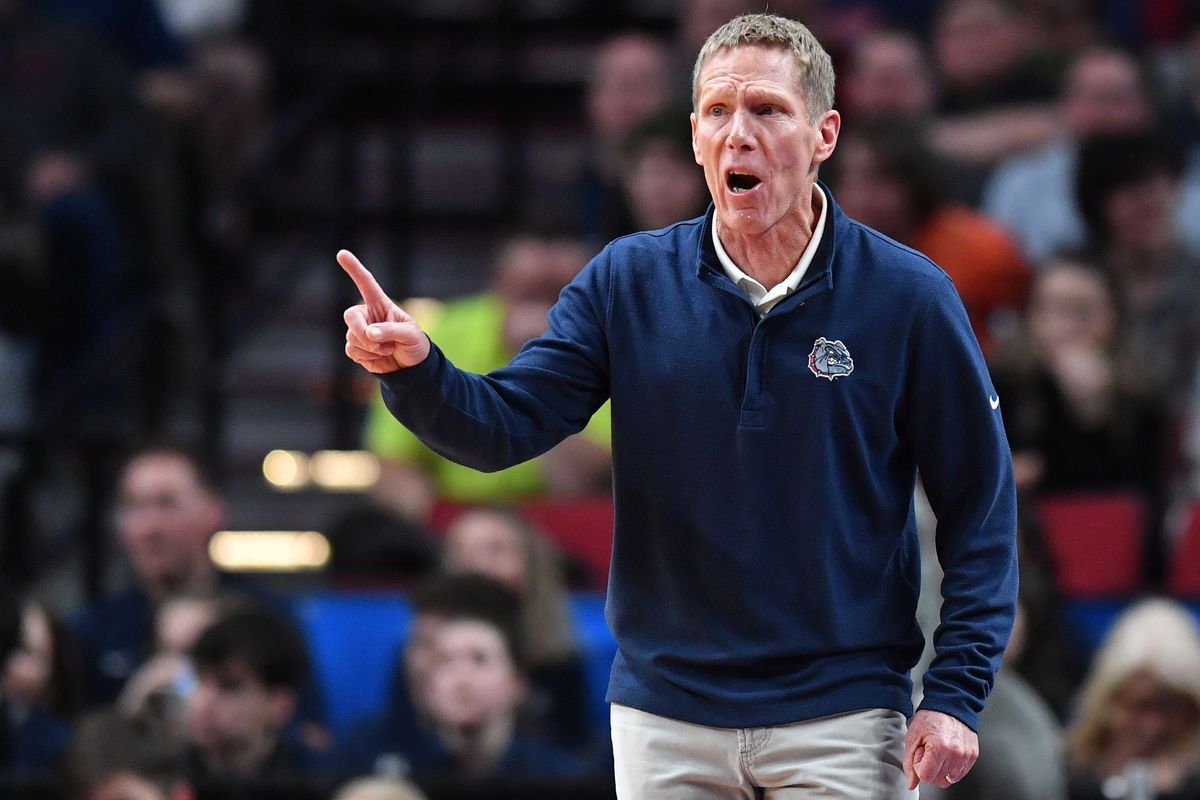 One actually occurred yesterday afternoon, when Mark Few called into a Kentucky telethon to chat with his buddy, John Calipari. And to drop a bombshell. Kentucky and Gonzaga are going to play each other the next couple years.

But that’s not all. The Wildcats, one of the top five basketball programs of all time, will come to McCarthey for the first game of a home-and-home series.

There are few, if any, touchstones left for the Gonzaga basketball program – outside of winning a national title of course. But hosting Kentucky or Kansas or North Carolina in the Kennel, that would be among them. Now one will happen and happen in just a few months. That’s another beautiful aspect of college hoops. If, say, Washington State was going to host Alabama in football, that game would be scheduled for 2037 – at the earliest. Between now and then someone would get cold feet and the whole thing would fall apart.

But in basketball a game between Kentucky and Gonzaga can be announced Aug. 2 and occur Nov. 20. How cool is that? 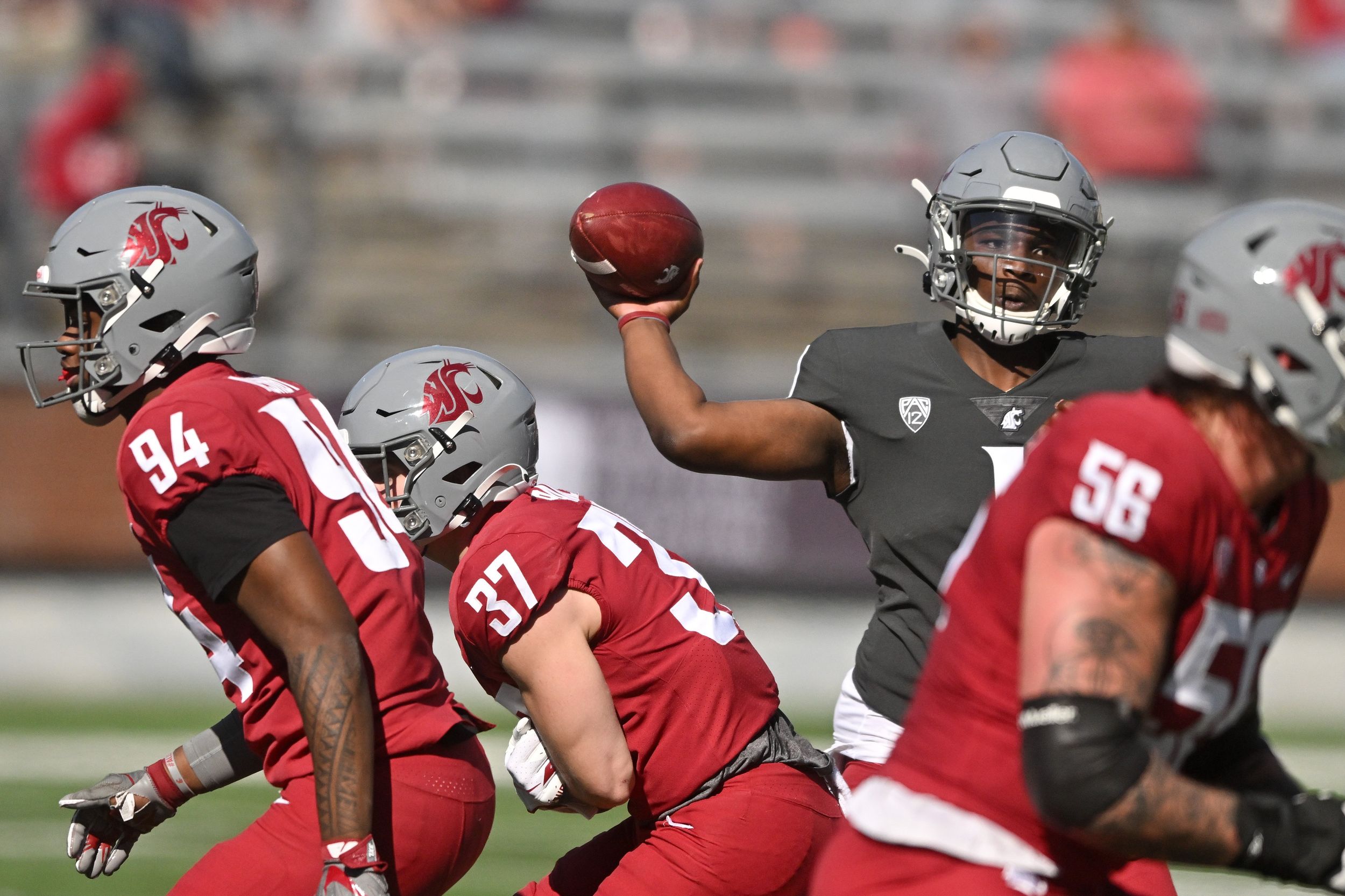 WSU: Yes, the 2022 football season begins this morning in Pullman. Practice starts. Jake Dickert will run his first preseason camp. He talked about what was ahead for his Cougars during media availability Tuesday and Colton Clark was there. The S-R’s WSU beat writer has this story on what Dickert said as well as this preview of camp. .. Mel Hein may have been the greatest player Washington State ever produced. His great-grandchildren keep alive a tradition he began. … Elsewhere in the Pac-12 and college football, it’s funny, when talking about recruiting, to wonder if “committed” players are going elsewhere and then, a paragraph later, tout a “commitment” as a key development. …The conference office made a new hire. … Does Washington have a blueprint for success? … Oregon State opens camp today with bigger players. … There is a lot for new coach Dan Lanning to accomplish in his first Oregon camp. … Colorado opened camp Tuesday with a new-look offense. … The former Utah athletic director, Chris Hill, doesn’t see why teams would leave the Pac-12 for the Big 12. The Utes certainly don’t need the change. … A winning season isn’t enough for UCLA. … Arizona State may start a Florida transfer at quarterback. … Arizona held a media day before camp starts. … In basketball news, Oregon has picked up a key commitment. 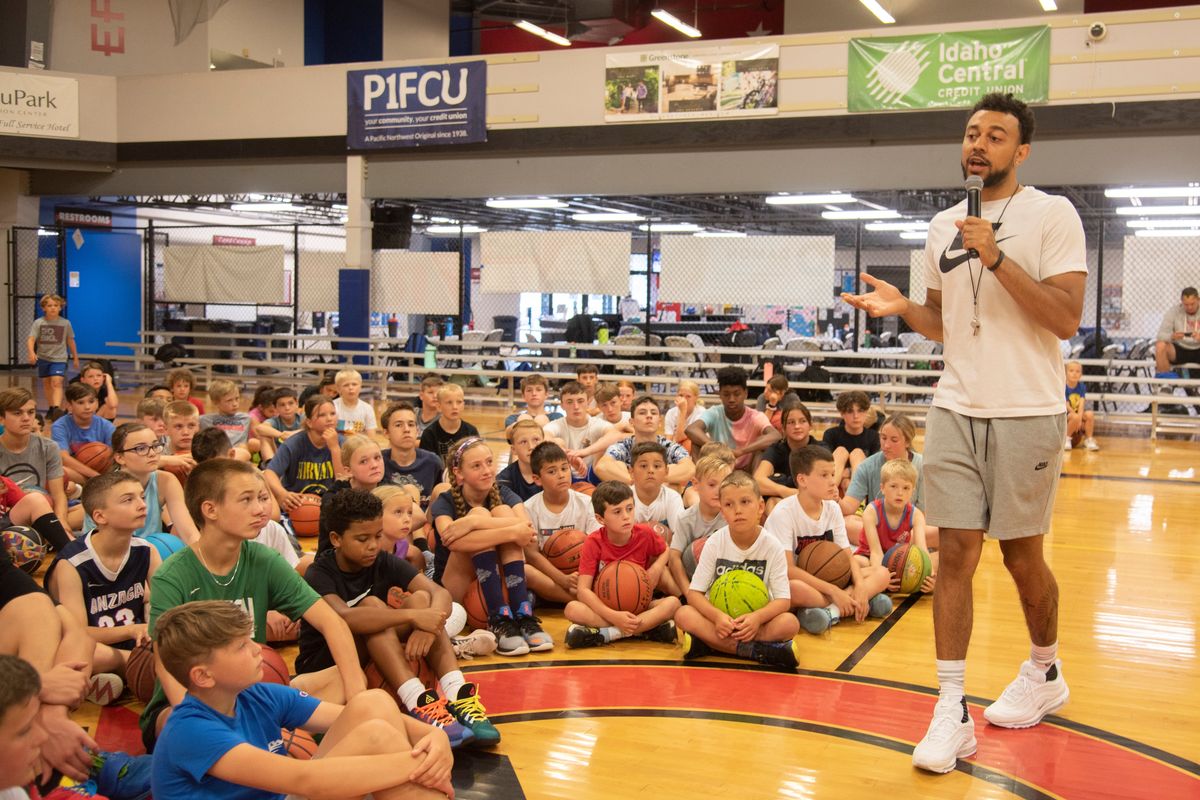 Gonzaga: The Kentucky game highlights the day for the Zags. That’s a given and Theo Lawson has the story. But there was a lot more happening Tuesday. Another nonconference game leaked out, and Theo has this story on Kent State coming to the Kennel. Plus, the West Coast Conference posted the regular season schedule. Theo has more on that as well but the highlights include Senior Night against Saint Mary’s and a conference opener on New Year’s Eve in Spokane against Pepperdine. … Nigel Williams-Goss continues to hold a basketball camp in Spokane. Jim Meehan attended and explains why. Jesse Tinsley was also at the Hub and has this photo gallery. … The WCC schedule for the women also appeared, with the Zags beginning and ending the season with games against BYU. It will be Cougars last season in the conference. Jim Allen has more in this story. … Around the WCC, USF and Bill Russell did not always have the best relationship.

Idaho: The Vandals begin preseason camp today as well. New coach Jason Eck will welcome his team to the Kibbie Dome with a morning practice. Peter Harriman has this preview of what’s ahead for UI. … Around the Big Sky, Northern Colorado has solidified kickoff times. … As Idaho State prepares for the season, the past is not far away. … UC Davis has added a staff member. CCS: The Sasquatch have a new women’s basketball coach. Former Lewis and Clark High star and assistant coach Brittany Kennedy will take over the program. That news leads off the latest local briefs column in the S-R.

Indians: This week might be Spokane’s last chance to show it has postseason potential. The last-place Indians are hosting first-place Eugene. But it didn’t begin well, with the Emeralds rolling to an 11-3 series-opening victory. Dave Nichols was at Avista Stadium and has this story.

Mariners: It is so much fun to be excited about watching an M’s game again. A true pennant-race game. We sat and watched most of their 8-6 tightrope-act victory at New York last night, enthralled until Andres Munoz’s final slider dropped in. More of this please. … The M’s deadline trades were for smaller, less flashy pieces. Will they be enough? … It’s about time for injured players to get back and stay healthy. If they don’t, the stretch run will be tough. 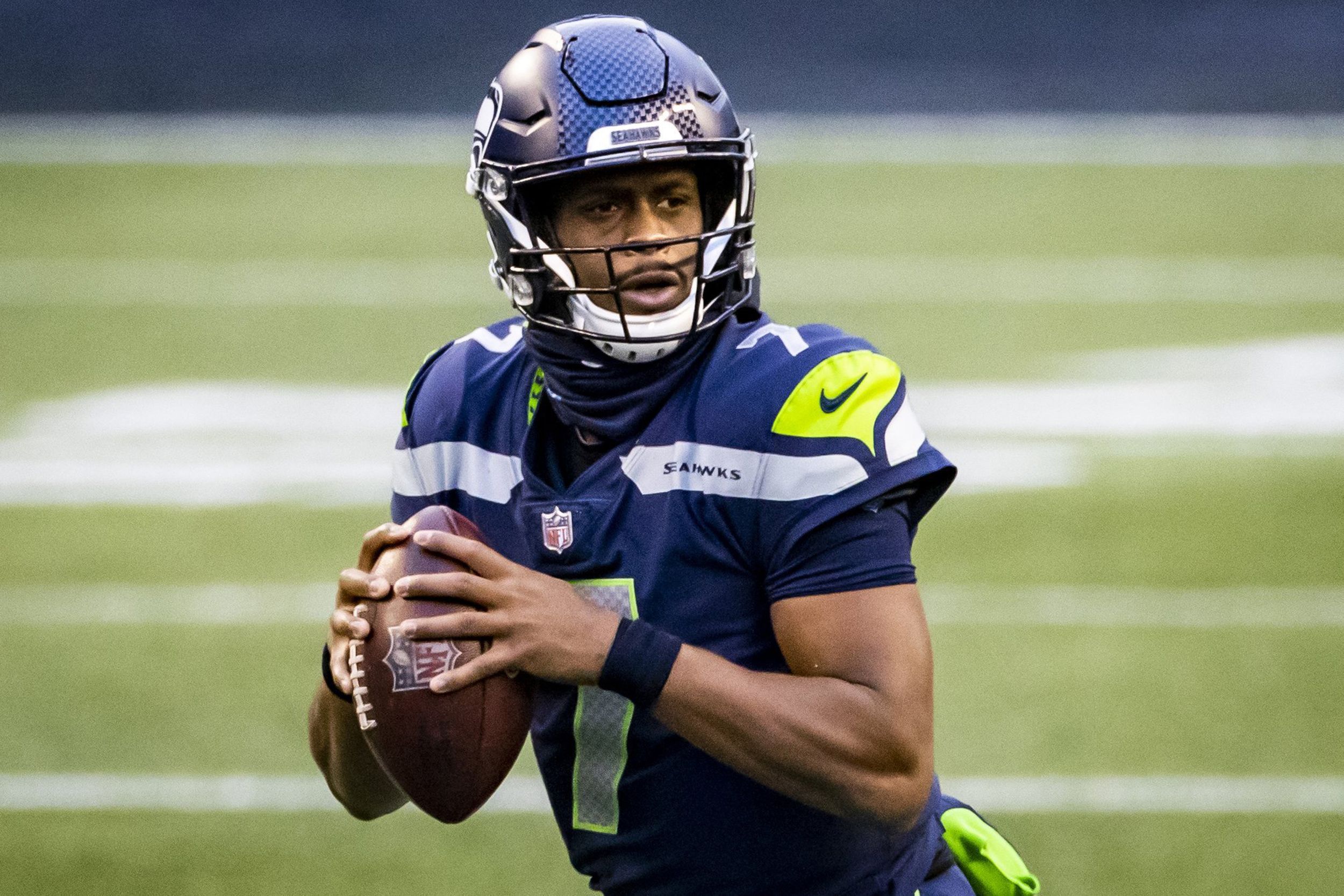 Seahawks: Who will be the quarterback in the opener against Denver? We may not know until just before kickoff. … Whoever it is, they will have to be able to connect with DK Metcalf. … Unless the defense is lights-out good. … Rashaad Penny misses Chris Carson.

Sounders: Seattle has to get going. Make a playoff push. August started right with a 1-0 win over Dallas on a Nico Lodeiro penalty kick.

Storm: As the WNBA regular season winds down, it seems like a good time to concentrate on Sue Bird as her career in Seattle winds down.

Kraken: Does Seattle have potential?

• Thanks for reading today. Now we’ve drawn you in, we are going to step onto a soapbox and preach for a while. Can the term “fall camp” please disappear from the college football writer’s lexicon, even if coaches still use the antiquated term? The practices between now and the first game are not in the fall. They are not preparing the team for the “fall” season now that games begin in summer and end in the winter, at least for a handful of schools. Accuracy and precision are key parts of journalism. Calling it “fall camp” just laughs in the face of that. Label it “preseason camp” if need be, as the practices precede the season. Or just call it practice. But, as the temps top 90 degrees and the sun stays above the horizon for hour after hour, it is not yet fall. And won’t be until the games are well underway. Thanks for coming to our TED talk. (That’s the correct cliché for the moment, right?) Until later …