A GRIP ON SPORTS • We knew the answer to the question before it was really asked. But we didn’t want to believe it. We hoped this time it would be different. It wasn’t. And that’s disappointing.

• We wondered Thursday where Gonzaga and Kentucky would play their highly touted Nov. 20 nonconference basketball game. The series, announced earlier this week, was billed as a “home-and-home” one. Which seemed to indicate the Spokane game would be played in the McCarthey Athletic Center.

After all, that is Gonzaga’s home court. 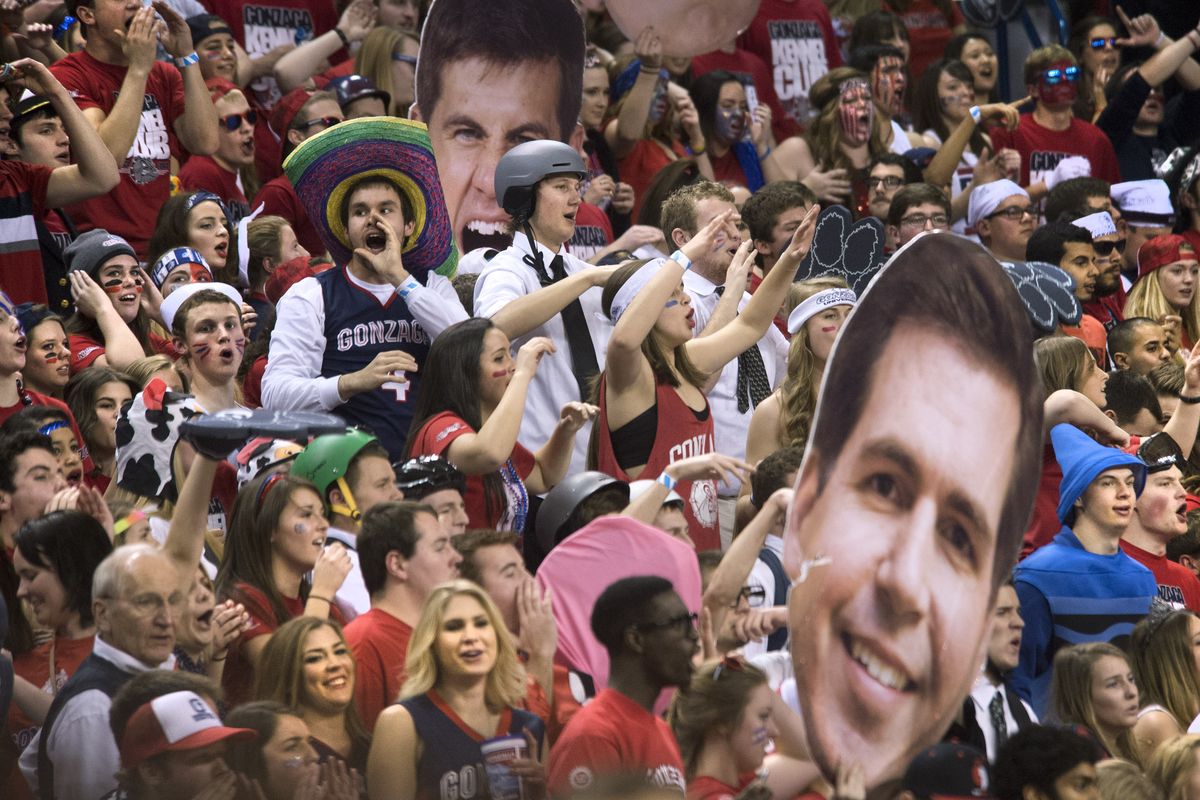 Then rumors started to float around in the toxic cloud that is social media. Rumors Kentucky coach John Calipari had a different definition of “home-and-home.”

The Wildcats, who play in 23,000-seat Rupp Arena, aren’t about to meet Gonzaga in a place that holds only 6,000. Never mind North Carolina has. And Michigan State. McCarthey, it turns out, is too small to fit Calipari’s oversized ego, let alone any Kentucky fans wishing to jet out of the Bluegrass State for a weekend. The challenge is too great.

Calipari made that clear with a Thursday tweet, saying the only people who were clamoring for his Wildcats to play GU in the Kennel “wants us to lose.”

We understand how he could feel that way. But it isn’t true.

We don’t care who wins. We don’t have a Bulldog – or a Wildcat – in the hunt. All we want to see is the best college basketball has to offer.

And a blue blood like Kentucky trying to deal with an atmosphere like Gonzaga has in the Kennel – unique in college hoops – is what makes the sport so special.

Look, people from places like Durham, Lawrence or, yes, Lexington, wonder why Gonzaga has trouble winning against Saint Mary’s in Moraga. They laugh every time the Zags fall in McKeon Pavilion, pointing to the defeat as proof GU just isn’t all that good.

But we know different. We’ve experienced it first-hand. And, it seems, Calipari knows as well. 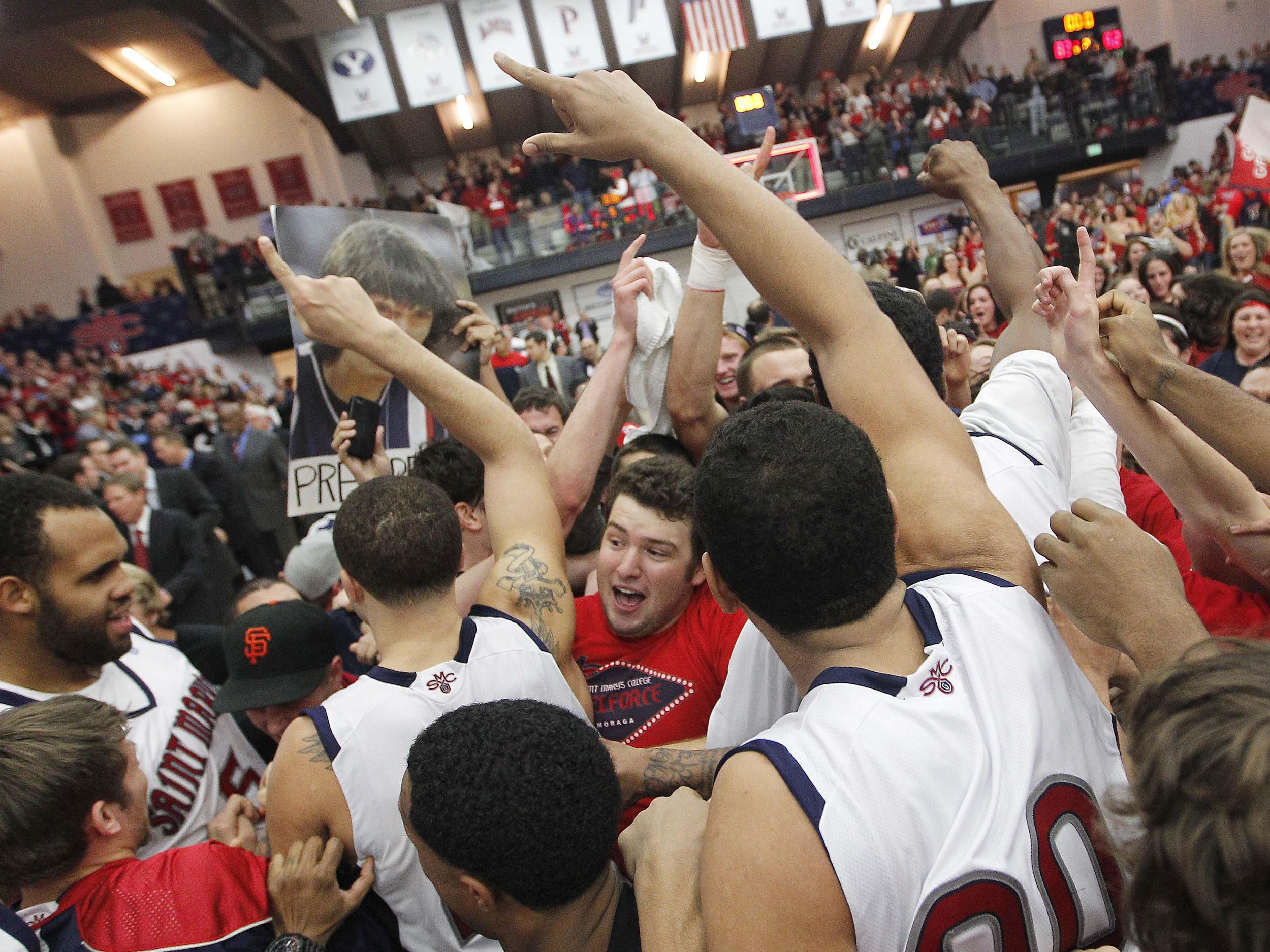 It’s not just that the Gaels are good (and they usually are), it’s also because playing in a bandbox is different. Everything about the game seems compressed. Tight. Pressure-packed. Claustrophobic.

McCarthey is bigger than McKeon, sure, but compared to Rupp Arena, and the other facilities Kentucky plays its games, it would be McKeon-like.

Calipari admitted Thursday his Wildcats don’t want to handle the advantage the Kennel provides. That it would be unfair. Unusual. Un-Kentucky-like. The Wildcats just don’t do that. After all, as Calipari said in a tweet, “I tried to look back and find the last time UK played in a true regular-season road game with 6,000 or fewer fans. I stopped looking after the 70s.”

Can we offer a couple counterpoints why he should embrace the McCarthey challenge? They are actually kind of selfish, for Calipari and Kentucky.

It would be a different experience for his players, something colleges should strive to provide. More importantly though, win or lose, it would help the Wildcats down the road.

Kentucky is a perennial national title contender. But to win UK’s first since 2012 – it has been one of the favorites many times since – it will have to be tougher in the tournament than it’s been recently. Have to be able to deal with all sorts of unexpected occurrences. Things the players may not have experienced before. Adapt and overcome.

Or, you know, the Wildcats could continue to demand everything be to their liking. Be “normal.” Big crowd, big sight lines, big stage. Smaller challenge. How has that preparation worked come March recently?

That we-want-it-our-way attitude Calipari is displaying may be part of the problem. Maybe it’s time to shake things up. Starting in Nov. 20. In Spokane.

• There seems only one good word to use concerning this weekend’s televised sports menu. Stealthy. As in under the radar. Or hidden. There are gems, though you have to be really focused to find them. And with the weather we are expecting to see, why bother?

Just about every Friday, we take a look at what’s available concerning TV sports. This weekend? The Mariners are playing the Angels in Seattle. A night game tonight, day games Saturday and Sunday, all on Root.

The pennant race is actually in full-go mode, seeing the trade deadline has passed. It’s time to get fully invested if you haven’t already.

After that? Pretty slim pickings. It’s almost as if the programmers realize folks will be grabbing the last vestiges of summer before school begins around the nation instead of watching fishing or bowling or golf or something. 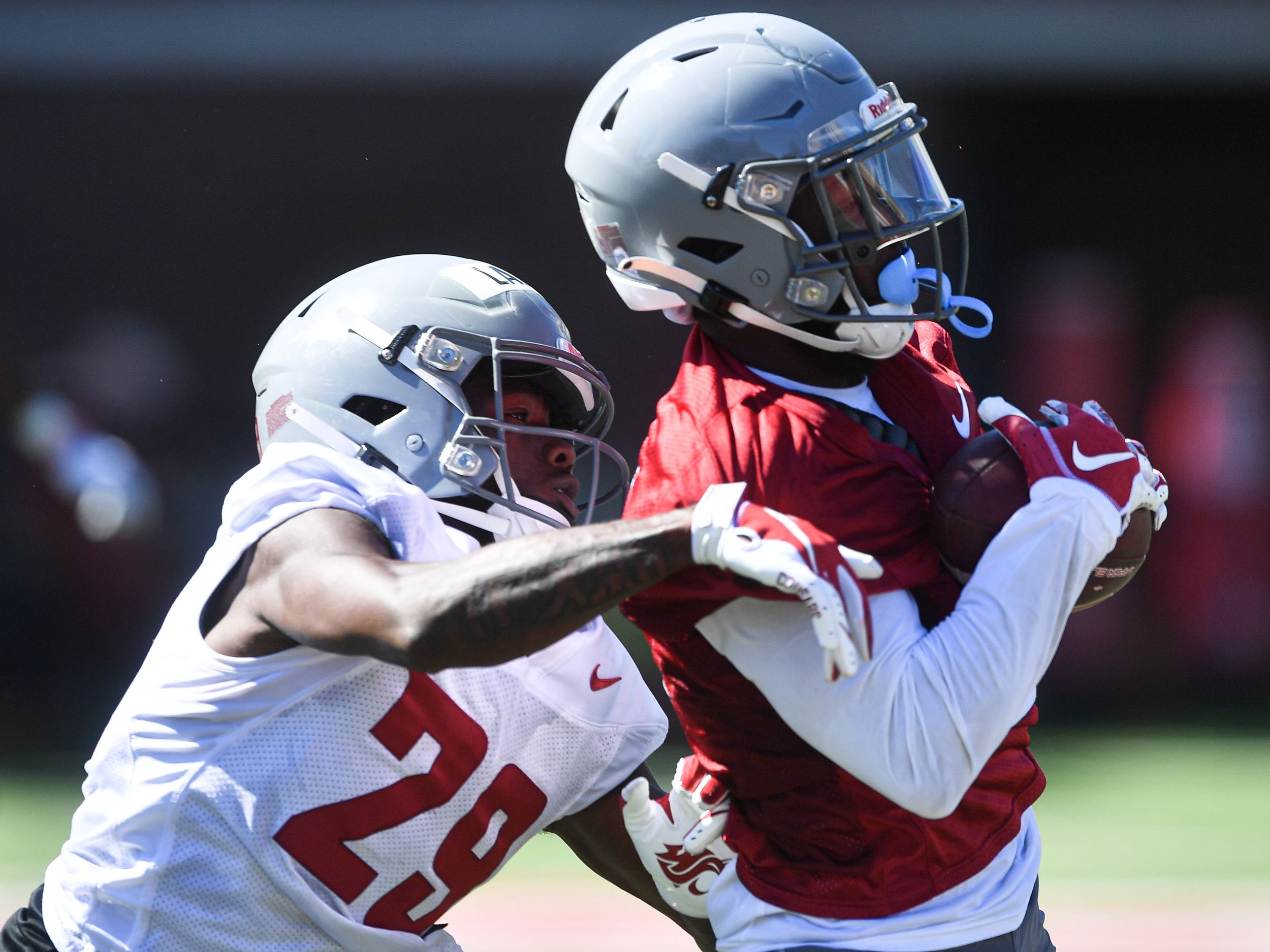 WSU: The Cougars are about ready to put on some pads and make contact. But they still had one practice without on Thursday. Colton Clark was there and he has this notebook. The defense looked good. Next practice, it might be the offense. That’s how preseason camp goes. … Elsewhere in the Pac-12 and college football, Kalen DeBoer began his quest to unravel the mystery that is Washington football lately. … The Huskies will feature a strong group of running backs. … There is a lot of competition for Oregon State’s running back spots. … There are changes at Oregon. … Injuries are a part of football but that doesn’t mean players have to like it. … Utah has proved it can run with the big boys. … A USC receiver didn’t shy away from answering a tough question. … The Arizona State president has said some silly stuff in the past. … Arizona opened training camp yesterday. … In basketball news, Oregon has made a change on its staff.

Gonzaga: We linked Theo Lawson’s story about the Kentucky game above. We do it again here in case, you know, you skipped our thoughts on the location. 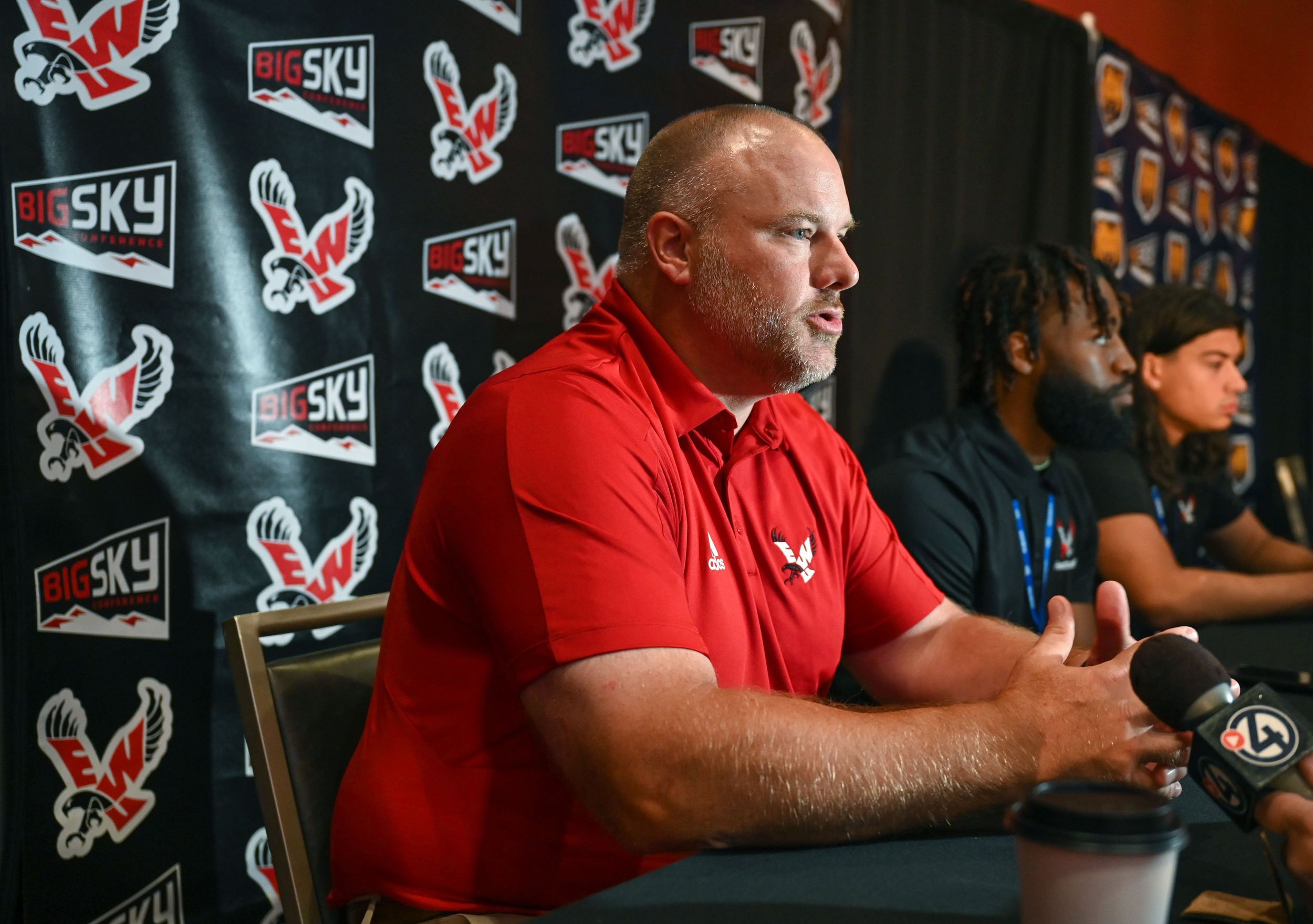 EWU: The Eagles are ready to open preseason camp Saturday. It seems different somehow. New faces abound. And a new expectation. Dan Thompson delves into all of that in this preview. … Around the Big Sky, Weber State has hit the practice field. … Idaho State has new secondary coaches. … UC Davis lost a key coach just before practice was to begin.

Indians: First-place Eugene had little trouble with Spokane at Avista last night, winning 8-2. Dave Nichols was there and has this story. 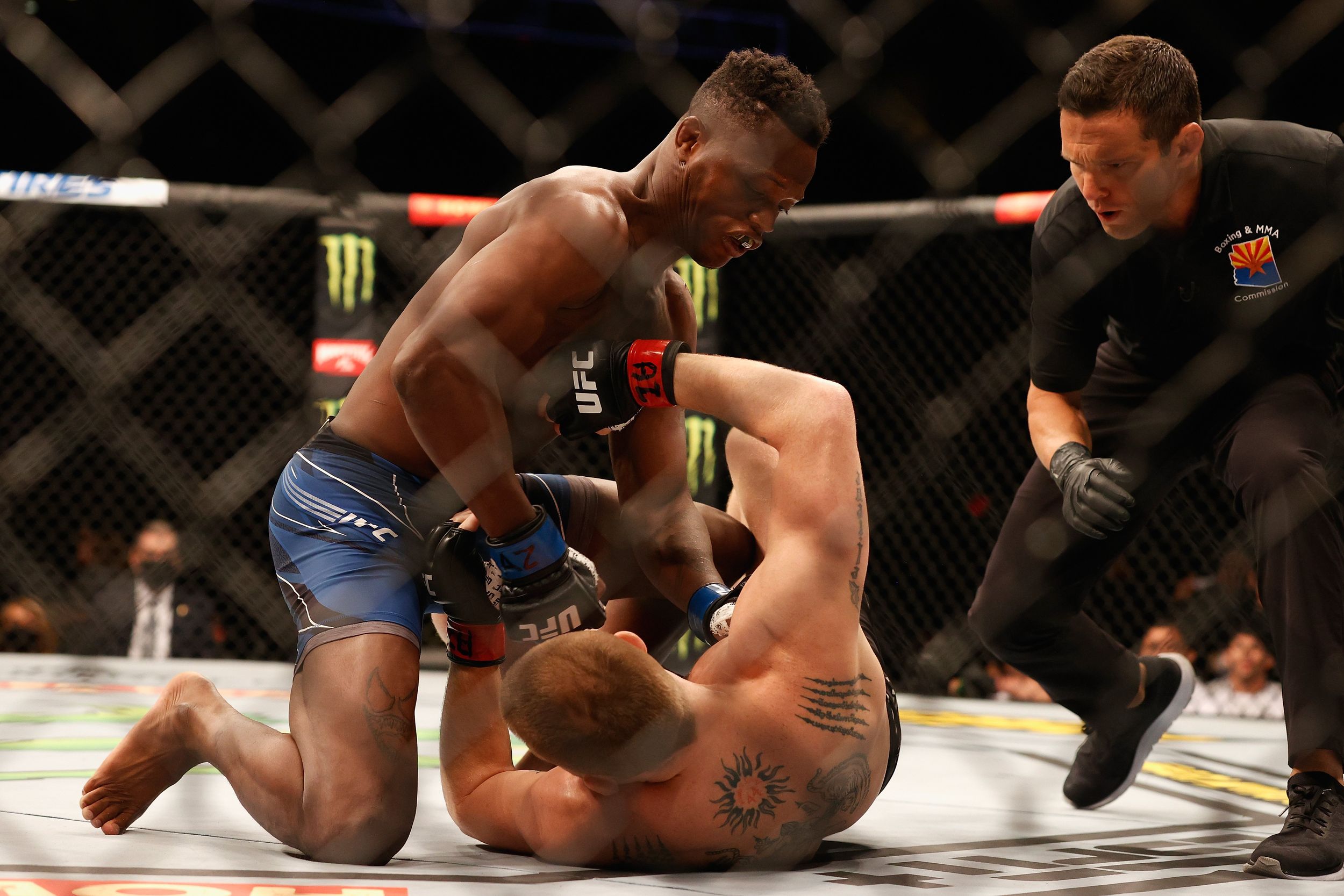 UFC: Terrance McKinney returns to the octagon Saturday night for a battle Erick Gonzalez. Charlotte McKinley has a preview.

Mariners: The M’s had Thursday off, which gave everyone a chance to breath. And to reflect back on trades that weren’t made.

Seahawks: Everyone, it seems, likes K.J. Wright. There are reasons. Lots of reasons. … Will Dissly’s contract is different. Not bad. Not good. Different. … The Hawks’ new offensive line coach is making his presence felt.

• We stayed up way too late last night. Decided to watch “Slow Horses” on Apple TV+. Got sucked in. Couldn’t stop. Some five hours later we finally went to bed. After midnight. We felt young again. This morning, we realized, nope, we’re not young. And we need our sleep. Without it we become as negative as Jackson Lamb. And as obnoxious as Struan Loy. We highly recommend it. Until later …