A GRIP ON SPORTS • No college football today. Nor next Saturday, nor the one after that. Then the wait is over, at least for some. Around here, it will be another week. That’s OK. We’re patient. To a degree.

• August comes in like a dragon and leaves like one too. All heat and humidity, fire and brimstone, sweat and pain. It’s the perfect month to prep for the football season. That’s what our local college teams are doing today, getting ready. Washington State and Idaho will meet each other again – you hear that Kyle Smith? – in Pullman on the evening of Sept. 3. 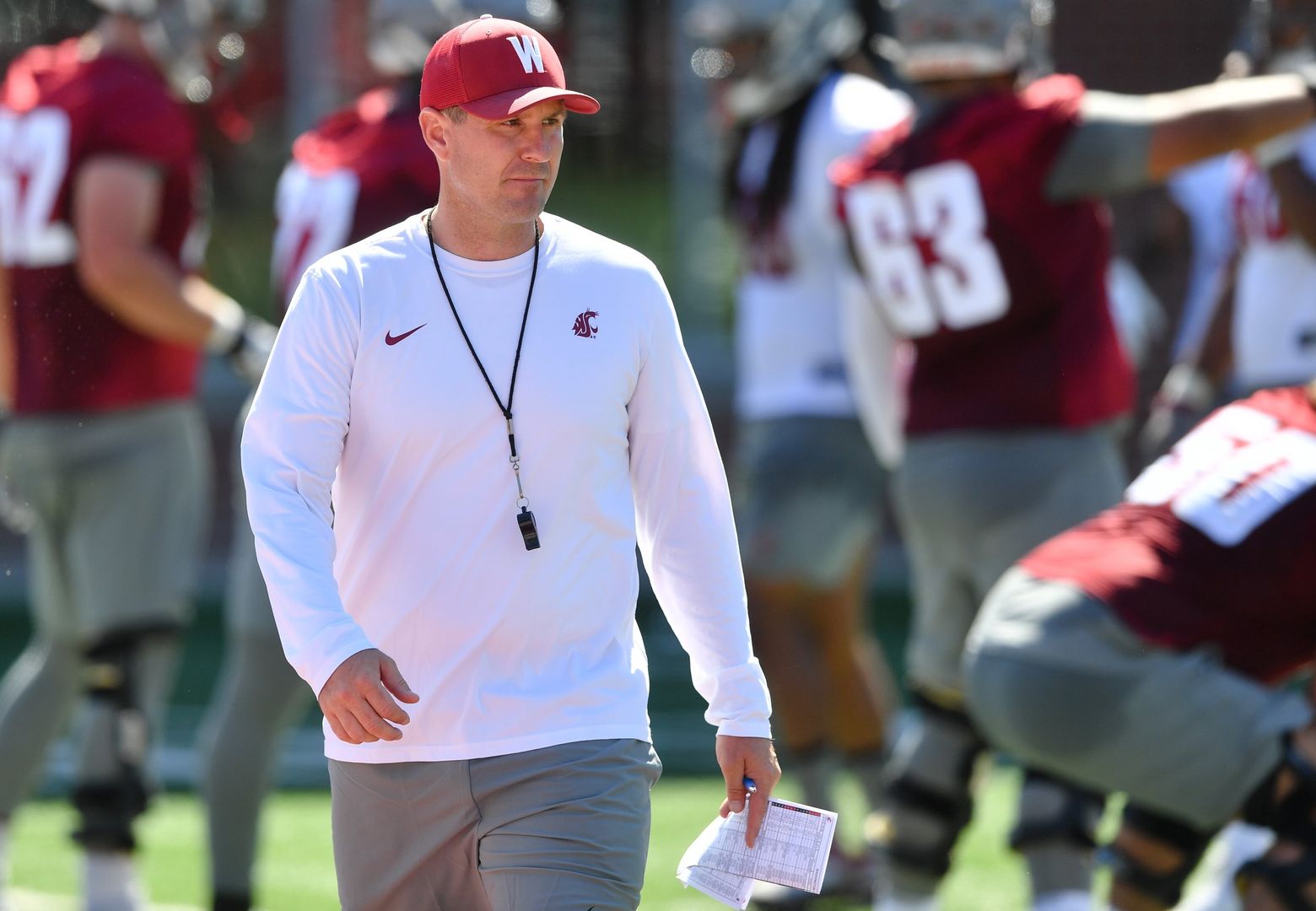 But that won’t be the first game for an Inland Northwest school. Eastern has that honor, hosting Tennessee State earlier the same day. Once the football starts bouncing around the Roos Field turf sometime after 1 p.m., the area schedule will be officially underway.

And our Saturdays are no longer our own.

Not if you own even one WSU or Idaho or EWU or Whitworth sweatshirt, T-shirt or ball cap.

Football is part of the college experience. Once can argue it is an oversized part, good or bad, no matter what level of competition your school experiences. It draws together students on campus who study anthropology and sociology, or math and science, or words and wisdom. One communal group out of many for three, four or more hours each late summer and fall Saturday. Or Thursday or Friday night, if the networks want.

The experience is the same, for them at least, whether your school is a member of the Pac-12 or the Northwest Conference. Unlike the actual players. Some levels have evolved from being solely about the game itself to more real-world concerns revolving round image and finances. Other levels are still grounded in the collegiate traditions of amateurism and educational exceptionalism a bit more. Either way, the Saturday events are still something special for those in the stands. 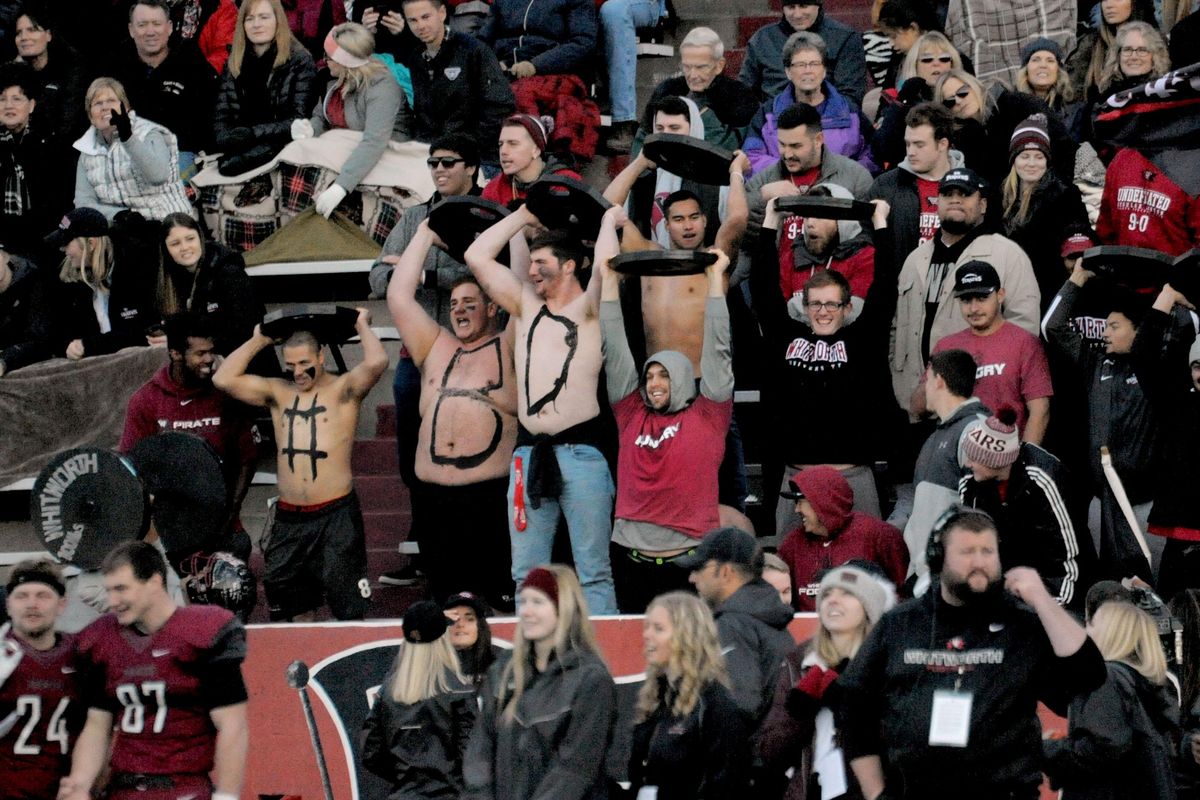 They don’t happen by accident, either. Whether it be at the Pine Bowl or at Martin Stadium, hours and hours of work go into making sure everything, from the yard markers to the concessions, run smoothly. Like the players’ reps, those hours have already begun. Come September, everything should be running smoothly on and off the field.

• There is one aspect of the college game we would love to be able to eliminate if we could. But we don’t own Harry Potter’s wand. And magic is about the only way to get rid of injuries.

They happen. Seemingly every day. Players understand it. Coaches plan for it. Everyone deplores it. But it isn’t changing. And the wrong one could change the course of a team’s season. Though that is not our main focus this morning.

Take, for example, the Cougars. Washington State is always on the razor’s edge when it comes to depth. A year with limited injuries, especially at certain spots, usually translates into a successful one. The opposite is also true.

This year the Cougars entered training camp with the goal of rebuilding their offensive line. There were lots of openings and not all that many players with experience in line to fill them. After Friday’s practice, there may even be two fewer available.

Which is sad. No, not because if certain players are hurt WSU’s fortunes will suffer. What we are referring to is the pain and heartbreak the players themselves will have to endure. Never forget each player is someone with a family that loves them, enjoying hope and dreams, driven by plans for the future.

Injuries, small or large, puts stress on all of it.

Next time you read about Player X going down with an injury don’t let your first thought stray towards the impact it will have on the team’s season. Focus first on the player and their future battles. Have empathy. Display compassion. Be thoughtful in your comments. Honor their effort. 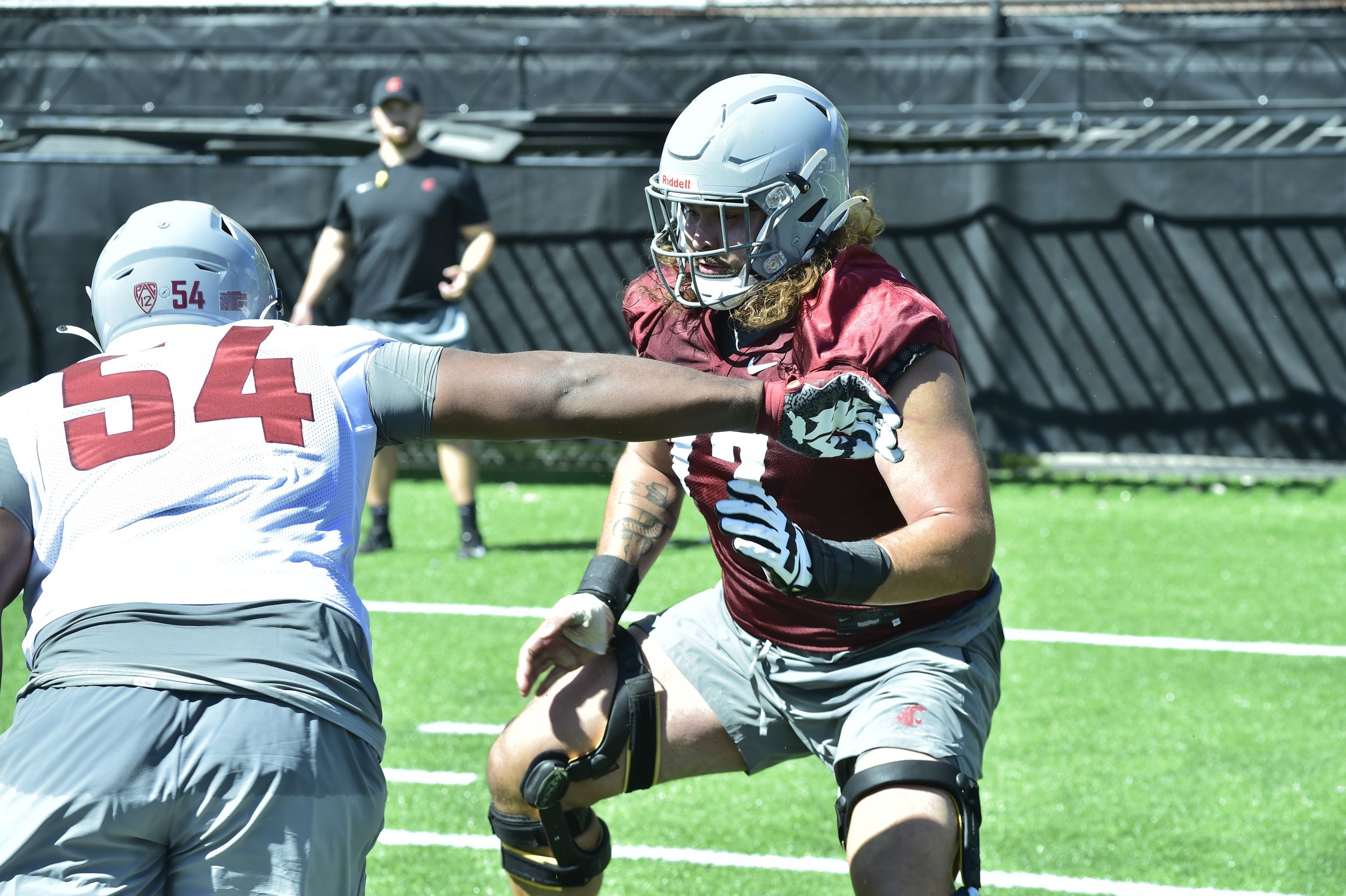 WSU: Our thoughts about injuries above? They were triggered by the news Friday Colton Clark shares in this practice notebook. A couple of offensive linemen were hurt during the course of the day. Hopefully, whatever happened wasn’t too bad and they will be back soon. … Elsewhere in the Pac-12 and college football, Jon Wilner answers some key questions in this S-R column. … Washington is in the middle of preseason camp and all eyes are on the quarterbacks. … Oregon kicked off preseason camp yesterday with just about everyone available. The Ducks have a lot of questions to answer but are still one of the conference favorites. … Oregon State is ready to challenge for the top spot as well, which is a long way from where the Beavers were just a couple years ago. … Even if the Colorado defense is better, the Buffs aren’t going to win consistently. … Utah will and big reason why is Cam Rising. … USC will take the field with a rebuilt roster thanks to the portal. … UCLA has a strong, home-grown leader at quarterback. … Arizona is already in pads and hitting hard. 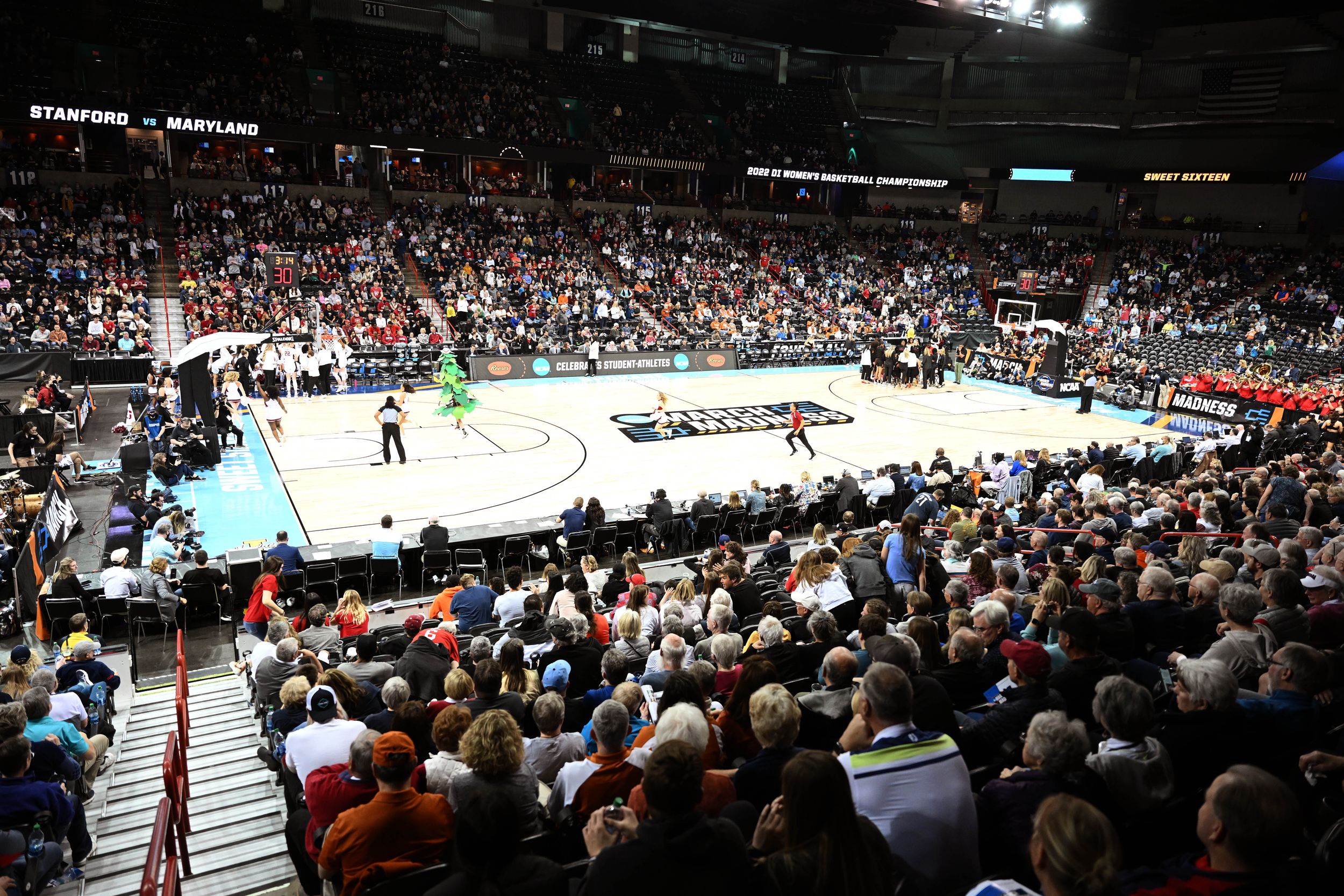 Gonzaga: The NCAA women’s basketball tournament is changing, beginning in the upcoming season. Instead of four regional sites, as has been the case for years, there will be two, eight-team super-regional ones. As Jim Allen tells us, Spokane is still on the schedule and will host a super-regional in 2025. … There was another change in last season’s tournament. Officials for the women’s games were once again paid the same as the men. But that’s not the case for most regular season contests.

Idaho: The Vandals were back at it Friday and we can pass along this practice report. … Around the Big Sky, Northern Arizona hopes to have better depth this season. … Here is a look at Northern Colorado’s opponents, one by one. … UC Davis has begun camp. … Acronyms are a big deal for Weber State. 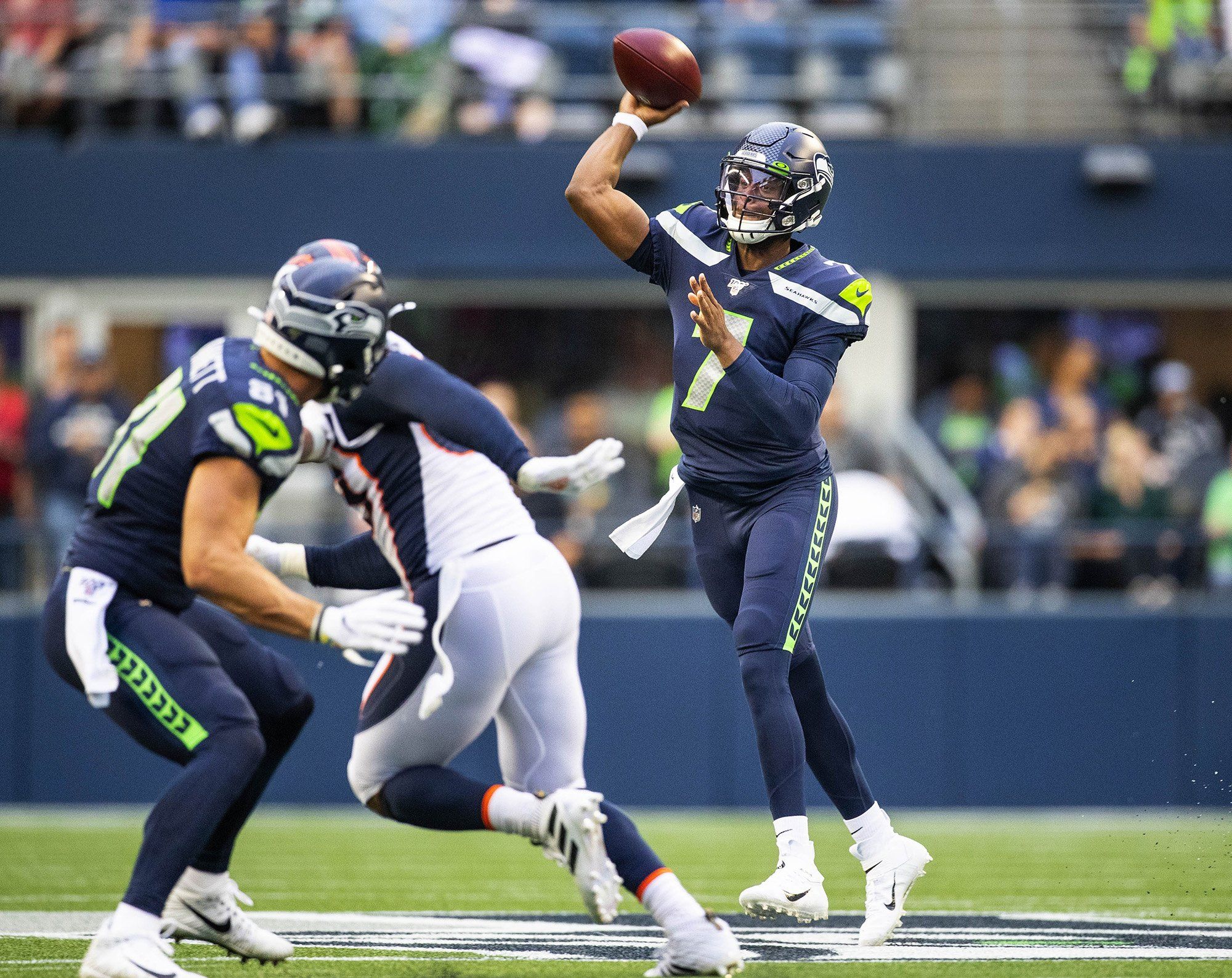 Seahawks: So who is going to be the quarterback? Will it be steady Geno Smith, who is leading the competition currently? Or will it be Drew Lock, who makes more big plays but takes more big risks? Good question. … There is a new center anchoring the offensive line. … Pete Carroll was back at practice, wearing a mask after his COVID-19 issues. … NFL dreams die hard, if they die at all.

Mariners: To be honest, the current M’s lineup, even with Ty France back last night, isn’t going to get it done consistently. Robbie Ray had to battle but he threw well. And yet Seattle trailed 3-0 going into the bottom of the ninth against the woeful Angels. Yes, the M’s tied the game – France delivered the big hit – but they lost it in the 10th, 4-3. … Jake Lamb, another player who grew up in the Seattle area, is happy to be part of the Mariners’ run.

Sounders: Not only does Seattle travel to Atlanta for another key MLS matchup, the Sounders face an old assistant coach.

• Seems like a good day to do about anything. What would you suggest? Not sure we want to spend the day working in the yard. Or watching TV. Maybe we should load up the family truckster and take a drive around the beautiful Inland Northwest. Take a long walk through Turnbull. Get a hamburger at Hudson’s. Or head up to Loon Lake and knock on my former boss’ door. See if he’ll take us out on the water. After all, he owes us. We always made him look good. Until later …