A GRIP ON SPORTS • There are many ways to measure greatness. Too many, actually. Which is why it is nearly impossible to determine who is the greatest of all time in any sport. Even in individual ones like tennis. We can say, without hesitation, however, one of the greatest to ever pick up a racket is leaving the game later this year.

• Serena Williams announced this morning she has decided to step away from the game after the U.S. Open. She refused to call it a retirement – saying she didn’t like the word – but that’s what it is. As a tennis player, anyway. At 40, Williams has earned the right to call it whatever she wants. She dominated the game for two decades, a run that is unmatched on the women’s side.

But will she retire as the best there ever was? 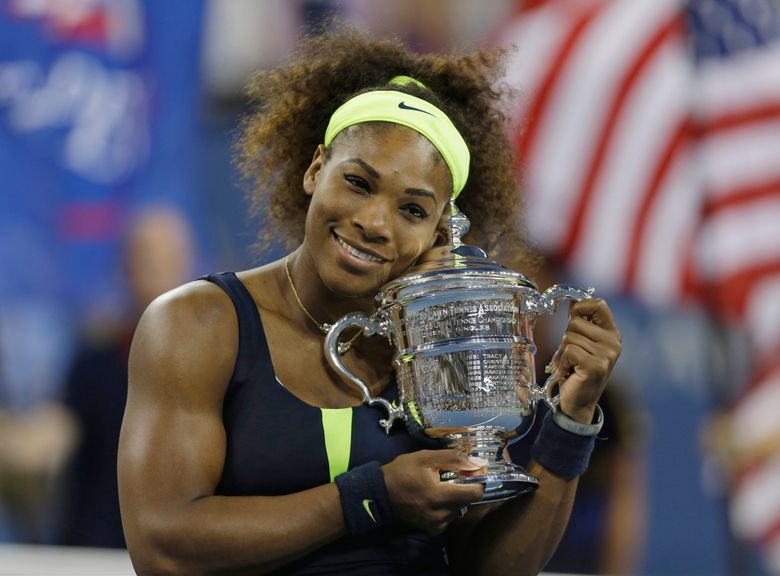 By one measure, certainly. As we said, she’s been the best in the most modern era of tennis. And, as athletics evolve constantly and every game improves as time goes on, the best now is usually the best ever. It’s the same in every sport.

And yet that doesn’t satisfy our hunger to definitively decide who is the greatest female player to ever pick up a racket. For that, we have to be more analytical. More compartmentalized. We have to focus on each great player and how they dominated their era. After all, as games change, it’s unfair to eliminate the greats of the past, or to automatically anoint the greats of the present, just because equipment and rules and training techniques have changed.

Which brings us to Williams and those who preceded her. And brings us back to the first sentence. There are many ways to measure greatness.

In tennis, the most common way is Grand Slam tournament titles. Singles titles, actually, as there are more trophies to be won at the Australian Open, the French Open, Wimbledon and the U.S. Open.

Margaret Court’s 24 singles titles is a number Serena has been chasing for the past five years, ever since she won her 23rd (and last) Grand Slam title in Melbourne in 2017.

Since then, injuries and motherhood and a pandemic and a raft of young players have kept her from tying the Australian great who won her titles in a 12-year span during the 1960s and early ‘70s.

But are Grand Slam titles actually the best way to rank the best of all-time? After all, 11 of Court’s titles came in her home country at a time when not everyone wanted to make the long journey to Australia.

There are other elements inherent in Grand Slam totals as well.

Steffi Graf, who ranks third with 22 single titles, dominated an era in which there wasn’t much competition.

Court had to deal with Billie Jean King, who won 13 titles of her own in a roughly similar time period. Williams had her sister Venus and Justin Henin, a duo that split 14 titles, in the early part of her run.

Graf? Only Monica Seles poised much of a challenge in the 1990s and a crazed German fan ended that after Seles won the eighth of her nine titles in 1993.

Chris Evert (18) and Martina Navratilova (18) ruined each other’s chances to catch Court, as the two basically split the available titles in the late 1970s and ‘80s.

Which brings us back to Williams. Numerically, she will finish one Grand Slam title short of being atop the list. Aesthetically, the beauty of her game is hard to argue with, though the same could be said of Court as well (watch some video clips if you can). But physically? No one before, not even Navratilova or Graf, dominated the game so thoroughly through pure athleticism and power. She was a joy to watch.

The most important number might not say it, for whatever reason, but Williams will leave the game as the best there ever was. At least until someone else comes along. 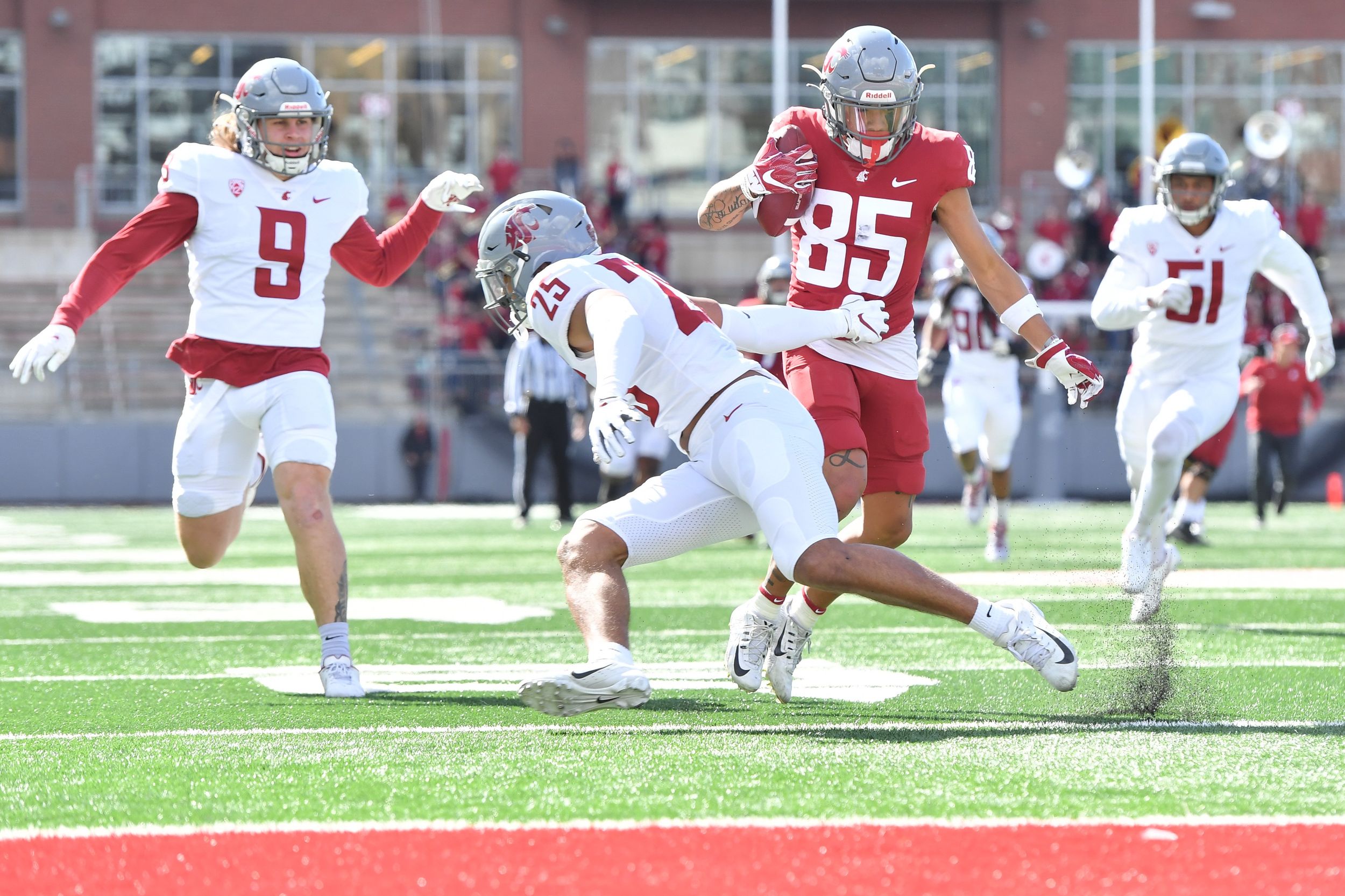 WSU: A pass-oriented offense needs time to develop. Not just in the overall sense but in the play-by-play sense as well. Give Cameron Ward and his receivers time and they’ll carve up a defense. That was evident Monday at the Cougars’ practice, as Colton Clark’s notebook highlights. … It’s been a while since Robert Franks played in Pullman. A while in time and a while in the geographic sense. Theo Lawson caught up with the former WSU basketball star for this story. … Elsewhere in the Pac-12 and college football, it’s poll season. The coaches’ preseason poll was released yesterday and the A.P. poll will follow soon. Jon Wilner explains his votes. … Wilner also takes a look this morning in the Mercury News at the biggest trap games for conference schools. … Washington is four practices into its season. The media will only get to observe six. … Bumps and bruises always accompany preseason practices. It’s no different at Oregon. … Oregon State’s future is up in the air a bit. … A change not only can be good for players but for schools such as Colorado as well. … Just how good can Utah be? Depends on a few things, though the Utes’ practice helmets may not be crucial to their success. … The offseason was different at USC and that may lead to better results during the season. … Arizona is hoping to attract more fans this year.

Golf: The U.S. Amateur is just around the corner. Jim Meehan’s column this week takes a look at a Spokane player who qualified for one of the toughest tests in the game. … Local junior results highlight the S-R’s latest local sports roundup.

Mariners: Seattle has been treading water since the All-Star break. That continued last night as the Yankees pounded an obviously tired Logan Gilbert en route to a 9-4 victory at T-Mobile. … A couple of injured players are about ready to return but the key one, Julio Rodriguez, may not be ready just yet.

Seahawks: We know how good Abe Lucas is. Seen it for the past five years or so. Now Hawk fans that don’t follow Washington State are finding out as well. He’s been starting at right tackle. … Size matters in football. Tight end Colby Parkinson is trying to prove that to be true. … Boo Russell Wilson? It is going to happen.

Storm: Crowds have been turning out for the Sue Bird retirement tour.

• Looking through the list of women’s Grand Slam singles champions this morning was like taking that first walk around the block in the spring. You remember everything but it all looks different. Can it really be almost 50 years since Court won her final Grand Slam? Or the first of Evert’s? Heck, it’s been 30 years since Seles had her burst in which she won seven of 12 Grand Slam titles. And more than two decades since Williams burst onto the scene with the final U.S. Open title of the 20th Century. We remember many of those events as if it were yesterday. Though we don’t remember yesterday all that well. Until later …